15 Best Things to do in Turin (Italy) 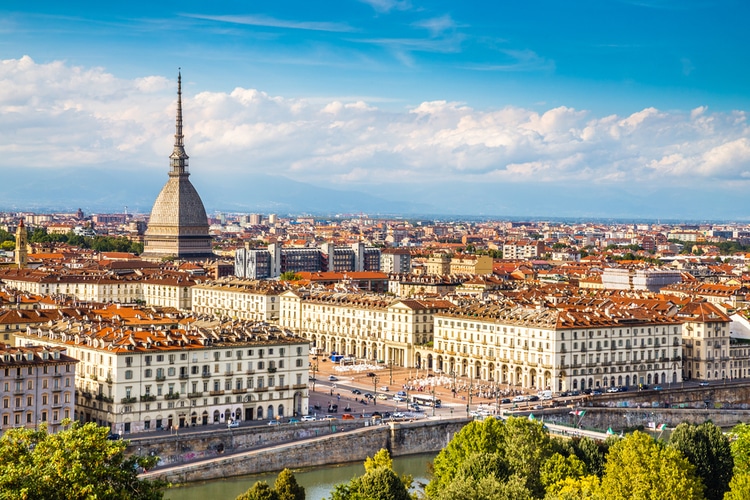 Here’s a list of the 15 best things to do in Turin in Italy, along with famous landmarks, museums, and other points of interest.

Turin is one of the most populated cities in Italy, located in the northern part of the country, in the Piedmont region. The city was a major political center in Europe from the 16th century, and it even served as the very first capital of the Kingdom of Italy in the 19th century.

Since then, Turin has developed into a business and cultural center that is included in Italy’s “industrial triangle” with Genoa and Milan. Thanks to its rich history and cultural scene, there are numerous interesting attractions, including beautiful palaces, charming piazzas, and art galleries.

The city of Turin is also famous for its elegant architecture that mixes various styles such as Renaissance, Rococo, Neo-classical, Baroque, and even Art Nouveau.

In this article, I’m sharing some of the best places to visit in Turin, Italy as well as attractions and interesting facts about the city.

The Shroud of Turin is perhaps the most interesting artifact that is kept in the Cathedral of Turin. It is a linen cloth bearing the image of a man, claimed to be the burial shroud in which Jesus of Nazareth was wrapped.

Even though the shroud is believed to be fake, it is still an artifact surrounded by mystery as the catholic church has never confirmed or denied the authenticity of this historic item. Every year thousands of Christians come here to worship at this holy place. 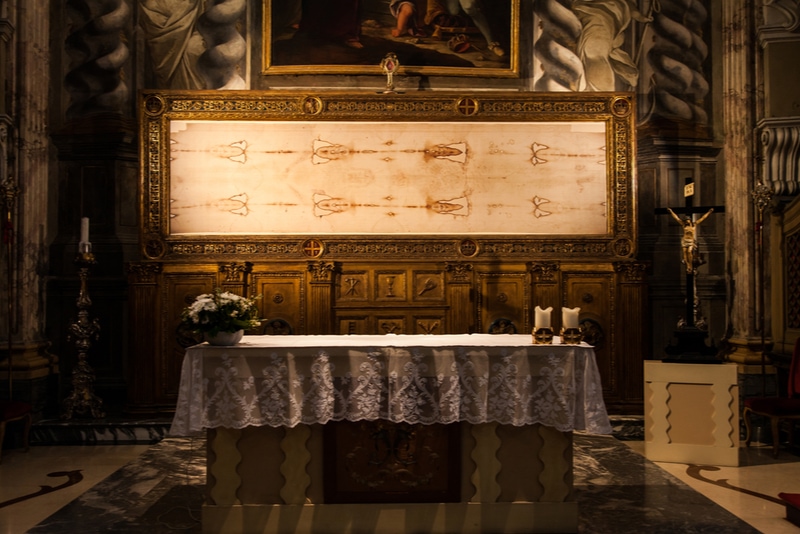 The Mole Antonelliana is one of the most significant landmarks of the city of Turin. The construction of the building was finished in 1889 and houses the National Museum of Cinema.

The magnificent structure is 168 m high and is featured on the Italian 2 cent euro coin. The observation deck is located 85 m above ground and offers great views of the city and on clear days the Alps to the north of Turin. 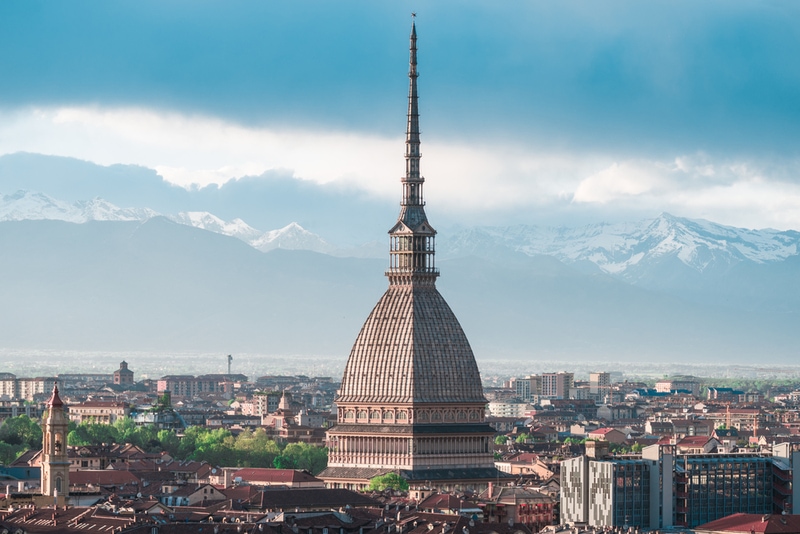 The Palazzo Reale used to be the center of Turin’s political heart. The Royal Palace was the home of the House of Savoy and was used as the representative building of the various kings that lived here.

The Palazzo Reale is a great example of an elegant combination of different architectural styles. Highlights of the palace are the elegant facade and the luxurious interior with its furnished rooms. 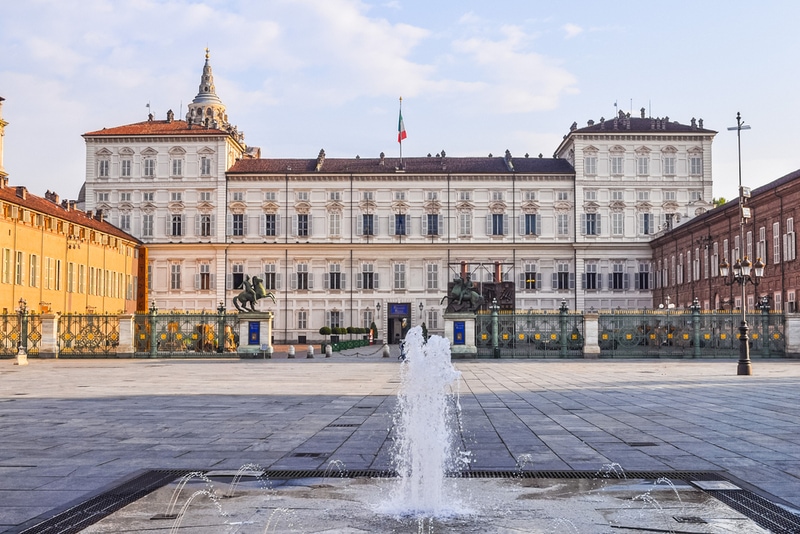 The Museo Egizio was founded in 1824 and is one of the oldest and most prestigious museums dedicated to the culture of ancient Egypt. Few places in the world are as suitable for learning about the old Egyptian pharaohs than the Museo Egizio.

The exhibits are very interesting for history buffs like myself, and they’re very well presented, using state of the art technology. An interesting aspect of the museum is its large library. It is accessible to everyone but requires prior reservation. 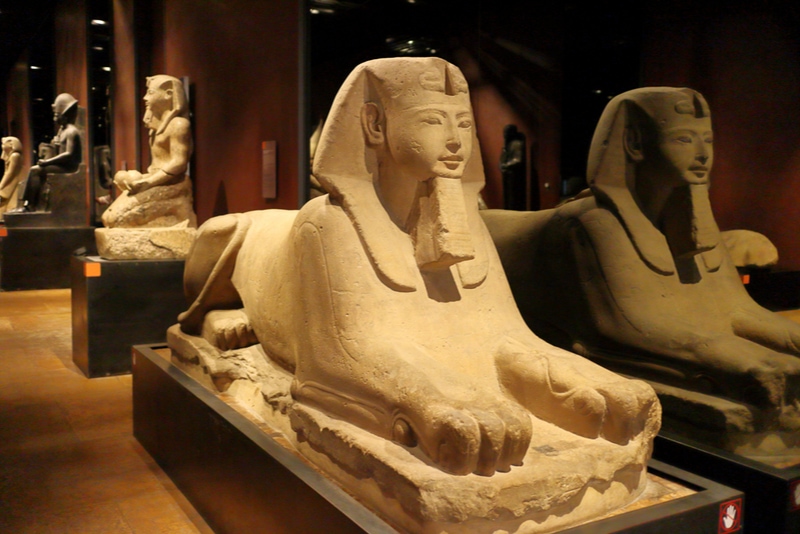 Juventus F.C. is one of the most famous teams in Italy, and the club has won a total of 36 league-titles through the years. This historic football club has continuously been one of the greatest football teams in Europe for the last decades.

Since the arrival of Christiano Ronaldo, the club has further claimed its status as one of the biggest brands in the global world of football. Some of the most famous football players have been playing here during their careers, including Zlatan Ibrahimovic, Alessandro del Piero, Gianluigi Buffon, and many more.

The Old Lady, as the club is often called, plays their home games in the modern Juventus Stadium (inaugurated in 2011). Visiting a Juventus home game is an unforgettable experience for football-fans and shouldn’t be missed. 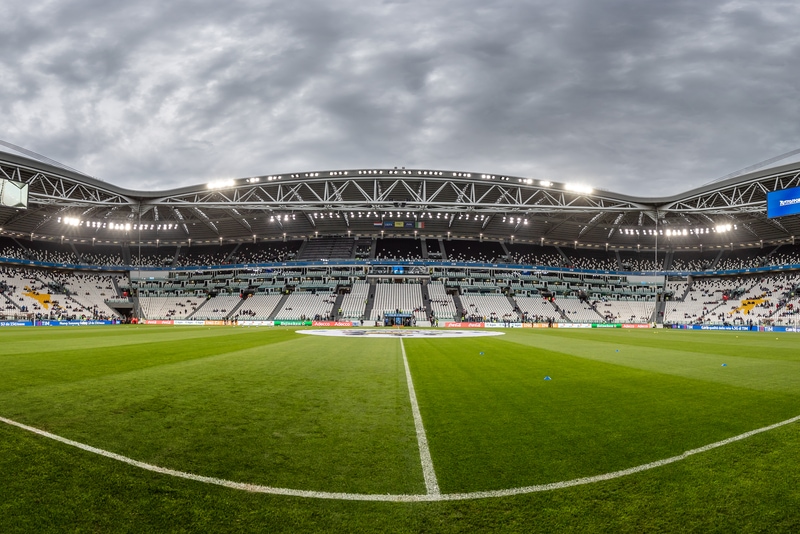 The Museo Nazionale dell’Automobile boasts a collection of almost 200 cars from around 80 brands. The huge 11,000 square meters sized museum is considered one of the best in Europe.

The museum features its own library, a documentation center, and a bookshop. A true paradise for car lovers. The Museo Nazionale dell’Automobile puts a special emphasis on Italian car manufacturing and its history.

The first-ever built Italian cars, a Bernardi from 1896 and a Fiat from 1899, are also featured in the collection. 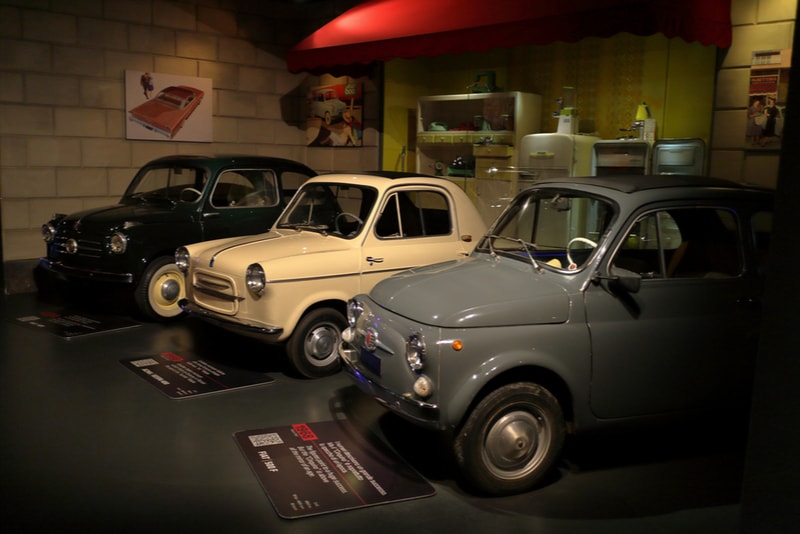 The National Museum of Cinema (Museo Nazionale del Cinema) is located in the Mole Antonelliana. The collector Maria Adriana Prolo has amassed an impressive array of exhibits of the history of cinema in Italy and beyond.

The collection consists of an unbelievable 300,000 film posters, 12,000 movie reels, 80,000 pictures, and much more. Annually the Torino Film Festival is held at the museum, a great time of the year to travel to Turin.

Don’t miss the panoramic glass elevator on the inside. It was opened in 2000 and offers a great view of the city. 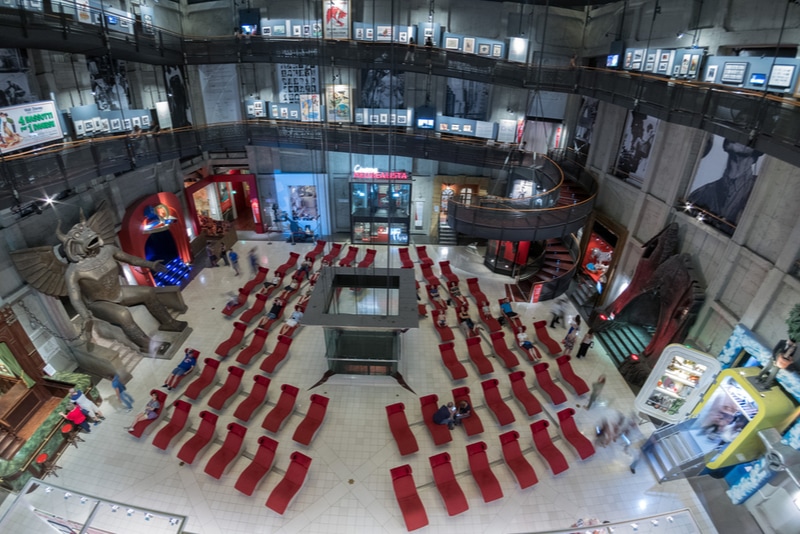 The Piazza Castello is the heart of the city. A square lined with many restaurants and bars that acts as a meeting point for residents and a steppingstone for sightseeing tours for guests.

The square is dominated by the impressive Palazzo Madama and the Monumento ai Cavalieri d’Italia located in front of it. Towards the north of the square is the Giardini Reali Inferiori, a beautiful park, and the Royal Palace. In the southern part of the square, you’ll find a commercial center with many shopping opportunities. 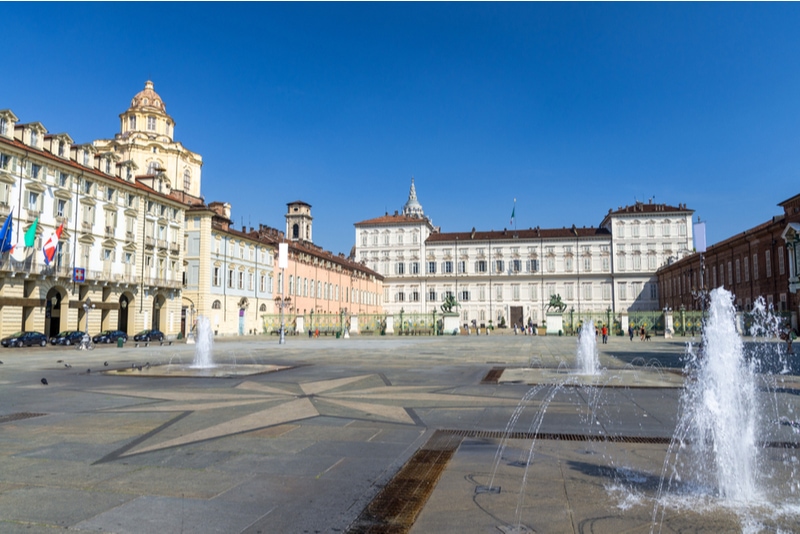 Castello Di Rivoli is located in a towering position on top of a hill to the west of the city center and houses the fantastic Museum of Contemporary Art. From the castello many beautiful views towards the mountains and the city can be enjoyed.

The castle is situated in the Area Attrezzata Collina di Rivoli, a tranquil park. The Museum of Contemporary Art is what draws most of the visitors here, it is one of the highlights of Turin and considered one of the best art museums in Italy.

This museum combines the beautiful architecture of the Castello di Rivoli with an impressive collection of works of contemporary international and radical art movements. 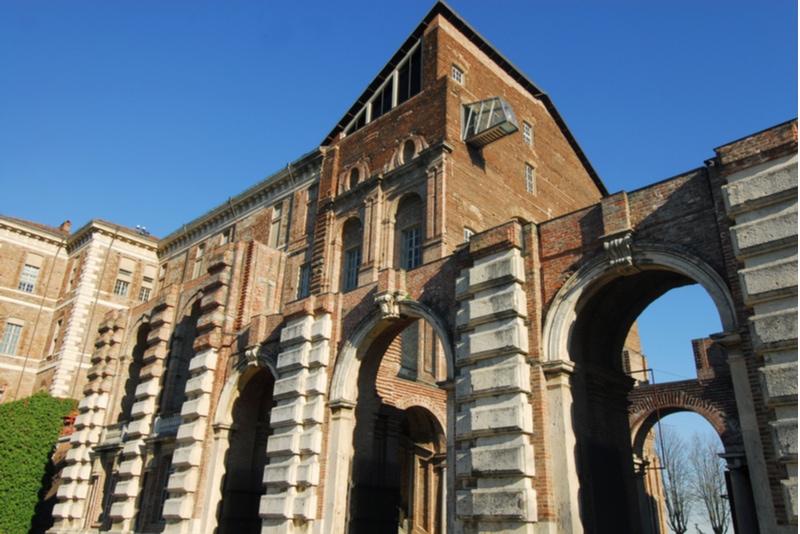 Turin was founded by the Romans and the Quadrilatero Romano district is named after the ancient Roman city plan. The neighborhood is characterized by its many narrow, cobbled streets and is today mostly a pedestrian area

. It is a very inviting area for a walk if you like the historic flair of the old-world. Many roman monuments, medieval towers and buildings of the Renaissance can be found here. During the night the Quadrilatero Romano turns into a popular place for young party crowds. 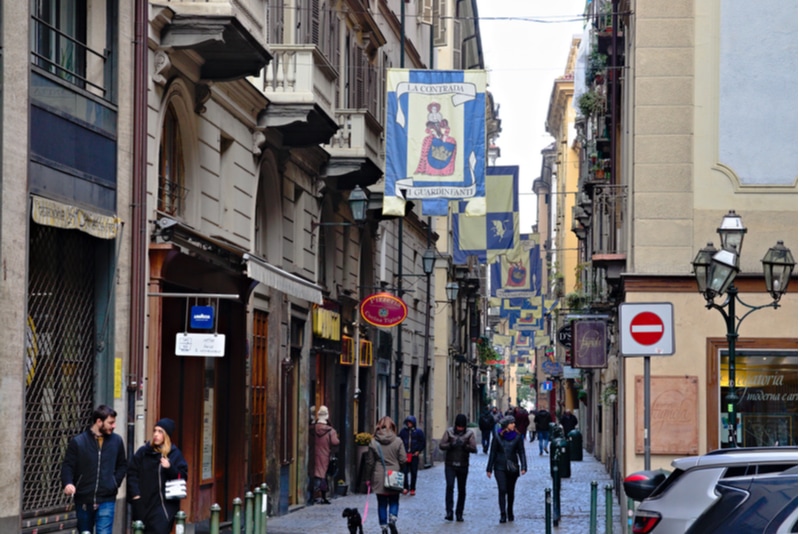 The Basilica di Superga is one of the most beautiful and elegant buildings of Turin. It is the work of the famous Baroque architect Filippo Juvarra and stands on top of a hill, which allows great views of the city.

The Juvarrian Dome of the basilica and the two bell towers are marvelous examples of the great design of the structure. 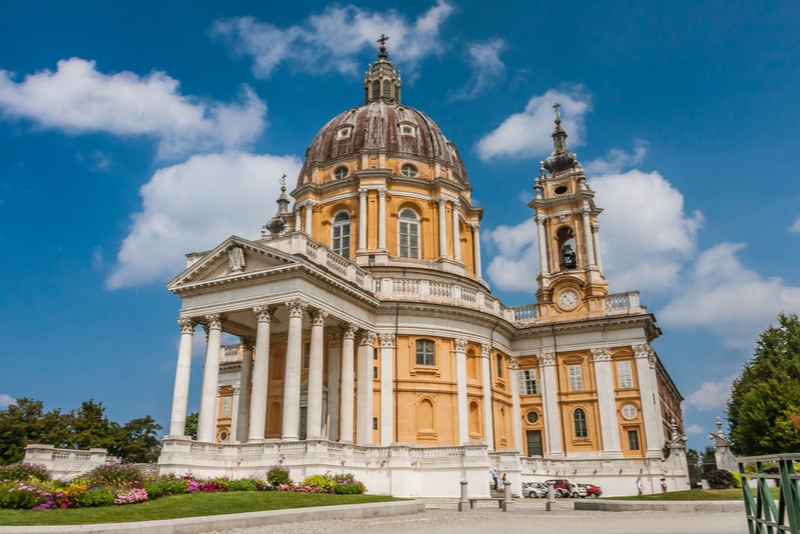 The Balon Flea Market is a great attraction for shopping-lovers. It is located behind the Porta Palazzo and is characterized by how lively and bustling it is. Every second Sunday many antique shops open here and sell great local crafts.

The hot air balloon that takes off from the Flea Market has become one of the symbols of the area. Multiple times a day it rises to 150 meters and gives passengers a great view over the surroundings. Many bars and restaurants surround the market to take care of hungry shoppers. 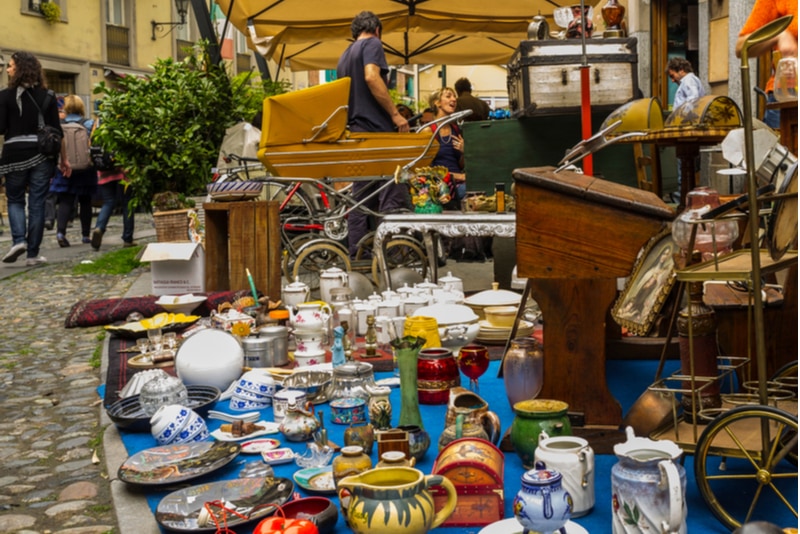 The Museum of Eastern Art is another one of Turin’s most interesting museums. It is located right in the middle of the city center and offers its visitors a great in-depth insight into the culture and art of many Asian countries.

A unique aspect of the MAO is that it aims at making its visitors understand the cultural concepts and environmental backgrounds that the exhibits come from. 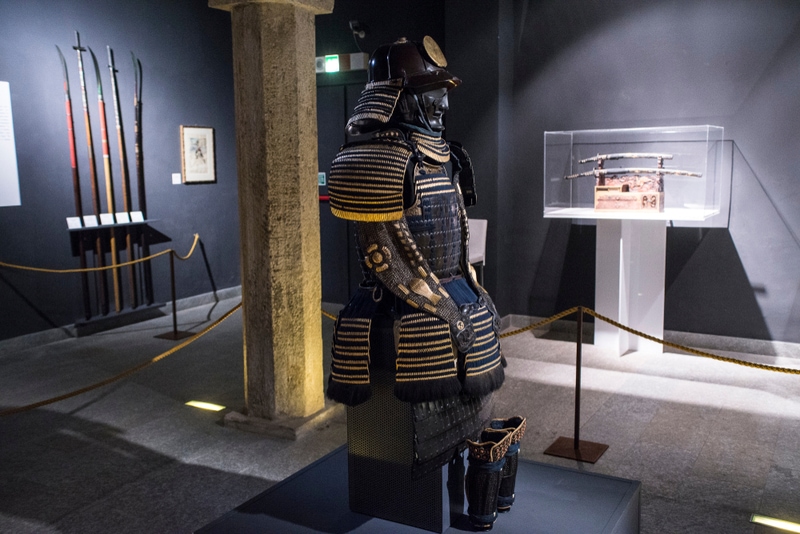 The Royal Theater was inaugurated in 1740 and interestingly, only served this role until 1792 when it was turned into a warehouse on royal orders. Following the years of the Napoleonic rule over Turin, the theater went through times of financial crisis and in 1936 completely burned down.

It was only in 1973 that the Teatro Regio reopened with a production of the opera “I vespri siciliani”. Today the theater is a modern opera venue with a seating capacity of 1750 and great acoustics. Both contemporary operas as well as operas from the 19th century are performed here. 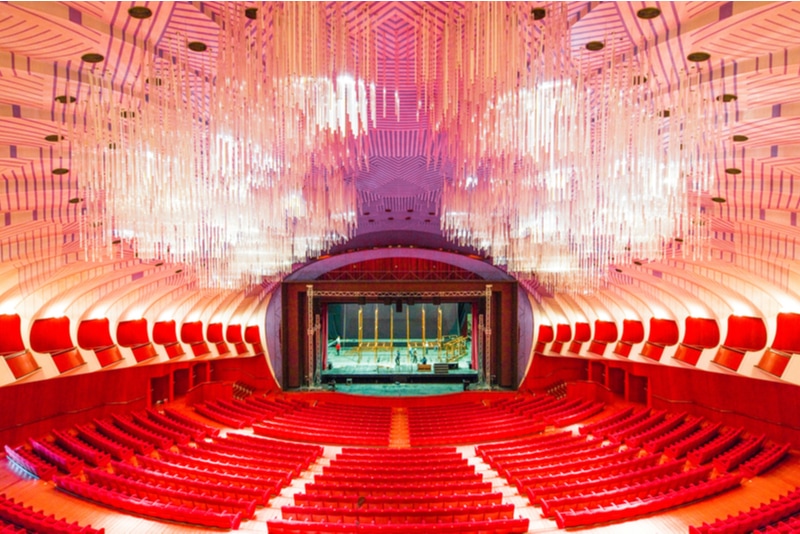 The Palatine Gate is located just a few meters north of some of the historical highlights like the Royal Palace and is one of the most impressive buildings of Turin.

The gate was built during the Roman Age and acted as the main city cate, allowing access to the area within the city walls from the North. The Porta Palatina is one of the best-preserved remnants of the Roman era in Turin.

The Porta Palatina and the ruins of the ancient theater were declared an Archaeological Park in 2006. The Roman city gate is a must-visit when coming to Turin. 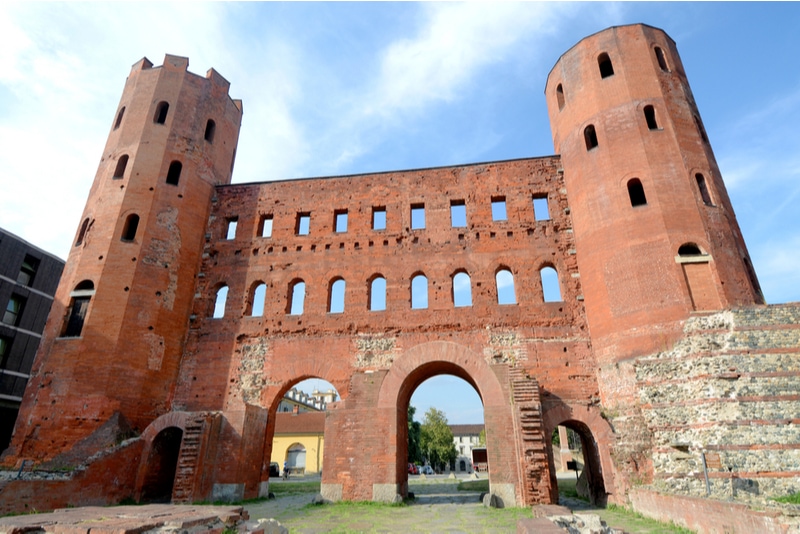 Want more recommendations on things to do in Turin, Italy? Leave a comment below! 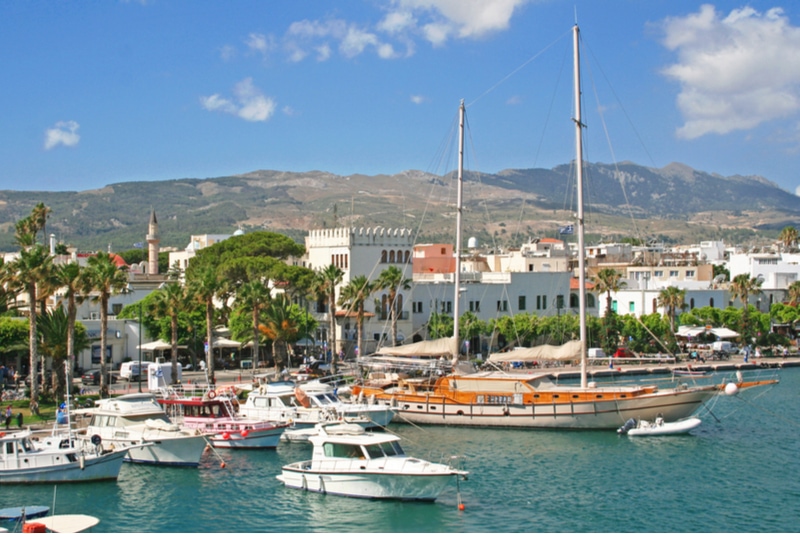 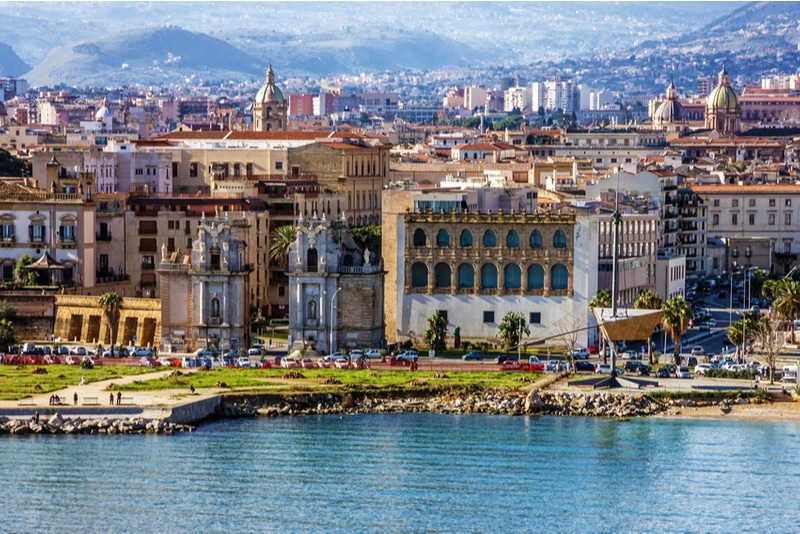