Posted on Last updated: 09/30/2019
Category: Categories Around the World 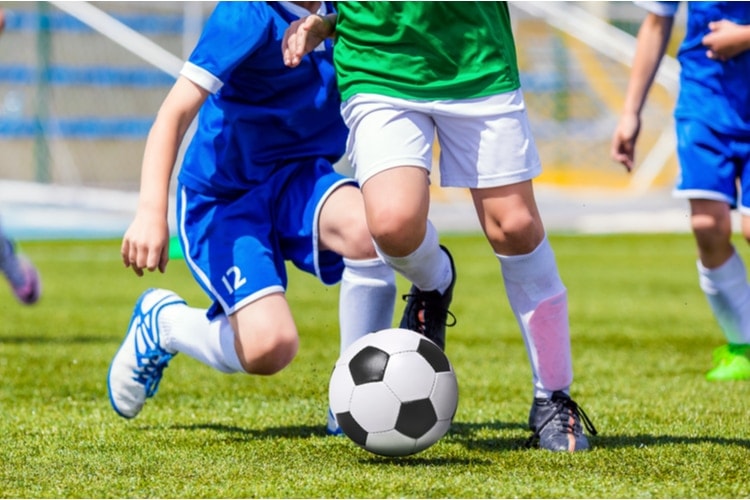 Want to know more about football? Here are 25 Interesting Facts about Football that you probably didn’t know before reading this!

With a father playing football, I was literally born into the football world, and when I was four years old I went to my first football practice with a professional club in my hometown.

I have always had a love for the game, and it truly is one of the greatest sports of all times.

Football is the most popular sport in the world

There are more than 265 million players in the world, and an estimated 4 billion people are actively watching the sport from time to time, which without a doubt makes it the most popular sport in the world.

It was invented in China around 476 B.C

Today it might be unimaginable that football is thought to have originated in China, considering that their national team currently is ranked only at 86th place in the FIFA World Ranking.

But most experts agree that the original sport was invented sometime around 476 BC in China, where it was known as Cuju. Later throughout history, there has been a wide range of various ball games in Ancient Greece, the Mayan Empire, and England just to mention a few. 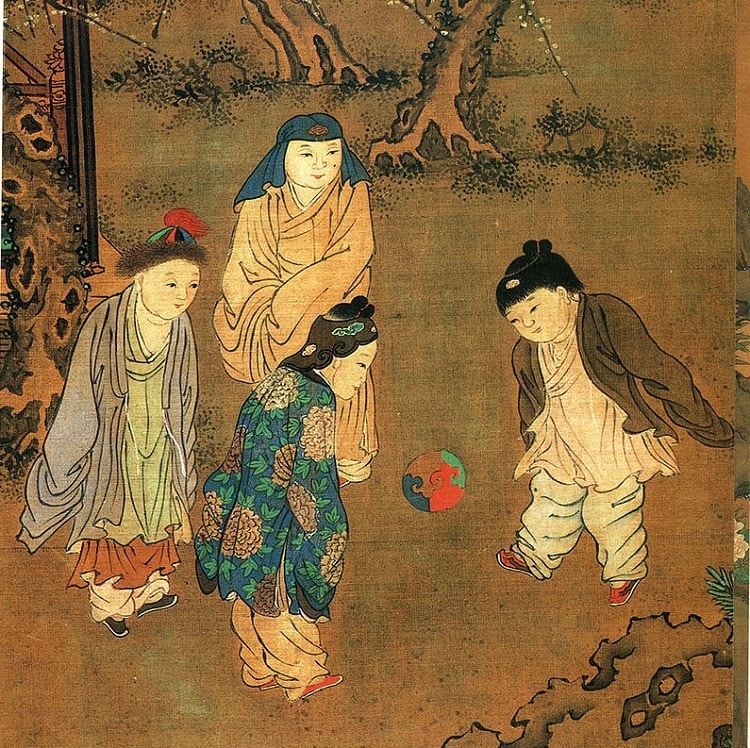 The FIFA World Cup is the world’s most-watched sports event and the estimated number of people who watched the latest World Cup is set to a little more than 3.5 billion people, which was a new record.

An estimated 1 billion people watched the FIFA World Cup final between France and Croatia, where France was the victorious team.

Sheffield F.C. is the oldest football club in the world

Sheffield F.C is the oldest professional football club in the world and it was founded in 1857. The club is currently playing in the Northern Premier League Division One South East.

A professional game is always 90 minutes long divided into two halves of 45 minutes + stoppage time. The stoppage time is usually between 1 to 5 minutes depending on injuries and breaks in each half of the game.

The fastest goal ever scored took only 2.4 seconds

Nawaf Al-Abed scored after just 2.4 seconds and is usually credited the fastest goal ever scored. There are quite many examples of players who have scored within the first five seconds. 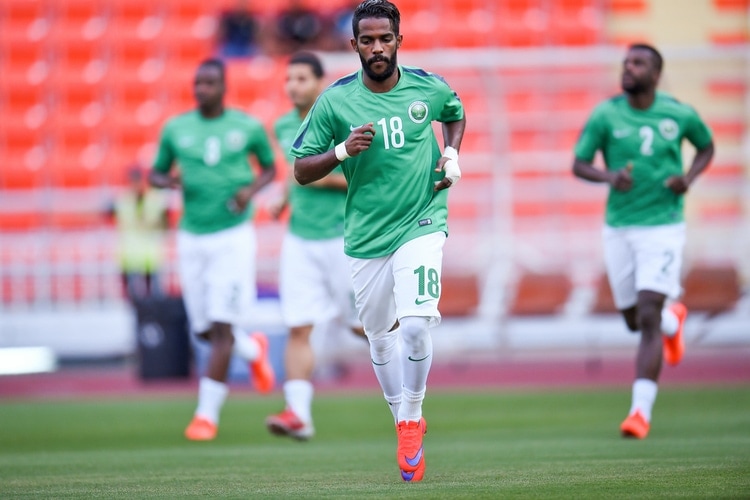 The majority of footballs are manufactured in Pakistan

Sialkot in Pakistan is famous for making the balls for FIFA World Cup since 1982. And some of the best balls are manufactured by hand-stitching in Pakistan. Adidas balls are for example made here and other high-quality balls.

Only 8 countries have won the World Cup

The Fifa World Cup has been ongoing every fourth year since 1930, and despite 21 tournaments being played since the first one in Uruguay, only 8 different countries have won the tournament.

Brazil has won the FIFA World Cup 5 times, which makes it the most successful national team of all times. 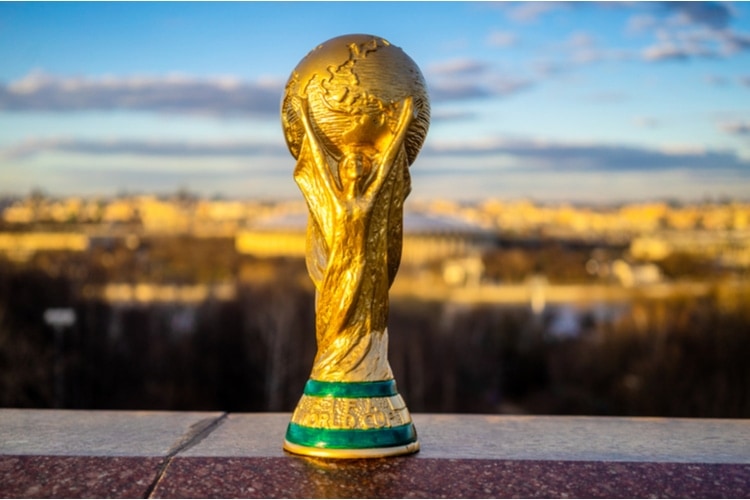 Americans and Canadians call it soccer

When an American is talking about football, they’re usually referring to American Football, which is one of the most popular sports in the United States.

Football in Canada refers to Canadian football, which is very similar to the American version. Canadians and Americans are the only ones in the world who call it soccer instead of football.

There are other variations of football

The most popular version is actually named Association Football but is almost always referred to just as football, or soccer by Americans and Canadians, a term which was first introduced in England.

Some other variations of the sport include futsal, eFootball, and beach football. 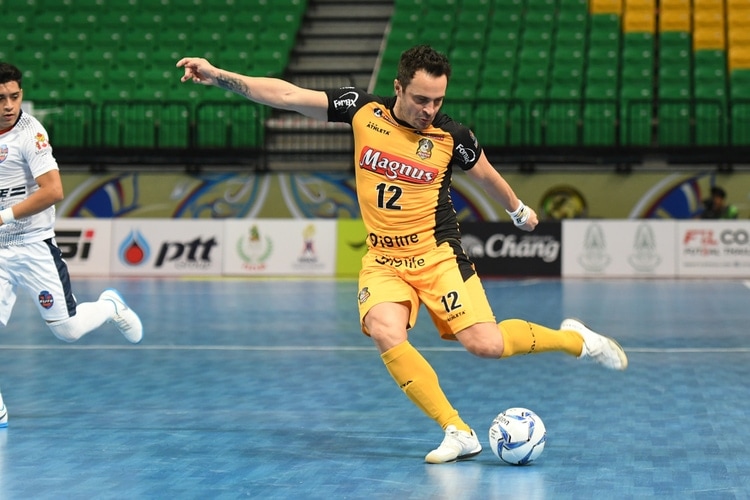 Football players can get yellow and red cards

A player can be given a yellow card or red card by the referee if they break any of the rules in the game. This can, for example, be a rough tackle, or saying something inappropriate to the referee.

If a player is given two yellow cards in the same game, they will get a red card and be sent off from the pitch.

The first international game ever was played in 1872

The first official international football match took place at Hamilton Crescent where Scotland played against England. It took place on 30 November 1872. and a total of 114 games have been played between the two national teams since then.

The largest football stadium is located in North Korea

The Rungrado 1st of May Stadium in Pyongyang is the biggest stadium in the world with a capacity of up to 150,000 people. Some sources claim that the stadium only has a capacity of 114,000, which would still rank as the #1 largest stadium.

However, the highest attendance ever recorded was at the Maracanã Stadium in 1950 where 199,854 people saw Uruguay vs Brazil. The current attendance is set to 78,838.

This is perhaps one of the most surprising facts about football because of North Korea’s totalitarian regime and almost unheard presence on the international scene. 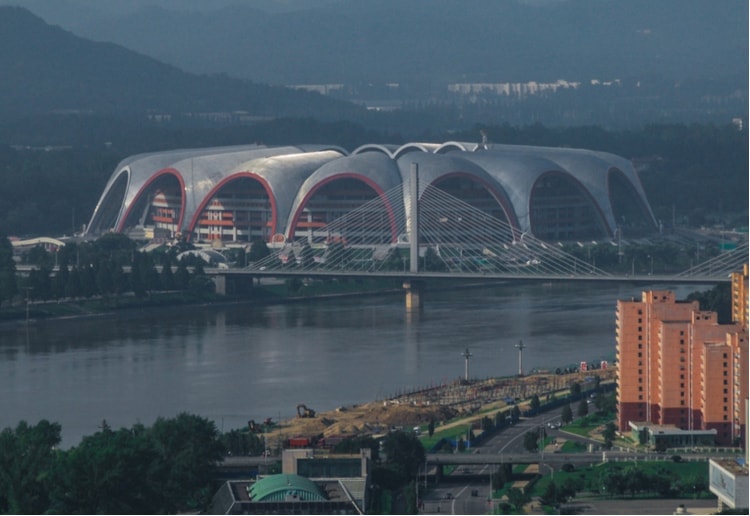 The Japanese football player and icon Kazuyoshi Miura, also known as Kazu is currently the oldest professional soccer player of all times. He’s 52 years old and broke the previous record that was held by Sir Stanley Mathews at age 50.

Kazuyoshi Miura is playing in the Japanese league at Yokohama FC.

Premier League is ranked as the best football league

The three main leagues are Spanish La Liga, Italian Serie A, and the English Premier League. There is always a debate between fans which league is the best, but for the moment most people are following the Premier League which gives the top lead.

Some other major leagues in Europe are the German Bundesliga, Dutch Eredivise, and Ligue 1 in France. The highest league in the United States is called Major League Soccer, or MLS. 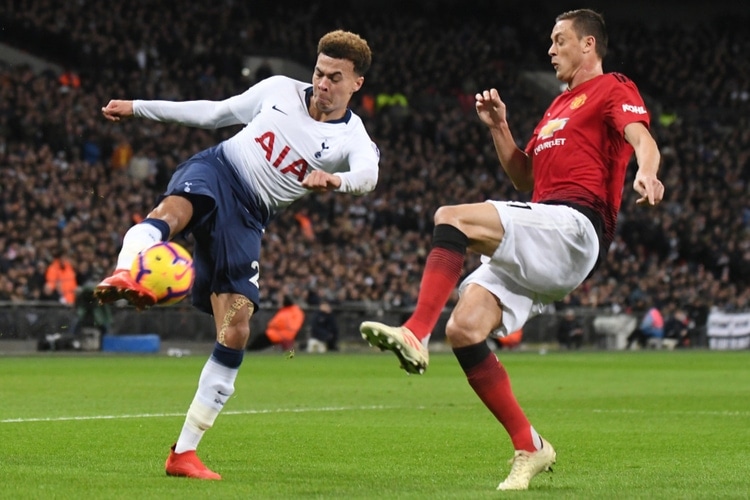 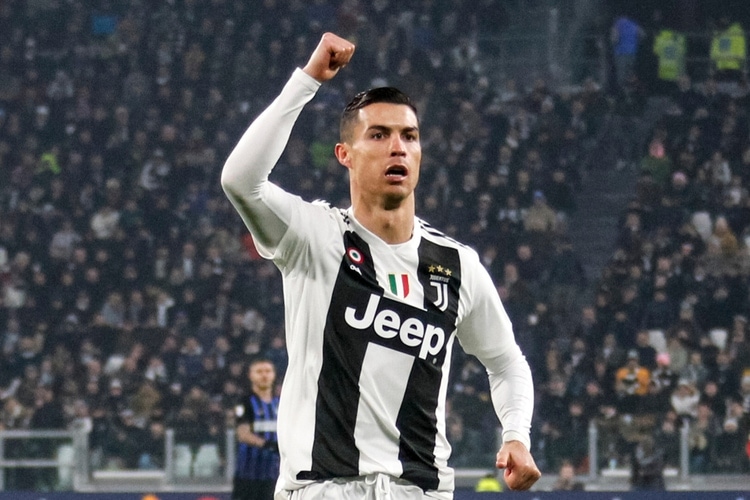 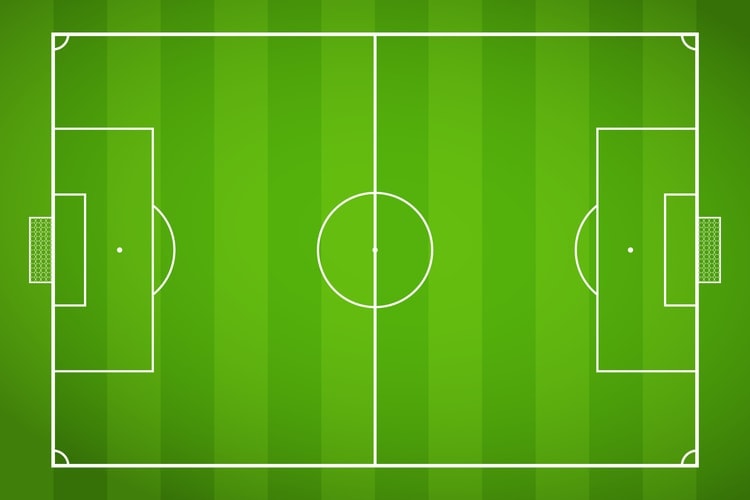 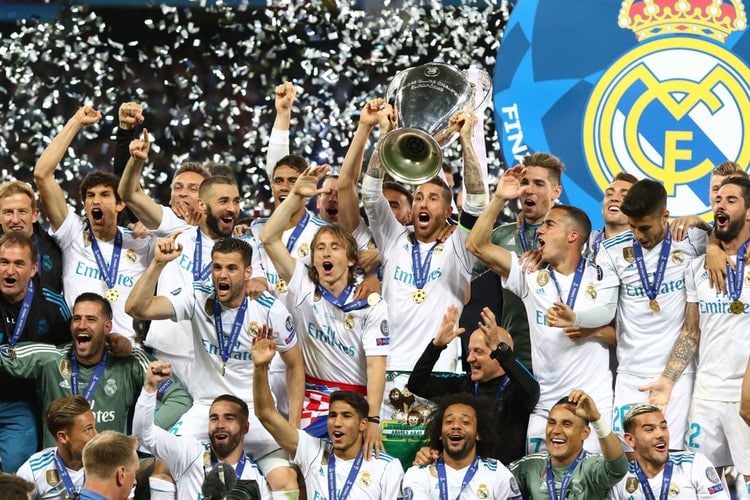 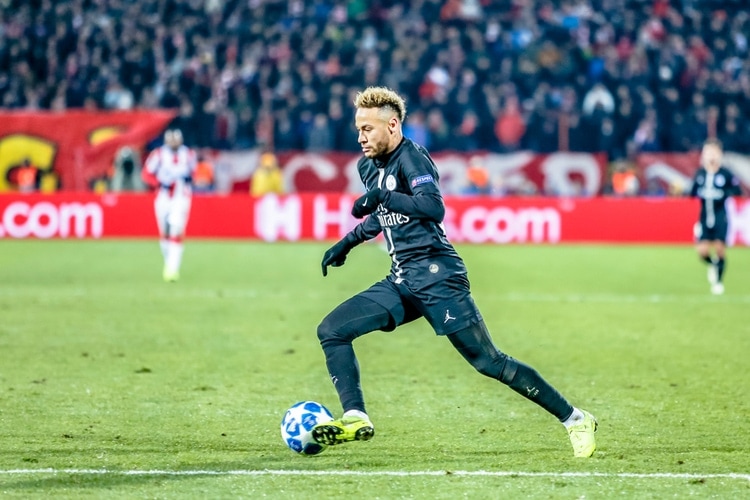 What is the biggest defeat in football history?

The biggest defeat in the football history of all times was in 1885 when Bon Accord lost against Arbroath by 0-36.

Who scored most goals in a single match?

Archie Thompson scored 13 goals for the Socceroos when Australia won over American Samoa by 31-0.

England invented football into what we know it as today, although the origins of the sport are Chinese. The first rules were decided back in 1863 and many changes and additions have been made since then.

One of the newest additions to the sport is the usage of VAR, also known as video assistant referee.

What are the 5 rules of football?

There are actually 17 laws of football where each one contains several rules and directions.

What are the basic football skills? 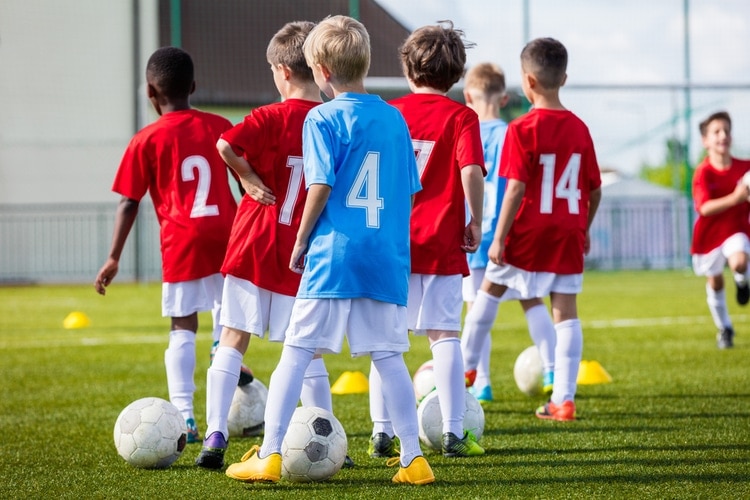 How many of these football facts did you already know? Leave a comment below! 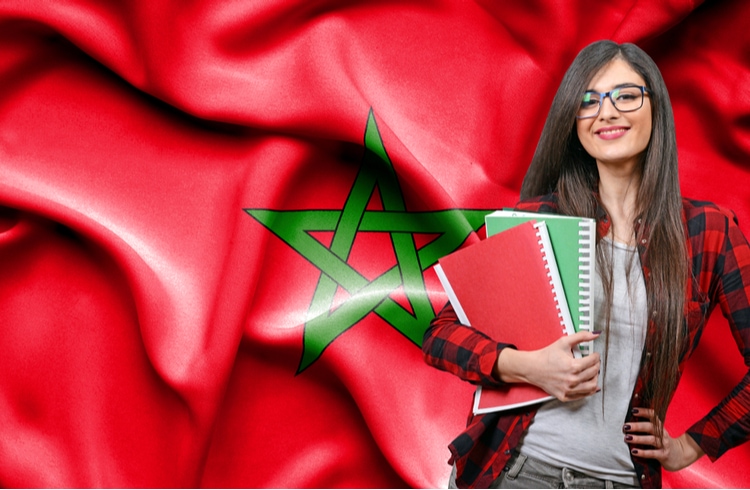 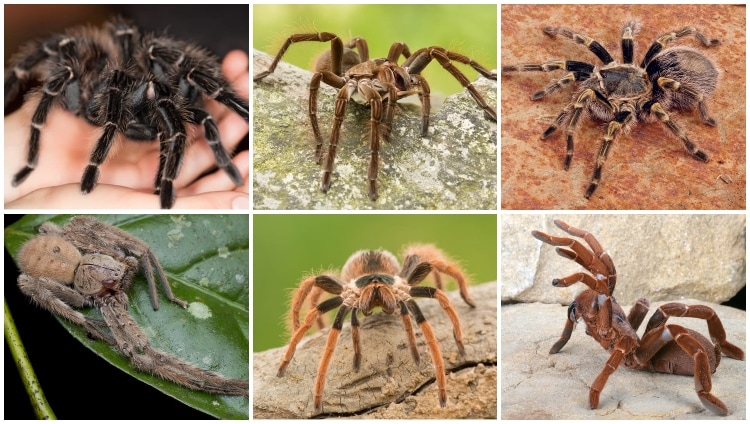 Nice I am a Maldini fan