Wieliczka Salt Mine – How to get there and more info 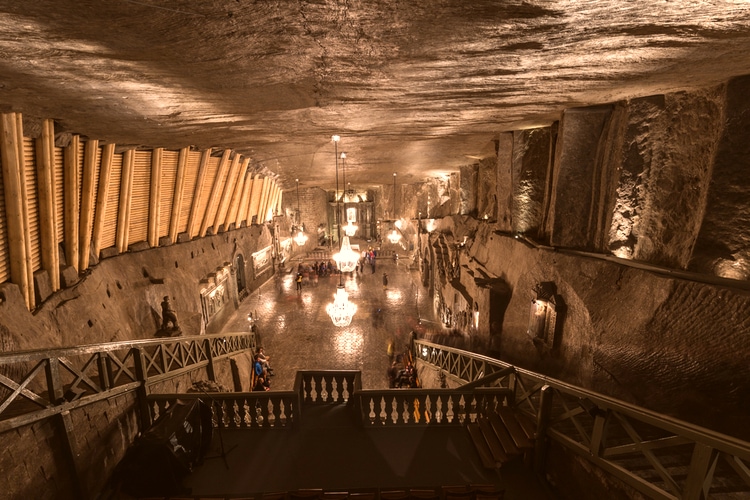 Want to visit the famous Wieliczka Salt Mine outside of Krakow? Here’s a guide on how to get there as well as more info about tickets and information for your visit.

The salt mine is one of the coolest places to visit in Poland, and it has been designated the status as a UNESCO World Heritage Site.

Since this is one of the most popular attractions in Krakow along with Auschwitz, I recommend that you book your tickets or a guided tour online before your trip. By doing so, you avoid queues and are also sure that it won’t get sold out.

If you don’t want a guided tour, then I recommend you to book the ticket that has a skip-the-line option.

Ticket to Wieliczka Salt Mine that lets you skip the line

Book a guided tour of the salt mine in Wieliczka 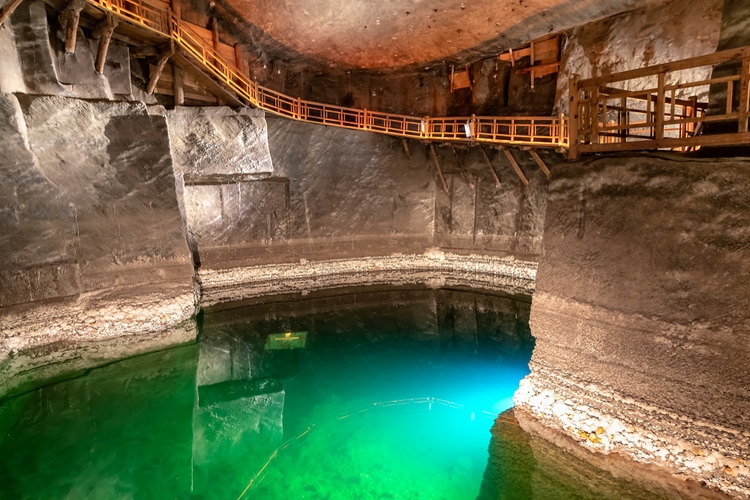 More about the Wieliczka Salt Mine

The Wieliczka Salt Mine is located about 25 minutes outside Krakow and is sometimes referred to as the salt mine in Krakow, but it’s actually located in the small town of Wieliczka, which it’s also named after.

One of the reasons why this salt mine is so special is the fact that it’s the only one that has been operating continuously since the middle ages. The Wieliczka Salt Mine is a UNESCO World Heritage Site and opened already in the 13th century. 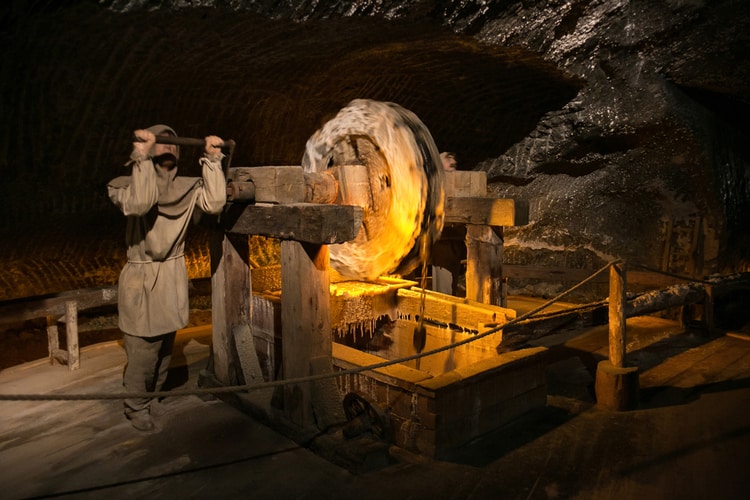 Buildings below the ground

When you enter the salt mine, you can see various salt sculptures, tree bridges, halls, and even chapels and altars which have been carved out inside the mine. 130 meters below the surface, it’s like a small town with a restaurant, post office, museum, cinema, and even a theater hall.

Every year more than 1 million are visiting the Wieliczka salt mine to admire this spectacular World Heritage Site. 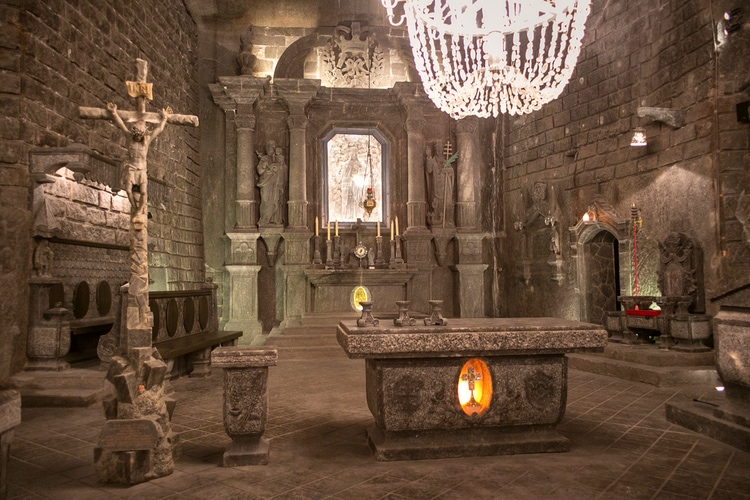 It’s very impressive what the miners have been able to build, especially considering that everything here is made by salt and wood. 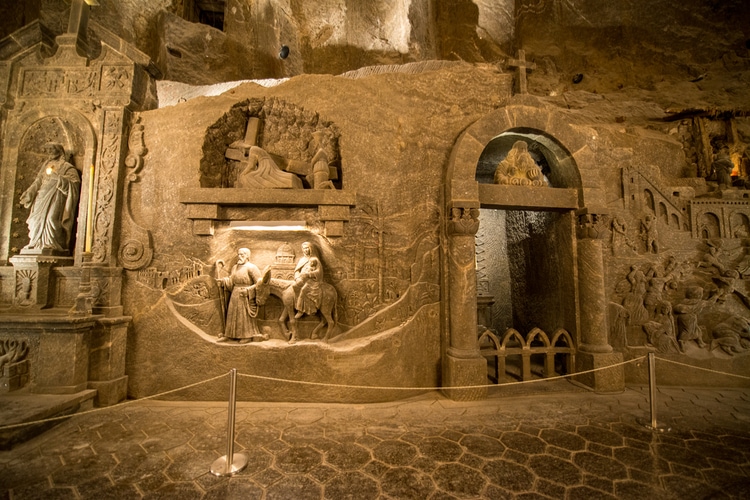 The Wieliczka Salt Mine is closed 1 January, Easter Sunday, Holy Saturday, 1 November as well as 24-25 December.

It’s more expensive to book a regular ticket via the website, so I recommend that you book a skip-the-line ticket via Get Your Guide, via the link below. The salt mine in Wieliczka and its history

The Wieliczka salt mine has been famous for quite a long time, and even notable people like Nicolaus Copernicus, Johann Wolfgang von Goethe, and Johannes Paulus II, just to mention a few celebrities that have visited the salt mine.

During World War II, the Germans used the salt mine in Wieliczka for storage and production of munitions.

The first time that Wieliczka is mentioned in the script was in the 11th century where the location is described. From a document dating back to 1105, you can read that mining of salt has been done here since the 10th century.

At that time period, salt was worth a fortune, and it was a much sought after product all over Europe. 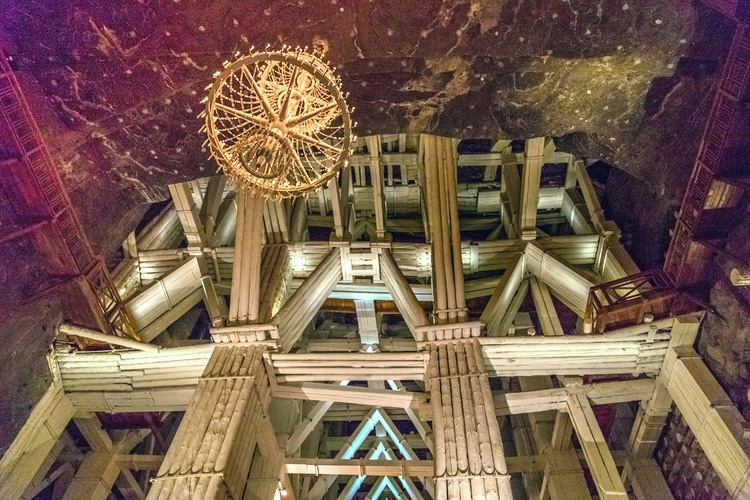 Experts estimate that the salt mine has been operating since the 13th century, and it’s thereby the oldest salt mine in the world that was still operating until a few years ago.

Commercial salt mining ended in 1996 due to falling prices of salt and floodings in the mine. However, small-scale mining of salt was ongoing until 2007. Since then it has been a historical monument and been protected by UNESCO. 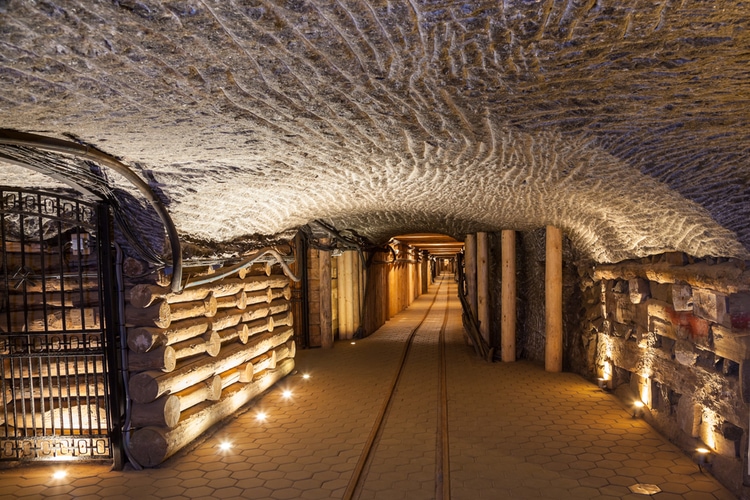 How to get to the Wieliczka Salt Mine

You can go to the salt mines in Wieliczka by train and bus. The train departs from the central station of Krakow and the stop where you get off is called Wieliczka Rynek-Kopalnia. From there it’s about 500 meters by foot until you reach the entrance of Wieliczka Salt Mine.

You can also hop on bus number 304, which depart every 20 minutes from the central station. The bus ride takes 33 minutes and costs 4 PLN or 7,60 PLN roundtrip. The bus stop is called Wieliczka Kopalnia Soli and from there you have walking distance to the entrance as well.

If you want to make it easy for yourself and want a tour guide, then you might as well book a guided tour that picks you up at your hotel in Krakow. This ticket also allows you to skip-the-line. 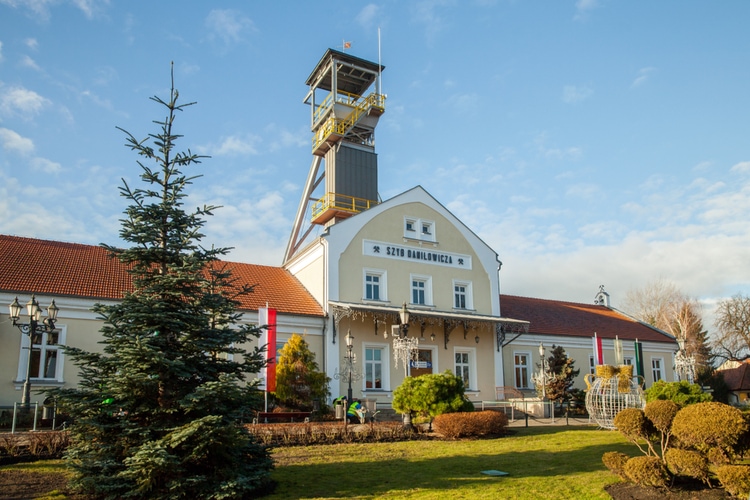 Why is the Wieliczka Salt Mine important?

When the salt mining process was closed down in 2007 it was the oldest salt mine in the world that was still operating. It’s also one of the few salt mines that have been operating since the middle ages.

The Wieliczka Salt Mine is a historical monument that tells an important part of European and Polish history.

How deep are the salt mines in Krakow?

What clothes should I wear?

The temperature down in the mine is between 16-17 degrees Celsius, and I recommend you to bring warm clothes, even in the summer. It gets chilly, and it’s not very nice to walk around down there in t-shirts and shorts because you might feel cold.

Also, don’t forget comfortable shoes because you will walk down for 800 steps in total. Sandals and delicate shoes aren’t recommended.

How long is Wieliczka Salt Mine Tour?

The Wieliczka tour lasts 2 hours approximately. Visitors can choose between the Tourist Route and Miners’ Route.

How big is the salt mine in Wieliczka?

Can I bring a backpack?

Yes, but the max. dimensions are 35 cm x 20 cm x 20 cm. If your backpack is larger, you would either have to leave it in the tour bus or put it inside a locker.

Do you need to book tickets online?

It’s not mandatory to book tickets online, but it’s highly suggested since you don’t have to queue upon arrival, and it won’t get sold out. I recommend you to book the tickets to Wieliczka Salt Mine that lets you skip the line, which can be purchased via the link below.

If you want to stay in a central location in the old town, then I recommend these two hotels. Betmanowska is located right in the heart of Krakow and is one of the most booked hotels in the city.

The 1891 aparthotel is also located in the old town, and it’s a great choice if you rather stay in an apartment instead of a hotel room.

Do you have more questions about visiting the Wieliczka Salt Mine? Leave a comment below! 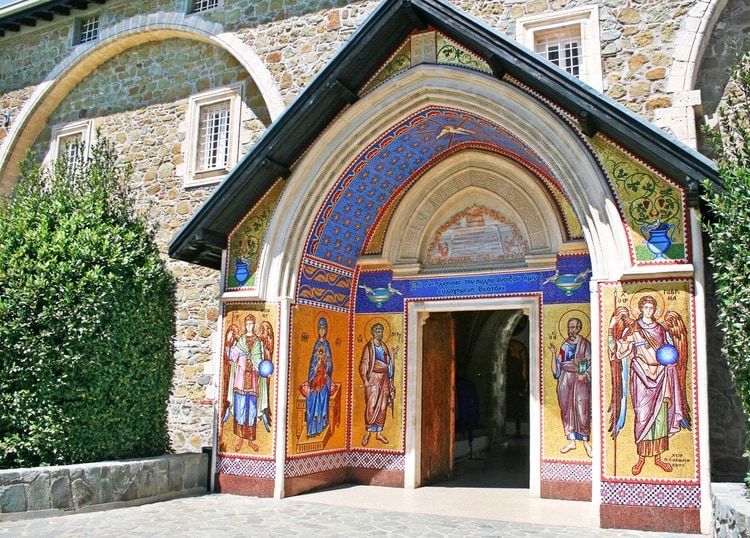 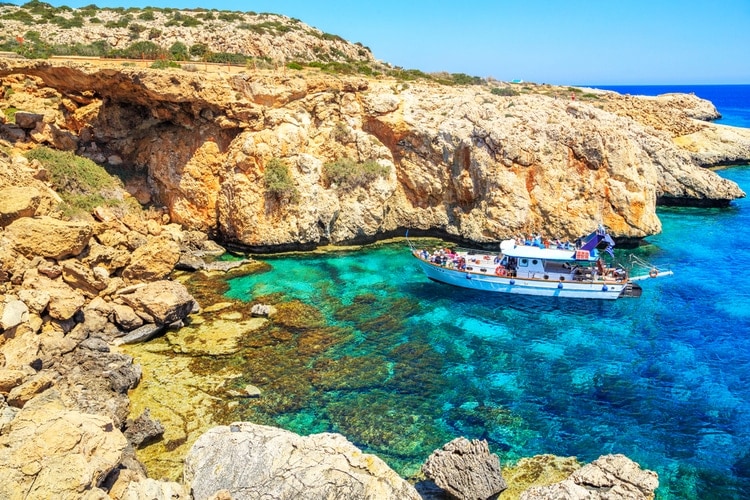 Cape Greco in Cyprus - How to get there and more info
Read Next Post →
Click here to cancel reply.