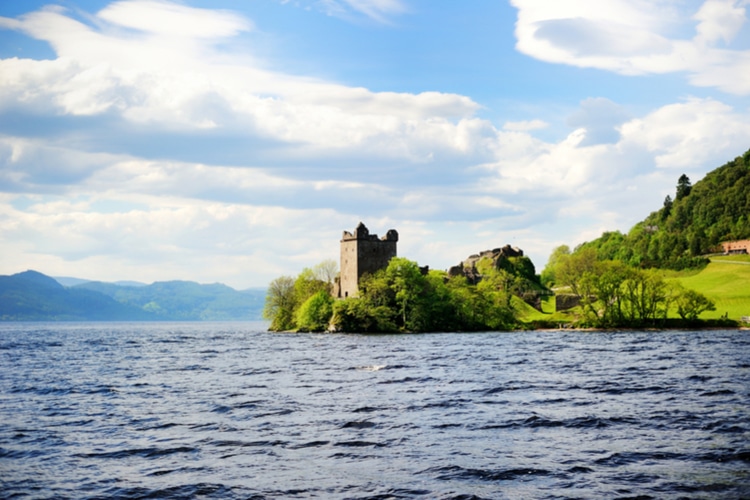 Loch Ness in Scotland is a large freshwater loch in the Scottish Highlands, most famous for “Nessie” the so-called Loch Ness Monster who is said to live deep in the waters.

The lake is one of the most iconic places to visit in Scotland and has been a famous site for centuries after a monk reported the sighting of a sea-creature living in Loch Ness as early as 565 AD.

However, visitors can also hike the surrounding hills, visit the local exhibition center, or join a cruise departing from Inverness, Fort Augustus, or Drumnadrochit.

Exploring Loch Ness and the surrounding highlands on foot is free of charge. However, you might want to visit the Loch Ness Center Exhibition to learn more about the history of the loch. 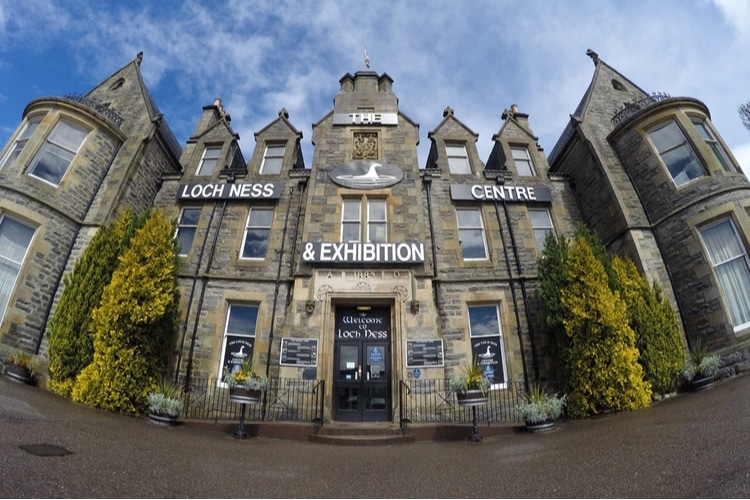 One of the best ways to enjoy Loch Ness is to take a scenic cruise across it! The two-hour Contemplation cruise takes you in the footsteps of Queen Victoria as you take a breathtaking journey across the loch.

The two-hour Clansman and Castle cruise include an hour of sailing across the loch plus a one-hour visit to the historic Urquhart Castle which sits on the banks of the loch.

Extending 37 kilometers southwest of Inverness in the Scottish Highlands, Loch Ness is a deep freshwater lake best known for allegedly being home to thy mythical Loch Ness Monster (also known as Nessie).

The spectacular lake is connected at the southern end by the River Oich and the Caledonian Canal, while the northern end is connected to Loch Dochfour and the River Ness.

The loch is the second-largest of its kind in Scotland (after Loch Lomond) by surface area but is the largest volume lake in the British Isles – the deepest point being 230 meters below sea level.

While the lake itself is impressive, the mystery that surrounds it has drawn visitors to its shores for years. The tale of the Loch Ness Monster suggests that a great cryptid, a relatively unknown animal, lives in the loch’s murky waters and sightings over the decades have only further spawned rumors of its existence.

While most firmly believe that “Nessie” is a pure figment of the imagination, people still flock here to unravel the mystery and see the place for themselves. And who knows, it might not be fiction as several people throughout history have claimed sightings of the lake’s mythical creature, as early as 565 AD. 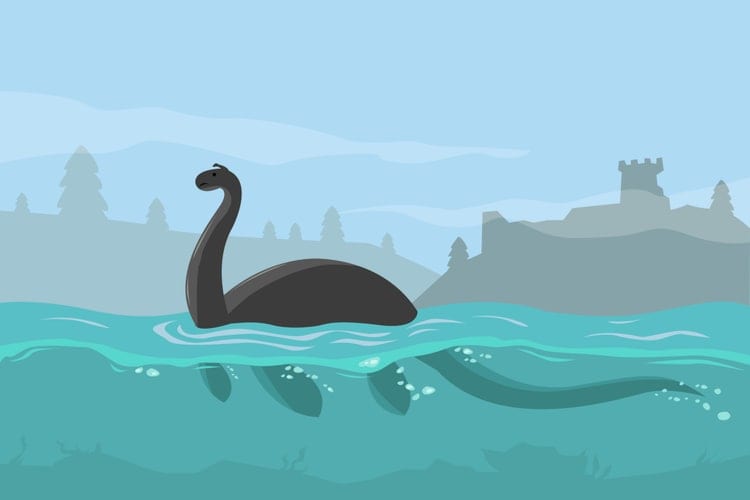 Visitors can also enjoy spectacular views over the loch’s dark and mystic waters from a number of vantage points around the lake, though one of the best ways to enjoy Loch Ness is to take a cruise across it.

Alternatively, climb one of the surrounding mountains or head up Grant’s Tower at Urquhart Castle, and you’ll be met with spectacular loch views.

Due to the loch’s popularity, the Loch Ness Center and Exhibition opened over 30 years ago and gives visitors the chance to learn more about the loch and its history.

Inside you’ll find a hi-tech multi-media presentation that walks you through seven themed rooms, uncovering over 500 million years of history as you go. You’ll also learn about the loch’s natural mystery and the legends that surround the unique environment of Loch Ness and the infamous Nessie. 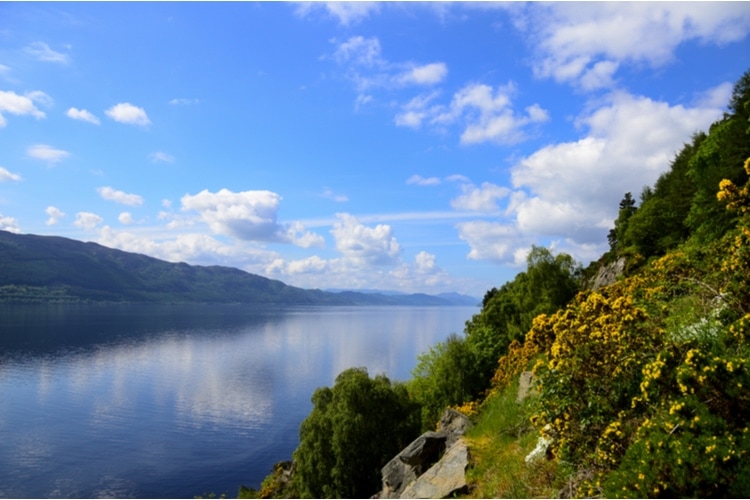 Sail the Caledonian Canal and explore the lake by boat.

Admire views over Loch Ness from atop Grant’s Tower. The castle ruins are also worth visiting if you’re interested in history and culture.

Enjoy an immersive exhibition and brush up on the history of Lake and surrounding area as well as “Nessie”.

Falls of Foyers is one of many beautiful waterfalls in the nearby area that flows into the lake. 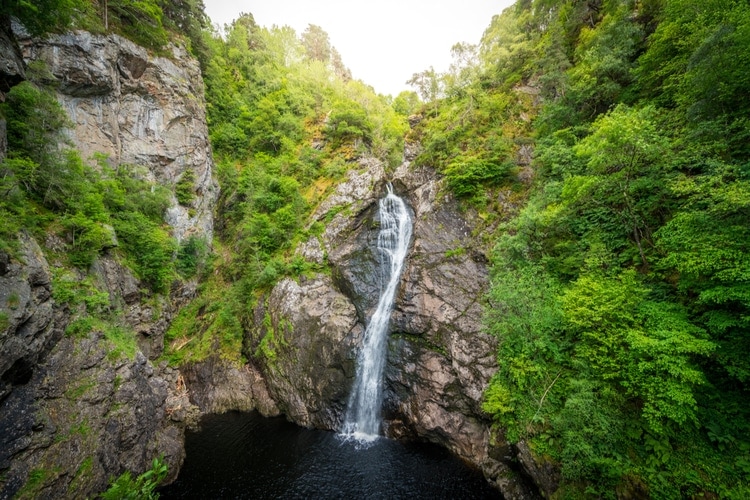 How to get to Loch Ness

The lake extends from the south of Inverness right down to the town of Fort Augustus. If you’re coming from Perth, Edinburgh, or Glasgow, follow the A9 to Inverness. From here you can hop on a boat tour and cruise across the loch, or continue driving around the banks of the lake.

Inverness has a train station and many visitors take the train from Edinburgh or Glasgow (the journey takes approximately 3.5 hours). Once in Inverness, you can head to the lake by bus or boat.

There are a handful of things to do and attractions close to Loch Ness including the below points of interest:

The Scottish Highlands are particularly beautiful between the months of May and September when the weather is at its best and there’s more daylight than the winter months. However, to avoid the summer crowds, try avoiding the peak months of July and August. 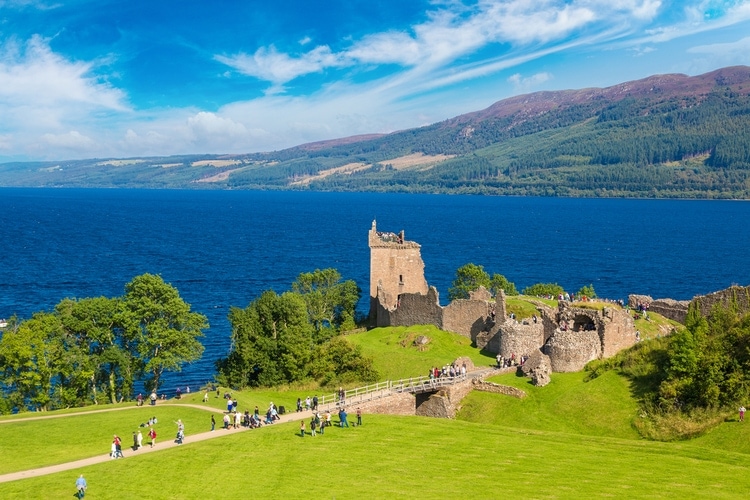 Can you swim in the Loch Ness?

There are no regulations that forbid swimming in Loch Ness, however, the lake has an average temperature of 5-6 degrees Celsius year-round, which can quickly lead to hypothermia.

What animals live in Loch Ness?

There are three species of deer living in the area surrounding the loch, namely the red deer, sika deer, and roe deer. There are also otters living at Loch Ness, although they’re rarely sighted. 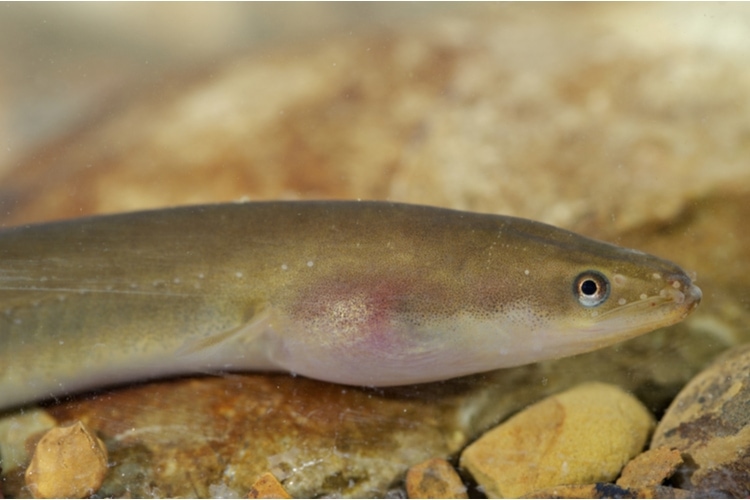 What are the best walking trails?

The Loch Ness 360 Trail runs the length of the entire loch and takes six days to complete in full. Visitors can do short sections of the loch on an out-and-back walk.

Can I travel around Loch Ness without a car?

Yes, there are regular bus connections to take you along the north side of Loch Ness to Inverness.

Scottish weather is largely unpredictable and you could experience all four seasons in one day. It’s best to wear layers and be prepared for all weather types (particularly the rain and cold).

Do you have more questions before visiting Loch Ness? Leave a comment below! 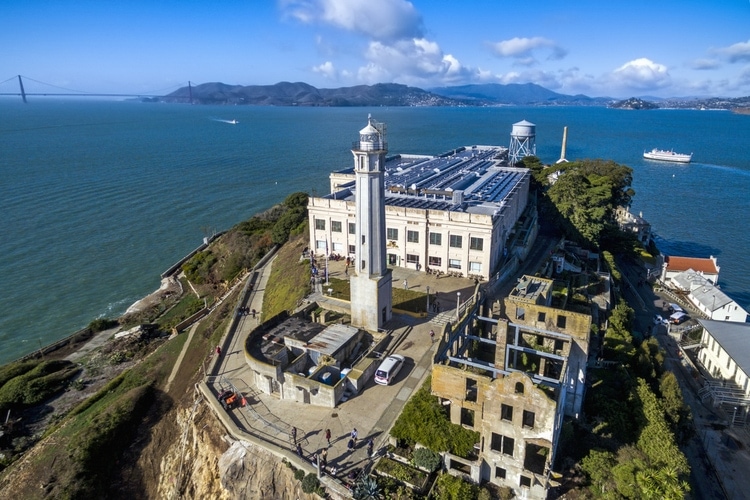 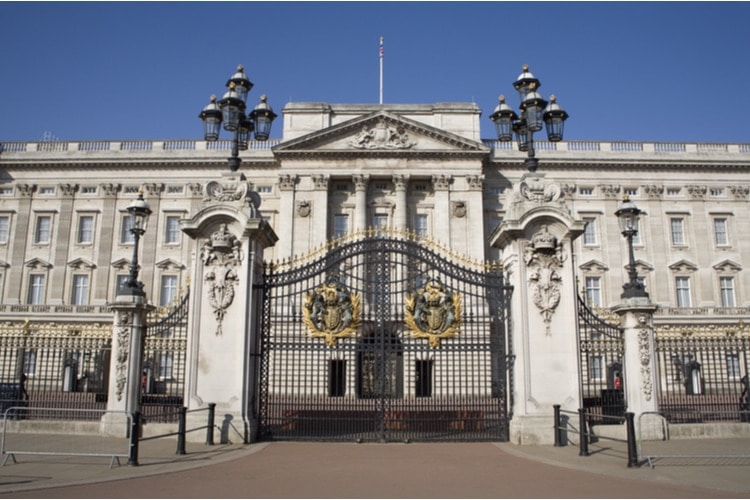