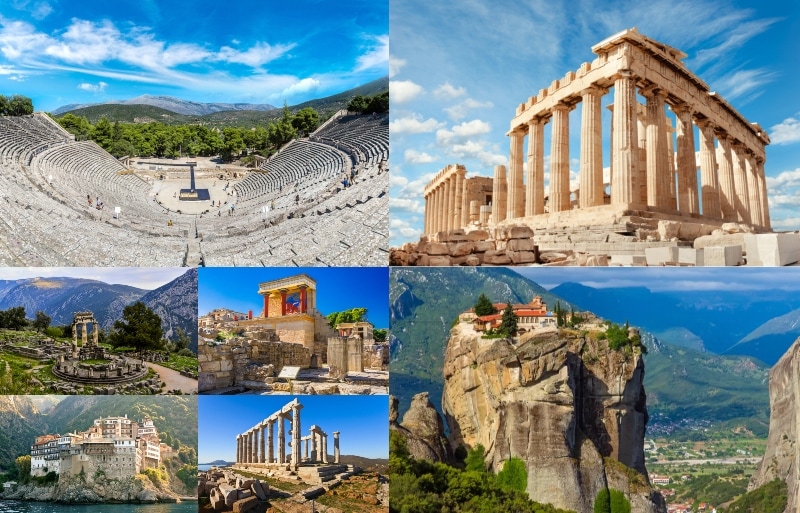 Have you heard of the seven wonders of Greece? Most probably know about the 7 wonders of the world. However, now there’s also an unofficial list of Greek wonders.

Ancient Greek culture has spread worldwide since Antiquity and throughout history, the Greeks have built some astonishing buildings. Several of them still exist today for the world to admire.

Which are the 7 wonders of Greece?

I have made a survey where 15 000 Greeks had the chance to vote on their selection for seven wonders of Greece. In total, 18 landmarks were nominated from the Greek islands and the mainland. Every participant could vote for a maximum of 7 different landmarks.

The list below is sorted by the sites that received the highest number of votes. Both Acropolis and Meteora were clear winners in the poll with 9/10 included them in their submission.

More about the Greek wonders

All of them are definitely worth visiting and offer an incredible lesson in Greek history and culture. Acropolis and Meteora are two of the most famous attractions in Greece, but Knossos is also frequently visited by tourists visiting Crete.

Delphi, Epidaurus, and the Temple of Poseidon are popular day trips from Athens, where you can join a guided tour over the day. The monasteries at Mount Athos are located within driving distance from Thessaloniki, which is the second-largest city in Greece.

Acropolis is one of the most famous landmarks in Greece. This is the place where you can admire sites such as Parthenon temple, Erechteion, Dionysos Theater, the old Athena temple, and the Propylees just to mention a few.

Every year, millions of tourists come here to see some of the best-preserved and iconic structures from Ancient Greece. Most of the buildings are from the 5th century BC. 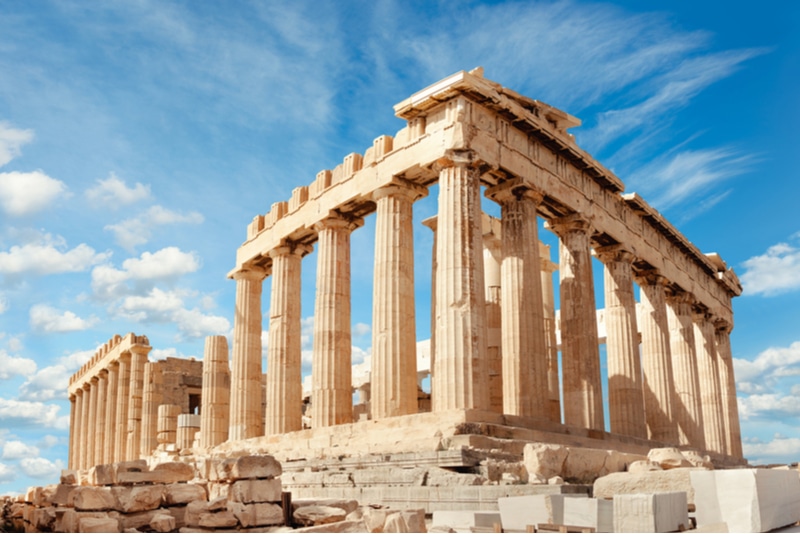 Meteora is my personal favorite among the Greek wonders, where they have built several monasteries on top of tall rock formations. Since 1988, Meteora is listed as a World Heritage Site by UNESCO, and even until this day, six of the monasteries are still active.

In total, there are 24 monasteries, built 400 meters above the ground. It is believed that the first monastery was completed around 1340, but already in the 11th century, hermits and ascetics came to the area. In the 14th century, more and more monks sought refuge here due to unrest in the East, near Athos.

Delphi is the site that the Ancient Greeks viewed upon as the center of the world, marked by a stone monument, known as “omphalos”. This was also the seat of Pythia, the oracle who provided answers to important decisions and wisdom for the future.

According to the legend, Delphi was the place that Zeus names as the center of Gaia.  Today, it’s a popular destination for guided tours from Athens, where visitors can experience one of the most important places in Ancient Greece. 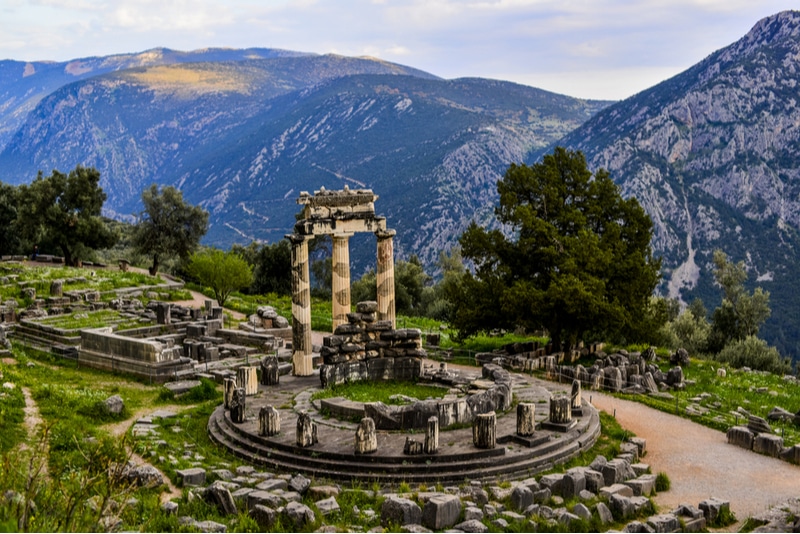 Knossos is one of the most famous attractions on the island of Crete. It was the former political and religious center of the Minoans. It’s the largest archeological finding from the Greek Bronze age.

The site is estimated to have been built around the same time as the pyramids in Egypt. What’s even more interesting is that they have found inscriptions that are similar to hieroglyphs that no one has been able to explain, so far.

There are many mysteries surrounding Knossos and the people who lived here. It’s a very interesting place, and taking a guiding tour here is essential to learn more about its background and get a sense of its importance.

Epidaurus is an ancient city at the Sargonic gulf that used to be an important trade city. The theater in Epidaurus has been preserved, and it’s a gigantic theater, often named as one of the best-preserved and most beautiful Greek theaters in the world.

Experts claim that it has perfect acoustics and aesthetics. Its construction has been dated to the 4th century BC, and the theater has a maximum capacity of up to 13,000 or 14,000 people. Visitors today, can enjoy occasional performances and dramas from Ancient times. 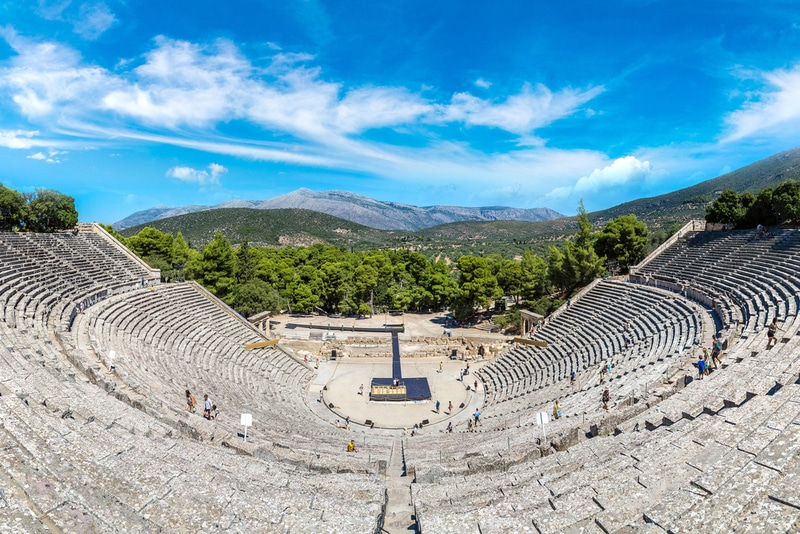 Athos is a holy mountain and peninsula in northern Greece, which is also listed as a UNESCO World Heritage site. There are 20 monasteries in total, and they belong to an autonomous state under Greek authority.

Only monks are allowed to reside here. As a visitor, it’s especially beautiful to sail around the peninsula and see the monasteries from that perspective. 17 of the monasteries are Greek, and in addition to them, there is also 1 Russian, 1 Serbian, and 1 Bulgarian monastery. 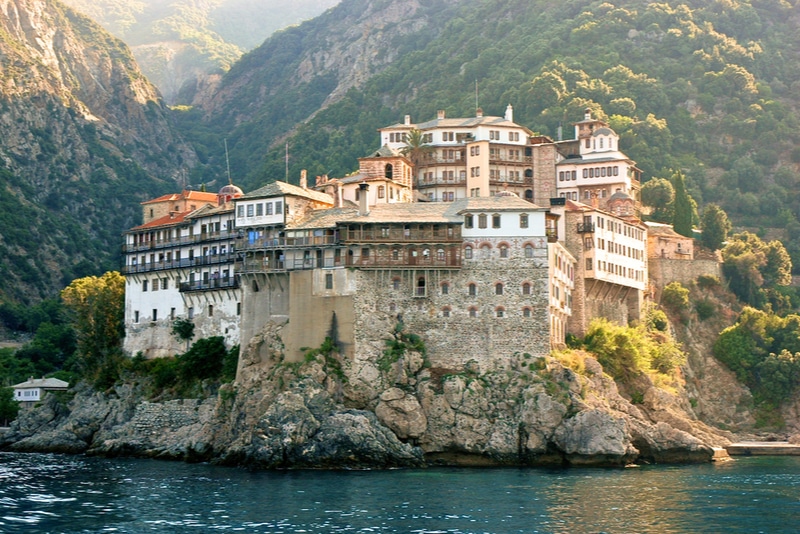 The Temple of Poseidon is beautifully located on to Cape Sounion, around 70 kilometers south of Athens. Already in the 7th century BC, a temple dedicated to Poseidon is supposed to have been standing here, but the old temple was destroyed around 470 BC.

Today’s temple dates back to 440 BC. And during the Antiquity, the Temple of Poseidon was the first landmark that the Athenians sighted when arriving back home by boat. Nowadays, it’s easy to get here from the capital. From the KTE terminal, there’s a direct bus that takes about 2 hours. 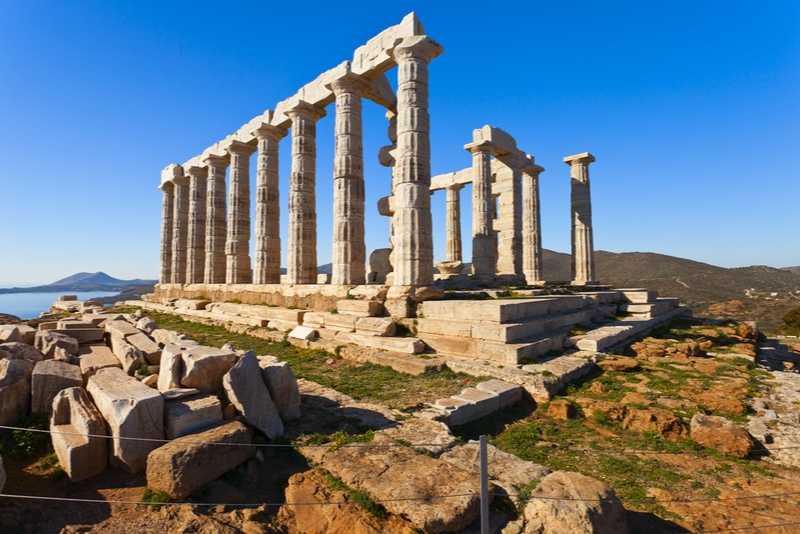 In addition to the Statue of Zeus at Olympia and the Colossus of Rhodes, you could also include the following three wonders from Antiquity as part of the Greek world: Temple of Artemis at Ephesus, Mausoleum at Halicarnassus, and the Lighthouse of Alexandria.

None of those three are preserved today, but they all had a spectacular architecture, built by Greeks. They were most likely very famous around the world, even outside Ancient Greece.

How many of the Greek wonders have you visited? Leave a comment below! 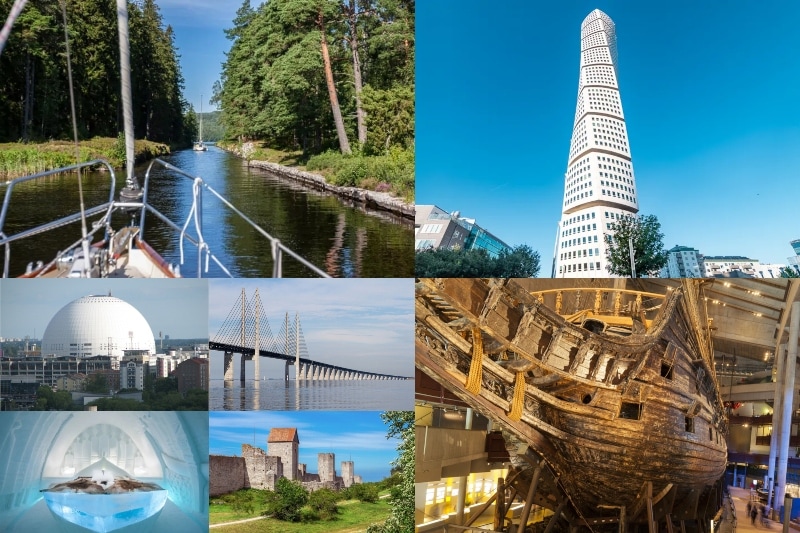 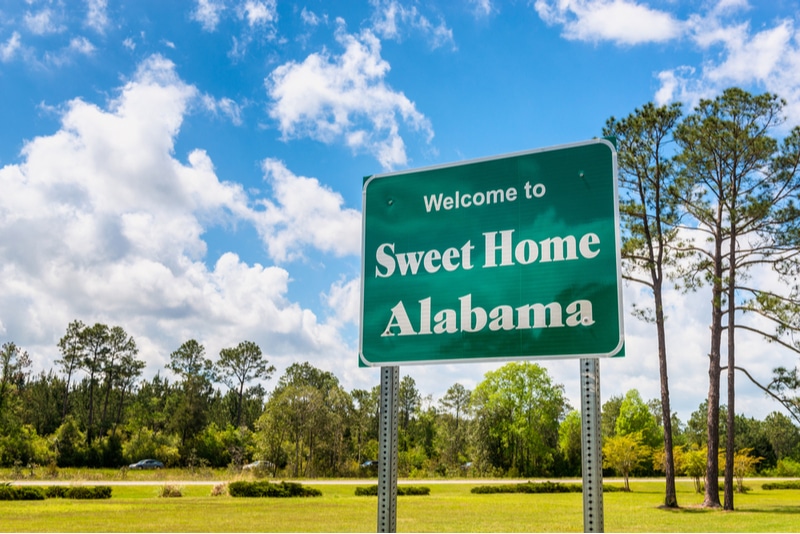