Viktor Fors: What it’s like to be a pilot

Posted on Last updated: 12/13/2019
Category: Categories Around the World 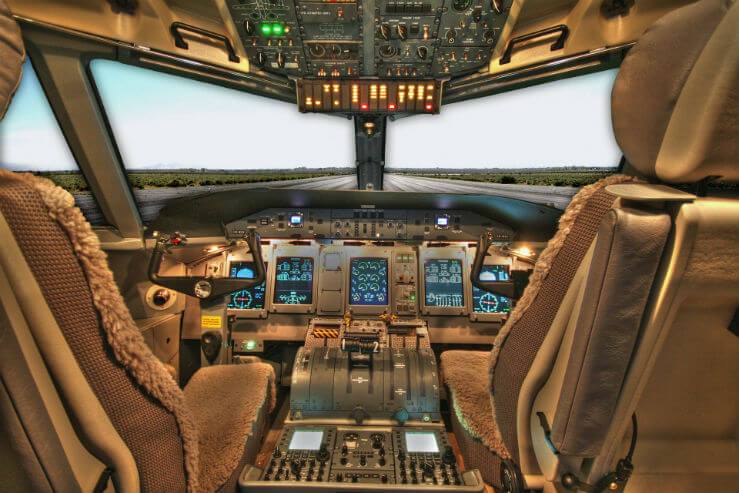 Have you ever asked yourself the question “What is it like to work as a pilot?” or been curious about what you do on a typical day as a pilot? Viktor Fors is one of the youngest pilots in Sweden and was actually my roommate when I was working my first year in Rhodes.

A lot of people have traveled abroad, and many do each year, most of them from aircraft. When sitting in the aircraft, many questions and thoughts may come up. Especially about the pilot, safety and what actually happens inside that secretive cockpit. Passengers seldom get to see who’s actually in control the plane or what they do while you’re flying.

The best thing about being a pilot is to meet and get to know so many people from all over the world, colleagues, passengers and other employees. You learn a lot all the time! The possibility of living abroad is simply amazing as well!

What does a normal day look like when you’re a pilot?

A typical day at work starts with preparations at home, put on my uniform and drive to the airport. Normally I need to arrive in our so-called “crew room” at the airport one hour before the scheduled departure time.

Once I’m in the crew room I log onto a computer and start printing road maps, weather forecasts and other information necessary to conduct the flight. The roadmaps cover the flight route to be flown, how much fuel is required, flight time, etc. Weather information covers general destination, alternate airports near your destination, and even airports on the way there.

Other information may be of turbulence, winds and so-called NOTAMs (Notice to Airmen). This must be traversed carefully so that you have a good overview of how the day will look like and what to expect.

45 minutes before departure, I meet my pilot colleague. We discuss the weather, wind and order the amount of fuel we need to have with us to conduct the flight. Then we will meet and greet our cabin crew, tell them how the day will look like. When all the questions that may come up regarding the flight are answered, we walk together to the aircraft.

On our way to the aircraft, we decide who starts flying. Short explained, one pilot is in charge of the controls and fly the airplane while the other is talking on the radio, etc. When we’ve decided, he/she goes to start flying into the flight deck and begin to prepare for the flight. The second pilot goes off the plane to see that everything looks good there and we got the right amount of fuel. Then we meet up in the flight deck, and start boarding passengers and make us ready to start the engines.

Normally we fly 2 longer or shorter 4 flights a day. Between each flight, we have about 30 minutes on the ground to board new passengers and depart away to the next destination.

Once we’ve landed after the last flight, we shut down the aircraft, sending fuel numbers and other information about the flight via an iPad to the airline company. Thank each other for the day and go home. 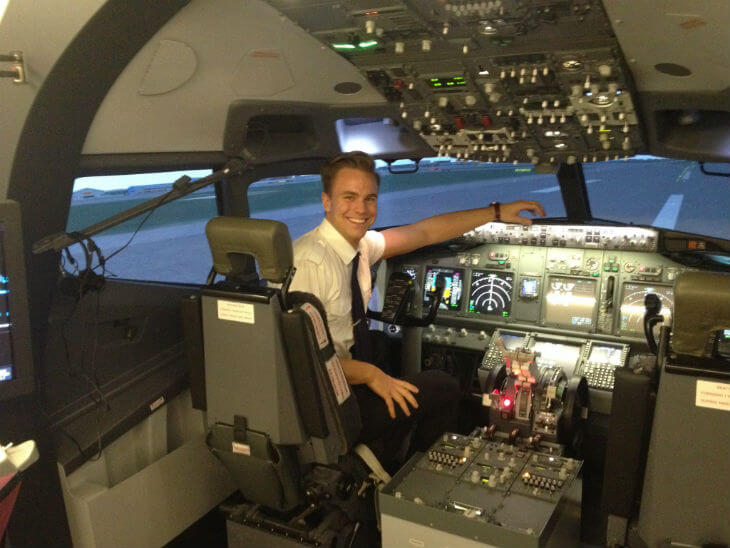 What’s the best about being a pilot?

The best thing about being a pilot is to meet and get to know so many people from all over the world, colleagues, passengers, and other employees. You learn a lot all the time! The possibility of living abroad is simply amazing as well!

I’m Swedish, but I’ve already lived in England, Germany, Croatia and Spain so far. I wonder what’s going to happen next. I’ve learned a lot by living abroad and see how it works in those countries and their culture, traditions,  languages and such. Incredibly fun!

How do you become a pilot?

There are many ways to become a pilot. You can more or less study to become a pilot in any country in Europe. Some flight companies have their own schools, for example, Lufthansa, but there are lots of free schools that has no connection to a specific airline company. I went to a school like that!

Many schools in Europe offer Pilot school in the USA too. It’s in general cheaper to fly and study to become a pilot over there. But since the schools vary that much depending on which country you come from, it’s hard to tell a straight path to follow.

There are so many! My tips are instead to Google “how to become a pilot” + the country you want to study in. Then compare prices and reviews about the schools. Another good tip is to visit when they invite people to learn more about the school and their classes. You can then also meet pilots who’ve studied at that specific school.

Are you ever nervous?

I wouldn’t say I’m nervous. It’s probably the wrong choice of word; it has such a negative tone.

Some days you’ll, of course, meet tougher situations. During days with challenging airports and weather conditions, it’s very important to stay extra alert. Everything comes down to having good communication with your colleague, discuss possibilities and make a good decision together.

This lays the foundation for a calm and harmonic work environment, even in more challenging situations.

What’s the oddest thing that has happened you as a pilot?

Hmm, it probably was that time when the cabin crew was supposed to warm my lunch in the oven and forgot to take off the lid on my food box. I got my poor pasta with 1 cm melted plastic as a sauce.

Do you have any calming words for those who have a fear of flying?

Absolutely! I was a little scared of flying before I decided to become a pilot. I became worried whenever I heard strange sounds and when the airplane started to shake, due to turbulence. But after I had studied more about planes I learned a lot.

I realized that the things I was scared of were totally normal and that my fear was just based on lack of knowledge. Today I can even become happy when it starts to shake a bit, as a variety.

Viktor’s best tips for those who’re scared to fly

So, the next time you’re on an airplane, maybe you will wait and recognize that sound when the landing wheels are folding up, instead of being scared of the “unknown sound.” Again, we need to trust facts and statistics. To fly is the safest way of transportation out there. That’s very comforting. I also want to add that I would never fly airplanes as my full-time job, more than 800 hours every year if it were dangerous.

Sometimes you hear about people who get the honor of sitting inside the cockpit during the flights. How do you get to do that?

Unfortunately, there’s no straight answer to this question. Every flight company has their own procedures and rules.

If you know a pilot in private, you can always ask what’s the rules at their company. Some flight companies accept guests in flight deck if they’re flying on ID tickets or know any of the pilots.

So, unfortunately, it differs a lot. If you want to see what it looks like inside cockpit, you can always visit the nearest flight club and ask if you can join the next flight in a smaller aircraft. That usually goes well. 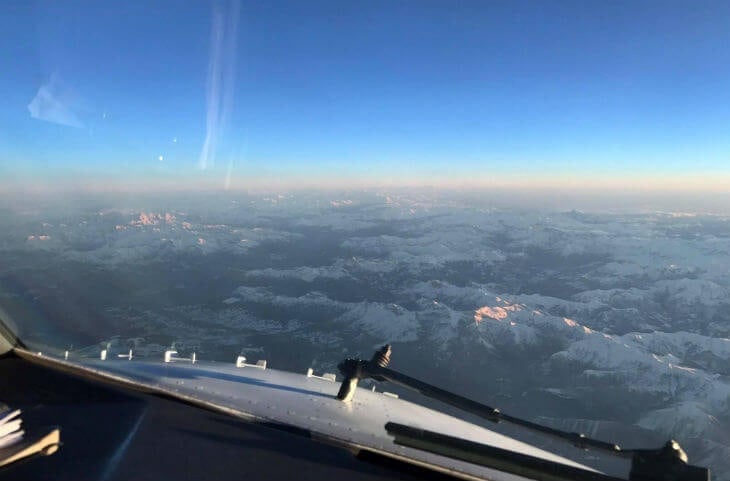 How many flights do you do as a pilot during a normal work week?

It also varies from company to company, and also if you fly long-haul or short-haul. I, who fly short-haul do about 10 flights a week, and my flights are between 1-6 hours in general.

How does the task differ between the captain and second pilot?

This is a very common question! I will try to explain as easy as I can. The flying personnel usually consists of 2 pilots. There are also bigger airplanes who flies very long distances which require more pilots. But to make it easy, we just take 2 pilots into consideration. Those 2 pilots consist of a captain to the left, and a second pilot, or first officer as it’s also called, who sits to the right.

The captain has many years of experience and has the final call for decisions and also carry the utmost responsibility for the safety of the aircraft. Second pilot/first officer is usually less experienced than the captain and collect experience to one day be able to do the captain education. He/she also support the captain in decision making and is responsible for the safety.

During a normal work day, you have two divisions that are called “pilot monitoring” (PM) and “pilot flying” (PF). That goes hand in hand with what I got into in the question 1. When we walk towards the aircraft, we decide who will be PM and PF for today’s flights. 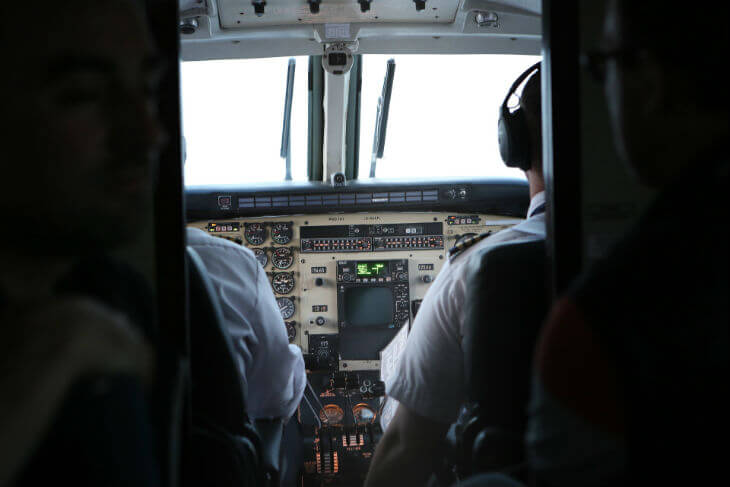 Which country is your favorite country?

Another tricky question! There are so many countries to choose from!

But, I have to say Croatia. It’s such a beautiful country with a nice archipelago, perfect for sailing and at the same time relatively cheap with good food and crystal clear water.

Do you have more questions on what it’s like to be a pilot? Or anything else that’s relating to the pilot profession? Leave a comment or send an email, and I will send the questions to Viktor and come back with an answer.