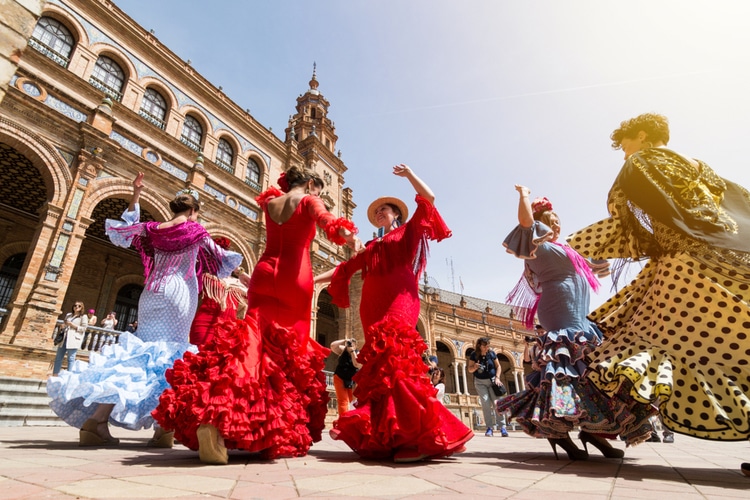 Want to know more about Spanish dances? Culturally, both music and dance have a big influence in Spain, and while Flamenco might be the most famous type of Spanish dance, there are also other Spanish dances that you should know about!

In this article, you can read more about each type of Spanish dance as well as see photos and videos of dance performances.

Let’s start with the most famous Spanish dance, the Flamenco, a beautiful and passionate art form that has been recognized by UNESCO as a Heritage of Humanity. It originated in Andalusia within gypsy communities, and is actually much more than “just a dance”. Flamenco also includes a mix of guitar, singing, dancing, hand-clapping, and finger-snapping.

Watching a Flamenco performance is definitely one of the best things to do in Spain!

This dance originated in Seville and is a type of traditional dance and music which is less formal than Flamenco. The Sevillana dance can be seen annually at “Feria de Sevilla”, but it’s also a popular type of dance at other festivals in southern Spain.

It’s a fun Spanish dance that basically anyone can learn and perform when you know some of the basic steps. Seville is the best place to experience and try this Castillian folk dance. 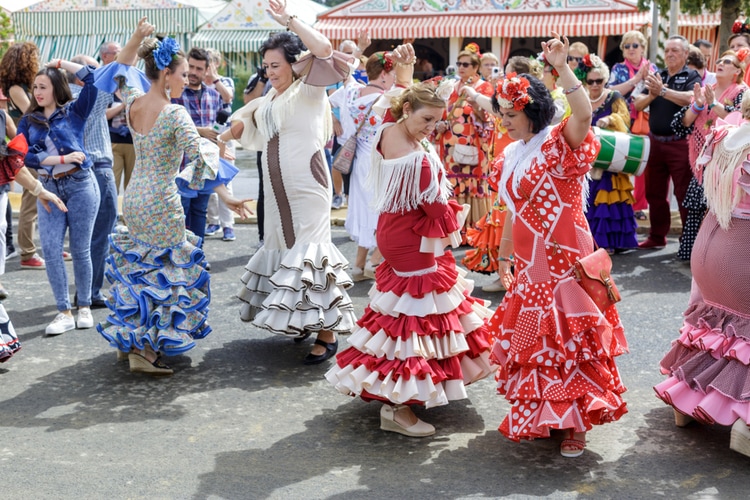 Sardana is another traditional dance in Spain, and while it’s not one of the most famous Spanish dances, it’s a fun dance that you should definitely try if you visit the Catalan regions.

The dance is performed by a group holding hands to form a circle while dancing to a traditional music ensemble, known as Cobla. It’s a common part of celebrations and public festivities, and the dance is strongly associated with Catalan culture and identity. 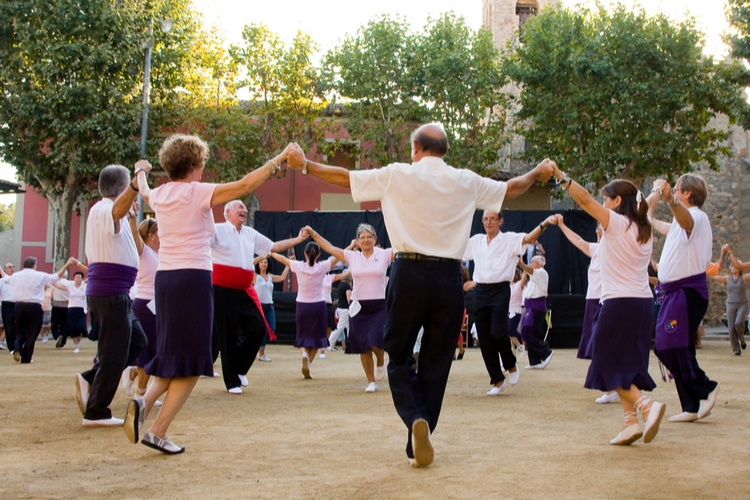 If you travel to Galicia in northern Spain, you should try the Spanish dance known as Muiñeira, which is heavily influenced by Celts.

Muiñeira has a lively tempo and is often cited as the Galician equivalent to a Jig. The instrument used for the accompanying music is a Galician bagpipe. 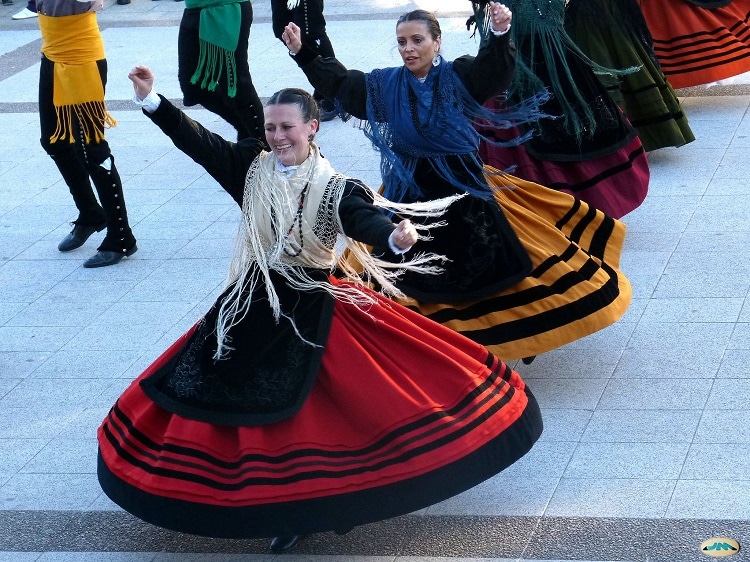 Paso Doble literally means double step, and this dance is known for its fast pace and originated in the Spanish army where it was used to set the march of infantry troops.

Later, it developed into a musical genre and traditional dance, which was often played during bullfights.

As for the dance it has free figures, but the dancers must keep their body parallel to each other and stay one in front of the other. In addition to Spanish Pasodoble, there is also Mexican, Colombian and Puerto Rican Pasodobles.

The Bolero originated in the 18th century in Spain, but can also be found in Cuba. The dance is basically a slow down of the rhythms of the Rumba and is accompanied by guitar music and castanets.

The Bolero is often performed by a couple and can be both romantic and intimate. Nowadays, not many people dance Bolero because social gatherings often don’t happen in ballrooms anymore, but it’s still a Spanish dance that you should try.

A lively couple dance which is accompanied by castanets, hand-clapping, and guitars. The Fandango dance dates back to at least 1712, where it was first mentioned in a letter, and the origin is probably Moorish.

Today it’s a revered folk dance in Spain as well as Portugal. The rhythm of the dance is marked by the castanets and usually begins with a slower pace and an increased tempo as the dance continues. 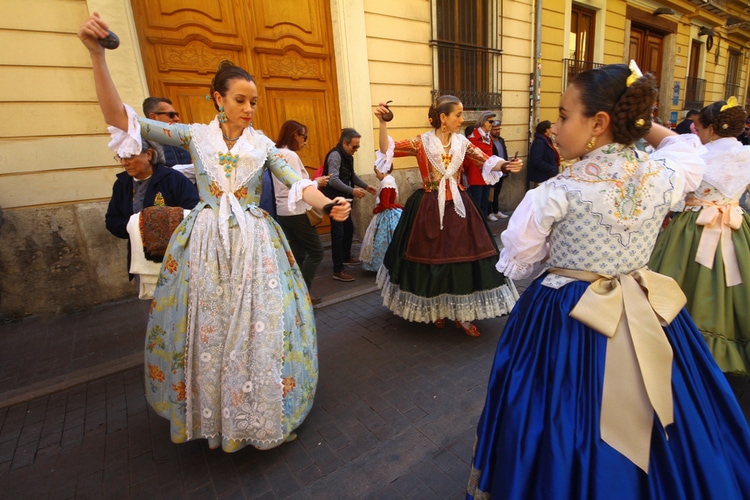 The Zambra comes from Granada in Andalusia and is usually a dance that is performed at weddings. Some refer to it as a type of Flamenco, but in contrary to Flamenco, the Zambra is danced barefoot and also has some similarities with Arabic belly dancing.

You can see a lovely performance of the Zambra dance in the video below.

The Jota dance is characterized by rapid foot movements and small jumps. It’s a traditional dance that exists in several regions of the country, such as Valencia, Catalonia, Aragon, and Galicia.

The Jota is usually danced in two’s as a couple. 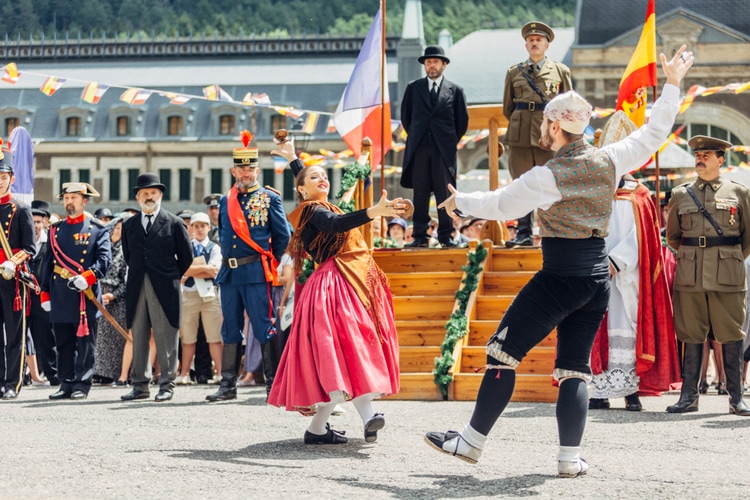 This is one of the few Spanish dances that are made for solo dancers. The Cachucha was actually created in Cuba but is considered a Spanish dance, which is quite similar to the Bolero. The dance is accompanied by castanets while playing the Andalusian national song.

This Spanish dance originated from the indigenous people of the Canary Islands. It became quite popular all over Europe in the 1500 and 1600s. It’s an energetic dance which includes jumping and feet stamping.

You can still see this at some festivities in the Canary Islands. 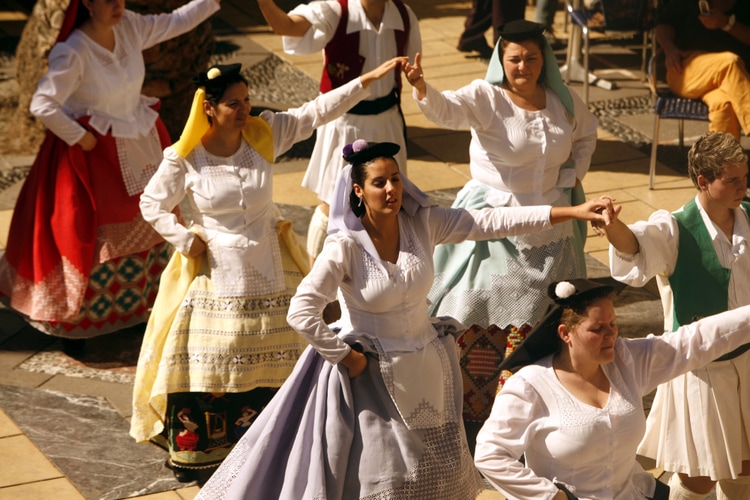 Many of these Spanish dances have been introduced and spread worldwide, especially to Latin America where the dances have been further developed and characterized by the people living there.

If you visit festivals or celebrations in Spain, you’re likely to hear a lot of good Spanish music and watch amazing dance performances. At some festivals, you’ll also get the opportunity to emerge yourself and dance along with others.

For those of you who want to learn more about Spanish Dances and don’t have the opportunity to visit Spain in the near future, there are countless of YouTube videos where you can learn the basics of many traditional dances in Spain. 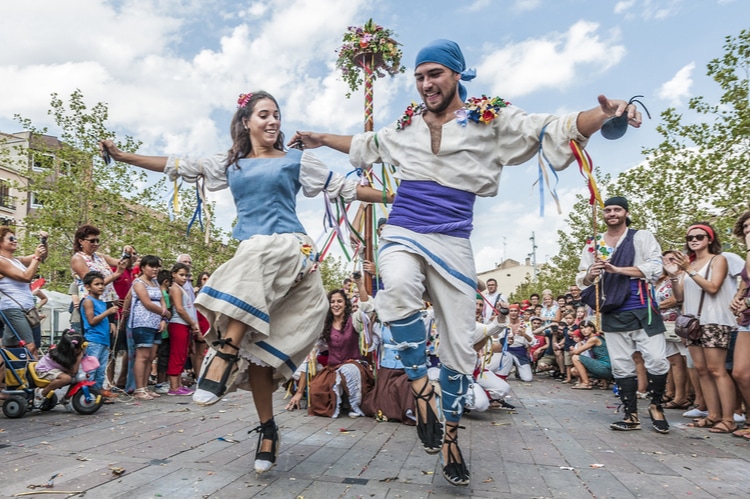 Dancing has been a part of the Spanish culture for centuries, and each region often has their own version of Spanish dances. Southern Spain, in general, has a long history of dancing, and therefore it’s not surprising to see that many of these dances originated there.

When the gypsies came to the Iberian continent during the Baroque period, they brought along their music and dances, and lots of it was incorporated into the Spanish culture. Before that, just as in many other countries, traditional folk dances for each region were popular.

As time went by and people started to travel and connect more, some of the Spanish dances disappeared and the most popular ones stood by the challenge of time. 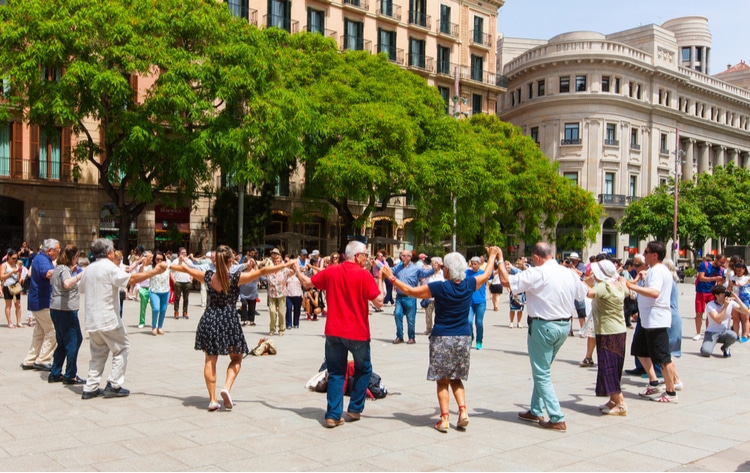 Do you have more questions about a Spanish Dance? Leave a comment below! 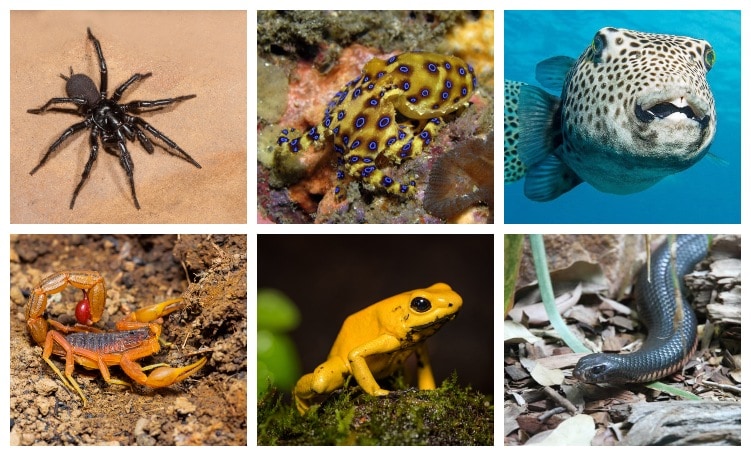 The Most Venomous animals in the world
← Read Last Post 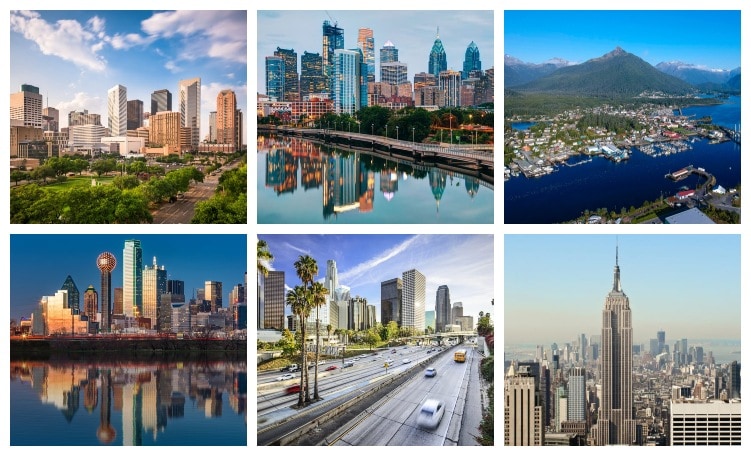 15 Largest Cities in the US - by size and population
Read Next Post →
Click here to cancel reply.