Top Things To Do In New Delhi

New Delhi is part of the mega city of Delhi as you probably either love or hate. The contrasts are massive, and there are people just everywhere. As a tourist, this can be quite overwhelming because you stand out from the crowd, and people that constantly approach you, even if you say no.

Personally I do not like New Delhi very much, and I find it dirty and way too many people trying to fool you wherever you go. But there are still many things to do in New Delhi, and there are plenty of beautiful temples and buildings.

In this article, you can read my favorites when it comes to things to do in New Delhi as a tourist.

Paharganj is New Delhi’s backpacker area, and it is here you will find cheap accommodation close to central Delhi. An exciting area of everyday life mixed with tourism. Here awaits a lot of people, narrow streets with all kinds of shops and hole in the wall businesses. There are also plenty of restaurants and stalls selling whatever you can imagine.

Paharganj is also the area that is closest to the train station, making it a good starting point if you plan to travel by train. A tuk-tuk from the train station should cost no more than 50-100 rupees, but they will try to scam you and ask for 200-500 rupees, even if it’s only a short trip of 5-10 minutes depending on traffic.

They will try to convince you that it’s far away, but it’s really not.

This is a new temple, which was completed in 2005. The Akshardham temple offers magnificent architecture and has almost ridiculous many decorations and details. Unfortunately, it’s not allowed take pictures inside the temple, and you need to leave the mobile, camera, etc. in a safe before entering. The temple’s security is safe, so no need to worry, but expect to pay a small fee to the security man (not mandatory).

Do not miss out on a visit to this temple when you are in New Delhi!

A welcoming and friendly temple where no one was asking for donations or money. Please go to the temple and listen when Sikhs sing and play drums. The temple is a Sikh shrine that was previously Raja Jai Singh of Amber residence and palace.

This park is one of my favorite places in New Delhi. Here you avoid exhaust fumes and can instead enjoy the beautiful scenery and some old statues and historic buildings.

Show your reverence for the legendary Gandhi, the man who liberated India without weapons. Gandhi Smriti is his memorial and burial chamber and a place where you can learn more about him as a person and the opinions he was representing.

Lotus temple is a relatively unknown attraction in New Delhi among many tourists, maybe because it is a bit outside the city center, or because it is relatively new. Anyway, it is a stunning building that is shaped like a lotus flower. And as a photographer, you can’t do anything other but love this temple. If you like unique architecture and cool buildings in general, I can recommend a visit to the Lotus Temple. 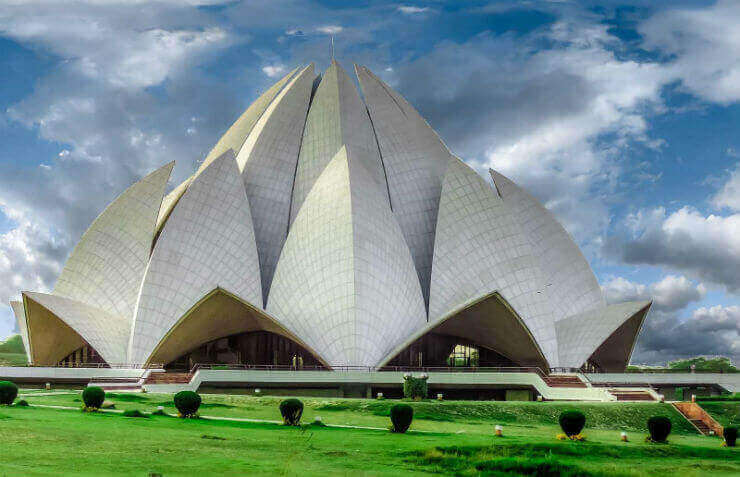 Indian food is famous throughout the world, and it both smells good and tastes divine. Unfortunately, the cleanliness is not always the best, rather rarely, which has also led to the expression “Delhi Belly” which refers to you as a tourist become food poisoned or having problems with your stomach. If you go on this tour, it is almost certain that you do not get a bad stomach, and you get to try many Indian dishes.

If you walk around by yourself, it’s easy to encounter the famous Delhi Belly if you just sit down at a random restaurant or buy something from the food stalls.

To learn more about the history of India, I can recommend a visit to the National Museum. Here is an extensive collection of statues, relics, and other objects. It also shows up the newer India, so it is a museum displaying old as new, and everything in between.

Like many other buildings in New Delhi, this mosque was built during the Mughal Empire. Jama Masjid is the largest mosque in the city and located to the right of Chawri Bazaar. Remember that it is free to enter, and it only costs money if you want to photograph. To get the photograph one needs to pay 300 Indian rupees, but if you do not want it, you can ignore all the people trying to get you to pay anyway.

Are you curious about Indian food? Then this is a place you should go to. There are literally food stalls and restaurants everywhere mixed with small stalls selling various goods. Prices are low, and there is a broad range of most things one can imagine.

Do not forget to bargain!

As soon as they see a tourist, they will raise their price at least three times as much. Do not be shy to bargain; it is part of the Indian culture. Also, you should expect people just everywhere, which can be a bit overwhelming for some.

Either way it’s a fun experience that you will remember for a long time!

Dilli Haat is a craft area where you can shop and tailor clothes. Unlike Chandni Nagar & Chawri Bazaar, Dilli Haat a quiet place. The atmosphere is friendly and relaxed.

This is a great place to shop for souvenirs and local crafts as well as trying some of the authentic dishes from all over India.

Other tourist attractions and things to do in New Delhi

A central temple in pretty colors and many details. Going in is free, but it costs to leave the camera, mobile phone, etc. in a safe. The cost is only a few rupees, although the guard will try to get some extra from tourists.

A beautiful triumphal arch with an adjacent green area. This is where Indian families go on the weekend to hang out and have a picnic.

The India Gate is a monument dedicated to all who died during the First World War. To visit may not be one of the must things to do in New Delhi, but it is quite nice, and it’s also close to the presidential palace. 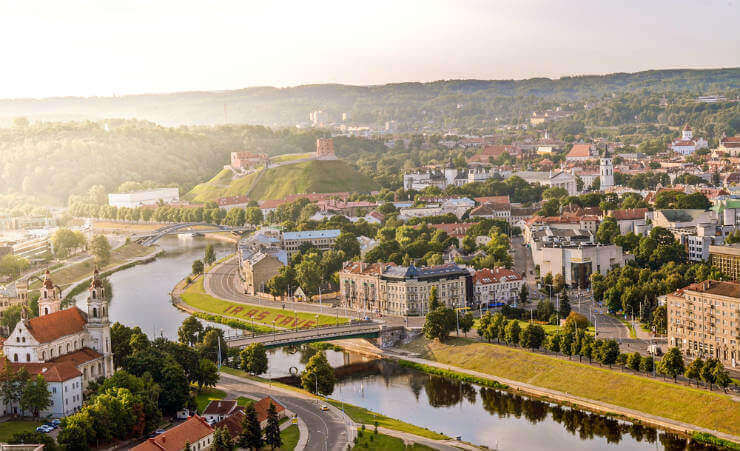 Top Things To Do In Vilnius
← Read Last Post 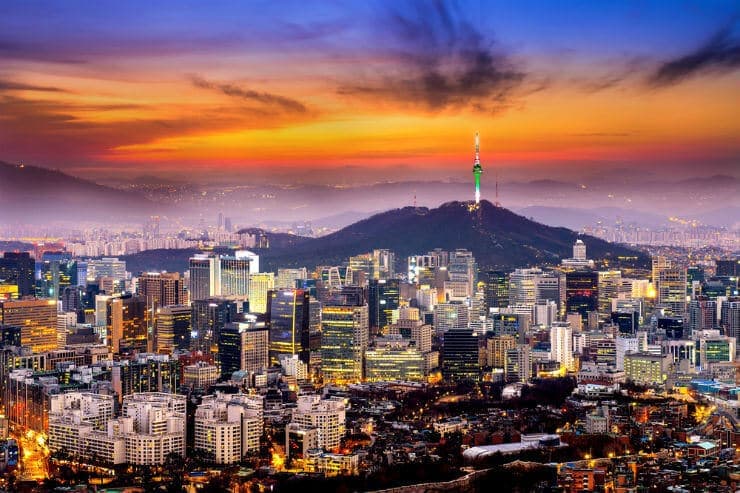