Top Things to do in Elsinore as a tourist

Elsinore (Helsingør in Danish) is a famous city to visit in the summer. It’s easy to get here, thanks to the ferry that runs between Helsingborg and Elsinore with departures every 20 minutes. Once in Helsingor, you’ll be walking along quaint cobbled streets, small shops, cheese shops and of course cheap alcohol and red Pølse with bread.

In this article, I have gathered my favorites when it comes to tourist attractions and things to do in Elsinore as a tourist.

At the tip of the promontory stands Kronborg Castle and gaze out towards the other side of the strait. A historic castle that played a major role in the defense during the war against Sweden. Nowadays it’s much quieter, and you can stroll around and check out the old palace area.

If you want to enter the castle, there are guided tours available. Kronborg Castle is undoubtedly one of Elsinore’s best tourist attractions.

This church is one of Elsinore’s most popular tourist attractions. St. Mary Church in Helsingor forms the southern part of Vor Frue monastery, which was passed by Erik of Pomerania. The church, built in the late Gothic style dates from the mid-1400s and offers a fascinating history and beautiful architecture. 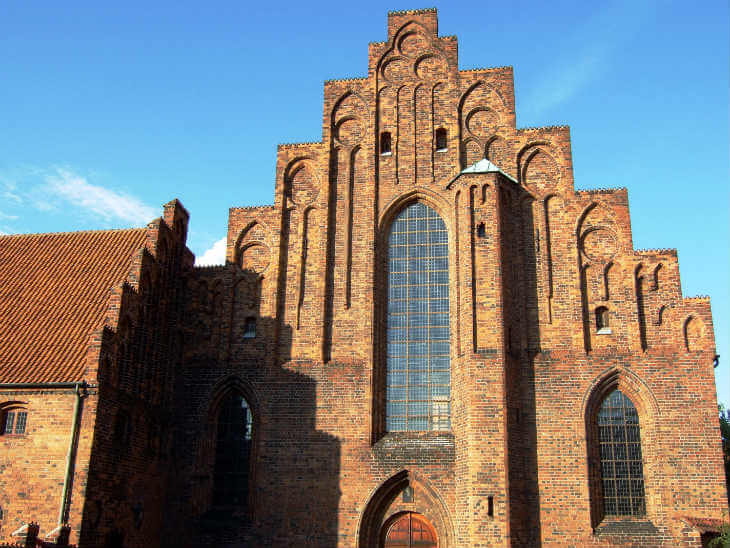 A nice museum with a focus on sea and shipping. M / S Maritime is particularly popular among children, and the exhibits are both interesting and interactive. The exhibitions are varied during the year and replaced every now and then.

A shipowner house from 1600-1700 century that has managed to retain its charm and original appearance despite the renovation. There is also a small shop where sailors in the old days could get everything they needed.

Like culture? Then The Culture Yard is for you. With all of 13, 000 square meters in area, here are exhibitions and activities to suit all ages. The culture yard is perfect if you’re traveling to Elsinore with children.

About 15 kilometers southwest of Helsingor is the royal Palace of Fredensborg. The architecture is of Italian Baroque style from the beginning of the 1700s. The palace was built to commemorate the wars in the north, and that they finally come to an end in 1722. Even the garden surrounding the palace is a feast for the eyes with lots of statues.

When the queen is at Fredensborg, you can also see the changing of the guards.

To go to Elsinore without taking a stroll along Stengaden is like going to Paris without seeing the Eiffel Tower. This is where it happens, so to say, and what to expect is lots of small shops which are lined up on both sides along the cobblestone street.

Here you can find everything from furniture to clothing and liquor stores, and of course cheese. Do not miss out on tasting all the different kinds of cheese!

This ice cream shop opened its doors over 90 years ago. Brostræde Ice cream shop is not like any other ice cream shop. At this one, you get to eat the classic version consisting of ice cream in a cone with a tasty “gräddbulle.” On top of that, you also get jam and cream.

The small ice cream shop is hidden in a small alley next to the ferry station, just before Stengaden. In summer it is easy to see where it is since there is always people outside and munching on the famous ice cream. Both adults, and children.

A Gothic cathedral in the heart of Elsinore. Saint Olaf’s church was built in the 1300s but was only completed in 1559. Its classic red brick distinguishes it from other churches. The name comes from the Norwegian King Olav.

If you like old buildings, especially churches, this is an attraction you do not want to miss. Inside, one can also check out the frescoes and a beautiful pulpit.

Eat a Pølse and drink a Tuborg at the main square

Eating Pølse is a popular thing to do in Elsinore (oh well, all over Denmark actually) and at center, on the main square in Elsinore, there are plenty of small bars and restaurants with outdoor terraces. They mainly serve red Pølse and beer, but more proper foods and other beverages are available as well. On a sunny day, this is a very pleasant thing to do in Elsinore.

Other tourist attractions and things to do in Helsingor

Tura basically means to travel between Helsingborg and Elsinore with the ferry, back and forth. Most get something to eat at the restaurant or a drink in the bar. Going back and forth across the strait is an enjoyable activity, especially if you’re in a larger group who go to Elsinore.

If you’re a little younger and go to Elsinore for partying; the nightclub, Retro is near the train station. During the year, the different themes and age limits, but generally the lower age limit of 20+ on Fridays and older on Saturdays.

Going to Bakken is a classic day trip that suits all ages. Most people in Skåne has been to Bakken, but if you have not been there, I can heartily recommend it. Bakken is one of Europe’s oldest amusement parks and is located in the village called Klampenborg. It features rides in lots of different variations, and the most famous ride is the old roller coaster made of wood.

The train stops at Klampenborg station, and from there it’s only a short walk of 10-15 minutes.

In the 90s many Swedes flocked across the border to purchase spirits and beer as the Danish krone was worth less than the Swedish krona. Even today, spirits and beer are cheaper to buy in Denmark, and in Elsinore, you will find lots of small liquor stores and of course the famous Border Shop, which always has a great variety and discounted prices.