Tombs of the Kings in Paphos – An Ancient World Heritage Site 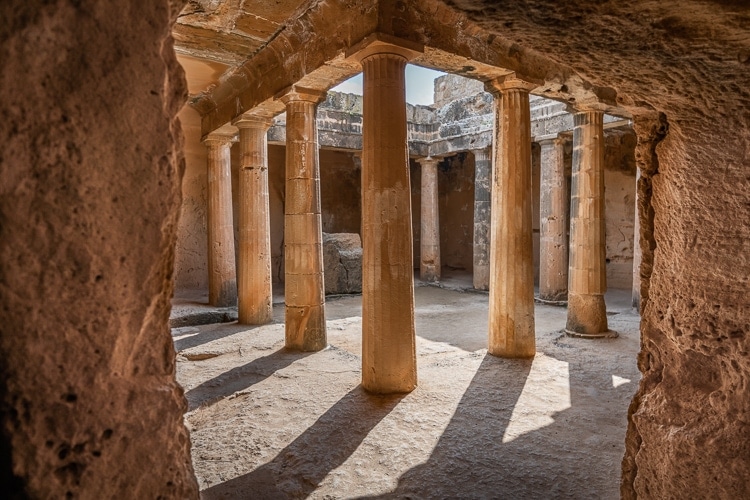 Want to visit Tombs of the Kings in Paphos? It’s one of the UNESCO World Heritage Sites in Cyprus and something that you shouldn’t miss if you’re interested in history and culture.

I’ve been there, and in this article, I will share how you get to Tombs of the Kings as well as more info about the tombs and historic sites. 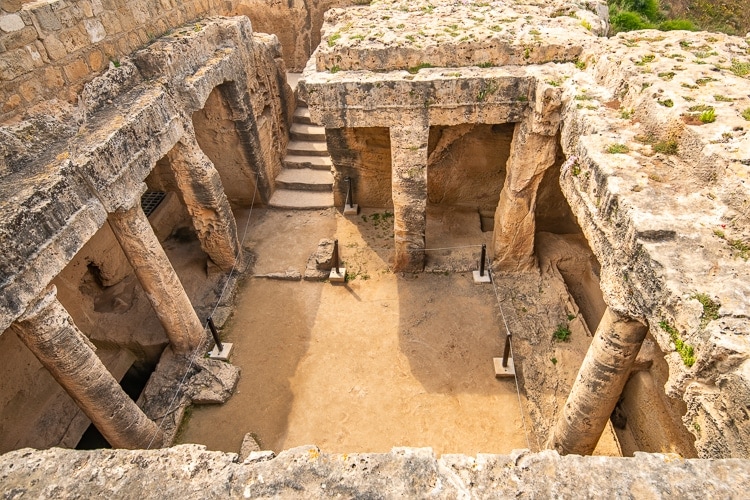 Strolling around the Tombs of the Kings will give you some serious Indiana Jones feelings, and in some of the caves, you can even walk inside and explore further.

The main two tombs are probably the best-preserved place, but the surrounding tombs and ruins are also impressive to see. You should probably dedicate at least 2 hours for the visit in order to see the main sites.

Tombs of the Kings have been designated a UNESCO World Heritage Site status since 1980, and it has become one of the main attractions in Paphos. Most of the ancient site is open for visitors, but some archeological excavations are still on-going, and new findings are made from time to time. 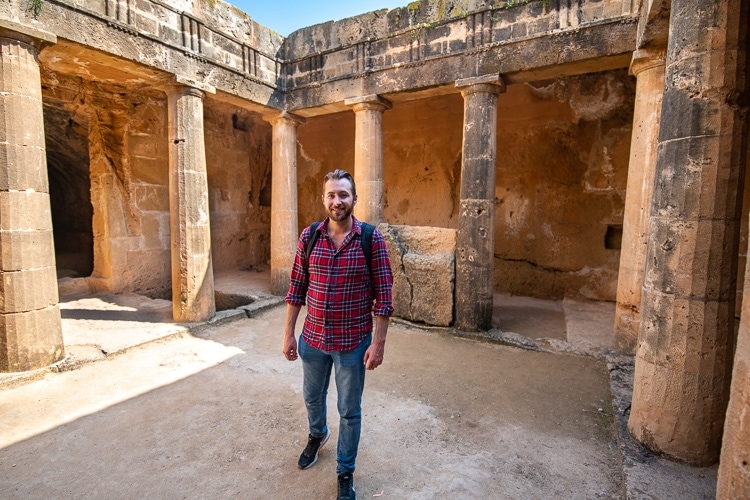 These tombs are carved out from solid rock and are despite the name believed to have been the burial sites of Paphos aristocrats and high officials from the 4th century BC until 3rd century AD.

If your thoughts have wandered towards Egypt and their ancient tombs, you’re not wrong because similar tombs and burial sites have been found in Alexandria, which had close relations to Paphos at the time. 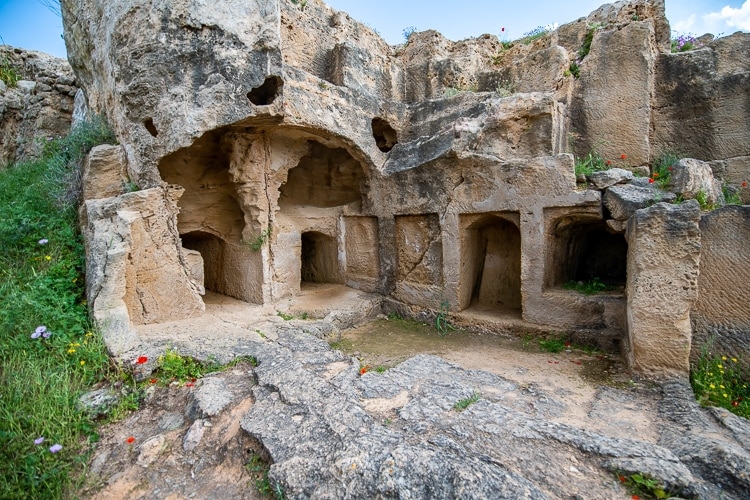 As you can see, the tombs are carved out perfectly, which is quite incredible considering that many of them date back to the 4th century BC.

Unfortunately, you won’t find any mummies or remains in the tombs, but with your imagination, you can think about what it used to look like. 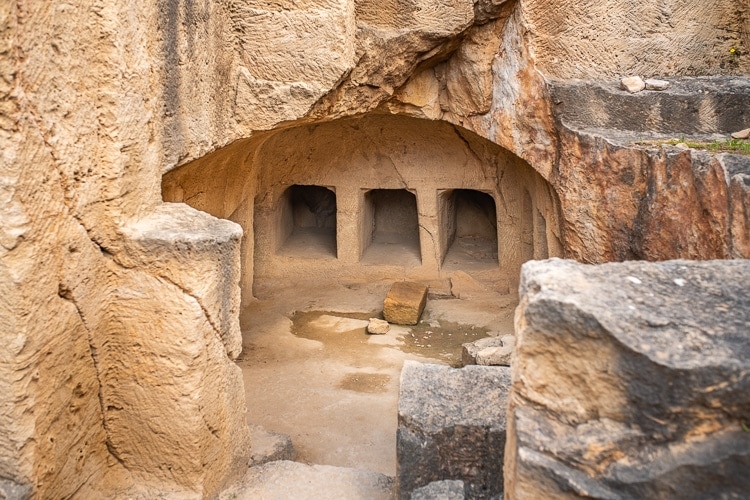 More about the Kings of Tombs

The Tombs of the Kings is an archeological place and series of underground tombs in Paphos. The official name is Kato Paphos Necropolis (Tafoi ton Vasileon).

Despite its name, experts believe that these aren’t burial sites of former kings, but instead aristocrats and high-ranking officials from ancient Paphos.

However, there is just a few pieces of evidence to support this theory, but it’s thought that the graves were plundered some time in history. 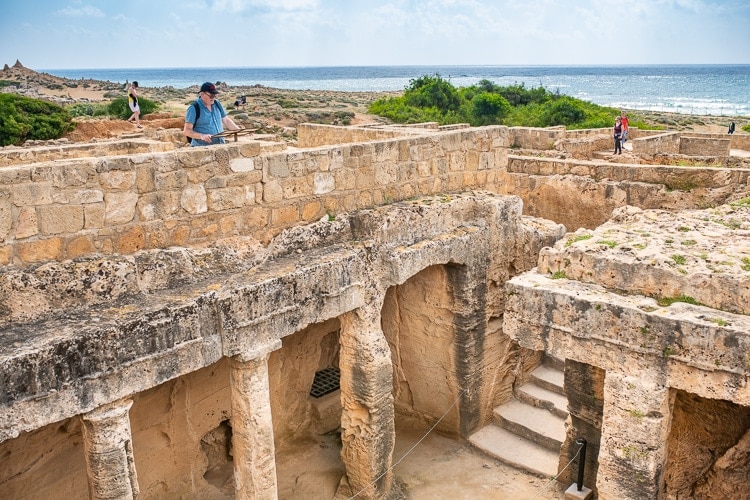 The earliest mention in modern times dates back to 1783 and a written piece by Richard Pockocke. It’s believed that the Tombs of the Kings were forgotten for centuries, and the first official archaeological excavations started in 1870 by Luigi Palma di Cesnola, who was an American consul in Cyprus.

The first scientific excavation took place in 1915, led by Menelaos Markides. Since then there have been numerous excavations, primarily in the ’70s and ’80s. It was after these excavations that Tombs of the Kings were designated the status as a UNESCO World Heritage Site.

It’s one of the most important archaeological findings in Cyprus. 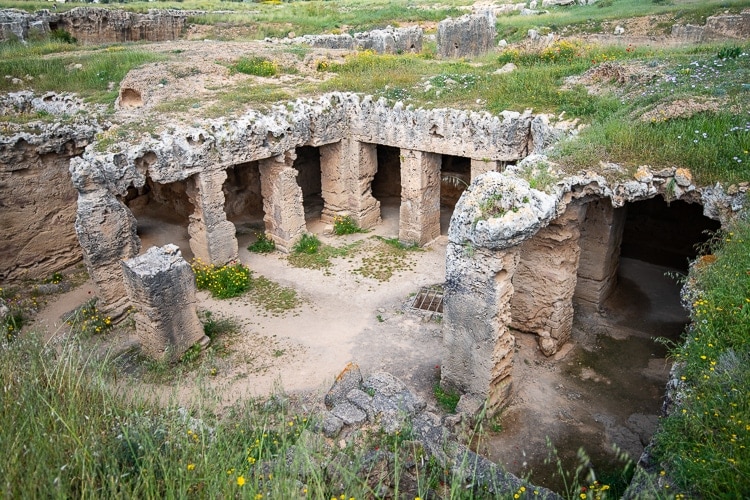 Tombs of the Kings opening hours

The site is open all year round, except on Christmas Day, New Year’s Day and Easter Sunday (Greek Orthodox).

The entrance fee at Tombs of the Kings is €2.50 per person. 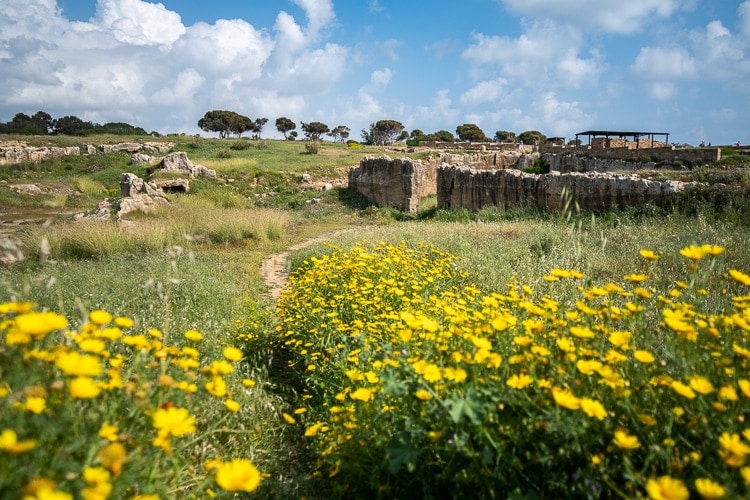 Tombs of the Kings location on the map

How to get to Tombs of the Kings

Bus 615 that runs between Paphos Harbour and Coral Bay stops outside at the main road. You should hop off at Tombs of the kings 6 or 4, and from there you’ll just have 1-2 minutes walking to the entrance. The bus ticket costs €1.50 one way, and they run frequently during the day.

If you’re driving to Tombs of the Kings and come from Limassol, drive towards Kato Paphos and follow the signs. If you’re driving from Coral Bay or Peyia, drive on E701, and just continue straight. When you’ve passed Lidl on your left-hand side, you’ll see signs to Tombs of the Kings within 1-2 minutes, and you’ll have the entry and parking space on your right-hand side.

There are also guided tours that you can join where transport is included. But if you’re staying in Paphos or Coral Bay, then it’s much easier and cheaper to hop on the bus, which stops right outside at the main road. 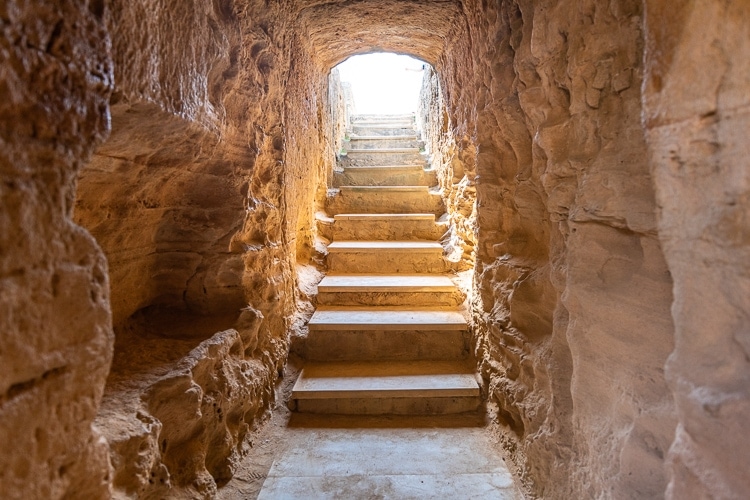 If you want to book a hotel near Tombs of the Kings, then I recommend you to book a room at the Elysium Hotel, which is a really nice 5-star hotel within walking distance.

Restaurants near Tombs of the Kings

There are lots of choices for food and drinks nearby, but below are some of my favorite places. This is a touristy area, and if you just pick a restaurant, you might end up in a place with bland food and poor service.

Luckily, I live in Paphos and know some of the best restaurants near Tombs of the Kings, so these are all safe cards.

Do you have more questions about visiting the Kings of Tombs in Paphos? Leave a comment below! 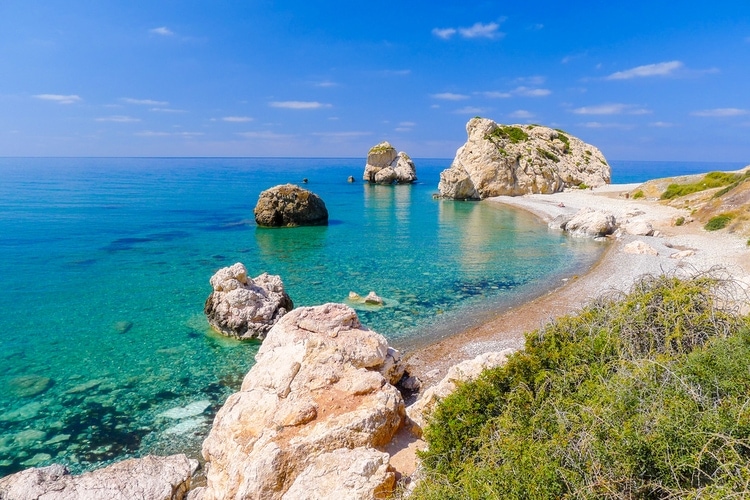 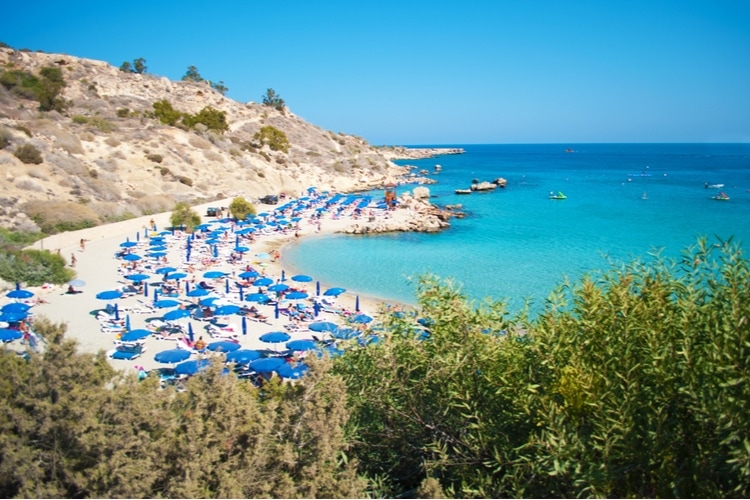