15 Best Things to do in Uppsala (Sweden) 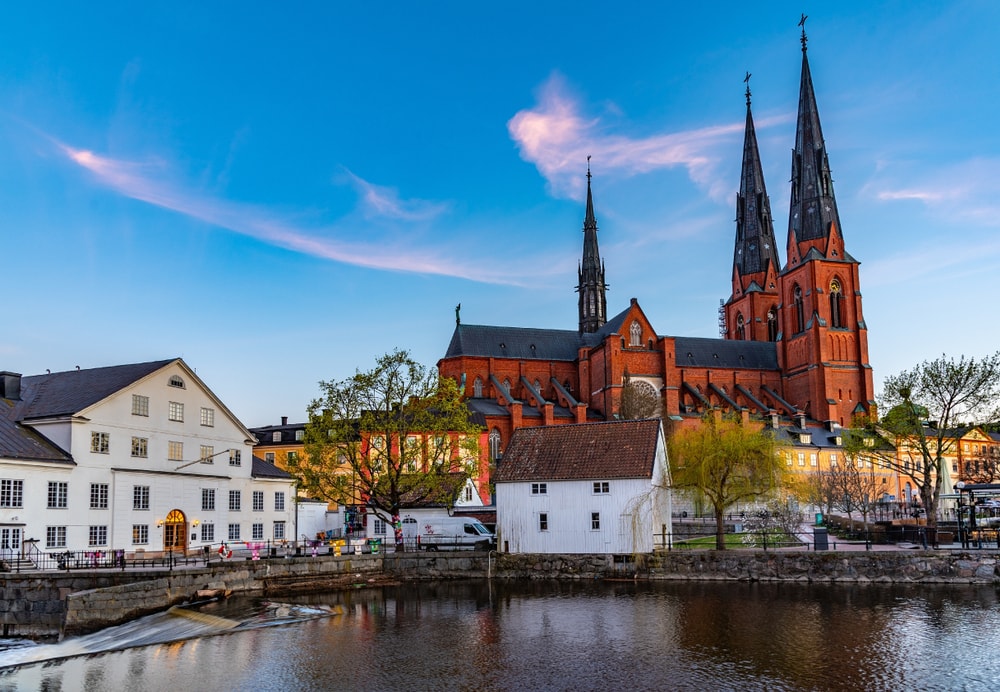 Here’s a list of the 15 best things to do in Uppsala (Sweden), along with famous landmarks, museums, and other points of interest.

Uppsala is one of the largest cities in Sweden with a total population of 166 698 people in its urban area.

The Uppsala Cathedral dates back to the 13th century and is one of the most dominant buildings of the city. Not only does it dominate Uppsala’s skyline, but it is also the tallest church in all of Scandinavia rising to 118m.

Its significance is more than just religious as it is also the burial place of King Eric IX who is considered the patron saint of the country.

The architecture of the church is characterized by the French Gothic style and reminds of the churches found in central and southern Europe. 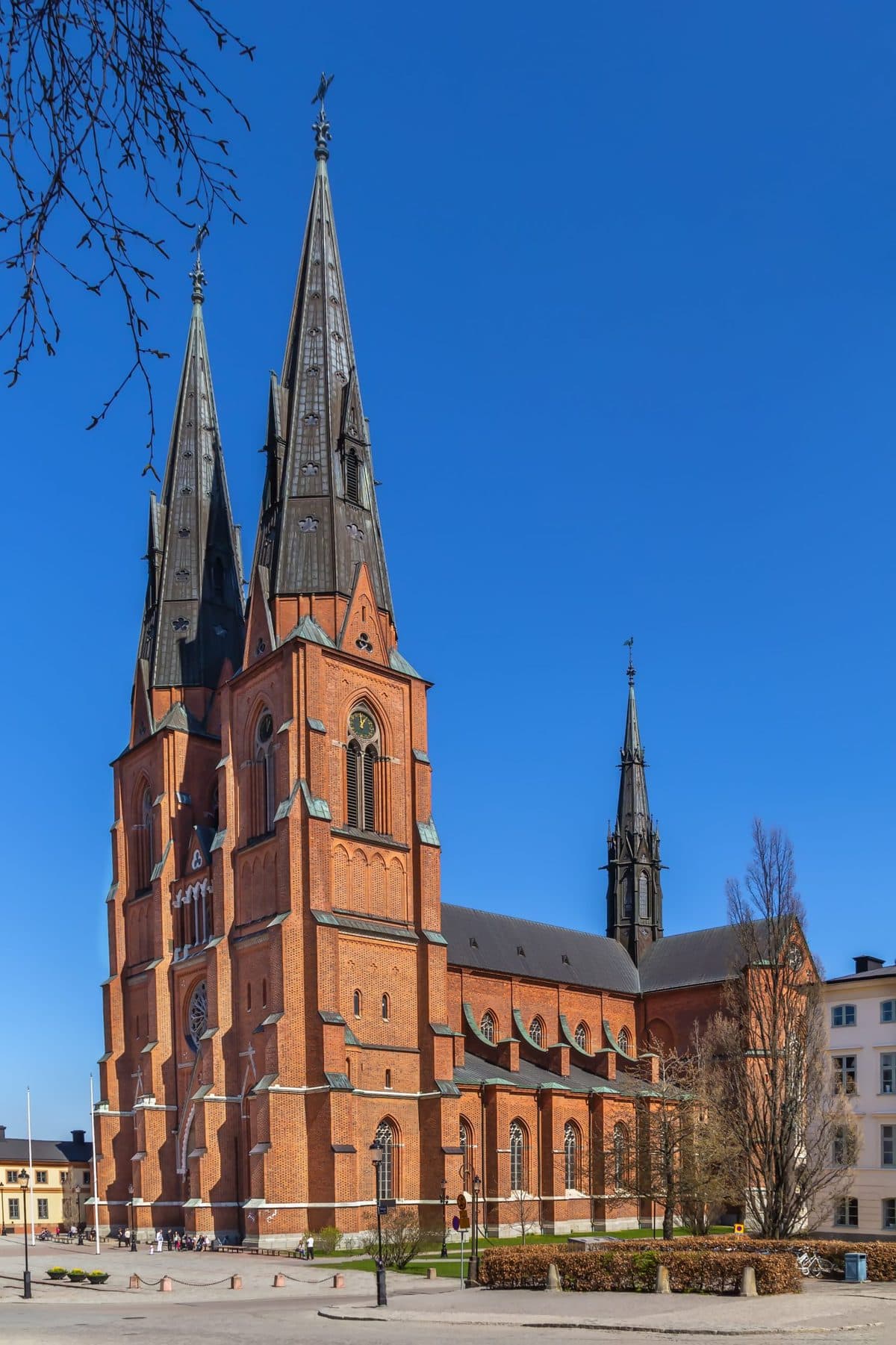 Gustavianum is the oldest building of the local university and dates to the 17th century. Today it is mainly known for its great museum. Despite the age of the building, the museum itself was inaugurated as late as 1997 but has since then become one of the most important cultural centers in Sweden.

There are five permanent exhibitions found here including an anatomical theater, a cabinet of curiosities and a section on the history of the university.

Often considered the highlight of the Gustavianum is the Valsgärde, which is dedicated to the Viking Age as well as the exhibition on the Mediterranean Sea and the Gulf of Nile which consists of many antique artifacts excavated by the archaeologists of the Uppsala University. 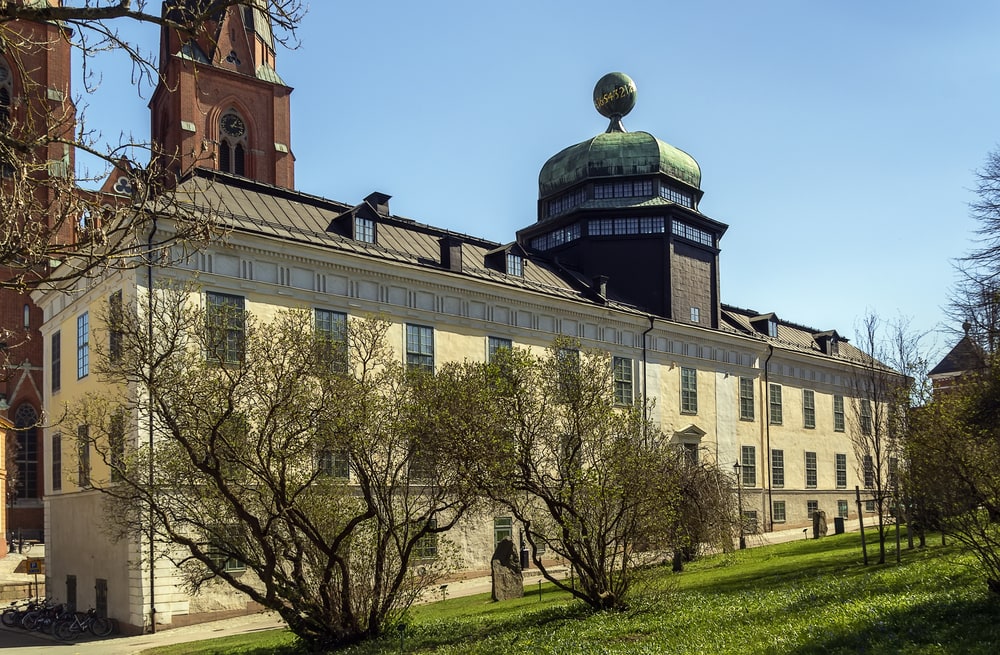 Linnaeus Garden dates to the 17th century and is considered the oldest of its kind in all of Sweden. It belongs to the Uppsala University and is very maintained offering residents and visitors an oasis of greenery right in the heart of Uppsala.

The gardens are held in a typical 18th-century style and feel almost like a museum. The buildings here are dedicated to Carl Linnaeus who is one of the most important botanists of the country. 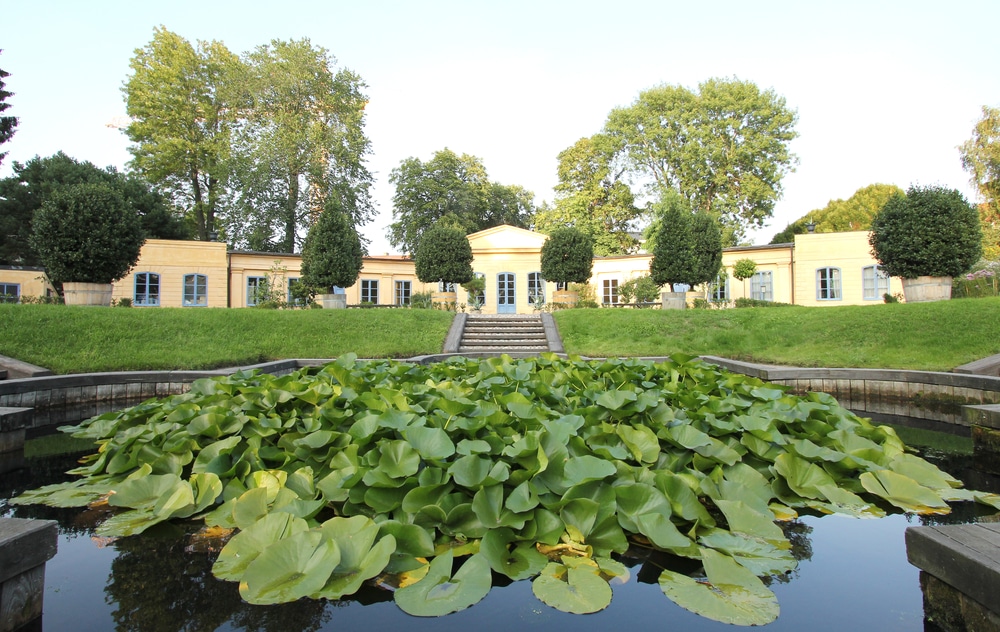 Found on the grounds of the botanical gardens is the interesting Linnaeus Museum. It showcases the history of Carl Linnaeus who studied at the Uppsala University in the 18th century and has gone on to become one of the most important botanists in all of Sweden.

The museum is dedicated to both the personal as well as the professional life of this great man and tells the story of his many accomplishments.

Many of the original household items and furniture pieces are restored and add a very authentic atmosphere to this museum. Together with the Linnaeus Garden a must-visit when coming to Uppsala.

The Uppsala Castle is one of the city’s most remarkable buildings and is characterized by its bold design and monumental size. Not only did it serve as a royal residence, but it was also a major part of the political history of Sweden as it served as a representative Renaissance palace for Eric XIV, John III, and Charles IX.

Today the castle serves as the administrative center of Uppland but is also open to the general public. Due to its slightly elevated position, it offers great views over Uppsala.

The castle houses the Uppsala Art Museum, Fredens Hus (House of Peace), and Vasaborgen, three interesting museums that are great for learning more about the history and culture of this region. 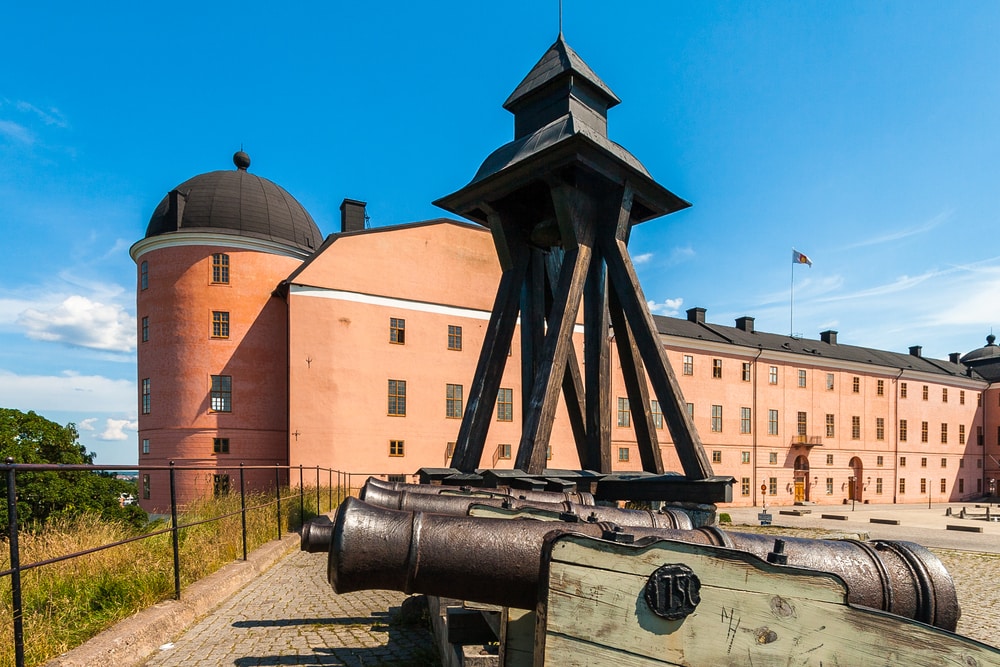 Upplandsmuseet is dedicated to the cultural history and archaeology of the country and offers a permanent exhibition that covers many aspects of the life of its residents.

There is a section on the general history of the area as well as the Uppsala Cathedral and the local university. The museum is housed in a very elegant building situated right on the river Fyris which has been used as a water mill before being turned into a museum in 1959.

One of the best things about the Uppland County Museum is that it’s very family-friendly and much more interesting for kids than you would expect. 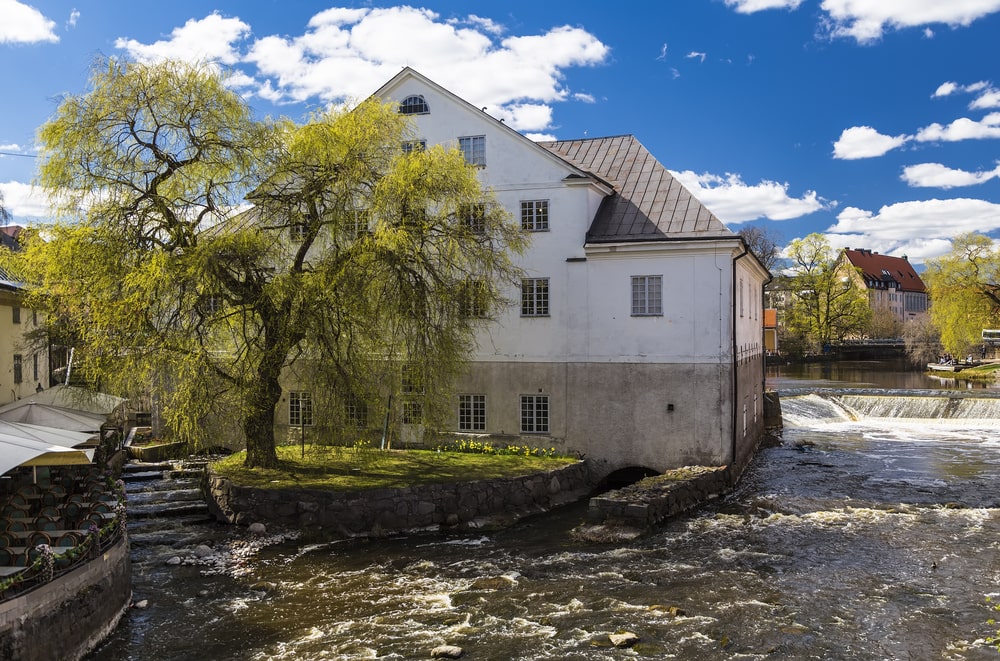 Gamla Uppsala Church is located in the northern outskirts of the city and shouldn’t be missed when coming to the city as it is surrounded by very interesting historic sites.

The village in which the church is located was one of the most important cities in Sweden during the Middle Ages. It served as a cultural and economic hub and this great legacy can still be felt in Gamla today.

Even though many people come here for the archeological area, the Gamla Uppsala Church is a lovely old church and shouldn’t be missed as it is full of rustic charm. 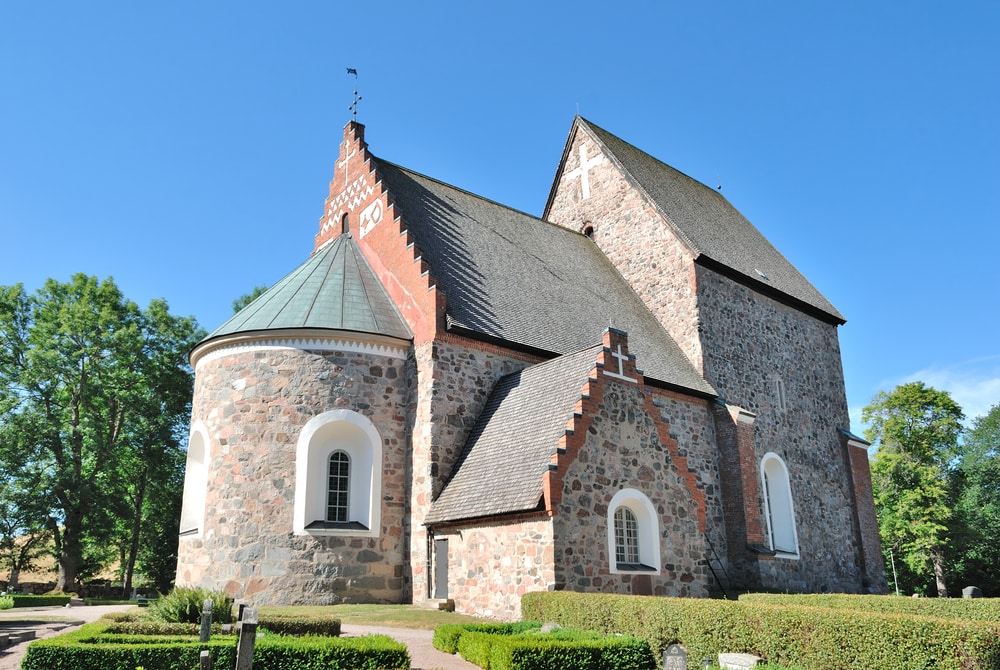 Fyrishov is one of the biggest multi-purpose arenas in all of Sweden and is home to a great water park that is a very attractive spot for families and children and everyone who wants to escape the often cold Swedish climate and relax in pleasantly warm water.

The water park offers everything you would expect, many fun water slides, a large swimming pool suitable for long-distance swimming as well as relaxation areas. Fyrishov also features large indoor-sport halls and serves as a concert venue, a true multi-purpose arena.

The impressive University Hall can be found just a few meters west of Uppsala’s impressive cathedral and is very easy to reach on foot.

After its construction in the late 19th century, the splendid building served as the home of all the faculties of the local university and is still in use today for lectures and university ceremonies.

There are also concerts held here as the building features an impressive auditorium with seating for around 1,800 people. One of the most impressive features of the University Hall is its large entrance hall so don’t miss visiting the insides of this grand structure. 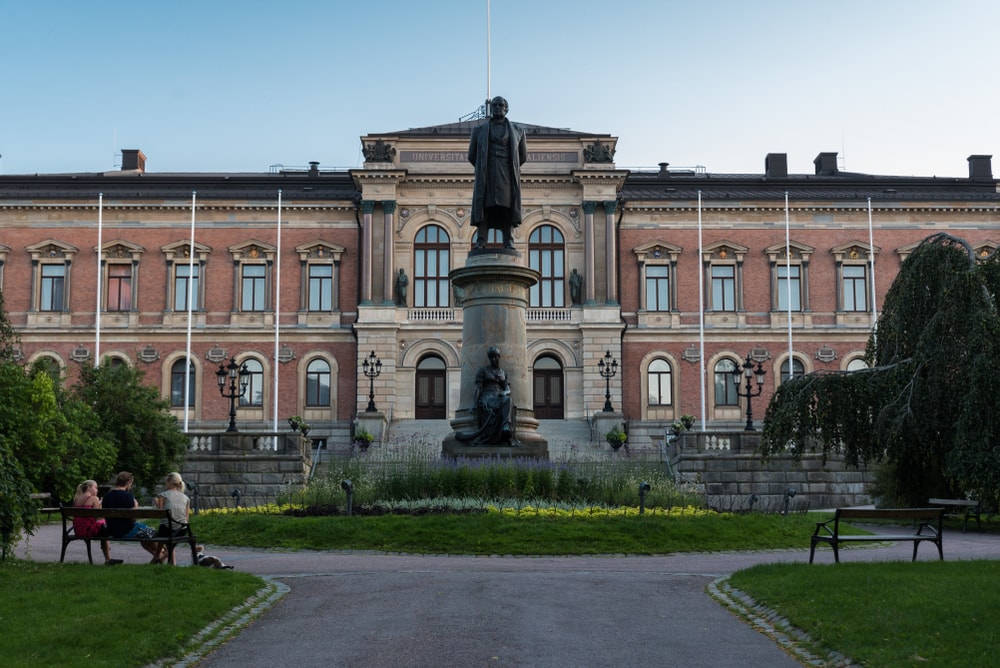 Bror Hjort is a popular Swedish artist who is known for his traditional crafts. The atelier and museum that is accessible by the public today served as the artist’s home during many years of his lifetime (1894 – 1968).

What makes his house so attractive today is how cozy and small it is. Coming here feels very intimate and there is also a small cafe next door that is very recommendable.

Bror Hjort’s house is not a must-visit when coming to Uppsala but it is definitely very much worth it for anyone with an interest in art as the works presented here are very diverse and engaging.

Skokloster Castle is a very elegant structure that is characterized by its four guard towers and its white facades. It was built in the 17th century in a beautiful Baroque style and has recently been turned into a museum exhibiting art, historic weapons, and books.

The castle is remarkably well-maintained and especially the interior with its rich decorations is stunning making the Skolkloster a real must-visit when coming to Uppsala.

Another great thing about the castle is its scenic location amidst stunning nature on a peninsula south of Uppsala. It has also been named one of the most beautiful castles in Sweden. 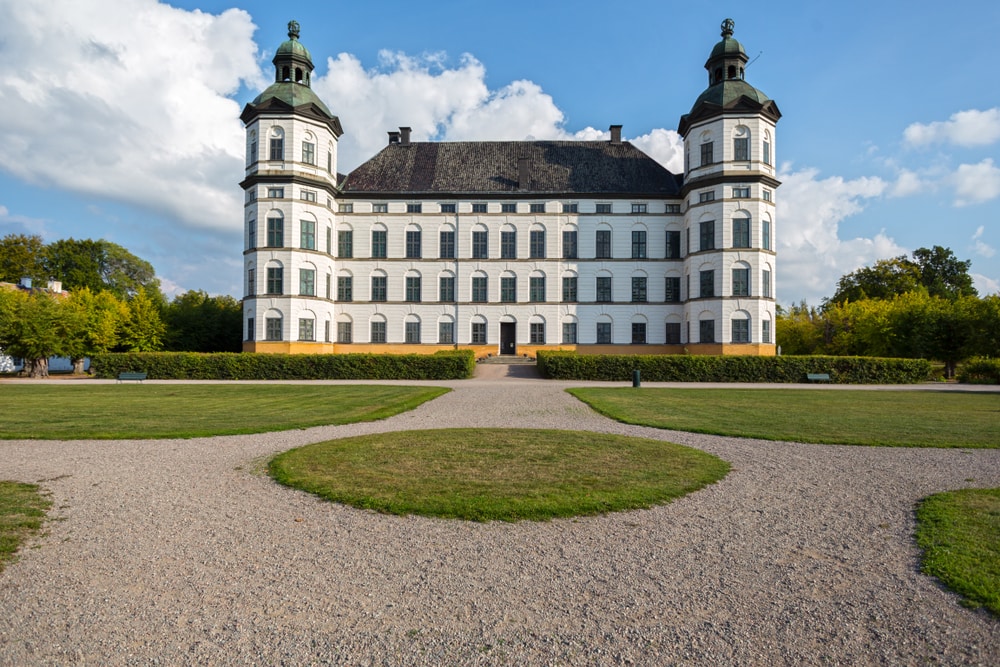 Fjällnora Friluftsomrade is a recreational park located at the lovely Lake Trehörningen. Despite the chilly water temperatures the park offers a popular public bathing area and adjacent picnic and BBQ areas.

There are playgrounds for children, hiking and cycling paths as well as a camping ground. Pedal boats can be rented here and are a great way to get on the water and see the beautiful lush forests of the area from a new perspective.

‘Thing of all Swedes’ Mound

The “Thing of all Swedes” Mound used to serve as a meeting point for the government of ancient Sweden, making it a really unique historic site. During the time of the Vikings, so-called law speakers would come here to solve problems brought to them by the ordinary people of the area.

These often included marriage, inheritance settlements, and negotiations over armed conflicts. The mount is located in the archeological area of Gamla Uppsala and is a great place to learn about the traditions of the ancient Vikings. 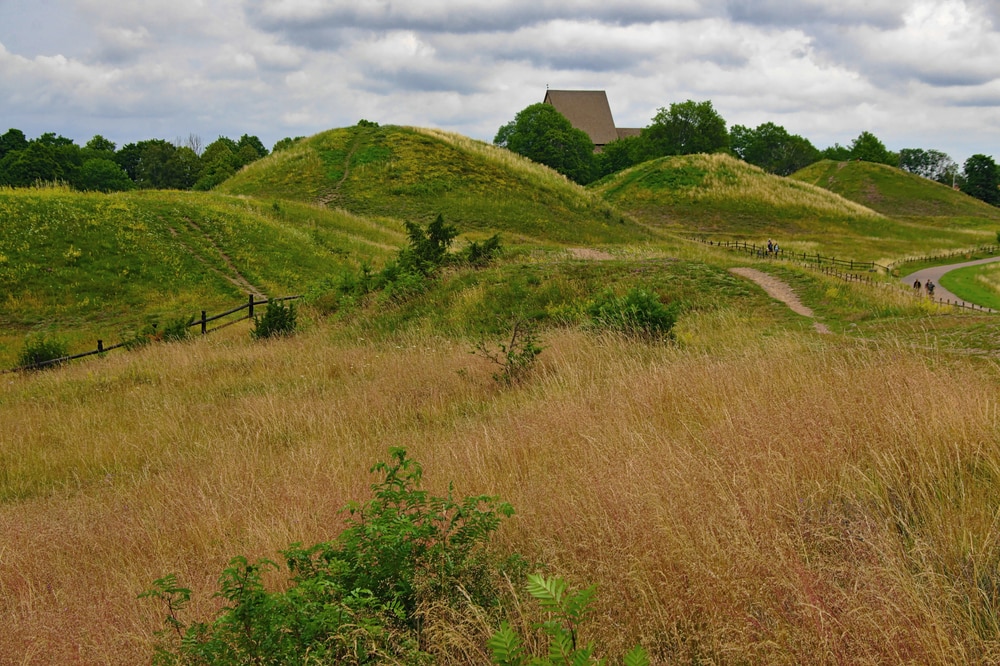 Biotopia is a fantastic nature museum that is ideally suited for all visitors with an interest in nature. It doesn’t matter if young or old, the museum is geared toward everyone.

The displays found here allow seeing and hearing the wildlife of Uppland as if you were deep in the wilderness and there are also displays of extinct animals found here. There is also a so-called Biolab which allows hands-on experiments.

Uppsala University manages a number of botanical gardens all over the city. Some of them are well-known such as the Linnean Garden with its great museum while others are less frequented but beautiful nonetheless.

The Botanical Garden west of the Uppsala Castle offers a Tropical Greenhouse and an orangery named after the great botanist. It is a very beautiful neoclassical building from 1787 and shouldn’t be missed.

The orangery houses the garden’s tropical plants and cacti and is open to the public. 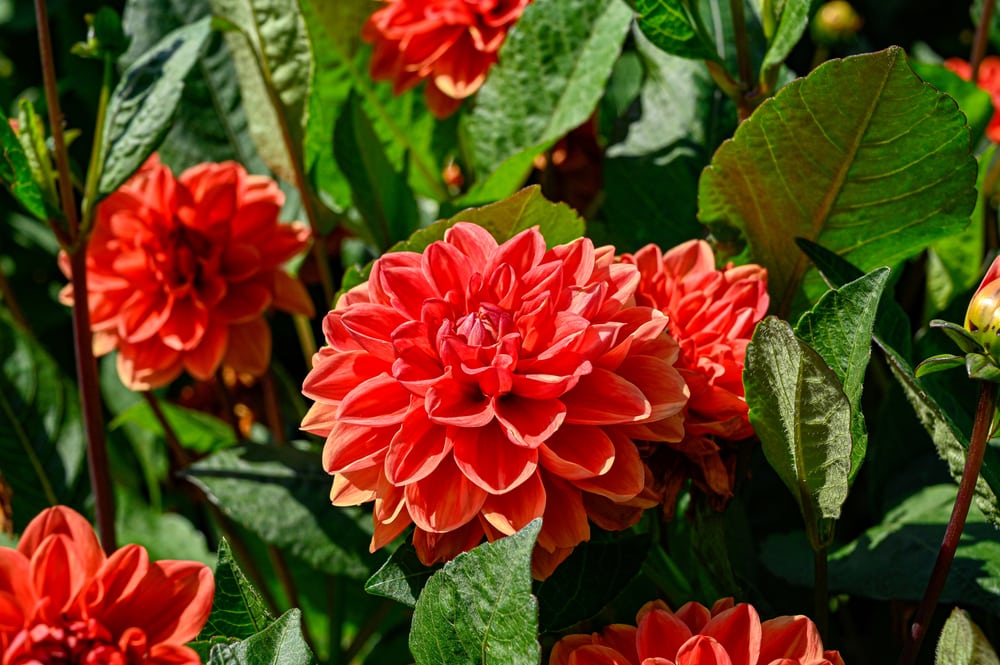 Want more recommendations on things to do in Uppsala? Leave a comment below! 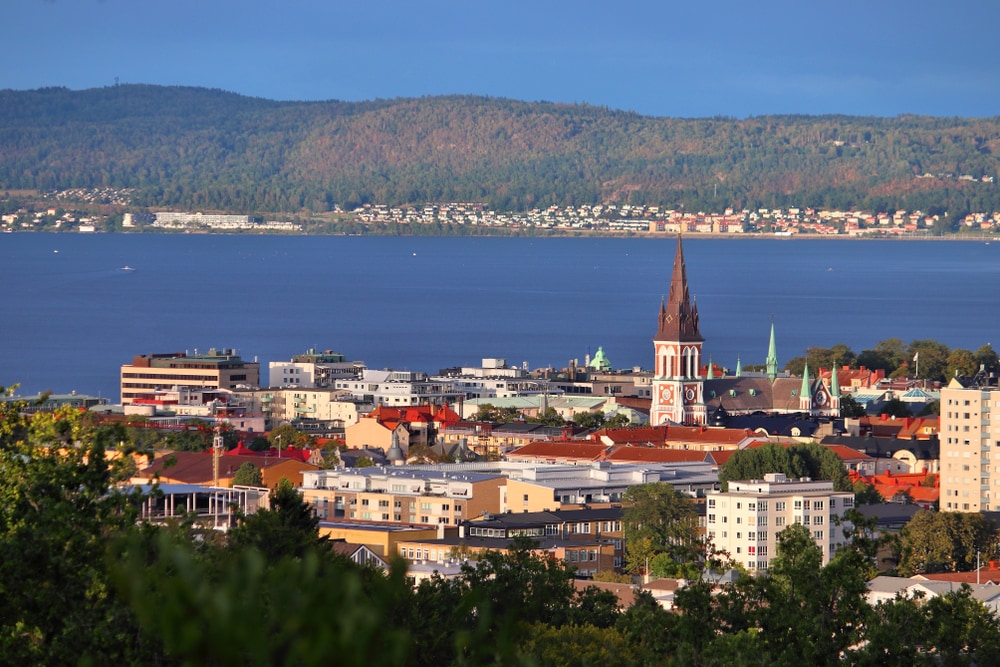