15 Best Things to do in Thessaloniki (Greece) 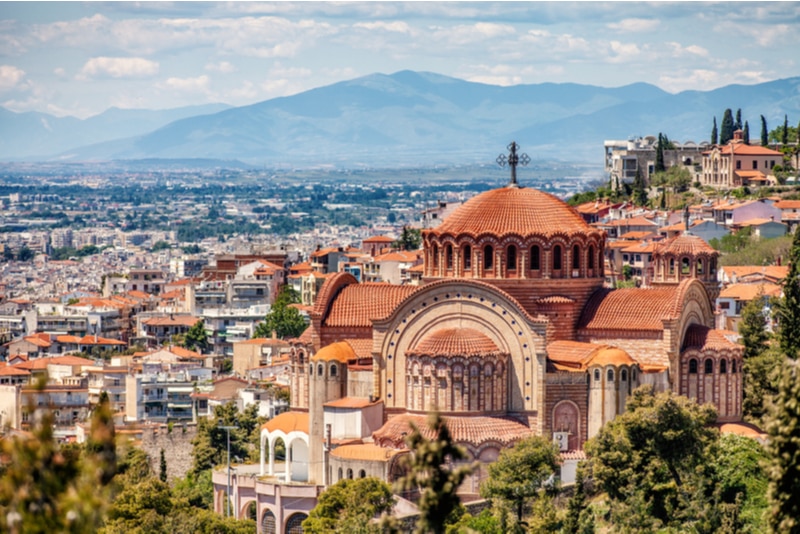 Here’s a list of the 15 best things to do in Thessaloniki in Greece, along with famous landmarks, museums, and other points of interest.

Thessaloniki is the second-largest city in Greece with a population of more than 1,1 million residents within the metro area. It’s a great weekend-destination with plenty of international flights from various European capitals and cities.

It has long been an important city, and it was founded already in 315 BC by Cassander of Macedon. Since then, Thessaloniki has continuing to thrive during various eras, including the Roman period, Byzantine Empire, and even during the Ottoman rule from 1430 to 1912.

In this article, I will share some of the best places to visit in Thessaloniki as well as museums and activities that shouldn’t be missed while visiting.

Thessaloniki’s White Tower serves as the symbol of the city and acts both as a monument and a museum. The tower is situated right on the Mediterranean Sea and is a great example of the interesting history of the region as it exchanged hands numerous times serving ancient Macedonia, the Ottoman Empire, and finally modern-day Greece.

The magnificent tower offers visitors a panoramic rooftop that allows great views over the sea, the waterfront promenade, and the city of Thessaloniki. The museum is a top-class institution as it combines modern presentation, interesting artifacts, and historical atmosphere in a fantastic way. 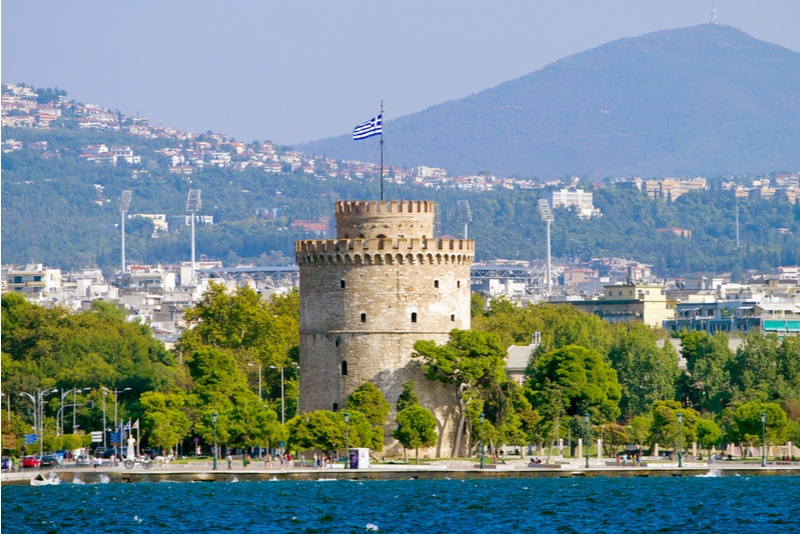 The Church of Saint Demetrius is Thessaloniki’s main religious landmark and awes visitors with its fantastic Byzantine architecture. The Hagios Demetrios, as the church is also called, is dedicated to Saint Demetrius, the patron saint of Thessaloniki.

It is also him who is displayed on the famous six extant mosaic panels that the site is known for. The structure’s significance is highlighted by its listing as a World Heritage Site since 1988. 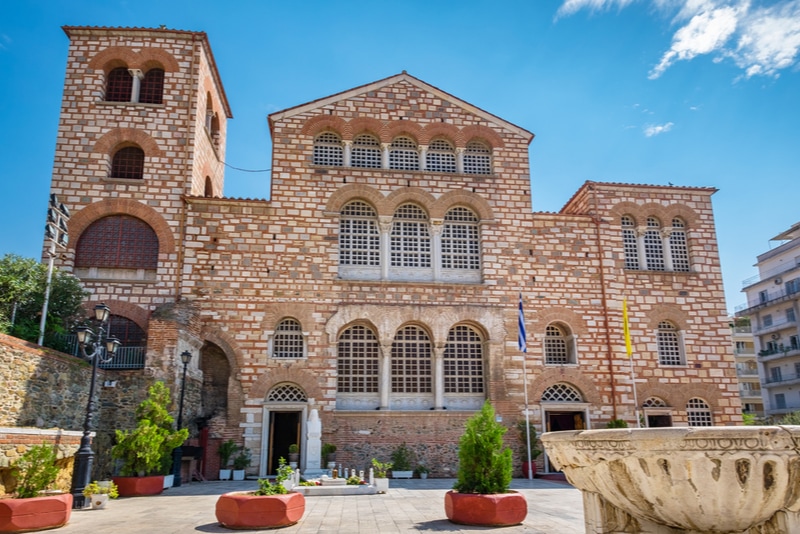 The Ataturk Musem is the birthplace of Kemal Atatürk, the founder of modern-day Turkey. The house consists of three stories and a beautiful courtyard and aims at educating its visitors about the political life and achievements of Atatürk.

There are many photos and historic artifacts on display. Much of the furniture and interior decoration has been conserved and adds a very historic atmosphere to the museum. 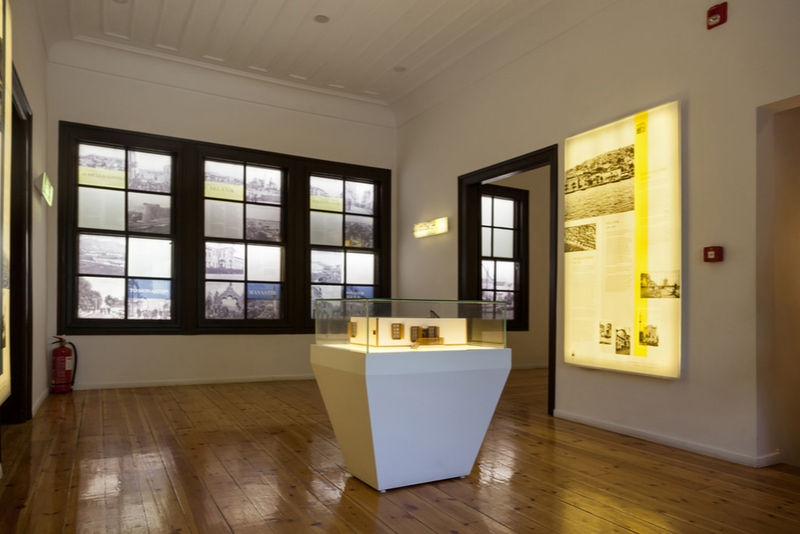 The Rotunda of Galerius is a magnificent cylindrical structure built in 306 AD. It was initially built as a mausoleum for the Roman emperor Galerius but never served that purpose as the emperor was buried elsewhere.

Instead, the Rotunda was converted into a Greek Orthodox Church and is today regarded one of the oldest remaining churches in Thessaloniki. Visitors can enter the insides of the structure and check out the interesting mosaics that can be found here. 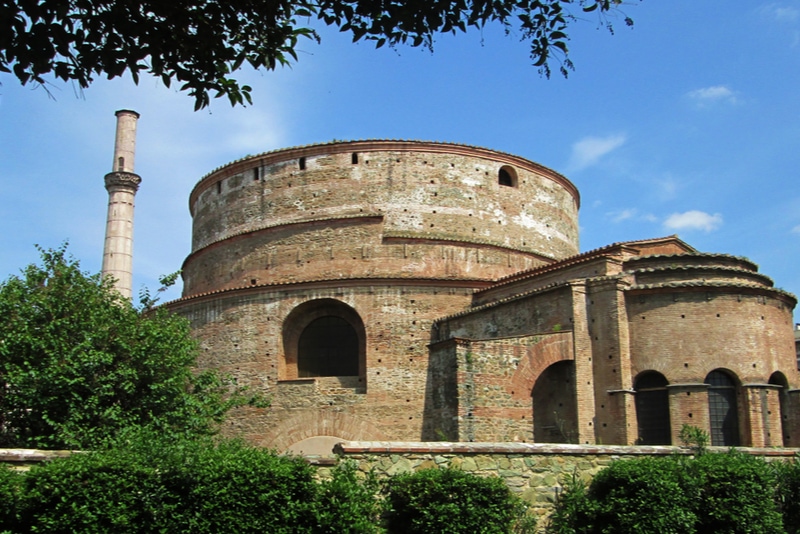 Monument of Alexander the Great

The monument of Alexander the Great is situated next to the sea in Nea Paralis. The structure is around six meters tall and shows Alexander riding his famous horse Voukefalas.

The monument is located in proximity to the White Tower and shouldn’t be missed when coming to this part of the city. The many benches in the park surrounding this site invite for a few minutes of relaxation. Kids will love the many fountains located here. 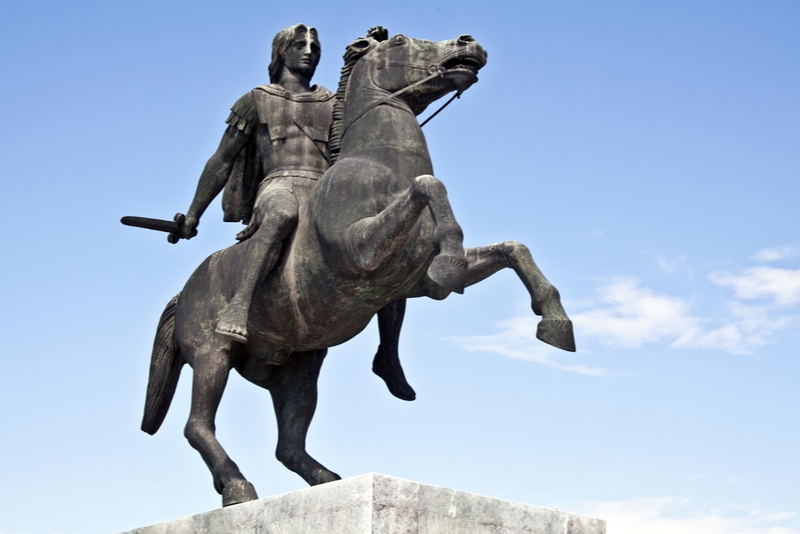 Watch a game at Toumba Stadium

Thessaloniki is the home of a proud football club, A.C PAOK. The team has won multiple Greek Championships and is one of the most prestigious clubs in the country.

PAOK plays its home games in the Toumba Stadium, a local arena with a capacity of 29.000. Greek football is known for its fanatic fans and great stadium atmosphere so why not buy a ticket and experience what football means to the Greeks firsthand?

If you’re lucky, your visit might be timed with a date where PAOK plays one of their fierce rivals, such as Olympiakos or Panathinaikos, which are certain to provide a lively atmosphere in the area. 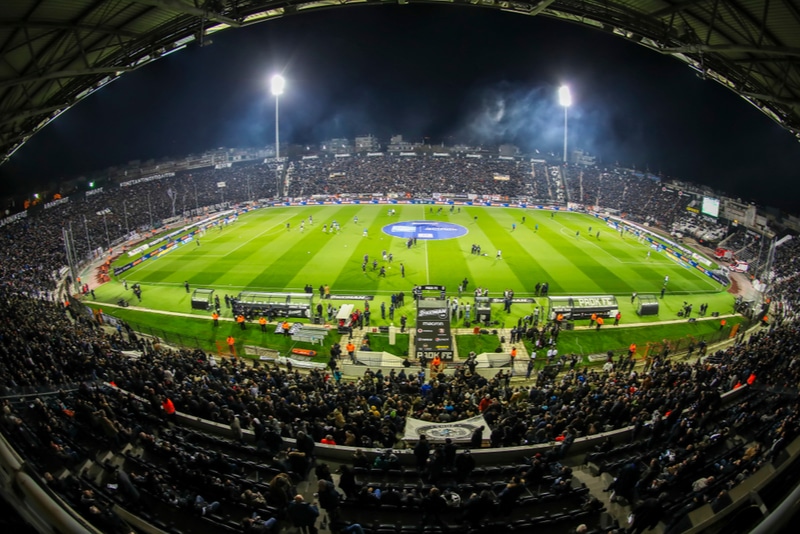 The Archaeological Museum of Thessaloniki display artifacts from many eras ranging from the Prehistoric to the Roman periods. The museum focuses on Thessaloniki and Macedonia.

It is a great source of information regarding the history of the area. Particularly interesting are the exhibits of Alexander the Great, telling the fantastic story of his conquests. Visiting the Archaeological Museum is one of the best things to do in Thessaloniki if you want to learn more about its long history. 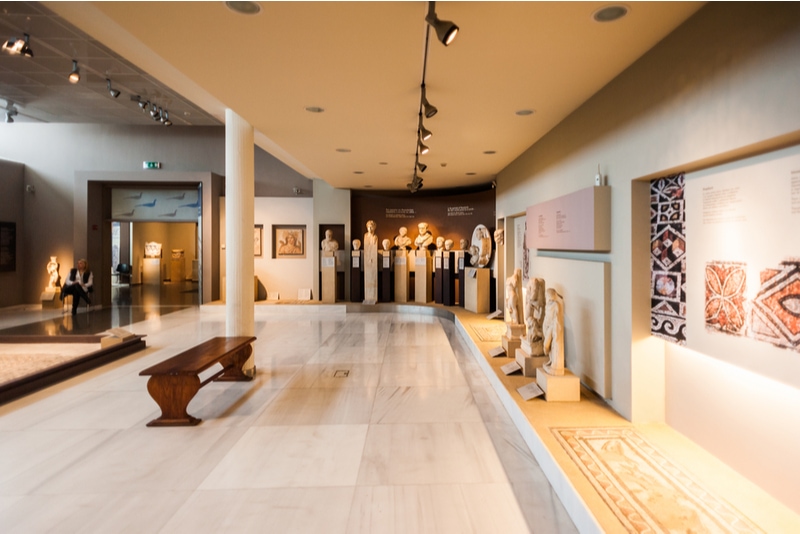 If you are looking for an atmospheric, historic area to have a walk, look no further than Ladadika, Thessaloniki’s most beautiful neighborhood.

The area is located in proximity to the Port of Thessaloniki and it used to be the most important commercial center of the city. For many decades this was the area where the foreign merchants were living and trading their goods.

What makes Ladadika so unique and interesting today is mainly thanks to its preserved 19th-century buildings and lively atmosphere. Apart from that, the area is also known for its many great bars, restaurants, and nightclubs, making Ladadika a hotspot for Thessaloniki’s nightlife. 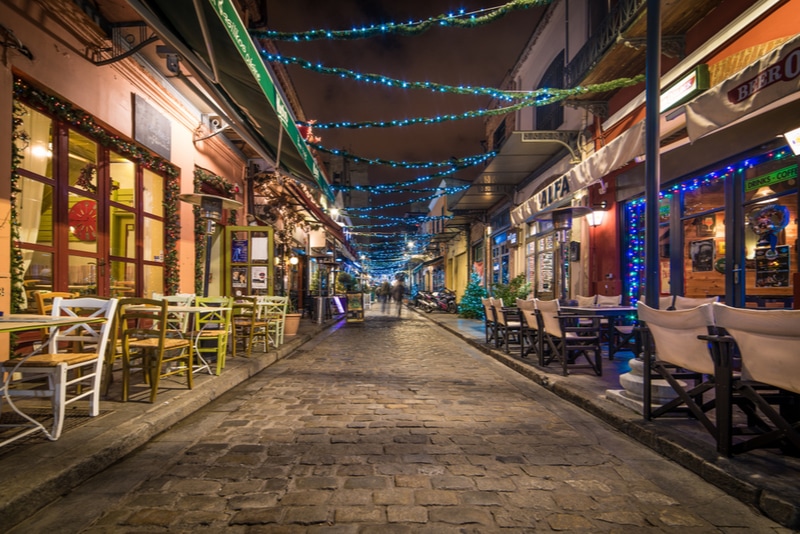 The Arch of Galerius is another landmark of Thessaloniki. It was built 298 AD, and the structure was dedicated to the victory of the Roman emperor Galerius, who beat the Sassanid Persians here in the same year.

Only the northwestern three of the previous eight pillars have survived to this day but that doesn’t make the arch any less impressive as plenty of its marvelous details are still visible today. 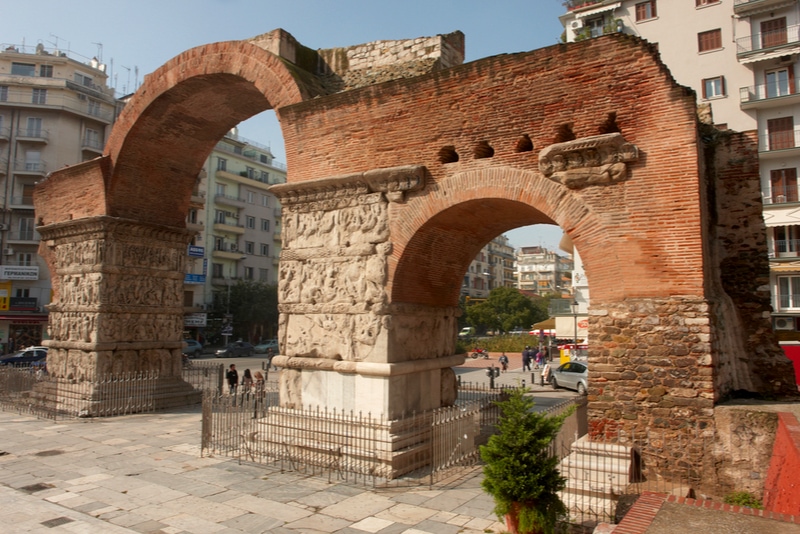 The Hagia Sophia is one of the major religious sites in the city as it served as the metropolitan church of Thessaloniki for many decades. The Byzantine church is erected as a cubic structure that is almost square and features a tripartite sanctuary on the eastern end.

The interior of the church is also very impressive as many of the wall paintings are well preserved and show interesting scenes of the historic life in the area.

Hagia Sophia in Thessaloniki has also earned its status as a World Heritage Site. A church has stood on this location since the 3rd century, although this modern version was built in 1205.

During Ottoman times, it was converted into a mosque, much like Hagia Sophia in Istanbul. It was re-converted into a church in 1912 after the liberation of Thessaloniki that took place in the same year. 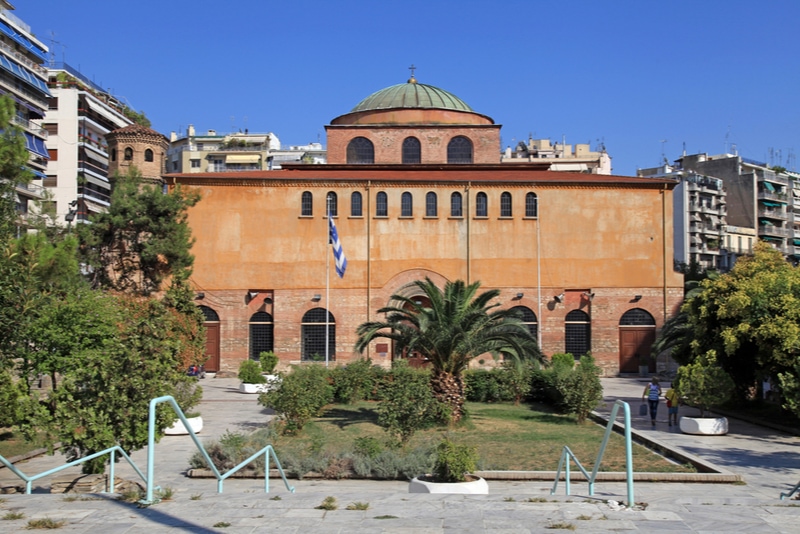 The Heptapyrgion is an Ottoman castle that is part of Thessaloniki’s old town. It used to house the commander of the Ottoman forces and acted as a major fortification for the city since its construction in the first century.

Thanks to the restoration work beginning in the 1970s the fortress is in very good shape today and serves as a major tourist attraction. Especially the fortress walls and gates give a great hint of the mighty past of this structure. 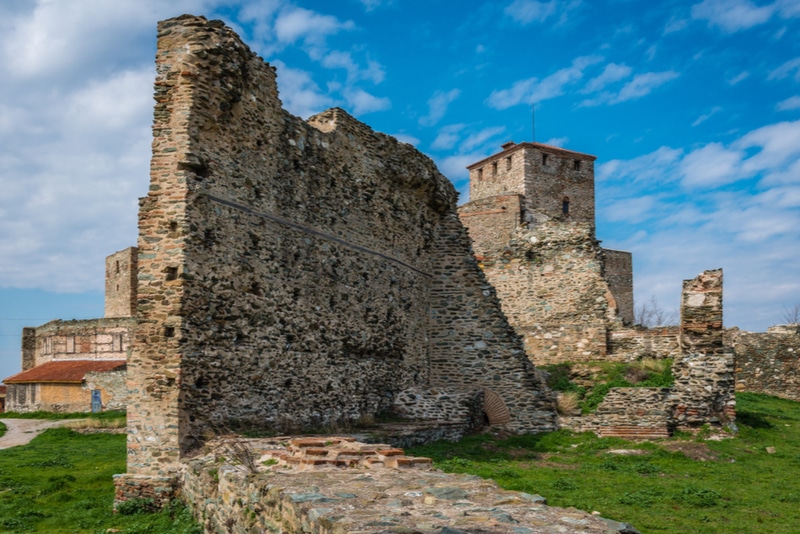 Ano Poli is another historic neighborhood in Thessaloniki that is very inviting for a walk. Unlike many other areas of the city, Ano Poli survived the great fire of 1917 and much of the old buildings are largely intact.

While strolling around in this area, you’ll find a number of historic buildings and atmospheric alleyways. The neighborhood is situated just north of the Roman Agora and features interesting historic sites like the Alaca İmaret, the Church of Saint Catherine, and the Byzantine Baths. 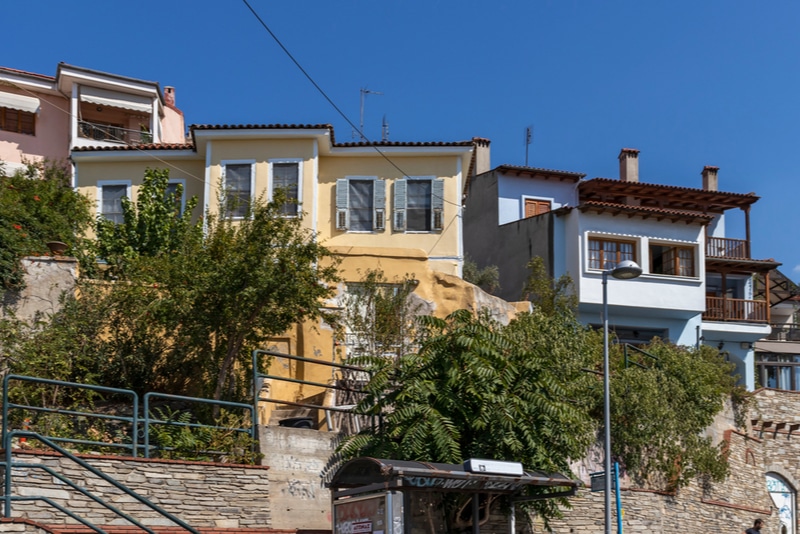 Thessaloniki offers several historic hammams dating to the Ottoman empire when the Ottoman invaders brought their Hamam-culture to Greece. One of the most interesting bathhouses is the Yahudi Hamam, which dates back to the 16th century.

The name stands for “Bath of the Jews” as this area was home to a large Jewish community at that time. Another interesting example is the Bey Hamam, it was constructed in the 15th century and used to be a very spacious and luxurious bathhouse.

Visiting its interior is a real highlight as many of the decorations have been perfectly conserved and continue to amaze in modern times. The Cupola, especially, is very impressive and should not be missed. 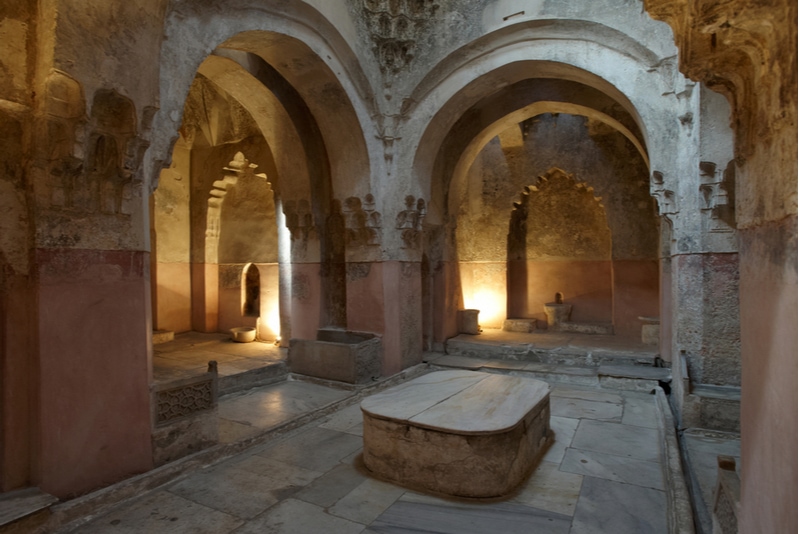 The Museum of Byzantine Culture opened in 1994 aiming at collecting, preserving, and exhibiting objects of the various eras of Thessaloniki’s history including the Christian, Byzantine, and medieval periods.

The facilities offer eleven differently themed rooms that are dedicated to the most interesting aspects of Thessaloniki’s history. The exhibits include many coins, mosaics, wall paintings, sculptures, and books.

The Thessaloniki International Film Festival is an annual event organized by the Greek Ministry of Culture. The event takes place every November and is one of the oldest film festivals in Southeast Europe.

The TIFF is often considered the most significant film event in Greece and features several competitions as well as workshops, concerts, tributes, and exhibitions.

The festival attracts a large number of foreign visitors each year and offers film-lovers plenty of entertainment amidst the beautiful Mediterranean Sea. 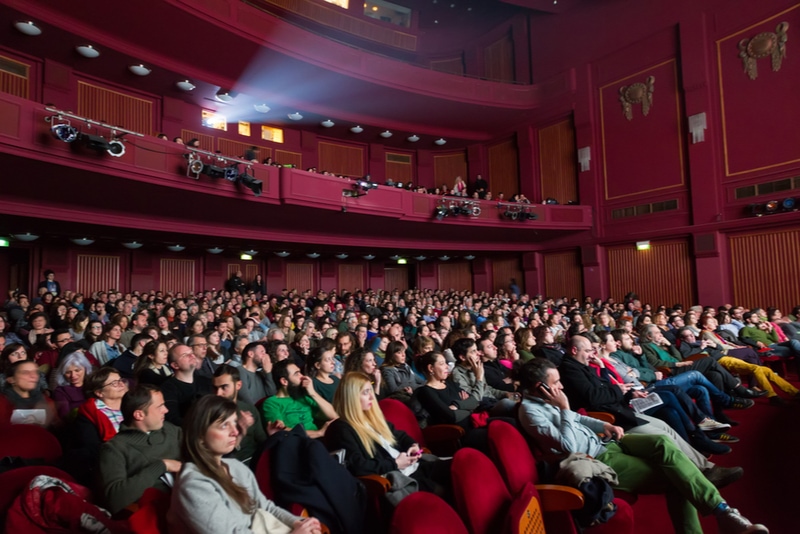 Want more recommendations on things to do in Thessaloniki, Greece? Leave a comment below! 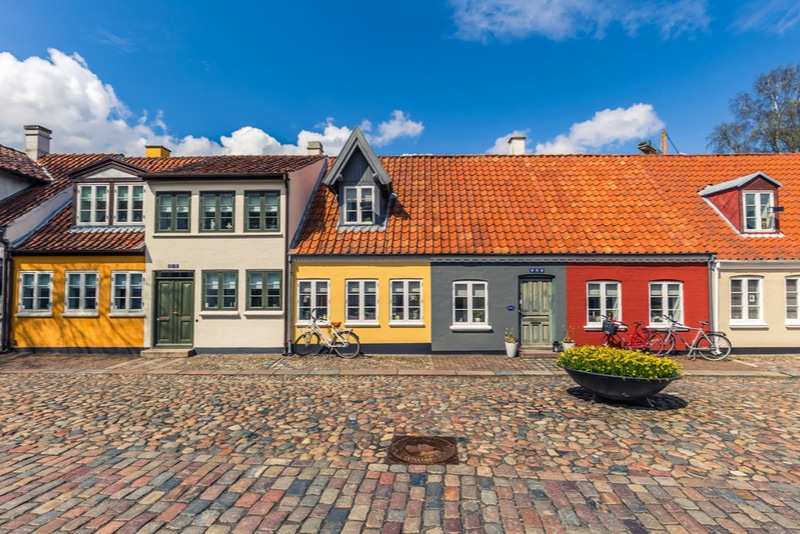 15 Best Things to do in Odense (Denmark)
← Read Last Post 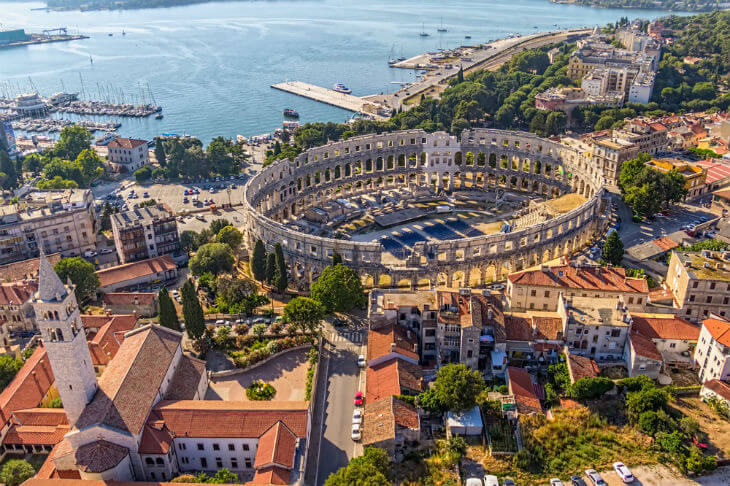