15 Best Things to do in Tel Aviv (Israel) 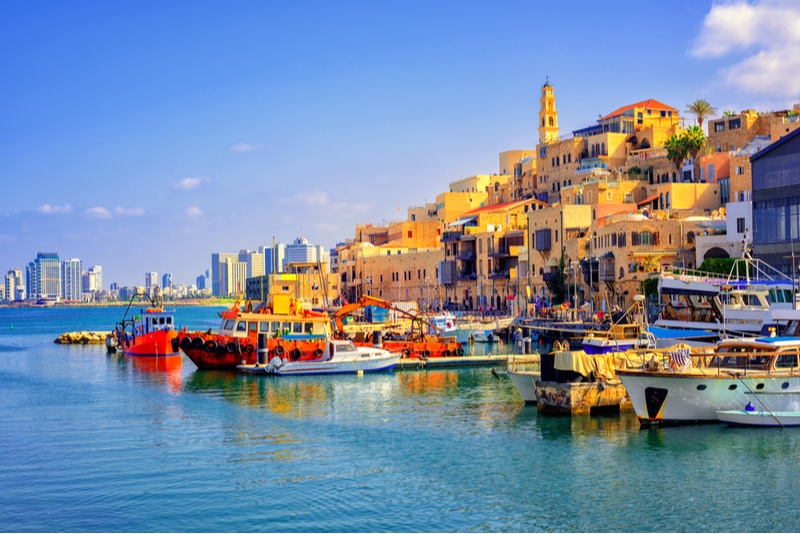 Here’s a list of the 15 best things to do in Tel Aviv in Israel, along with famous landmarks, museums, and other points of interest.

Tel Aviv is located on the Mediterranean coast of Israel and is home to more than 460 000 people. In recent times, it has become famous as “the party capital” of the Middle East due to its vibrant nightlife and liberal atmosphere.

The city of Tel Aviv is a popular tourist destination in Israel, known for its beaches and sunny climate. But it’s also home to historical neighborhoods, such as Jaffa, where you can stroll around streets and buildings dating back to pre-modern times.

In this article, I’m sharing some of the best places to visit in Tel Aviv as well as attractions and activities that shouldn’t be missed while visiting.

Neve Tzedek is located in southwestern Tel Aviv. It is the first Jewish neighborhood outside the old port city of Jaffa. The neighborhood has become increasingly popular since the 1980s.

Today it attracts a lot of visitors thanks to its traditional atmosphere and a large number of trendy fashion shops and restaurants. Many interesting Bauhaus buildings can be discovered here as well when walking through the Neve Tzedek area. 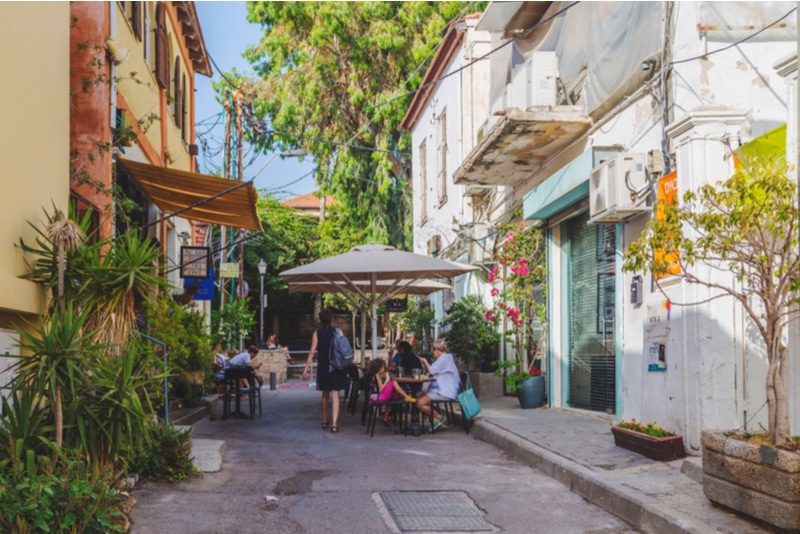 In 1932, Israel’s first museum was founded, the Tel Aviv Museum of Art. Since then it has been one of the most important institutions and is dedicated to the preservation and the display of modern and contemporary art.

The museum’s exhibitions are very modern and dynamic and combine design, architecture, music, and film. Along with the many Israeli exhibits, there is a number of international art to be found here. 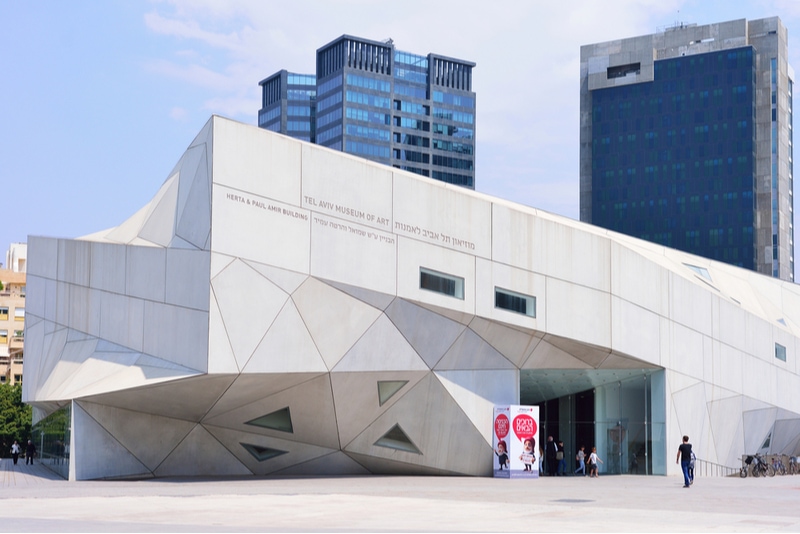 Many of Israel’s best chefs have opened a business at the Sarona Market, serving up an interesting combination of local produce as well as imported delicacies.

Visitors will find over 40 restaurants and dozens of excellent food stalls here. Some international culinary chains such as Fauchon Paris have also opened a branch at the Sarona. A true paradise for Foodies. 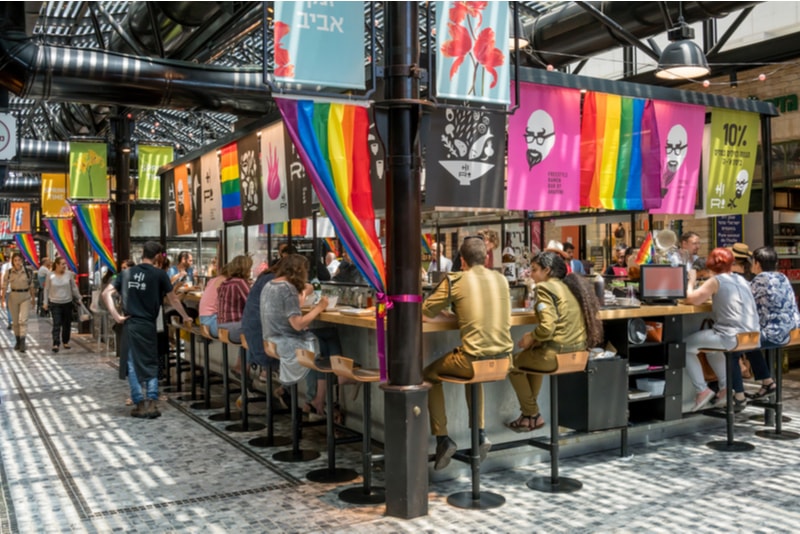 Jaffa is an ancient port city and the oldest part of Tel-Aviv. Many biblical stories take place here and walking through the well-preserved streets of Jaffa today is like a journey back into biblical times.

Many cultural and historical sights can be found in Jaffa, such as the Jaffa museum, the Jaffa Theatre, and the St. Peters Church. The area is very picturesque and unsurprisingly one of the most popular tourist hotspots of Israel. 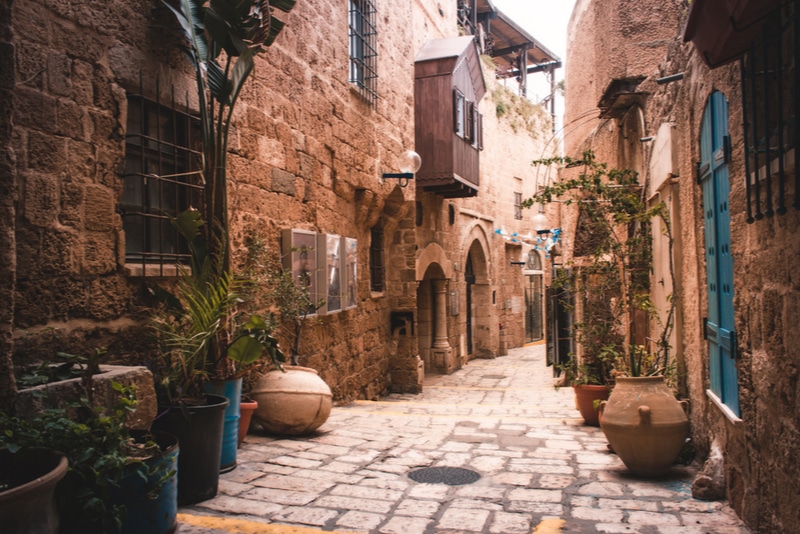 The Tel Aviv port is not an active port anymore, instead, the area was transformed into an area of entertainment and commerce. Many locals gather here to socialize or visit the shops and restaurants that can be found here.

Independence Park in the south of the port area is a great place to relax on a bench below a tree and people-watch. The area is also lively at night, offering many bars that can turn a late night out into an early morning. 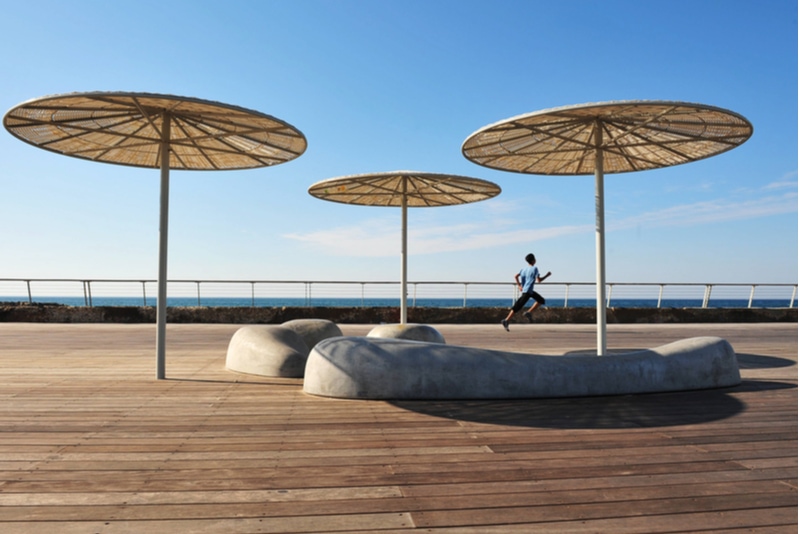 Frishman Beach is the most popular beach in Tel Aviv and is located between Jaffa and the marina. The beach is immensely popular amongst residents and tourists alike.

Some surfers use the waves of the beach, others play beach volleyball or just relax in the sand. The Frishman beach is also lively in the evenings, live music is often played in the southern area of the beach.

Furthermore, it’s also a great place for a romantic dinner, where you can combine great Israeli food in one of the beach promenade restaurants while enjoying the sunset over the Mediterranean Sea. 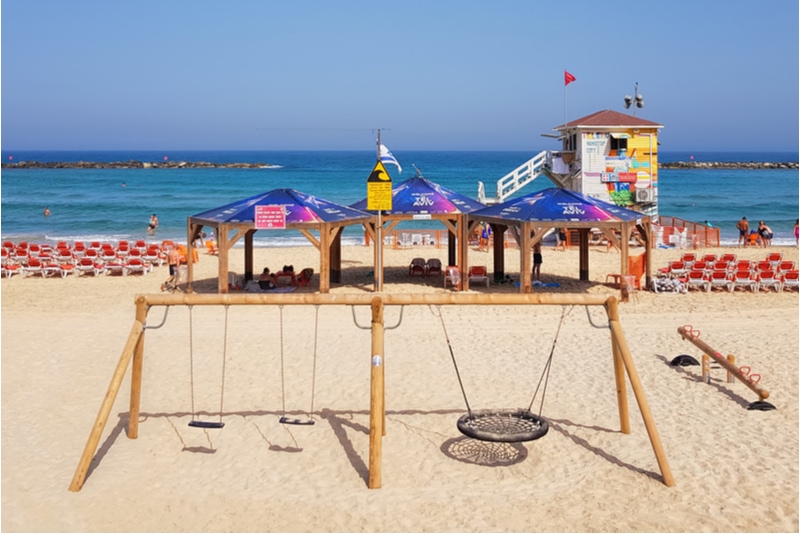 The Yitzhak Rabin Center is a library and research center that was built to honor Yitzhak Rabin, the former prime minister of Israel that was assassinated. The center is located on a hill offering panoramic views of the Hayarkon Park and Tel Aviv.

The building was inaugurated in 2005 and is home to an exhibition that educates the visitor about the history of Israel’s democracy and society. It was designed by Moshe Safdie, who is a well-renowned Israeli architect. 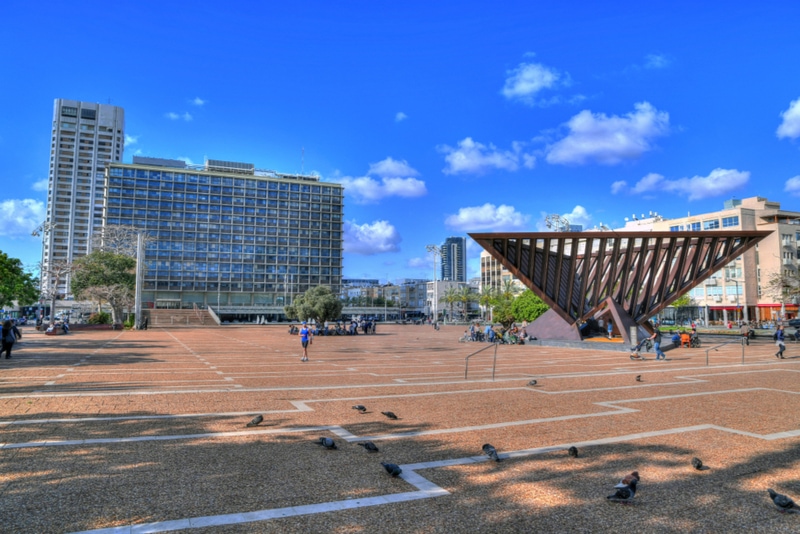 Bauhaus architecture is one of the defining features of Tel Aviv. No other city in the world has a bigger density of Bauhaus buildings than the city of Tel Aviv.

For visitors who are particularly interested in this style of architecture, the Bauhaus Center Tel Aviv organizes tours around the city, highlighting the most prominent buildings.

The experienced tour guides also educate their guests with a wealth of information about the history of the city and its architecture. The White City, a collection of over 4,000 buildings, is also very much influenced by the Bauhaus style and shouldn’t be missed. 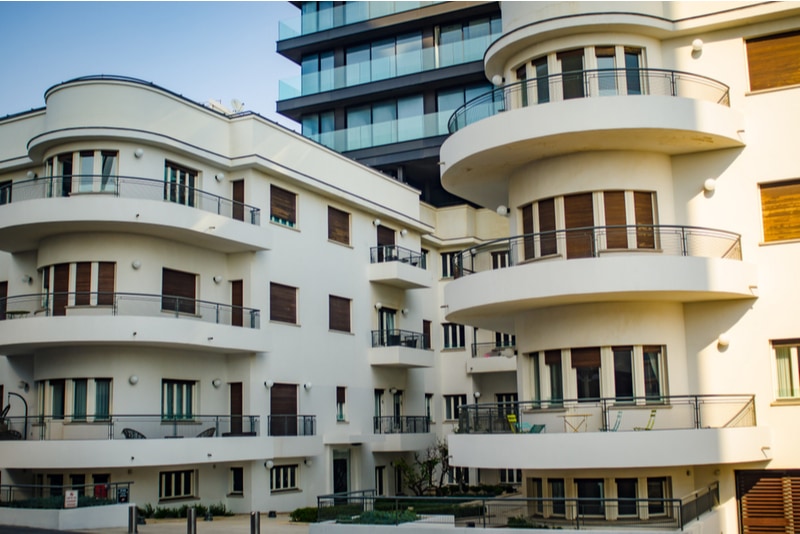 The famous Hayyim Nahman Bialik was at home in the building that now houses the museum. The Bialik House is dedicated to the great Hebrew national poet and educates about his life and works. One of the biggest draws of the museum is its unique architecture.

It was built in 1925 by the architects’ Joseph Minor and Alexander Baerwald as well as a group of architects who were aiming to develop a unique Hebrew style of architecture that is influenced by Western elements and Oriental style. 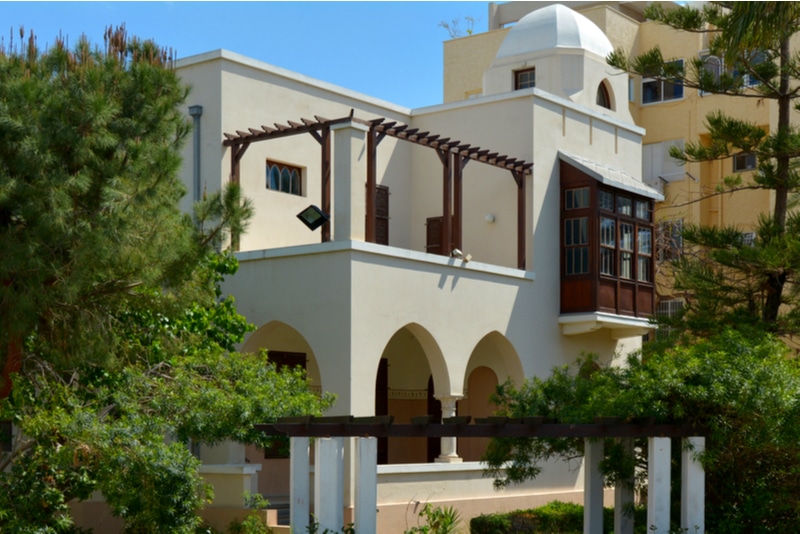 The Yemenite Quarter is one of the most charming neighborhoods in Tel Aviv. It is the most traditional area of the town and has resisted the modern developments that have transformed most parts of Tel Aviv into a modern metropolis.

The quarter is often called the Yemenite Vineyard and is characterized by its numerous narrow streets and the many authentic eateries that serve great food in a casual atmosphere.

If you are searching for Israeli food served in an unpretentious, simple place that focuses on food instead of luxury you are in the right spot. A walk through the maze-like streets is one of the highlights of Tel Aviv.

It is also known as the Museum of the Jewish People, and it’s one of the largest museums in the world that are dedicated to Judaism and Jewish history.

The museum offers many programs that teach Jews about their roots, traditions, and faith. Visitors can experience a unique combination of art, history, and religious culture in this museum. 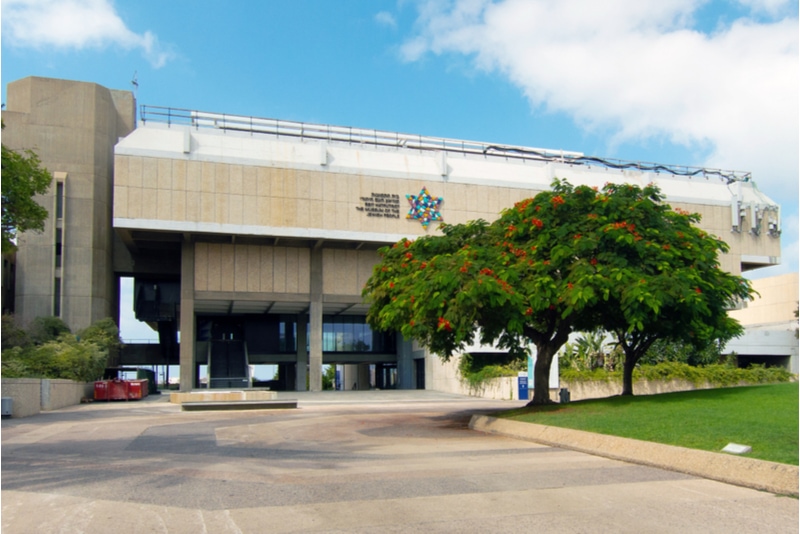 The Church of Saint George is one of the most important religious centers in the region for Christianity. It is dedicated to the Christian martyr Saint George. The church was built over a 12th century Crusader structure in 1870.

An interesting aspect of the Church of Saint George is that it shares space with the El-Khidr Mosque. Don’t miss the crypt of the church containing the sarcophagus of St George. 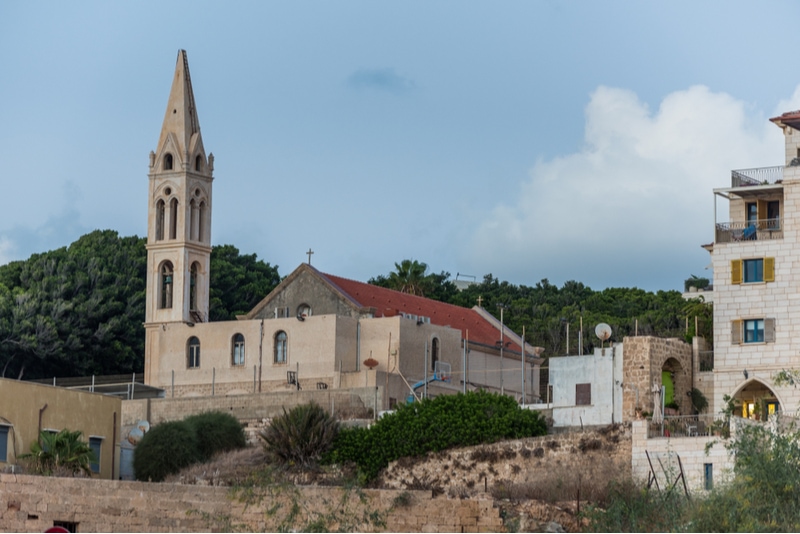 One of the most stunning museums of the city is the Eretz Israel Museum. The museum attracts visitors with an array of archaeological artifacts and educates about history and culture.

The different exhibits are separated in individual pavilions and are spread across the grounds of the museum. Eretz Israel Museum is equipped with a wealth of modern technology, such as interactive displays.

There are also dedicated areas for children, making it an interesting place for kids as well. 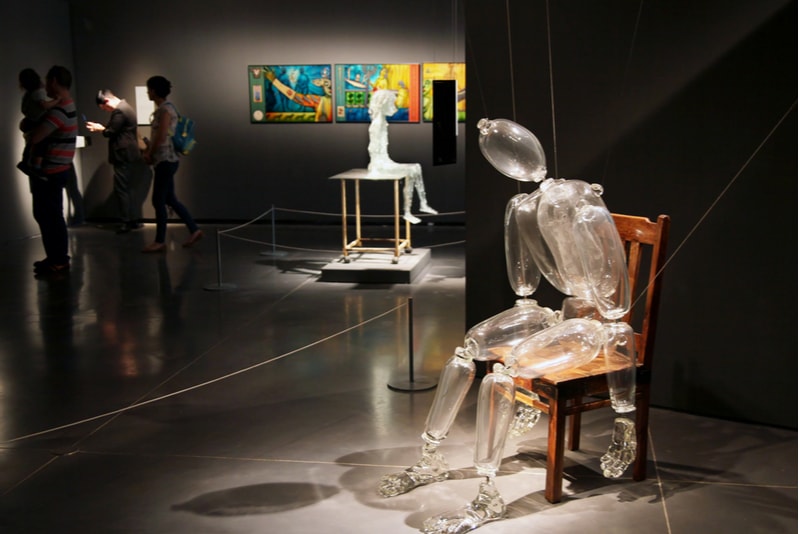 Israel offers a versatile cuisine that is often overlooked. If you are a food lover and want to discover some of the secrets of Israeli food, you can join a guided tour. Delicious Israel is a provider of such tours and focuses on different aspects of the local cuisine.

The company not only offers tours around the most important food markets but also has its own cooking studio. A great place to learn some of the local tricks that make Israeli food so good.

The Nahalat Binyamin is a market street located in the center of Tel Aviv. Twice a week the street turns into an open-air market offering a wide array of Israeli handicrafts, art, and souvenirs.

More than 200 artists use the Nahalat Binyamin every week to showcase their works. And that is exactly what makes the market so special, there are no middlemen. Shoppers get in contact with the artists and can feel the passion and love that is put into the art. 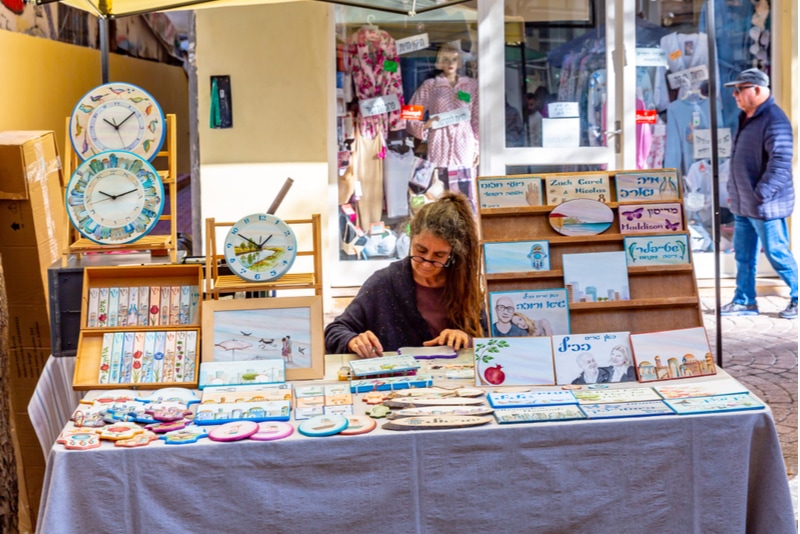 Want more recommendations on things to do in Tel Aviv, Israel? Leave a comment below! 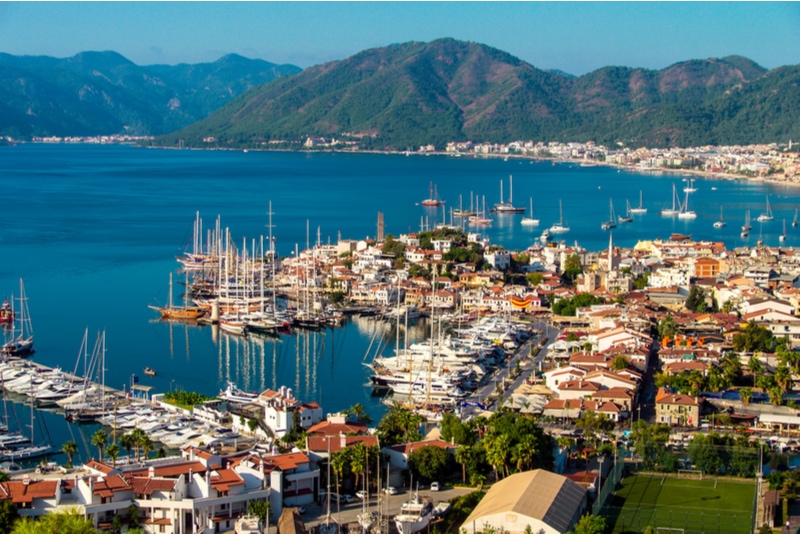 15 Best Things to do in Marmaris (Turkey)
← Read Last Post 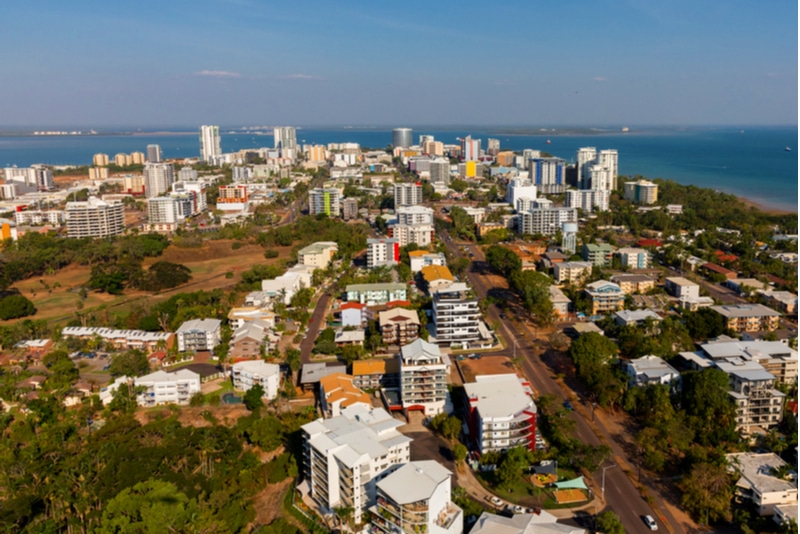