15 Best Things to do in Oviedo (Spain) 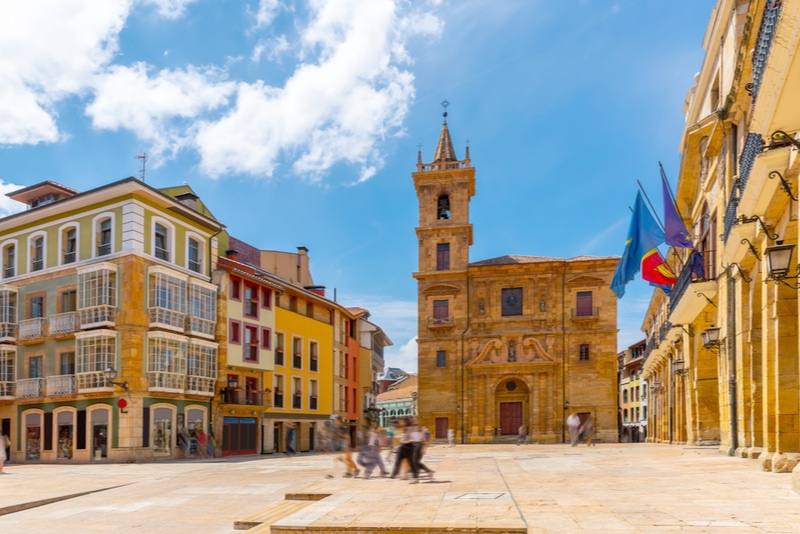 Here’s a list of the 15 best things to do in Oviedo (Spain), along with famous landmarks, museums, and other points of interest.

This Gothic cathedral in the center of Oviedo has long served as a pilgrimage point for the Catholic faithful. It even served as the beginning of the Camino de Santiago hundreds of years back.

Although the church was founded in 781 AD, the present building dates back to 1388 and its tower 1528. The cathedral’s architecture seems to reach upwards to the sky, which is an expression of man’s reaching for God.

The cathedral holds an all-important relic: the Holy Shroud of Oviedo. Believed to be the cloth wrapped around Jesus’s head after he died, it was brought from Palestine in 614 and ended up in Asturias in 742. 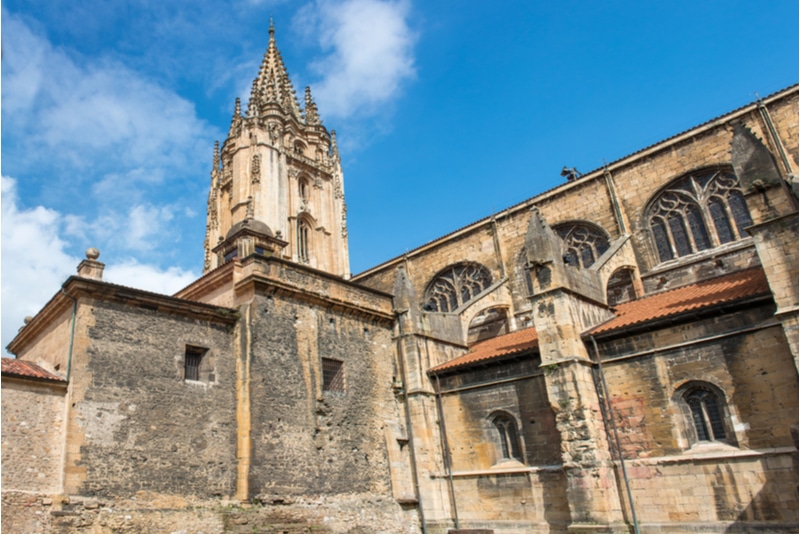 Try some local cider at a ‘sidrería’

Asturian cider is one of Spain’s gastronomic treasures. The region produces over 80% of the cider produced in Spain, which amounts to about 50 million liters.

The local cider is made from the juice of one of 22 different types of apples, although 500 varieties are cultivated in Asturias. Head to one of the local sidrerías to try the cider, which is an experience on another level.

Trabanco is one of the most famous and offers tours of its production facility as well as a meal with cider in its restaurant Casa Trabanco. There are plenty of cider houses, though, and all feature similar menus of Spanish omelets, cheese, cod, chorizo, and other typical Spanish food. 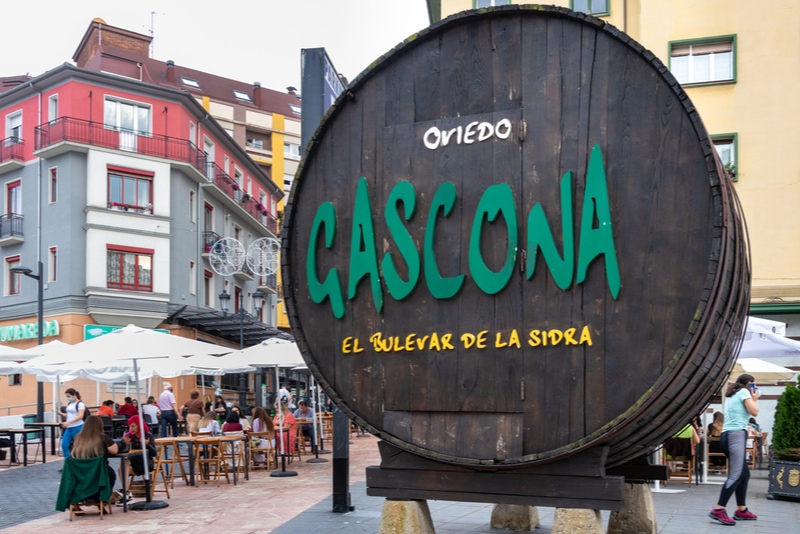 It is a week that includes loads of concerts, popular events, and parties. The tradition on the 21st is to gather with your family and friends and eat bollo “preñao” and drink cider in the park. The party supposedly dates back to 1438 and has its origins in a papal pardon that happened around these dates.

The building of Santa Maria del Naranco dates back to the pre-Romanesque period and is one of Europe’s finest examples of this style of architecture. It is a beautiful raised sandstone building whose first floor is a sealed crypt and the second floor an altar exposed to the air and accessed by outdoor stairs.

Just two miles outside of Oviedo, it is thought that this was built as a recreational palace, part of a larger complex commissioned by Ramiro I of Asturias.

It was converted into a church to St. Mary in the 1100s and has remained a place of Christian faith since then. The Greek cross sculpted on its walls appears to be the first example of it being used as a symbol of the Asturian monarchy. 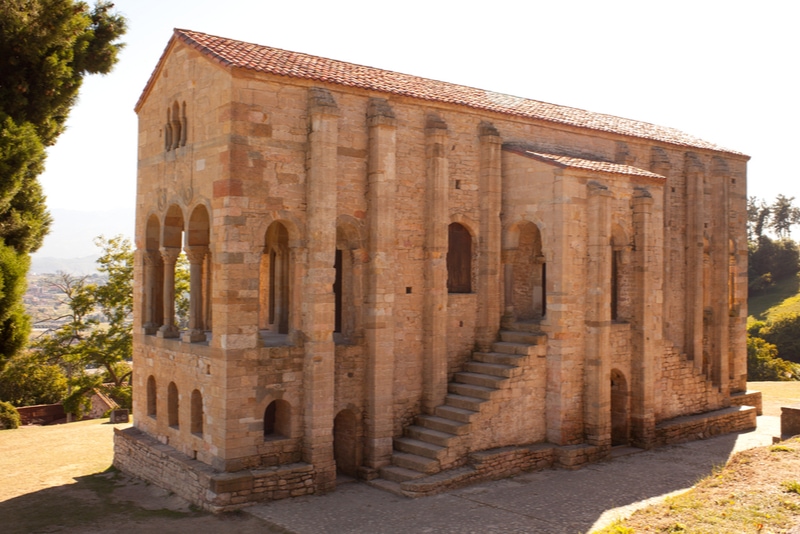 The Fine Art Museum of Asturias is located in the Historic Quarter of Oviedo, in the Palacio Velarde building. Dating back to 1765, the building features more than 4,500 square meters of exhibition space.

That huge space is still, nonetheless, filled with pieces from a collection of more than 15,000 artworks and artifacts. It includes works from El Greco, Goya, Sorolla, Picasso, Dalí, and Miró, making it one of Spain’s great art museums. 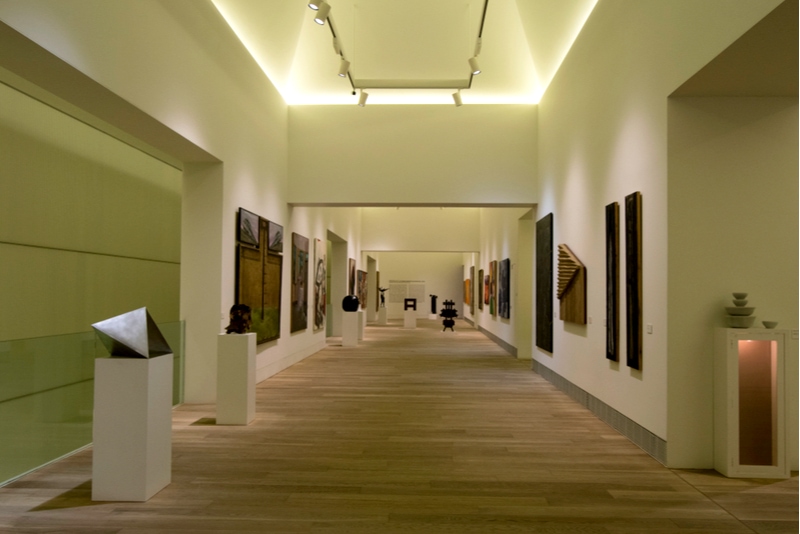 San Francisco Park is Oviedo’s premier green space, an oasis in the heart of the city. Land that once belonged to the San Francisco convent was turned into an urban park of 90,000 square meters.

Imagine tall trees, monuments, and picturesque ruins, and you’ll get a glimpse of what San Francisco Park is like. It’s extremely popular with the locals as a place to walk and relax in, as well as for events and concerts. From children’s parks to animals like peacocks, there is something for everyone in the lovely San Francisco park. 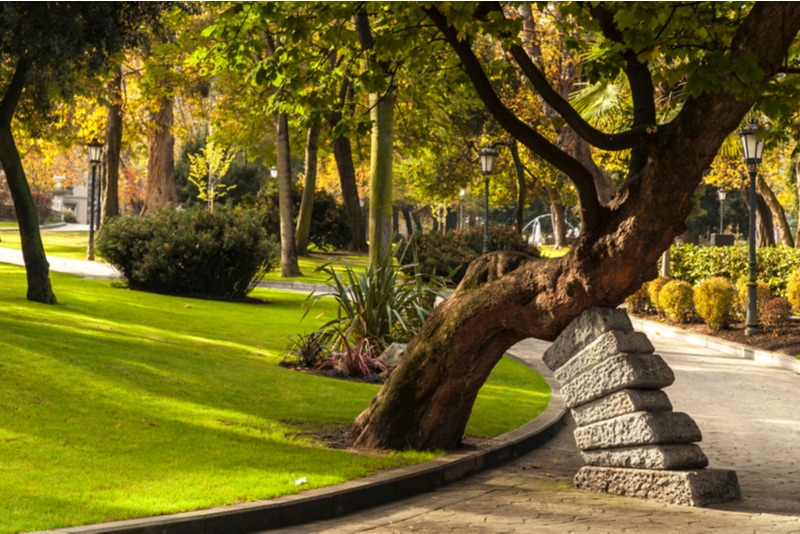 This Catholic church in Oviedo was completed in 842 and consecrated in 848, and its minuscule 12×10 meter dimensions aren’t enough to do justice to its Pre-Romanesque beauty.

From its perch on the Naranco mountain, it serves as one of Asturias’s UNESCO World Heritage Sites and is dedicated to the worship of Saint Michael.

The gorgeous structure’s highlights include the lattice on the southern window, which was sculpted from a single stone. The current site’s building dates from 1838, as the other two parts were destroyed a millennia ago. 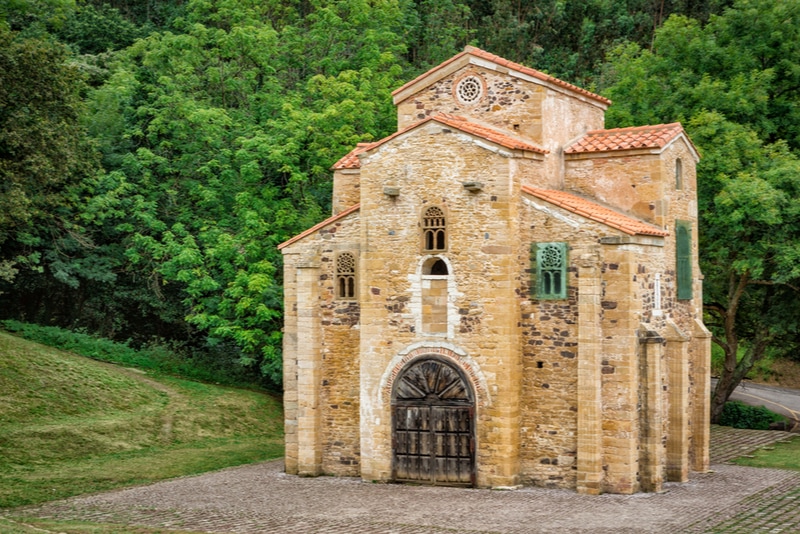 Calle Uria is the main shopping street of Oviedo. With its wide lanes and tree-lined access to Campo de San Francisco park, it is fabulous to just stroll down.

Apart from shopping and places to eat and drink, Calle Uria also features lovely architecture from the 1800s. Many visitors flock to the statue of American director Woody Allen, who won the Prince of Asturias prize after filming Vicky Cristina Barcelona there.

The Archaeological Museum of Asturias is a wealth of ancient artifacts discovered throughout the region, which has been traversed since prehistoric times.

Housed in the former Monastery of San Vicente, a building that dates back to the 1500s, the museum boasts collections from the Neolithic, Bronze age, Roman period, and more.

Follow along to see the settling of Asturias, from the neanderthal to the Romans, who came in and built roads between urban and rural centers, to the Middle Ages formation of the Kingdom of Asturias.

One of the most famous exports of Asturias is nothing more (and nothing less) than a stew. Fabada asturiana is so well known that it is sold in cans across Spain, premade, and somehow still quite delicious.

The stew is made of white beans, chorizo, blood sausage, and pieces of bacon, stewed for hours with paprika, garlic, and olive oil.  It is traditional to eat during winter and has been for the last 200 years.

One of the best places to eat it is Gloria Casa de Comidas, a restaurant by Asturias’s most famous chef, Nacho Manzano. This casual outpost of the Michelin-star chef is where he cooks his mother’s recipes.

This beautiful church in Oviedo is most well-known for being the wedding site for the dictator Francisco Franco. Established in 1912, the church was actually built on the site of a former church, which dated all the way back to 862.

This Romanesque Revival building looks out on the Plaza de Fernando Rubio and houses what is chronologically the second parish in the city. Locals call it the Cathedral del Ensanche because of its magical, grandiose air, its two ornate towers, and its beautiful stone columns. 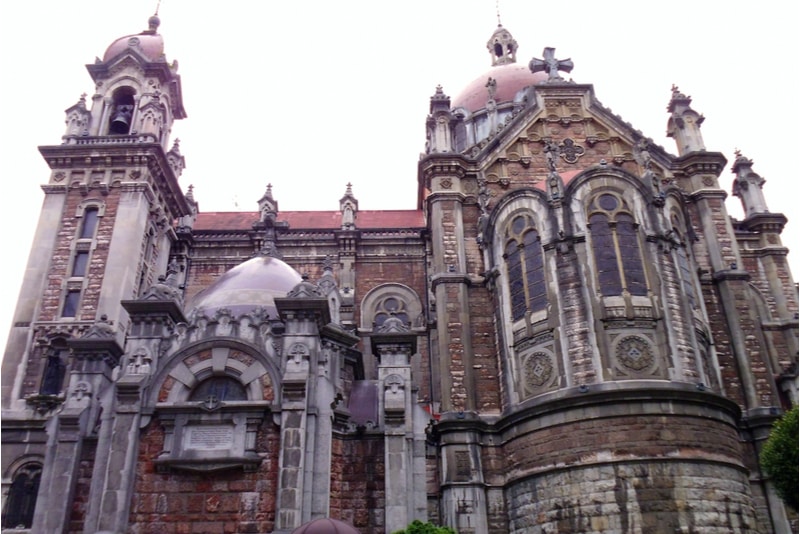 The Carlos Tartiere Stadium is the home field of Real Oviedo, which opened in 2000. The first game between Real Oviedo and Las Palmas resulted in a tie.

The stadium’s capacity is 30,500, making it the 17th-largest stadium in Spain and the largest in Asturias. The stadium is a gray, concrete structure, open to the air, which in Asturias is often chilly. Watching a football game in the stadium gives you a chance to feel the passion that Oviedo has for its home team. 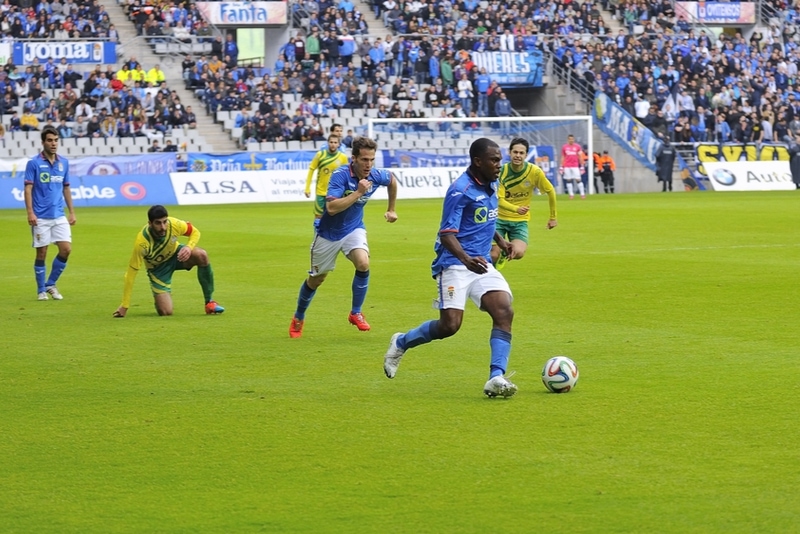 Oviedo’s Campoamor theatre is where the important Prince of Asturias awards are given, which are considered the Nobel prize of Spain. The Neoclassical building was inaugurated in 1892, and its marble halls and walls radiate sophistication.

It’s a wonderful place to catch ballet, opera, or any of the other cultural events that are available during your visit. 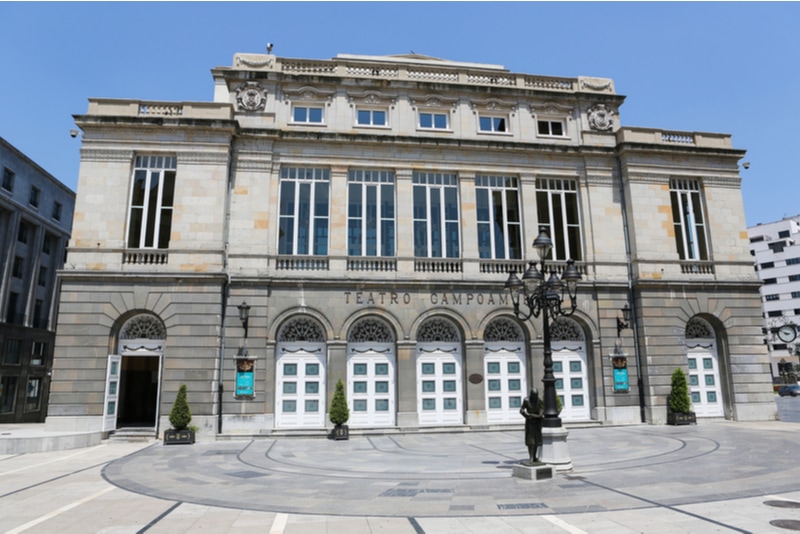 This square is one of Oviedo’s most beautiful, with its compact size and lovely arches. In the center of Oviedo’s historical center, the plaza itself is home to many cafes, restaurants, and shops.

Dating back to the 12th century, the plaza was the site of trade between rural peasants and city people. The El Fontán open-air market is still held there today, on Thursdays, Saturdays, and Sundays.

There is also a covered market that is open daily, where vendors sell meat, cheese and fish, and other food items. 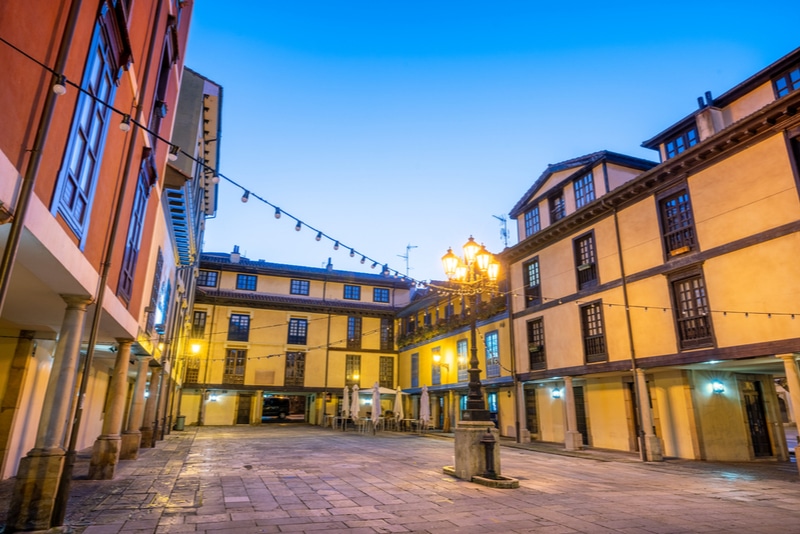 The fountain of Foncalada is an important example of Pre-Romanesque civil monuments. Dating back to the 800s, it was built for public use, which makes it different from the monasteries and churches also built in that time period.

The rectangular body has a stone vaulted and arched area, with moldings in the way of decoration. The whole structure protects and serves the drinkable water that springs up from the ground.

It bears an inscription that reads “With this sign the pious are protected, with this sign you shall defeat the enemy”. 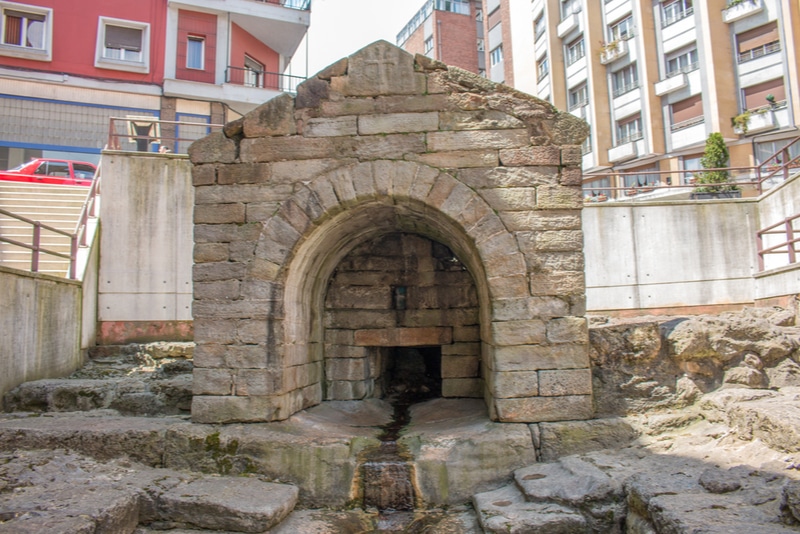 Want more recommendations on things to do in Oviedo, Spain? Leave a comment below! 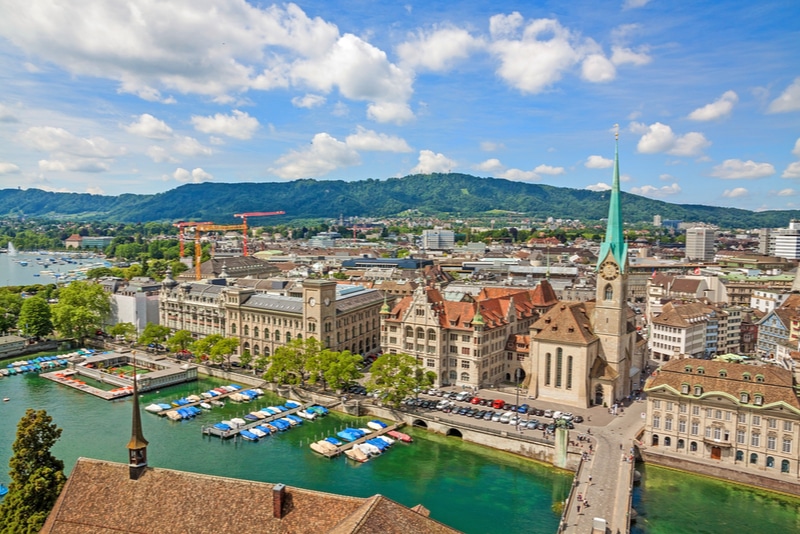 15 Best Things to do in Zürich (Switzerland)
← Read Last Post 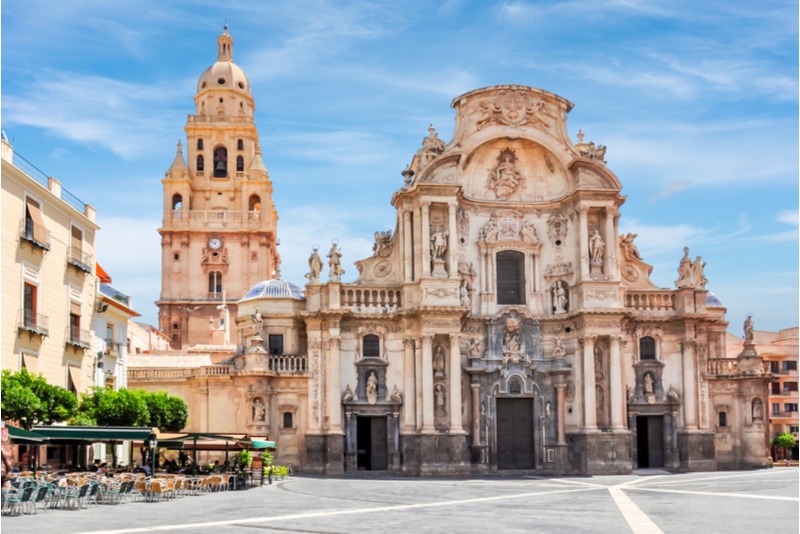