15 best things to do in Nantes (France) 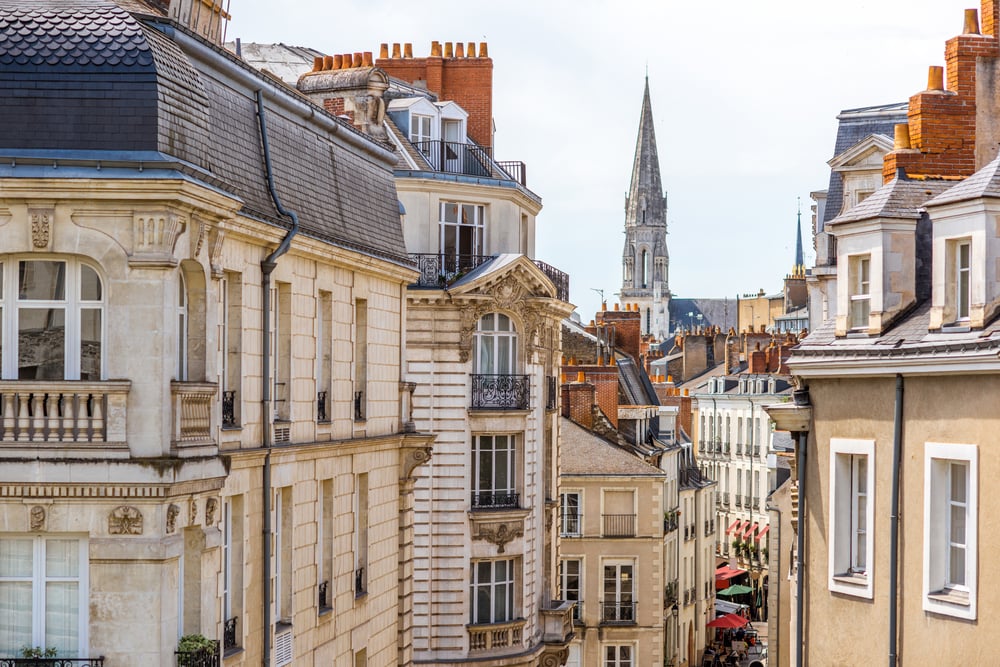 Here’s a list of the 15 best things to do in Nantes (France), along with famous landmarks, museums, and other points of interest.

Château des ducs de Bretagne has been the landmark of Nantes since its construction in 1207. It served as the historical center of the former Brittanya and is located right on the Loire and is a magnificent structure characterized by its thick walls and a large moat.

The Chateau is the home of Nante’s history museum focusing on the different eras between the 17th century and today. The museum puts a special emphasis on the commercial significance of the city as an industrial port.

One of the most unique attractions of Nantes is the Les Machines de L’ile, an artistic project that has developed into a major touristic attraction due to its interesting creations.

The Great Elephant is one of the most impressive attractions, a mechanized elephant that takes visitors on a 45-minute tour around the area. Another highlight is the Marine Worlds Carousel, a 25 m high carousel that features underwater creatures.

There is also a public workshop area to be found here, visitors get to take a look at ongoing projects and get an idea of how these artworks are made. The Les Machines de L’ile is situated in the former shipyards of the city and intends to improve the city’s image. 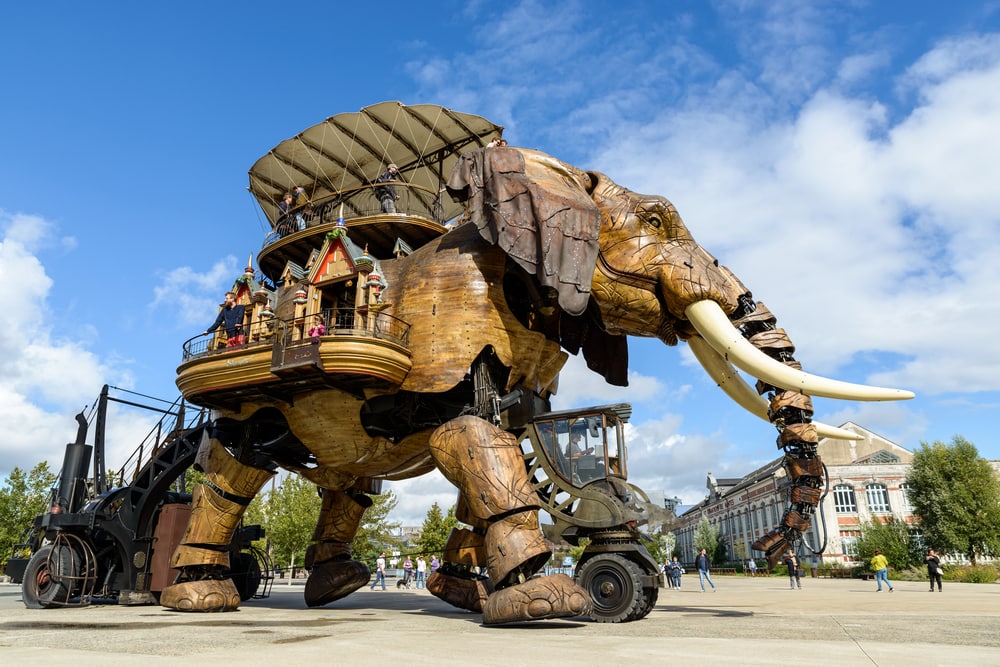 Jardin des Plantes de Nantes offers 73,280m² of greenery that can be accessed free of charge. It was established in 1688 as a small medicinal plant collection and has since then grown into a world-class botanical garden containing around 11,000 species of plants.

There is also a beautiful network of ponds, bridges, waterways, and an artificial mountain to be found here.  Many pavilions and benches along the beautifully kept paths certainly invite to relaxation and peaceful moments.

The Jardin des Plantes in Nantes also offers a greenhouse that contains a collection of exotic plants from Africa and Asia. Keep in mind that unlike the rest of the gardens the greenhouse is not free of charge. Passage Pommeraye is one of the most scenic shopping malls in the area and was featured in many movies such as Lola (directed by Jacques Demy). The elaborate Renaissance style is a real highlight and gives the passage its distinct 19th-century atmosphere.

Thanks to the renovation and conservation efforts of the authorities the building is almost perfectly restored. There are many interesting shops to be found here as well, most of them are relatively upscale and cater to the residents of the surrounding neighborhoods. 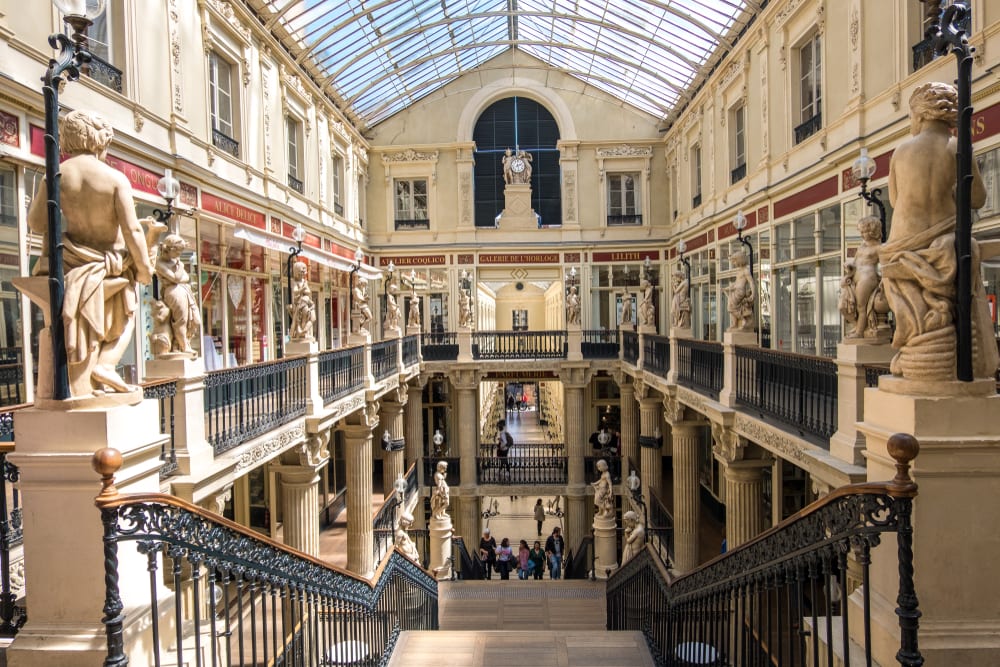 Cathedrale de Saint-Pierre et Saint-Paul is an interesting mix of the different religious architecture from the 13th to the 17th centuries. Especially the Gothic and Romanesque elements are apparent today.

The church is one of the biggest in France and one of the main landmarks of Nantes. The nave of the double towers reaches an impressive 37.5 m, which makes it higher than the Notre Dame in Paris.

The insides of the cathedral are highlighted by the Tomb of Francois II. and the crypts dating to the 19th century. There is also a permanent exhibition found here that shows the history of this religious site. 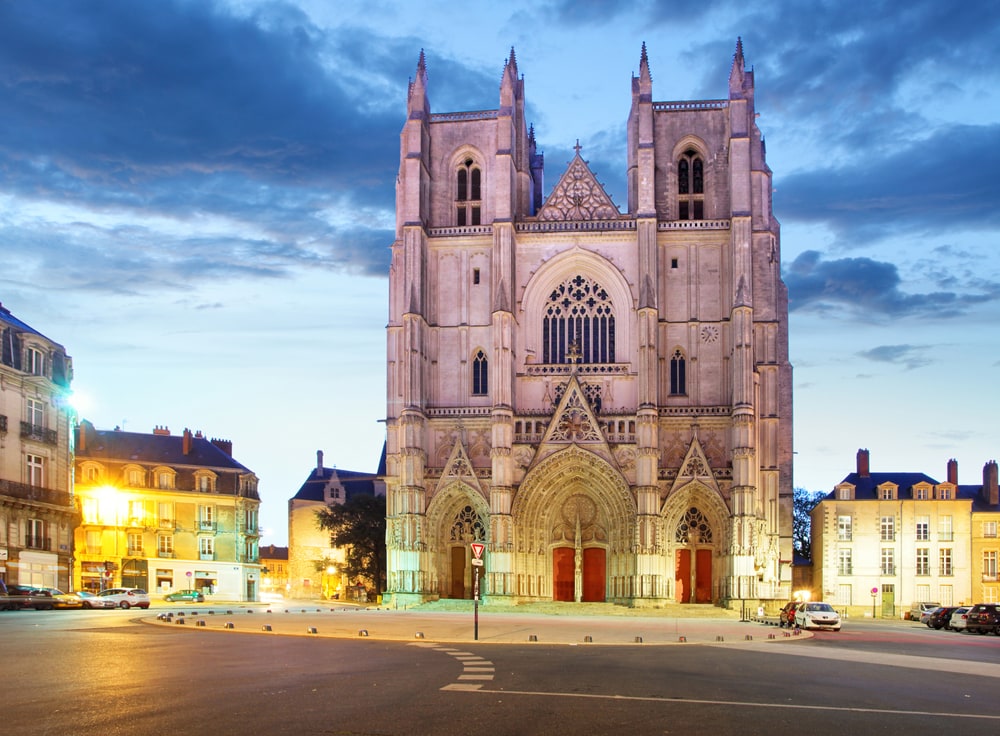 The Jardin Ile de Versailles is located right in the middle of Nantes in the Erdre River. The gardens on this island are a true oasis and offer tranquility, fresh air, and relaxation.

Ideal not just for stressed residents but also for visitors who are tired after a day of sightseeing. Exploring the gardens on the beautiful boardwalks and bridges is very relaxing and lets you forget about being right in the middle of a major city.

Despite the serenity of the Jardin Ile de Versailles, it is easy to get here as many bridges connect the island to the mainland.

Village de Trentemoult offers a maze of colorful streets and is the perfect place for an extended walk. Many narrow streets have hardly changed for the last centuries and ooze the old fishing village flair that many other French towns have long lost.

The atmosphere here is very friendly and many inviting cafes are waiting to be explored. The shipyard and its surroundings are also interesting and offer art exhibitions.

It is easy to get here, all you must do is take one of the frequent boats across the Loire that connect Nantes to Trentemoult. 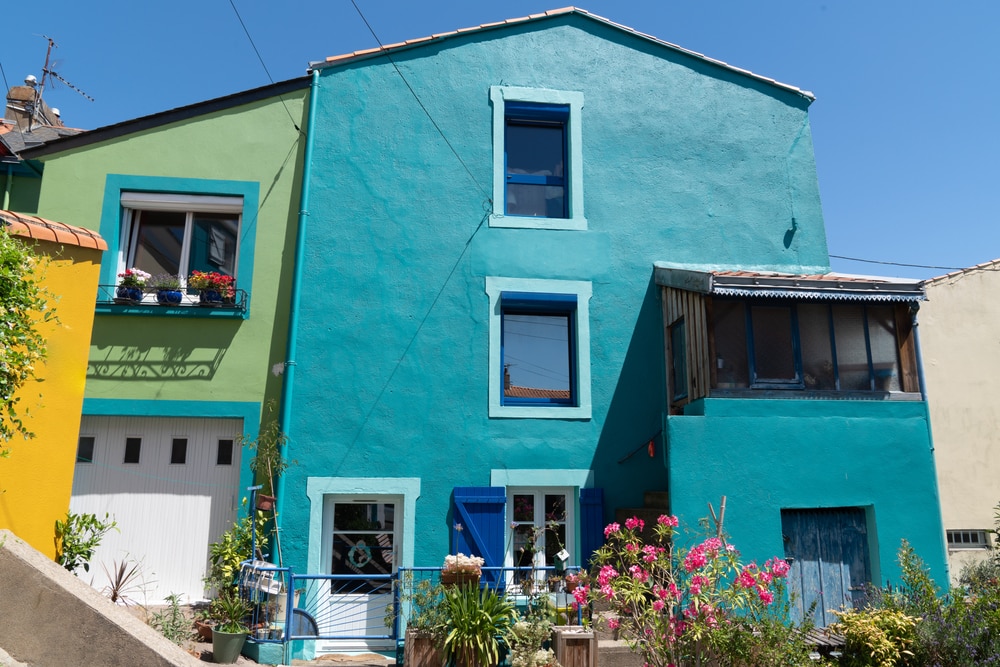 The Art Museum of Nantes is one of the city’s top destinations for art-lovers as it is one of the largest in the entire region and impresses with a great collection of works ranging from the 13th century to the modern-day.

The total number of exhibits has reached more than 12,000 and offer many famous examples like works from Pablo Picasso, Max Ernst and many more. Apart from its artistic value the museum also offers plenty of history as the building it is housed in dates to 1893 and is partially registered as a historical monument. It was recently renovated and now awes its visitors with its original beauty.

Musee d’histoire naturelle de Nantes is one of the oldest museums of the city and was opened in 1810 with a speech of the famous François-René Dubuisson, a collector of historic artifacts aiming to educate the young generations about science.

Today the permanent exhibition of the museum consists of five sections: the Zoology Gallery, the Earth, and Universe Science Gallery, the Vivarium, the wooden staircase, and a section dedicated to the works of Alain Thomas.

The collections are very extensive and cover a wide range of topics, making the Musee d’histoire naturelle de Nantes a great place to spend an afternoon. 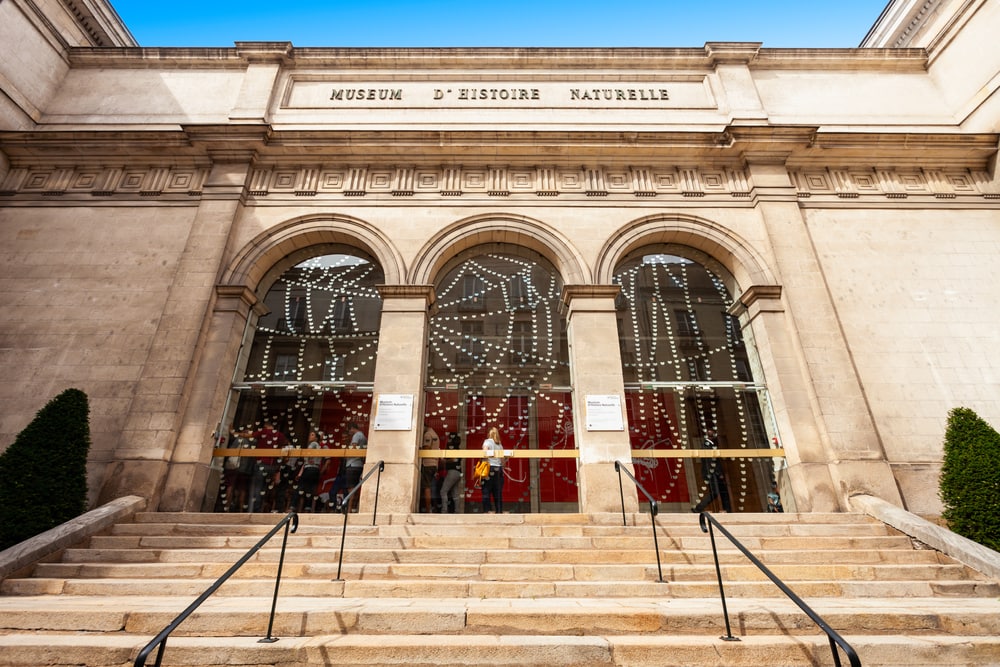 Bouffay is the most historic district of Nantes and was formed during the arrival of the Namnetians. Many of the historic streets of the neighborhood have seen little changes over the centuries, many of the half-timbered houses remain and the alleys and streets are still as narrow as they have always been.

There are also plenty of famous historic buildings found here such as the House of the Apothecaries and the Hospital of the Jacobins. Bouffay is a pedestrian area home to many restaurants, shops, and bars. Each night the area turns into a hotspot for the city’s night owls and party-lovers. 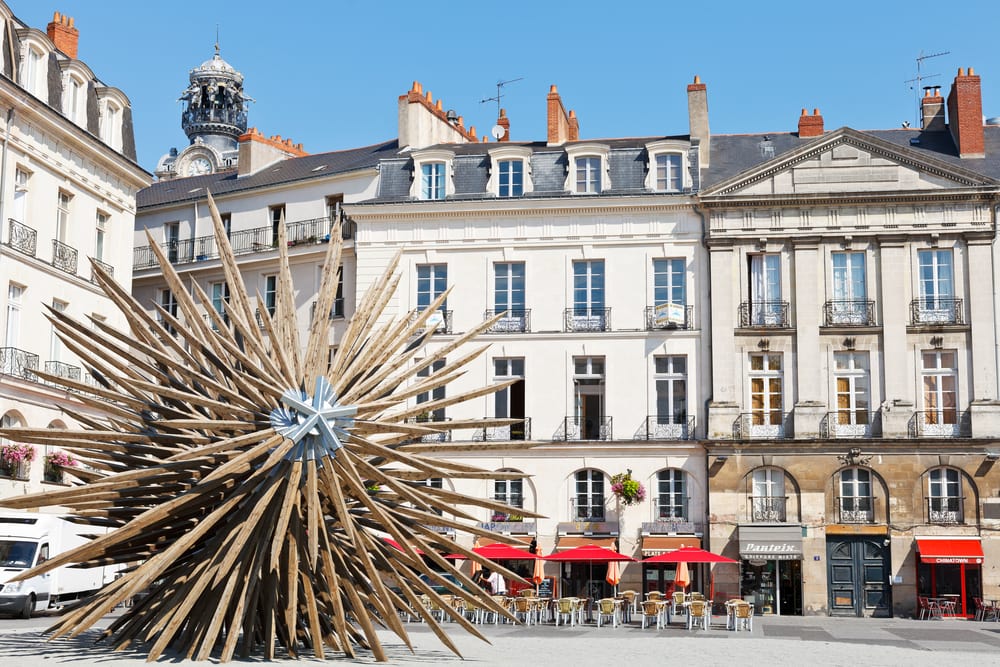 Graslin is one of the industrial and financial centers of Nantes while at the same time retaining much of its 18th and 19th century architecture. This area is semi-pedestrian and offers plenty of terrace tables, boutiques, and heritage monuments.

Visitors should not miss the Place Du Commerce, a square that is often considered the heart of Nantes due to its commercial significance and proximity to the main transport hubs of Nantes.

The Place Graslin with its magnificent theater and the luxurious shopping street Rue Crébillon are also interesting and worth a visit. 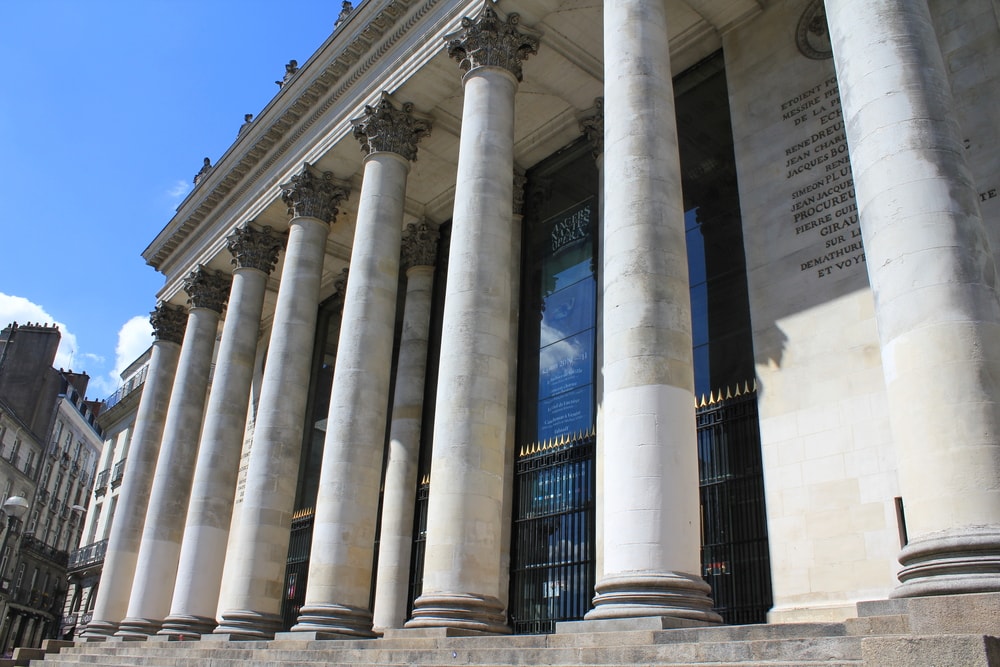 In the famous Bouffay district, one can find this beautiful old church of the Holy Cross built in the 17th century in a classical style featuring antique columns. In the following years, many reconstruction works were carried out adding a neo-gothic choir and a new façade.

The highlight of the interior is the impressive organ built in 1853. The high altar is made with white marble and impresses with its gilded mahogany wood. 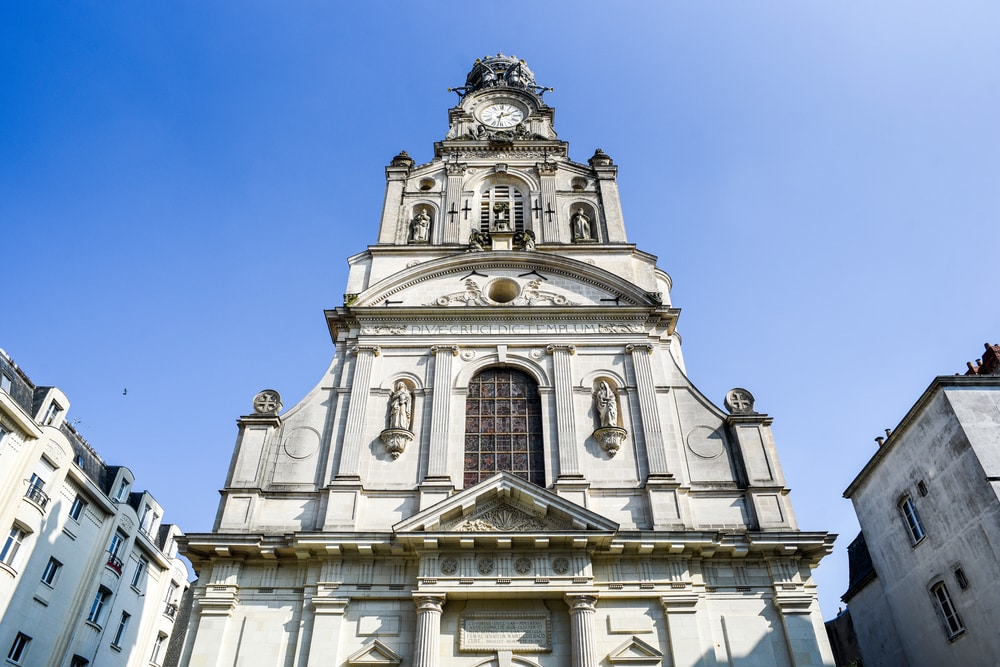 Musée Dobrée is located in an old mansion in the Graslin neighborhood. The mansion initially belonged to an old Huguenot family and is dedicated to Thomas Dobrée, who gifted this museum to the city

He spent 64 years of his life collecting the artworks on display here today. During this time, he managed to amass an unbelievable 10,000 works of art. The collections are particularly rich in books, miniature paintings, and manuscripts. 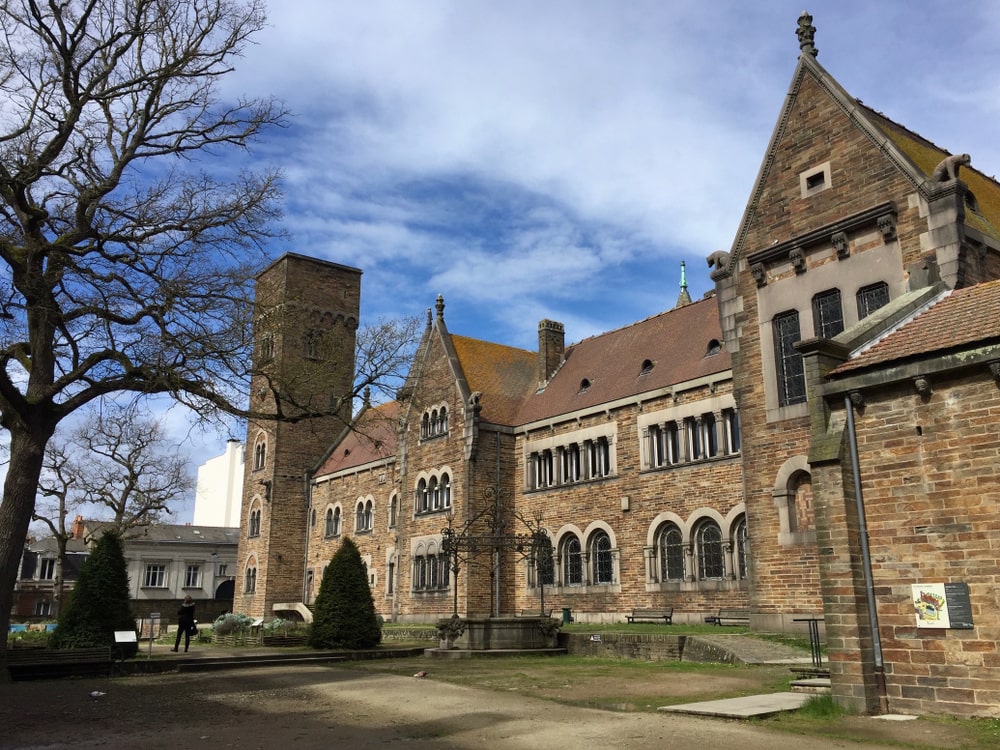 The Château de Goulaine is a former castle that has been turned into a château. It is located in the Loire Valley around 16 km away from Nantes’ city center.

For more than one thousand years the building has served as a home to the family of the Marquis de Goulaine. Today the estate produces a well-known wine and welcomes visitors to enjoy its beautiful gardens and well-preserved Renaissance mansion.

The 12-hectare Parc de Proce was established in 1866 and is a typical example of a well-maintained English garden. It was designed by the brilliant landscape designer Dominique Noisette and consists of the greenery of La Chézine and the slope of the Sillon de Bretagne.

The oasis is a romantic getaway from the hustle and bustle of Nantes’ city streets and serves as a perfect spot for relaxed walks and a few relaxing minutes. 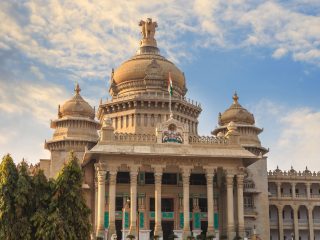 15 Best Things to do in Bangalore (India)
← Read Last Post