15 Best Things to do in Cologne (Germany) 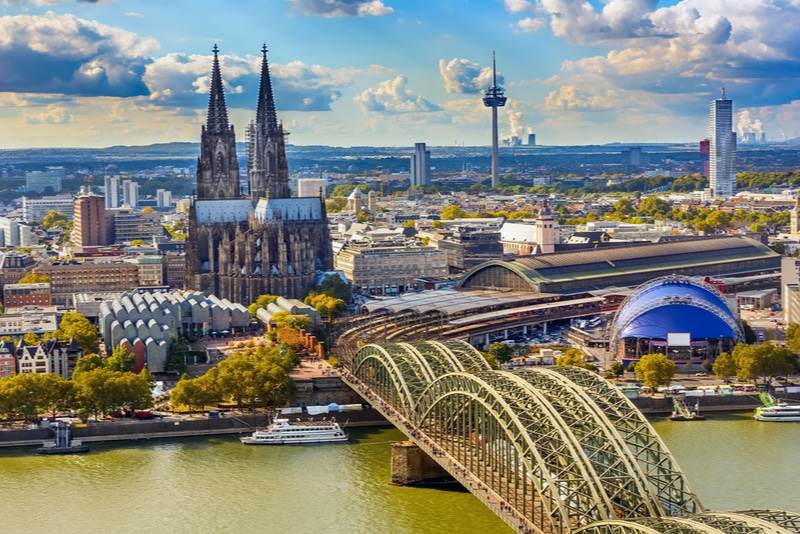 Here’s a list of the 15 best things to do in Cologne (Germany) along with famous landmarks, museums, and other points of interest.

Cologne, also known as Köln is one of the largest cities in Germany, located in North Rhine-Westphalia. It’s a historic city, dating back to Roman times, as it was founded back in 38 BC. Still today, these Roman remains can be found throughout the city.

It’s a lively city as well, and in this article, I’m sharing some of the best things to do in Cologne as well as famous monuments and landmarks.

Groß Saint Martin is one of the most prominent buildings in Cologne, and it was built already in the 12th century. The very foundation of the church dates back to Roman times, which was discovered during its reconstruction after WWII.

It took more than 30 years to complete the restoration, which was completed in the 1980s. While the exterior is definitely one of the main points of interest, the interior is impressive as well with beautiful decorations and details. 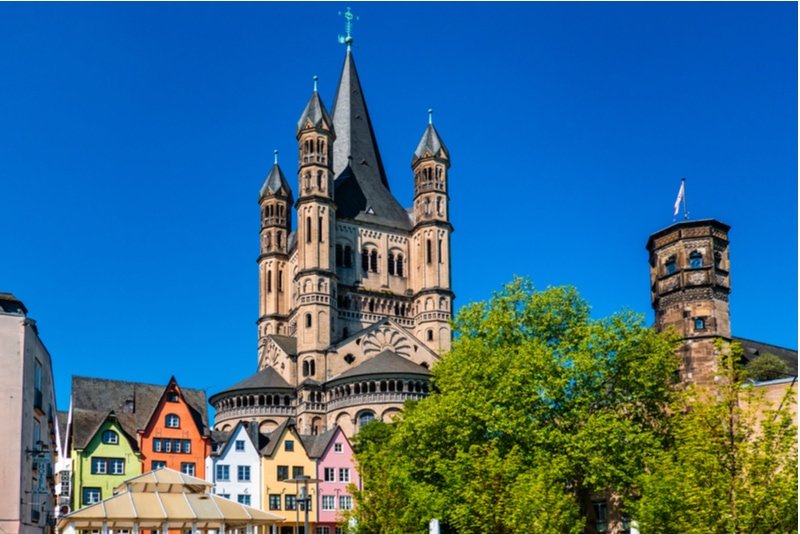 Originally constructed in 1248, the Cologne Cathedral is one of the most famous buildings in Europe. It has been listed as a UNESCO World Heritage Site and is characterized by its iconic towers from the 19th century.

In addition to being one of the largest cathedrals in Europe, it’s also one of the most famous attractions in Germany. Visitors shouldn’t miss taking a closer look at the treasures and relics on display, such as the Shrine of the Three Kings, from the 12th century. 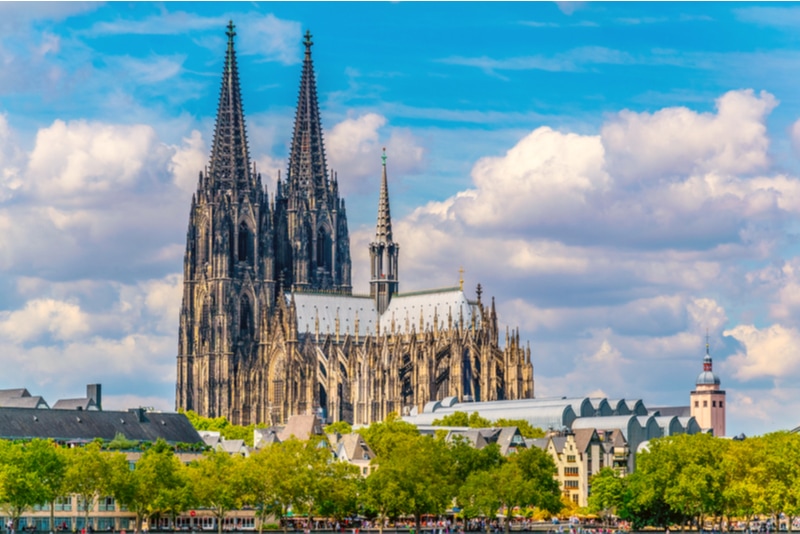 Shrine of the Three Kings

Inside the Cologne Cathedral, one can get a closer look at the famous Shrine of the Three Kings, which is said to hold relics of the Magi, who attended Jesus when he was an infant.

The shrine itself is made in gold with extraordinary decorations. When it was opened in 1864, it contained the bones of Philip I who was Archbishop of Cologne. 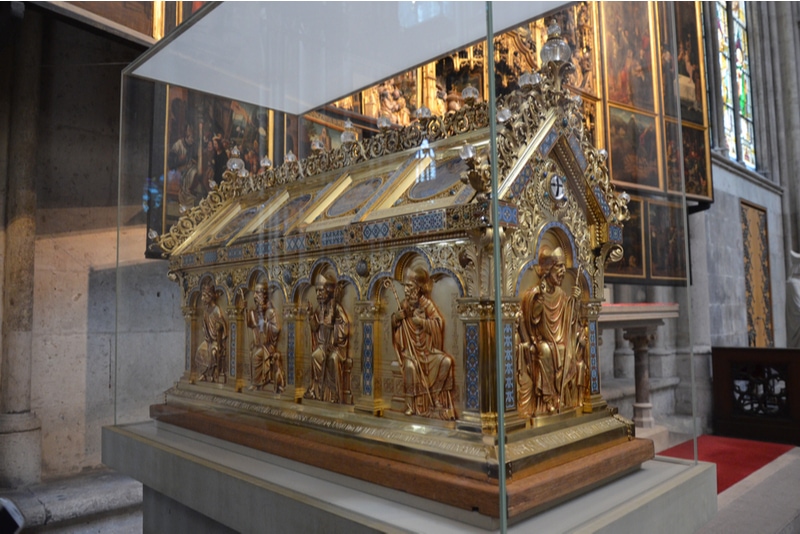 4711 is a classic scent from Germany, invented in the 18th century. The oldest Eau de Cologne was made by Wilhelm Muelhens in 1792 after he received an “aqua mirabilis” as a wedding gift.

The name 4711 stems from the French occupation of the city in 1794 when a French Original decided to number all the houses. The house of Muelhen was numbered as 4711, which later on became part of the scent’s name. 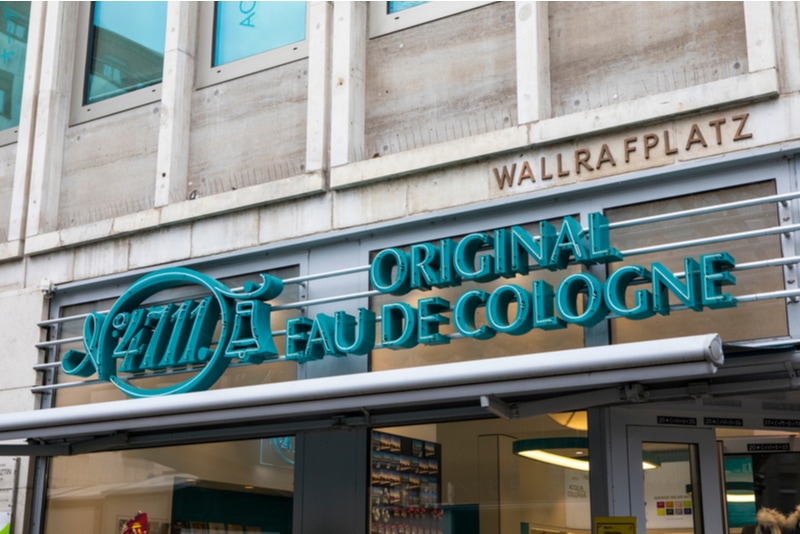 The Fragrance Museum invites visitors to join a guided tour to learn more about perfume and how it’s made today. The tour takes around 45 minutes to complete and is the only way to visit the oldest perfume factory in the world, which is still intact. 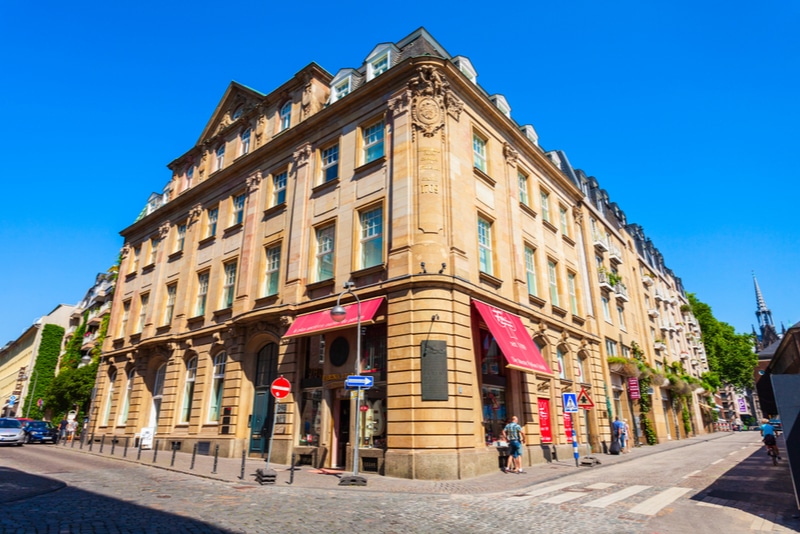 An unusual church in Romanesque style, dedicated to Saint Gereon. The Basilica that you see today was built in the 12th century, on a site where a previous church was built, dating back to the 7th century.

The architecture is striking and features a ten-sided structure, shaped like a dome from Roman times. The unusually long choir as well as mosaics and murals from medieval times are some of the other points of interest.

It’s definitely one of the best places to visit in Cologne if you’re interested in history, architecture, and religious buildings. 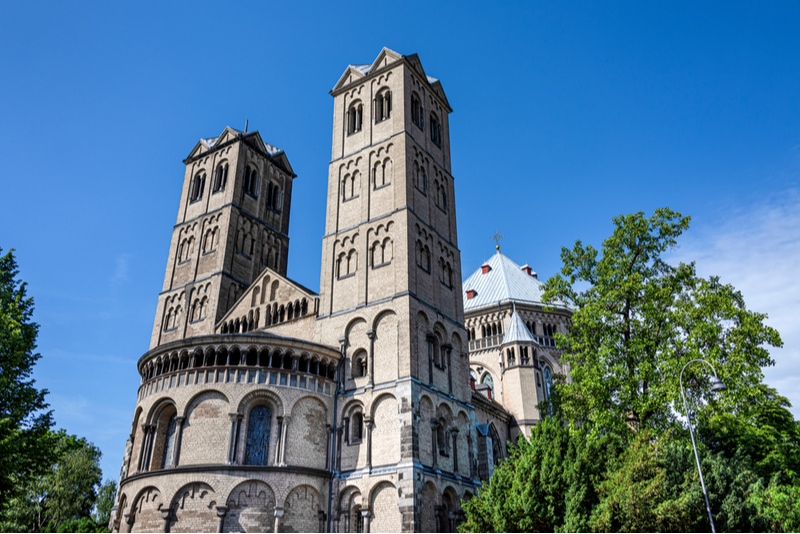 The Botanical Gardens in Cologne is home to more than 10,000 plant varieties, spread out on an area of 11,5 hectares. It was established in the 1860s and got its inspiration from Crystal Palace in London.

In the gardens, you can visit a historic building named The Flora, where you can watch concerts and flower shows. The greenhouses and the Palm House allows visitors to stroll around in tropical environments all-year-round. 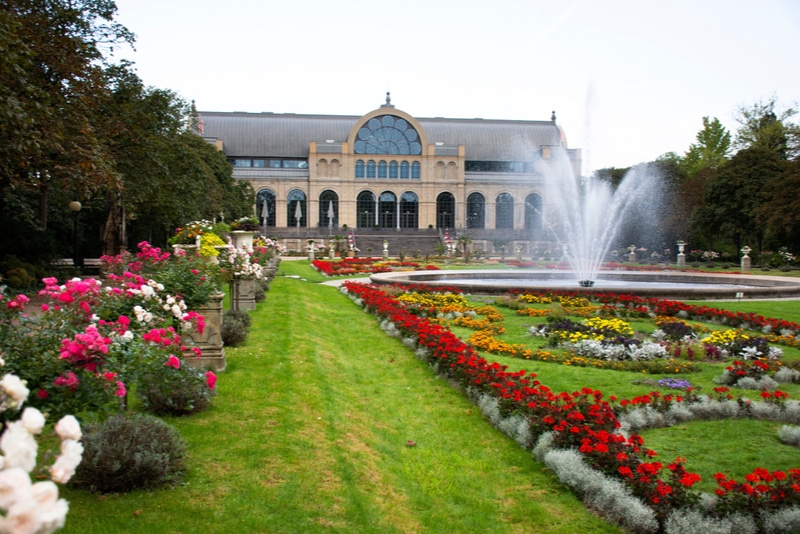 The Ludwig Museum came to life in the 1970s when Peter and Irene Ludwig donated a 20th-century art collection, worth millions of dollars. It’s located near the Cologne cathedral and has several pieces of Russian Avant-Garde and Picassos on display.

Moreover, there are also some examples of Pop Art, by famous artists such as Roy Lichtenstein and Andy Warhol. 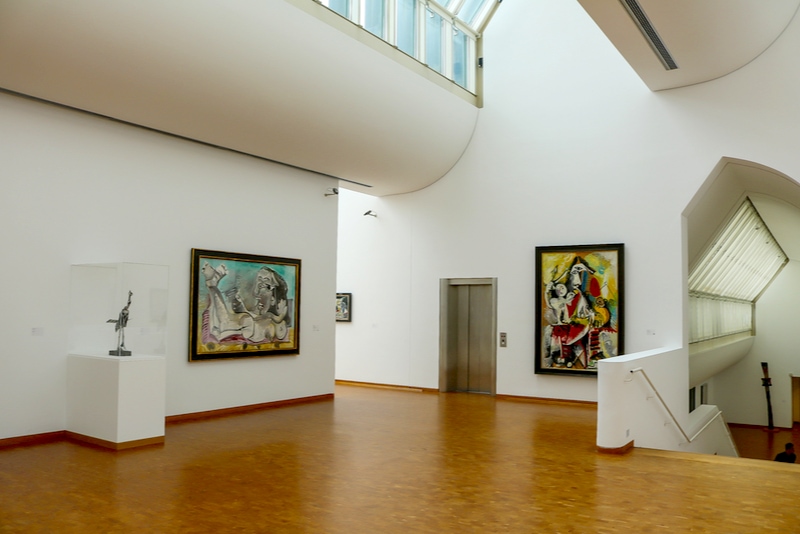 The tiered-arch bridge between the cathedral and KölnTriangle dates back to the early 20th century, When it was rebuilt after the war, it was restricted to rail and pedestrian traffic.

In the last decade, the bridge has become another place to be taken over by the “love locks” craze, which you can see plenty of while crossing the bridge.

From the bridge, one can enjoy stunning views of one of Europe’s great rivers as well as the tower of Groß St. Martin Church and the towers of Cologne Cathedral. 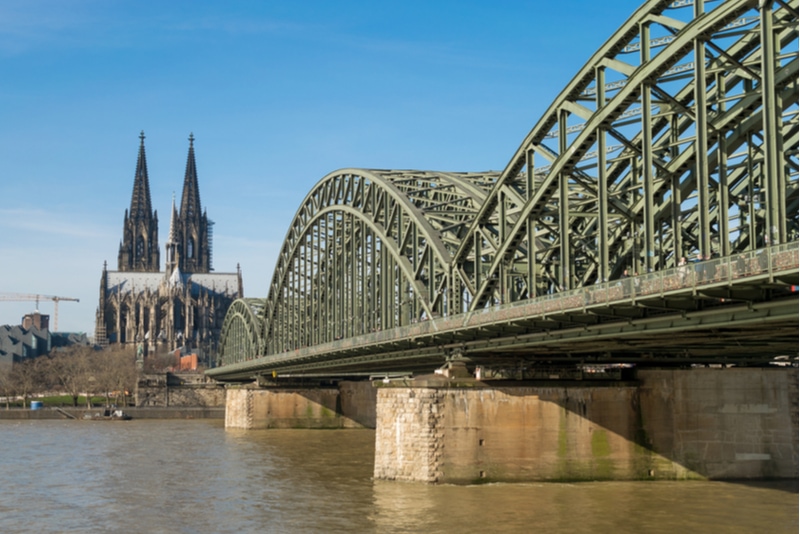 Boat trip along the Rhine

There are numerous boat cruises departing from the jetties near the Hohenzollern Bridge. These boats will take you down the Rhine River and allow you to experience Cologne from another perspective.

The most popular route is south-bound, going past Rodenkirchen, which is an old fishing village before continuing towards the Rheinauhafen district. On your way, the boat will also pass by the cathedral, from where you can view its giant spires from afar.

Another option is to take an evening excursion on the river and experience the city as it starts to light up as the nightfall sweep over the city. I recommend the Rhine River Evening Panorama Cruise. 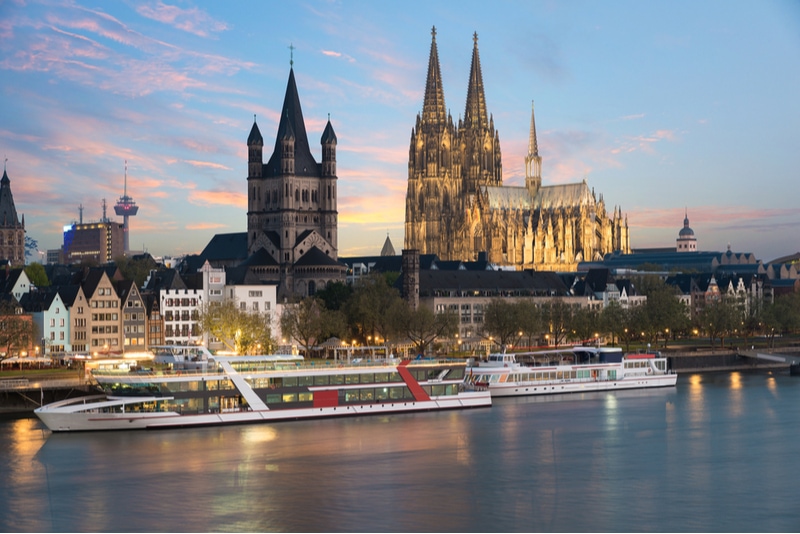 The old town in Cologne is full of beautiful houses with traditional architecture and charming alleys lined with small cafés and boutiques. Strolling through the historic part of the city is definitely one of the best things to do in Cologne.

Along the famous street Am Hof, you can find the legendary fountain called Heinzelmännchenbrunnen. The old town hall is another highlight of the historic district, originally built in the 1500s. It’s characterized by its loggia and cloister with Renaissance-style architecture. 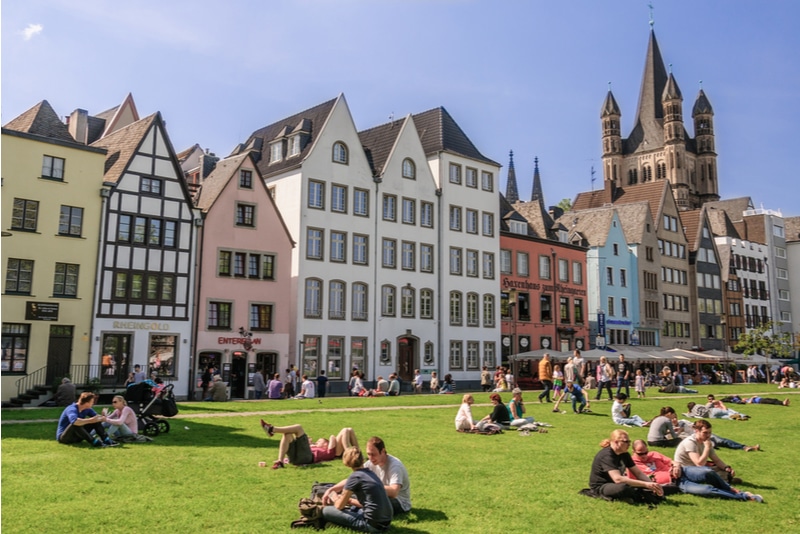 The history of this museum dates back to 1824 after the city inherited an epic collection of Renaissance, Gothic, Baroque, and Impressionist art from Franz Ferdinand Wallraf.

However, it wasn’t opened until 1861. Since then, the art collection has been expanded through donations from time to time. And today, the Wallraf-Richartz Museum is home to many famous art pieces by artists such as Rubens, Rembrandt, Money, Albrecht Dürer, and Van Dyck just to name a few. 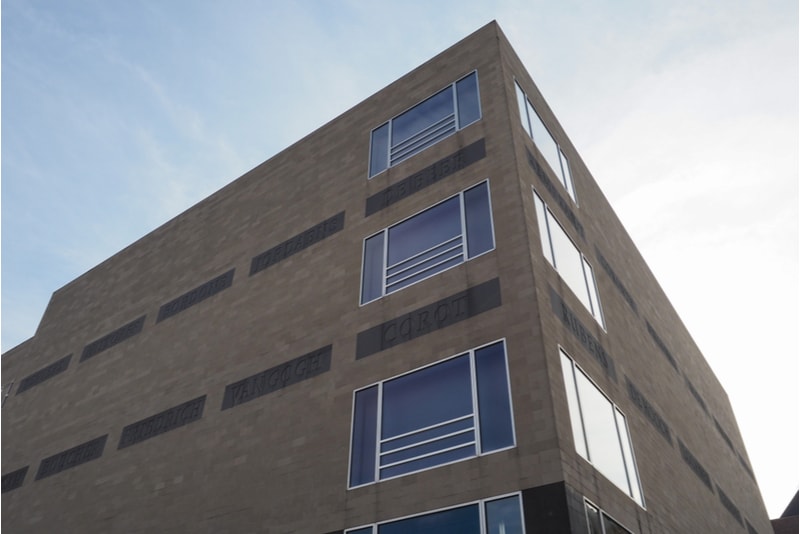 The Romano-Germanic Museum in Cologne features several interesting exhibitions, where you can take a closer look at objects dating back to Roman times and the Middle Ages.

The Dionysus Mosaic is one of the most famous exhibits on display along with a 15-meter tall monument of Poblicius. Furthermore, visitors can also see various types of Roman glass, pottery, sculptures, and other mosaics. 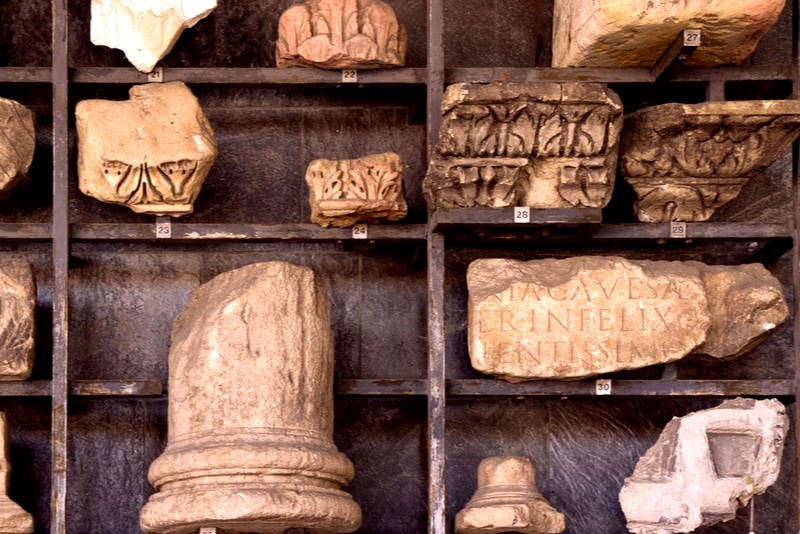 Belgian Quarter, Cologne’s trendiest quarter, is situated between Friesenplatz and Aachener Straße. If you take a closer look at the street names in the Belgian Quarter, you’ll discover that they are all named after places in Belgium, including cities such as Brussels, Ghent, and Antwerpen.

The neighborhood is characterized by a large number of hip cafés and bars as well as galleries and boutiques. There is also a great selection of vintage clothes and venues with live music. Summer evenings are when the area really comes to life as the city’s youth come here to enjoy themselves.

If you enjoy football, you shouldn’t miss watching one of the home games of 1. FC Köln, which is the local football team, currently playing in the German Bundesliga.

The fans are known for creating a magical atmosphere that starts already before the games at local supporter bars. Another special moment is when the fans are singing the team’s anthem “Mer stonn zo dir FC Kölle” in the Ripuarian dialect.

Rhein Energie Stadion was renovated in conjunction with Fifa World Cup 2006, and now holds a maximum capacity of 46,698 attendants. The vibrant atmosphere makes this one of the most memorable things to do in Cologne.

Want more recommendations on things to do in Cologne, Germany? Leave a comment below! 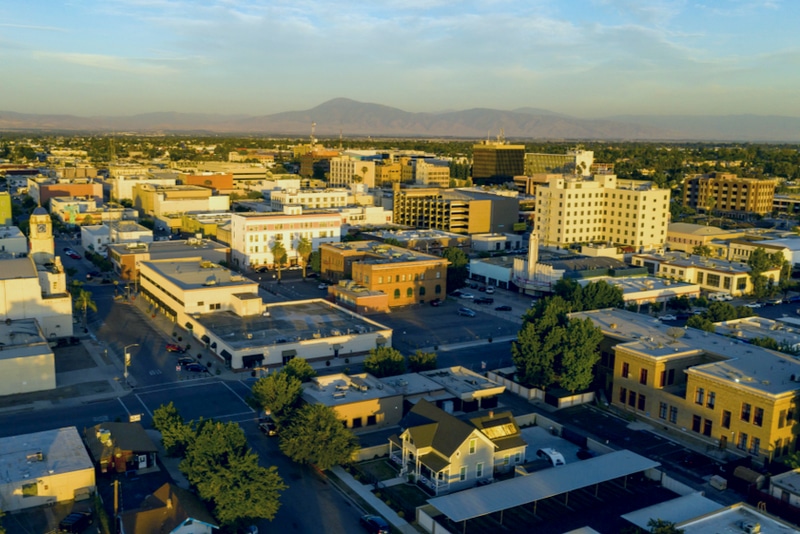 15 Best Things to do in Bakersfield, CA
← Read Last Post 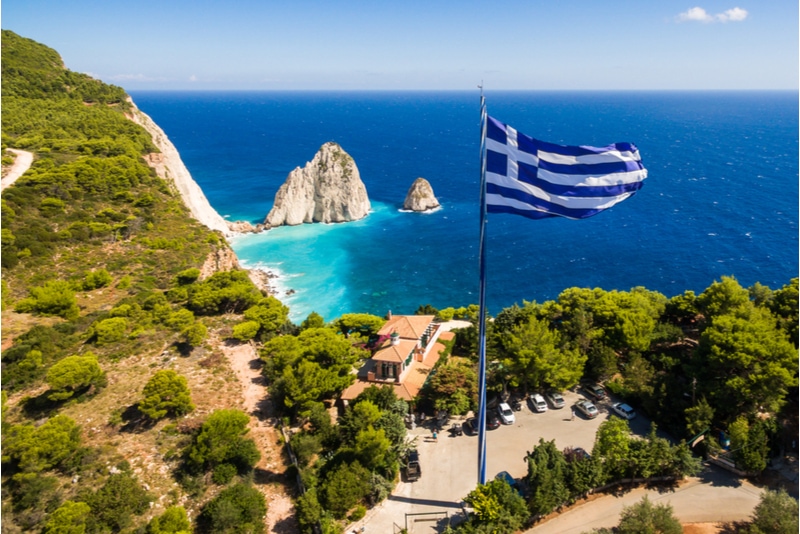