15 Best Things to do in Calgary (Canada) 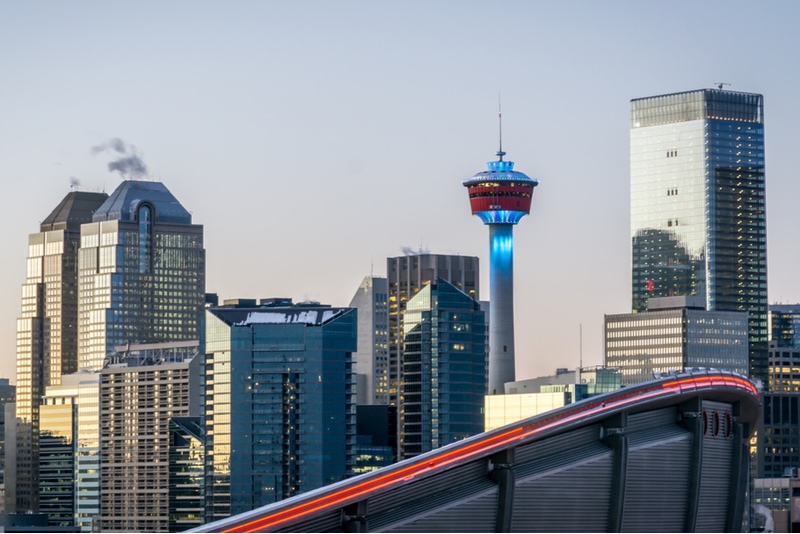 Here’s a list of the 15 best things to do in Calgary, Canada, along with famous landmarks, museums, and other points of interest.

Calgary is one of the largest cities in Canada, located in the province of Alberta. The locals are known as Calgarians, and it’s a popular destination for winter sports and outdoor activities.

In this article, I’m sharing some of the best places to visit in Calgary as well as activities and attractions that shouldn’t be missed while visiting the city.

Check out one of Canada’s most unique attractions, the Heritage Park Historical Village. Spread across 127 acres of land, the Village is Canada’s largest living history museum and brings the years 1860 to 1930 back to life.

As you may your way around the Village, you’ll discover the story of the settlement of the west as you immerse yourself in different periods of history. You’ll be able to tour the park on an antique steam train, grab a treat from the on-site bakery, watch lively street theatre, and much more. 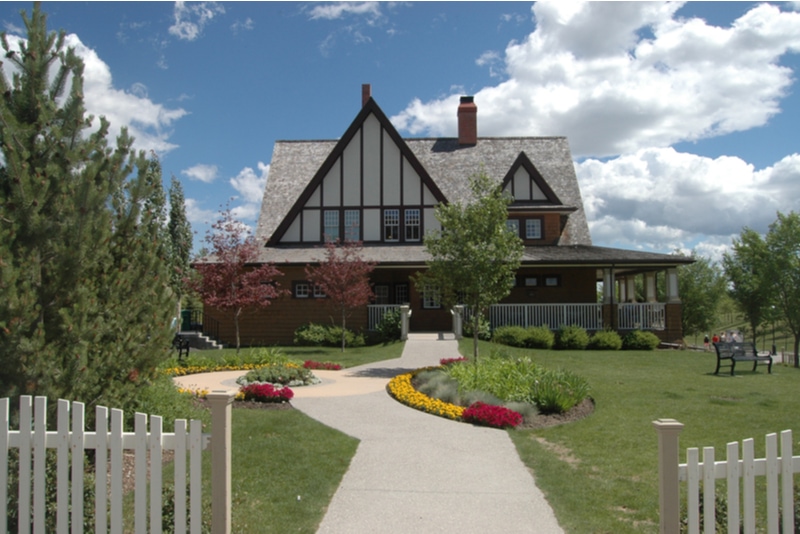 Situated on an island on the Bow River, Prince’s Island Park is an urban park spread across over 20 hectares of land. The park has a varied history and began its life as a channel to transport logs to the Calgary sawmill.

Today, the park is home to many of Calgary’s biggest festivals. It’s a place for the whole family to enjoy; take a picnic to eat amongst lush greenery while children play in the playground, canoe in the river, or cycle your way along pathways and hiking trails.

No trip to Calgary would be complete without a visit to Calgary Tower. From the top, you’ll be able to take in 360-degree views of the city beneath you. The 191-meter tower offers the best views found in Calgary, and you’ll even be able to see as far as the Rocky Mountains and the prairies.

Test your courage and step out onto the glass floor to see Calgary from an entirely new perspective – beware, though, it’s not for the faint-hearted! 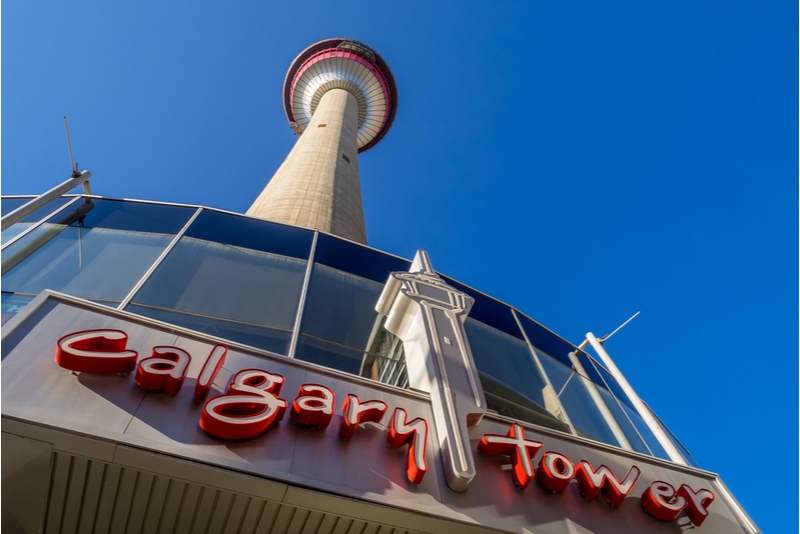 At 587km long, the Bow River is hard to miss. It runs through the city of Calgary and on through the prairies, offering you plenty of opportunities for water sports, scenic walks, and family days out.

Hop aboard a raft and paddle your way down the river with the cityscape surrounding you, head out for a walk beside the lake on one of many walking trails and stop for a picnic to take in the sights. 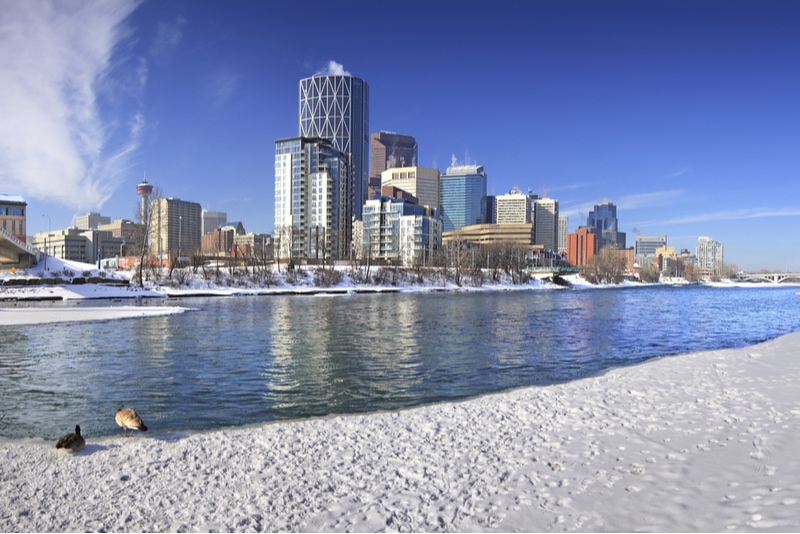 If you want to learn about Canada’s music history, this is the place for it. No other site in Canada offers the depth and variety of collections as the National Music Centre does.

Their selection of over 2000 artifacts depict the stories of music in Canada and provides both artists and visitors alike access to music technology and history.

The items on display here span over 450 years, and there’s even a” living” collection for artists and artists in residence. Here, they can make the most of over 200 fully functioning instruments. 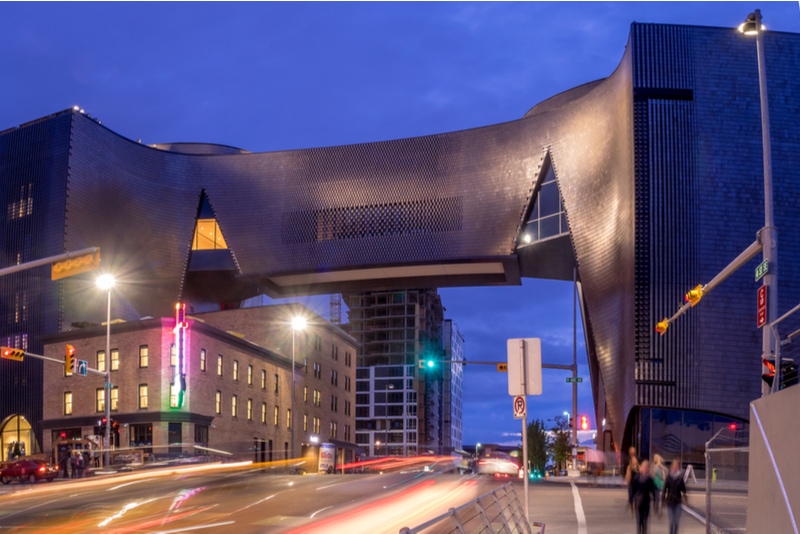 Calgary’s science center is one of the city’s best attractions. It’s the first purpose-built center of its kind to be erected in Canada in the last 25 years and welcomes thousands of visitors each year who come to understand the world science, technology, and innovation.

Visit Calgary’s only Dome Theatre which hosts live planetarium shows, or head to The Brainasium, a fun outdoor adventure space for learning and playing. It’s an exciting day out for the whole family, and you’re sure to leave having learned something new! 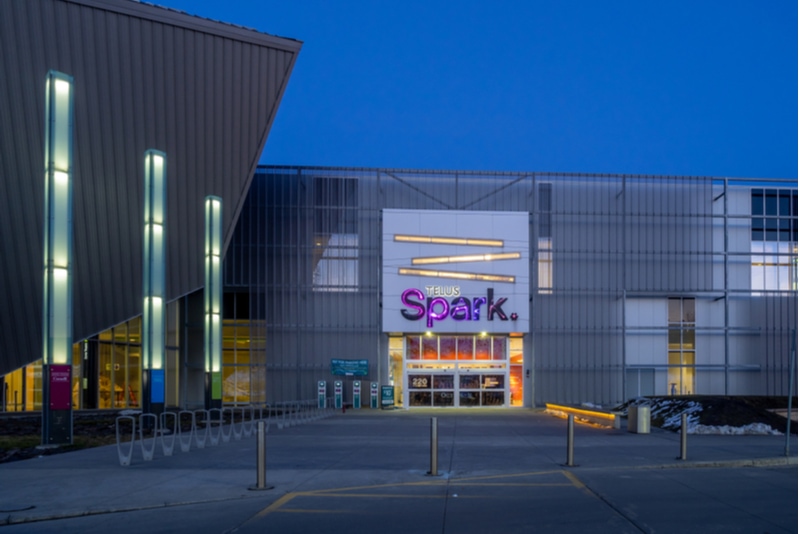 Celebrate the history of the automobile at the Gasoline Alley Museum and incredible museum with thousands of artifacts donated by local businessman Ron Carey. The two-story museum houses a fantastic collection of automobile memorabilia, with most dating to before World War II.

Learn how the introduction of the automobile inspired social change and see the impressive array of artifacts on display to the public. You’ll see everything from vintage vehicles to gasoline pumps and signage from old petrol stations. 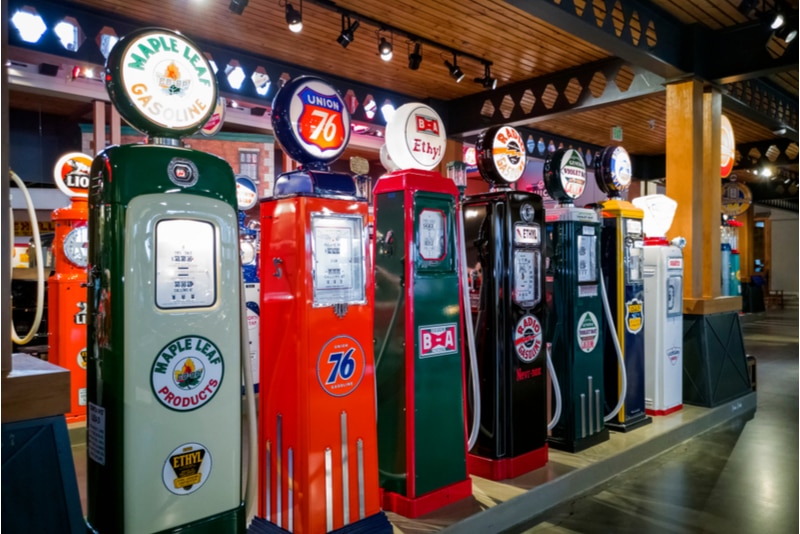 The Calgary Farmers’ Market has long been established in the vibrant history of Calgary. It welcomes both residents and visitors alike each week who come to support local businesses, buys local produce, and get a feel for the local community,

Head to the market, and you’ll be able to buy a host of goods from local vendors, whether that’s fresh fruit and vegetables or thoughtful hand-crafted souvenirs.

Founded in 1985 by beer fan Ed McNally, Big Rock Brewery has been bringing better beer to Canadians since its establishment. In a world of high-volume beer production, Big Rock Brewery thrives on their handcrafted beers.

Learn more about the beer brewing process on a tour of the Big Rock Brewery Calgary site, or perhaps you’d prefer to celebrate the union of good food and good beer at the on-site restaurant – it serves freshly-brewed beers alongside a beer-inspired menu.

The beauty of Banff National Park is just an hour’s drive away and is a must-see for anyone visiting Calgary. This world-famous national park is home to an endless array of sights and activities and is a perfect day trip for couples, solo travelers, and families alike.

Be sure to check out the stunningly beautiful Lake Louise and the nearby Fairmont Chateau Lake Louise. The azure blue waters of the lake attract hundreds of thousands of visitors a year and are arguably best viewed from a kayak on the sparkling waters. 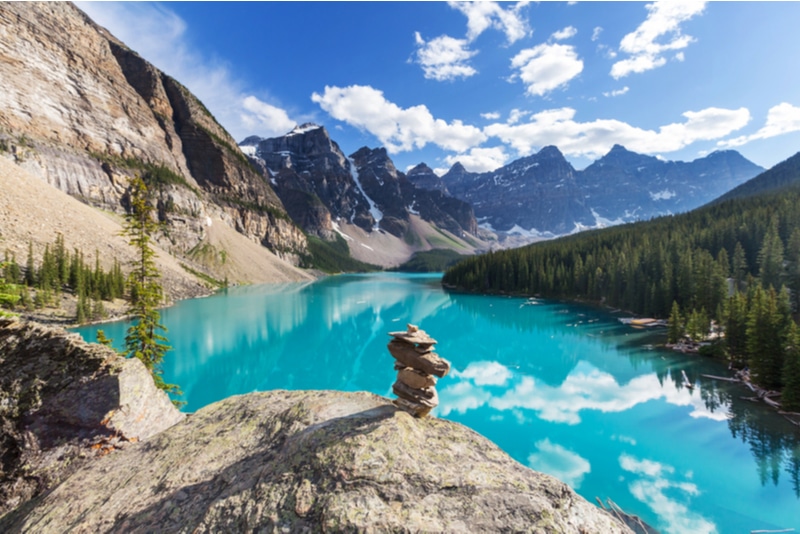 As with many Canadian cities, hockey is a huge part of the culture in Calgary. If you’re in town to catch a game – lucky you – it’s likely to be the best atmosphere of any game you’ve been to!

If hockey is not your thing, watch a Calgary Stampeders football match, head to a lacrosse game played by the Calgary Roughnecks (or’ Riggers’ as they’re affectionately known), or even go to see the Calgary Canoe Club paddle on the local rivers. 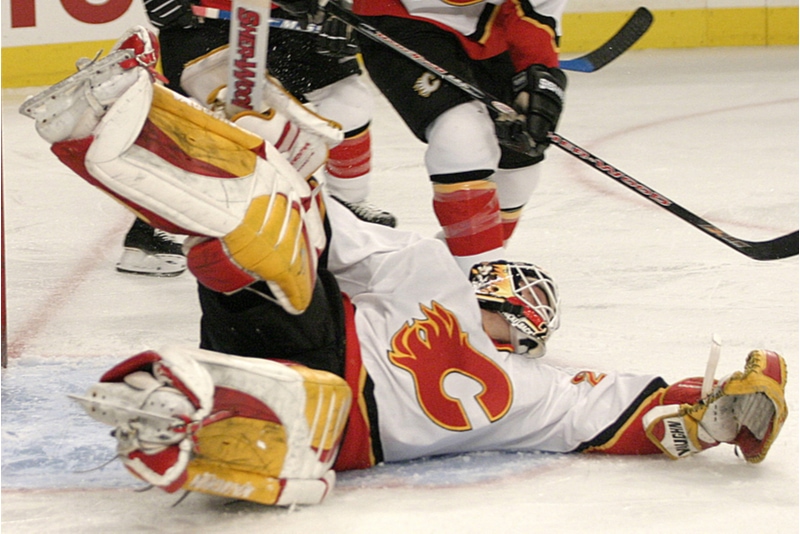 The route takes you through stunning mountain scenery, along with glistening lakes and dramatic canyons. You’ll travel through the legendary Spiral Tunnels, cross the Continental Divide and perhaps even see some wildlife along the way too! 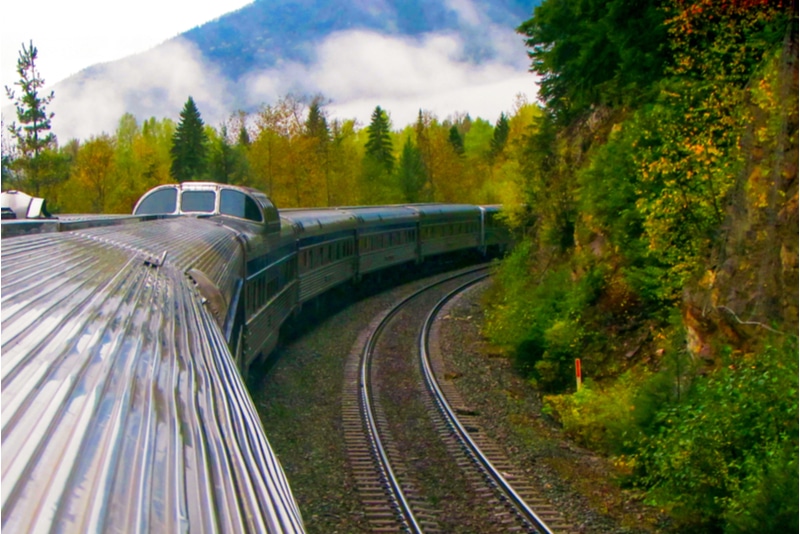 Fish Creek Park is Canada’s second-largest urban park and is a perfect place to explore nature. Fish Creek itself flows along the length of the park before joining the Bow River, and the natural water source makes it a great place to spot wildlife and take part in outdoor activities.

Head to the Fish Creek Environmental Learning Centre to learn about the area, dine at the Bow Valley Ranche Restaurant, or try your hand at hiking the more than 80 kilometers of pathways. Bird watching is another favorite activity, with more than 200 bird species residing here. 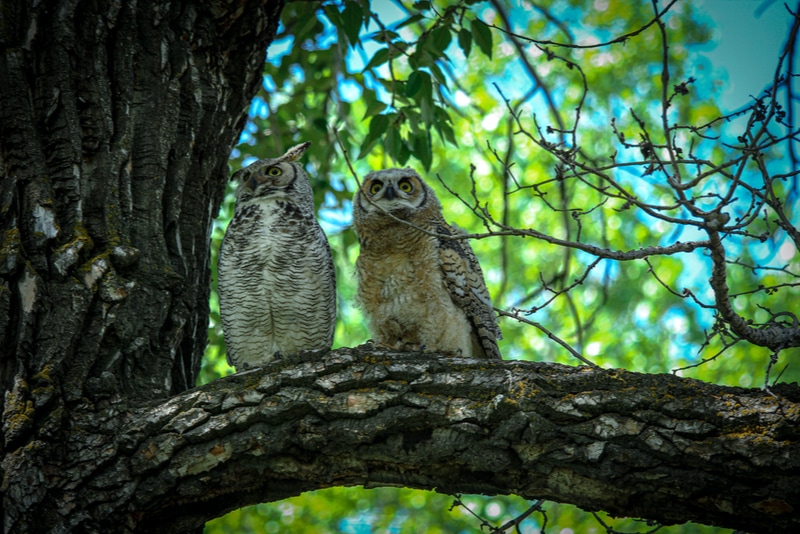 Understand the human experience at the Glenbow Museum of art, where you’ll discover the stories and cultures from native Canadians through to the present day. The collections on display here offer an insight into the rapid changes of modernity and the art produced throughout the 21st century.

For over 50 years, Glenbow has continued to grow its collection to showcase the people and ideas that represent the region. Their work aims to educate and entertain those who come to see the museum, and once you’ve visited, you’re sure to feel inspired.

Fort Calgary resides on the traditional territory of the people of Treaty 7, meaning you’re visiting a place steeped in native Canadian history. Originally built in 1875, the Fort became the foundation of the city of Calgary; this tiny outpost has seen exponential growth to a city where over 1.3 million people now live.

Fort Calgary is a place where the past meets the present. Take time to reflect on the city’s history at the on-site museum, enjoy one of the many special events often held at the Fort and even watch a black & white movie or concert at the Burnswest Theatre. 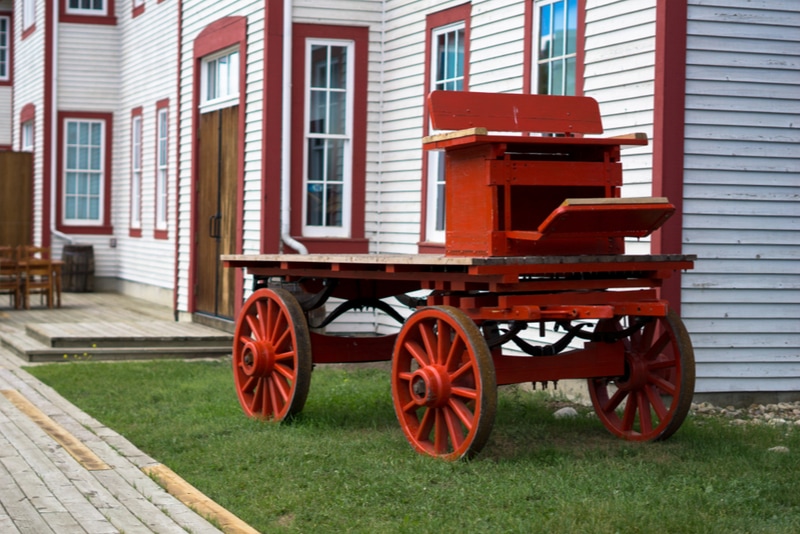 Want more recommendations on things to do in Calgary, Canada? Leave a comment below! 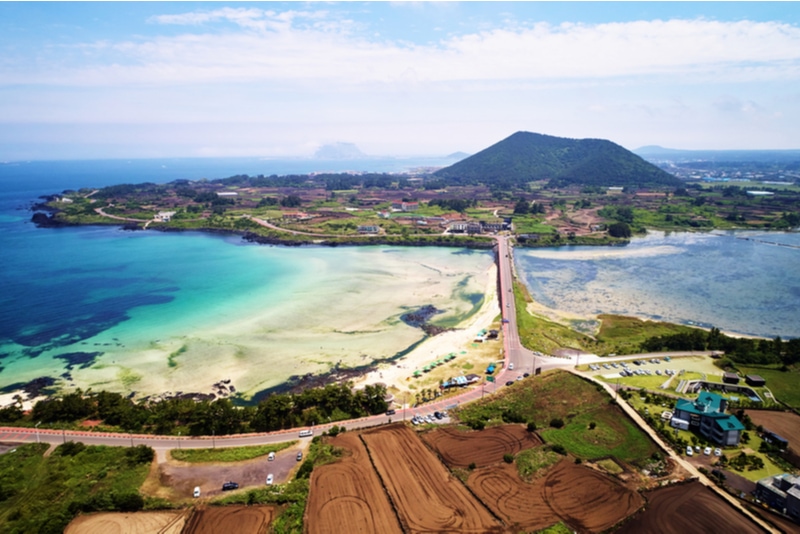 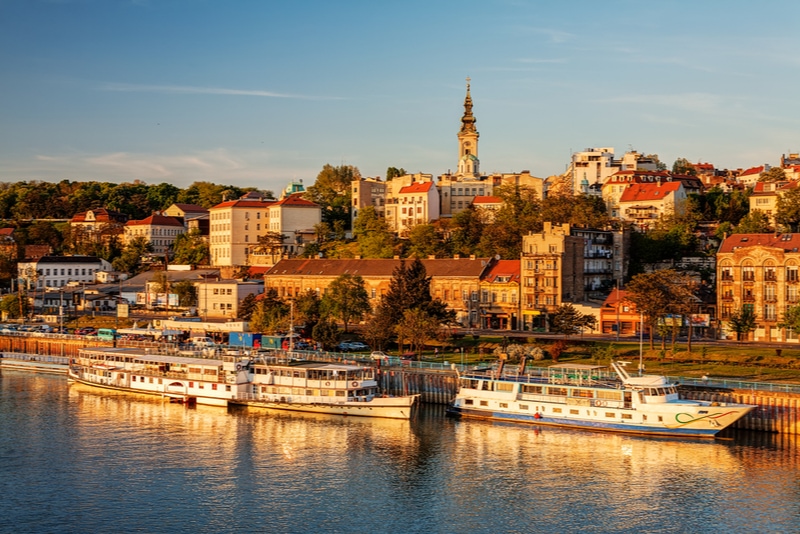