17 Things to do in Brno as a tourist 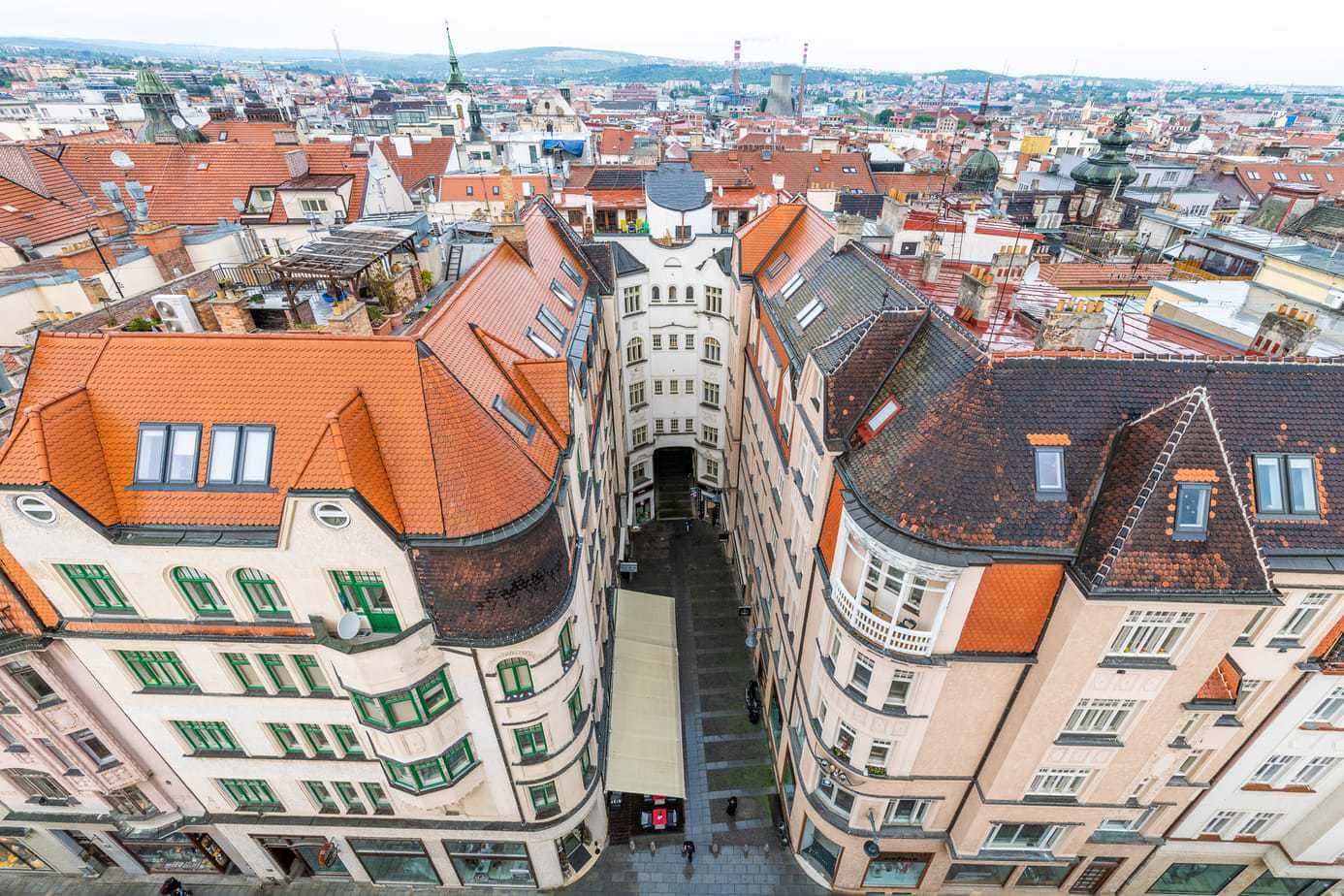 Brno might not be as popular as Prague, but it’s the 2nd largest city in the Czech Republic, and it’s quite an underrated destination for a weekend trip in Central Europe. If you’re curious to visit Brno, you will be happy to learn that there are many interesting sites and things to do in Brno.

I visited quite recently on a trip with the Czech Tourism Board were I got the opportunity to explore Brno, which wasn’t on my radar before. But I was happily surprised and discovered many cool places and beautiful buildings as well as a vibrant nightlife.

To help you make the most out of your visit, I’ve made this list with 17 Things to do in Brno as a tourist!

Explore the Ossuary underneath the Church of St. James

Did you know that the Brno Ossuary is the 2nd largest in all of Europe? That’s pretty cool, and it’s like a hidden gem of attractions in the city. We found it by coincidence and decided to go down while visiting the Church of St. James (which is also beautiful).

The ossuary has bones from more than 50.000 people, whereas many died from the plague. It’s a bit creepy to walk around down there, especially since some skulls still have their teeth left, but it’s nonetheless interesting and fascinating to see.

Visiting the Ossuary is one of the most unique things to do in Brno! 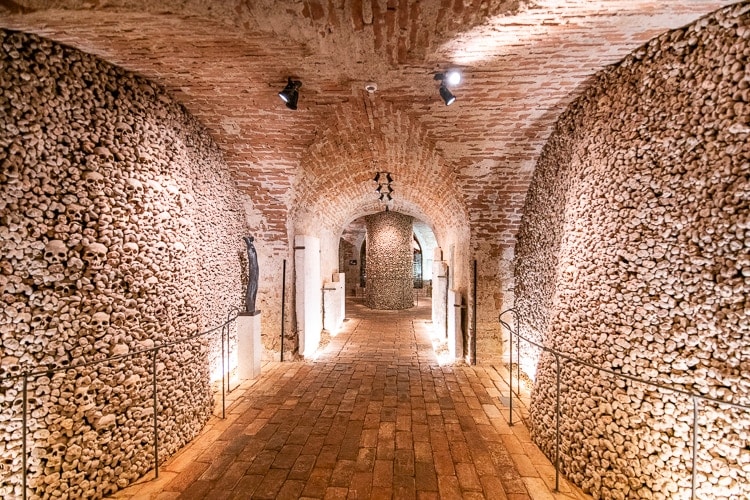 Take in the views from the old town hall

Another favorite was to walk up to the top of the old town hall, where you can enjoy a 360 degrees view over the city. We were a bit unlucky with the weather as it was raining, but I think the photos still came out great, and the view was still worth seeing.

The walk up for the stairs is not an easy task. Unfortunately, there is no elevator, but don’t worry, you will definitely make it if you’re in regular shape. 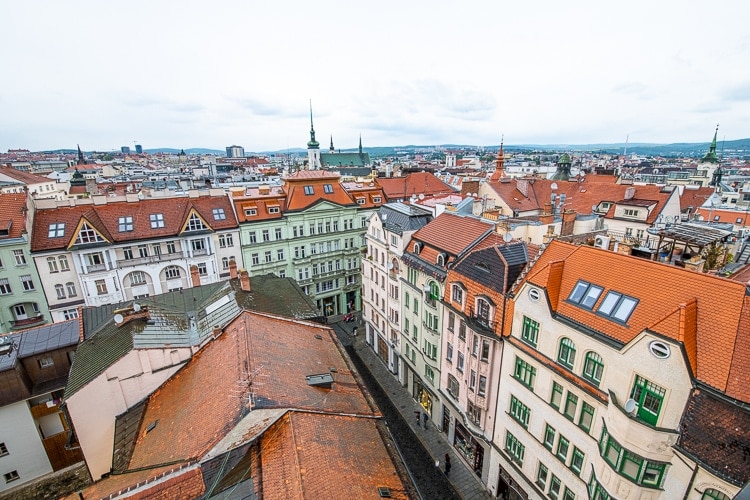 A short drive from the city center you will have the opportunity to visit the UNESCO World Heritage Site of Villa Tugendhat. A fascinating villa that is from the early 1900s, and a prime example of the modern architecture boom that happened in Brno. 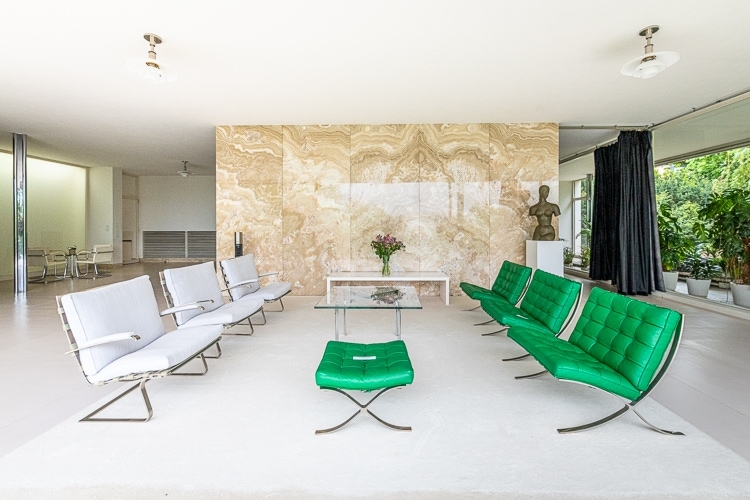 A trdelnik is not something specific for Brno, but can be found all over the Czech Republic, but still, I never travel to Czechia without eating a trdelnik, and neither should you because they are delicious! 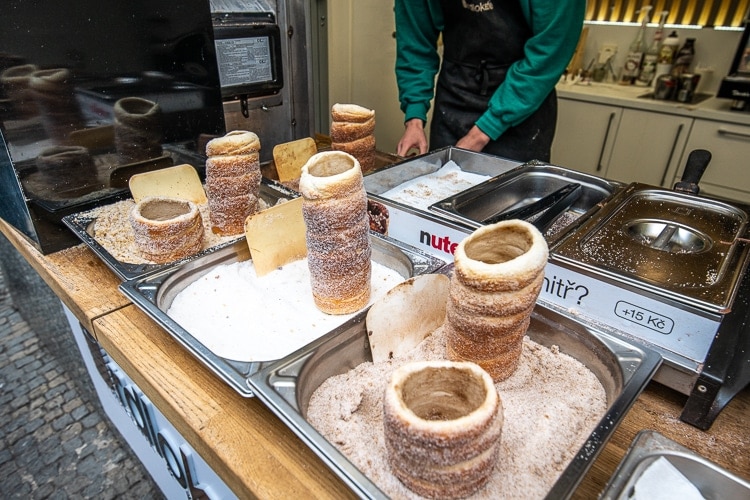 Explore the Nightlife in Brno

Brno has a fair share of students which has given the city a vibrant nightlife. There are many cool bars that are open on both weekdays and weekends. No matter the time of year you come here, you will be sure to have a good time while exploring the Brno nightlife!

I visited some of the bars and two of them were my favorites: 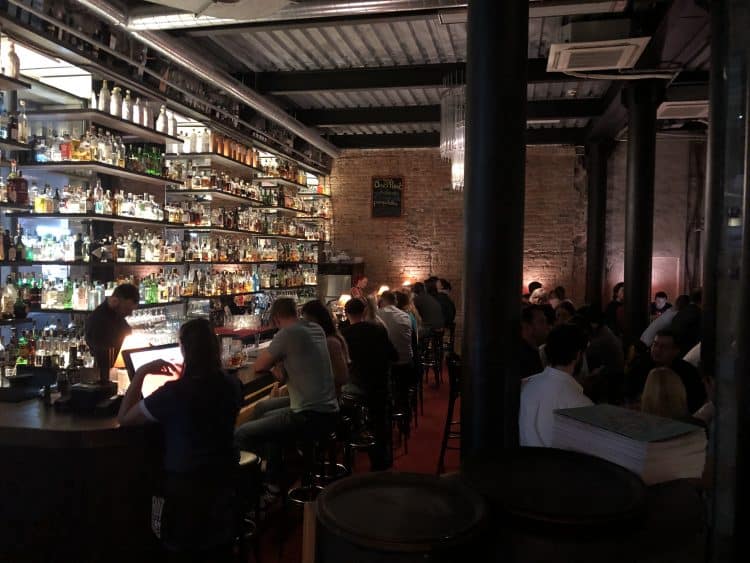 Most cities offer visitors to rent a segway on their own or join a guided tour. Brno is no different, but it’s a fun way to explore the city, especially if you’re traveling here with kids or have limited time.

Go on a Brno Walking tour

If you don’t want to rent a segway, one of the best things to do in Brno is to join a historical walking tour where you’re accompanied by a professional local guide that is eager to show you around.

You can the walking tour here

Hike Up to Spilberk Castle

If you like to visit castles, you shouldn’t miss hiking up to Spilberk Castle, which is just a short walk from the city center. The construction of Spilberk Castle began as early as the 13th century and was completed by King Ottokar II of Bohemia. 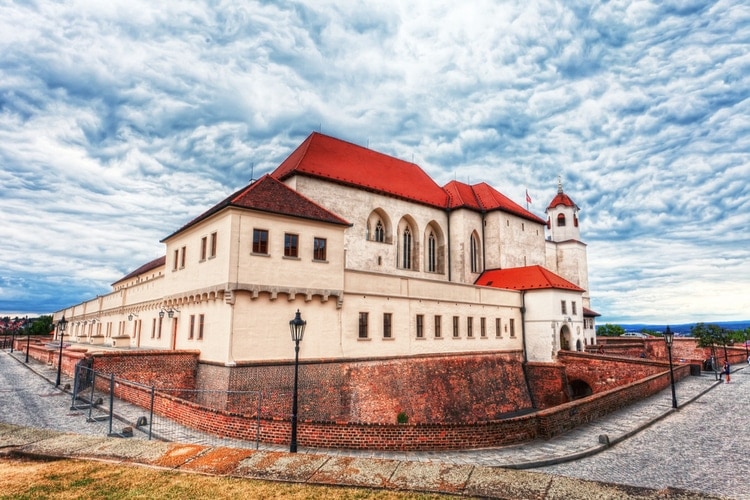 Another interesting place in Brno that not everyone might know about is the Capuchin monastery. If you’re a history buff like me, then a visit here is definitely one of the top things to do in Brno!

In the Capuchin monastery, you can see the resting place of the old Capuchin monks who have been mummified. It’s not every day that you get to see European mummies, but here you can. 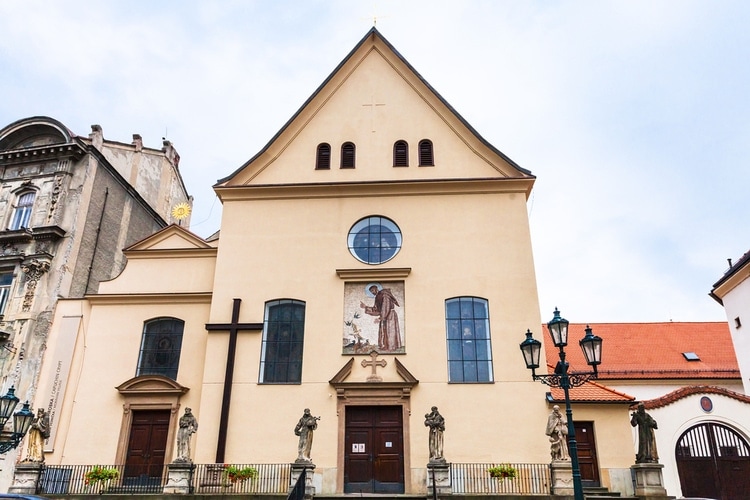 Visit the Cathedral of St. Peter and Paul

There are many beautiful churches in Brno, and the Cathedral of St.Peter and Paul might just be the most spectacular. The cathedral has a gothic revival style exterior and a baroque interior. Its origins date back as far as the 11th century. 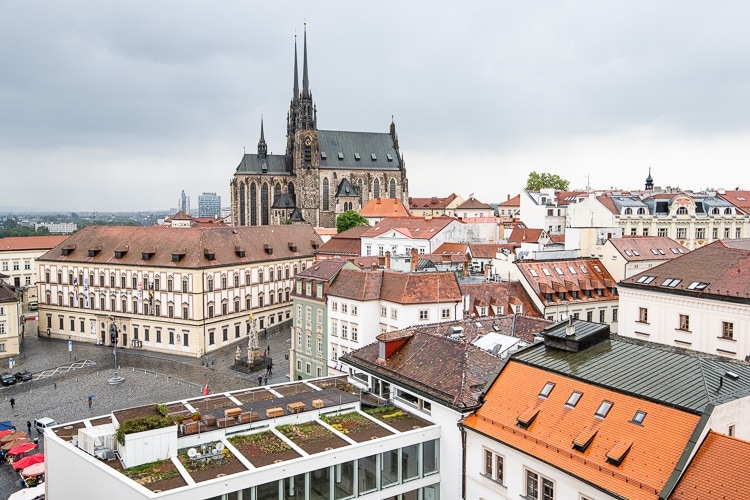 Gregor Mendel was a scientist and abbot of St Thomas Abbey in Brno. Today, you can visit the museum and learn more about his discoveries. He is often regarded as the founder of the modern science of genetics. 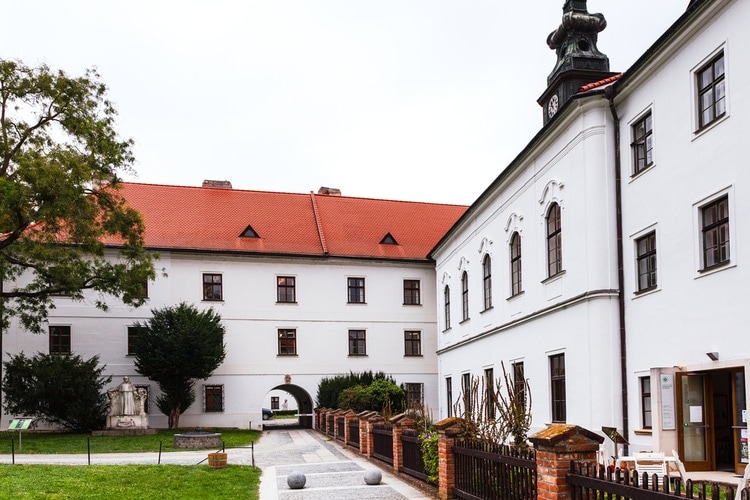 Underneath the Cabbage market, you can explore the city underground in a maze of tunnels and chambers. The Brno underground has an interesting history, and it opened up to the public in 2011.

Nowadays you can join a 40-minute walking tour that takes you around. During the medieval era, food and wine were stored underground, but there is a dark side to it as well. Here you can see a public torture device that was used in the middle ages.

If you like to visit local markets, then the cabbage market is a popular place to go. This is where you can find some local produce, flowers and various other things. The market is located at the Zelný trh square, and the surrounding buildings are very beautiful as well. 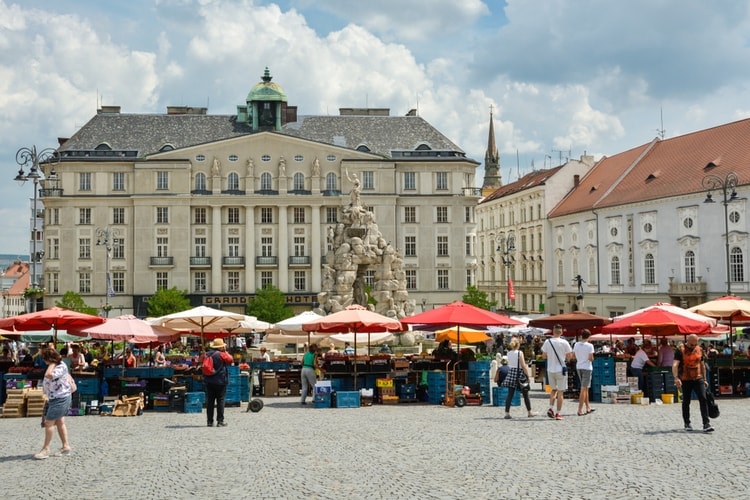 Stroll around the Freedom Square

This is the main square in the city, and no matter the time of day you go here, it will be lively and full of people. It’s a beautiful square where you will find many stores and restaurants nearby.

It has been a central place of the city since the 13th century. 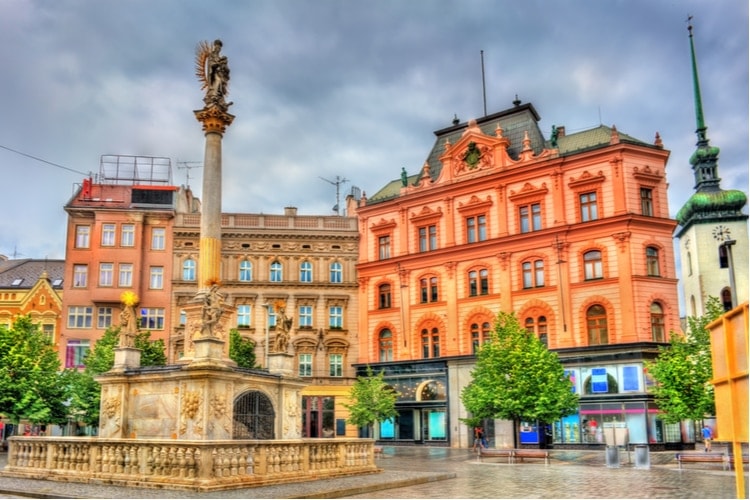 Go to Mikulov on a day trip

While Brno is a big city that gives you some small town feelings thanks to its relatively packed center, I also suggest visiting Mikulov, which is a quaint little town in South Moravia, particularly known for its Palava wine.

You can easily get here by train or car from Brno, and it takes about 1 hour by train or 45 minutes by car. 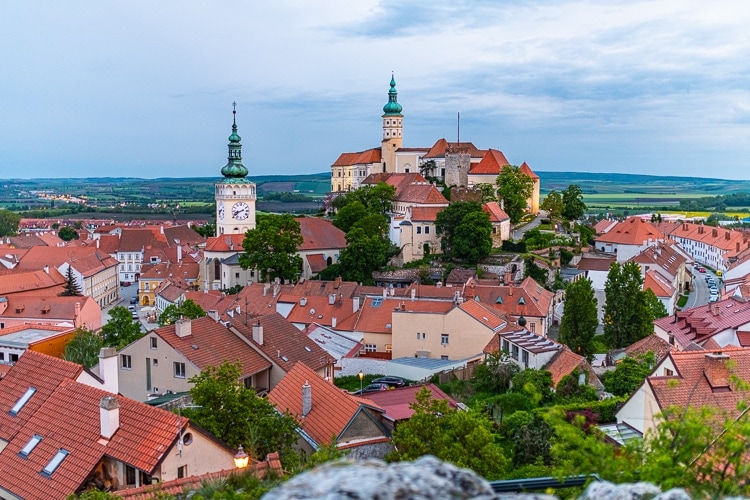 Make a day trip to the Moravian Karst

If you’re interested in spectacular rock formations and want to go for a water tour in the Moravian Karst, you shouldn’t miss out on a day trip to Moravský kras as it’s known in the Czech language.

This beautiful nature reserve is located just a short drive from Brno (30 minutes). 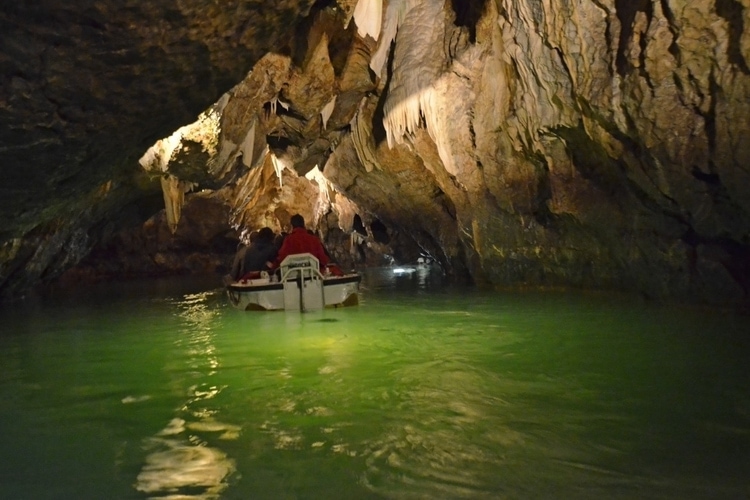 Go on a day trip to Lednice Castle

Another fascinating place that shouldn’t be missed if you’re staying in the area a couple of days. Lednice Castle is one of the most beautiful castles in Europe, and it’s listed as a UNESCO World Heritage Site.

The journey takes about 1 hour by public transportation and 45 minutes by car. 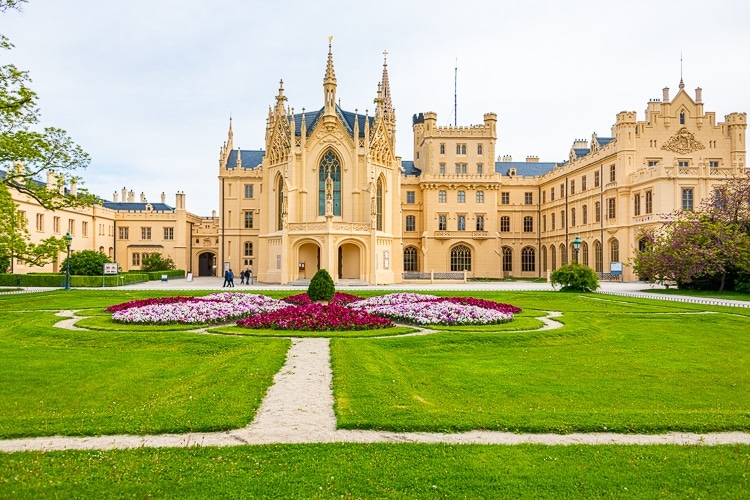 Book your stay in Brno

More Things to do in Brno

The list of things to do in Brno can, of course, be longer than 17, but the ones already mentioned are my favorites and what I think you shouldn’t miss as a tourist. If you’re looking for more things to do in Brno, check this small list of additional attractions and activities.

Do you want more tips on things to do in Brno? Leave a comment below! 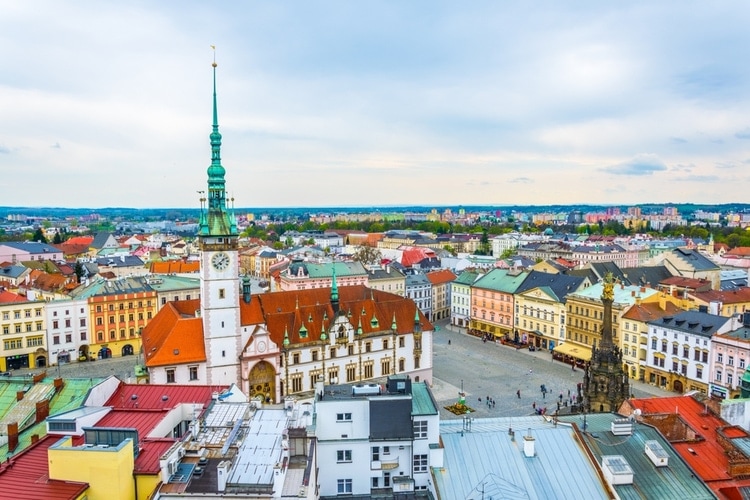 Just read your article about Brno. Nice job. But trdelnik. It is not a Czech thing. It comes from Hungary and it started few years ago as "tourist trap" in Prague. As enormly expensive piece of dough. As another fact is you will not find this thing anywhere except tourist exposed areas. Not even czechs doing that at home. Czech Republic has more delicious things to offer... I would consider trdelnik as thing to avoid not as "must to have".

Hey Radi, thanks for commenting. I did know that its origin comes from Transylvania as kürtőskalács because I have Hungarian origins, but I didn't know it was introduced recently in the Czech Republic. I have just noticed that I see this in many places in Czech Republic, so I thought it was a typical thing there as well, but good to know.

I still think they are delicious though! ;)