15 Best Things to do in Bordeaux (France) 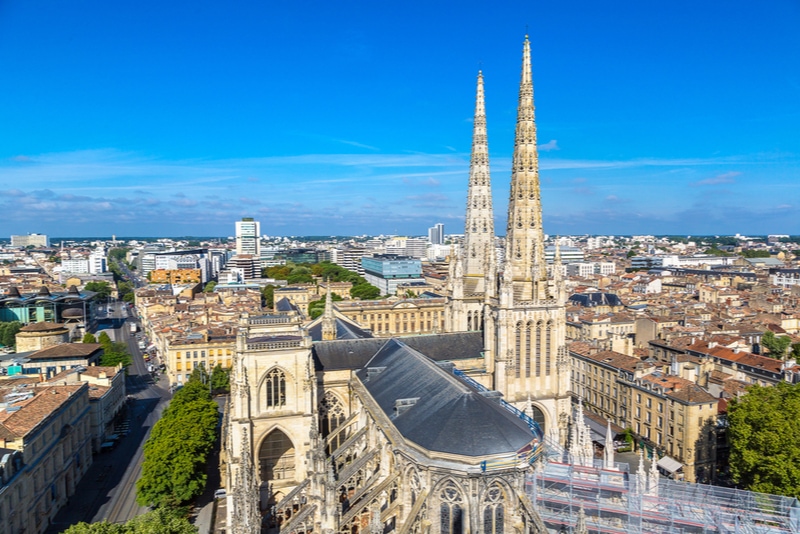 Here’s a list of the 15 best things to do in Bordeaux (France), along with famous landmarks, museums, and other points of interest.

Bordeaux is one of the best wine-growing regions in France and much of the region’s culture and history is related to wine. The Cité du Vin is dedicated to this heritage and showcases the global significance of wine.

The museum is offering its visitors a new perspective on wine and focuses on the emotions, sensations, and imagination that is connected to it.

But the Cité du Vin is more than just a world-class museum, it is also housed in one of the most impressive modern buildings in all of Europe and with its unbelievable curved design, it looks almost too futuristic to be real. 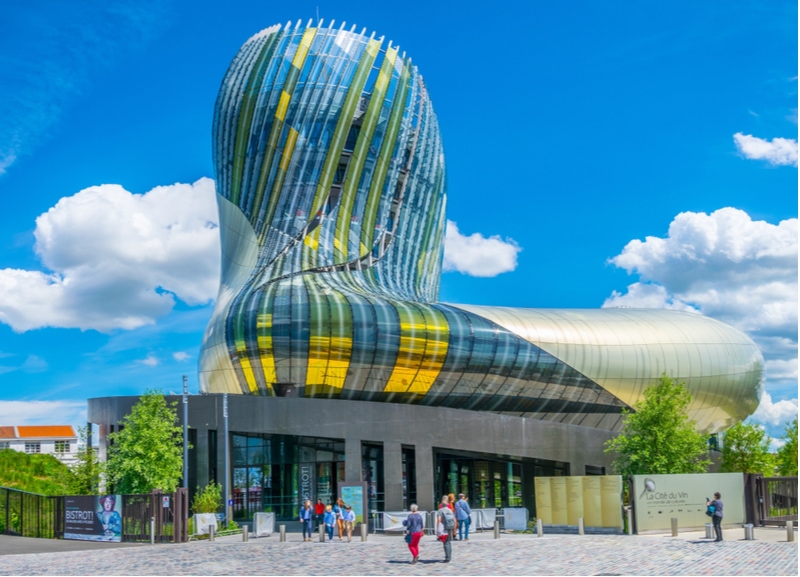 The Grand Théâtre de Bordeaux was inaugurated in 1780 and has since then been a cornerstone of Bordeaux’s cultural landscape. The theater is very elegant both in its architecture, the performances, and its audience.

Visitors searching for a classical opera or theater experience will find it a fantastic attraction. The ceiling of the auditorium features a world-famous fresco painted by Jean-Baptiste-Claude Robin. It is of breathtaking beauty and pays homage to the art and the city of Bordeaux. 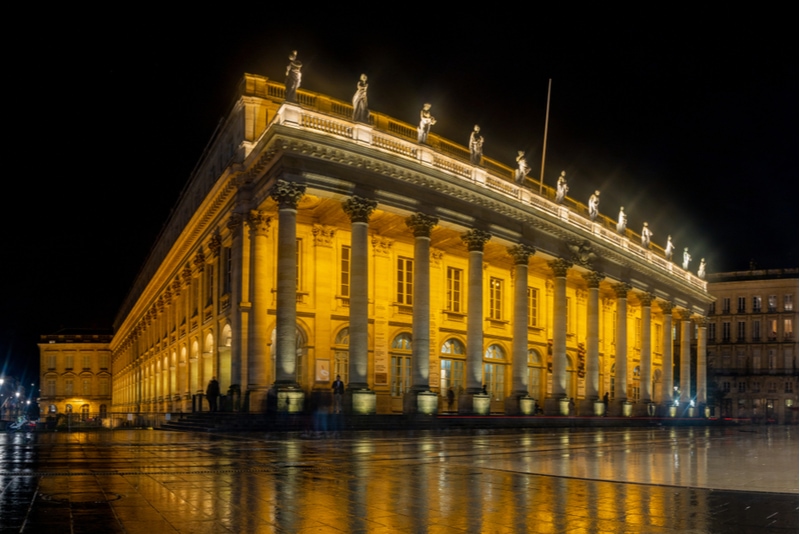 La Grosse Cloche or Big Bell, as this attraction is called in English, is a historic bell situated on top of a dungeon used to house misbehaving youths.

The bell was cast in the 18th century and is one of the oldest in France. Guided tours are available leading visitors through the interesting dungeon, explaining its history and the interesting stories of some of its inmates. 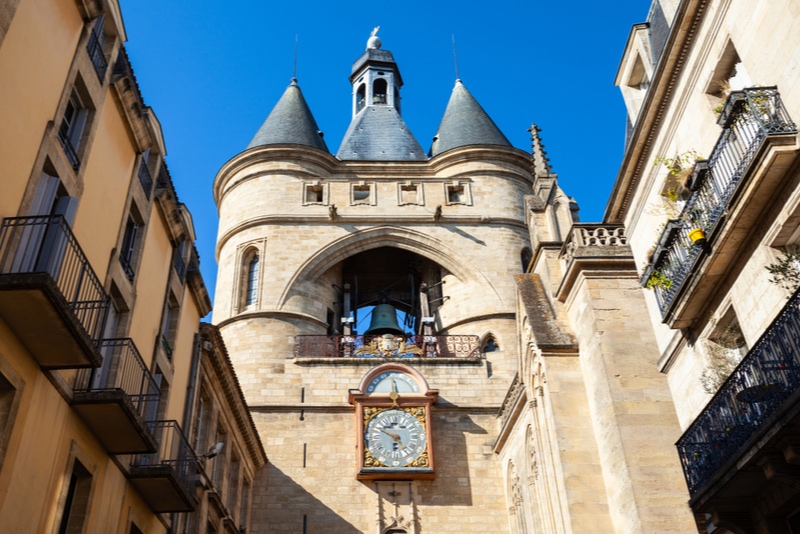 The Porte Cailhau used to be the most important city gate of Bordeaux and was built in the late 15th century. The gate is around 35 m tall and offers an exhibition dedicated to the tools and materials used for its construction.

Entering the Porte Calihau is not expensive and not just worth it for the exhibition but also for its beautiful views on the Garonne and the Pont de Pierre. 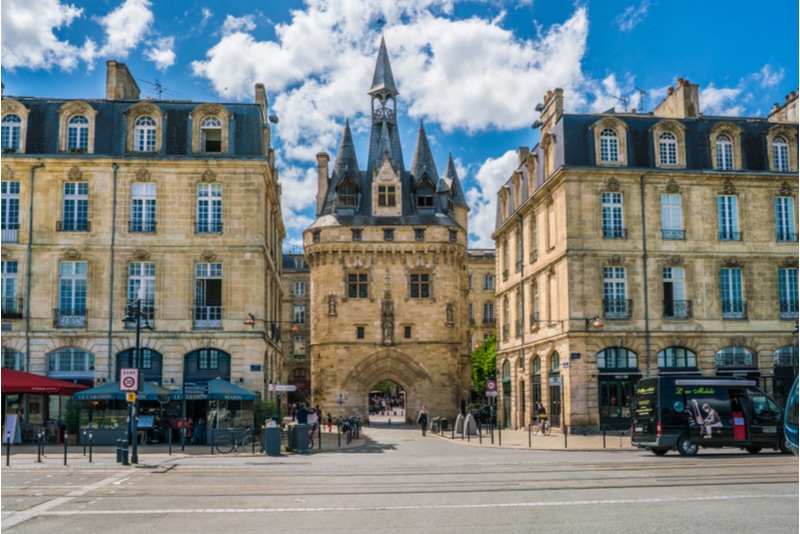 The Esplanade des Quinconces, one of Europe’s largest city squares is home to a very special site, the Monument aux Girondins. This beautiful statue is dedicated to the victims of terror during the French Revolution.

The monument consists of a beautiful fountain and a column topped with a statue. Don’t miss the beautiful landscape of the statuary consisting of horses, sea creatures, and humans found at the base of the column. 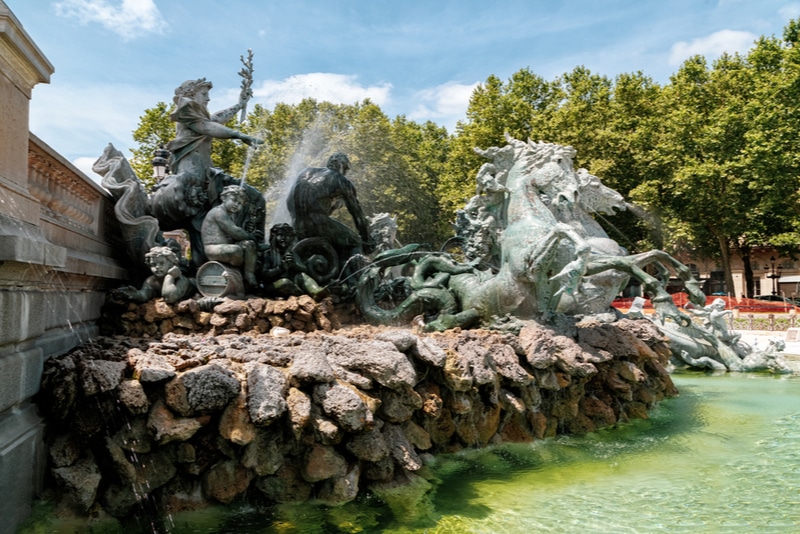 The Marche des Capucins is the largest market of Bordeaux and becomes a bustling trading hub each morning when vendors open up their shops to sell a variety of food including fruits, vegetables, cheese, wine, oysters, and more.

Some of the food is organically grown and comes from the region of Bordeaux and some of it is imported from all over the world. No matter what you are looking for, you will find it at the Marche des Capucins. There are also many cafes and restaurants located nearby that are known for their excellent cuisine. 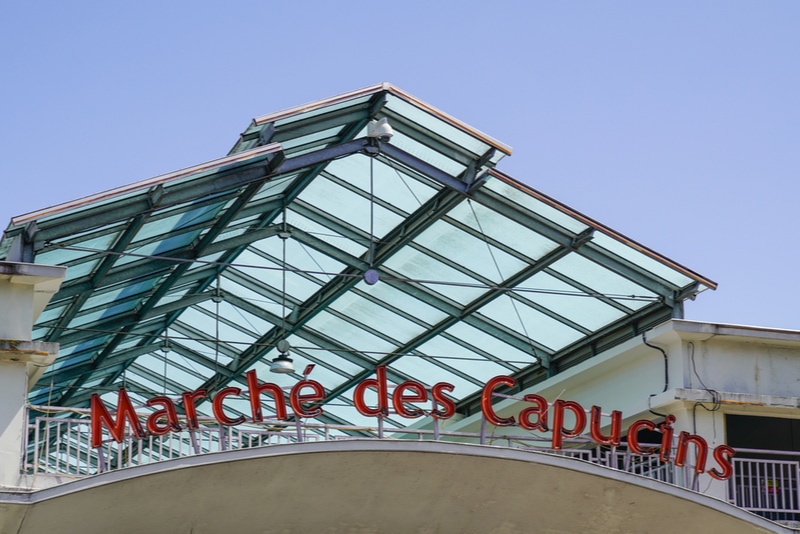 The Cathédrale Saint-André is a UNESCO World Heritage site and is considered one of the most important religious monuments of the city. The building is known for its heterogeneous style of architecture as it features aspects of many historical eras, making it very unique and unlike most other churches you will find in France.

It is believed to be built in the 10th and 11th century making it an incredible witness of many centuries of history. The Cathédrale Saint-André features an interesting Marcadé collection with 42 illuminations consisting of paintings, sculptures, and silver objects. 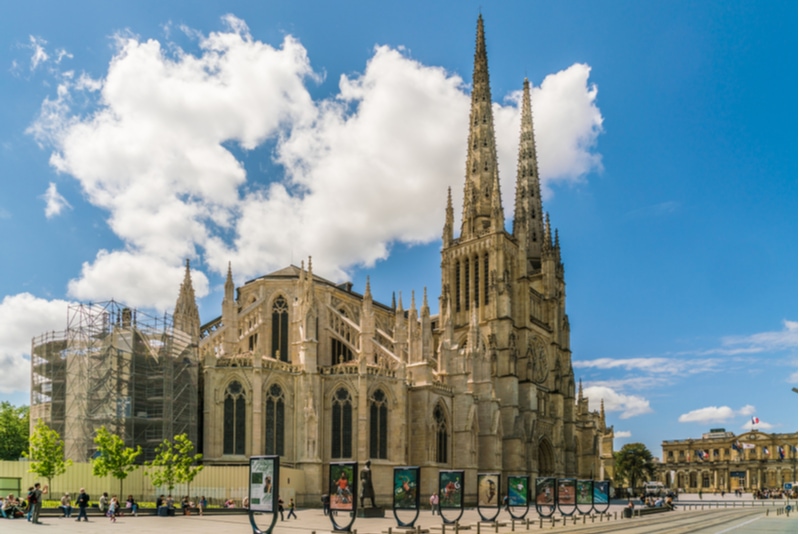 The Place de la Bourse is another UNESCO World Heritage site that can be found in Bordeaux. It is built along the Garonne River and is often considered one of the finest examples of classical French architecture.

The square is very different from the medieval streets found in other places of the city as it is very wide and open and focuses on elegance and beauty instead of defensive solidity.

This place is often considered the symbol of Bordeaux and shouldn’t be missed by any visitor of Bordeaux as it’s breathtakingly beautiful being surrounded by the Garonne on one side and the splendid Chamber of Commerce And Industries on the other. 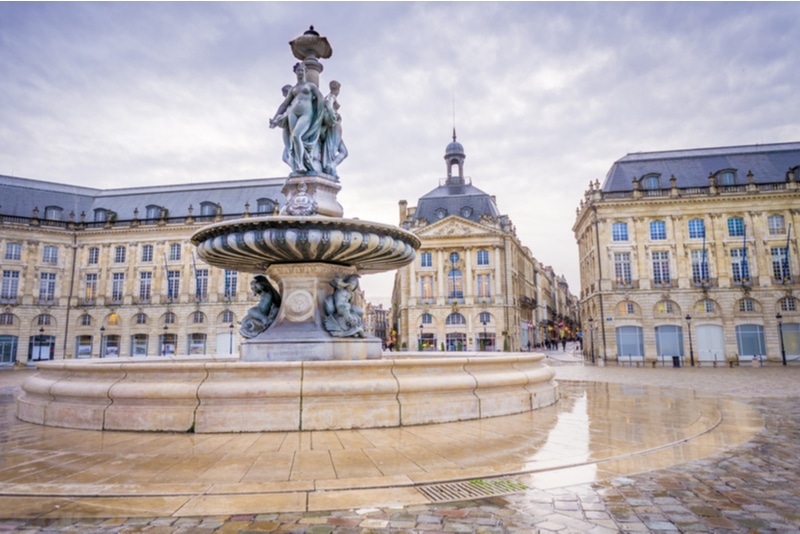 The Museum of Aquitaine is dedicated to the history of Bordeaux and Aquitaine (a former administrative region). Visitors can find a large collection of objects and documents telling the story of the region through the millennia.

Some of the earliest artifacts on display date to prehistoric times and are very interesting. Due to Bordeaux’s harbor and the global trade that has shaped the city, there are also many artworks from Africa and Oceania to be found in the museum’s collection.

Amongst the most valuable artifacts on display is the Venus of Laussel, a 25,000 years old limestone bas-relief depicting a nude woman. 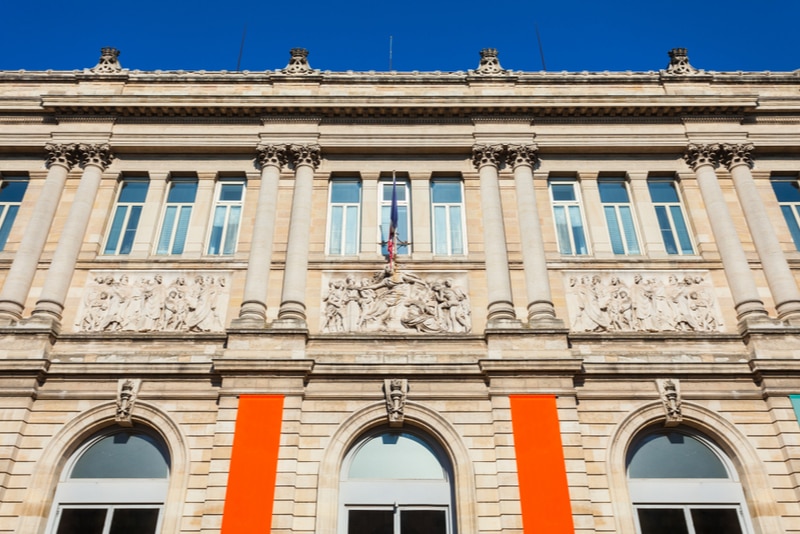 The Chateau Pape Clement is one of the most prestigious wineries in the region and also serves as a hotel, offering visitors a relaxing stay in a historic building surrounded by beautiful wine yards and picturesque nature.

Alternatively, visitors can experience the Chateau Pape Clement as part of wine tastings or on guided tours that lead guests around the most interesting parts of the estate and its neo-Gothic castle-like Chateau.

The city of Merignac, only a few kilometers west of Bordeaux, is home to an interesting church, the historic La Vieille Eglise Saint-Vincent. It dates to the 12th century and has served the city as not just a church but also a school, workshop, and art exhibitions.

Today the church is known for its great annual exhibitions featuring works of famous artists like Jacques Villeglé and Gérard Garouste.

The Pont de Pierre (in English: Stone Bridge) is the city’s most popular bridge and connects the Place de Stalingrad and the eastern end of the city with Bordeaux’s downtown area and the historic neighborhoods of Capucins – Victoire and Saint-Pierre.

The construction of this beautiful bridge ended in 1822 and since then the bridge has been one of the key structures of the city. It is known for its 17 arches. 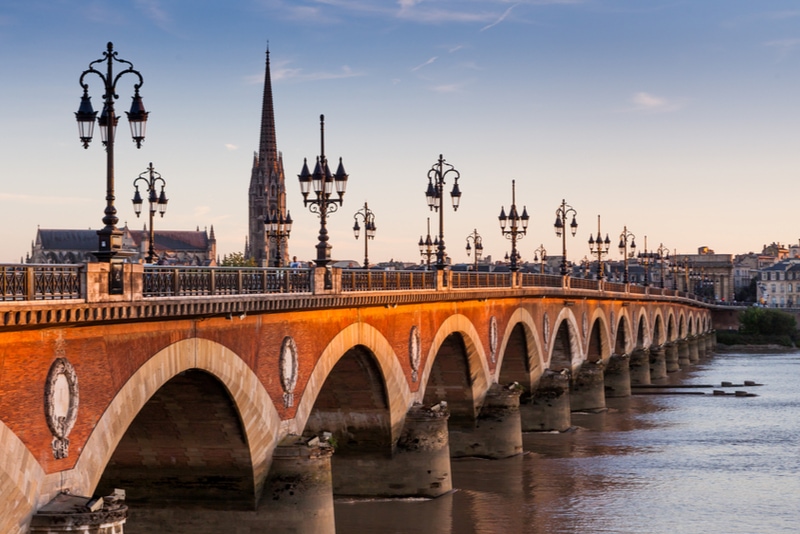 The Musee du Vin et du Negoce is dedicated to the wine tradition of the city and showcases tools and materials used in the 2000 years of wine production in Bordeaux.

The museum also offers wine tastings and guided tours that make a visit particularly interesting and enjoyable.  The museum also showcases the way wine was traded and highlights the legacies of the many wine families that built their fortunes on the trade.

The Jardin Public is Bordeaux’s most beautiful public garden and acts as an oasis amidst the busy streets of the city. The park consists of 11 hectares of fantastic greenery including a picturesque pond surrounded by trees,

flowers, and grassy areas. The gardens also offer a National History Museum as well as a small botanical garden. Kids will love the children’s playground and the popular puppet show that takes place here regularly. 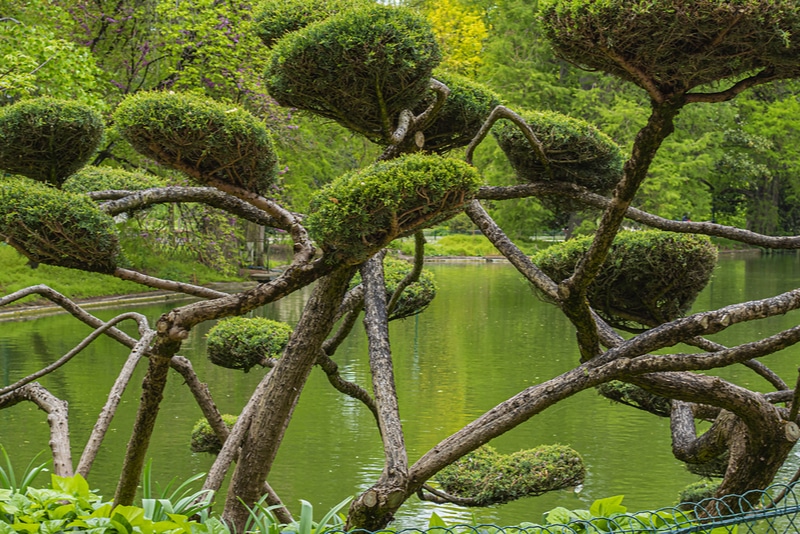 The Rue Saint-Catherine is about 1,200 meters long and is the city’s largest pedestrian street known for being a paradise for shopaholics. Most of the buildings along the street are home to fashion boutiques, restaurants, bars, cafes, or larger stores.

The Rue Saint-Catherine leads from the Place de la Victoire to the Place de la Comédie and walking along it is one of the best ways to experience many of the touristic highlights of Bordeaux while at the same time enjoying the authentic atmosphere of the everyday life of the Bordelais (local residents of Bordeaux). 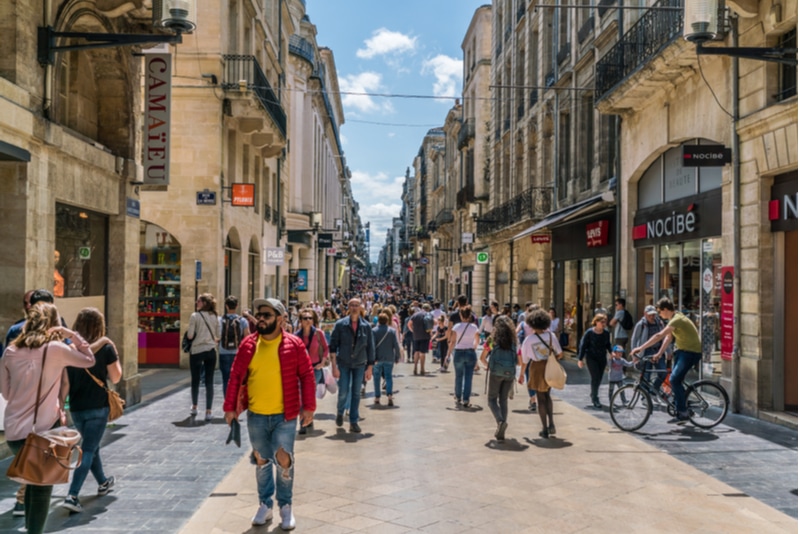 Want more recommendations on things to do in Bordeaux, France? Leave a comment below! 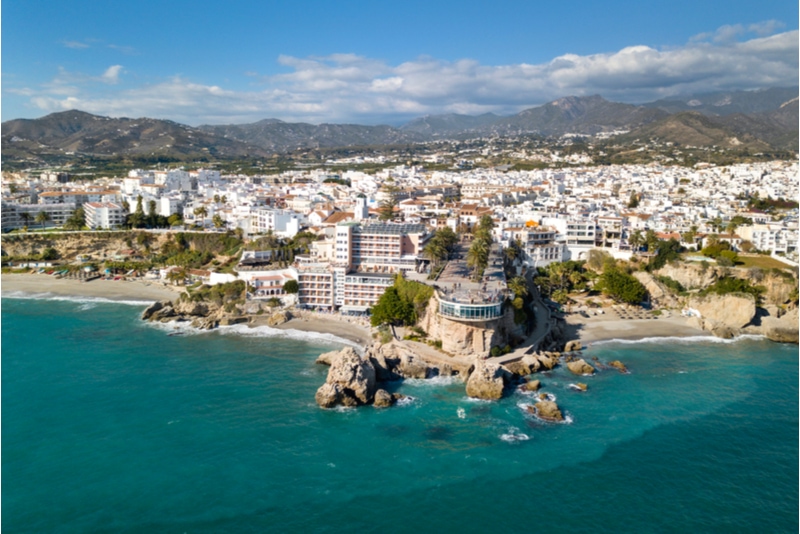 15 Best Things to do in Nerja (Spain)
← Read Last Post 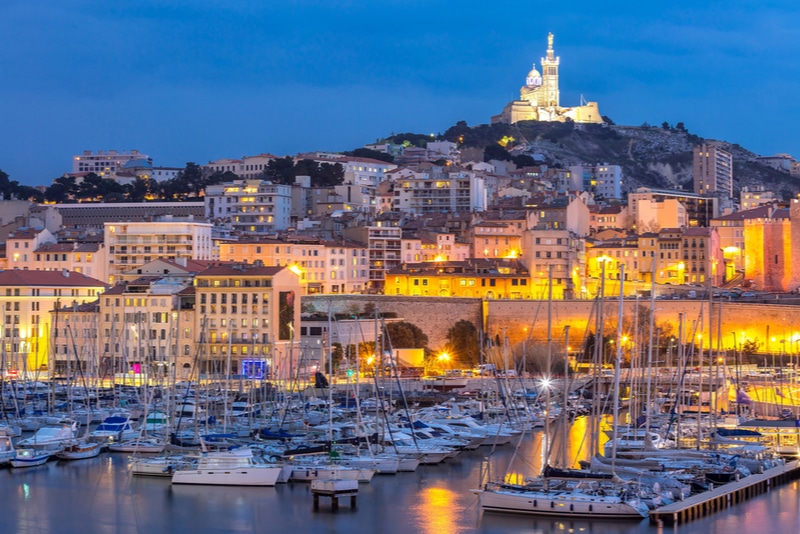