15 Best Things to do in Bern (Switzerland) 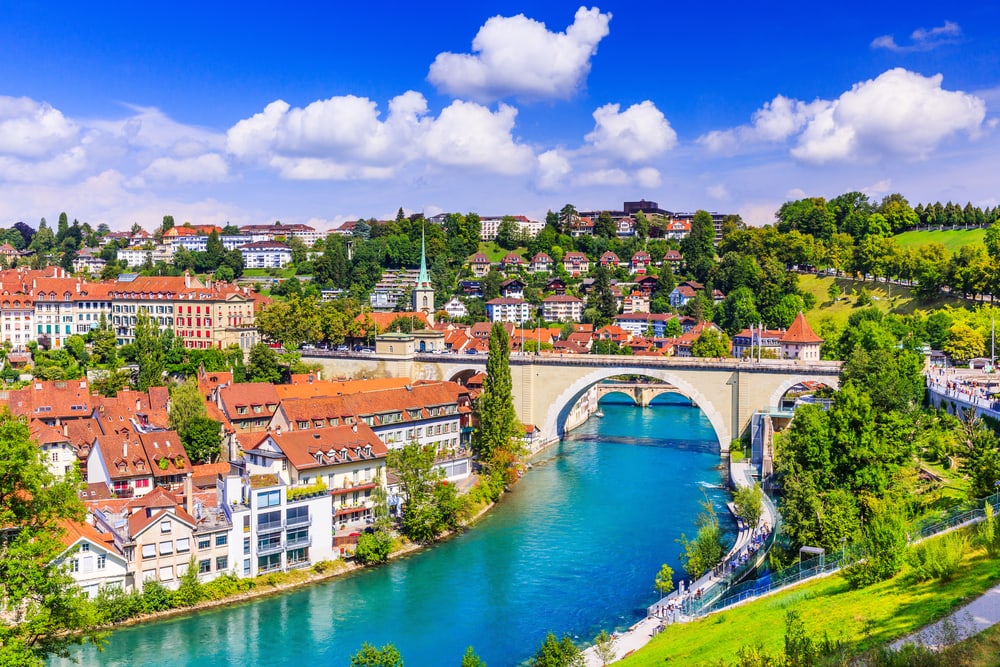 Bern is the capital of Switzerland and its historic old town has been listed as a UNESCO World Heritage site since 1983. The city is by the Aare river, and there are plenty of things to do in Bern as a tourist.

Zytglogge is part of the UNESCO World Heritage Site “Old City of Bern” and is one of the main landmarks of the city serving many different purposes throughout its history.

The Zytglogge was used as a guard tower, clock tower, as well as a prison. One of the highlights of the tower is its huge astronomical clock that characterizes its façade. It was built in the 15th century and is one of the most impressive of its kind. 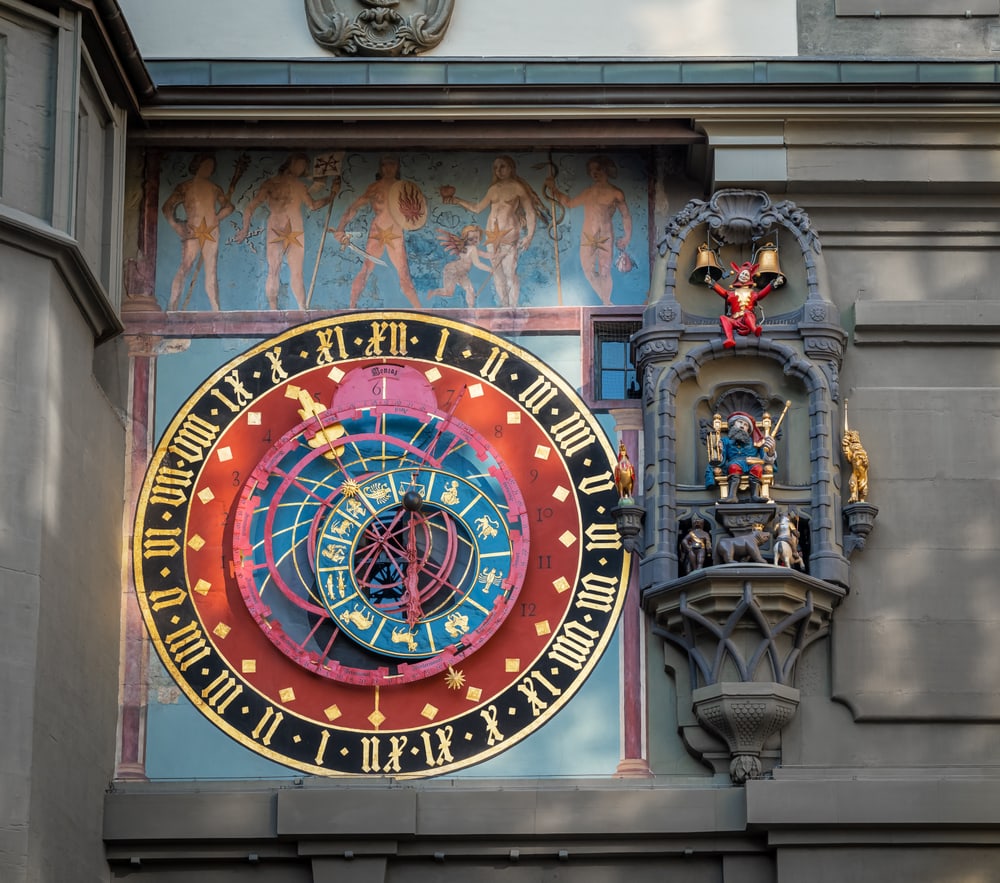 Méret Oppenheim Fountain is quite bizarre and is designed in a unique way. The fountain is shaped in a way that supports overgrowth which gives the fountain its mysterious appearance.

The fountain is often called “The Spiral Column” due to its shape and is made entirely of concrete and aluminium. Words can not do it justice, you will have to check it out for yourself. 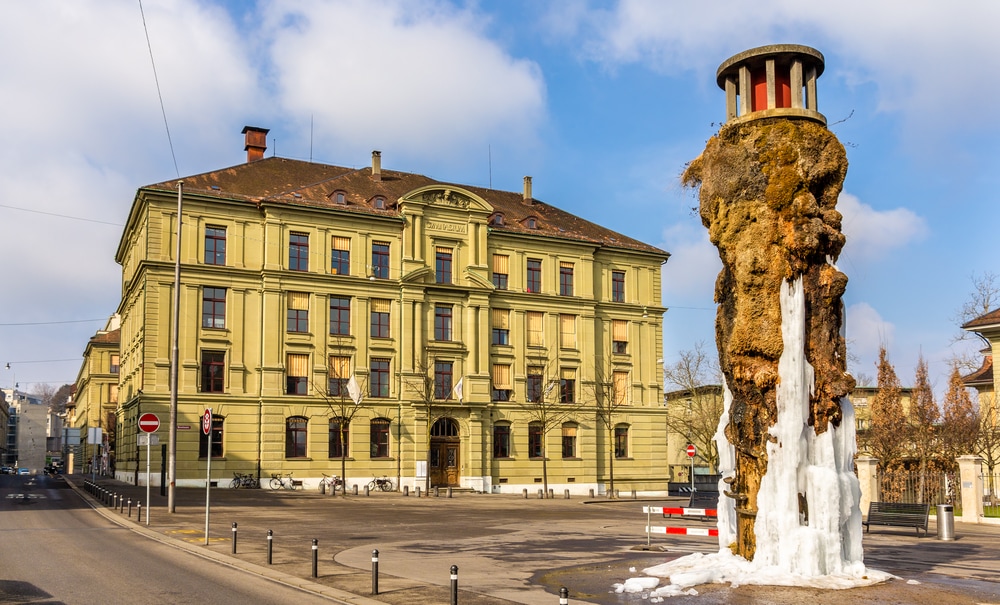 Bern’s Old Town is listed as a UNESCO World Heritage Site and is without a doubt the city’s biggest attraction. This historic neighborhood is completely surrounded by the River Aare and, with its well-preserved architecture, almost seems like the set of a Medieval movie.

The Old Town features many churches, fortification towers, and also interesting museums like the Einstein House. Bern’s Old Town is also an important commercial center and offers a wide array of restaurants and nightlife venues. 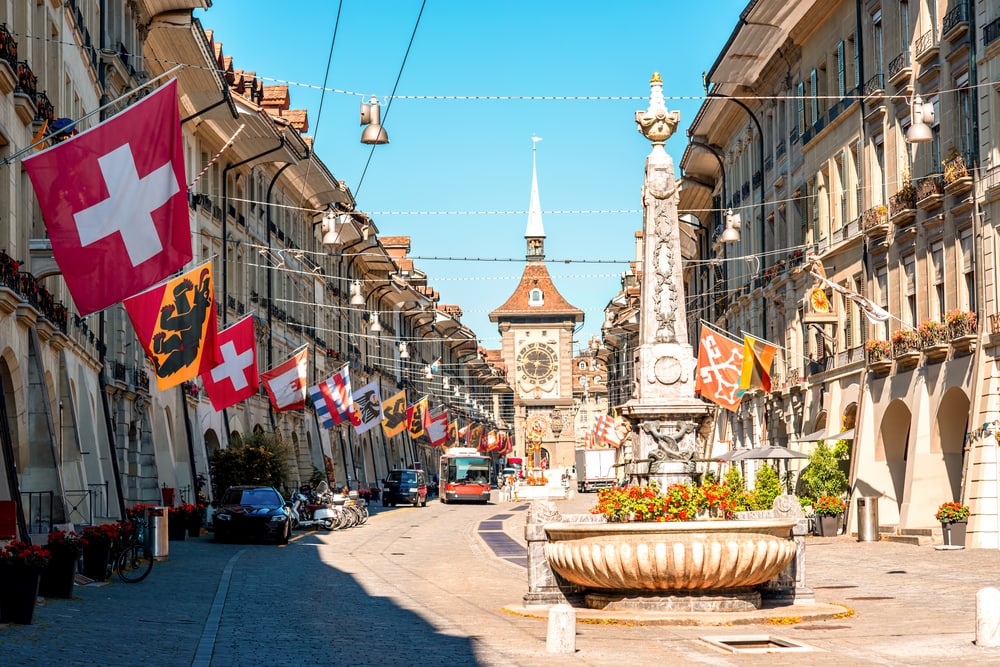 The Cathedral of Bern (Berner Münster)

The Cathedral of Bern is Switzerland’s tallest church, featuring an impressive spire rising to over 100 m. The Gothic structure is of marvelous architectural beauty and offers some of the most beautiful ceiling paintings and windows in the world.

But the Berner Münster, as it is known in German, also offers fantastic views from its accessible clock tower which make coming here a highlight for the panorama alone. 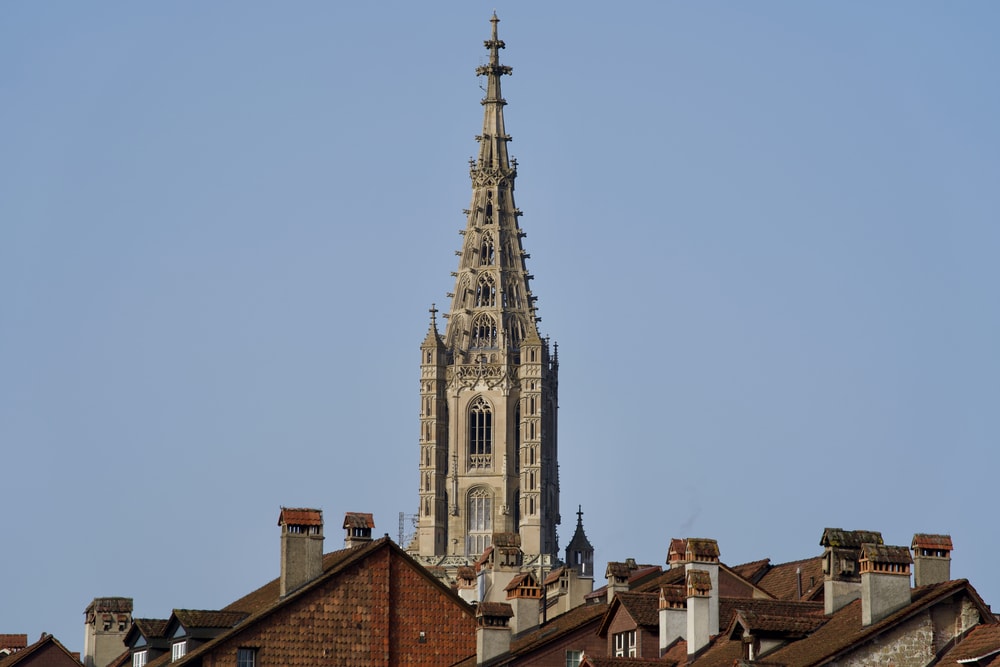 The Rose Garden is situated on a hill overlooking Bern’s Old Town and offers beautiful greenery as well as fantastically maintained flower beds. There is no better place in Bern to sit down on a bench and enjoy the scenery than here.

Apart from its natural beauty, there is also a beautiful fountain found here as well as a playground for children and a restaurant known all over Bern for its delicious cuisine. 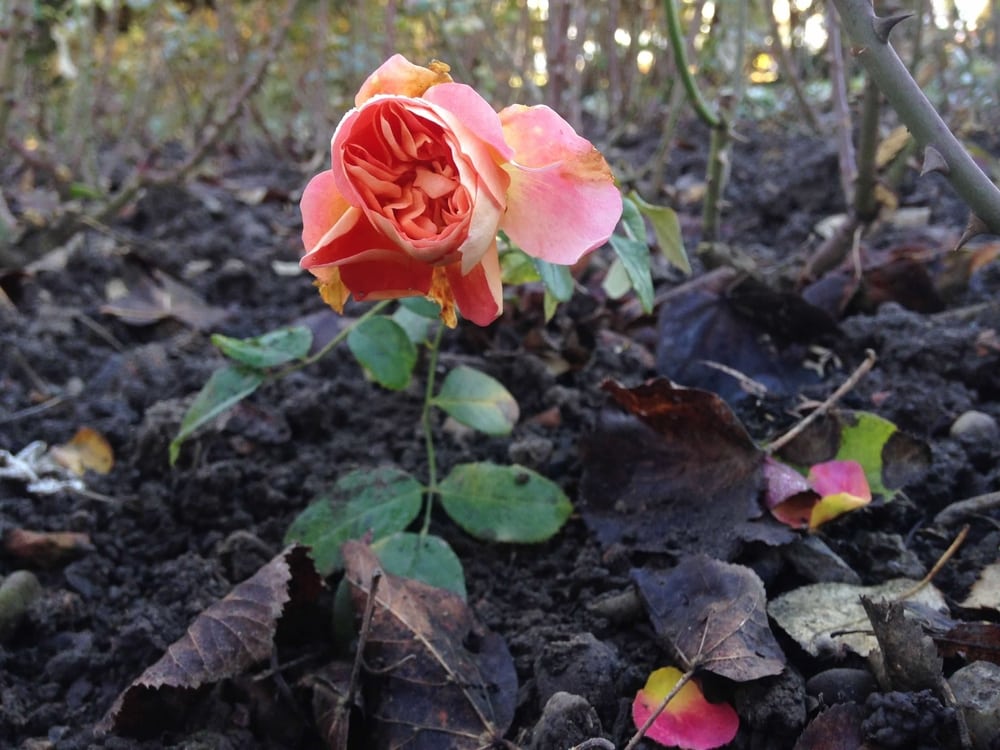 Einsteinhaus is located right in the center of Bern’s Old Town and is a great spot to learn about the famous scientist Albert Einstein.

The museum is located on the same floor Einstein rented when living in the city and offers a wealth of information explaining the life story of Einstein and his scientific breakthroughs.

Many of Einstein’s original furniture pieces have been restored and there are also many photographs and books found here, making history come alive. 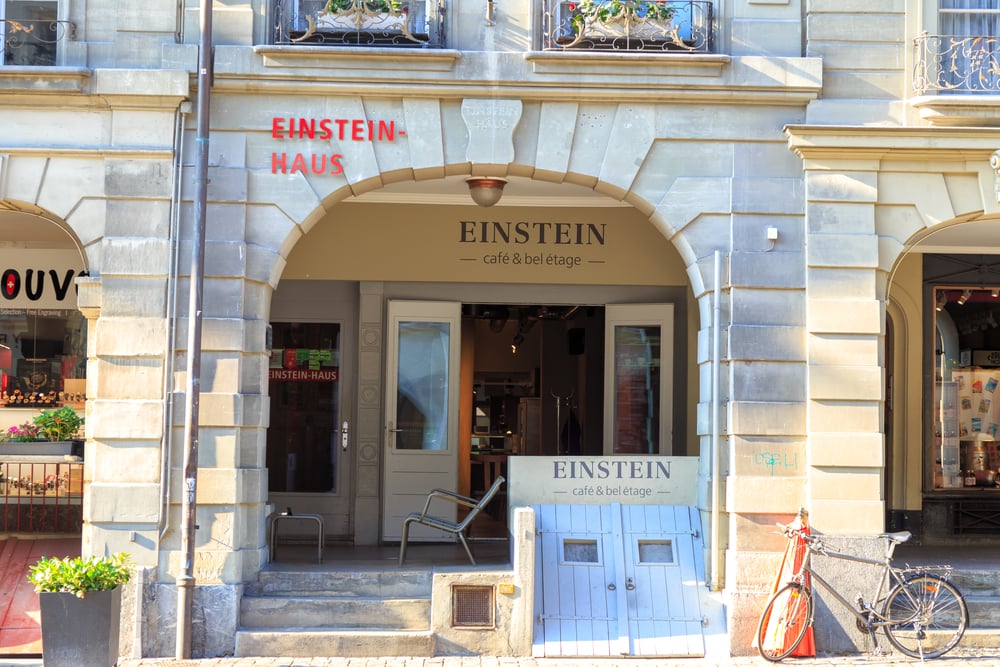 The Klingende Sammlung is another great museum found in Bern’s Old Town. It is dedicated to the display of historical woodwind and brass instruments and lays a special focus on the 18th and 19th centuries.

The Klingende Sammlung is a great place to learn about how symphony orchestras are created. The museum also acts as a research center as many international scholars come here to study musical instruments.

The Aare River is an ideal place for boat tours allowing its participants a new perspective on the city and its fantastic sights. The Aare is often considered the most beautiful river in Switzerland and is without a doubt a very romantic place.

The easiest way to take part in a cruise is by either buying a ticket from a local travel agent or going online and searching for a cruise that suits your needs. Some cruises take you around Bern but there are also multi-day trips that lead further. 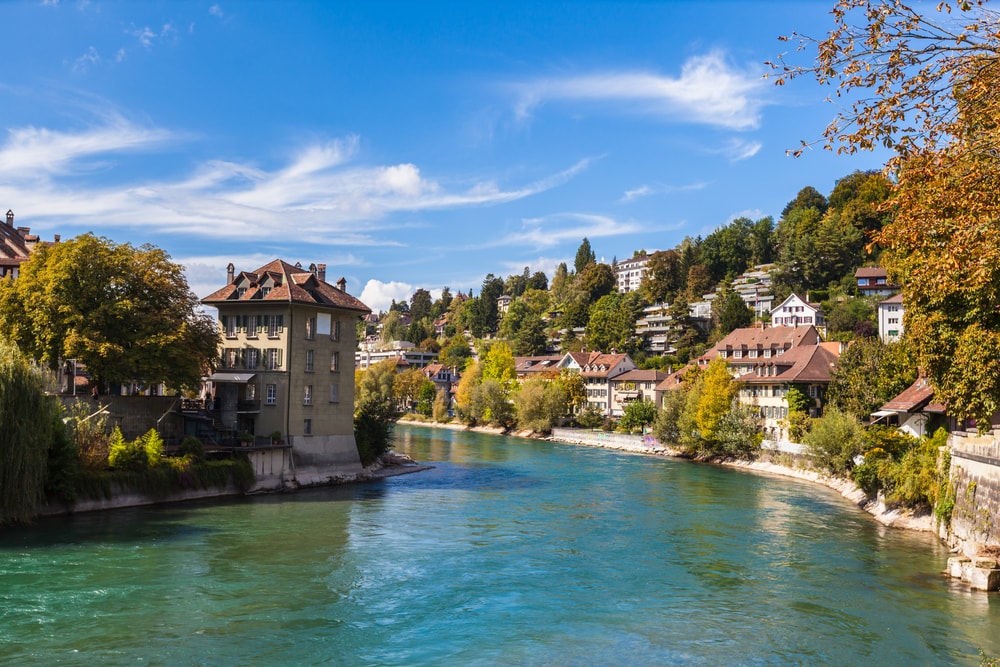 Bern’s Historical Museum is one of the biggest historical museums in Switzerland and showcases the history of Bern from prehistoric times to the present but also displays collections from all around the world.

The museum is situated in a marvelous medieval castle surrounded by gardens. It was built in 1894 and has been one of the city’s most beautiful buildings since then. History buffs shouldn’t miss this great chance to learn about Switzerland’s history. 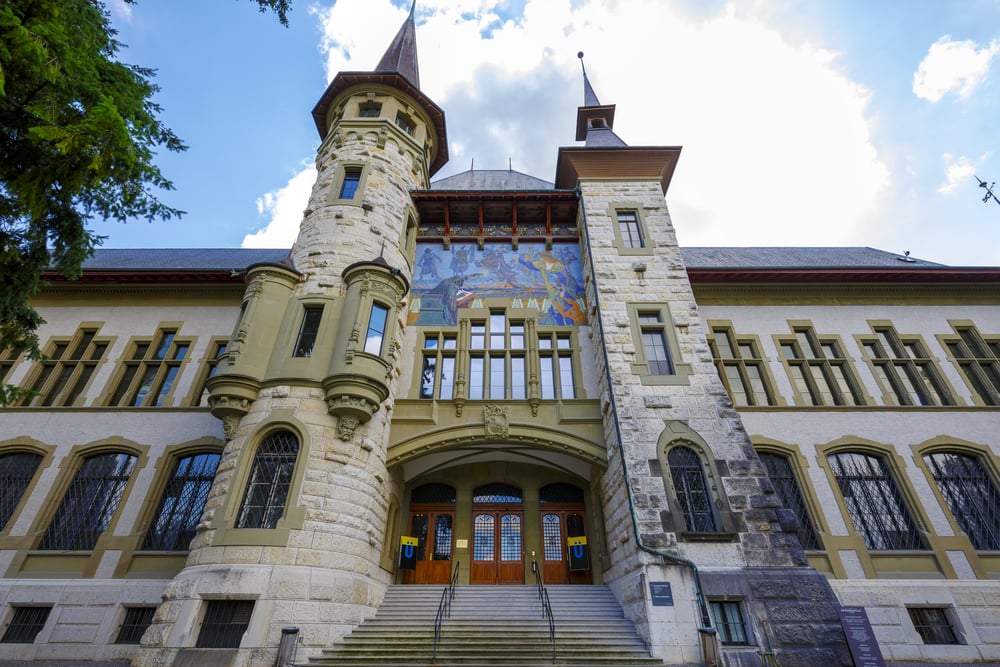 Bundeshaus (or Federal Palace in English) houses the Swiss Federal Assembly and the Federal Council making it the heart of Switzerland’s political administration.

The highlight of the Bundeshaus is its fantastic north facade that is visible when standing on the grand Bundesplatz (Federal Square).

The site is accessible to the public only on guided tours that lead visitors around the most important rooms of the structure. It is also possible to watch parliamentary debates which can be very interesting. 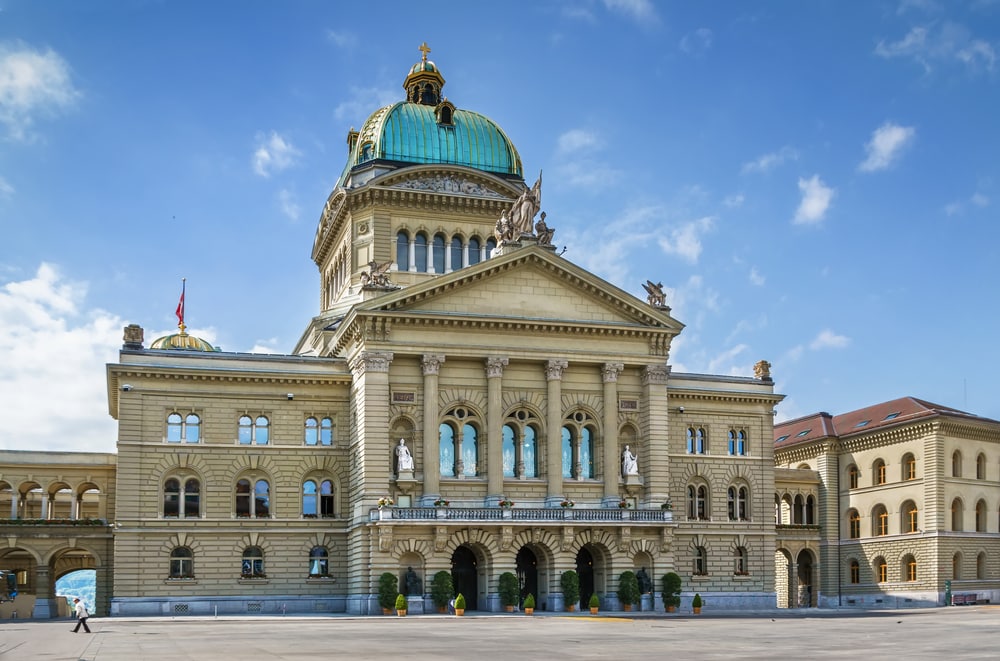 SC Bern is one of the city’s most popular sports clubs and has won the national ice-hockey league an impressive 16 times. Sports fans shouldn’t miss the opportunity to step into the epicenter of European ice hockey when coming to Bern.

Not only is the SC Bern extremely successful it is also the most-watched ice-hockey team in all of Europe and welcomes, on average, more than 16,000 people to its home games.

Art aficionados will find Bern’s Musem of Fine Arts one of the highlights of the city. The museum was inaugurated in 1879 and holds artworks from the Middle Ages to the modern era.

There are more than 3,000 paintings and sculptures found here as well as 48,000 drawings, prints, and photographs. Amongst the most famous artists represented in the Kunstmuseum are Pablo Picasso, Ricco Wassmer, and Paul Klee.

The very modern Zentrum Paul Klee was inaugurated in 2005 and can be considered the most impressive modern building of the city.

As the name suggests, the art center is dedicated to Paul Klee, one of the most prominent inhabitants of Bern that is world-renown for his very individual style of art that was influenced by Expressionism, Cubism, and Surrealism.

The Zentrum Paul Klee holds around 40% of the artist-created works but also educates its visitors about the private life of the artist making use of a large number of pictures, books, and personal artifacts.

The Child Eater of Bern

The Kindlifresserbrunnen is a macabre fountain located at Bern’s Kornhausplatz. It dates to the 16th century and, as the name suggests, depicts a child eating man.

There are many different theories about the fountain, some suggest it is supposed to represent a Jew, and others think it is based on Alpine folklore. No matter what the case may be the fountain is an interesting site featuring an interesting frieze.

The fountain has also featured in the novel L’ogre by Jacques Chessex underlining its mysterious nature. 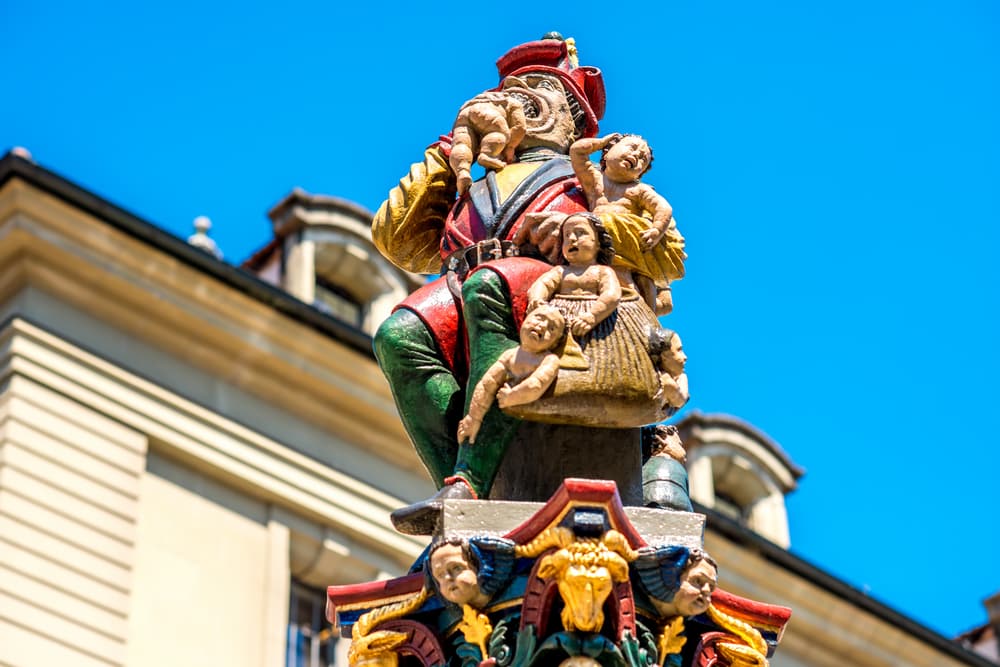 Gurten is one of the most important recreational hotspots for residents of Bern. The mountain reaches a height of almost 900 m and features a viewing tower offering a great panorama of Bern, the Alps as well as the Jura Mountains.

The Gurten is great for all kinds of outdoor activities such as hiking or cycling and also offers great infrastructure including a hotel, restaurant, and plenty of playgrounds. There is no better place to relax from a stressful week than by escaping the city and coming here. 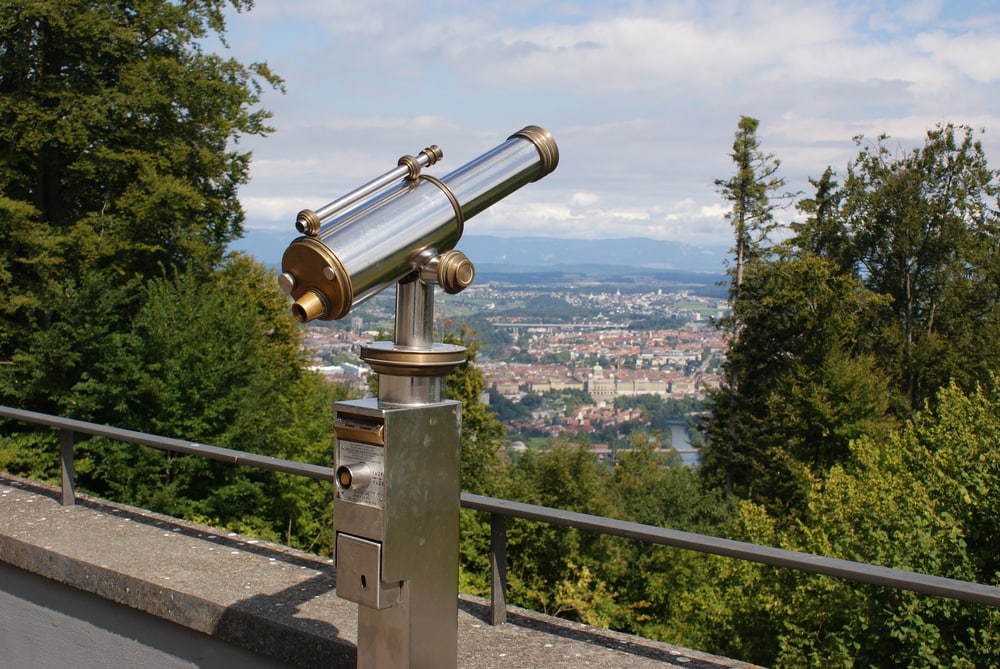 Want more recommendations on places to visit in Bern? Leave a comment below! 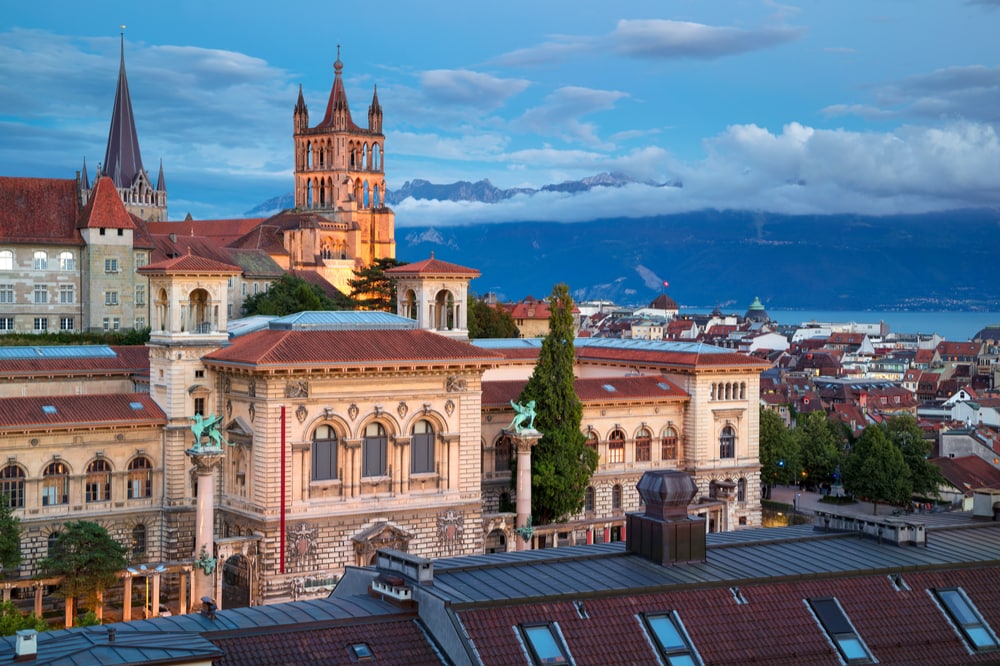 15 Best Things to do in Lausanne (Switzerland)
← Read Last Post 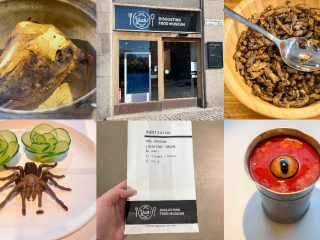