25 Swedish Words that every foreigner should learn 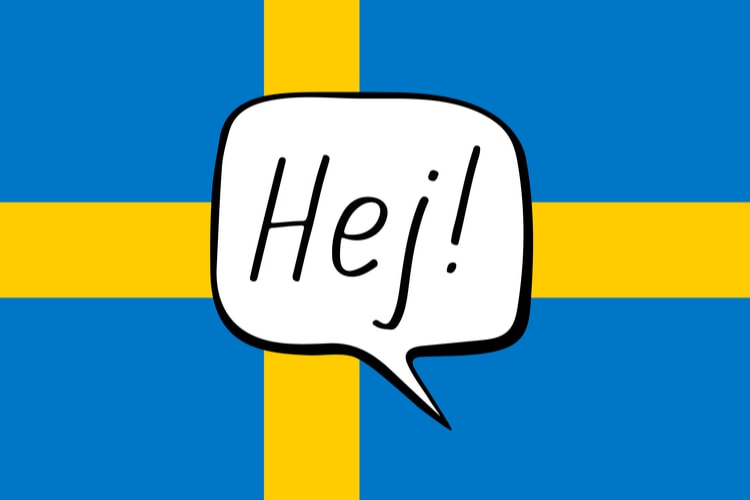 There are many Swedish words that have no equivalence in English or other languages, and those are usually integrated deeply into Swedish society.

So in order to get to know the Swedes deeper and feel more integrated, learning these Swedish words will definitely make a difference, no matter if you’re traveling or moving from abroad to Sweden.

Learning Swedish phrases and words is more fun than necessary though since almost every Swede speaks English.

Lagom means just about right, but it goes beyond that, and it’s a word stuck to the bones of many Swedes. It’s the perfect amount of anything, not too much and not too little.

Somehow, every Swede will know what other Swedes mean when they reply with Lagom.

Example use: Someone asks you how much you want of something, let’s say how much salt should I put in the food? A Swede would typically reply to this by saying “lagom” and the other person (if a Swede) will know exactly how much salt they should add.

This might not be an essential word to learn, but it’s one of the funny words in Sweden that doesn’t exist in English. The literal translation of Skogstokig would be “Forest Crazy”.

How to use it in a sentence: Jag blir skogstokig på grannens katt som bajsar på min gräsmatta (I’m so fed up (raging) with the neighbor’s cat, who poops on my grass)

Fika is a Swedish word that is more of a concept rather than a simple word. It basically means having a coffee with friends, family, colleagues, or by yourself. Fika usually involves socializing of some sort and a break from what you’re doing.

Most will also eat some cookies or pastries with their Fika.

How to use it in a sentence: Jag fikar med mina vänner (I’m having a fika with my friends). 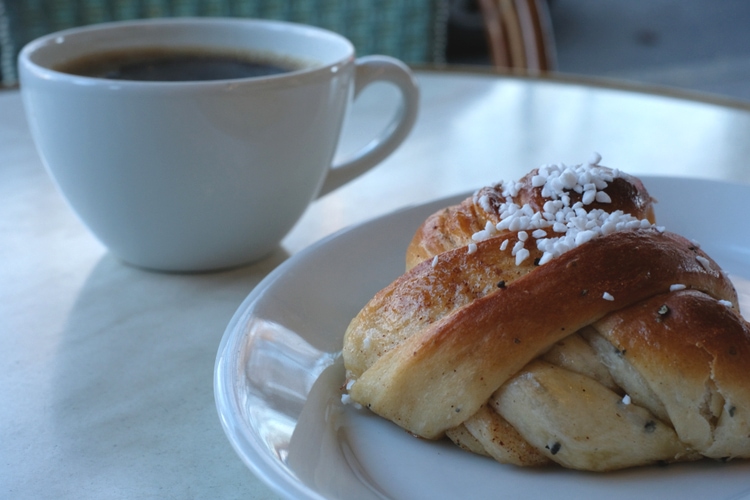 This is slang from the English word Nice and literally means that something is nice. However, it does have an added strength and a relaxed vibe, and you usually say it when describing something that is really nice.

How to use it in a sentence: Vilket najs väder det är idag (The weather is really nice today).

Mysa is the Swedish word for “to cuddle” and it’s great to know if you’re dating a Swede. You can also use the word “Mysigt” to describe that something is cozy.

How to use it in a sentence: Ska vi mysa? (Do you want to cuddle?).

Hinna is used to describe that you won’t make it in time.

How to use it in a sentence: Jag hinner inte med tåget (I won’t make in time to the train). 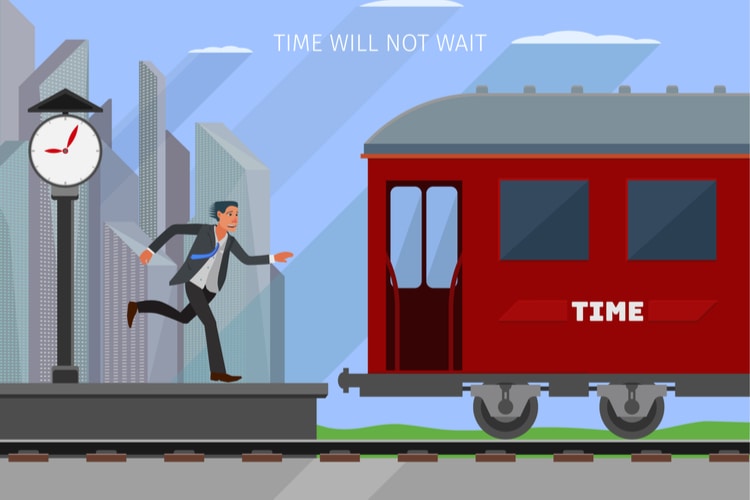 If you’ll have kids in Sweden, this Swedish word might come in handy. Vabba is slang for “Vård av Barn” and it basically means “to be at home because your kids need taking care of, but you still get paid for it from the government”

When someone “Plankar” they don’t pay for public transportation, usually by not buying a ticket or jumping over the barrier. 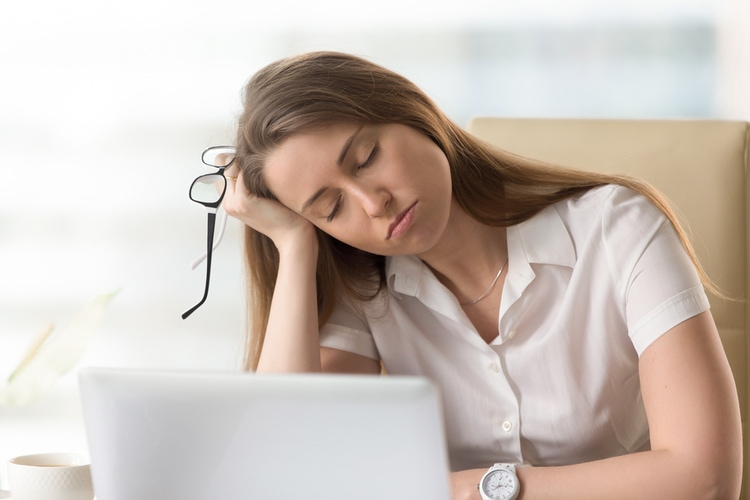 Duktig is the Swedish word for being good at something or being talented. It can also be said about someone when they have done something good or in a sarcastic way when they finally did something they should’ve done a long while ago.

This is the Swedish word for receiving money after recycling your plastic bottles and cans. When buying a Coca Cola or any other soda or beer, you’ll pay a fee called Pant, which will be returned to you when you recycle the can or bottle.

Water temperatures rarely reach more than 23 degrees, and during winter it can even drop around zero. So remember, if you’re not going for a swim in Sweden, you might be called a Badkruka. 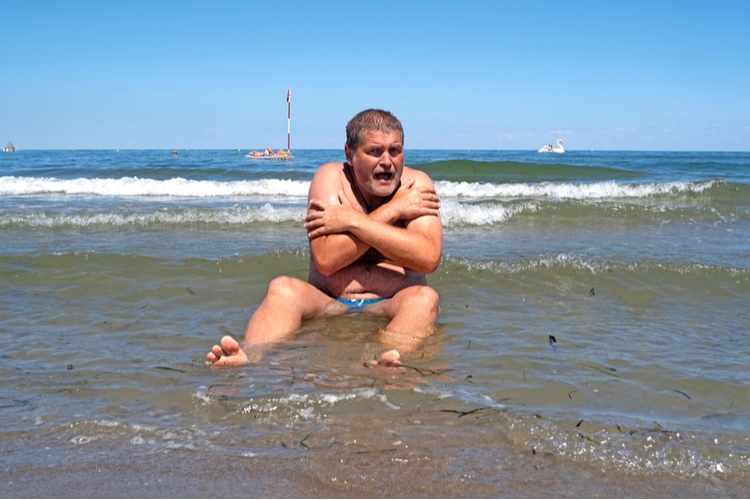 You’ll hear this word a lot when speaking to Swedes from the younger generations. It basically means “kind of” or “almost” and is usually a filler word when describing something.

The word “Typ” could also refer to a certain type of something.

Many foreigners will confuse this word as “F**K this” because the pronunciation can sound similar to an English speaking person. However, it means “actually” and it’s used quite frequently by Swedes.

Example use would be “Det är faktiskt sol idag” Which would translate to the sun is actually shining today, and could be an answer to if someone asked if it was raining.

Liksom is another Swedish filler word which is used quite frequently by younger Swedes. It means “kind of” and you can use it when explaining something.

This is used to explain that something is hard or tiresome to do. But it could also be used to describe an annoying person.

How to use it in a sentence: “Du är så jobbig när du klagar”, which means you’re so annoying/tiresome when you’re complaining.

The literal translation for this would be “sick house” and it’s the Swedish word for a hospital. No matter if you’re a tourist or a future expat, this word might come in handy sometime.

Apotek is the Swedish word for Pharmacy, and you can find these everywhere with a sign saying “Apotek”. 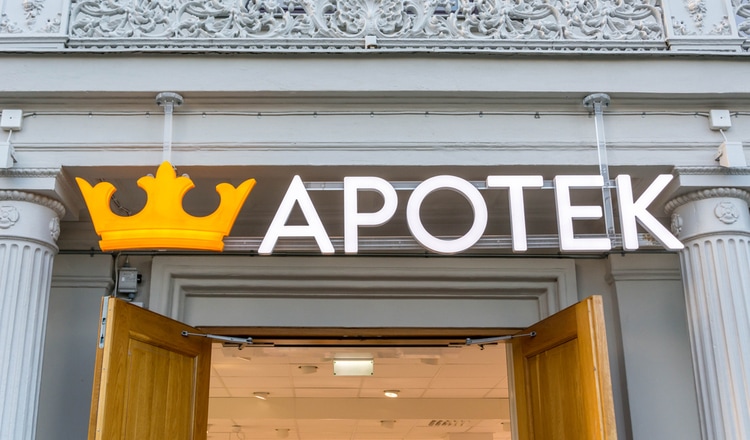 The above-mentioned words in Swedish are more advanced but are good to know for understanding Swedish society. And the ones below are more basic Swedish words for everyday use.

How to translate words in Swedish

Google Translate is actually quite reliable when it comes to translating Swedish Words into English or vice versa. As long as you enter a single word it will display the correct word in most cases.

However, it’s also worth noting that several words in Swedish can have various meanings even though it’s spelled in the same way.

What does Asså mean in Swedish?

“Asså” is a colloquial spelling of “Alltså” which has various meanings depending on the situation. It can be used as a filler word when you don’t know what to say before speaking.

It can also mean “Thus”, “That is” or be used to start explaining how something is, such as “look.. It’s like this”.

What is the Swedish word for love?

The Swedish word for love is “Kärlek”.

Which is the longest word in Swedish?

Nord-väster-sjö-kust-artilleri-flyg-spanings-simulator-anläggnings-materiel-underhålls-uppföljnings-system-diskussions-inläggs-förberedelse-arbeten is the longest word in Swedish.

Swedish words can often be put together to form a different meaning, an example would be Husbilskompisar, which is a composite of Husbil + Kompis, which means friends with a campervan/RV.

What is the Swedish word for happy?

The Swedish word for happy is “glad” or “lycklig”.

Do you want to learn more Swedish words? Leave a comment below! 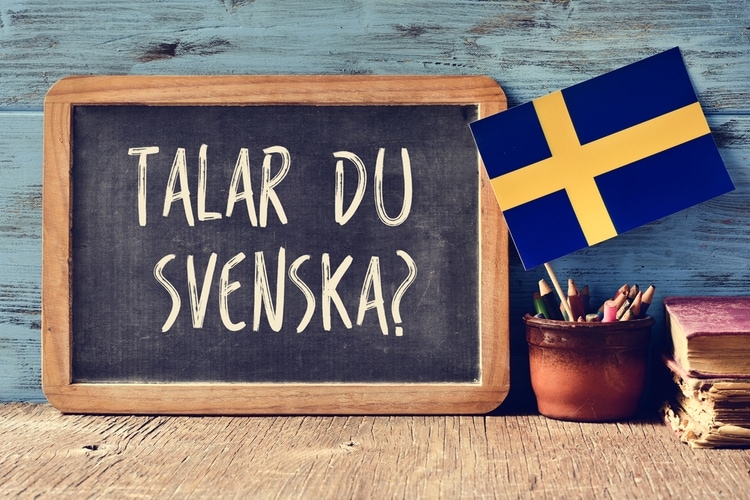 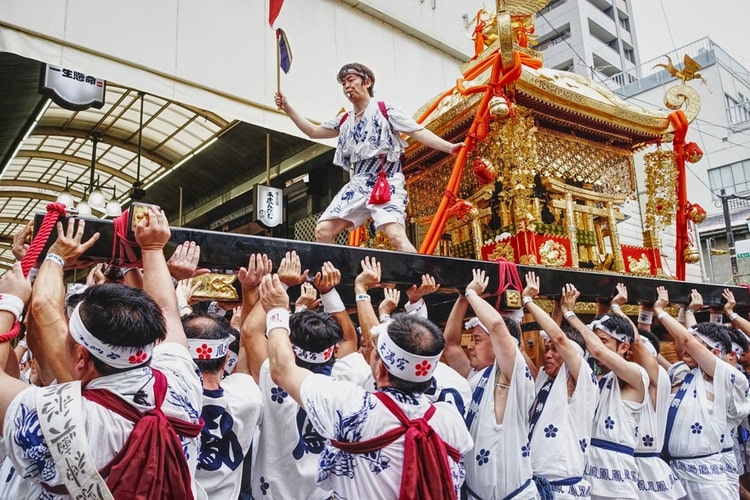 I am trying to trace my Swedish ancestry and looking at the Swedish Household records 1750 to 1900 for information.

Could you please describe how to pronounce the Swedish alphabet.

Yes, I would like to learn more Swedish words and sentences

Alright, anything particular that you want to learn? So, that I can translate them properly for you with an explanation.

Indeed, great addition on how to use those two words. Just to clarify for international readers, "Jag slutade tidigare från jobbet så nu hinner jag handla innan jag åker hem" means I was able to finish my work earlier, so now I have time to go to the store before I go home. And “Klart vi hinner ta en öl innan filmen börjar” can be translated as, of course, we have time to get a beer before to movie starts.