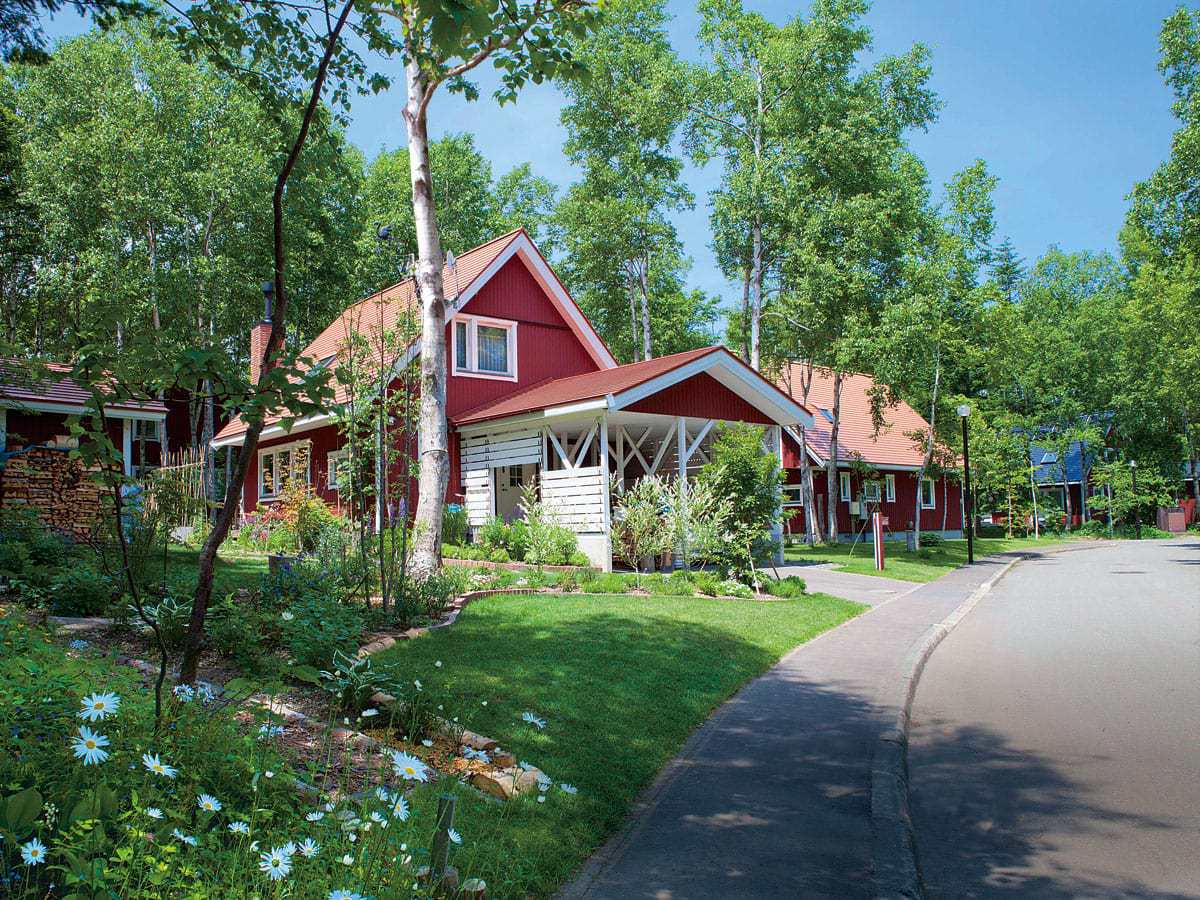 Did you know that there’s a town called Sweden Hills in Japan? It’s a mini-version of Sweden with traditional houses on the island of Hokkaido. The residents even celebrate midsummer, have crayfish parties and follow Swedish traditions.

The town is located in Tōbetsu, about 30 kilometers from Sapporo, which is the largest city on Hokkaido. If you didn’t know that you were actually in Japan, you could mistake yourself and think that you’ve ended up in Sweden. 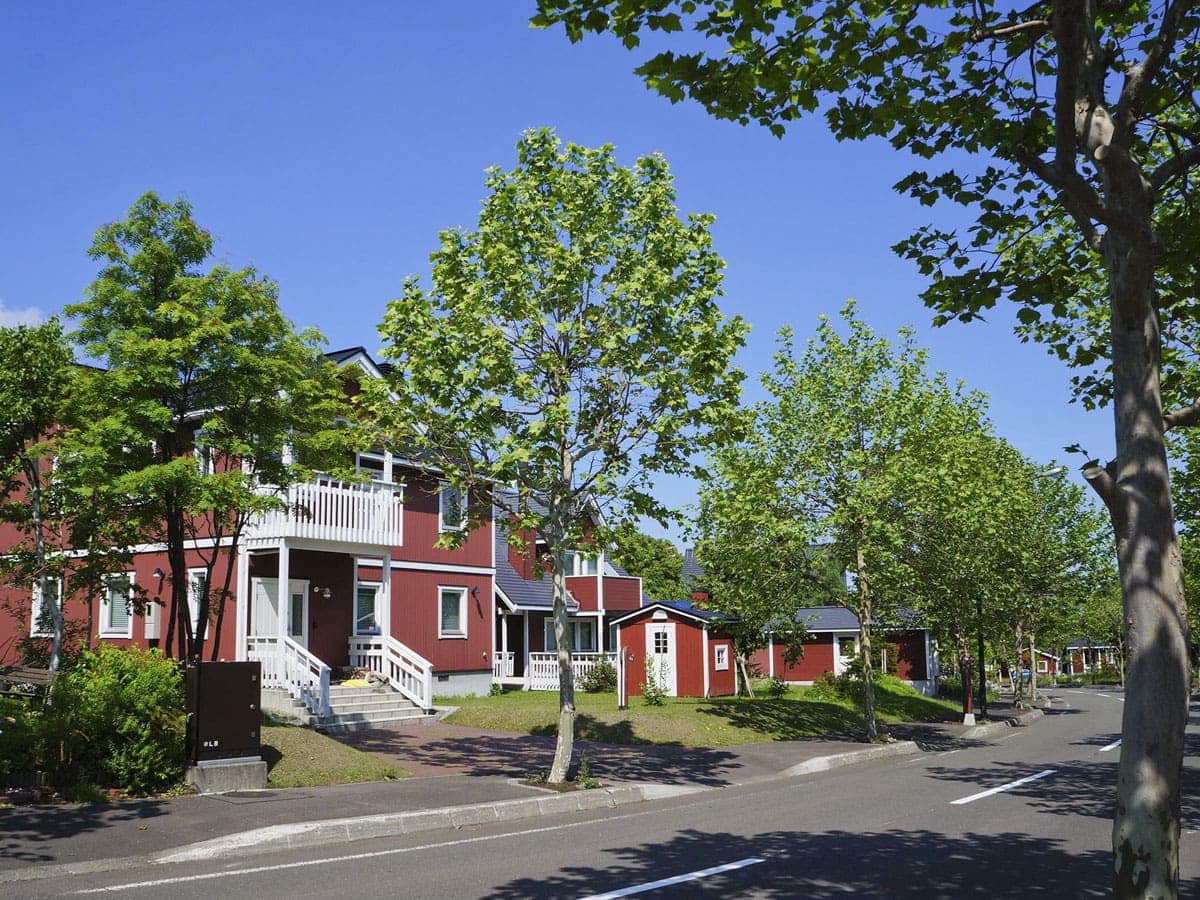 The wooden houses are painted in Falu red, which is the most typical color on traditional houses in Sweden. Details such as steps, doors, window carves, etc are almost always pained in white.

It’s truly remarkably similar to idyllic village towns in Sweden in the province of Dalarna. But it’s not only the houses that are similar in Sweden Hills but also nature itself. The trees and landscapes are very similar as well. 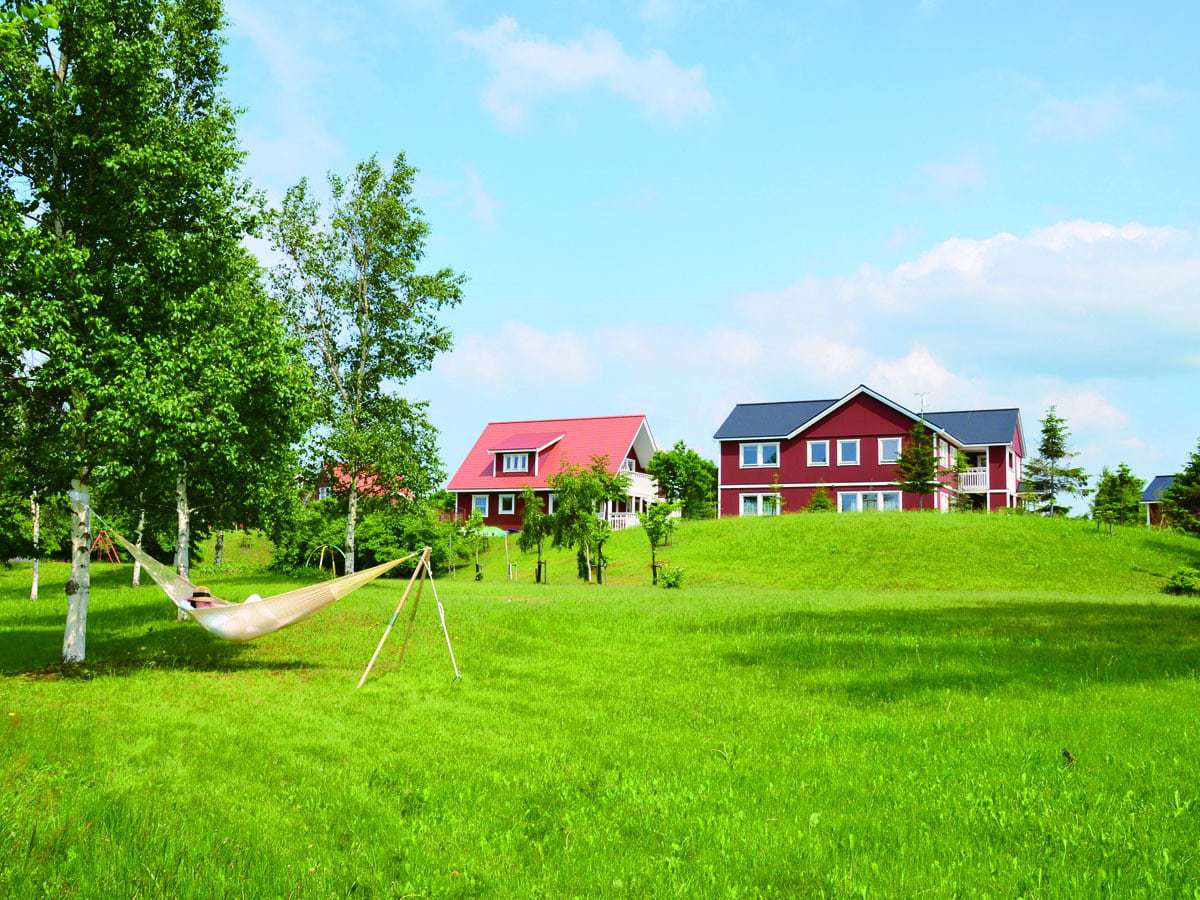 The history of Sweden Hills

The idea to build a Swedish-styled town came to be after a Swedish ambassador visited the area. He noted that the climate and surroundings were very much like Sweden.

Shortly after his visit, the work of creating Sweden Hills (スウェーデンヒルズ Suēden Hiruzu) was started and since then over 1000 inhabitants have moved here. The planning of the town started in 1979 and the construction started in 1984.

About 1/3 of the homes are vacation homes, and 2/3 are residential homes with permanent residents. The holiday homes in Sweden Hills can be rented for a period of 2 weeks and up to 2 months.

The red wooden houses were built in Leksand in Dalarna, Sweden by a Japanese company and were later on shipped to Japan. Today, there are over 420 houses with the iconic design of Swedish houses.

30 years later, Sweden Hills has become an idyllic place where the locals have embraced both the language and Swedish traditions. The local residents enjoy having a Fika, celebrating midsummer, Lucia and crayfish parties. Nearby, there is also a golf club.

People can also buy handicrafts and glasswork from Sweden at the Swedish Center Foundation, which is located in the town center. 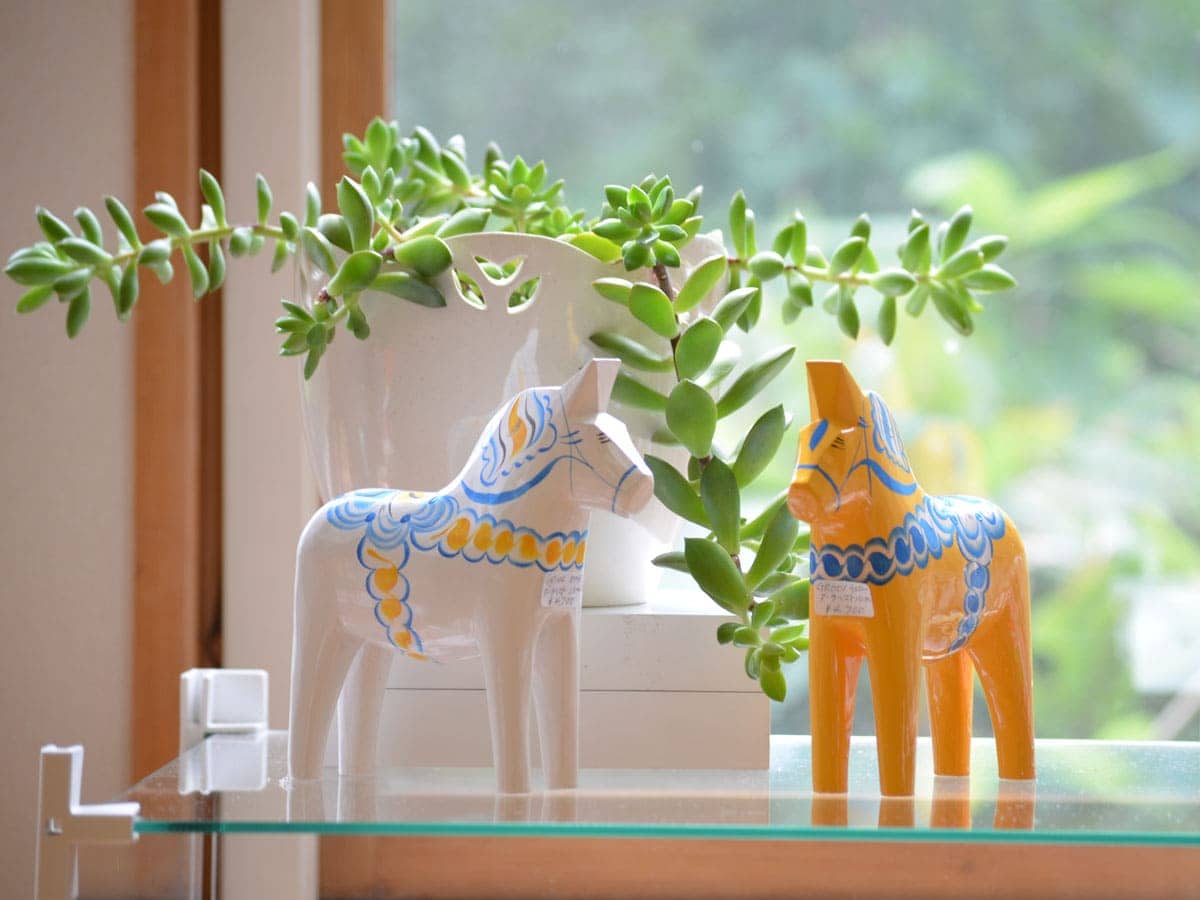 Furthermore, the town has been named as a sister town to Leksand in Sweden. Visitors are also reminded that this is not a tourist destination. It’s a residential area where people are living, so please be mindful and respect the privacy of the residents when visiting.

The concept on the website and the main selling-point for residents to move here is to get the perfect quality of life.

Most people who’re living in the town are retired who moved away from big cities to settle down in a quiet area. When the resident Maki Tago saw the town for the first time, he thought it was a bit odd to see that all houses were identical.

He said that it looked like Disneyland and somewhat artificial since this design concept isn’t very common in Japan. In the video below, you can go on a quick ride through one of the addresses in Sweden Hills.

My thoughts about Sweden Hills in Japan

As a Swede, I find it very fascinating that they have created a mini-version of Sweden in northern Japan. In some ways, this place is even more Swedish than Sweden itself and the residents take traditions seriously.

At Midsummer, you’ll see a traditional maypole and the locals will be wearing folk costumes. Even in Sweden, only a few places still put this much effort into Midsummer celebrations. You’re likely to see more people wear folk costumes here than in many Swedish cities.

The whole look and feel of the town remind me of a small town in the Swedish province of Dalarna. This combined with Japanese mentality, culture, and integrity makes a very interesting combination that I like a lot.

What do you think about Sweden Hills in Japan? Leave a comment below! 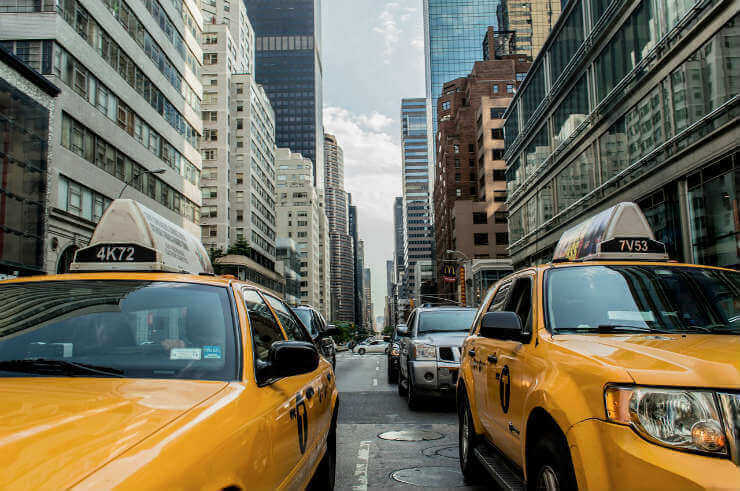 Top Things To Do In New York
← Read Last Post 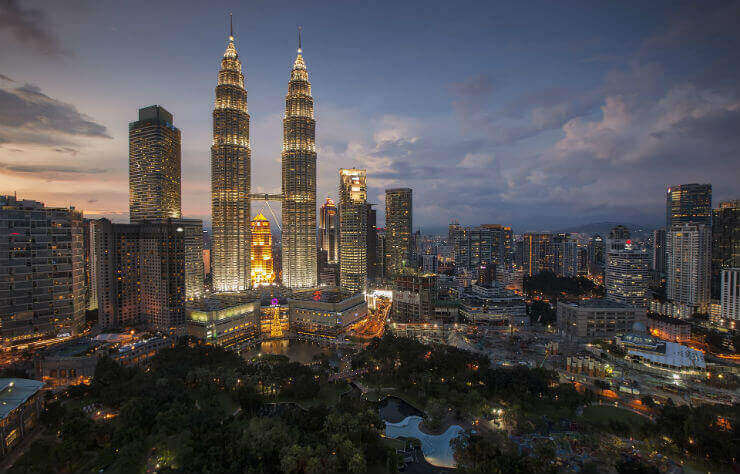 We bought a land for living there after our retirement. The management association here has so strict environmental maintenance standards that they are unparalleled elsewhere in Japan. Only Japanese who agree to the concept and want to live in a beautiful place like a town of Europe calmly would live in this town. Even there has always much snow in winter. The performance of houses built by a Japanese house builder with building materials imported from Sweden is very excellent. The town has once hosted the king of Sweden.

What (kind of) shops do they got there? Swedish? It had been great with with Ikea! ☕️😉 🇸🇪

I am Swedish my grandfather being born in Sweden and came to the us at the age of seven. I had a Swedish antique business and I have been many times but I have also had many Japanese students stay with us through the years and I love Japan coming there for a special wedding of one of our students and again and again. I would love to visit this Village. Wishing I could.i have been a Swedish folk artist for over 50 years....painted rooms for Ikea ,Swedish club seattle,worked with Country living mag and writing articles for magazines about swedish decorating...google my name for info...tack sa mycket

That’s so cool, I remember visiting a factory in Mockfjärd a decade ago with a very interesting owner. He made houses for Japan, the company if I remember right was named Tomoko houses and they exported their houses to Japan.

Well this is a refreshing post in such a time. I live in Japan as a Swedish American. I am hesitant to book international trips this summer. But this looks like a nice destination for me as domestic flight. tack så mycket