The Smallest States in the US 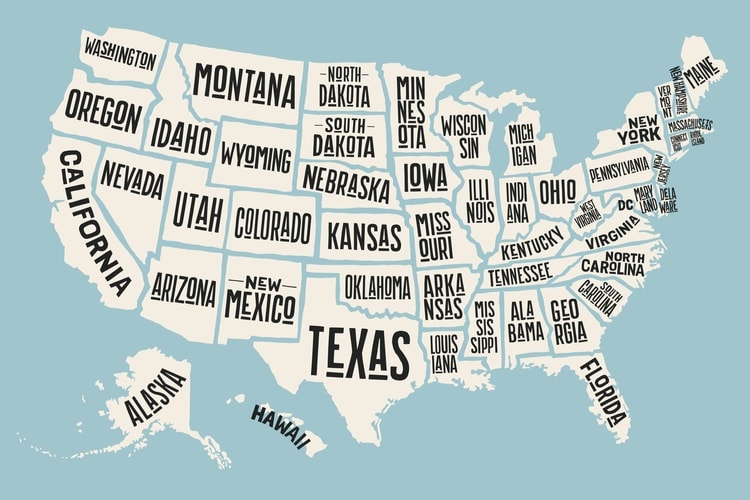 Which state is the smallest in the US?

Rhode Island is the smallest state in the US with a total area of just 1,544.89 square miles.

Rhode Island might be small, but it holds a great deal of American history. It was the first of the 13 colonies which renounced its allegiance to the British Crown. It is the smallest state in the US by size and the seventh least populated state.

It’s nicknamed “The Ocean State” and borders Connecticut in the west, and Massachusetts in the east. 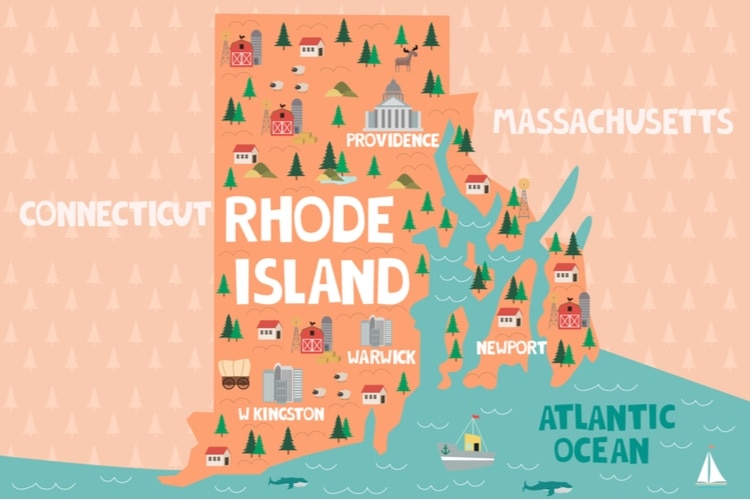 Delaware is the second-smallest state in the US with an area of 2,488.72 square miles, which means it’s almost twice the size of Rhode Island. It borders New Jersey to the east, and Pennsylvania and Maryland to the north and west.

Delaware was one of the 13 colonies who participated in the American Revolution, and on December 7, 1787, Delaware became the first state to ratify the Constitution of the United States, which gave rise to Delaware’s nickname as “The First State”. 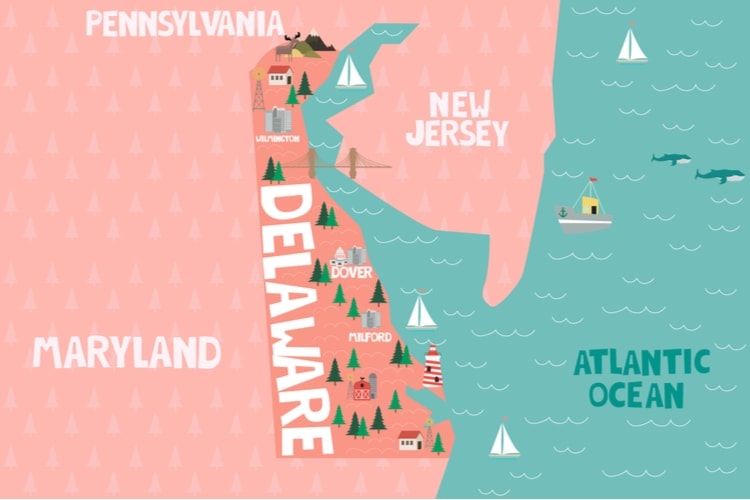 Connecticut is one of the smallest states in the US and it borders Massachusetts in the north, New York to the west and Rhode Island to the east. It has an area of  5,543.41 square miles. The first European settlers were Dutchmen and half of Connecticut was originally part of New Netherland.

Connecticut is the fourth most densely populated state, and is nicknamed “The Constitution State”. The Connecticut colony was founded by Thomas Hooker, which later established documents of Fundamental Orders, which is often considered as the first constitutions in America. 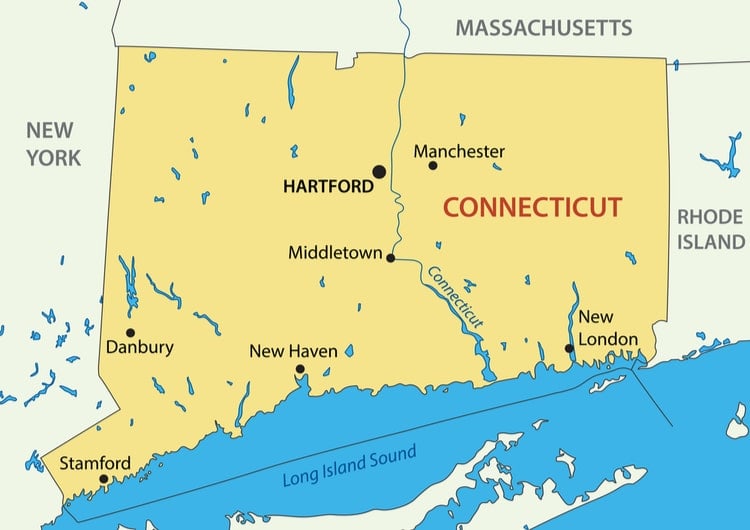 New Jersey is nicknamed the Garden State, and it borders the Atlantic Ocean as well as the US states of New York, Pennsylvania, and Delaware. The state of New Jersey has a total area of 8,722.58 square miles. It’s also the most densely populated state of all the 50 states, even though it’s the fourth-smallest state in the US. 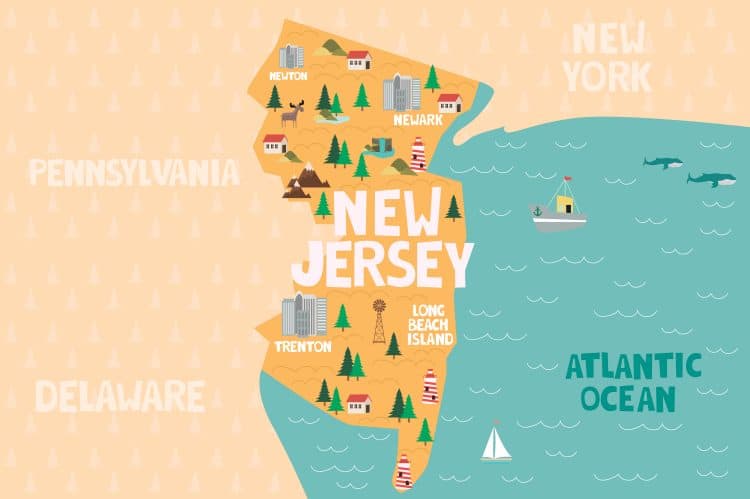 New Hampshire is the fifth smallest state in the USA with an area of just 9,349.16 square miles. It’s yet another historical state that was one of the 13 colonies. Before that, in 1776 it also became the first of the British colonies to become independent and establish its own government, free from the authority of the Kingdom of Great Britain.

New Hampshire is nicknamed the Granite State and is home to more than 1.3 million people. The state borders Canada (Quebec) in the northwest, and Maine to the east and Vermont to the west as well as Massachusetts in the south. 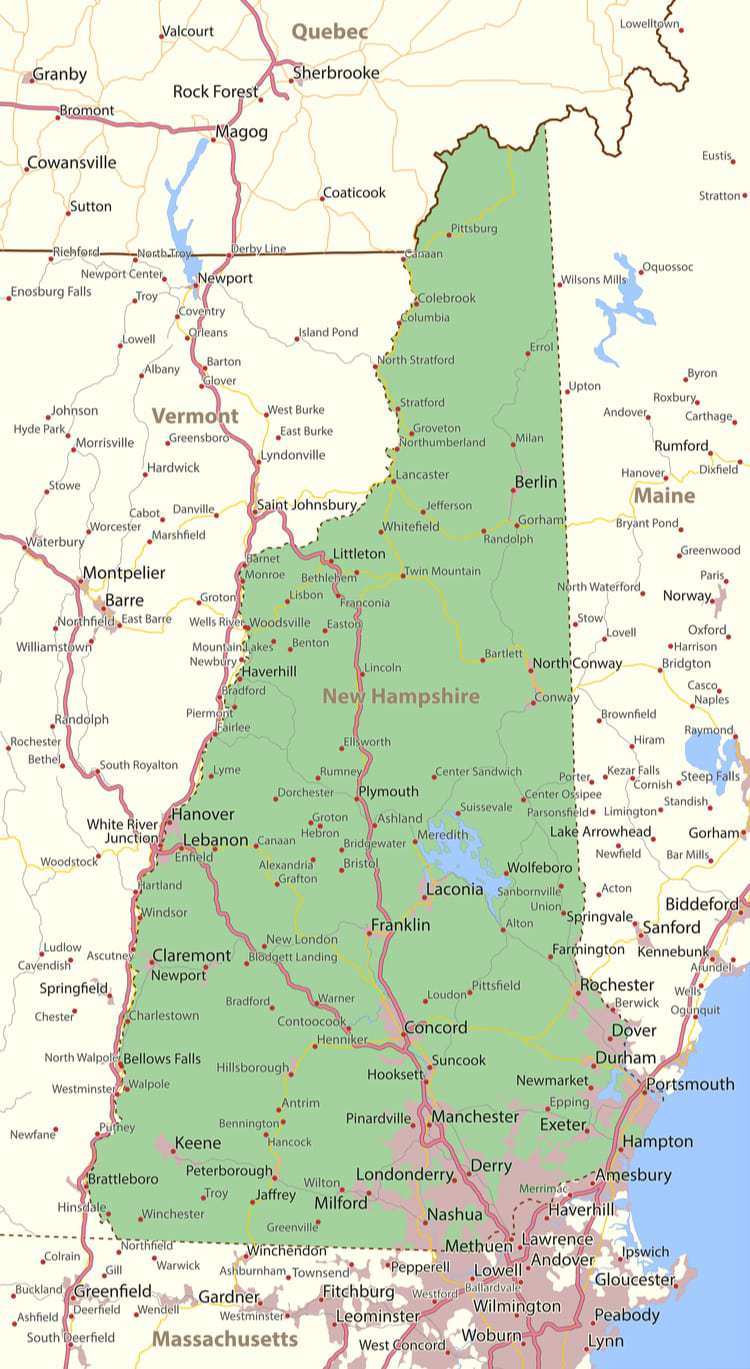 More about the Smallest States in the US

This is because the first colonies were founded on the East Coast from the 1600s and onwards. At the time of the new settlements, the western part was occupied by other world powers. Rivers were also used as borders frequently during this period, but after the purchase of Louisiana, that started to change.

The larger states in the west who were settled later were less densely populated, and a larger area had to be enclosed in order to justify the status as a territory and state.

List of the smallest states in the United States by area

Map of the Smallest States in the USA

Did you know about the smallest states in the US? Leave a comment below! 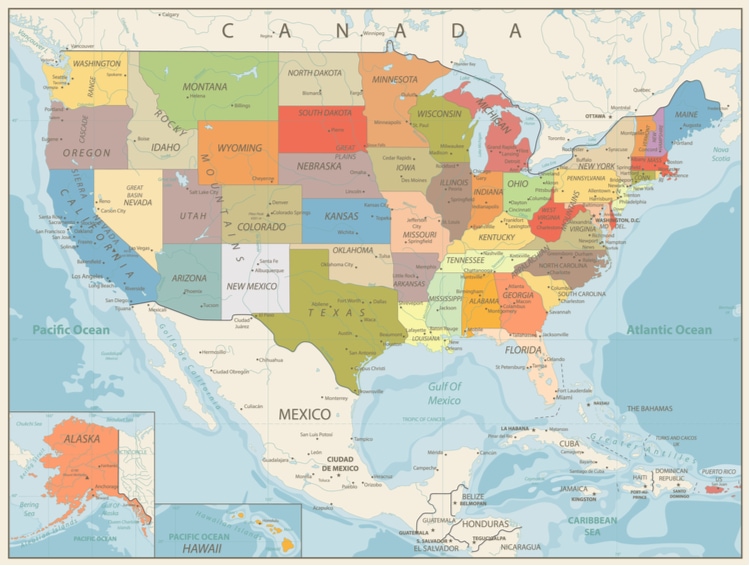 Largest States in the US by area
← Read Last Post 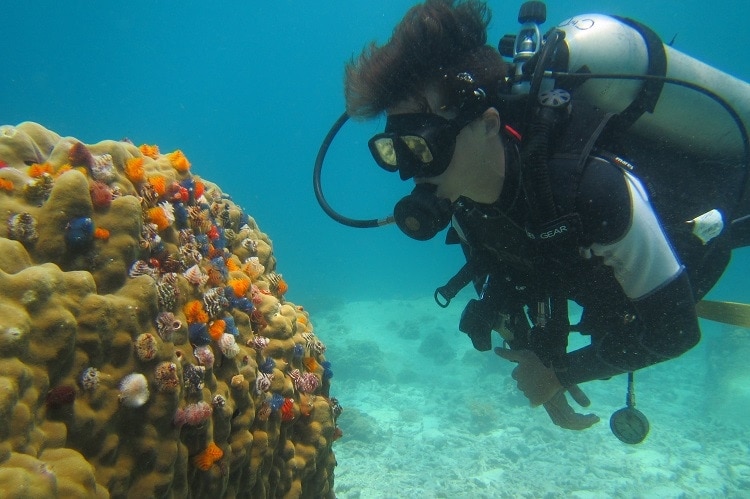