Shanghai Tower – Facts, Tickets, and Information for your visit 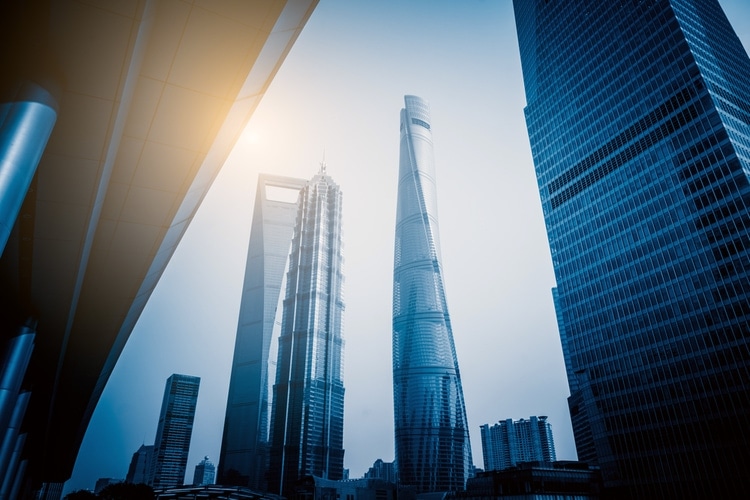 Shanghai Tower is one of the most iconic buildings in China and a major landmark in Shanghai. It has a total height of 632 meters (2,073) and 128 floors, making it the second-tallest building in the world or third if Tokyo Skytree is included on the list.

Furthermore, it’s the tallest building in China and the world’s tallest twisted building. Shanghai Tower was completed in September 2015 and finally opened for visitors in July 2016.

It can accommodate as many as 16,000 people per day and has become one of the most popular attractions in the city.

The Shanghai Tower is found in the Pudong district of Shanghai, China, and has an observation deck open to the public.

Currently, visitors can get access to the 118th (546 meters tall) and 119th (552 meters tall) floor of the towers. Ticket costs are relatively cheap in comparison to other skyscrapers as an adult ticket is priced at just $26 (180 Chinese Yuan).

Once booked, you’ll receive a confirmation email and an e-ticket. Bring the e-ticket (either printed or on your mobile) to the tower on the day and scan it at one of the self-service kiosks near the entrance to the tower.

Those who haven’t purchased a ticket online in advance can buy tickets on the day from the ticket hall. However, to avoid long queues and an inflated price, it’s recommended you purchase your Shanghai Tower ticket in advance.

The rules around whether you need to bring your passport to collect your ticket are slightly blurred. Most likely, your passport will not be required, but it’s better to bring it than to leave it at your hotel/apartment. 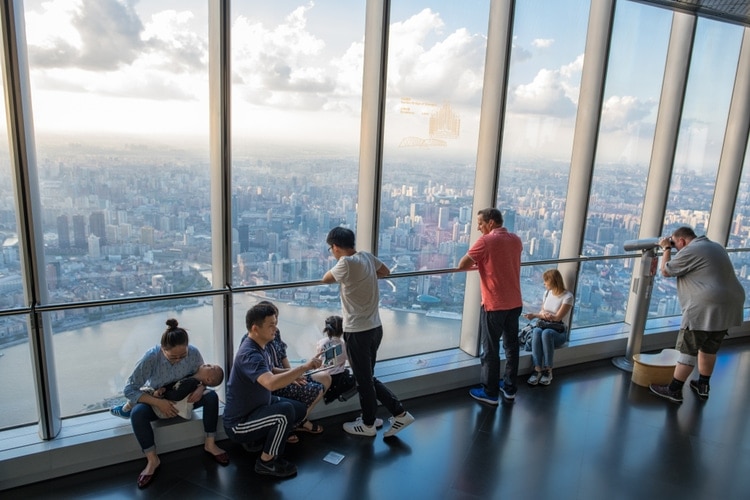 Shanghai Tower is a 632-meter high building located in the Lujiazui Finance zone o the Pudong district in China. The building, which is a multipurpose building used for offices, leisure, and accommodation, is home to the second tallest observation deck in the world!

Construction work on the tower began in November 2008 and took five years to build, with the work commencing in August 2013. The tower’s observation deck, found on the 118th floor, opened in June 2016 for a trial run for a select group of visitors before officially opening to the public in 2017.

There are plans to open the 121st floor to the public too, which will make it the world’s highest observation deck. From the observation deck, visitors can admire Shanghai’s sunset and bright lights while enjoying 360-degree views over the city.

The exhibition hall in the lobby also offers guests a chance to learn more about the construction of the building, the masterminds behind the designs, and the architecture of the tower. 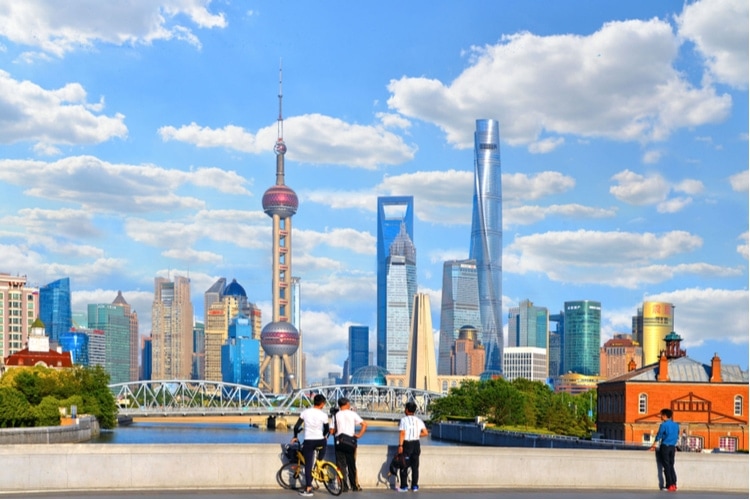 A lobby type area home to models and photos of the tower along with videos showing its development over the years.

The elevator ride up to the observation deck is a point of interest in itself. The elevator is one of the fastest in the world!

Panoramic viewing area that offers 360-degree views over Shanghai and takes in the Bund, the Jin Mao Tower, and the Huangpu River. 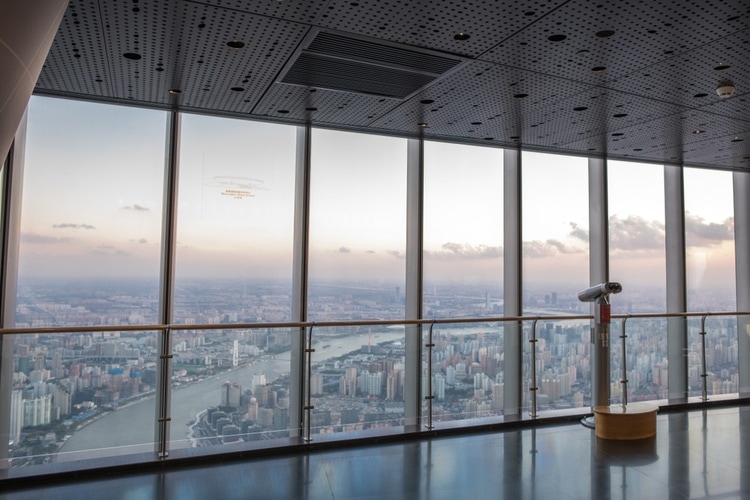 How to get to the Shanghai Tower

The Shanghai Tower is situated close to both the Jin Mao Tower and the Shanghai World Financial Center, however thanks to its towering heights it’s pretty easy to spot from anywhere in the city on a clear day!

When googling the Shanghai Tower you might find two different addresses, both will take you to the same location:

By Subway
The most popular way to get to the Shanghai Tower is by subway. Take Line 2 and alight at Lujiazui station, exiting at exit 6.

If you’re on the opposite side of the river near the Bund, take the ferry across (for 29 cents) and enjoy the views of the tower as you make the crossing. 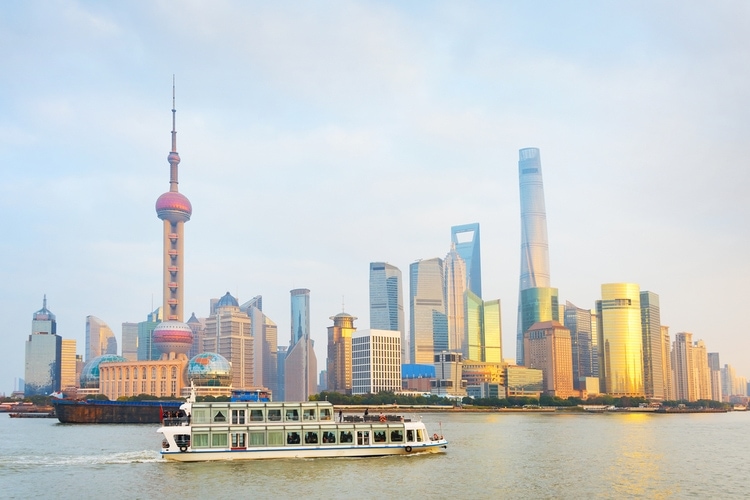 There are a number of attractions within walking distance of Shanghai Tower, check them out below:

Aim to get to the towers observation deck in time for dusk and you’ll enjoy daylight, sunset, and nightfall all in one sitting! Alternatively, to avoid crowds aim to visit midweek and first thing in the morning when the tower opens.

Always check the weather on the day of your visit as this will determine what time of day would be best to enjoy the views.

Usually, visitors will enter the Shanghai Tower building and be up on the observation deck within 15-minutes. However, on a busy day, queues to get into the tower can be around 1-hour long. 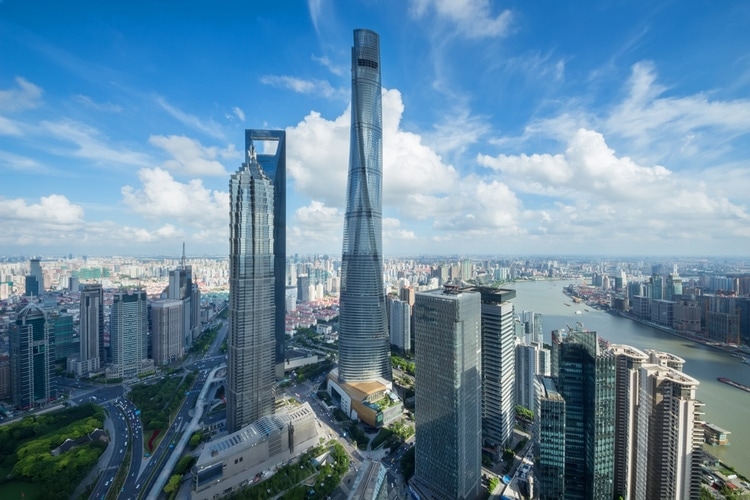 What is the Shanghai tower used for?

The tower is a mixed-use building and like many other skyscrapers, it’s used for offices, hotels, tourism, and leisure. It also features the highest observation deck in the world, making it one of the most popular attractions in Shanghai.

Can you go up the Shanghai Tower?

Visitors can go up the Shanghai Tower and take in the view from the observation deck.

Are there telescopes in the observation deck?

Telescopes are available to visitors for a small fee.

How fast is the Shanghai Tower Elevator?

Mitsubishi Electric claims that the elevators in Shanghai Tower move at a top speed of 1,230 meters per minute (almost 46mph).

How much does it cost to visit the tower’s observation deck?

How many stories are there?

There are 128 floors in the Shanghai Tower.

Do you have more questions before visiting Shanghai Tower? Leave a comment below! 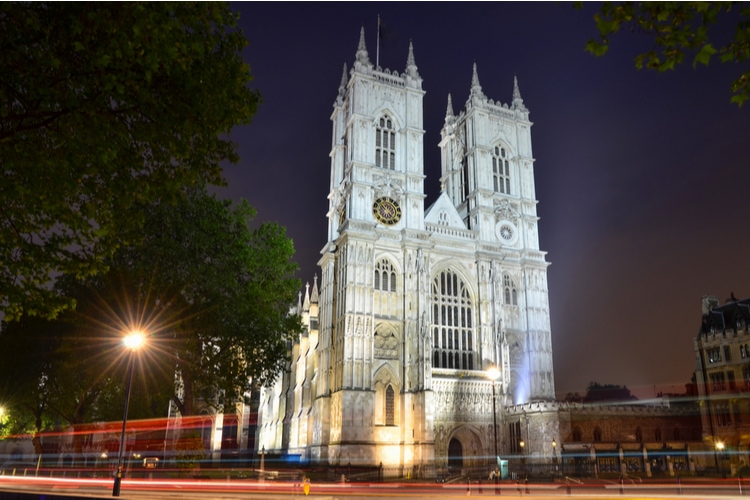 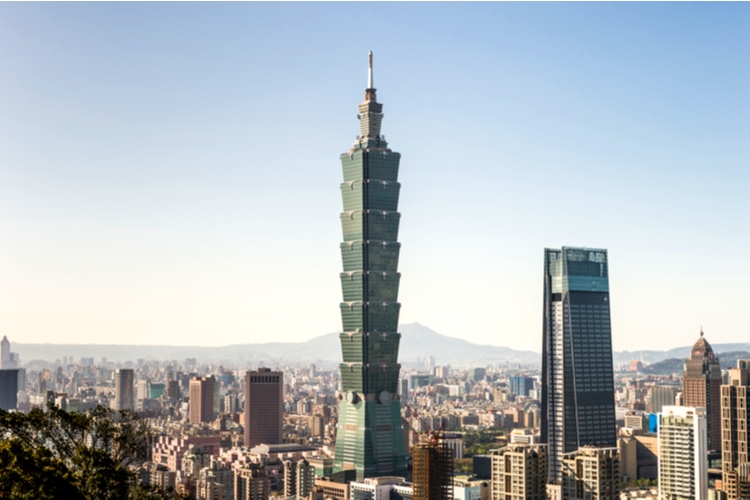