The Safest Countries in the World (2020)

Posted on Last updated: 04/06/2020
Category: Categories Around the World 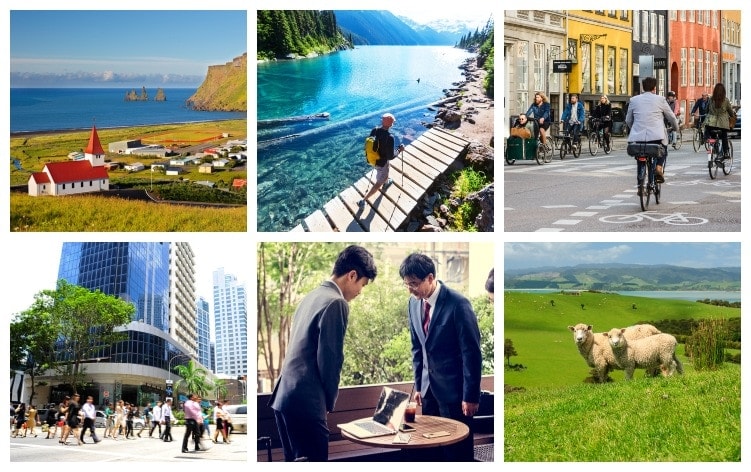 That same report also shows the most dangerous countries in the world, and the lower the score, the safer a country is. The Global Peace Index Report (GPI) is published annually by the Institute for Economics and Peace.

The GPI covers 163 independent nations and 99.7% of the world population. It ranks the most peaceful countries in the world using 23 indicators to measure the level of Societal Safety and Security; the extent of Ongoing Domestic and International Conflict

Top 10 safest countries in the world

Iceland remained the safest country in the world in the new Global Peace Index report and has held a firm grip on the top position for several years now. The crime level is very low and Icelanders typically enjoy a high standard of living.

Although it only has around 340,000 inhabitants, the society is characterized by a high level of trust and gender equality. The Icelandic police force doesn’t carry any firearms, only carry batons and pepper spray.

This tiny island nation in the northern part of Europe has also seen a tourism boom with more than 2.3 million tourists visiting last year. Iceland is also famous for having one of the oldest democracies and being home to a wide range of nature and sceneries. 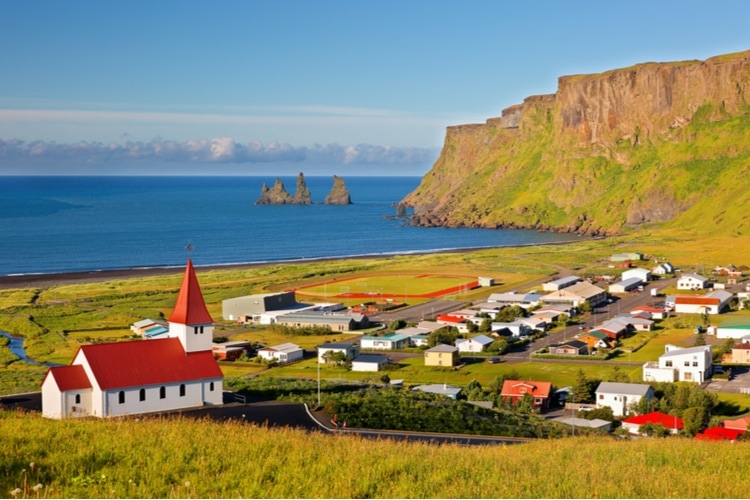 New Zealand is another good choice if you want to travel to a safe country. New Zealanders, also known as Kiwis are known for being friendly and laid-back as well.

Violent crime is almost unheard of and there are no deadly animals in New Zealand, unlike Australia where some of the world’s most dangerous animals are living.

The terrorist attack was a sad thing that happened in March 2019, but in general, visitors are very unlikely to risk becoming victims, and the crime level is very low. 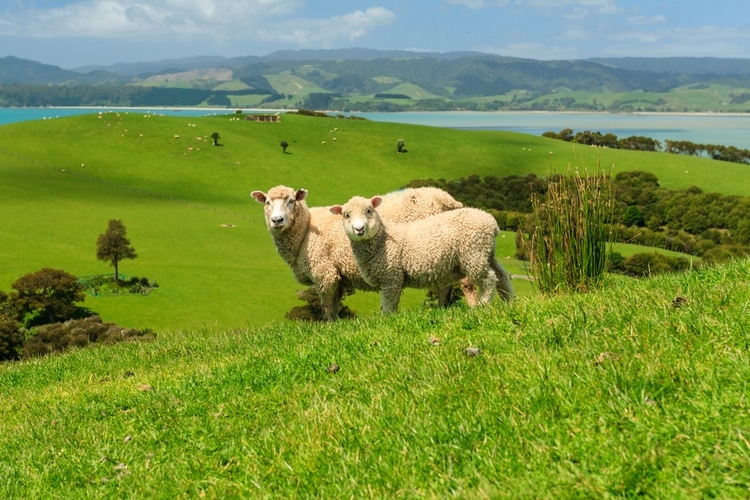 Portugal is ranked as the third safest country in the world 2020, rising two positions from number 5 in the previous year. The unemployment rate has gone from a high level to the lowest percentage since the financial crisis in 2008.

One thing that sets Iceland and New Zealand apart is the fact that Portuguese police do carry firearms, although an increased presence of armed police seems to have had a positive impact on the crime level in Portugal, which has also seen a decrease in recent years.

Pickpockets and purse-snatchers are the most likely crimes here, and they are concentrated in crowded tourist sites and public transportation in Lisbon and Porto.

However, overall, there is a high level of safety and an absence of violence, and it’s a very peaceful country globally. The risk of encountering any crime is very low. 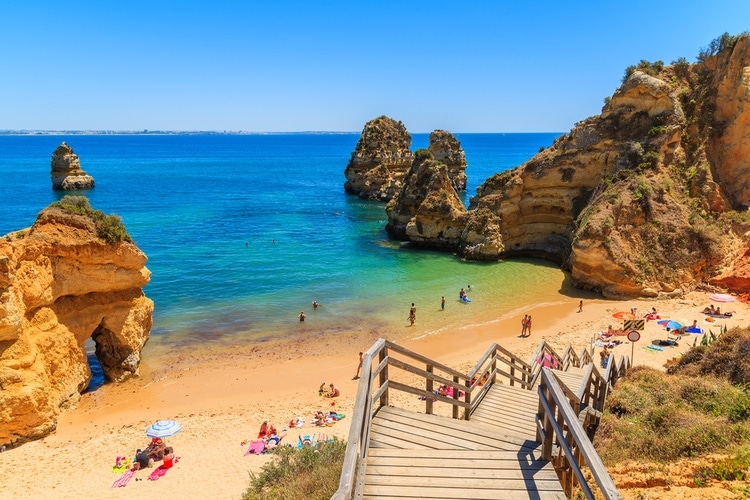 Austria is another country in Europe which is ranked as one of the safest countries in the world. It scores as low as 1.2 in the Global peace index rate.

Austria is typically seen as a neutral country these days, and the military budget is just 0.74% of national GDP, which can be compared to the U.S which spends 3.3% of its national GDP. 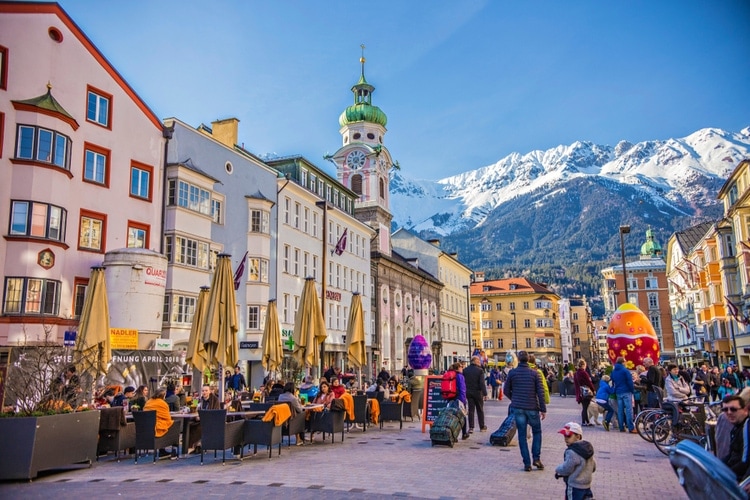 The island nation can be considered the pride of Scandinavia where most people live in harmony. Copenhagen is one of the most diverse capitals in Europe and is particularly known for its good atmosphere and bike friendliness. 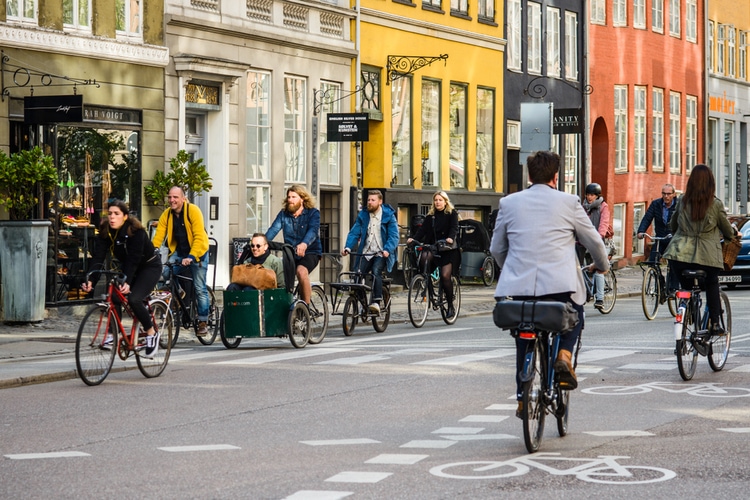 Canada is one of the largest countries in the world and a huge chunk of its land is raw wilderness without any development. It’s also known for having some of the most diverse cities in the world, such as Toronto which is home to more than 200 ethnic groups.

The Canadians live in harmony and are known for their friendliness. The military has several operations that aim to stop illegal activities around the world and serves to make it a better place. 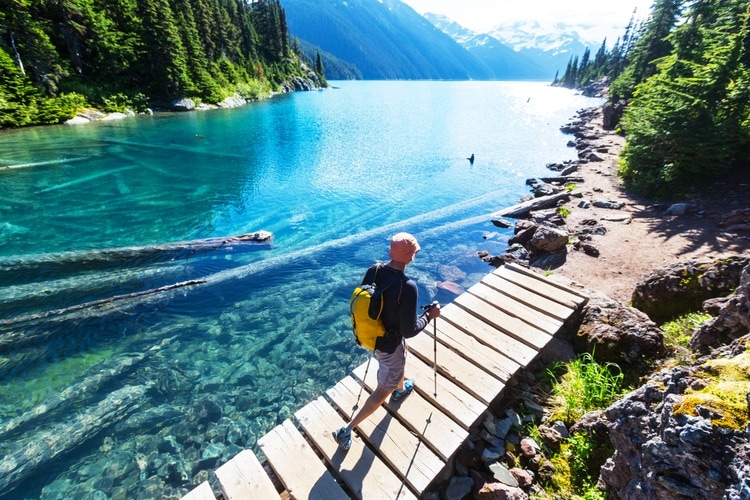 Singapore has risen as one of the economic centers of the world and it has seen incredible development in the last couple of decades. Strict law enforcement and a non-violent society make it the safest country in Asia.

Singapore does have a strong military force but remains peaceful within the country and outside its borders. The harmony between religions and people from various cultures is a beneficial factor as well. 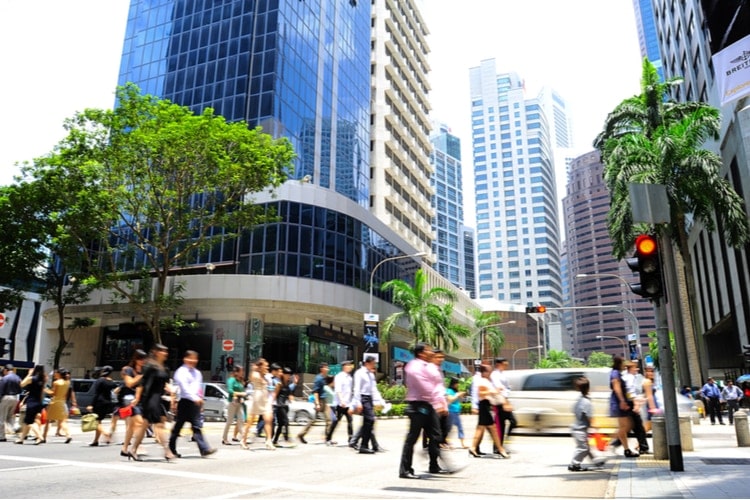 Slovenia is yet another small country in Europe on the border of Western Europe and the Balkans in East Europe. The country is home to about 2 million people and rose 2 positions in the Global Peace Index compared to the previous year.

Violent crime is very uncommon in Slovenia and the country also has a very low risk of terrorist acts. It’s typically the safest country in Eastern Europe. 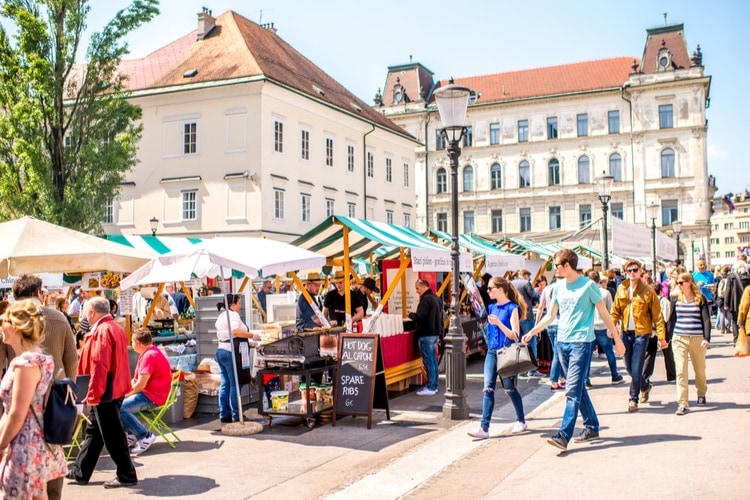 Japan has some of the lowest crime rates in the world and is definitely one of the safest countries in the world. When rating safety in society only, I would even say that Japan is number one.

People are leaving their doors and bikes unlocked, and many even fall asleep on public transportation without worrying about pickpocketers. This is something that is unheard of in most countries in the world, but it’s a result of honesty, honor, and integrity in the Japanese culture as well as strict regulations.

What’s even more fascinating is the fact that the country is home to more than 128 million people, and still has the lowest crime rate in the world. Even in Tokyo, which is the most populated city in the world, the level of crime is very low.

Last but not least in the top 10 safest countries in the world, the Czech Republic, also known as Czechia. It is a relatively small country in Central Europe, famous for its capital Prague, which has become one of the major tourist destinations in Europe.

Over the years, violent crime has decreased rapidly and the same goes for overall crime rates. Petty crimes are most common in Prague due to opportunists targeting tourists. 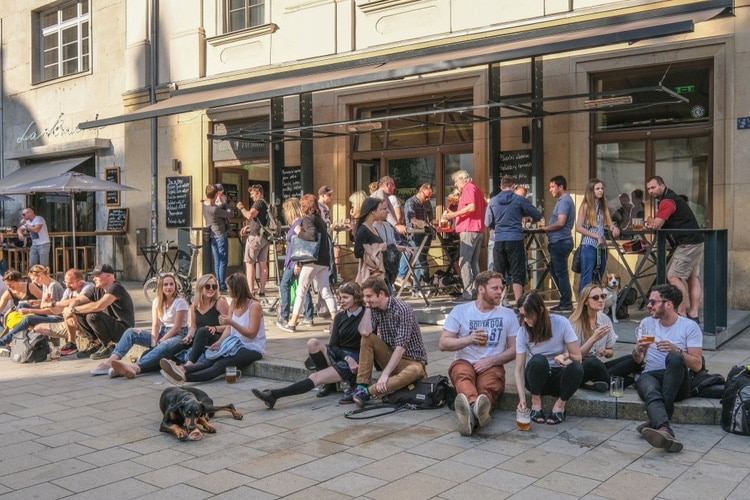 Another positive aspect, for the first time in five years, the global peacefulness improved. As many as 86 countries improved and lowered their score compared to the Global Peace Report from 2018.

More about the safest countries in the world

Most of the countries are smaller countries that are highly developed. The only exceptions on the list are Japan, Canada, and Australia, where Japan is one of the most populated countries in the world, and Canada and Australia being home to more people than average.

The other countries are medium-sized when it comes to population, except Iceland which is the smallest of the 20 safest countries in the world with a population of just 339 000 people in 2019. With that said, Iceland is a clear winner with a score as low as 1.072 in the Global Peace Index.

There are no South American or African countries in the top 20, and Canada is the only North American country. Asia has 4 countries and Oceania 2, the rest are located in Europe. 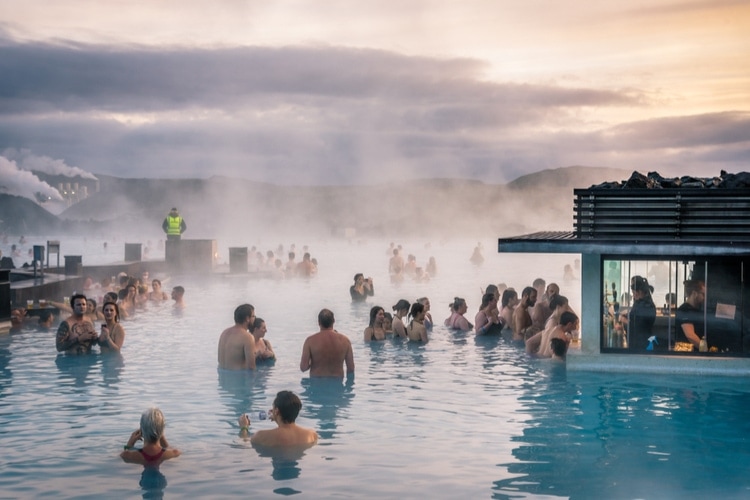 What is the safest country in the world to live in?

Iceland is ranked as the safest country in the world to live in. However, there are many safe countries where you can move to avoid violence and crime.

Which are the least safe countries in the world?

Afghanistan, Syria, South Sudan, and Iraq are ranked as some of the most dangerous countries in the world.

Which country has the lowest crime rate in the world?

Japan has the lowest crime rate in the world per 100,000 residents.

What is the safest region in the world?

The Nordic region must be considered the safest region in the world since 5 countries out of 5 are listed in the world’s top 20 safest countries. 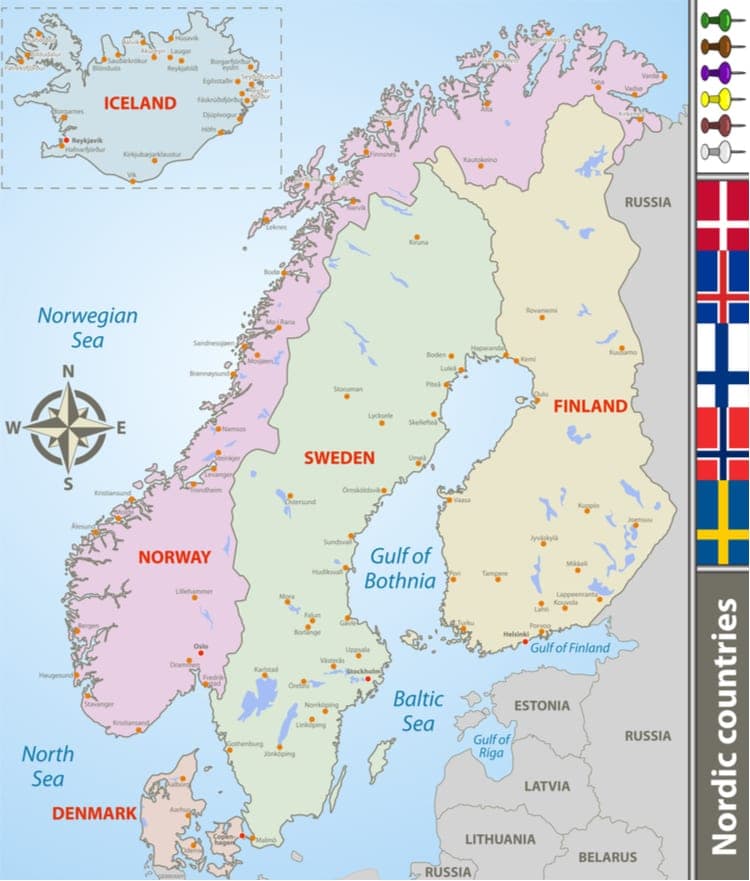 Did you know about the safest countries in the world? Leave a comment below! 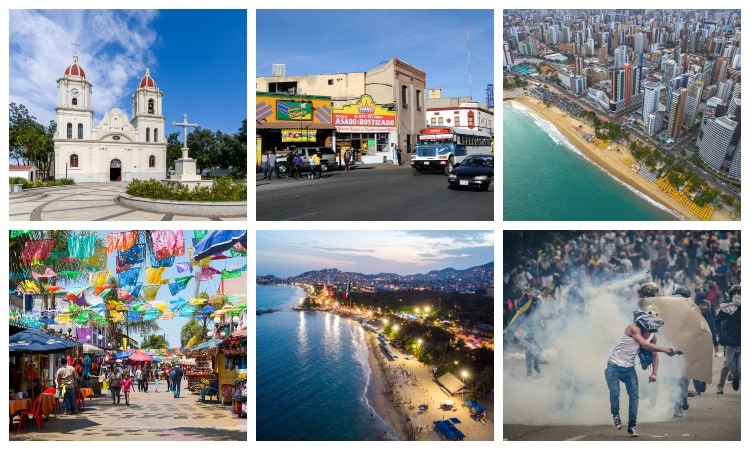 Most Dangerous Cities in the World 2019
← Read Last Post 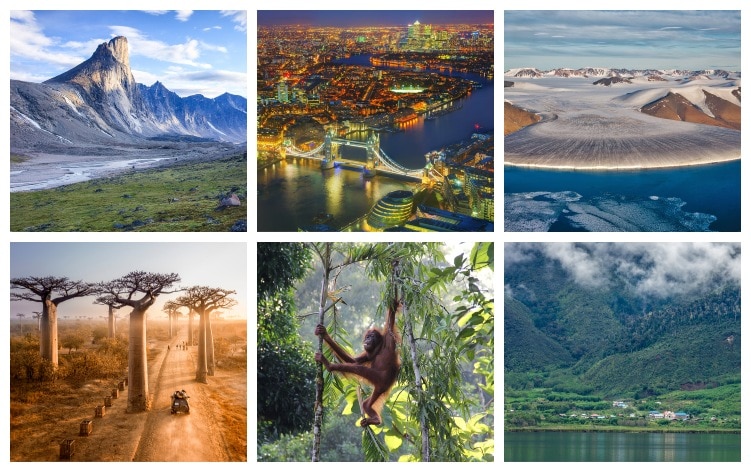