15 Best Places to visit in Ohio 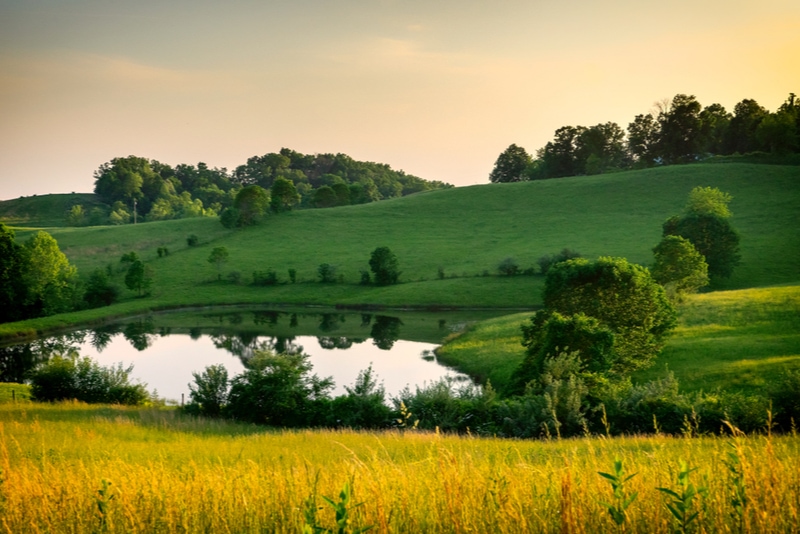 Want to find the best places to visit in Ohio? Here’s an updated list with some of the most beautiful destinations and interesting points of interest.

Also known as the “Buckeye State”, Ohio became a US state after the American Revolution and it used to be an agrarian state with farming as the major economic activity.

Ohio’s location and accessibility were two key factors in its growth, which over centuries turned it into an urbanized and industrialized state. The major urban centers of Ohio are Columbus, Cleveland, and Cincinnati, each with its unique vibe and diverse tourist attractions.

Named after the Ohio River, the state offers a vast variety of experiences and attractions, such as picturesque nature parks, cuisine delights, arts, culture, and professional sports.

Ohioans are wild about football! Stadiums here are always full everywhere throughout the state. Ohio is also referred to as America’s Roller Coast because of the large amusement parks, from which the Cedar Point park is the second oldest in the country.

Hocking Hills State Park is like a spectacular wonderland in Southeastern Ohio. The park is stunning in every season and continuously receives international acclaim as one of the top state parks in the US.

The most popular attractions in the park are Old Man’s Cave and Ash Cave, which is the largest recess cave in Ohio. Hocking Hills State Park is one of the most beautiful and interesting places to visit in Ohio.

Here you can also find the Cedar Falls, one of the biggest and greatest waterfalls in the state. If you want to reconnect with nature through waterfalls, rocks, trees, countless colorful butterflies, and get your rest in one of a kind treehouses, Hocking Hills State Park is the ideal destination for you. 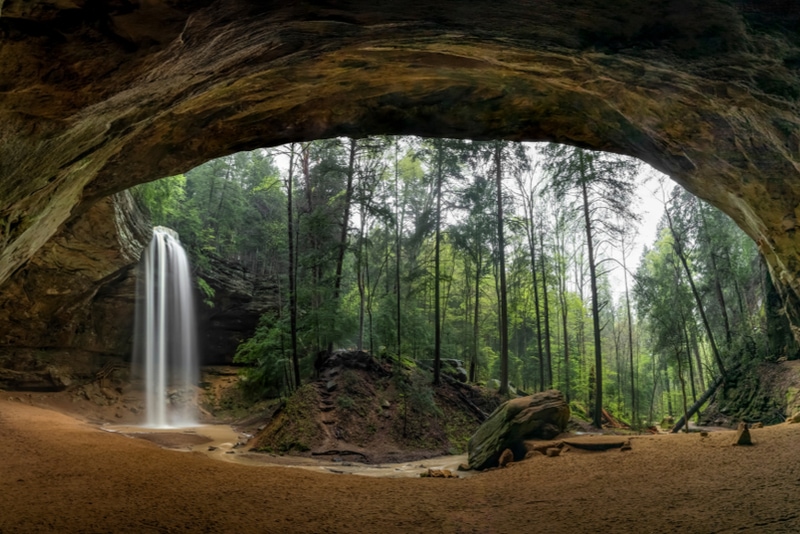 Consisting of 36 beautiful islands, Lake Erie is a destination where you feel time moving a little slower, you feel breezy and there’s always water detaching you from your worries.

Some of the Lake Erie Islands are in the district of Ontario, Canada, and the majority on Ohio’s land. Three of the islands – South Bass, Kelleys Island, and Middle Bass Island attract the majority of visitors.

Kelleys covers 4 square miles of land and is the largest in size of Ohio’s island, while Put-in-Bay lively village on South Bass Island is the most populous, offering a wide variety of attractions such as water parks, wineries, dockside dining, and many other hidden gems. 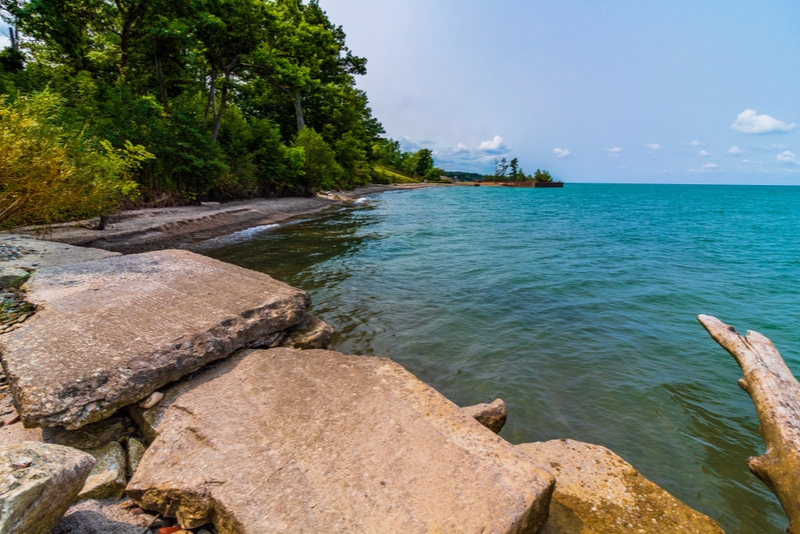 This authentic 78-square-mile city has been an industrial powerhouse for America, and the country would not be as it is now without Cleveland because of its manufacturing dominance.

The city is also famous for having some of the best hospitals in the world. With its welcoming people, great food, and unique feel, Cleveland sometimes is a better option for a weekend getaway than any tourist-soaked city.

The most popular attraction in Cleveland is America’s one and exclusive Rock and Roll Hall of Fame and Museum, which was opened in 1995 and has had more than 9 million visitors since then. 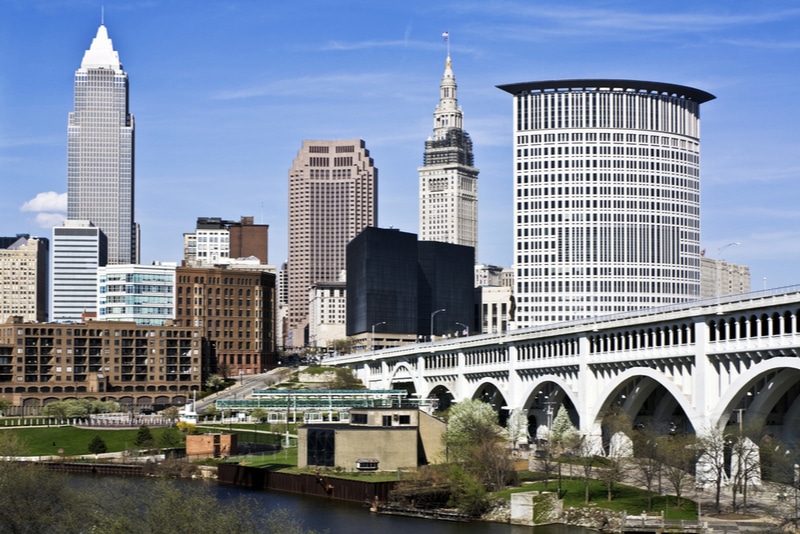 Located on a floodplain of the Great Miami River, Dayton is known as a city of inventions and is one of Ohio’s visit-worthy destinations. It represents an interesting mixture of big-city luxury with affordability.

This Midwestern charming city is mainly associated with aviation, as it’s the birthplace of the Wright Brothers and home to the world’s oldest and largest military aviation museum – National Museum of the US Air Force, which is also the state’s most-visited free tourist attraction.

The city of inventions is also the agricultural center of a diverse urban complex and a great place to educate and entertain visitors with varied interests. 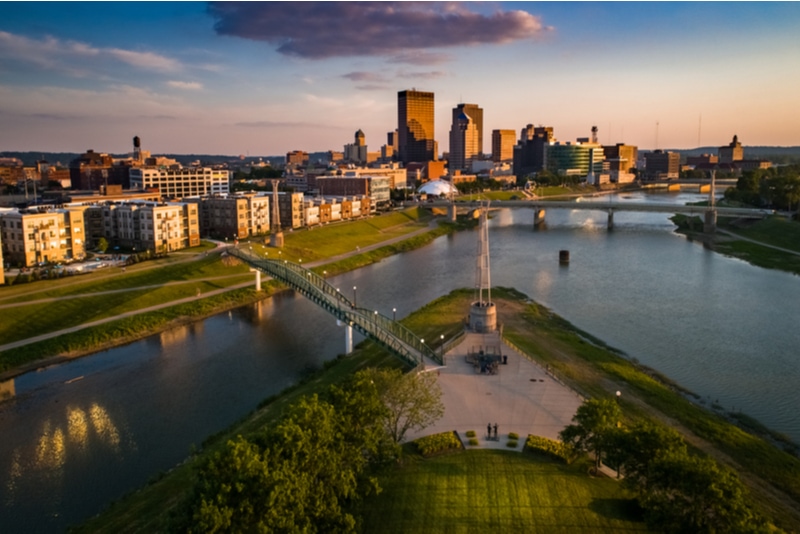 Home to the popular Pro Football Hall of Fame, Ohio’s Canton city is mostly famous amongst American football fans. This is where American pro football was born at the beginning of the 20th century, the American National Football League was formed here.

To honor the city for playing a major role in organizing this sport, the Pro Football Hall of Fame was established here, which covers nearly 11,000 square meters of extraordinary exhibit area, Super Bowl theatre, and many other sections, making it a paradise for football lovers.

Canton is also full of other national attractions, famous museums, historic sites, music, and art districts. It’s one of the best places to visit in Ohio for sports fans, culture- and history buffs. 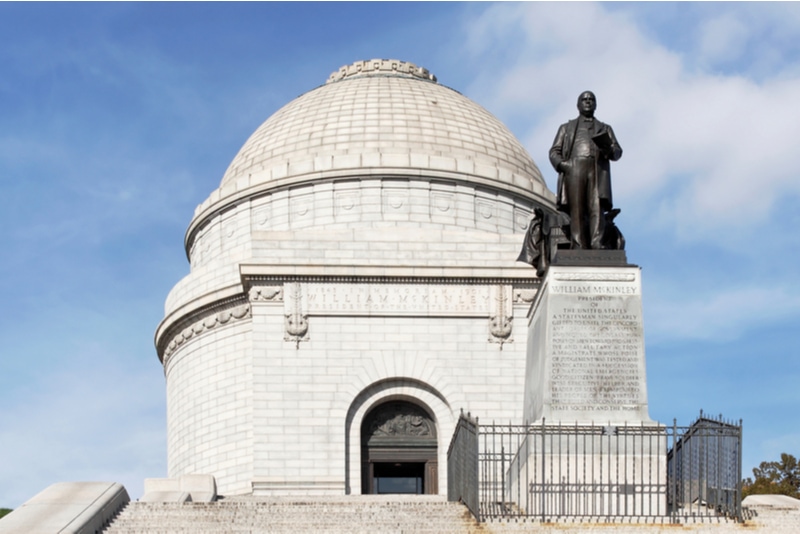 With its appealing neighborhoods, booming cultural life, and some of the state’s top-ranked attractions, Ohio’s capital city Columbus indeed worths a visit.

The city offers something for everyone: it’s known for having the best park systems in the country, it has one of the famous football schools in North America. Here you can also visit the favored German Village, which is the city’s’ most popular downtown neighborhood and a prominent historic district in the country. 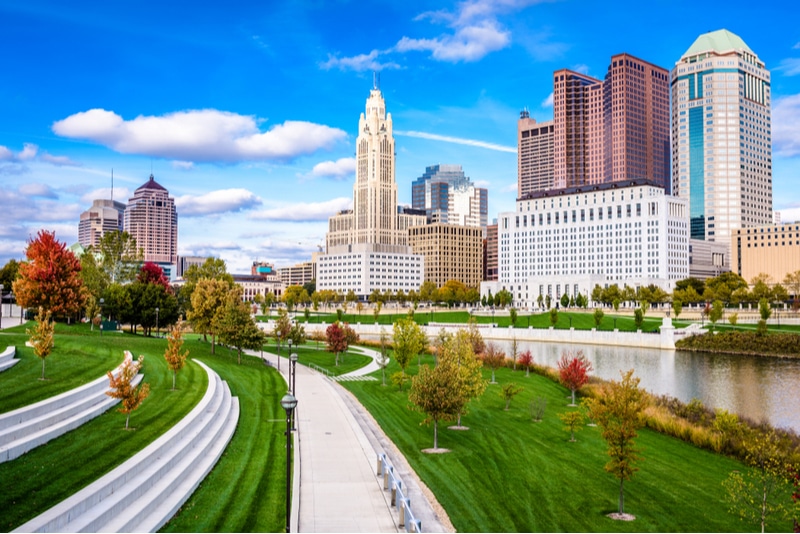 The park not only provides perfect recreation for visitors along the Cuyahoga River but also has a rich cultural legacy. Remainders of Ohio and Erie Canal, which traveled here in the 19th and 20th centuries, give an interesting glimpse into the country’s transformational history. 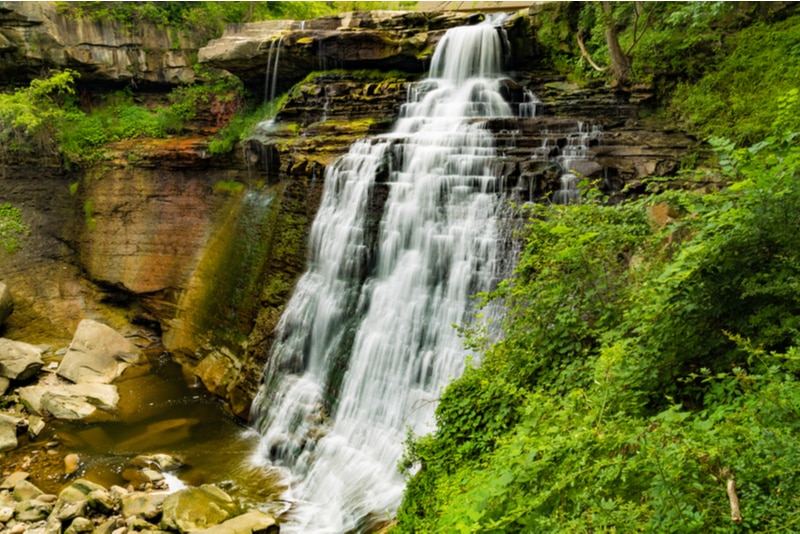 Ever heard of Amish people, their traditions, and unique way of life? Nowhere else like in Ohio can you experience the essence of Amish people’s living way.

Amish Country Ohio is centered in Holmes County and contains the largest community of Amish in the world. Here you can get a glimpse of a day in the life of the Amish and learn about their traditions and history.

Moreover, visitors can enjoy their hearty food, purchase traditional handicrafts in the flea markets and antique malls, or simply acknowledge and experiece the simple yet proud way of Amish living. 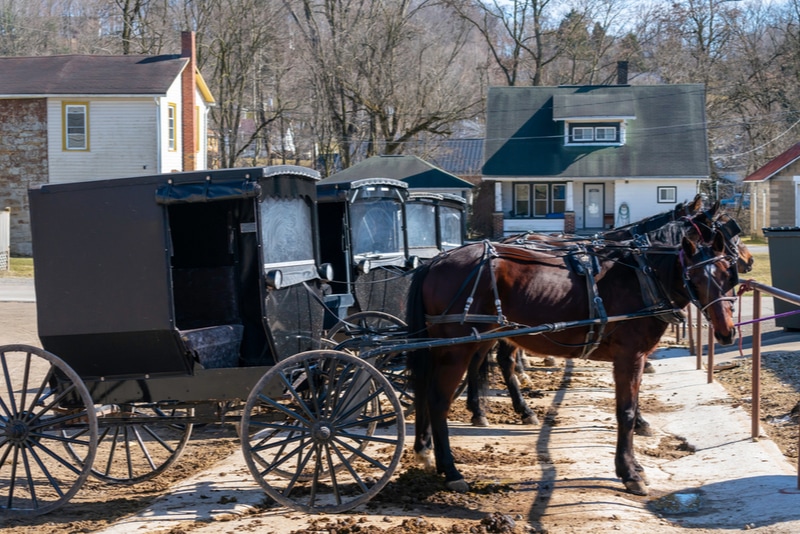 Akron city is one of Ohio’s picturesque corners and is known for a wide array of tourist sites and attractions. For those having exciting cultural pursuits – you will be spoiled by the choice of museums and art galleries in the city.

History buffs will also be delighted to come here, as Akron contains a significant historical heritage and tells a story of its influential role in the state’s rich past.

A must-see attraction here in Akron is Stan Hywet Hall and Gardens, which is the former house of F.A. Seiberling, the co-founder of the famous “The Goodyear Tire & Rubber Company”. It’s the country’s sixth-largest historic home and tells an important story about America’s industrial age. 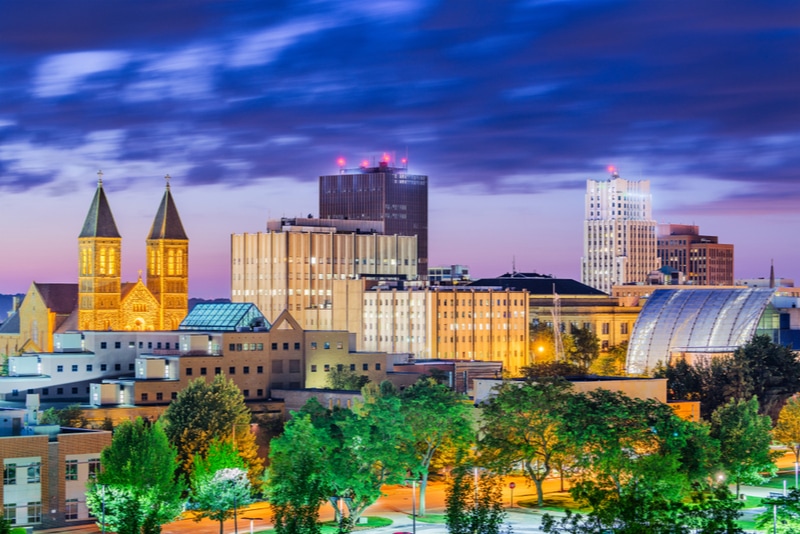 Sandusky is a city in Northeast Ohio which has become a synonym to the world-famous Cedar Point – the second-oldest operating amusement park in the country.

The park is nearly 364-acre large and is home to some of the world’s fastest and tallest roller coasters. It was once a cozy beer garden and a dance floor, which then has grown into an enormous amusement park and a paradise for thrill-seekers.

Cedar Point attracts 3.5 million visitors every year and it’s one of the most thrilling places to visit in Ohio. Aside from the park, visitors of Sandusky also enjoy pretty and very clean downtown, museums, shops, restaurants, boating, and fishing activities. 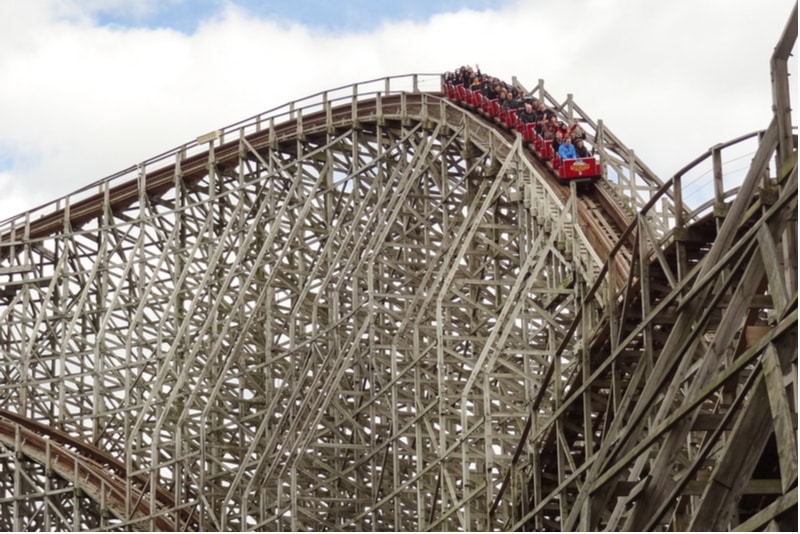 The earthworks in the park date back from about 200 BC to 500 AD and represent an interesting history of  Ohio River Valley, which was the main concentration area of Hopewell culture.

In the park, you can observe earthworks of the ancient people that are in the form of circles, squares, and many other shapes. 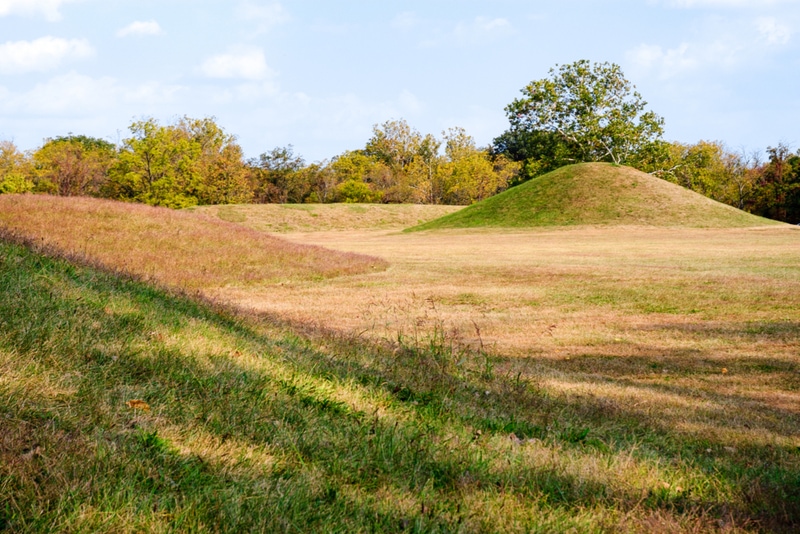 This is one of the most favorite destinations for many Southeastern Ohioans. Salt Fork is the largest state park in the Buckeye state with more than 17,000 acres of wonderful recreation.

The park encompasses a stunning landscape that creates impressive sights of rolling hills, numerous streams, open meadows, and vast valleys. Here you can also get the advantage of the inland beach and cool off on hot summer days. 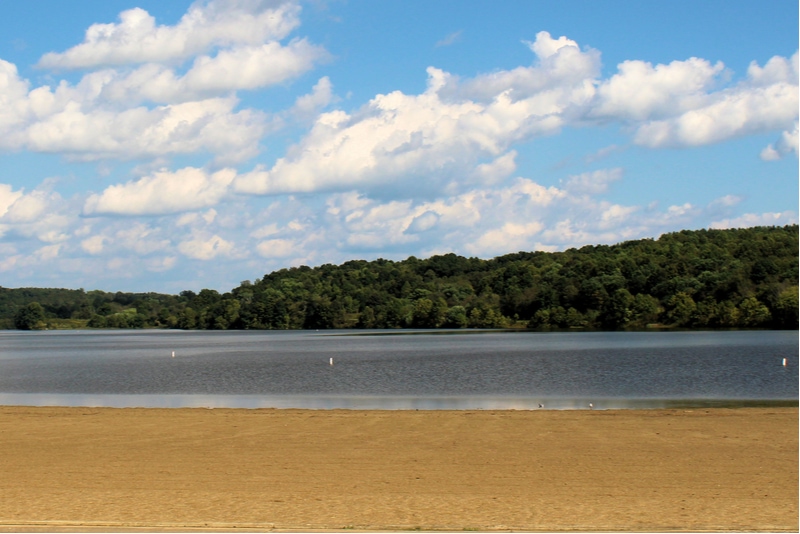 Nicknamed as “The Glass City”, Toledo is one of the best cities to visit in Ohio. It sits beautifully on the banks of the Maumee River and is a great destination for travelers interested in live entertainment, hands-on glassblowing, culinary tours, and countless more activities.

The city got its nickname because of the glass industry here. It is actually referred to as the glass capital of the world, which does not only refer to the industry but also the glass art.

Some of the top attractions in Toledo are the Museum of Art, Toledo Harbor Lighthouse, where the Maumee Bay meets Lake Erie. 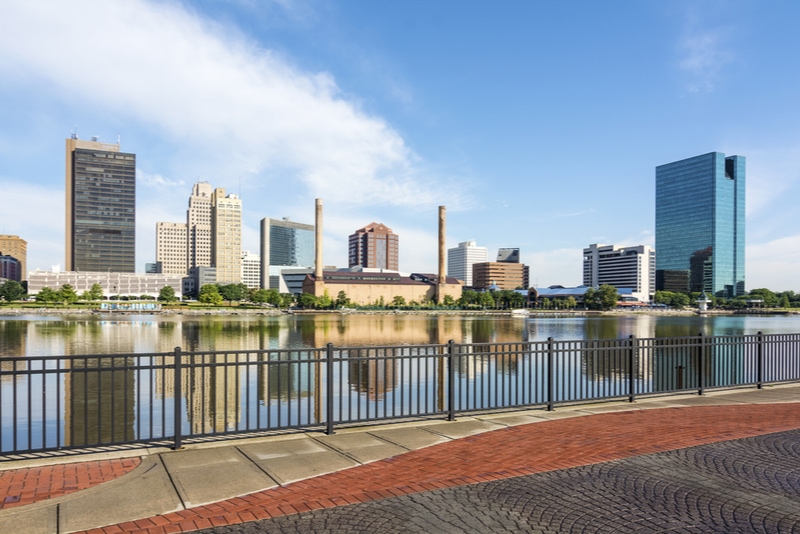 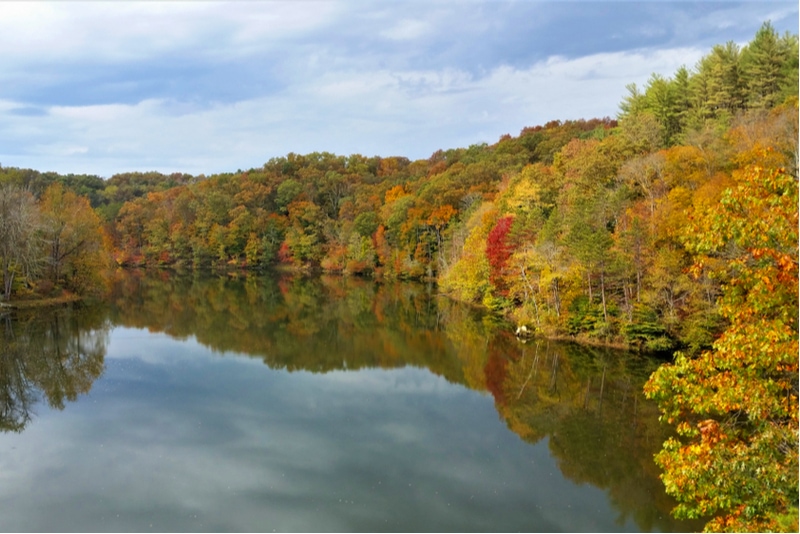 Located nearly 30 miles away from Dayton city, Ohio Caverns is the state’s largest cavern and a must-see hidden treasure in the region. It has an interesting discovery story, which was in 1897.

The caverns are hidden under the land with green grass on it and surrounded by cornfields. They were discovered when one day a sinkhole on a farm filled up with rainwater and rapidly disappeared. This made the farmer begin excavating and he broke through into the marvelous cavern.

The most famous formation is known as the Crystal King, which is the largest and the most perfectly shaped white crystal in the state. This is definitely one of the best places to visit in Ohio if you want to explore natural formations. 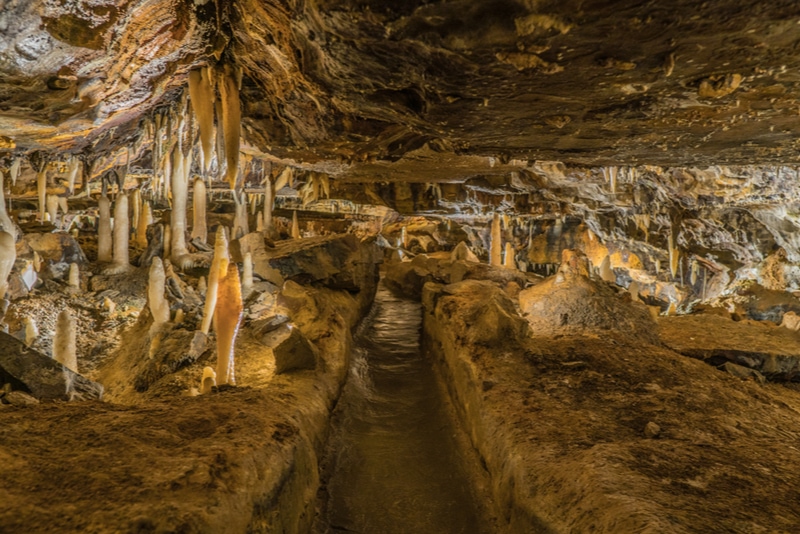 More reading from the U.S

Want more recommendations on places to visit in Ohio? Leave a comment below! 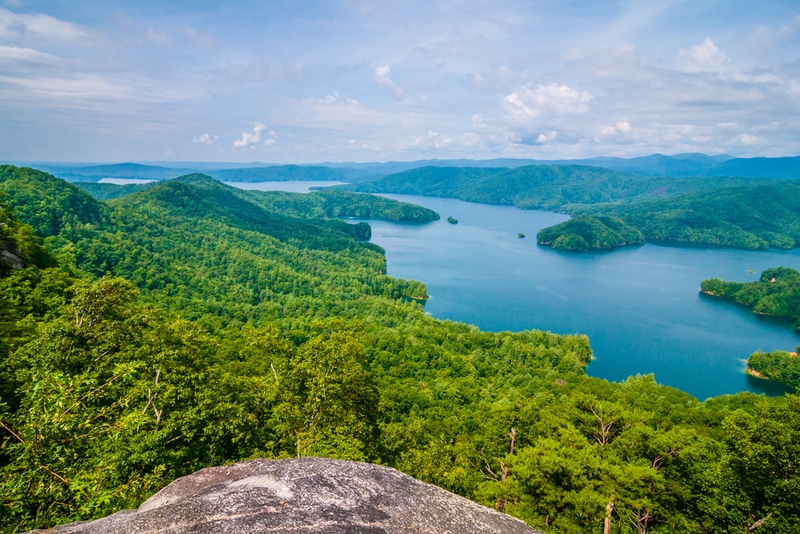 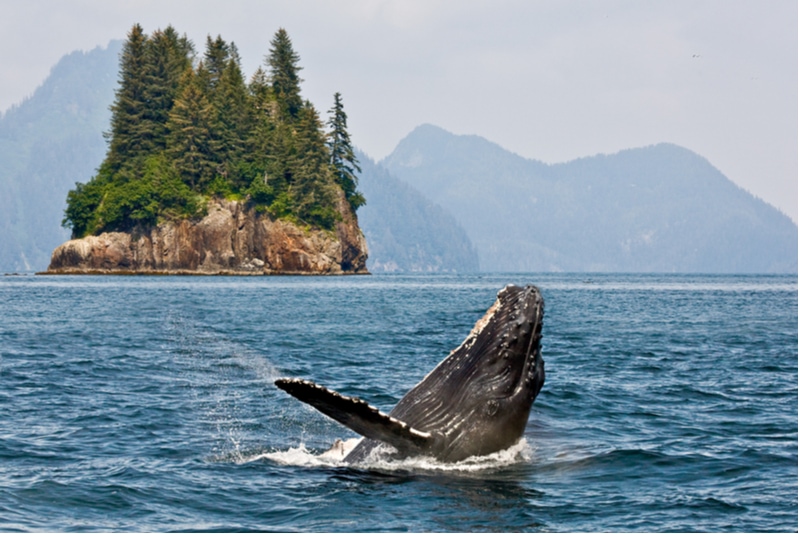