15 Best Places to Visit in Malta

Want to find the best places to visit in Malta? There are many destinations and attractions that are worth visiting when you travel to Malta, and as a first-time visitor, it can be hard to choose where to go.

Valletta, the Blue Lagoon, and Gozo are some of the most famous places to visit in Malta, but there are lots of other places that are worth visiting. That’s why I made this list to give you some inspiration and help to make the most of your trip to Malta.

Mdina is the old capital of Malta and was founded already in the 8th century as Maleth, by Phoenician settlers. The historical town was actually larger than the modern Mdina but there are still many medieval buildings and baroque architecture to be seen.

In recent years, it gained further fame via the TV-series Game of Thrones where it featured as a backdrop. Mdina is characterized by its narrow alleys and walled city from the Middle Ages.

The city is located right in the center of Malta, next to the old suburb Rabat where you can find the famous St Paul’s Catacombs. 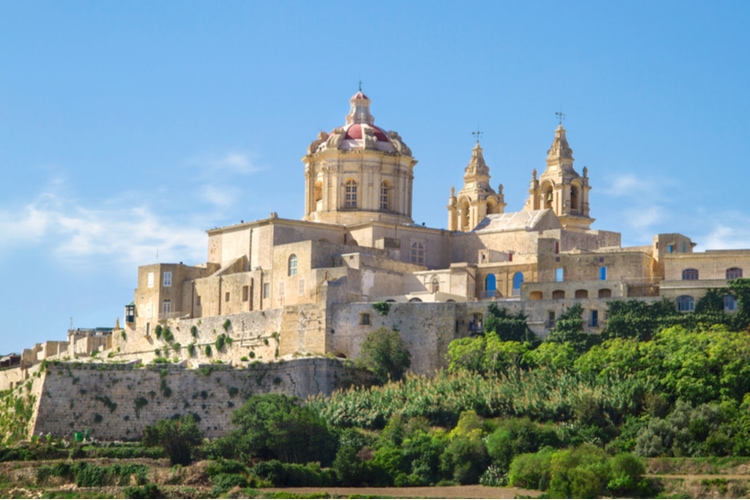 Marsaxlokk is one of the most charming places to visit in Malta and the old fishing village is characterized by the traditional luzzu-boats. Every Sunday, a local market is being held where you can buy local produce, fresh fish, and various Maltese handicrafts.

Even if you can’t make it here on a Sunday, it’s worth visiting and strolling around the old town is lovely. Marsaxlokk is full of old houses, colorful luzzu boats, old churches, and small shops and restaurants.

This is also one of the best places in Malta to eat fresh fish with some of the island’s best restaurants being located here. In the summer months, you can order today’s catch while enjoying the harbor views.

Valletta is the capital of Malta and while it features an interesting history and several impressive buildings, it’s actually the smallest capital within the European Union.

The city was founded in 1566 by Jean de Valette, who was a Grandmaster of the Order of Malta. It has been listed as a World Heritage Site by UNESCO since 1980 and is full of baroque palaces, gardens, and churches.

I would go as far as saying that Valletta is one of the most interesting cities to visit in Europe since there are so many points of interest that are located within walking distance. It’s also a very charming city with narrow alleys, old houses, and the iconic Maltese balconies. 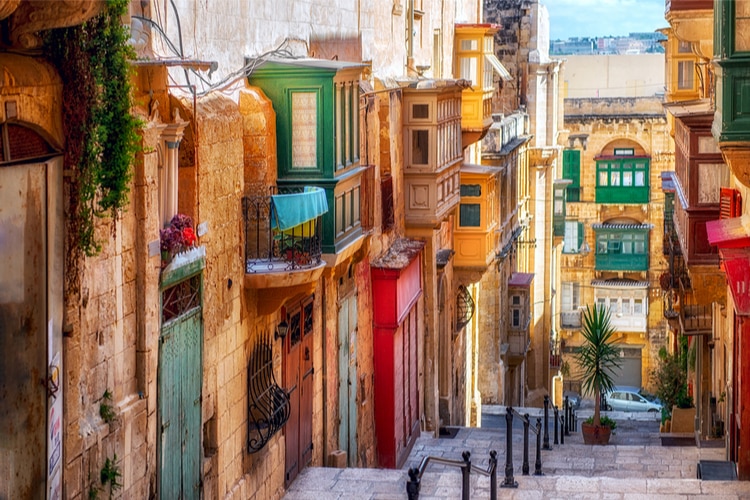 The Blue Lagoon is located by the island of Comino and is one of the most popular places to visit in Malta. The turquoise crystal water attracts thousands of visitors during the summer months.

In addition to the Blue Lagoon, Comino is also worth visiting, and perhaps even for an overnight stay. It’s a car-free island that is largely uninhabited with various nature trails and rich flora. 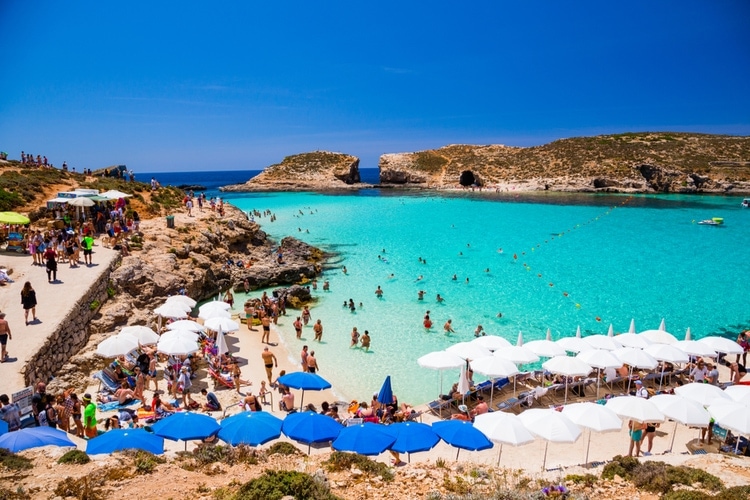 Gozo is another island in the Maltese archipelago that you shouldn’t miss. The island is easy to reach via ferry from Cirkewwa on the main island and it’s much more relaxed with fewer tourists and more natural places.

The island of Gozo is particularly known for its beaches and the Ggantija Neolithic temples as well as its old villages. I recommend that you stay overnight for 2-3 days at least, which is enough to explore Gozo. 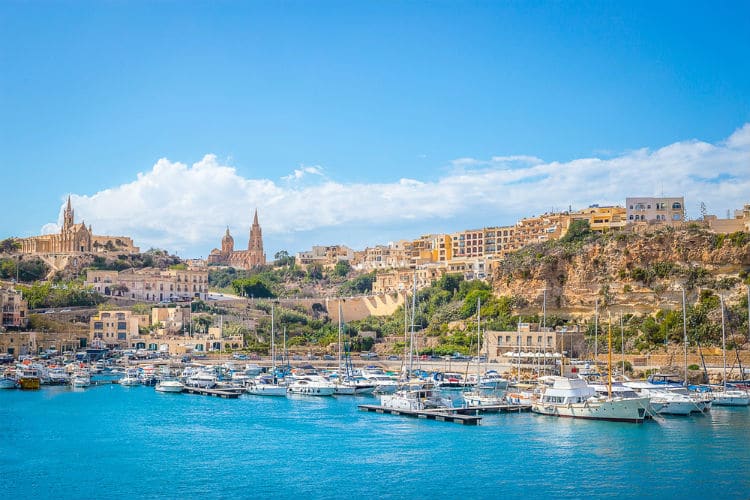 Golden Bay is often named as one of the best beaches in Malta and it’s known for its golden sand and blue water. It’s located on the west coast on the main island, next to Ghajn Tuffieha and the beach has been awarded blue-flag status.

This is also where you’ll find the five-star resort – Radisson Golden Sands Hotel. It’s only recommended to swim here during the summer months though, as the undercurrents are dangerous during the winter months. 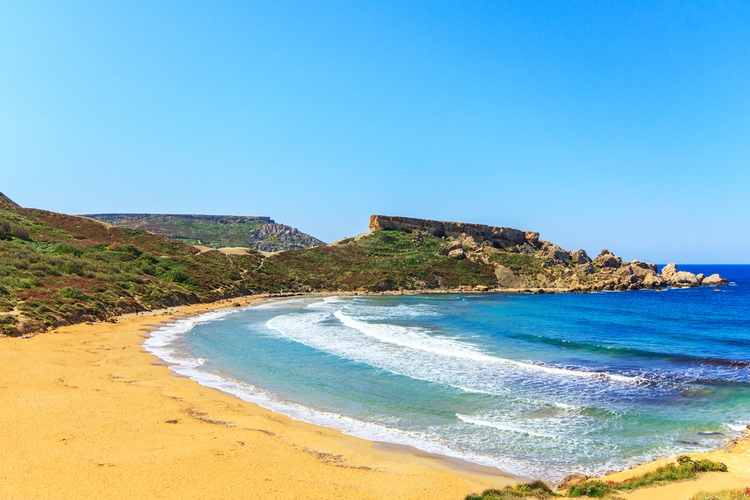 Ħaġar Qim is one of several megalithic temple complexes in the Maltese archipelago and it dates back to 3600-3200 BC. It features a main temple and other structures and old dwellings. 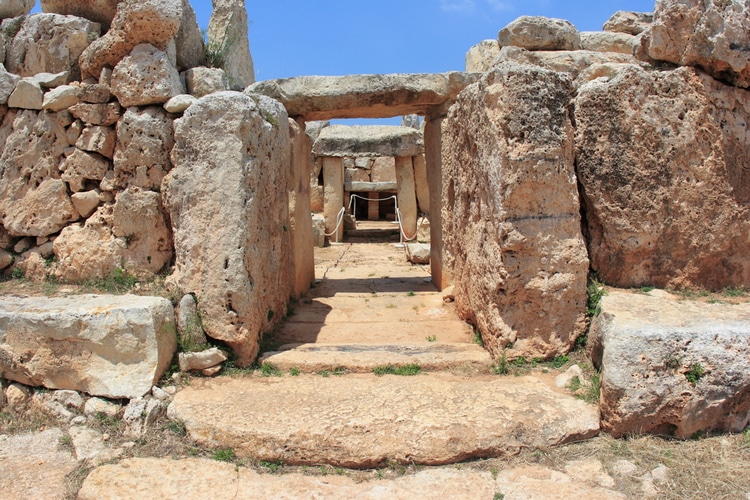 Blue Grotto is one of the most popular diving and snorkeling spots in Malta with clear and deep waters to explore. It’s a cave complex that is located on the southeastern coast of Malta.

There are daily tours that take tourists here via boat, but you can also go here on your own if you want to go snorkeling or diving. It’s recommended to visit the Blue Grotto in the morning during the summer to avoid the crowds.

The light will also be best from early morning until noon. If you don’t have a rental car, there are also local buses that depart from various destinations on the main island. 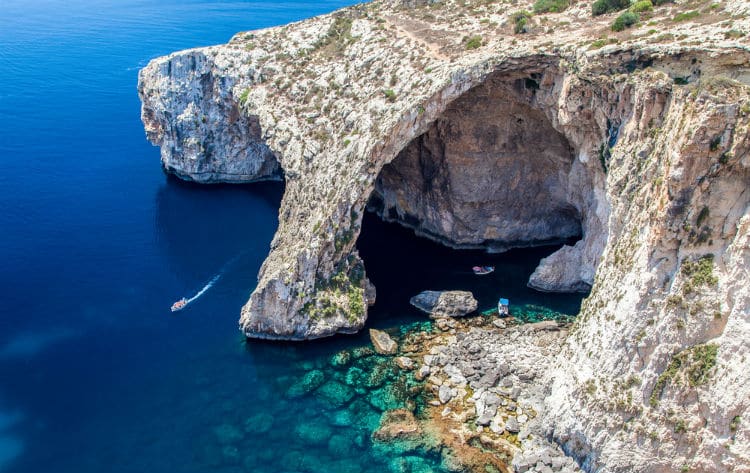 The Salt Pans are located on the north coast of Gozo, west of Marsalforn. They have been here for more than 350 years and the locals still use them to produce salt.

This technique has been used since the Phoenician times and the salt pans offer both scenic views and a nice cultural experience. 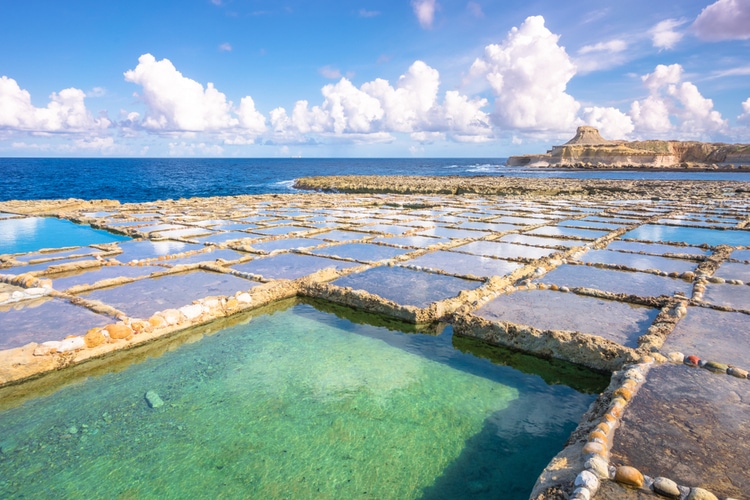 The Dingli Cliffs are located just a short drive from the Blue Grotto, on the west coast near the city of Rabat. It’s one of the best natural places to visit in Malta, where you can enjoy spectacular views and hike along beautiful trails. 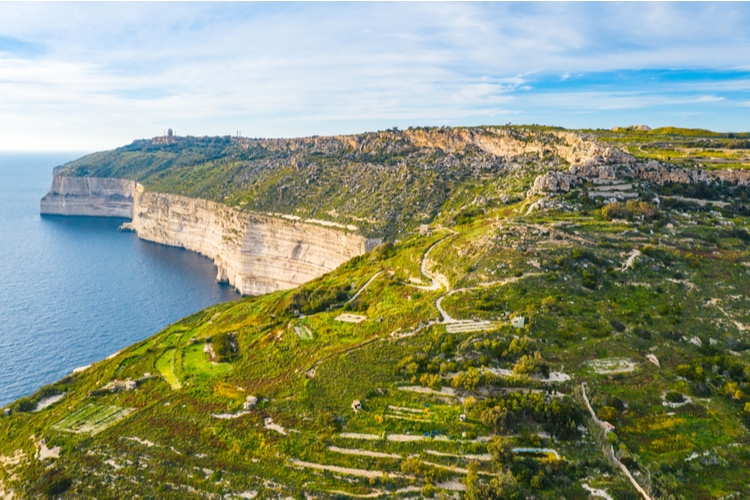 Ramla Bay is one of my favorite beaches in Malta. It’s located on the island of Gozo and features stunning scenery and orange-golden sand. Nearby the beach, you can also hike up to the former cave of Calypso to take in the views of Ramla Bay or watch the sunset. 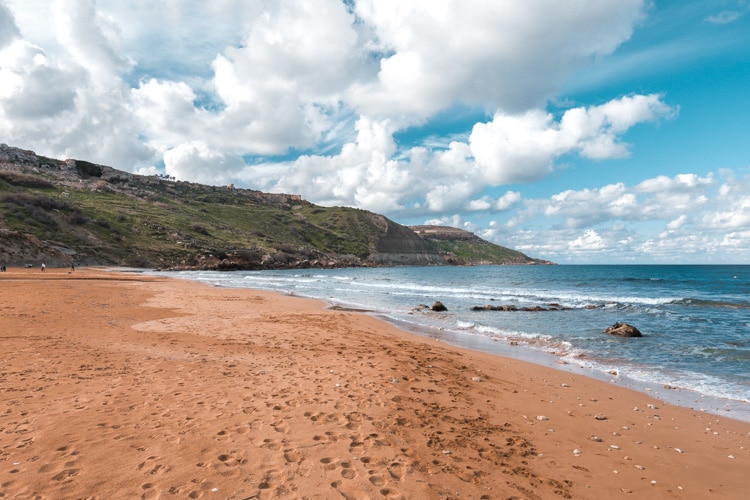 Ta’ Pinu Sanctuary, also known as The Basilica of the National Shrine of the Blessed Virgin of Ta’ Pinu is located on the island of Gozo and is one of the most prominent churches in the Maltese archipelago.

It’s a beautiful basilica that was rebuilt in the early 1920s, although a church has stood here since at least the 1500s. Visitors can also enjoy spectacular views of the area from the hill where the basilica is situated.

This is the real filming location of the Popeye movie in the 80s. Visitors can stroll around the old film set which is an open-air museum/theme park today.

There are daily shows with actors to entertain guests and several of them allow the audience to interact as well. It’s one of the best places to visit in Malta with kids, or if you’re a fan of Popeye. 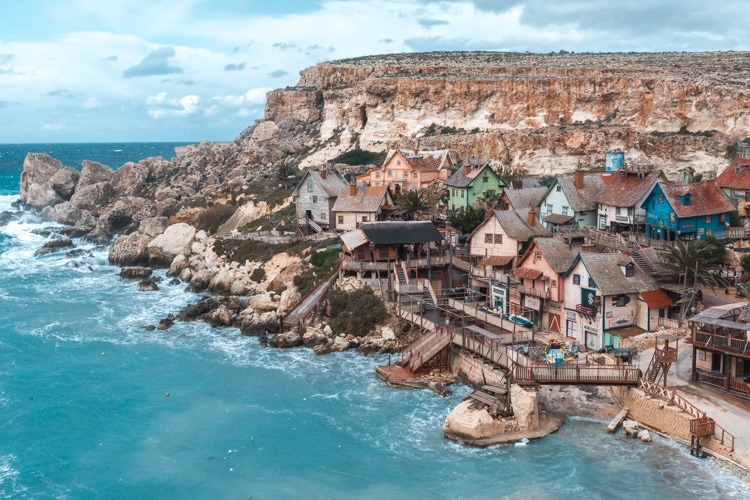 Hal Tarxien is an ancient temple complex with some of the oldest freestanding structures in the world, dating back to 3150-3600 B.C. The Tarxien temples have been listed as a World Heritage Site by UNESCO since 1992 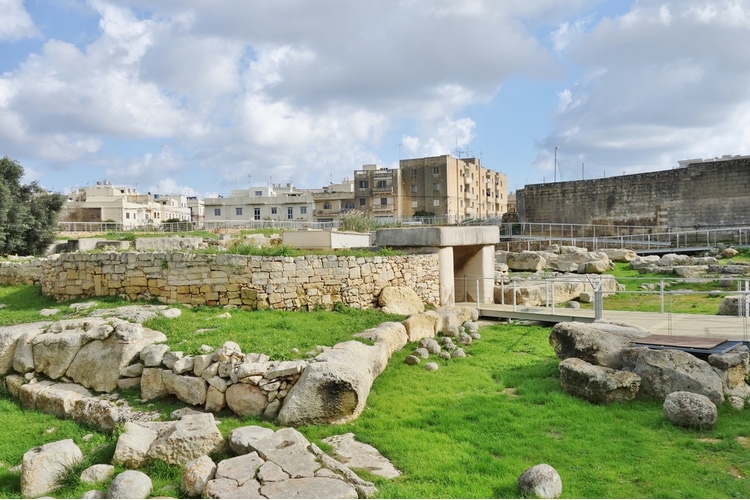 Saint Julian’s is one of the most popular tourist towns in Malta, known for its vibrant nightlife and upscale marina. It’s a great base to explore the main island with several hotels and restaurants. There’s also a lovely beach promenade that connects Saint Julian’s and Sliema. 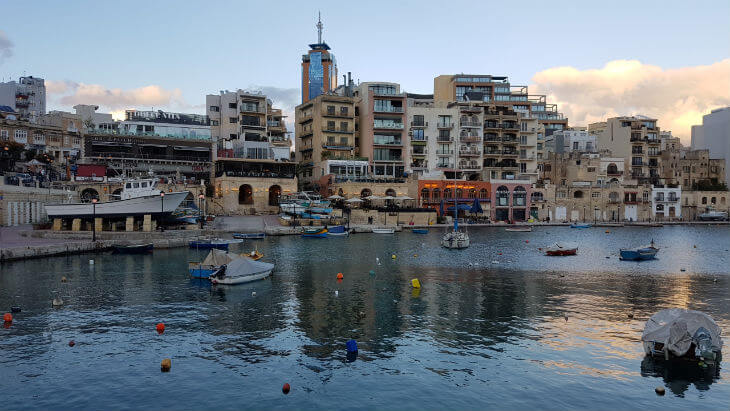 Romantic Places to visit in Malta

Enjoying the sunset from picturesque beaches and cliffs is one of the most romantic things to do in Malta, and there are plenty of options on where to go to for the ultimate sunset view.

Additionally, there are also several charming towns where you can go for a cozy stroll and just take in the quaint vibes and architecture. 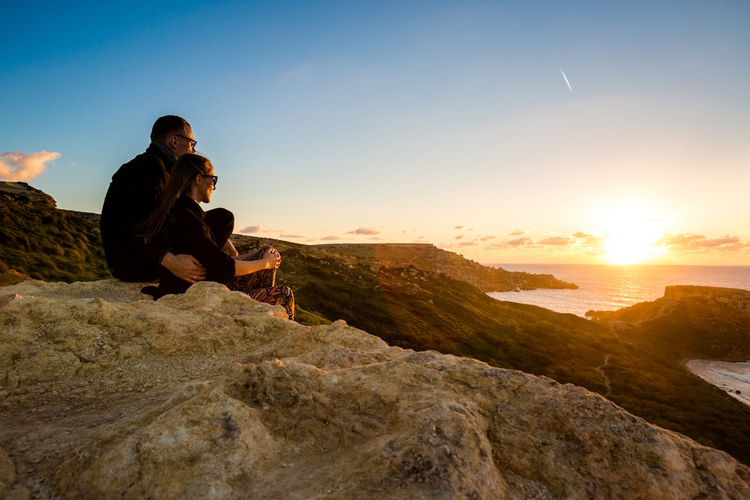 What should I not miss in Malta?

If you’re traveling to Malta on a weekend trip or stay for just a couple of days, these are some of the “must” visit places in Malta that shouldn’t be missed.

My favorite places in Malta are Valletta, Gozo, and Marsaxlokk. If you’re a first-time visitor, make sure to include these in your itinerary. 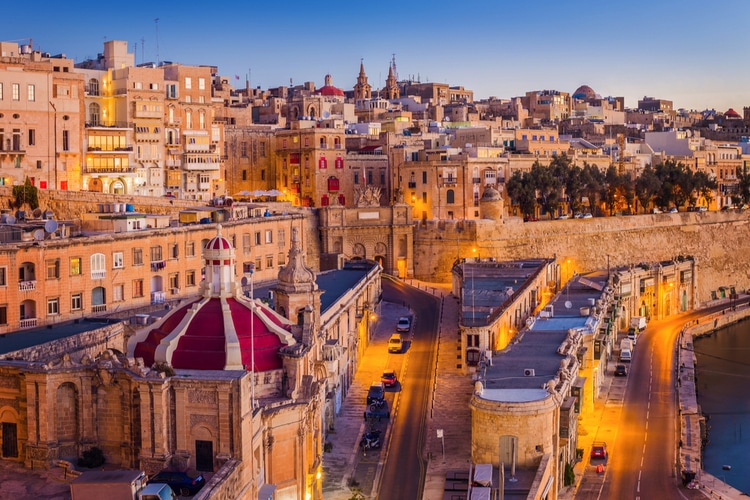 What are your favorite destinations to visit in Malta? Leave a comment below! 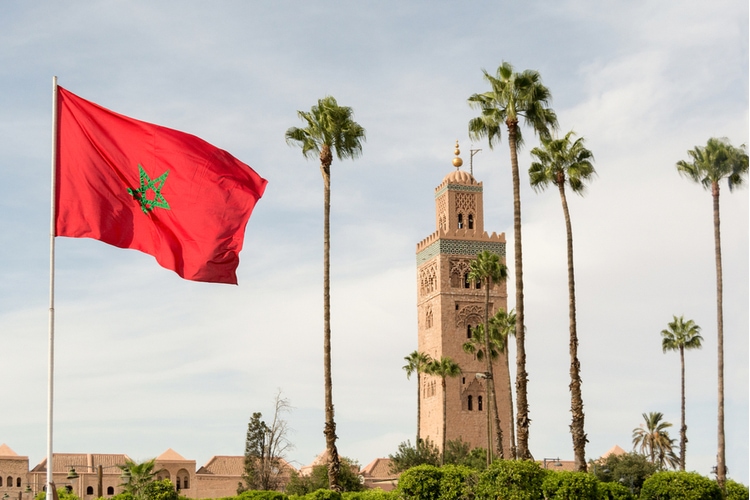 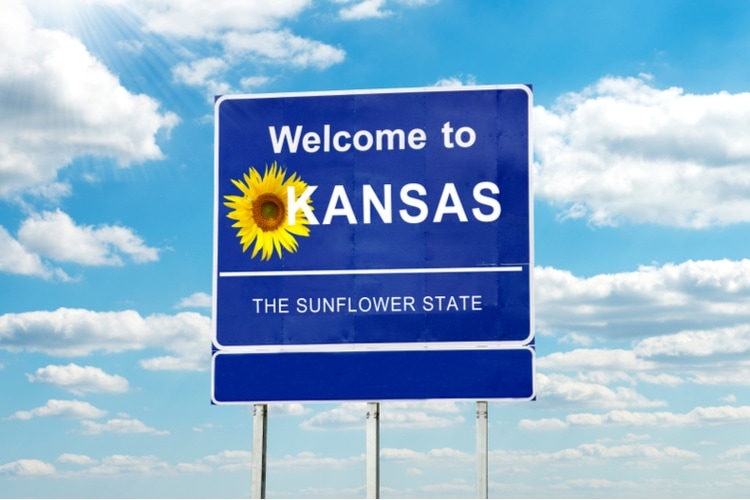 Largest Cities in Kansas in 2020 by population and size
Read Next Post →
Click here to cancel reply.