25 Amazing places to visit in Japan 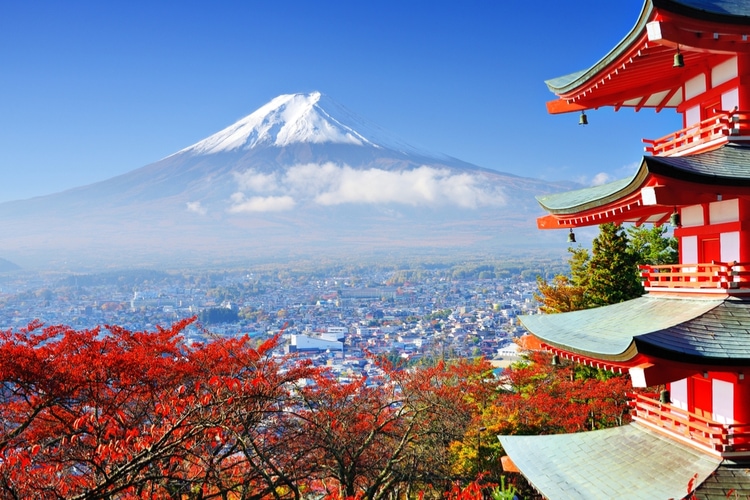 Are you looking for places to visit in Japan? This is one of my favorite countries in the world, and it has so much to offer.

I’ve been to Japan 3 times already for 3 weeks each, and know that it can be hard to choose which places to go, especially if you’re visiting just for 1 or 2 weeks.

To make your travel planning a bit easier, and also inspire a more diverse itinerary, I’ve made a list of 25 Amazing Places to Visit in Japan!

Most people probably don’t think about tropical islands when Japan is mentioned, but Okinawa is truly a tropical paradise. The prefecture consists of several islands where each has its own unique identity.

Okinawa is also one of the blue zones on Earth, where humans have the longest lifespan. Some of the most famous islands are Ishigaki, Miyakojima, Okinawa, Kerama islands, and Kume Island.

In the past, this was a part of the Ryukyu kingdom. This is also where you can get the famous ice cream with Okinawan salt. Another famous site is Mount Fuji, which is famous for being the highest point in Japan, and also for the beautiful five lakes.

Most tourists go here during cherry blossom or autumn season, but it’s a great destination in the summertime as well. 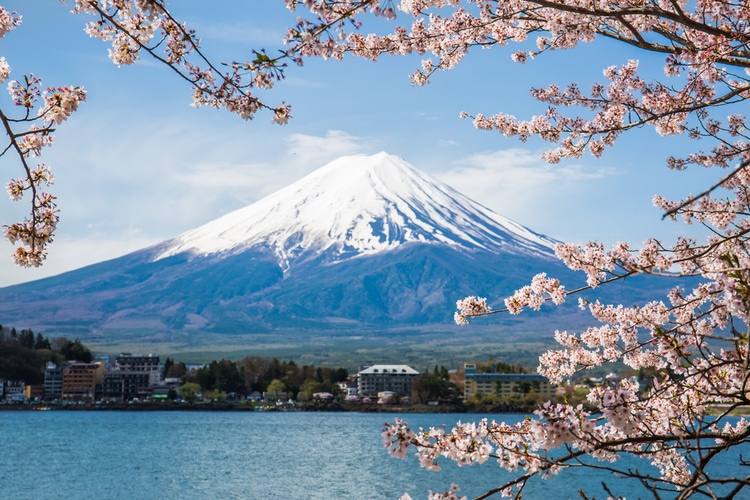 Osaka is unfortunately often overlooked by international tourists. More and more tourists find their way here, and there is quite a large expat community here, but it still gets overshadowed by Tokyo and Kyoto.

Personally, I really enjoy Osaka and think it has so many fun activities and nice attractions. Some of the highlights include the Osaka Castle, Dotonbori, Tsutenkaku, and Namba. 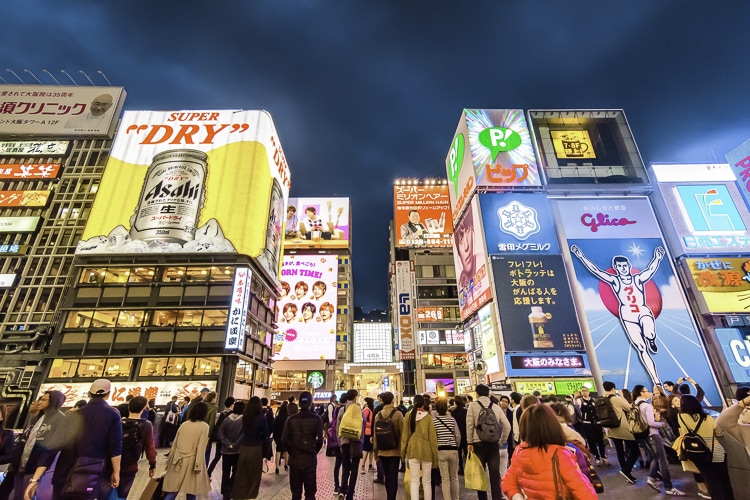 Just a short train ride from Osaka or Kyoto, one can visit Nara. The city has become world-famous for its deer that roams freely in the city, but there are also many beautiful temples and historical sites that shouldn’t be missed.

Fun fact about the deer of Nara, they bow to you to show respect when they ask for deer cookies. They are believed to be the messengers of God, and they have co-lived with the locals for centuries. 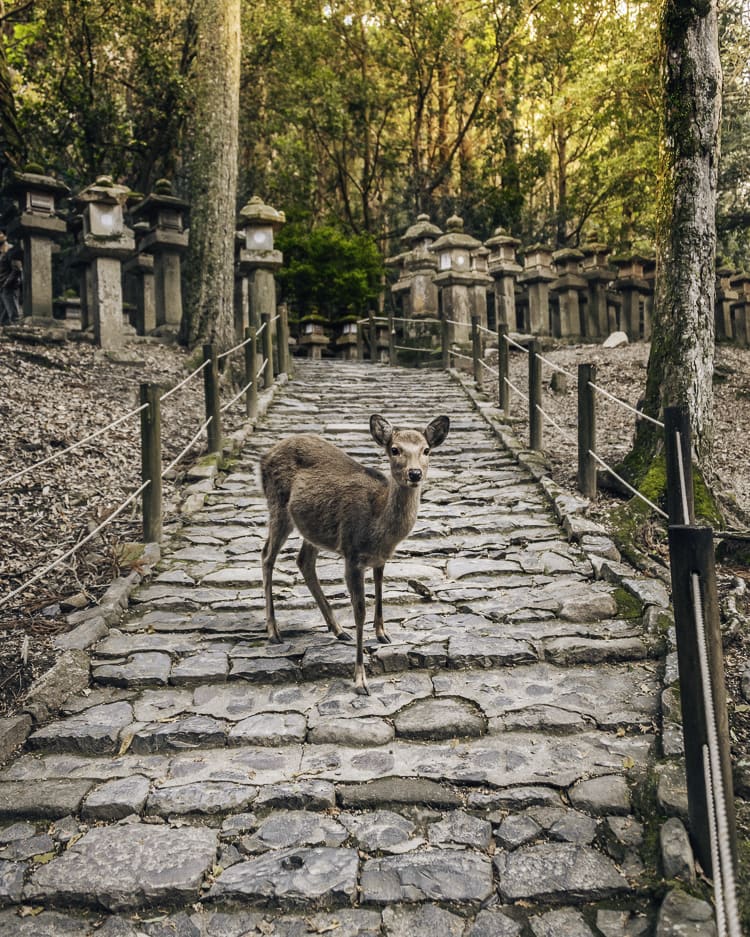 One of the main shrines and sites of the Kumano Kodo pilgrimage route.

The Kumano area is situated about 100 km south of Osaka, on the Kii Peninsula. And it takes about 3 hours to drive to Kumano from Osaka. I suggest to stay several nights here and hike to different shrines and trails of Kumano.

The shrines and surrounding nature are truly beautiful, and it’s without a doubt one of the best places to visit in Japan. 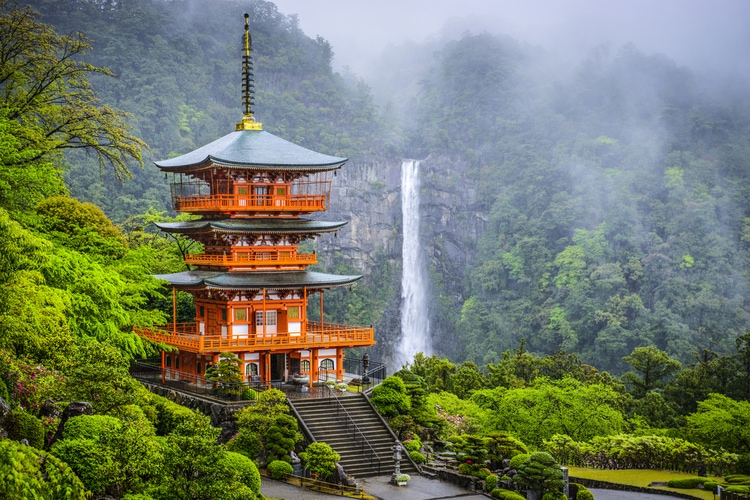 You don’t have to be a crazy cat person to enjoy this peculiar island, you just have to like cats, because there are lots of them. And when I say lots of them, think thousands of cats.

There are actually 3 cat islands in Japan, but the most famous one is Tashirojima. The cat population actually exceeds the number of people living there, and it’s one of the best places to visit in Japan if you want a unique animal experience. 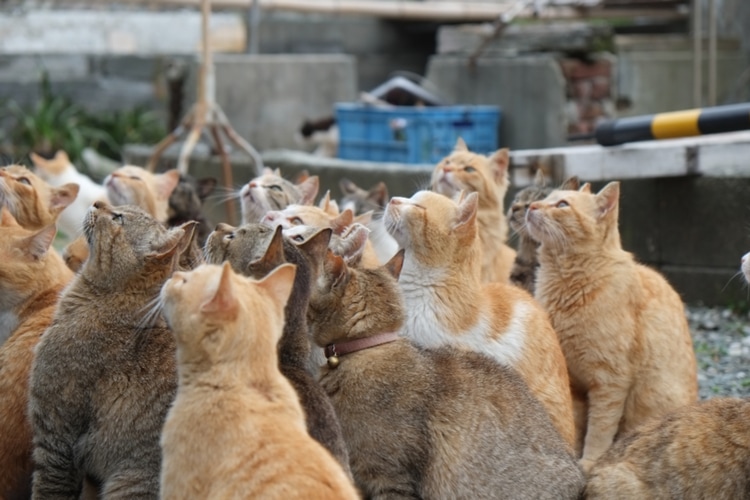 A holy mountain in the Wakayama prefecture, 85 km south of Osaka. The Koyasan is home to the Buddhist sect known as Shingon, and this is one of the best places to visit in Japan, if you want to stay overnight in a temple, and learn more about the lifestyle of Buddhist monks.

At such stay, you will also get to taste Buddhist cuisine (vegetarian) and attend the morning prayers. It’s a very memorable experience, and the surrounding nature of Koyasan is also stunning. 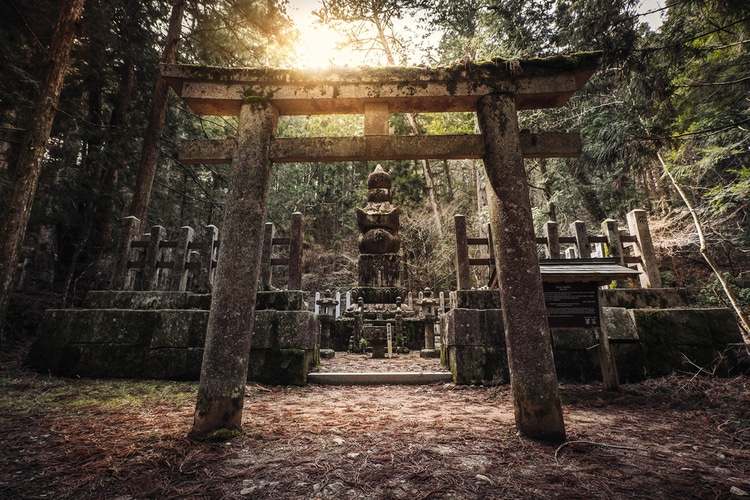 The fourth-largest city in Japan is often overlooked by international tourists. However, the city has an interesting mix of the new and old where the Nagoya castle is towering the skyline.

From here it’s also easy to travel to the Japanese Alps, Takayama, and Matsumoto. 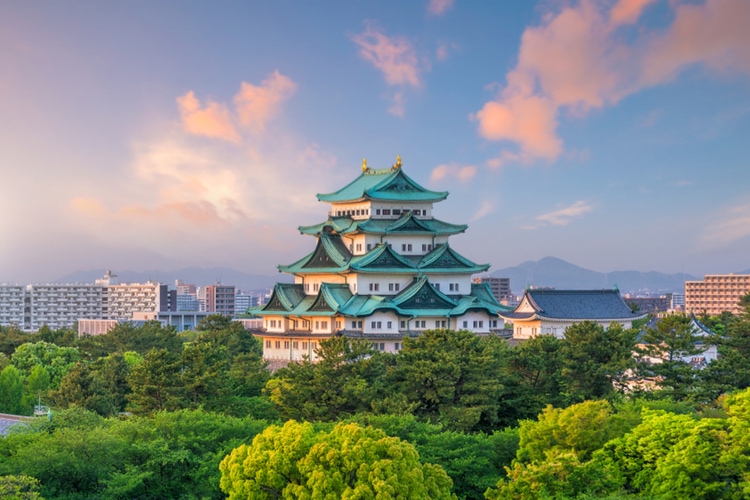 Rice is a staple food in most Asian countries, and Japan is not an exception. With rice, often comes scenic rice fields or rice terraces, and one of the best Japanese places to enjoy rice terraces is Maruyama Senmaida. 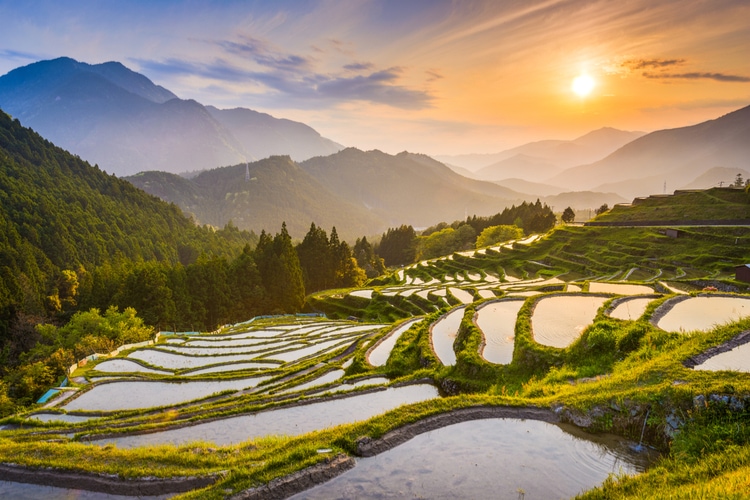 This city became world famous after the US detonated an atom bomb in 1945. A horrible event that caused severe damage to the city and its people for a long time.

Luckily, Hiroshima today has recovered, and even though the Peace Memorial stands as a memory, you wouldn’t think about it unless you knew about the bombing of Hiroshima before visiting.

Some of the attractions are the Hiroshima Castle, Itsukushima, A-Bomb Dome, and Miharashi Hot Spring. 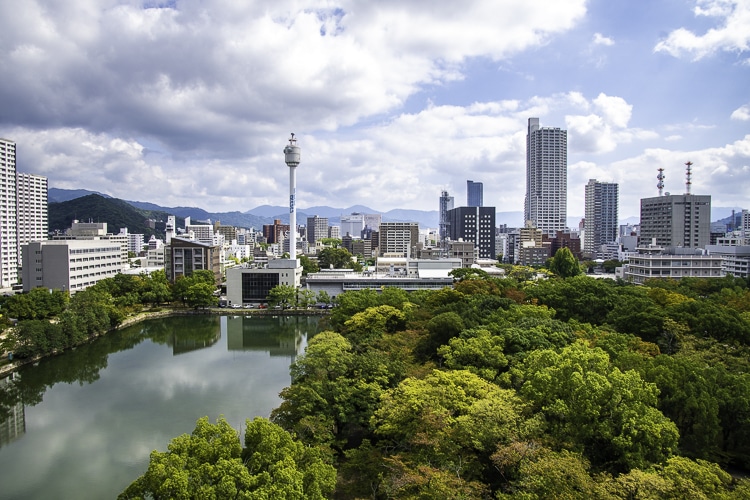 A hidden gem in the north of the country. If you like to be outdoors, go hiking or just enjoy beautiful scenery, this is a destination for you. Hokkaido is one of the best places to visit in Japan for hikers and outdoor activities.

However, you need to go here during summer for this as the winter is full of snow (which is great for skiing btw). 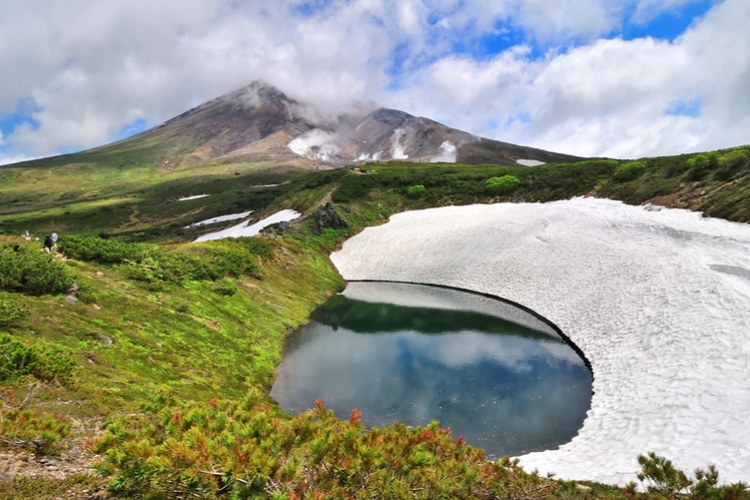 Jigokudani Monkey Park is located in Yamanouchi in the Nagano prefecture, and every winter, macaques come down here to enjoy the hot springs. In recent years, it has also grown in popularity among tourists, and it’s definitely a unique experience. 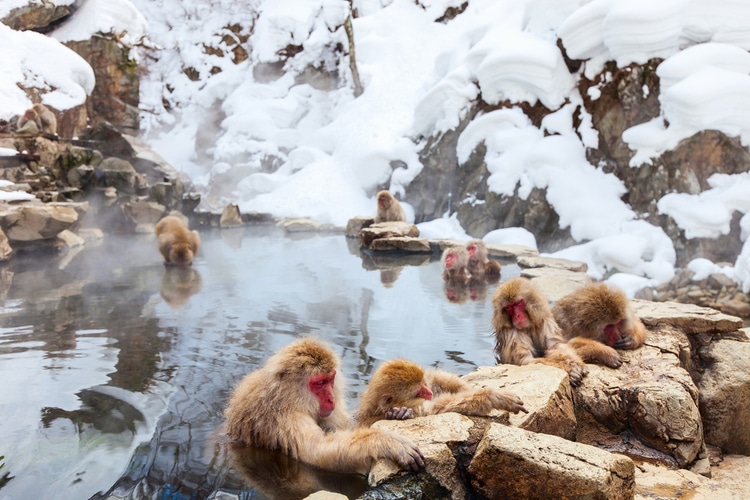 Often nicknamed as “Little Kyoto”, this traditional town offers visitors a glimpse back in history. During the Edo-period, Kanazawa was home to the Maeda Clan, which was one of the most powerful clans in Japan.

However, although Kanazawa is home to many traditional buildings and historical places, it has perhaps become even more famous for its Japanese Garden, known as Kenrokuen, which is considered to be one of the best. 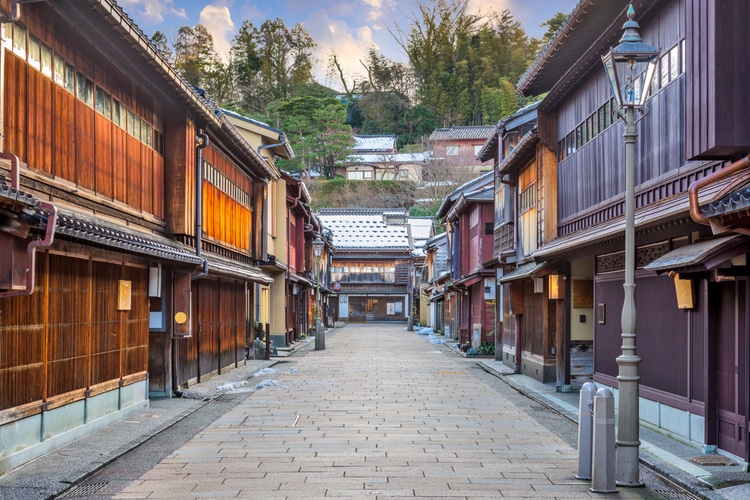 A historical town that became the seat of Minamoto Yoritomo and the political center of Japan in the 12th century. For more than a century, Kamakura and its government ruled over Japan.

Today, it’s a popular tourist destination with many impressive temples, statues, and shrines. Kamakura is just a little more than 1 hour away from Tokyo by train, so it’s very easy to come here on a day trip as well.

The most famous structure in Kamakura is without a doubt the Great Buddha statue. 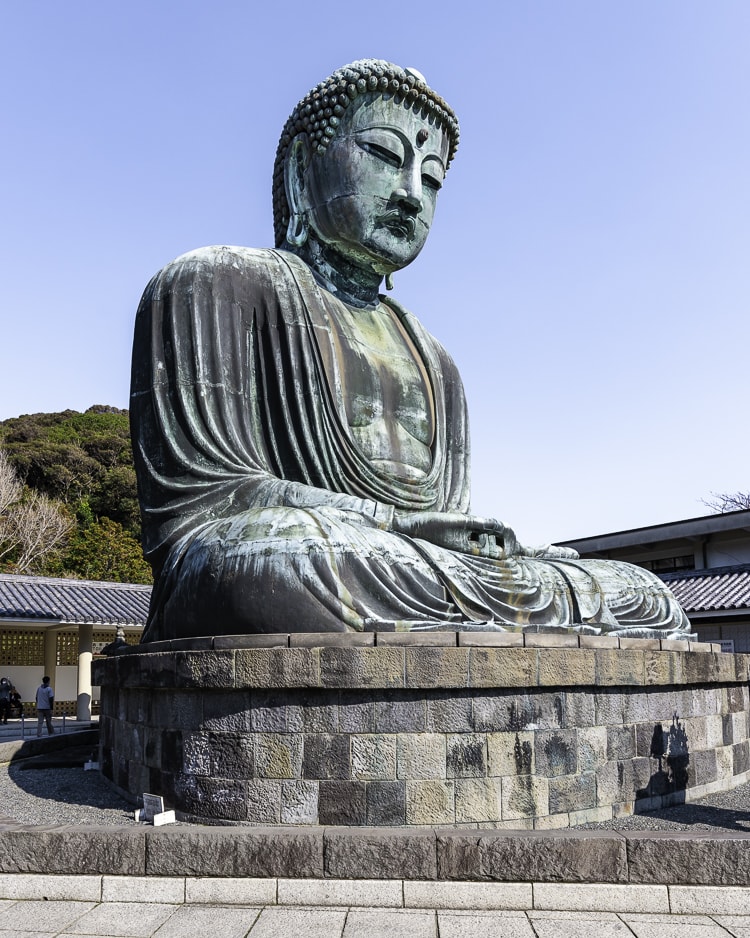 Takayama is another traditional Japanese town with very well-preserved houses, temples, and shrines. If you’re interested in Japanese history and culture, then Takayama should definitely be included in your itinerary.

The Takayama festival, held in spring and autumn is also regarded as one of the best festivals in Japan. 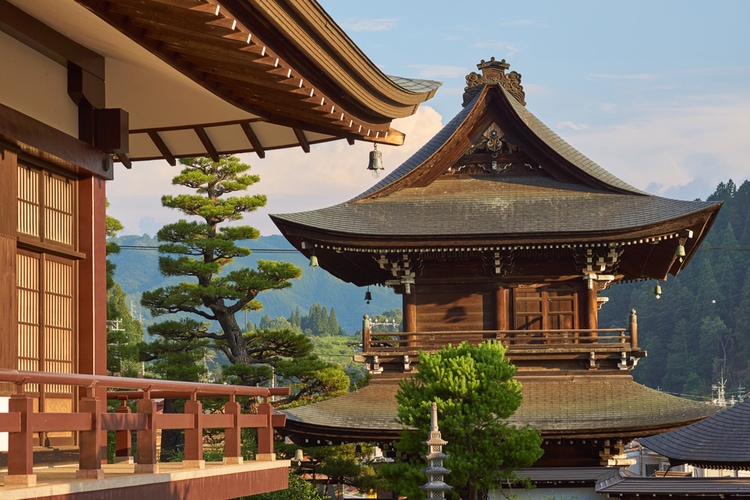 Kyoto is the cultural center of Japan, and it’s not only popular among international tourists, but also Japanese tourists from all over the country.

The best time to visit Kyoto is during the Cherry Blossom season and Autumn Color season. However, if you want to admire the temples and historical places with fewer crowds, you should definitely avoid those two seasons. 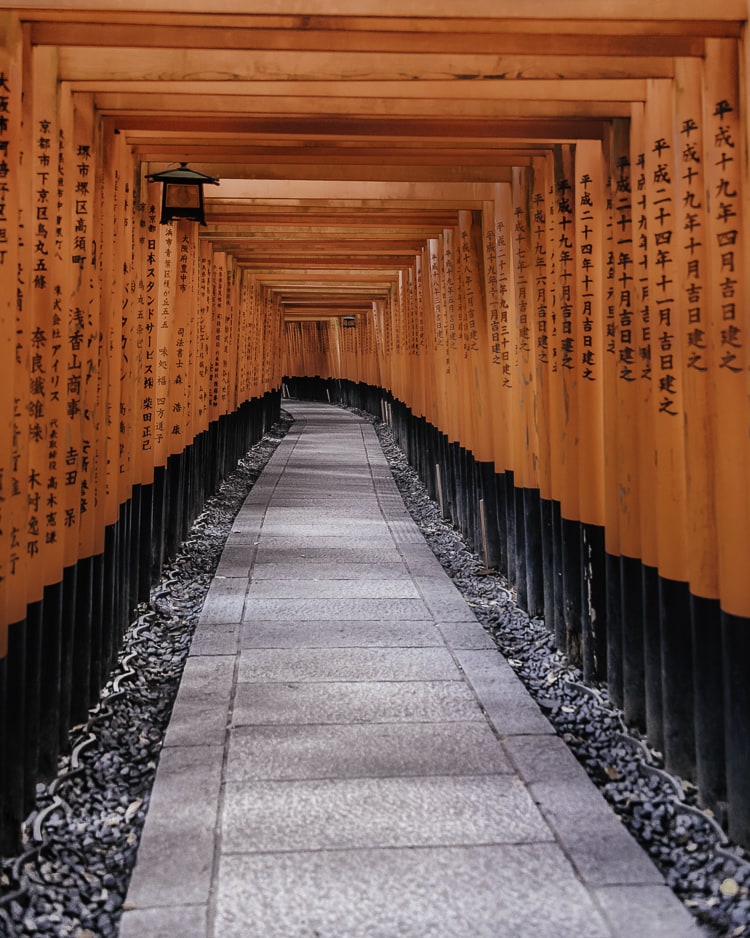 Arashiyama is actually located in the outskirts of Kyoto but is often mentioned as a separate place. It’s very easy to get here by bus or train from Kyoto, and it has become especially famous for its Bamboo Grove.

However, there is more to Arashiyama than just one Bamboo Grove (there are actually many bamboo groves), and you can visit temples, local shops, and go for a boat ride on the Katsura river.

The nature around Arashiyama is stunning, especially during cherry blossom and autumn foliage season.

The Bamboo Grove pictured below is actually not the most famous one, but to me, it’s the most beautiful one, and it’s less crowded as well. This one is located in the Adashino temple, about 20 minutes walk from the main Bamboo Grove in Arashiyama. 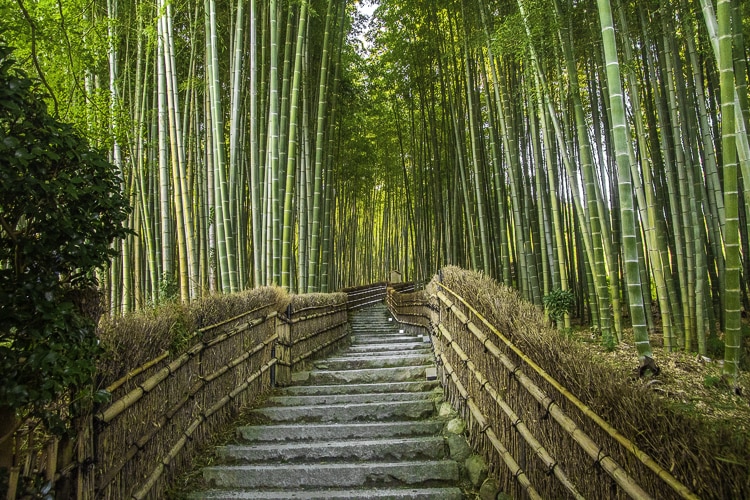 I went to Nikko for the first time last autumn and it was amazing. There are so many temples and shrines as well as beautiful nature.

Tourists come here year-round, but it’s especially beautiful in autumn when the leaves change in color.

In my opinion, visitors should spend at least 2-3 days in Nikko as there is so much to see, but it’s also possible to go for a day trip from Tokyo since it’s just 2 hours away by train or car. 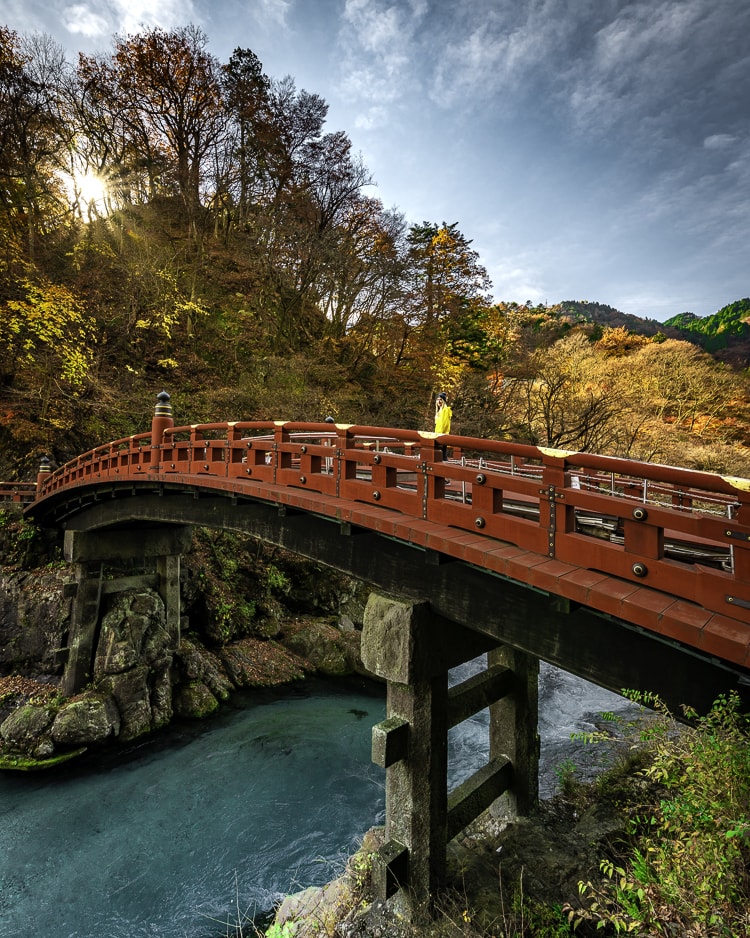 This island is located about 1 hour away from the center of Hiroshima, and it’s home to a very famous shrine known as Itsukushima. 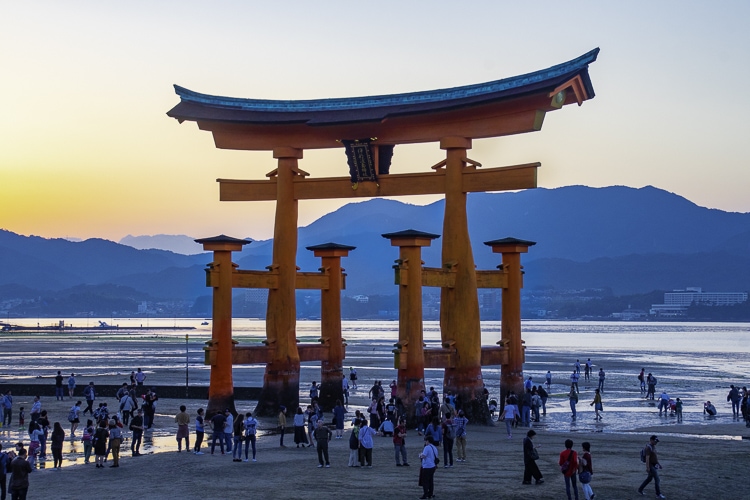 Did you know that Niseko has some of the best ski-slopes in all of Asia? It’s truly a paradise for skiers and snowboarders. 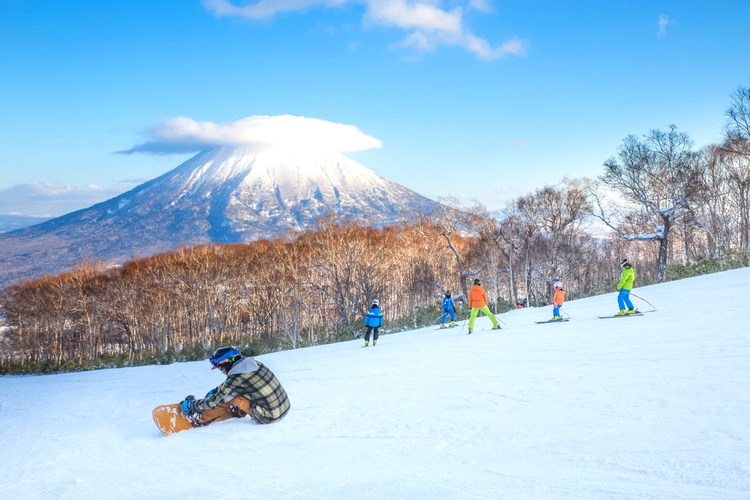 If you’re traveling to Tokyo or Mount Fuji, you shouldn’t miss to include Hakone. It’s famous for its many onsens, beautiful scenery, and the Shinto shrine on the shores of Lake Ashi. 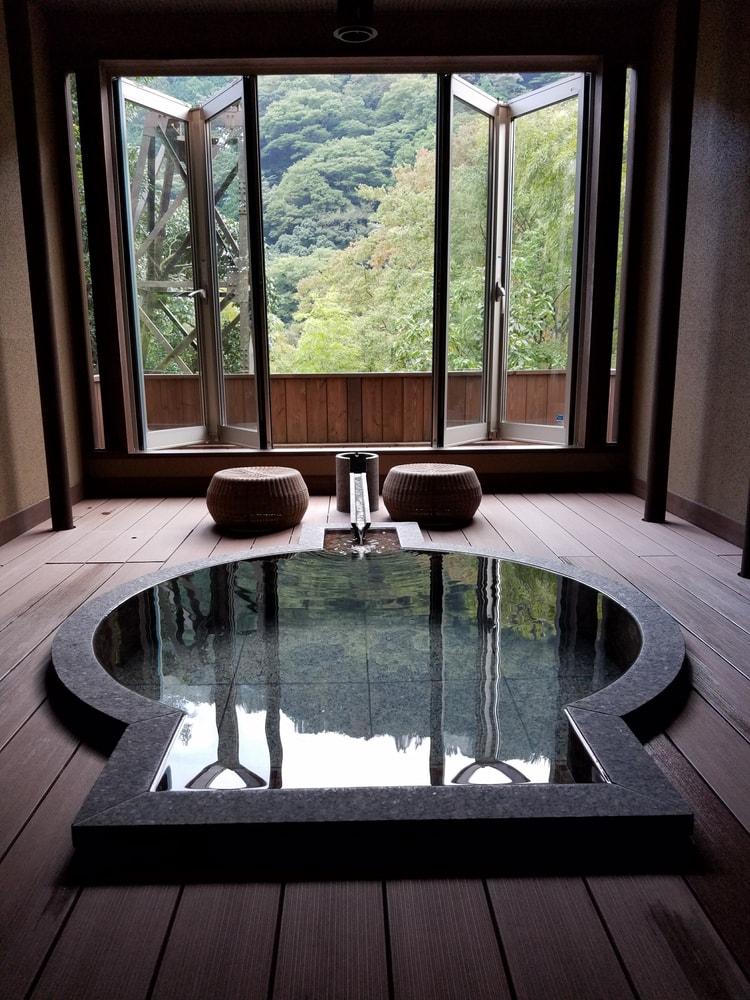 A Japanese castle in Himeji that has been inscribed as a UNESCO World Heritage Site. It’s regarded as one of the most beautiful castles in Japan, and it was built already in 1346.

Luckily the castle didn’t get heavily damaged during the bombings in World War II.

The most impressive season to visit Himeji is during cherry blossom, but it’s of course also spectacular at other times of the year. You can easily travel to Himeji from Kyoto or Osaka. 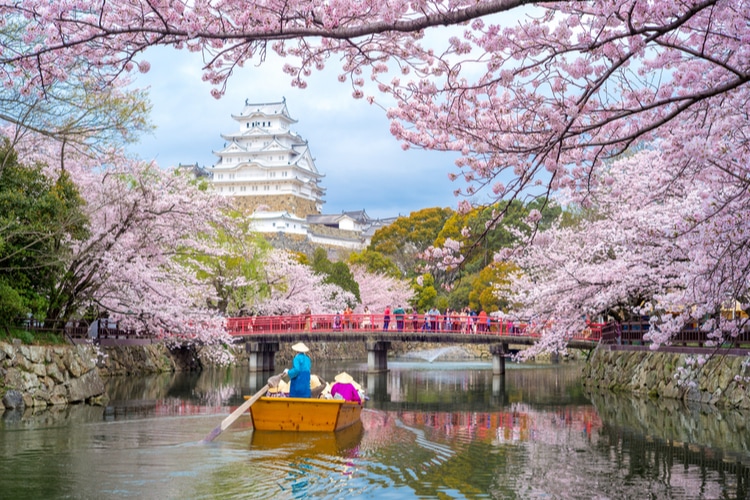 Another Japanese World Heritage Site, nestled into a valley in the Japanese Alps. The village is famous for its traditional and unique houses built in wood with roofs made from thick layers of reed.

Some of the houses are more than 250 years old. 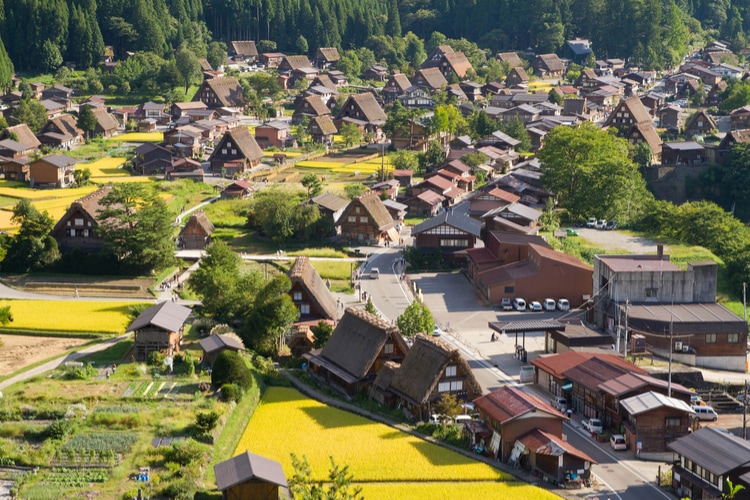 Yokohama is the second-largest city in Japan, and what’s even more fascinating is that it could almost be considered as an area of Tokyo since it’s just 1 hour away by train.

It doesn’t have many old places or temples of interest, but it does have an international hipster vibe plus a very big Chinatown. 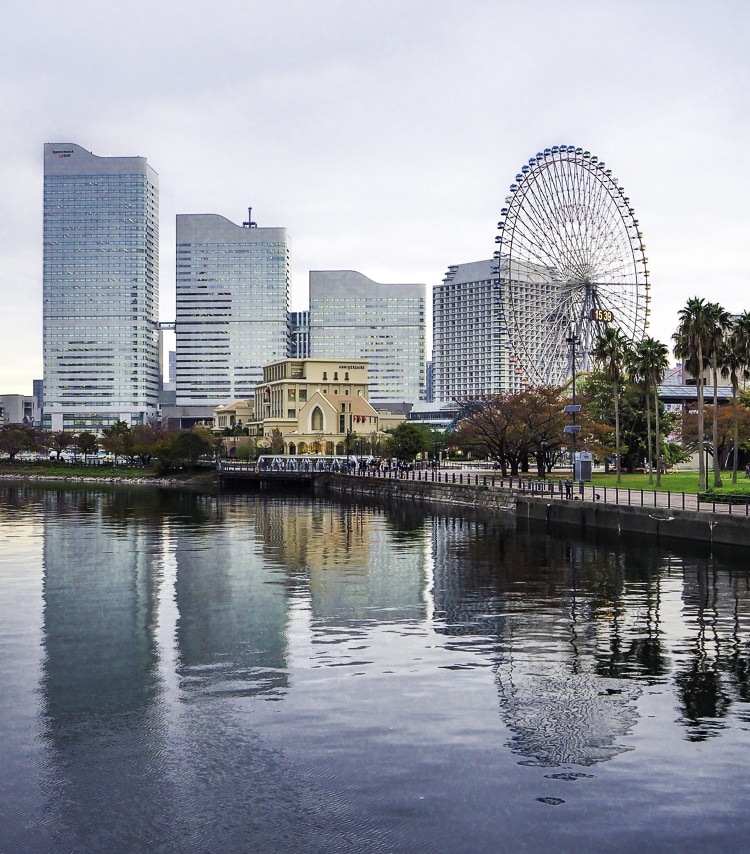 The capital of Japan and the world’s largest city have something for everyone and there’s an incredible mix of the hypermodern and the old. Not many cities in the world can offer this, and you can easily spend weeks or even months in Tokyo without getting bored.

Each area has its own charm, and some of my favorite areas include Shinjuku, Asakusa, Shibuya/Harajuku, Shimokitazawa, and Akihabara. 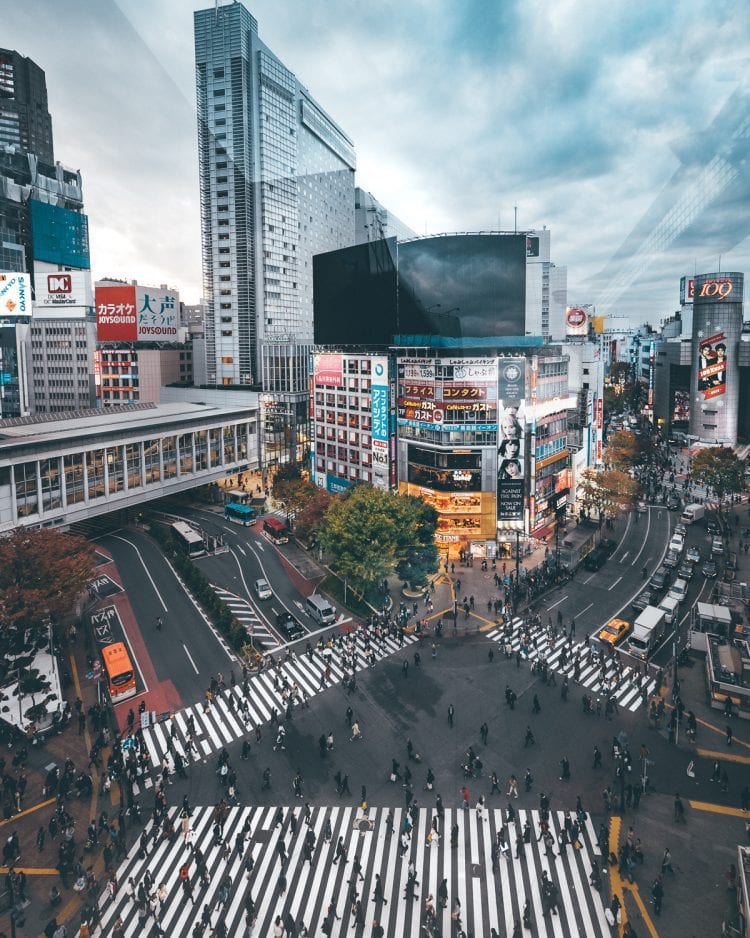 Places to visit in Japan for first-time visitors

For a first-time visitor, I would suggest these destinations into your itinerary.

All of the destinations on the list above with 25 amazing places to visit in Japan are worth a visit, but some of them take more time to visit. As a first-time visitor in the country, these are some of the easiest places to start with. 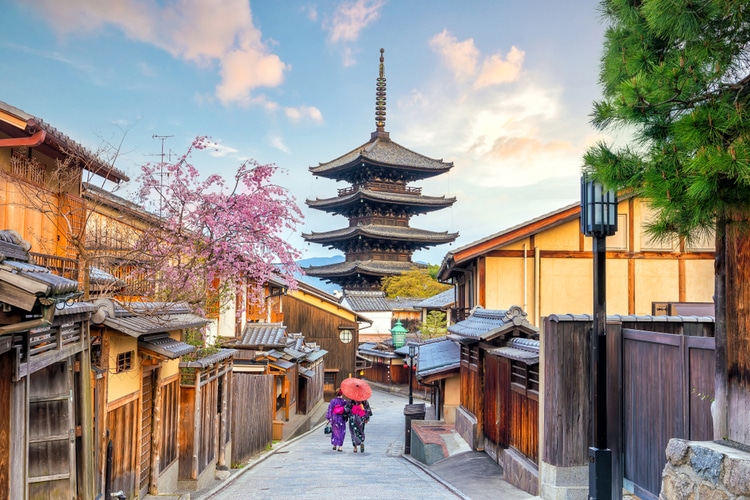 So, now that you know about all these amazing places to visit in Japan, it’s time to book your trip!

Japan is an incredible destination where you can spend weeks or even months. If you have suggestions on other beautiful places to visit in Japan, feel free to share in the comment section! 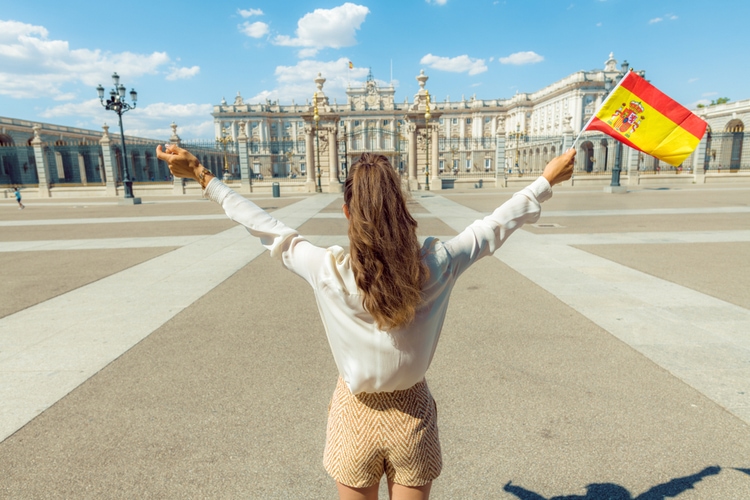 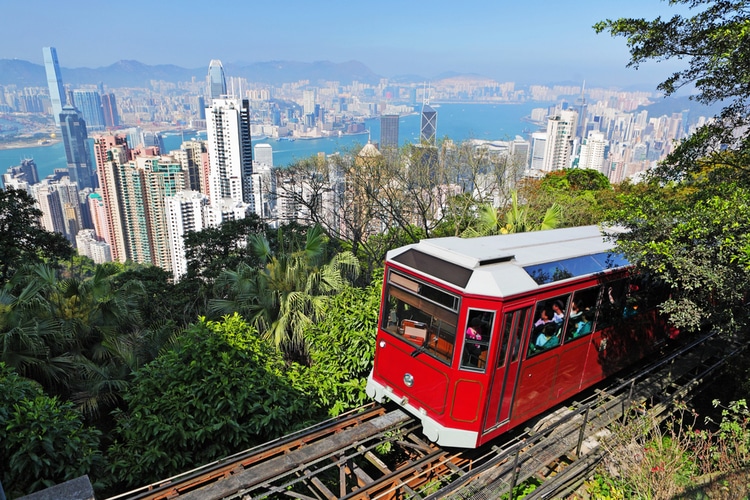 Really clear, informative and quality article. Thank you! Would you say one week to start with is enough to visit Tokyo, Kyoto, Osaka, Mount Fuji, Nara, Nikko and Okinawa?

I read a lot about Japan.

I want to go to Tashirojima.

One more thing is I heard that there is a Cuddle Caffee in Japan.

Can you please tel me Alex Is it true or not?

Hello Ravi, thanks for your comment! Yes, it is true that there are cafes where strangers can cuddle with the staff. But it's more like hugging or laying down in their lap or just being close to them. So, there is nothing sexual about it.

I visited Hokkaido last winter. My first time skiing! Never been there during summer season.