25 Amazing Places to Visit in Croatia 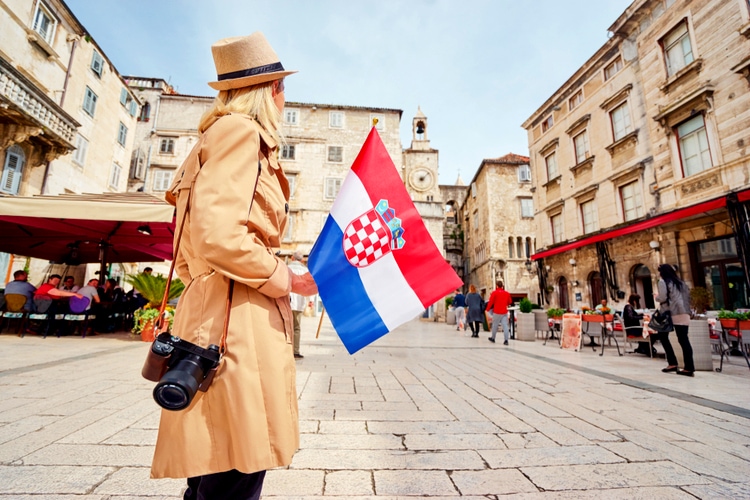 Croatia has quickly become one of the hottest destinations in Europe in recent years, and here are 25 Amazing Places to Visit in Croatia that I think you should include in your bucket list!

A historic city in central Dalmatia that was founded by Croats. Sibenik is especially famous for its Cathedral of Saint James, which was built in 1402. 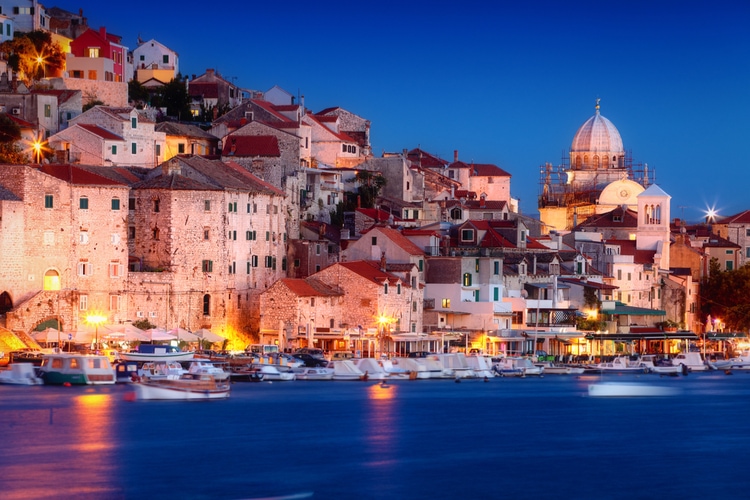 In the Northern part of Croatia, about 80 kilometers from Zagreb, you can find Varazdin which is known for its many baroque buildings as well as food and music.

It’s often overlooked by international tourists, but it’s without a doubt one of the most beautiful places to visit in Croatia. 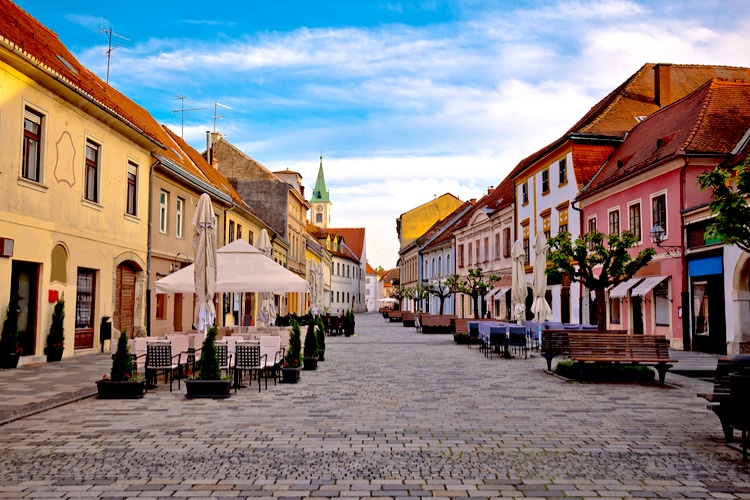 Osijek is the cultural center and largest city in the region of Slavonia. It has a long history and has been inhabited since Neolithic times.

It was almost completely destroyed after the Ottomans conquered the city in the 1500s, and the Turks rebuilt it in their traditional oriental style. Approximately 120 years later, it was liberated by the Habsburg empire, which once again transformed the city. 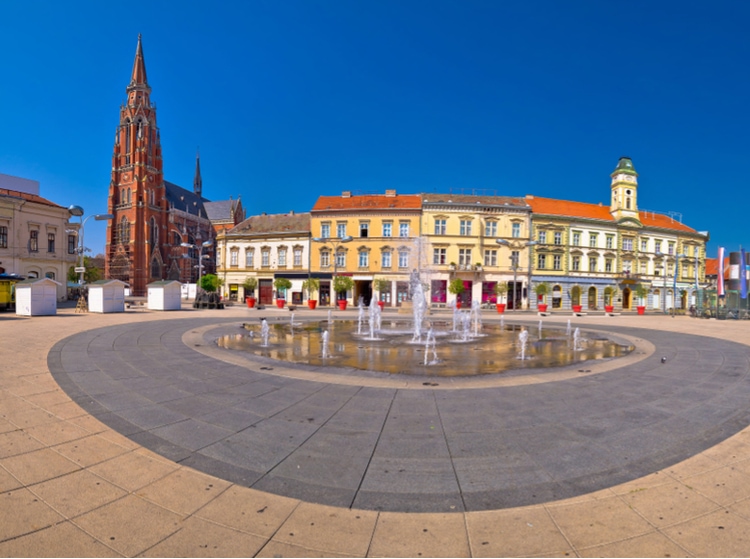 Did you know that much of the Mamma Mia 2 movie was filmed in Vis? That’s right, but there are many more reasons to visit this charming old island.

Vis is home to some beautiful beaches, impressive Venetian architecture and some of the best seafood restaurants in all of Croatia. 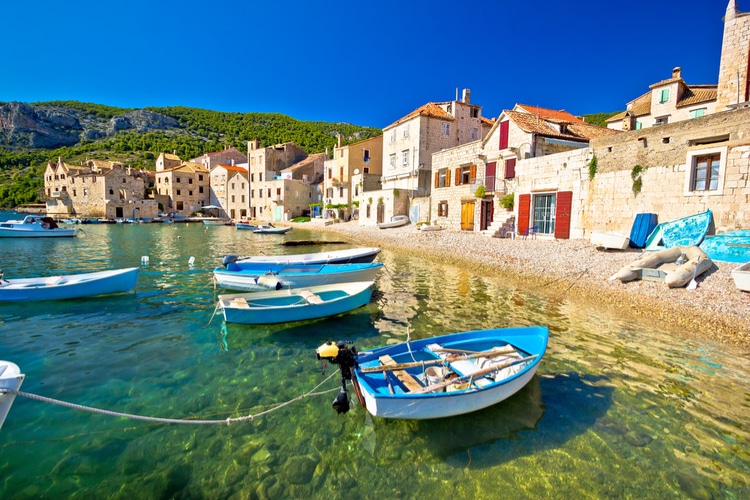 One of the natural wonders of Europe, the Plitvice National Park is one of the most visited national parks in Croatia, and rightly so.

It features beautiful scenery with several lakes and pathways where you can walk around. Further inside the national park, there are even Croatian bears that are roaming the local forests.

If you want to see impressive castles in Croatia, then you must visit the Trakoscan Castle in Northern Croatia. It’s a cultural heritage that dates back to the 13th century. 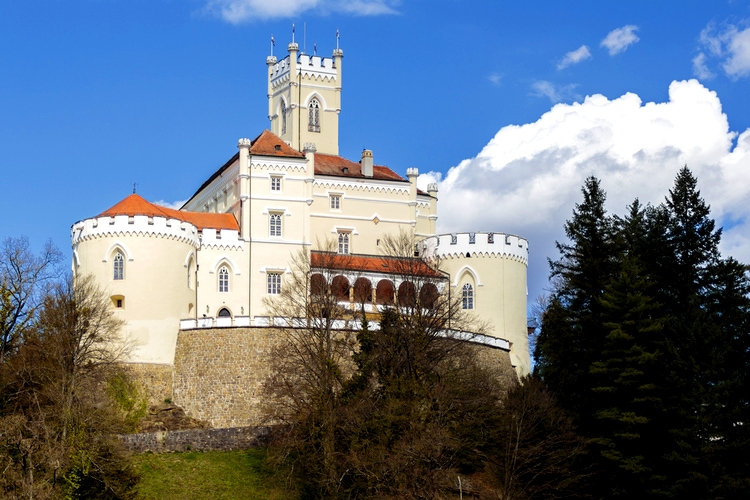 Rovinj has maintained its charm despite the influx of tourists, and even today it’s an active fishing port where you get the cozy feeling of being in a smaller fishing village. Thanks to this, Rovinj also has some of the best seafood restaurants in the country. Hvar is one of the most famous Croatian islands and has been for quite some time. In recent years it has attracted a lot of jet setters, but it was famous already in ancient times for its strategical position.

Hvar also has a pleasant climate and beautiful nature to explore with vasts fields of olive trees, lavender fields, and vineyards. It is also famous for its lively nightlife.

Hvar offers its visitors a rich cultural heritage, and the island has an impressive mix of Roman and Gothic architecture as well as Venetian buildings.

Does it remind you of the Great Wall of China? It’s not a replica, but the city wall in Ston is the second longest city wall in the world. Ston is a small and charming town in the Southern parts of the country and it’s also famous for its salt production. 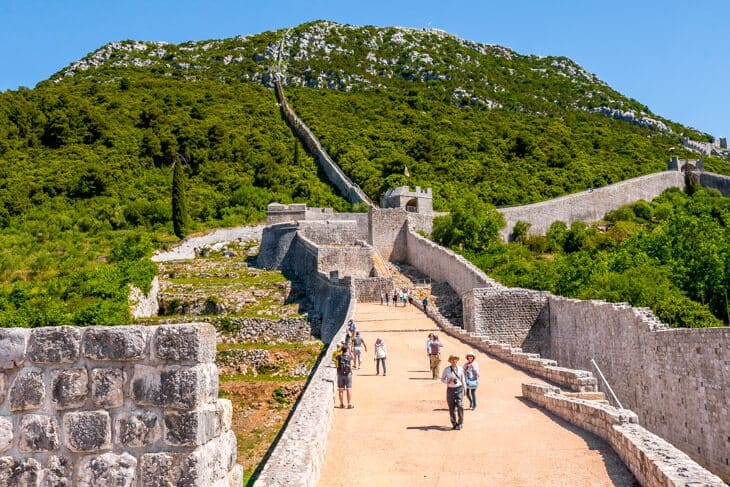 Krka is another beautiful national park, and one of the most beautiful places to visit in Croatia if you want to go for a swim. Because contrary to Plitvice, where you’re not allowed to swim, visitors can enjoy the natural pools of Krka. 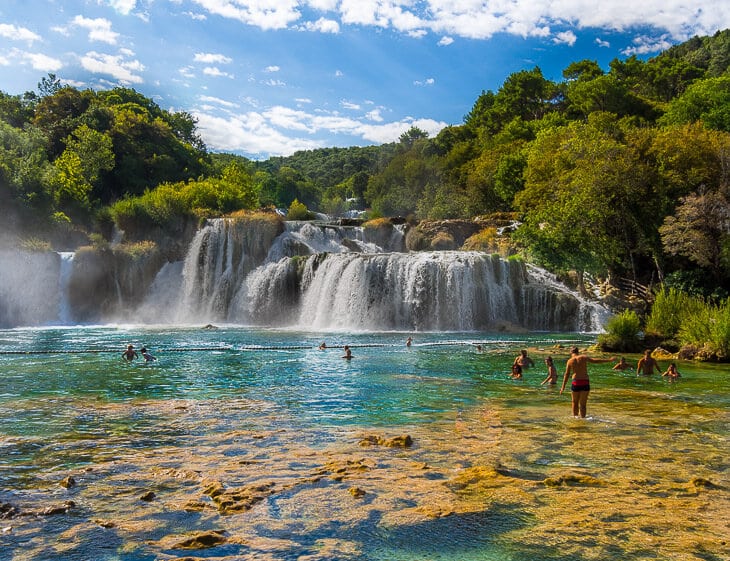 A beautiful mountain village in central Istria. Motovun is a medieval town with a population of just 531 people and I consider it as one of the most picturesque places to visit in Croatia! 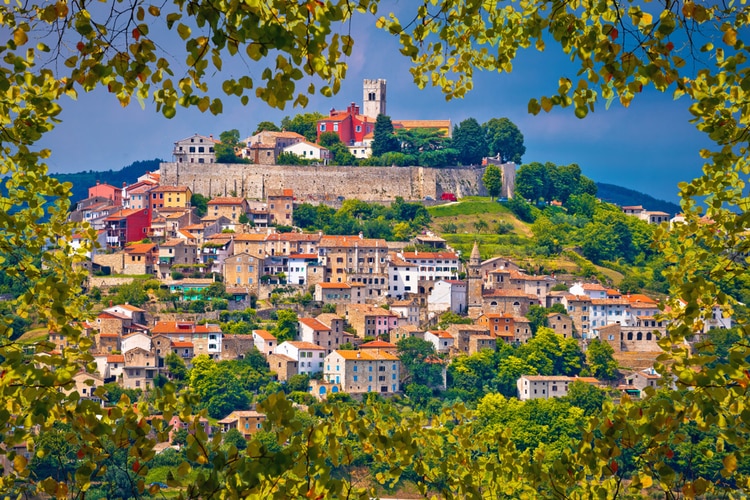 The largest city on the Makarska Riviera has some epic backdrop in the form of the majestic Biokovo mountain range. Down by the center you can stroll around boardwalks lined with palm trees and old historical buildings.

It’s a nice contrast, and the old town center is charming with many nice restaurants and bars as well. 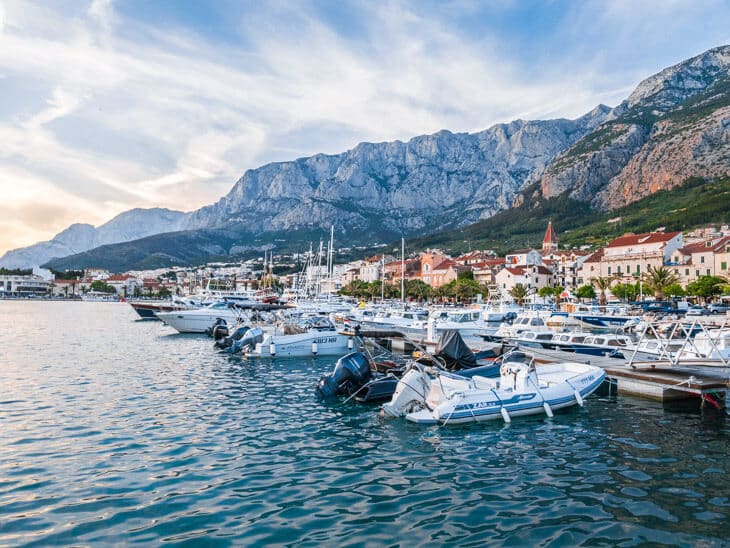 The Golden Horn is a beautiful and famous beach on the Croatian island of Brac. Zlatni Rat is especially famous for its beauty as well as the tip that shifts according to tides, waves, and winds. 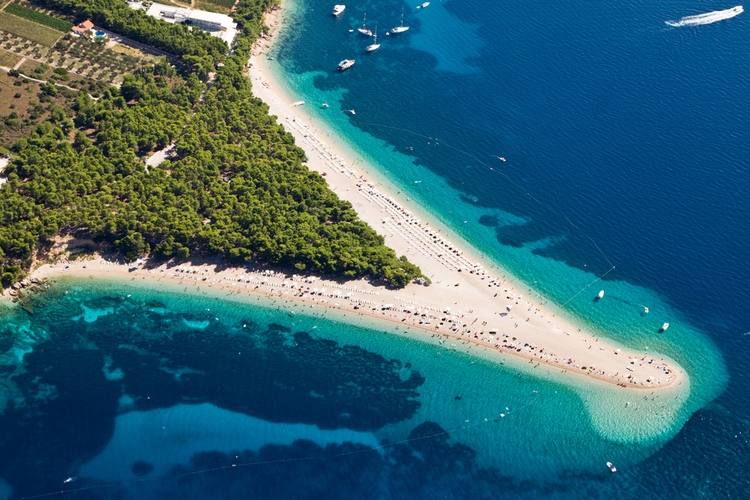 Primošten is a beautiful coastal town between Sibenik and Trogir and it’s especially famous for its beautiful vineyards. Here you will also find one of the most beautiful beaches in Croatia, the Mala Raduca. 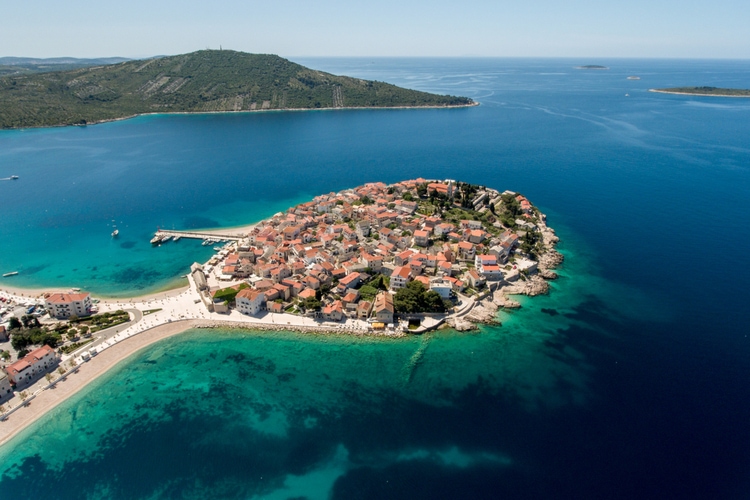 Dubrovnik quickly became the most famous city in Croatia after being the filming location for King’s Landin in the Game of Thrones TV-Series. But the fame of Dubrovnik didn’t start from there, and it has in fact been an important and powerful city in Europe for centuries.

It was the capital of the Republic of Ragusa and was listed as a World Heritage Site by UNESCO in 1979. 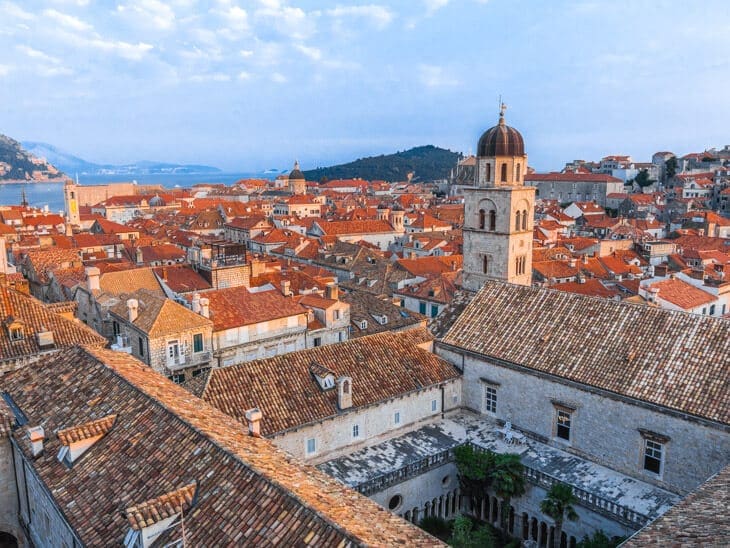 Korcula is a beautiful island that belongs to the central Dalmatian archipelago, and it’s famous for its wine and historic city center.

It is said that Korcula was founded by the Trojan Hero Antenor in the 12th century B.C. 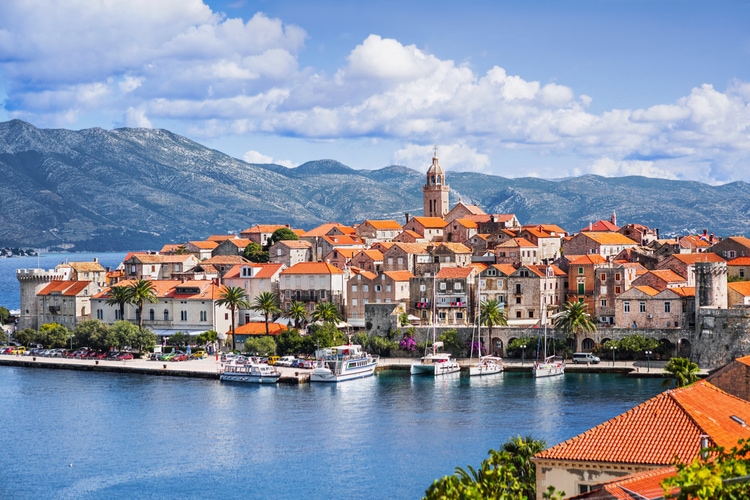 If you’re a foodie lover or more specific a Cheese-lover, a visit to the Croatian island of Pag is a must to try. The Pag cheese is famous all over the country, and it’s one of the best types of cheese I’ve eaten. 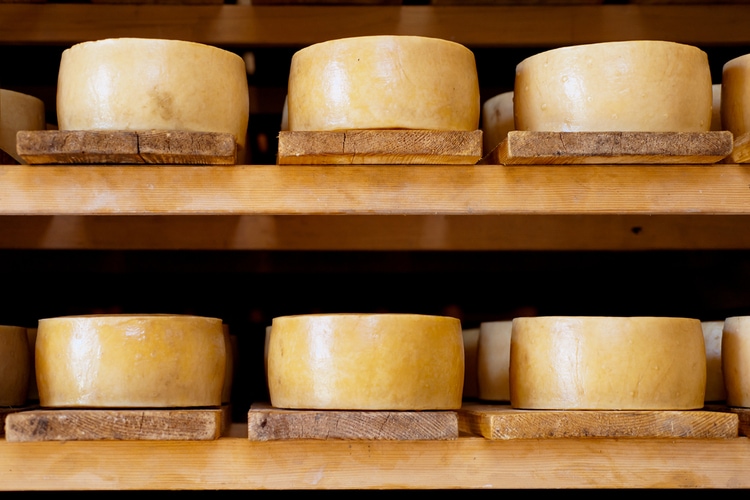 Pula is home to one of the most well-preserved Roman amphitheaters in the world, but it’s also a lovely destination by itself. Pula is located in southeast Istria and has everything you could wish for from a great vacation, including interesting historical sites.

These uninhabited islands can be visited on a day trip from Zadar, Sibenik or Split, and if you want to be adventurous you could even stay overnight in one of the cottages. It’s a great place to enjoy nature and the crystal clear blue waters. 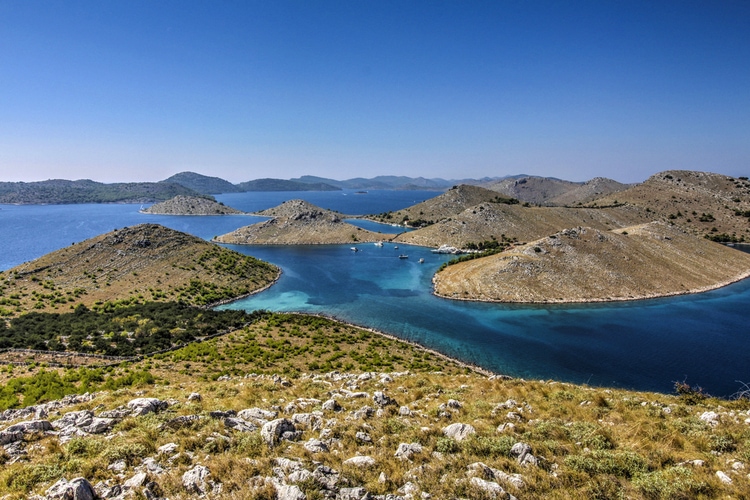 Split is perhaps my favorite city in Croatia, and it’s one of the best weekend destinations in Europe. The old town is characterized by Diocletian’s Palace, which was built by the Roman emperor in the 3rd century AD.

It also has a beautiful Riva filled with bars and restaurants where you can sip on some nice drinks and people-watch. From Split, it’s also easy to reach the islands of Hvar, Brac, Korcula, and Vis, which makes it a great base to explore southern Croatia. 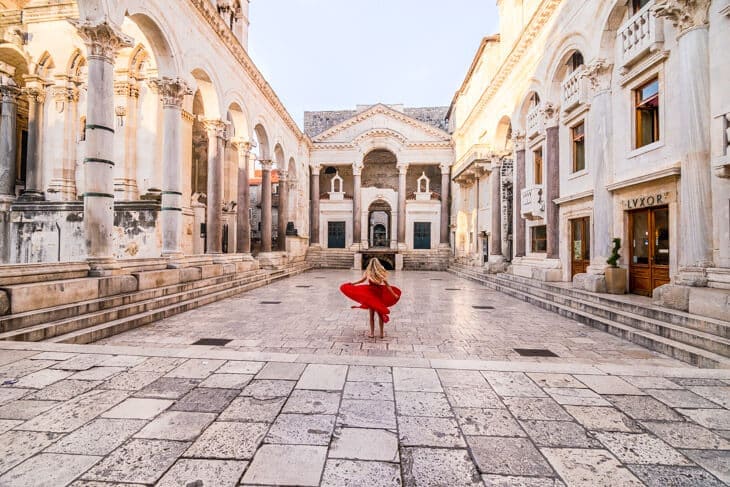 One of the historical places to visit in Croatia that you shouldn’t miss! Trogir is located just a 40-minutes drive from Split, and it’s included on UNESCO:s list of World Heritage Sites.

It’s amazing to wander around in the old streets and narrow alleys in Trogir. 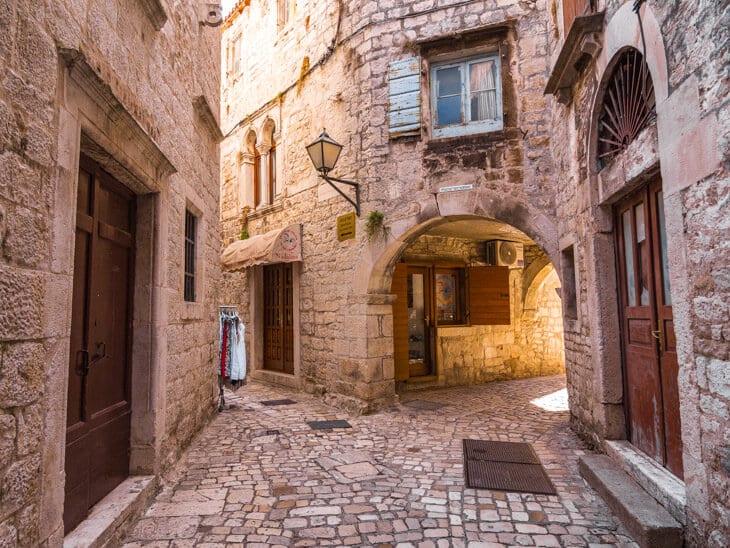 The adventure capital of Croatia, Omis is both beautiful and exciting. Here you can try ziplining, go kayaking or rafting just to mention a few fun activities.

Omis is located between Split and Makarska and has lots of beautiful nature surrounding the city. 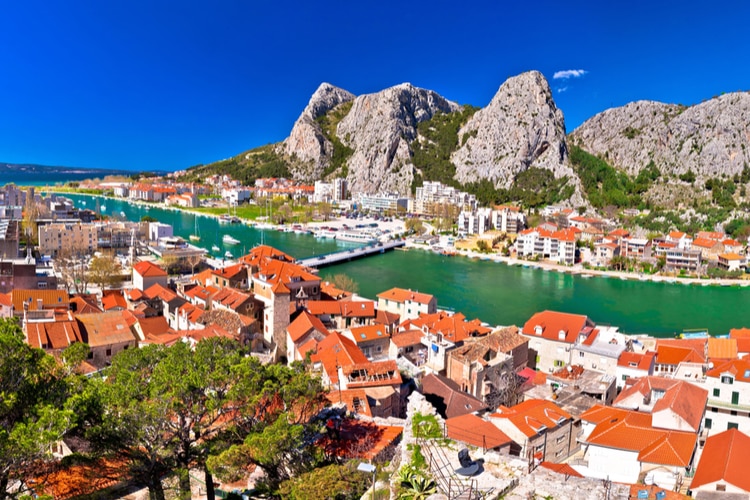 Another beautiful coastal town in the Istria region. Porec has a historic core that dates back to medieval times, and it’s one of the lesser known places to visit in Croatia!

It’s a very charming city with plenty of cozy restaurants and bars. 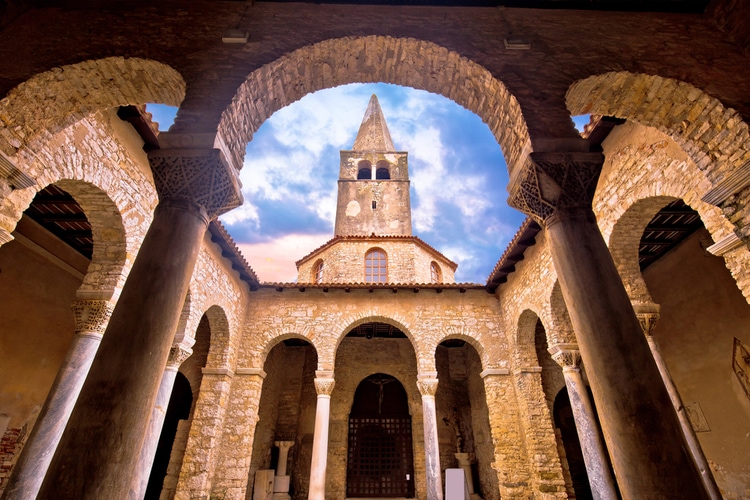 Did you know that Hum is the smallest city in the world? It has only a population of 23 people. It’s a medieval city located in Central Istria. 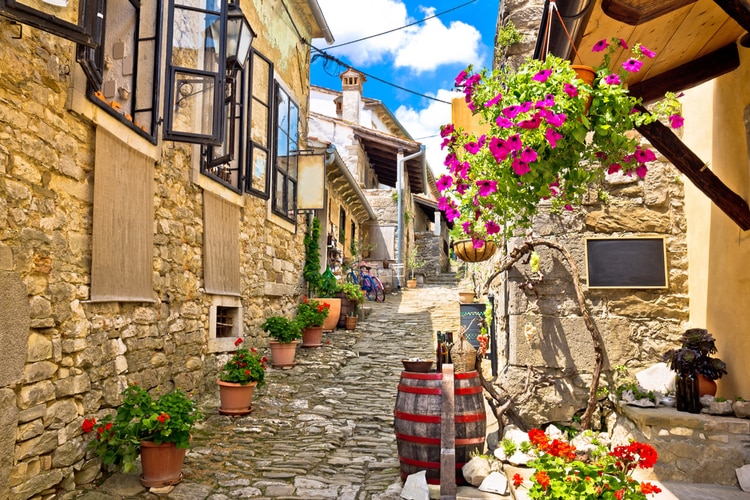 Last but not least, the Croatian capital. Zagreb is often overlooked by international tourists, but it’s a beautiful city filled with historical buildings, cozy restaurants, and interesting museums.

A few years ago, I even rented an apartment for 2 months in Zagreb, and it was then I discovered its beauty for the first time. Some of my favorite places in Zagreb are St Mark’s Church, Tkalčićeva, and Mirogoj.

Zagreb is one of the best places to visit in Croatia for a weekend filled with culture and food. 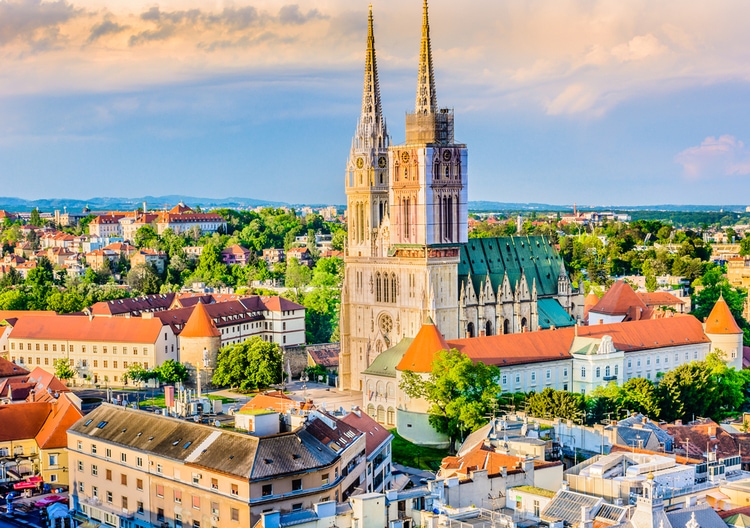 So, now that you know about all these beautiful places to visit in Croatia, it’s time to book your trip!

Croatia is an incredible destination where you can spend weeks or even months. If you know some more beautiful places to visit in Croatia, feel free to share in the comment section! 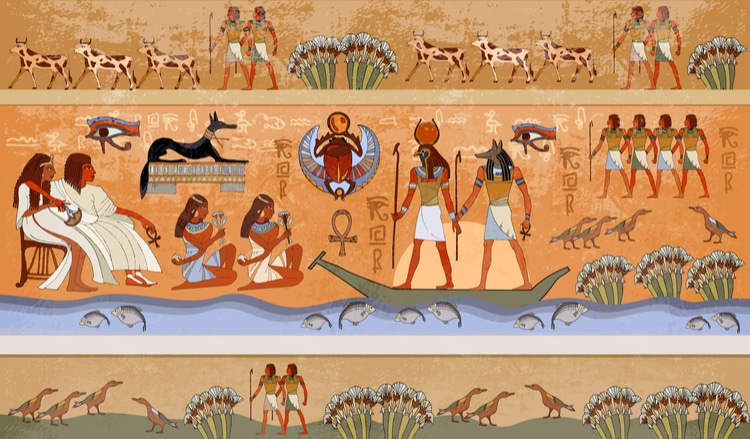 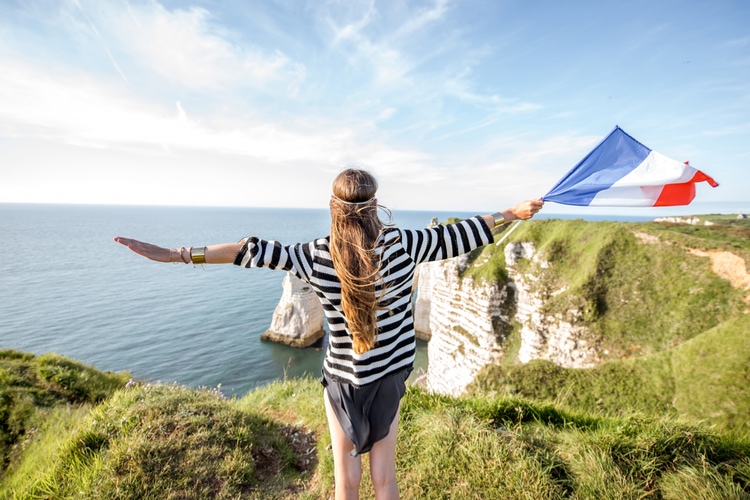