Largest Cities in Japan by population and size 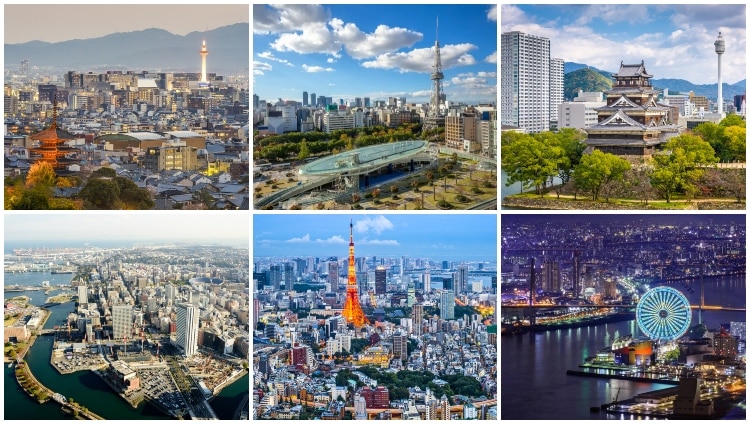 Want to know which is the biggest city in Japan? Here’s an updated list of the largest cities in Japan by population and size 2019.

Japan is one of the largest countries in the world with a total population of just under 127 million people. Despite having 6000 islands, only 430 is inhabited, and most of the population live on four of these islands.

The major cities of Japan are densely populated and feature several impressive skyscrapers.

Tokyo is also the biggest city in Japan with a total area of 2,193.96 km2. The city is located on Honshu island and is known for its futuristic appearance and distinct neighborhoods such as Shibuya, Shinjuku, Ginza, and Asakusa. 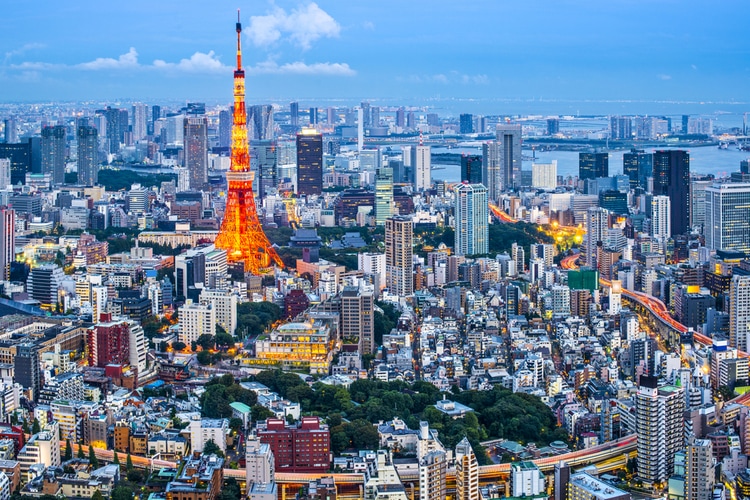 Yokohama is part of the Greater Tokyo Area but is also considered a city on its own. It has a rapid connection to Tokyo with frequent departures and many daily commuters.

Yokohama is the second-largest city in Japan with a total population of 3,732,616 residents. The city also has one of the largest Chinatowns in the country. 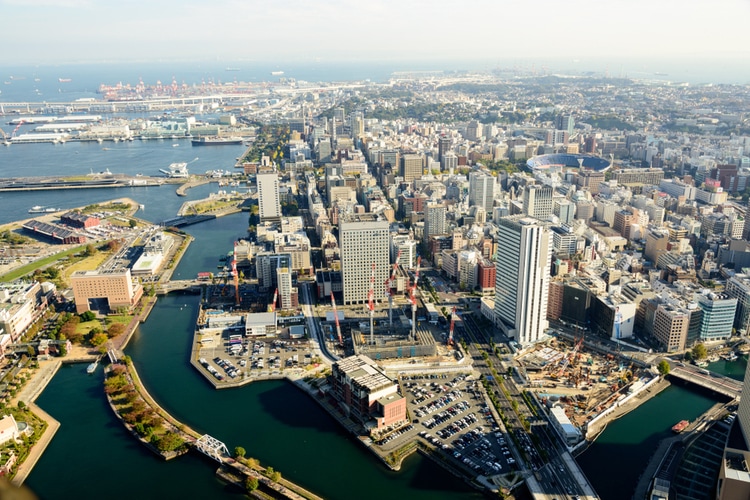 Osaka is the third-largest city in Japan by population with a total of 2,668,586 residents. If including the metro area, it also ranks as one of the largest cities in the world with 19,223,000 people.

It’s a vibrant city in the Kansai region, and the local airport is well-connected to various international destinations, including the US. Osaka is also known for being the most international city of Japan, and it’s renowned for its Japanese food culture. 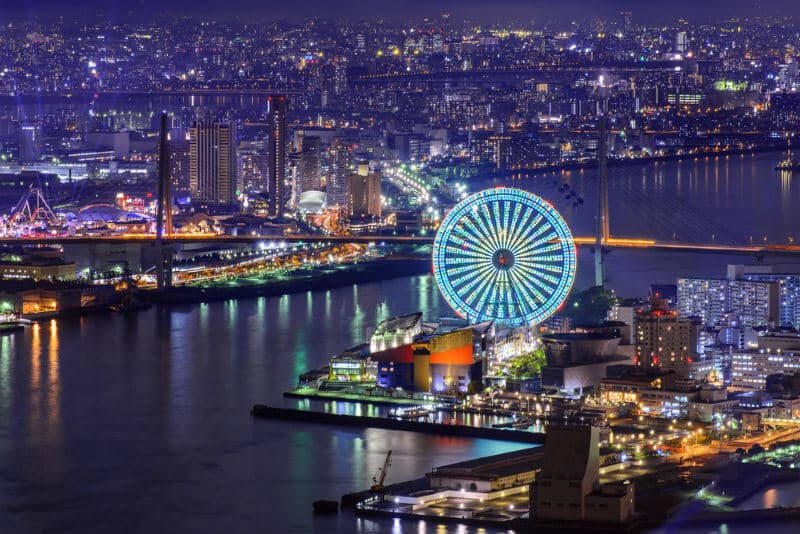 Nagoya is the largest city in the Chibu region with 2,283,289 residents living in the city. Nagoya also has one of the most populated metro areas in Japan with a total of 6,871,632 in the metropolitan area.

The city is known for its automotive industry and being home to one of the most important ports in the country. 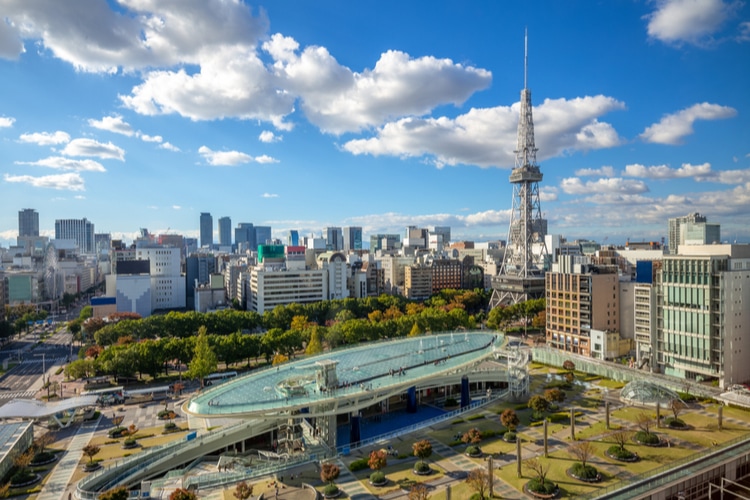 Sapporo is the largest city on the island of Hokkaido with a total population of 1,957,914. It has especially become famous globally for its annual snow festival, but the city is also the gateway to famous ski resorts.

Sapporo is also home to one of the largest breweries of Japanese beer, which is sold worldwide as well as nationwide. 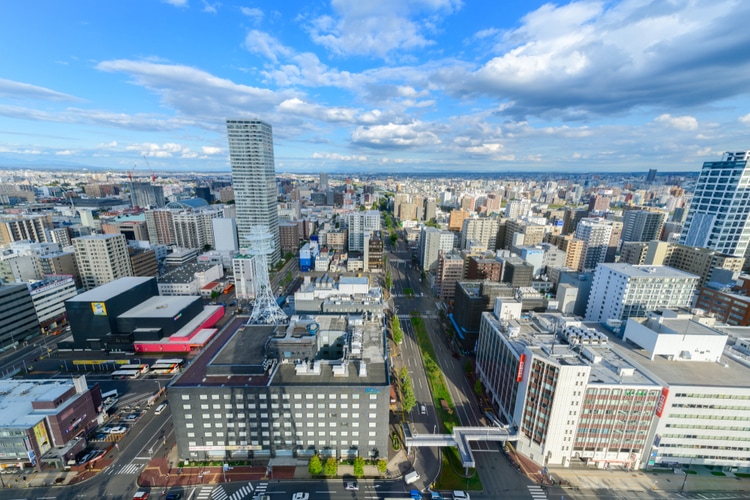 Kobe is a major port city that is located west of Osaka in the Kansai region. It’s the capital of the famous Hyōgo Prefecture where Kobe beef comes from, and many tourists come here to try the exclusive meat.

Kobe is also an important financial center and the city has a total population of 1,524,601 in its urban area. 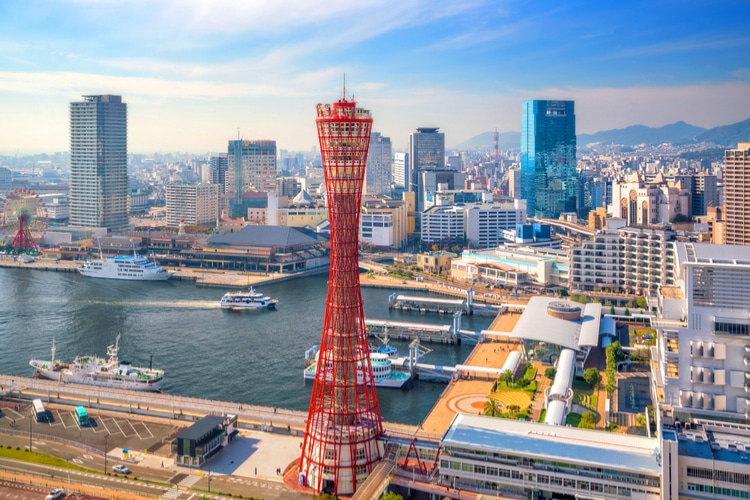 Fukuoka is the capital of the Fukuoka prefecture and is home to 1,588,924 residents, making it the 7th largest city in Japan. The city is located on the island of Kyushu and in recent years it has become the largest startup city in Japan, featuring a special economic zone for startups. 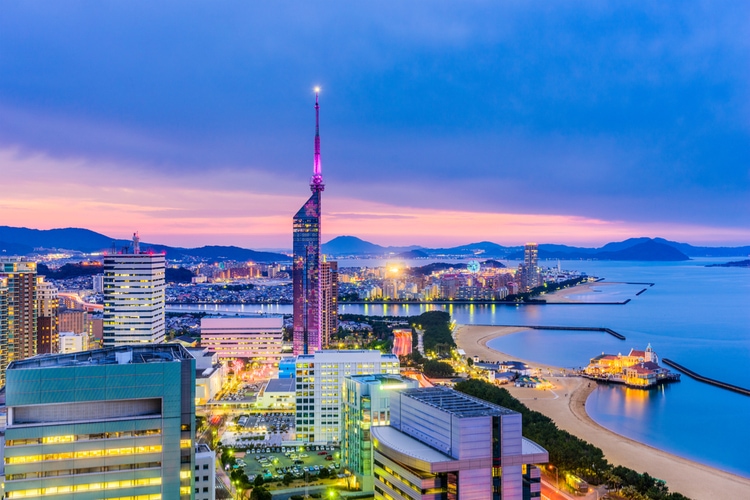 Kyoto is the cultural capital of Japan and is known worldwide for its ancient temples and geisha culture. However, although many foreigners expect a smaller city filled with charming streets and temples, Kyoto is actually a big city.

It’s another major city in the Kansai region with frequent connections to Osaka and Kobe. Kyoto one of the most popular places to visit in Japan with several of the nation’s most famous landmarks. 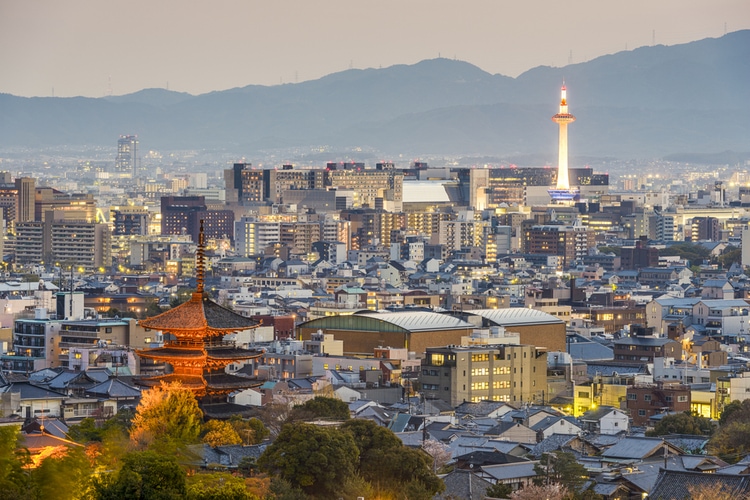 Kawasaki is another big city that is included in the Greater Tokyo Area. It’s primarily known for the Kawasaki motorcycles, but the city is also home to 1,496,035 people.

Kawasaki is also home to one of the most famous Japanese festivals, Kanamara Matsuri a.k.a “the steel phallus festival”. 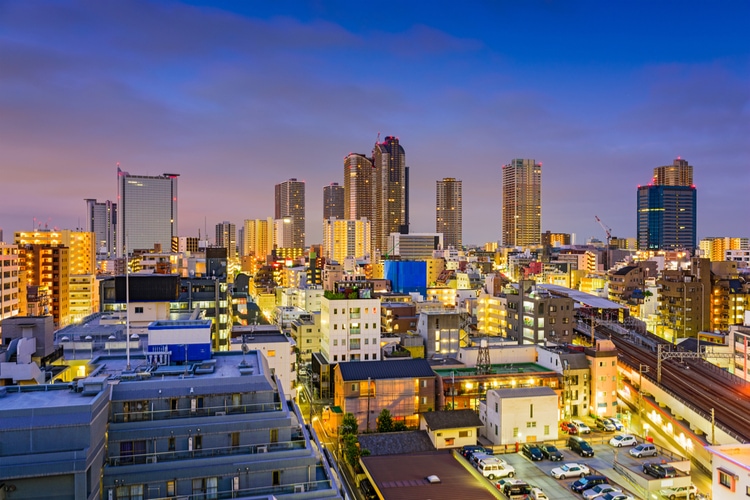 Saitama is the capital of Saitama prefecture with a total population of 1,305,177 residents. Due to its proximity to Tokyo, many of the city’s residents are commuting to Tokyo for jobs and education. Furthermore, it’s one of the cities that forms the Greater Tokyo Area. 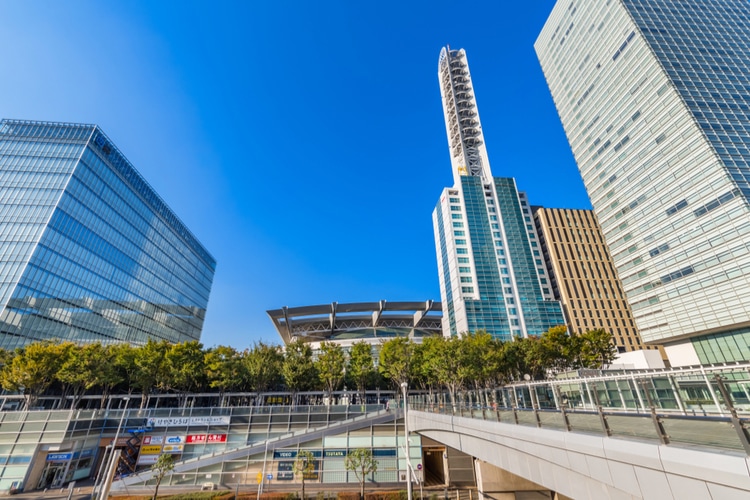 Hiroshima is located in the western part of Honshu island and forms the largest city in the Chugoku region with a population of 1,199,391 people.

During World War II, the city became known worldwide for being the place where the Americans detonated one of the atomic bombs in Japan. The A-Bomb Site can still be visited today, and Hiroshima is a great example of how a city can rise from devastation and once again be thriving. 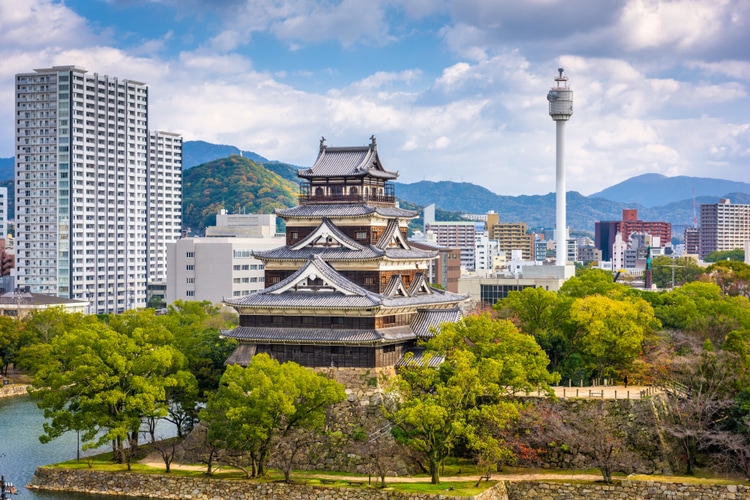 Sendai is the largest city in the Tohoku region with a total population of 1,089,372, making it the 12th largest city in Japan. It’s located in the Miyagi Prefecture and is considered as one of the greenest cities in Japan. 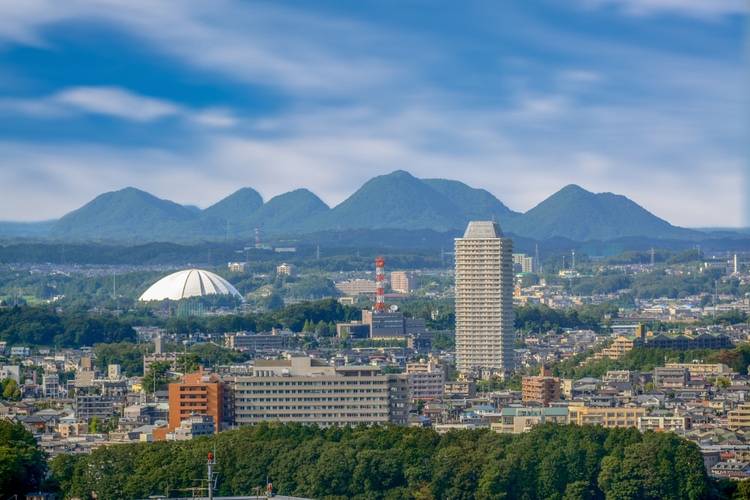 List of the biggest cities in Japan (by area)

Below is a list of the 10 biggest Japanese cities by area km2. It differs quite much compared to the most populated cities in Japan, with Tokyo being the only exception that remains at the top for both rankings. 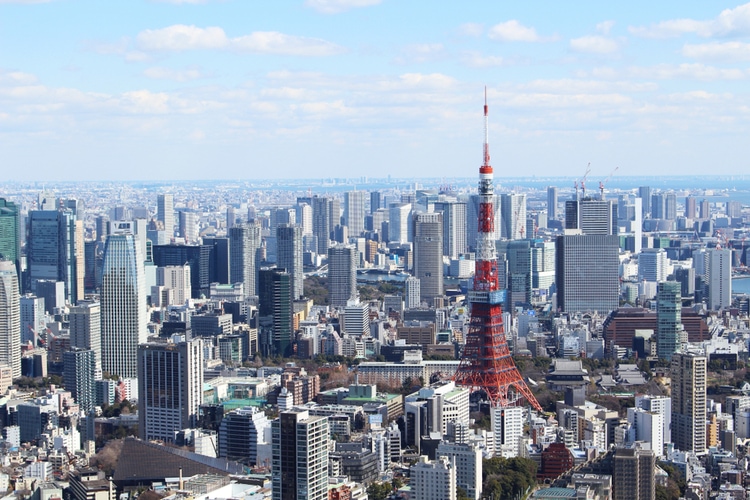 Japanese cities in the future

The Japanese population is in decline due to a low birth rate, but it won’t necessarily mean that Japanese cities will see a decline in their population. On the contrary, Japanese cities are expected to grow further since more and more people move to the major cities and away from rural towns. In just 20 years, at least 200 rural communities have been fully depopulated.

The future of the cities in Japan will likely follow this pattern since it is there that people will find job opportunities and education. The major cities are also expected to grow into nearby areas and form huge metro areas.

Tokyo is one such example where Kawasaki and Yokohama are included in the greater area of Tokyo, despite the fact that these are two of the largest cities in Japan. The expansion of high-speed trains will cut travel time even further and make it possible to commute within greater distances. 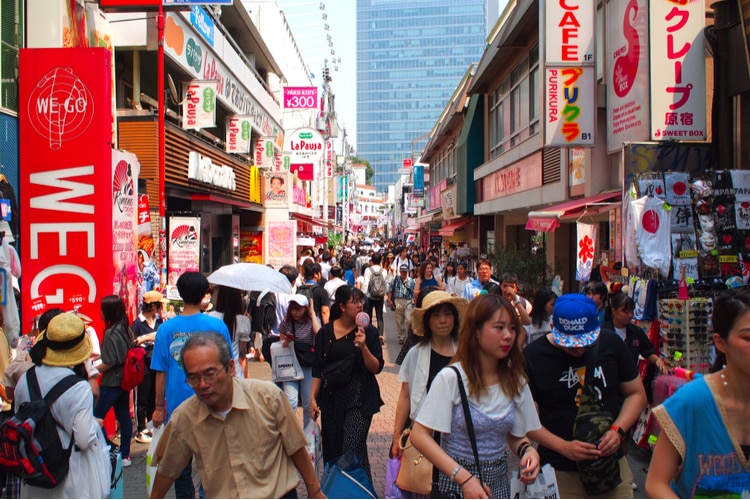 What is the Biggest City in Japan?

Tokyo is the largest city in Japan both in terms of size and population.

How many of the largest cities in Japan did you know about? Leave a comment below! 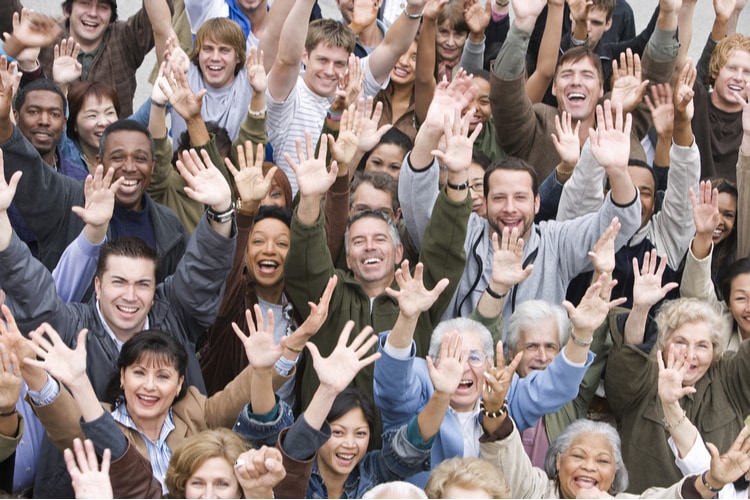 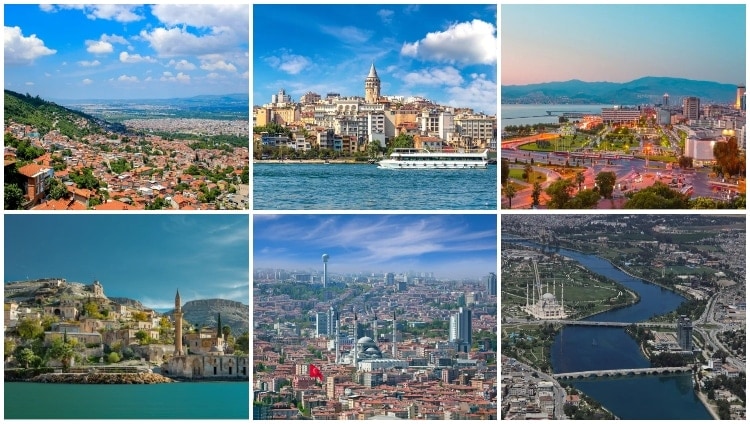