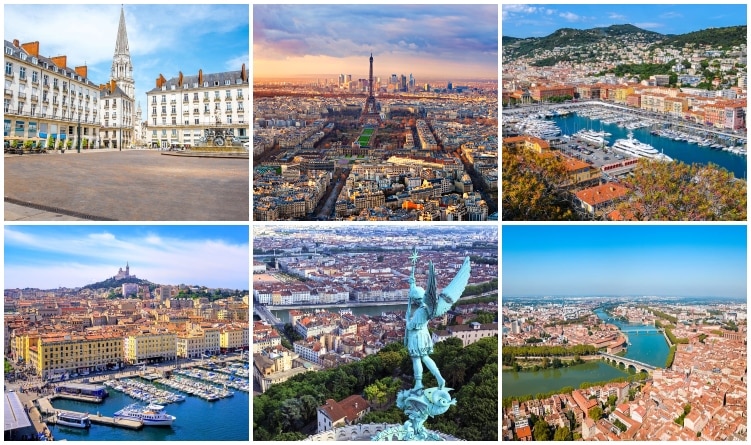 Want to know which is the biggest city in France? Here’s a list of the largest cities in France by size and population in 2019.

Paris is one of the largest cities in Europe and internationally known as the city of love with millions of tourists visiting the city each year.

There are countless impressive buildings, historical monuments, museums and palaces to admire. Paris is also one of the major fashion capitals in the world, and there is almost a never-ending list of things to do in Paris. 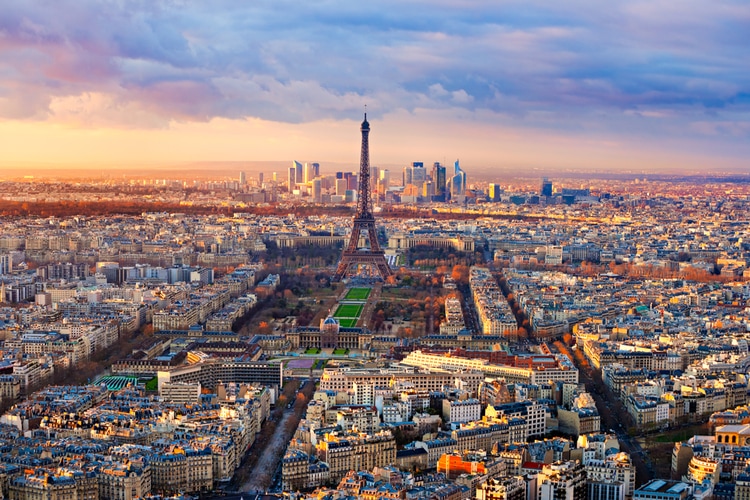 Marseille is the second-largest city in France and the most populous city in the Provence-Alpes-Côte d’Azur region. It has a population of 855,393 people and is home to one of the largest parts in Europe. 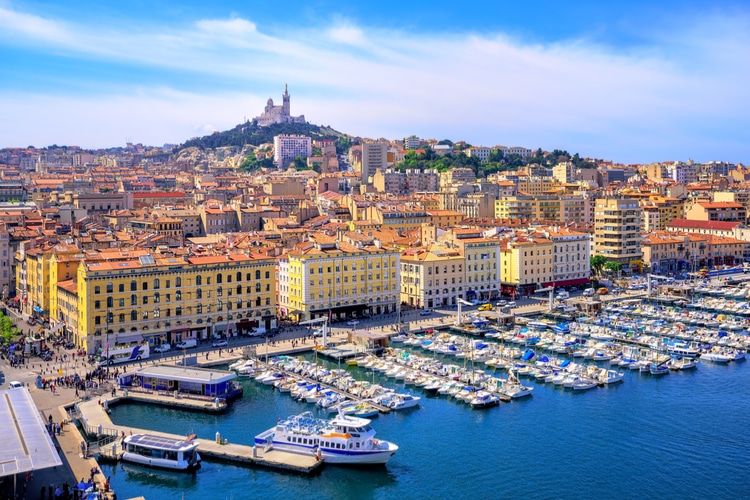 Lyon is renowned for its gastronomy as well as historical landmarks. It’s the third most populous city in France with a population of 500,715 residents.

Historically it was an important area for silk production, but today it’s known as a banking center as well as a center for biotech, chemical and pharmaceutical industries. 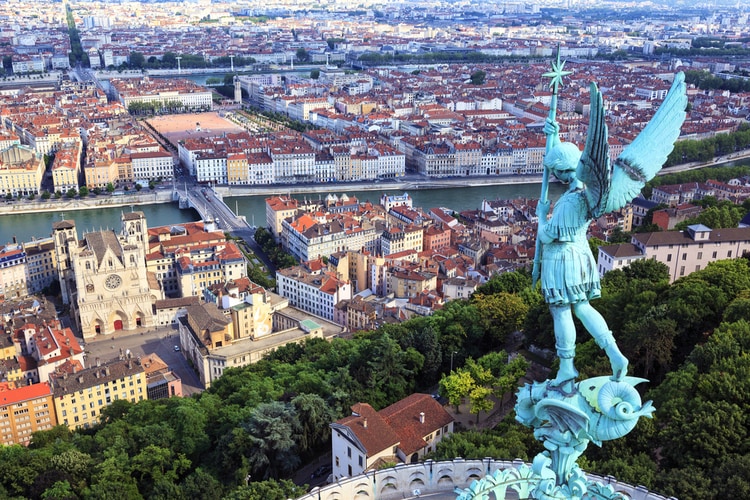 Toulouse has been given the nickname “Pink City” due to a large number of buildings with clay bricks. The city is located in the Occitanie and has a population of 458,298 people.

Toulouse is also the center of the European aerospace industry and this is where Airbus has its headquarters. Historically the city was the capital of the Visigothic Kingdom, and it’s rich in history just like many other French cities.

In addition to that, it’s also an important student city with more than 100,000 students. 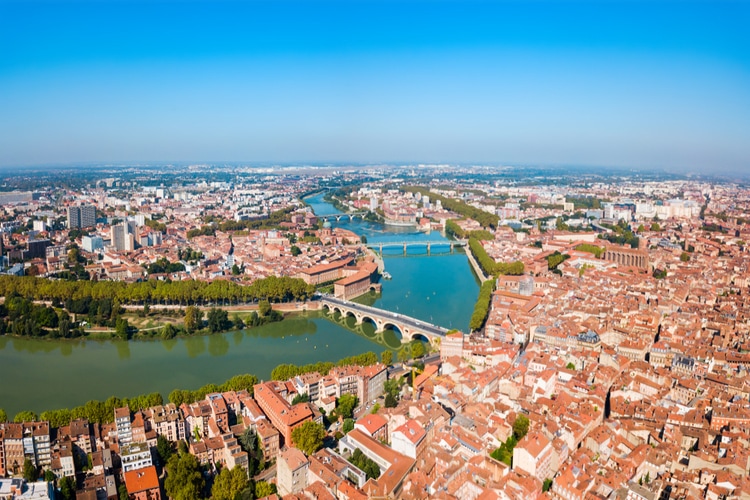 Nice is located on the French Riviera and has a population of 342,295 residents. In addition to being one of the largest cities in France, it’s also a popular tourist destination during the summer months.

It’s known for its mild climate year-round and many jet setters and luxury yachts come here to enjoy Nice. 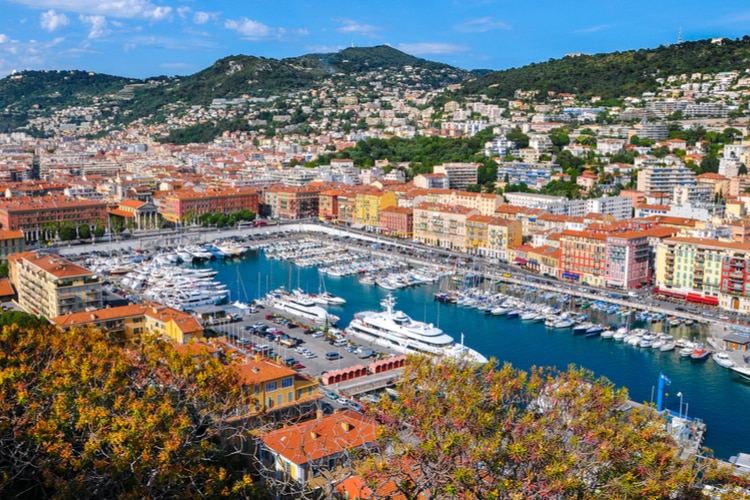 Nantes is located in the western part of the country in the Pays de la Loire region. The city is home to 292,718 people, making it the sixth-largest city in France. Nantes has been praised for its quality of life and has been noted for its efforts to reduce pollution. 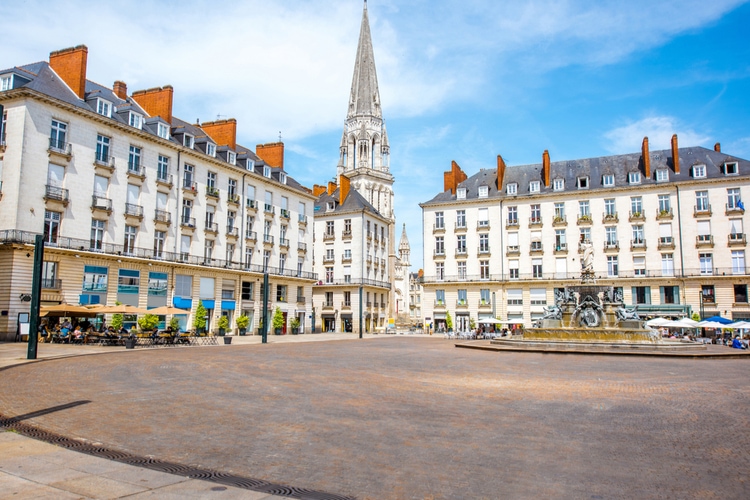 Strasbourg is one of the de-facto capitals of the European Union as well as an important student city.

It’s located near the German border in the Grand Est region (Alsace) and has a population of 275,718 people. Greater Strasbourg is one of the largest metro areas in France, and the historic city center has been listed as a UNESCO World Heritage Site. 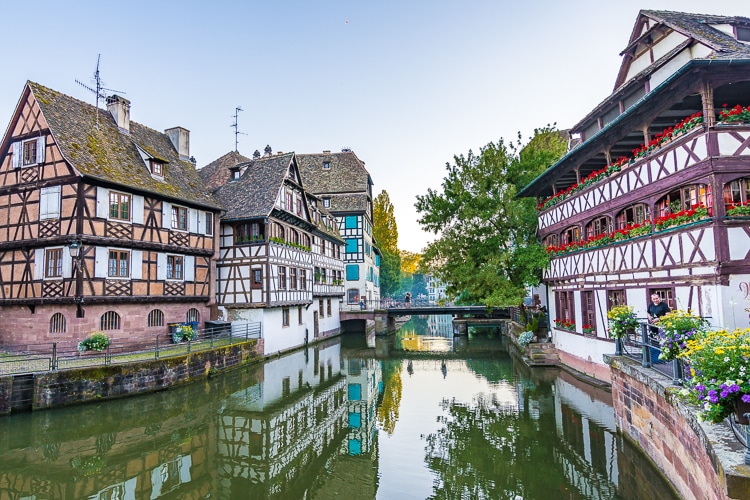 Montpellier is located in the Occitanie region and has a population of 272,084, from which about one third are students. The University of Montpellier is one of the oldest universities in the world, founded in 1160. 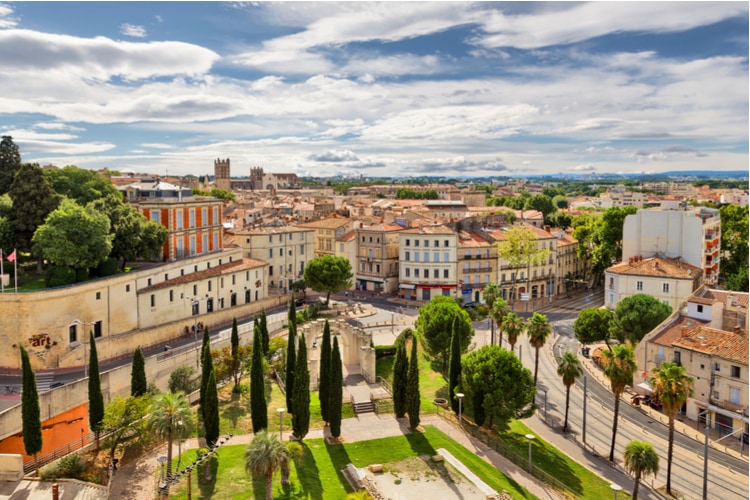 Bordeaux is famous worldwide for its wine and the historic part of the city has been listed as a UNESCO World Heritage site. Bordeaux has a population of 243,626 people and it’s located in the Nouvelle-Aquitaine region. 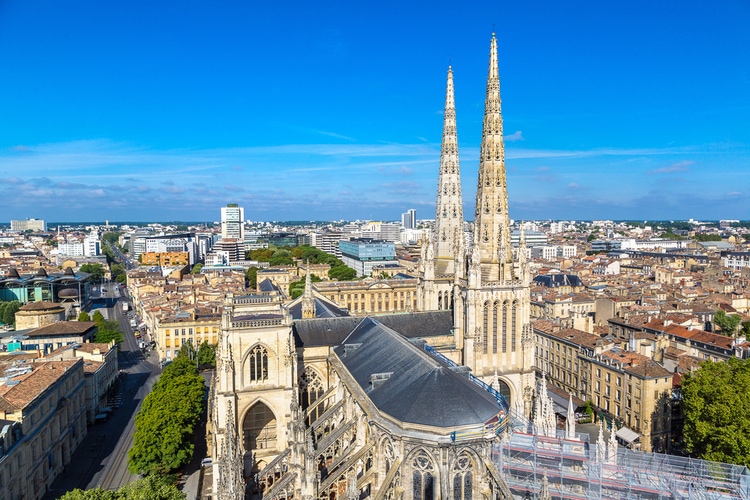 Lille is located near the border to Belgium in what’s known as French Flanders. It’s the capital of the region Hauts-de-France, and has a population of 231,491 residents, making it the 10th largest city in France. 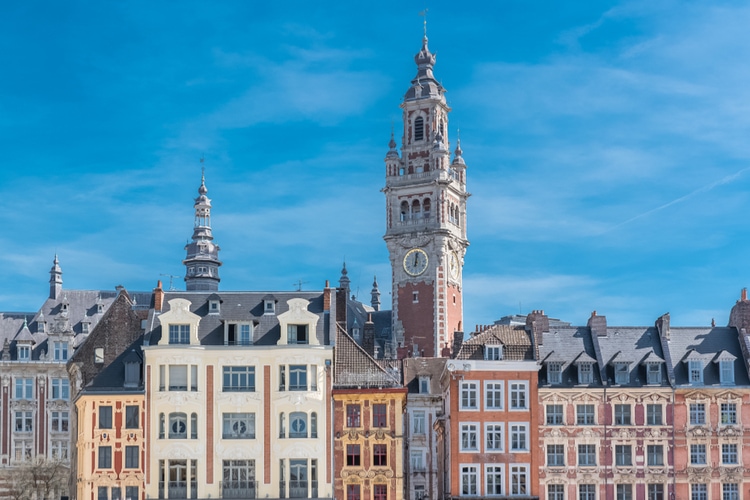 Rennes is the most populous city in the Brittany region with 211,373 residents. It’s another historical city in France with history dating back for more than 2000 years.

In the ’80s Rennes was a front-runner for French telecommunication and high-tech industry, and today it’s known as a digital innovation center. 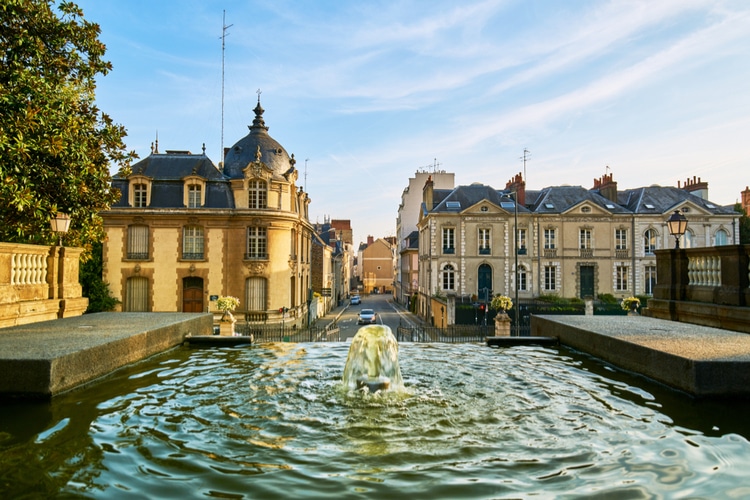 Reims was a major city during the Roman Empire and later also had an important ceremonial role as the coronation site of the French kings.

The city is located in the Grand Est region, and has a population of 182,592 residents, making it the most populous city in the Marne department.

There are three buildings in Reims which are listed as UNESCO World Heritage Sites, the Palace of Tau, Abbey of Saint-Remi and the Cathedral. 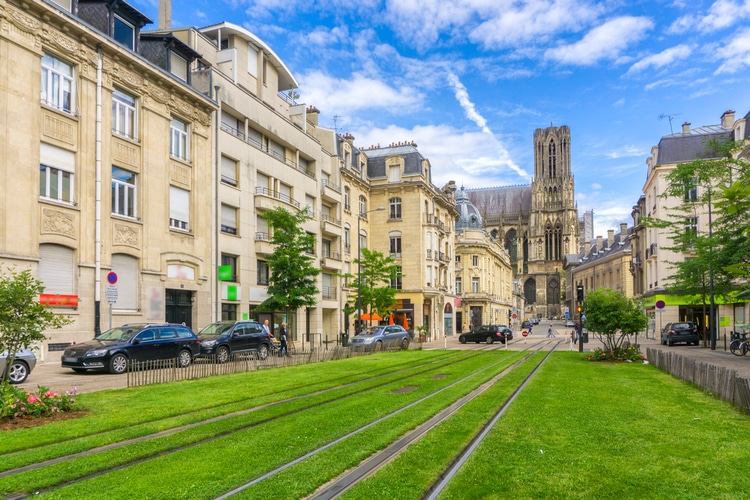 Le Havre is located in the Normandy region in northern France, and the central city of Le Havre has received the status as a World Heritage Site by UNESCO.

The city was founded already in the early 1500s by King Francis I but was limited in growth by religious wars for many years. In recent years there have been major developments, and Le Havre now has the second-largest port in the country by total traffic. 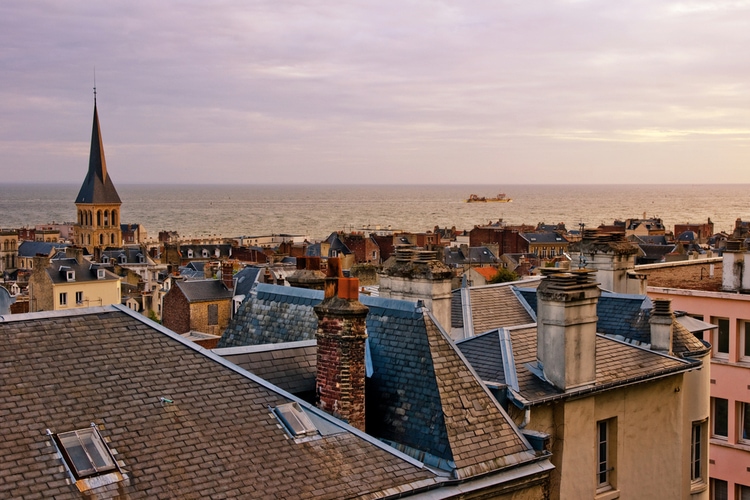 Saint -Étienne is located in the Auvergne-Rhône-Alpes, in the eastern central part of the country, close to Lyon. The city is home to 172,023 residents. 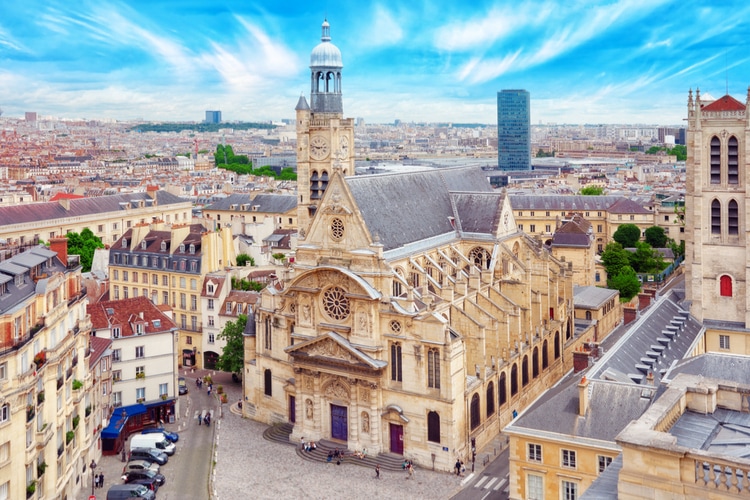 Toulon is located in the Provence-Alpes-Côte d’Azur region and has a population of 163,760 people. The city is a major naval center with an important military port, which was founded already in the 15th century by Charles VIII of France.

10 Most populated cities in France

In the list below, you can see the largest cities in France ranked by total population, including each city’s metropolitan area as well.

Biggest cities in France (by size)

If you want to know about the largest French cities, it might also be interesting to know which is the biggest city in France ranked by total area.

As you might notice, only one of the most populous cities are ranked as the biggest by total area, and that is Marseille. Paris, for example, only has a total city area of 105.40 km². 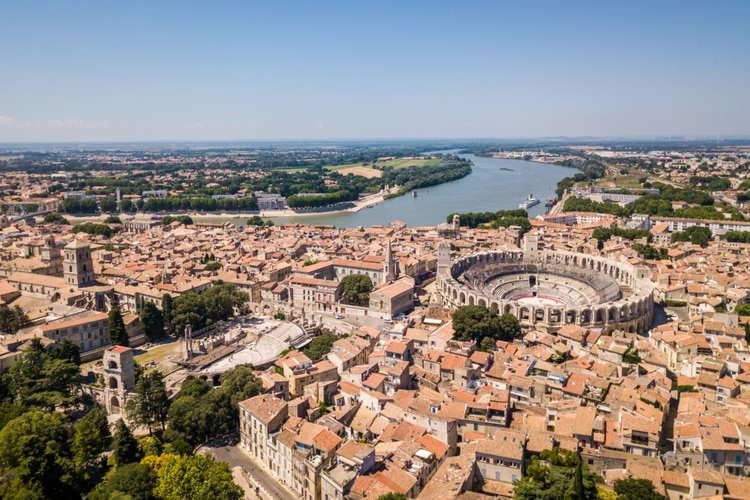 More about the largest cities in France

The largest cities in France are following the same trends as in other parts of Europe, the suburbs are growing and slowly becomes an integrated part of the city’s growing metropolitan areas.

Historical cities often have protected heritage sites in the old town, which means that the actual city center often is limited for growth. This has led to a rise of new neighborhoods with skyscrapers to fit in more people who’re looking to move into the major cities in France.

The Paris Metro Area is home to more than 12 million people, whereas the actual city is “only” home to about 2,190,327 residents. Other cities in France are growing at a fast rate as well because of education and job opportunities. 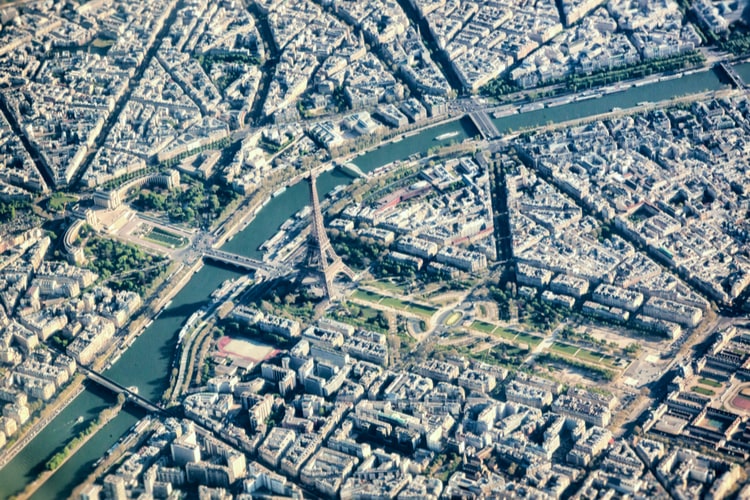 What are the major cities of France?

Paris is the only major city in France with more than 1 million residents, but in addition to the French capital, some other major cities in France include Lyon and Marseille.

How many of the largest cities in France did you already know about? Leave a comment below! 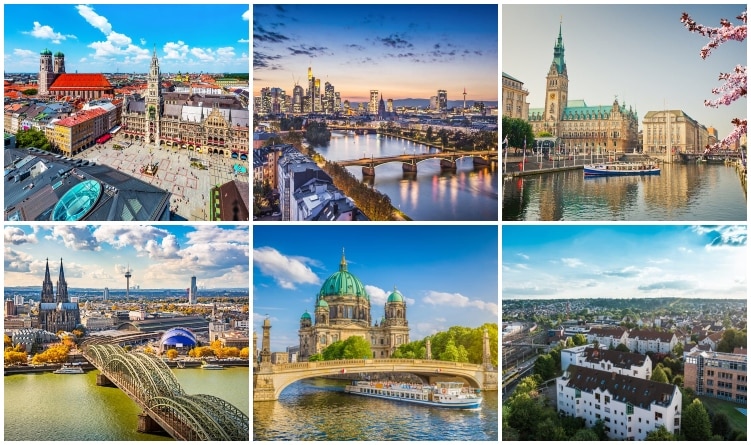 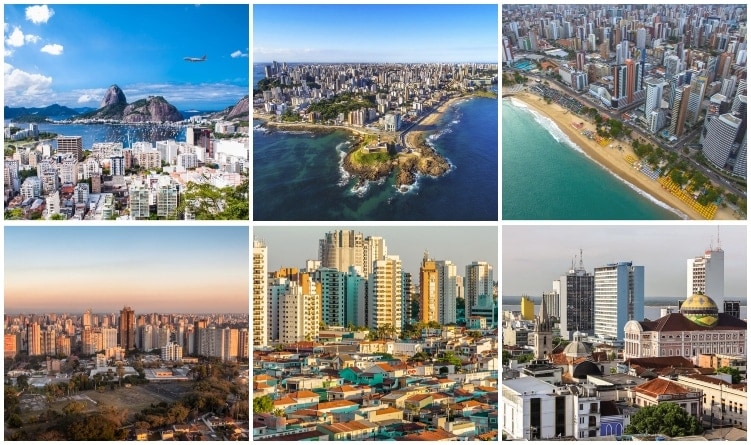