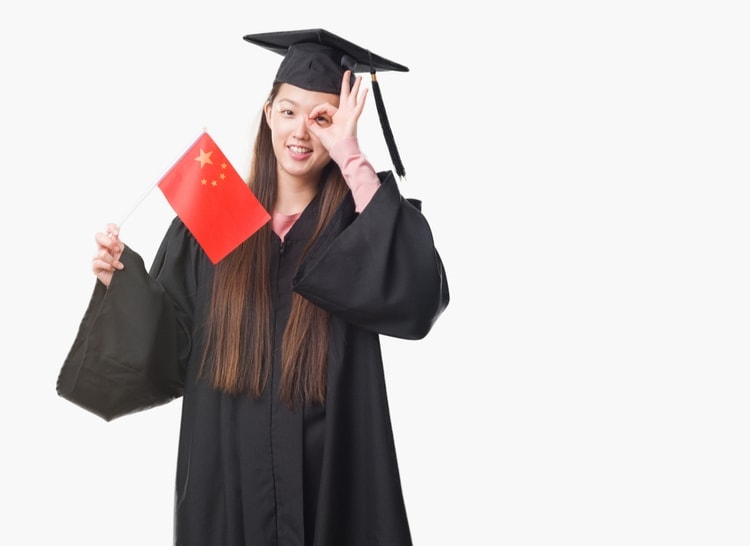 Are you looking for facts about China? Then you’ve come to the right place! Here are 25 Interesting China Facts, and further down you can also read some more general facts about China that might be good to know!

To make this even more fun, I want to challenge you. How many of these China facts did you already know before reading this? Share your result in the comment section! Or why not challenge some Chinese friends?

2.200 years ago, the game that later turned into football (soccer) was invented in China.

The world’s first soccer ball was a leather ball filled with feathers and hair, and the game was called ‘Tsu’ Chu,’ which literally means ‘kicking ball.’ 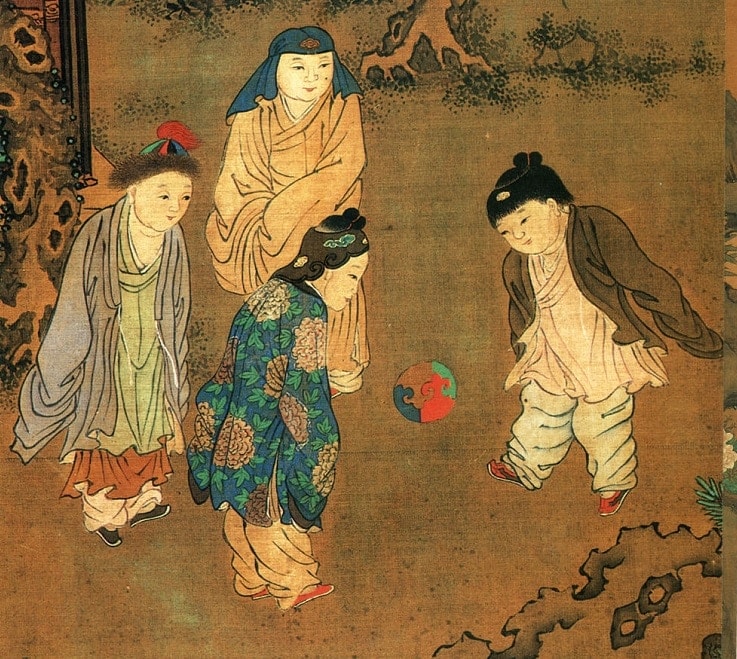 2. China is the world’s most populous country

With more than 1.4 billion people, China holds the world record for having the largest population on Earth. India is not far behind though with 1.3 billion people, and they’re estimated to take over the 1 place in a few years.

But to this date, China can pride itself on having the largest population in the world! 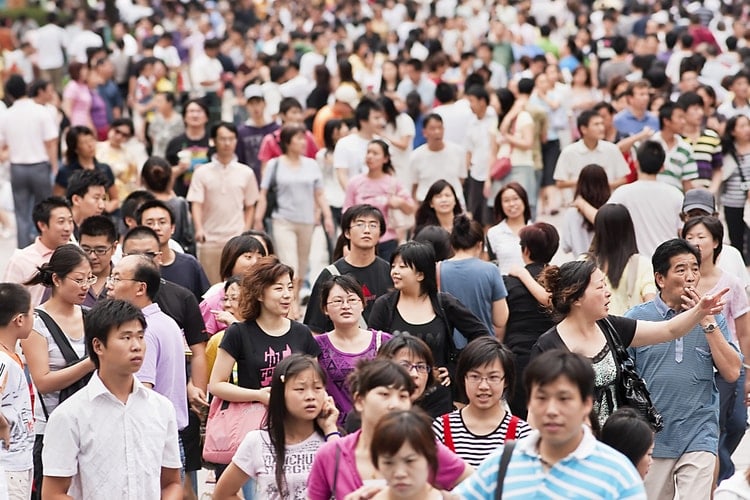 Despite being a wide and large country, China only has one time zone, Standard Chinese time. This means that in the West of China, the sunrise can be as late as 10 AM! 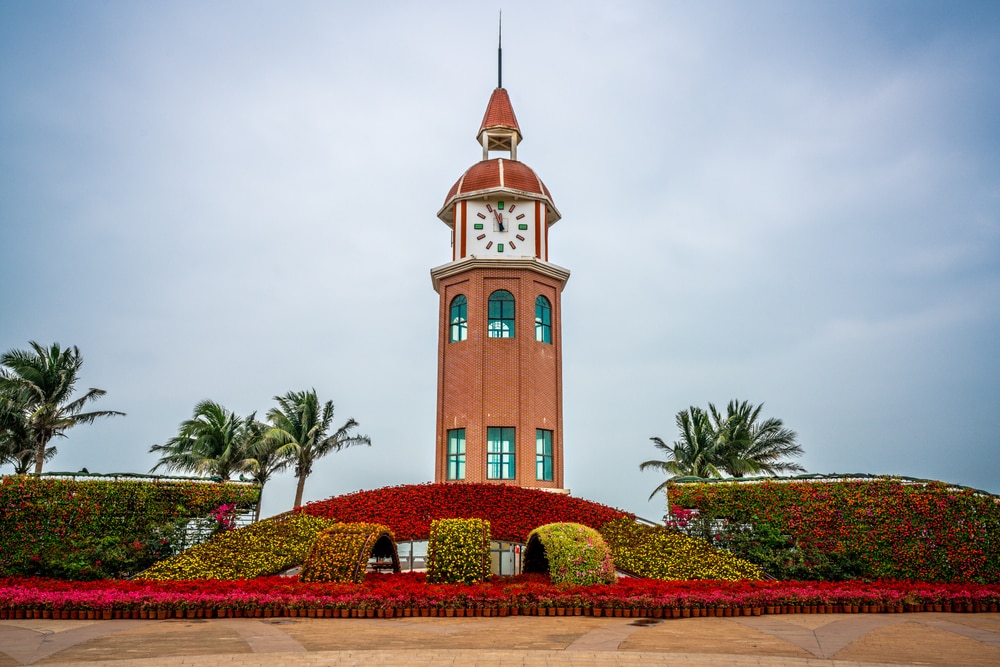 If you have parents that are over 60 years old, it’s illegal to not visit them regularly. This is definitely one of the most interesting China facts, since, in many other countries, the elders are being forgotten or put into rest-homes. 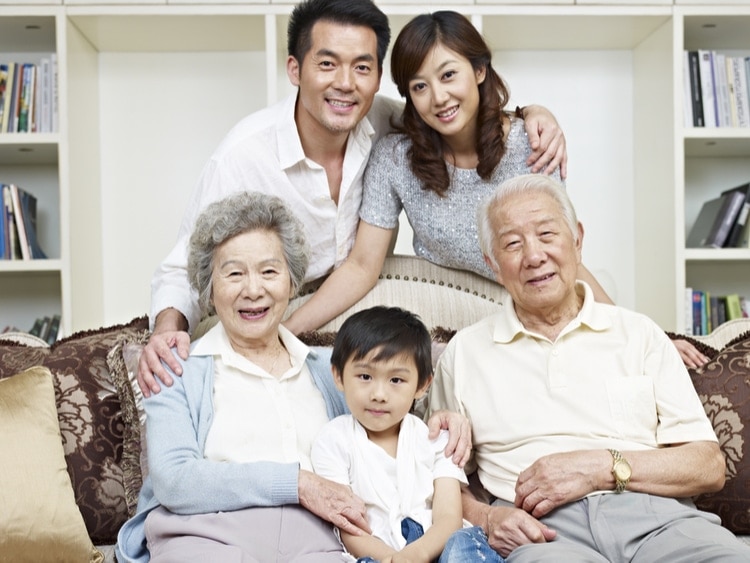 5. China has the world’s largest economy

However, in nominal GDP, it’s the second-largest economy, making it one of the richest countries worldwide in terms of total GDP. 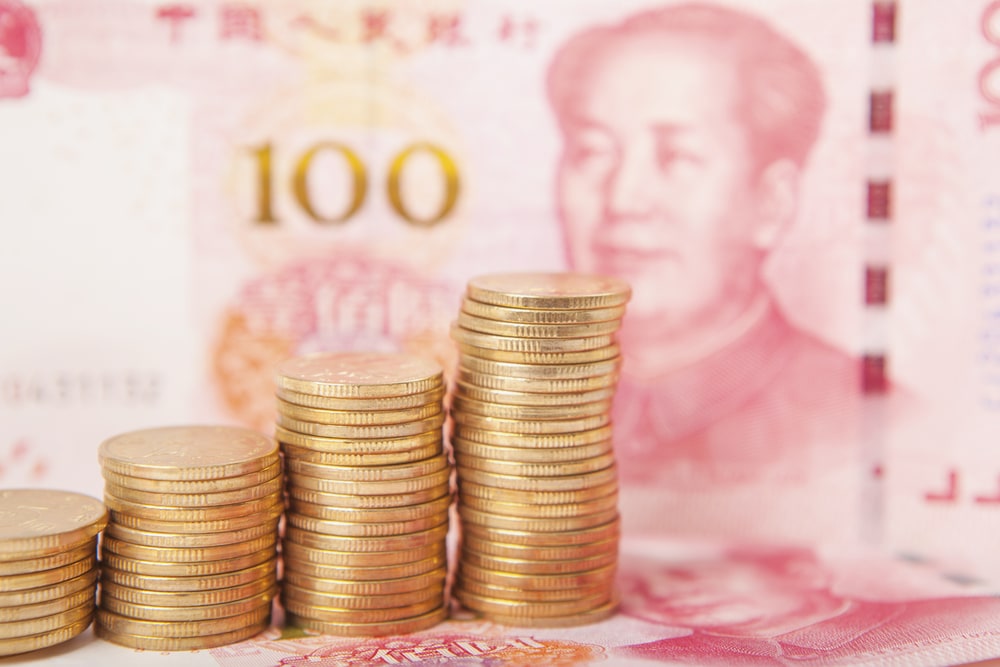 First of all, the New Year in China and the European or American New Year is not being celebrated on the same date. The first day of the year falls on the new moon between January 21 and February 20, so it differs from year to year.

Secondly, this celebration is ongoing for 15 days instead of just 1 that westerners celebrate the new year.

Definitely one of the many interesting facts about China! 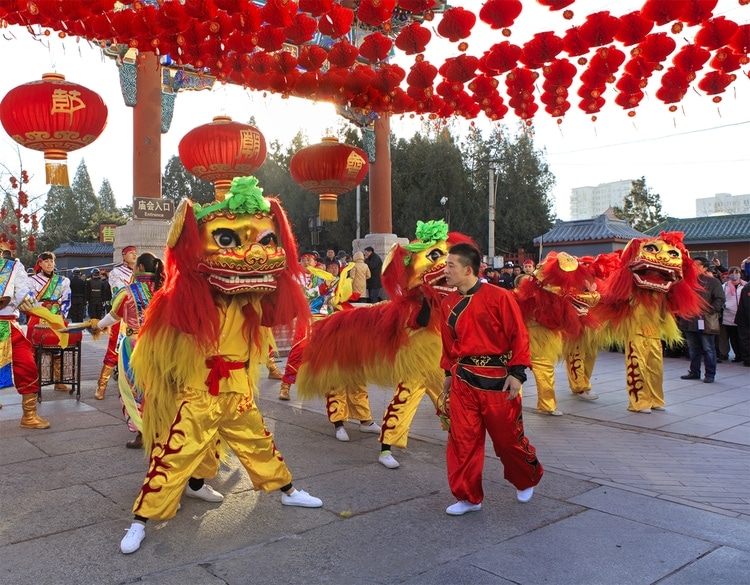 Did you know that fortune cookies actually were invented in San Fransisco? Today more than 3 billion fortune cookies are made each year, but it’s not a traditional Chinese custom, even if many westerners think otherwise. 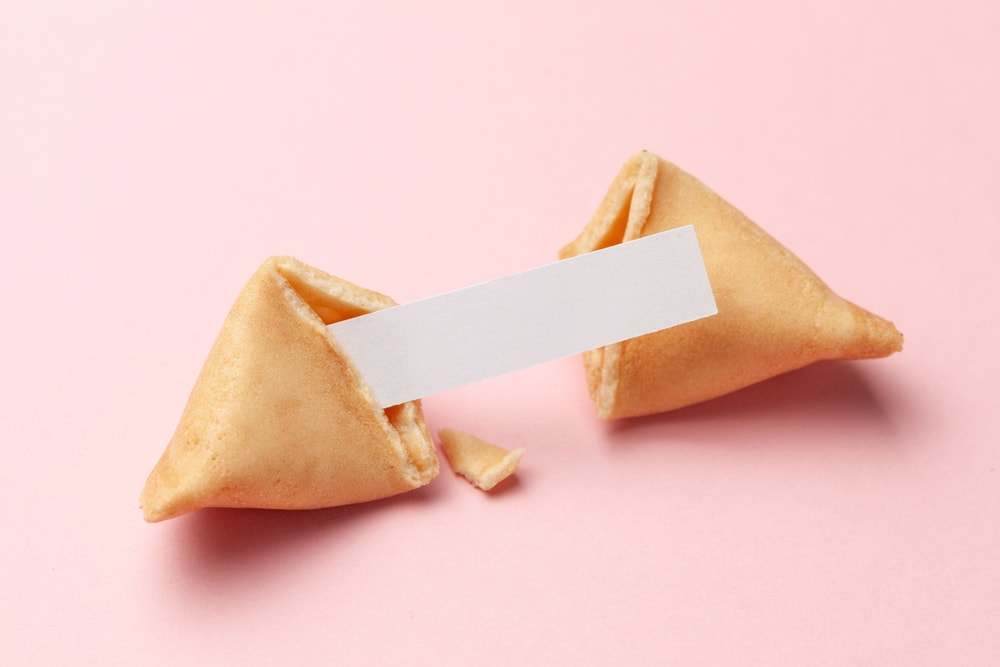 Did you think that the United States has the largest army in the world? Guess again. The mighty superpower country China has 2,183,000 personnel they can send to war if they have to.

That’s almost 1 million more than what the U.S Army has in active duty. 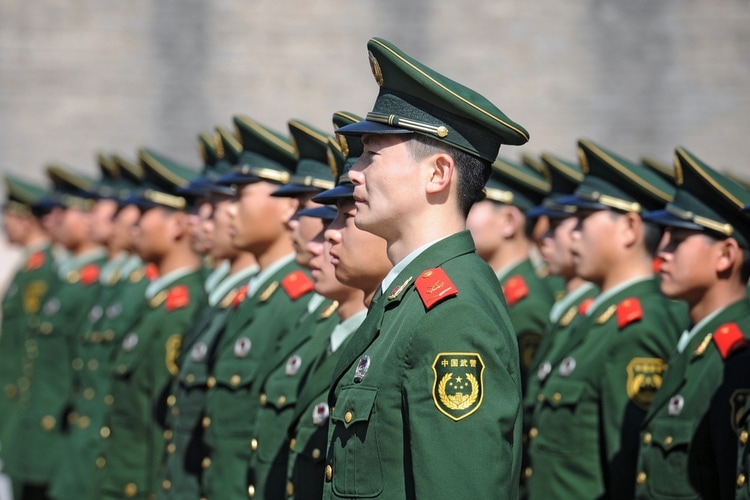 9. There are more than 30-40 million more Chinese men than women

This is a big problem that China is facing due to the one-child policy that has been standard for the last decades. Since they only can have one child per family, it has led to the fact that a lot of parents want a son and not a daughter.

China is still very traditional as a country, and because of parents only wanting a son, it has led to the problem that about 30-40 million men can’t find a Chinese wife to marry because they’re already taken. 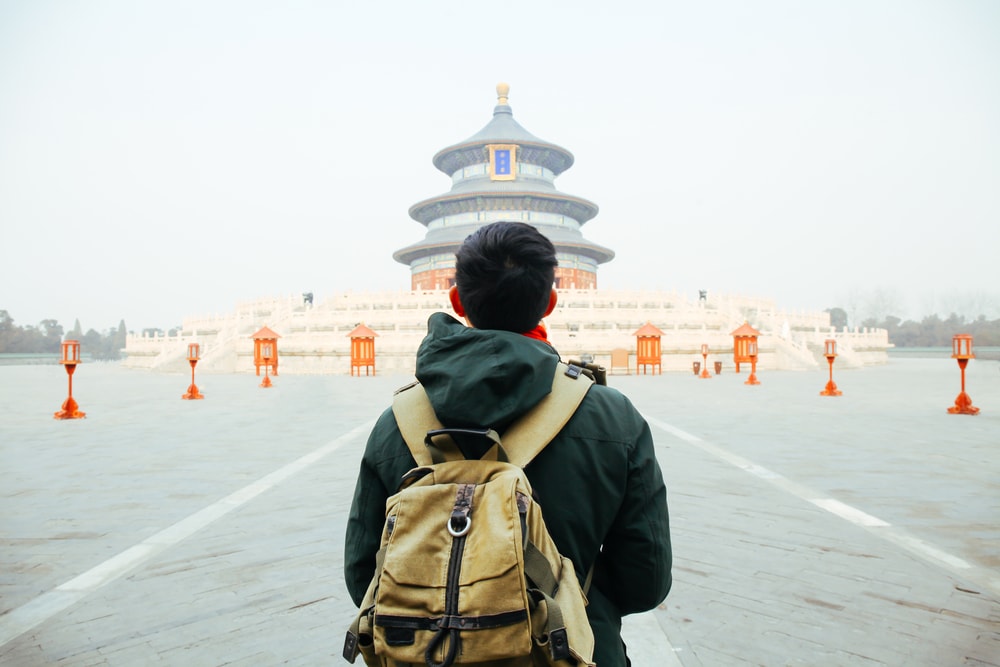 10. China’s railway lines are so extensive and long that they could loop around Earth twice

China is the 4th largest country by area in the world, but the railways are widely expanded throughout the country. In fact, the Chinese railway is so extensive that it could loop around the Earth, not once, but TWICE! 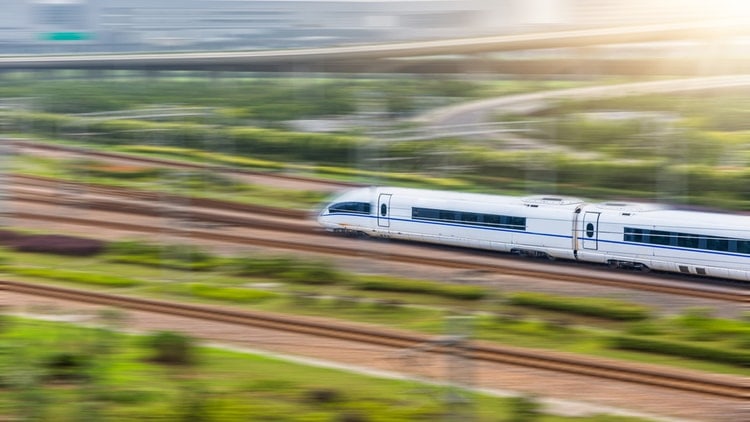 11. It’s mandatory for cosmetic products to be tested on animals

This might not be one of the most exciting facts about China, but still worth mentioning because this is totally prohibited and banned in Europe.

But, still, every cosmetic product that’s on the Chinese market has to go through tests on animals. Hopefully, China will ban this practice since it’s now both cheaper and more effective to make tests on “fake skin”. 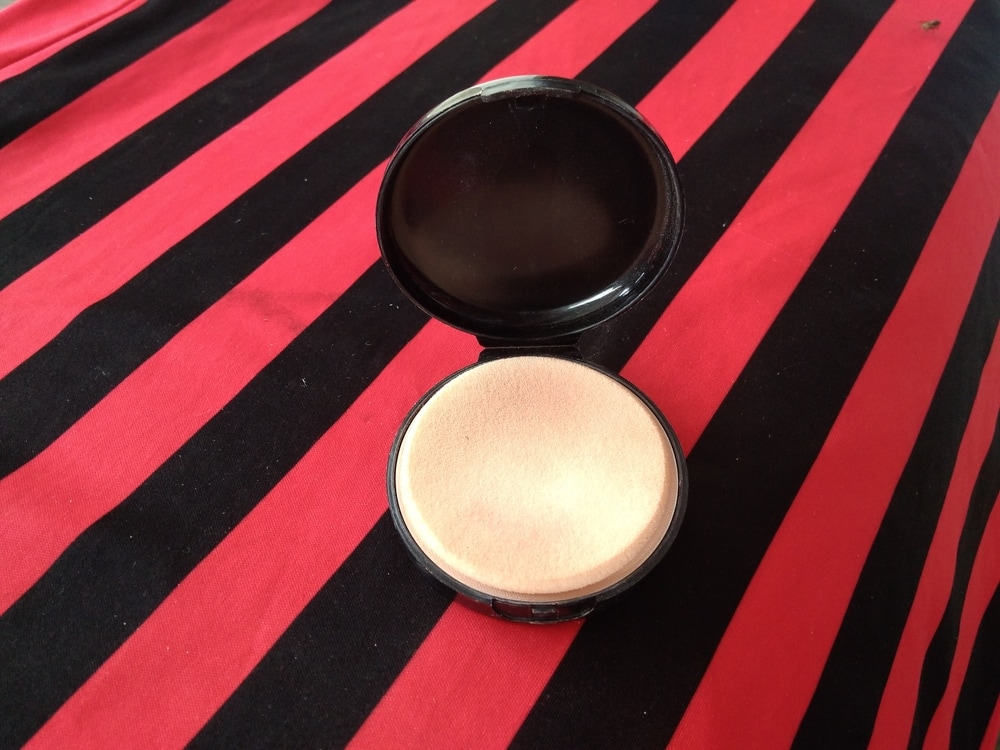 12. A new skyscraper is built every five days

No country on Earth is growing as fast as China. The cities are being transformed fast, and on average, there is a new skyscraper somewhere in the country every 5 days.

In a period of a year (365 days), China gets at least 73 new skyscrapers, with some of them ranked as the tallest buildings in the world. 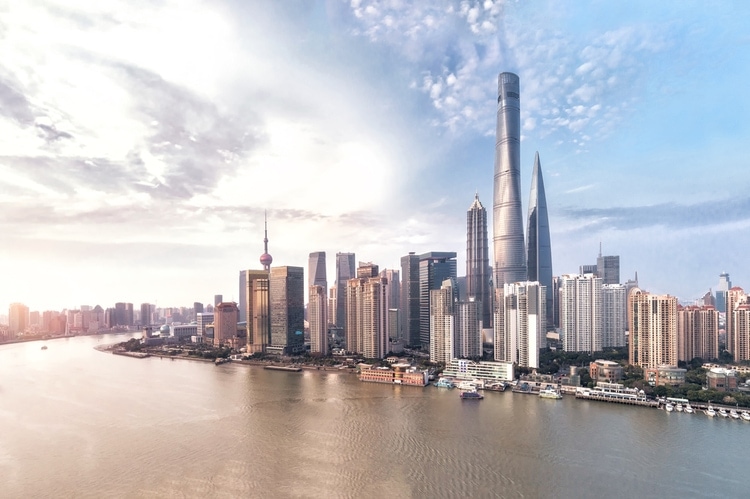 But there are still at least 95 million Chinese users who get by the block via various VPN services. With that said, most people use other social media channels such as Baidu, WeChat, and Sina Weibo.

They even have their own version of YouTube called Youku Tudou. This is because China has a strong censorship of internet and apps that are popular in Western countries. 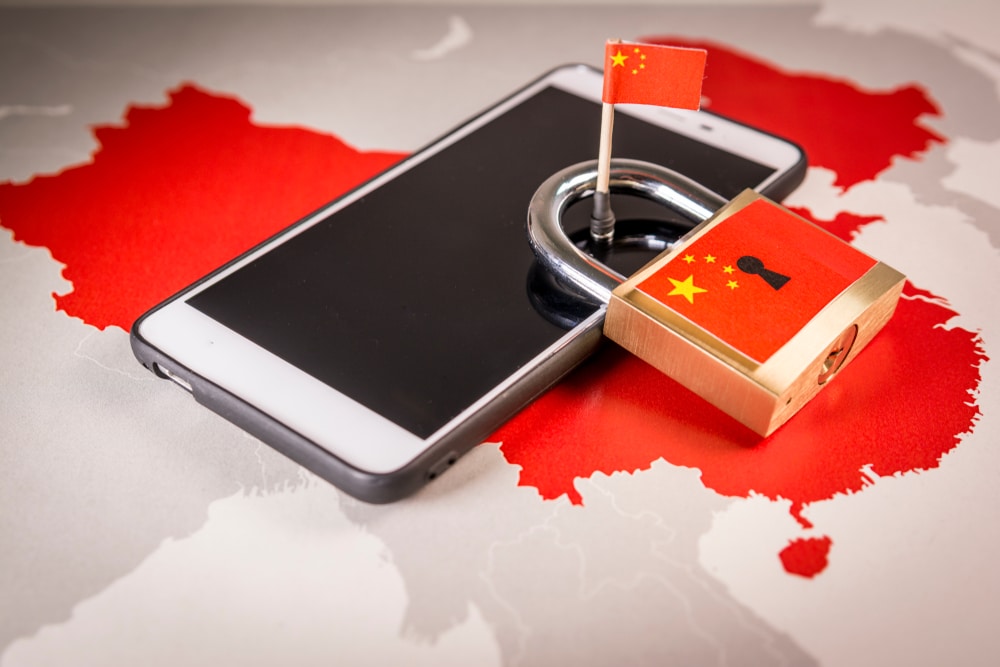 14. Wang, Li, and Zhan are the most common surnames

They make up about 21% of the total population, which means that one in every five people will have Wang, Li or Zhan as their surname, which is actually referred to as the first name in China. 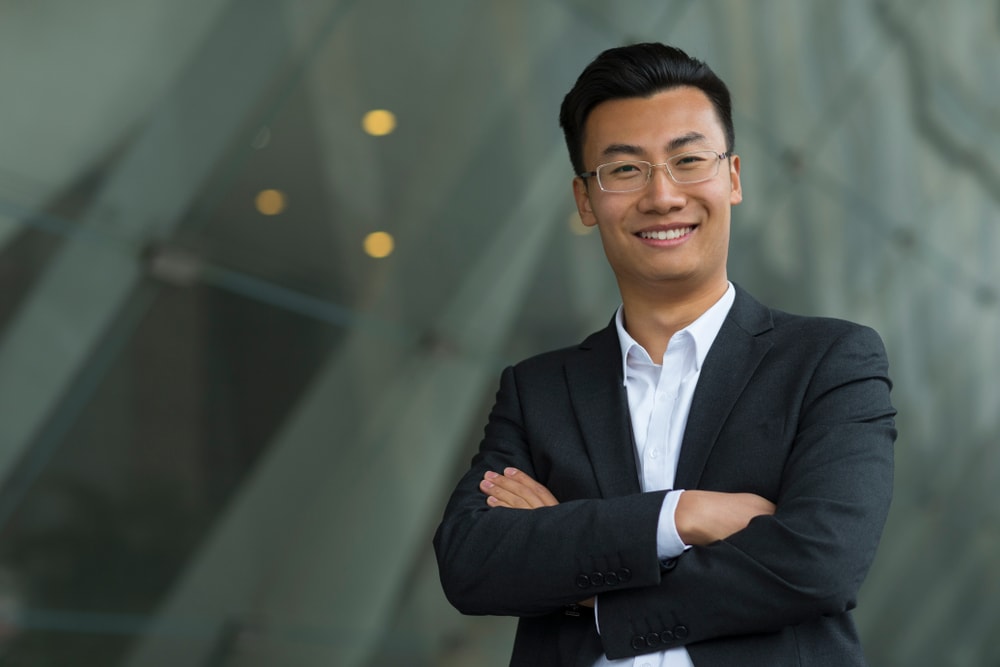 15. One in every five people in the world is Chinese

If you didn’t think learning Chinese was important, then you might need to re-think that thought. About 1 in 5 people worldwide are Chinese, which in a percentage equal to 20% of the total population in the world.

While most of them reside within the People’s Republic of China, it theoretically means that if you meet 5 people, at least one of them will be Chinese. 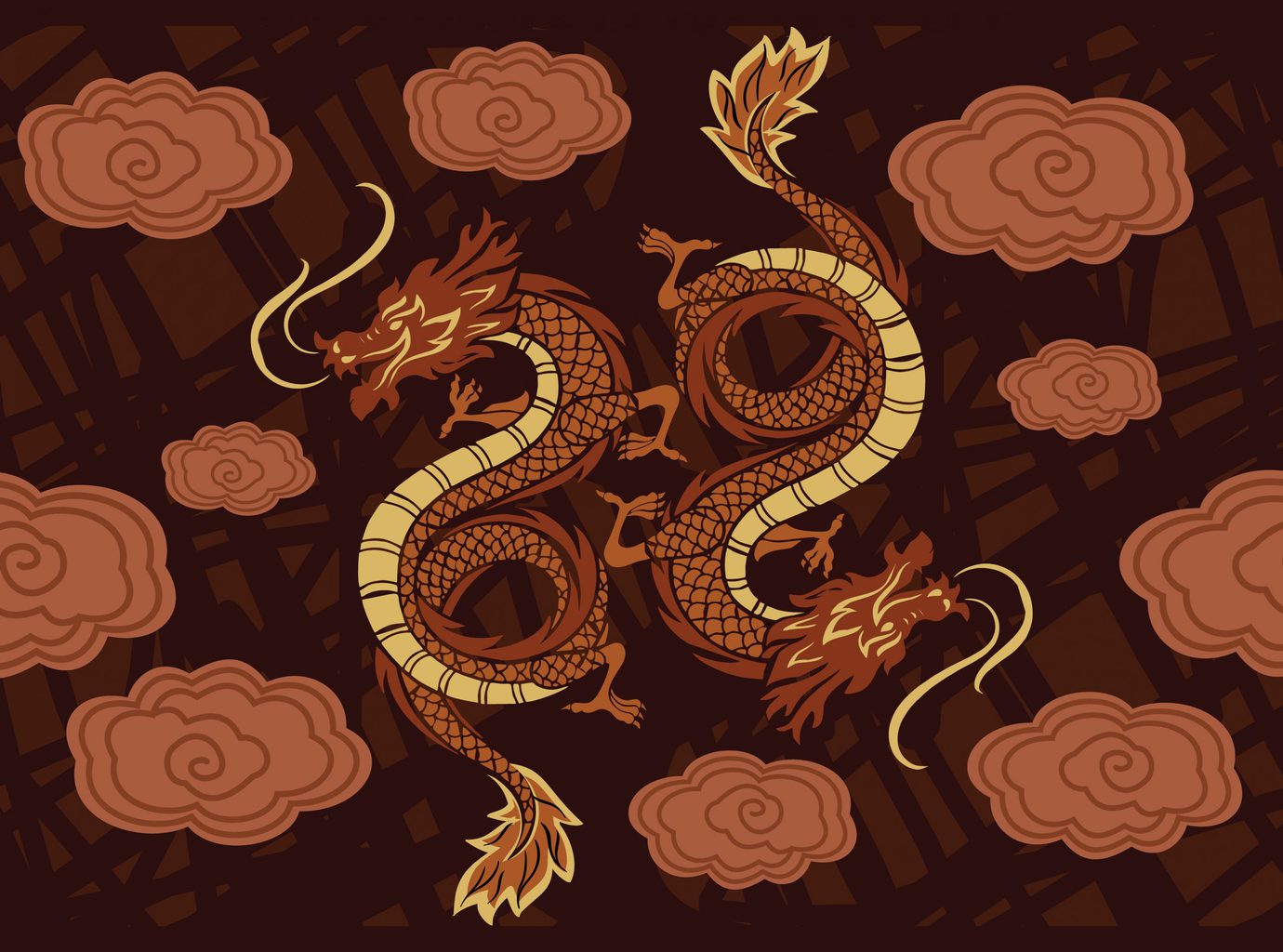 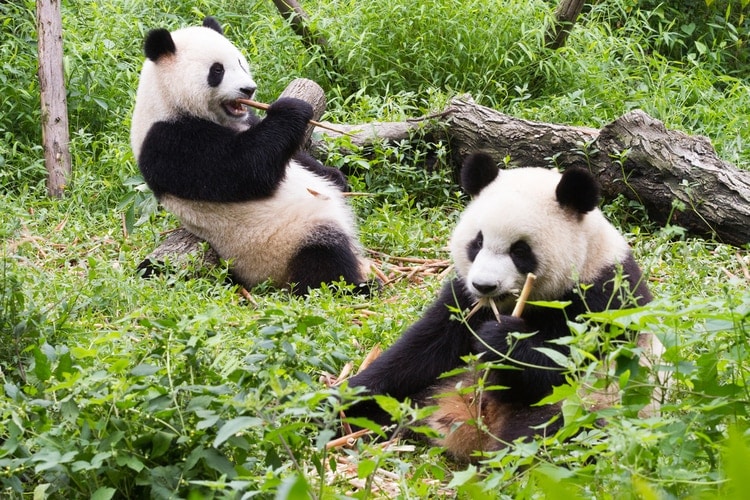 Random facts about China and the Chinese people 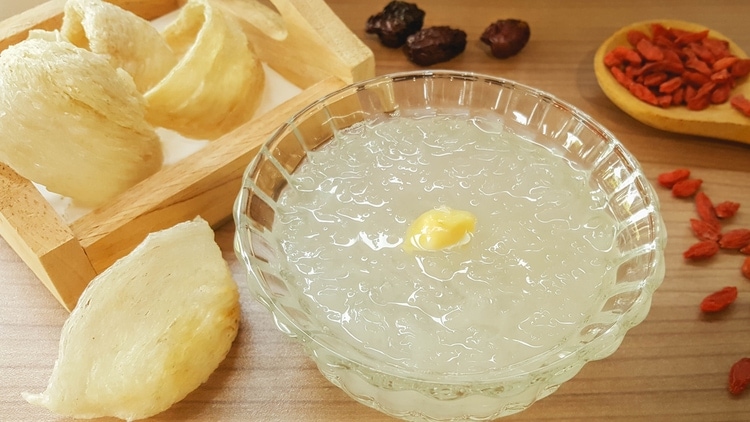 Below are some general info such as total population, land area, biggest lake, highest mountain and other general facts about China that might be interesting to know.

The Biggest Cities in China

If you’re looking for facts about China, it might also be interesting to know which are the biggest cities. Here’s a list of the top 10 biggest Italian cities ranked after population. 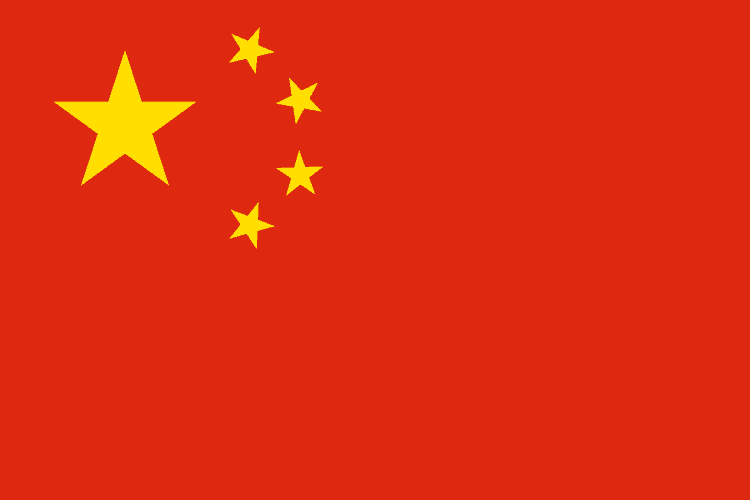 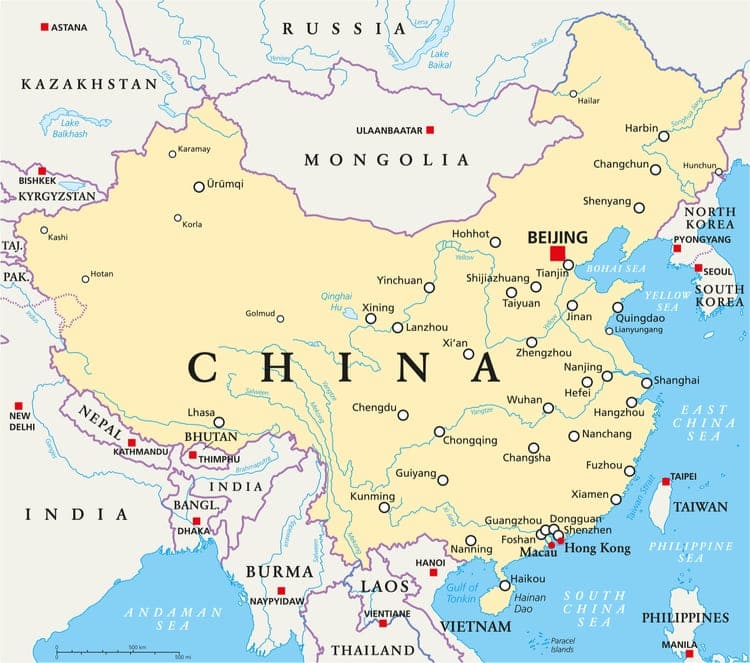 How many of these China Facts did you know beforehand? Share your result in the comment section below! 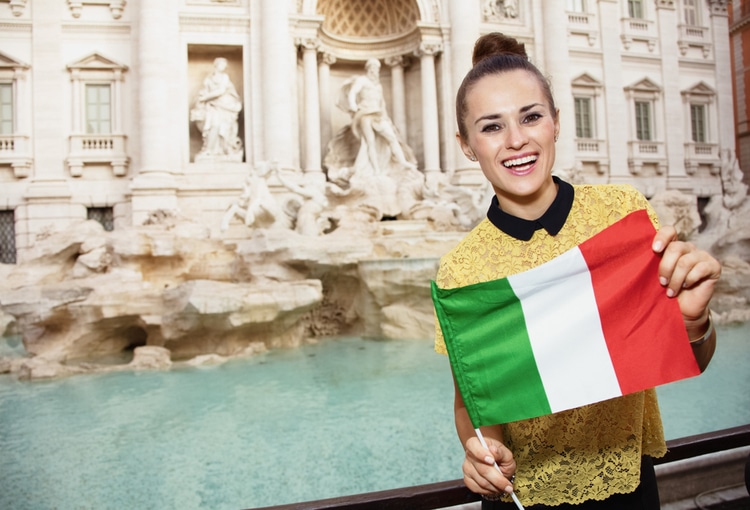 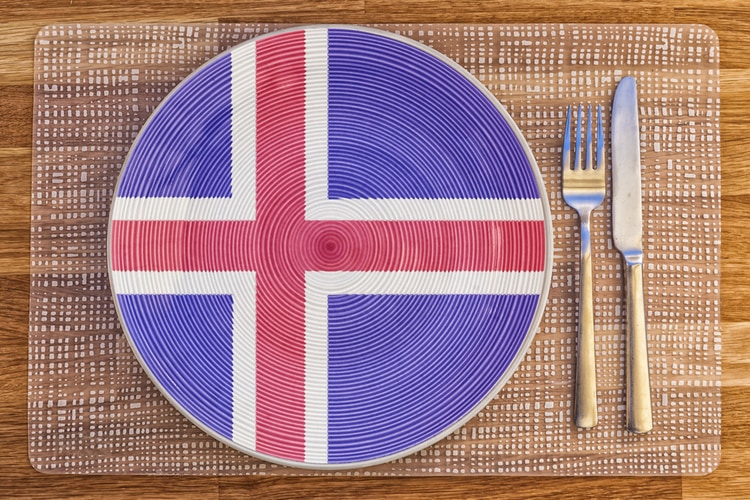