13 Most haunted places in Sweden

Mystical screams and cries during nighttime, ice-cold winds, unexplained noises, and odd guises. Sweden has several haunted places where these phenomena have been encountered.

The first haunting events at Borgvattnets Prästgård were observed sometime in the 1900s, and since then the old rectory has become known as the most haunted house in Sweden.

The Swedish church remained silent about the ghost observations until 1947 when they decided to perform scientific research. The priest Erik Lindgren who was living in the house at the time encountered several strange events. For example, he was thrown out of his rocking chair.

The first report of ghosts dates back to 1927 when the priest Nils Hedlund got his laundry rundown from the drying wire. He was the son to the minister’s wife, who died in the house in 1908. Since 1970, the old rectory has turned into a “ghost hotel” and visitors can stay overnight.

At Bäckaskog Castle in Skåne, you can stay overnight and join a guided ghost hunt. Several ghosts are said to live within the castle grounds. One of them is the horse of Karl XV, who was shot after the king died in 1872. During the nighttime, the horse can be heard galloping, which has been observed by guests and staff.

Bäckaskog is also said to be haunted by an old guest, named Elvira. She is supposedly sneaking around during the night and can be recognized by her black veil, which she was forced to use for the rest of her life after her accident with broken glass.

Room 19 is said to be the most haunted at Bäckaskog with many reports of doors and windows opening without a logical explanation.

Room 115 and 210 is said to be the most haunted rooms with several guests reporting that their duvet was moving. At the same time, they got the feeling that “someone” tucked them in, like a baby. Moreover, the wine cellar is another common area that is said to be haunted, where the staff has reported mystical events throughout the years.

Frammegården is one of the most haunted houses in Sweden. It is located in Skillingmark in Värmland and it was the site for numerous executions of witches in the 17th century. The scariest room is perhaps the one known as “the dead room” where they put dying people.

Those who dare can stay overnight. You can also read other guests’ experiences in the old guestbook. Many guests tell about mystic screams and cries as well as steps and knockings. At the attic, two children are supposed to have been starved to death and later been buried in the cellar.

Just outside Borås, one can visit Torpa stenhus, which is known for being home to several ghosts. The most famous guise is the one called “Grå frun”, who was the daughter of the owner. According to the legend, she fell in love with a Danish prisoner, which the father couldn’t accept. He killed the prisoner and left her daughter heartbroken.

Another well-known ghost at Torpa stenhus is “the walled girl”. She had been on a trip to Denmark and told her father that the plague had started to spread in Denmark. The father walled up her room with bricks when she was still alive.

The count Gustaf Otto Stenbock is another famous ghost along with his firstborn son, little Gustav Stenbock. It’s possible to stay overnight, if you dare. 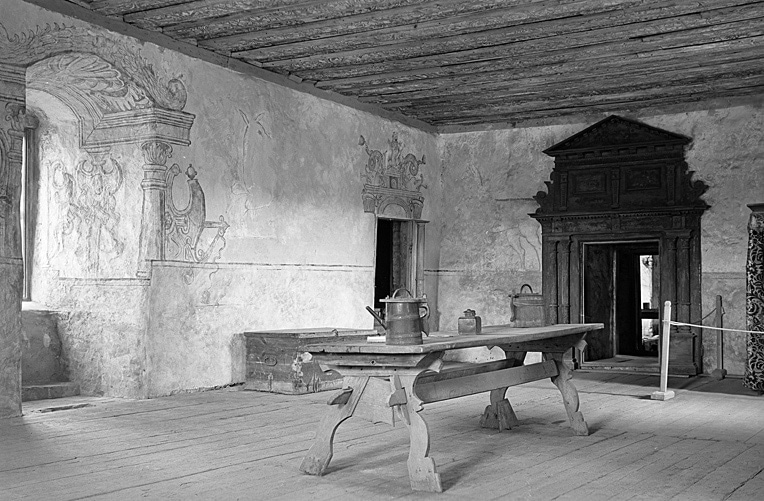 Häringe Castle might not look like it’s haunted, but it’s said that the spirit of the former lady of the castle lives on and takes care of her precious castle. Don’t be afraid if someone fixes the tablecloth, it’s just the lady who wants to keep order in place.

It’s more troublesome with the two ghosts who are said to be haunting the golden dining room. According to several reports, they have pushed guests. But the ghost observations don’t end there, and in the upper gothic room, a spirit of a 400-year old monk is supposedly living in that room. 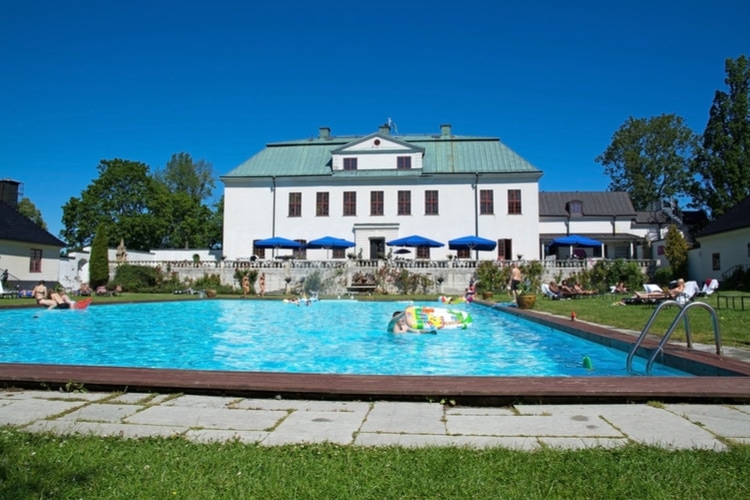 The Scheffler Palace, also known as the Ghost castle since the 1830s is one of the most haunted houses in Stockholm. In Swedish, it is called Schefflerska Palatset, and it has a long and disturbing history to explore.

In the palace, it is said to be treasures and various skeletons buried, including Hans Petter Scheffler who bought the plot at the end of the 17th century.

There are numerous encounters of ghosts and guises that ravages around the castle grounds. That is why it is called spökslottet, which means “Ghost Castle” in Swedish. The haunting has gone so far that a priest came here to drive the spirits away, but it didn’t end well. The priest was thrown out of the window and broke his leg. 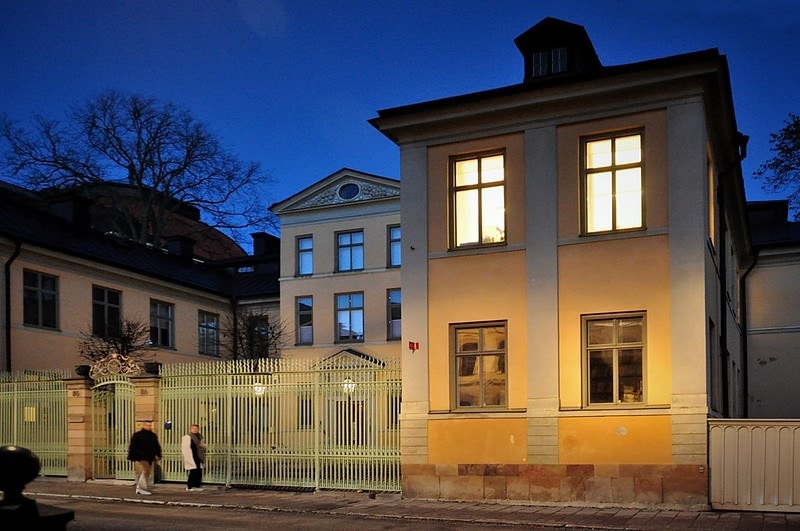 The Klosterhotel in Vadstena is located in the monastery of Holy Bridget of Sweden from the 14th century along with the fursteplats of Birger Jarl from the 13th century. If the ghost is the spirit of Bridget herself is unknown, but there are several reports of a lady that will sit down on the guest’s bedside.

In the castle house, some have even caught the shadows of the ghosts on camera. It’s also common that lights are turned on and off without a logical explanation in the main building. Glimmingehus is another haunted place in Skåne. It’s a well-preserved fortress from the Middle Ages where you can go ghost hunting. The fortress has long been named as one of the most haunted places in Sweden with several different ghosts and guises.

The little girl in the blue dress is perhaps the most commonly sighted by guests. It’s a bit creepy because the staff always replies that there is no little girl in a blue dress. Another ghost that can be seen here is the “White madam”. 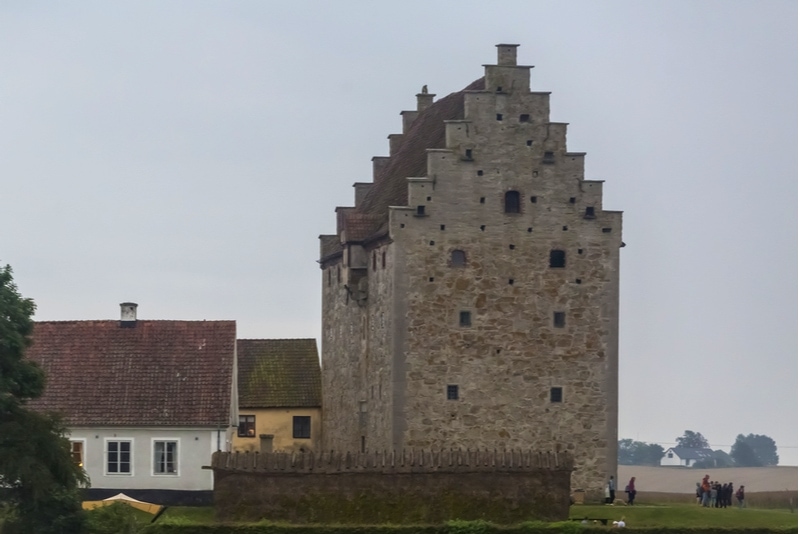 Hjortsberga prästgård is a rectory that was built in the middle of the 18th century. Through the years, many paranormal events have been reported here. Unexplainable voices from children and dog calls are common. In the 1980s, the priest Bengt Randolfson saw a female ghost, which eventually led to him moving away.

The old rectory is located in Blekinge in southern Sweden, and it was moved to Wämöparken in the 1940s. It was after they moved the building that the ghost observations became more frequent. Books have been falling out, doorknobs have been pushed down and mystical steps have been heard from the stair. 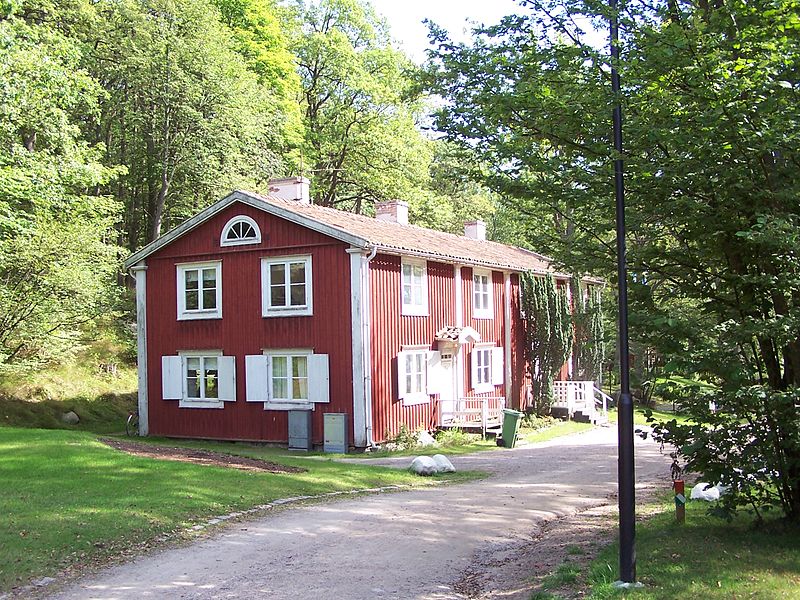 This place used to be one of the largest mental hospitals in Sweden, with room for more than 300 patients. It was named Piteå Hospital och Asyl, and in the 1950s, some 800 patients were admitted. Many of them were treated with torture-like methods such as Lobotomy and Electric chocks.

Nowadays, it’s a hotel and conference center where you can stay overnight. However, the place is still referred to as haunted by many and attracts ghost hunters from all over the world.

Guests and staff have reported the sound of rolling beds in the corridors and footsteps that are getting closer. Due to its history as a mental hospital and numerous ghost reports, this has to be one of the most haunted places in Sweden.

Kårsavagge Fjällstuga is one of the oldest cabins by STF (Swedish Tourist Organization) and it is said to be haunted. There are old stories that tell us about hikers who have died at the place in connection with storms. At least one death has been reported at Kårsavagge, a Russian man who was killed in 2003 following an avalanche.

Drottningholm Castle is home to the Swedish king and queen, but being royal clearly isn’t a guarantee to avoid being haunted by ghosts. Queen Silvia herself has told the public that she has felt their presence but didn’t share more details.

Princess Christina, on the other hand, has written and told about her encounters with a ghost-like guise. And her father, Gustaf Adolf told her about a mysterious figure that bent over him from the grand staircase of the castle.

On rare occasions, the so-called “White woman” also has appeared. Drottningholm is also recognized as a World Heritage Site by Unesco. 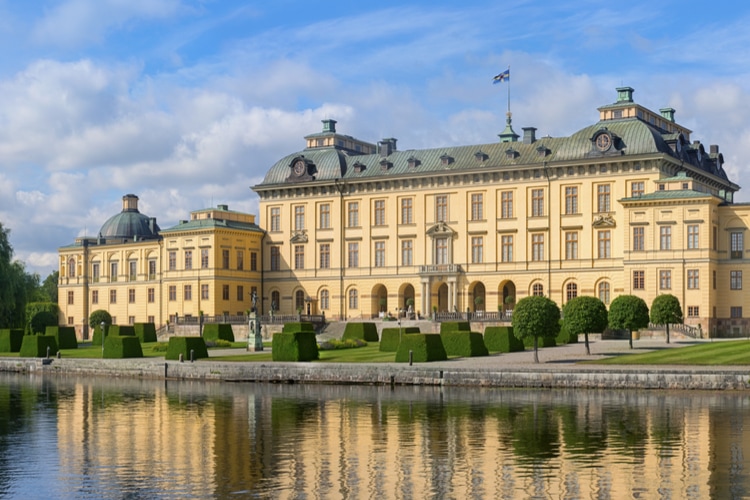 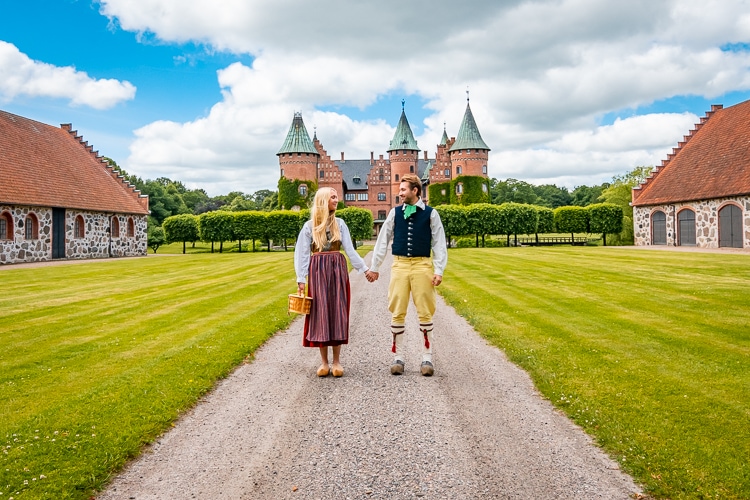