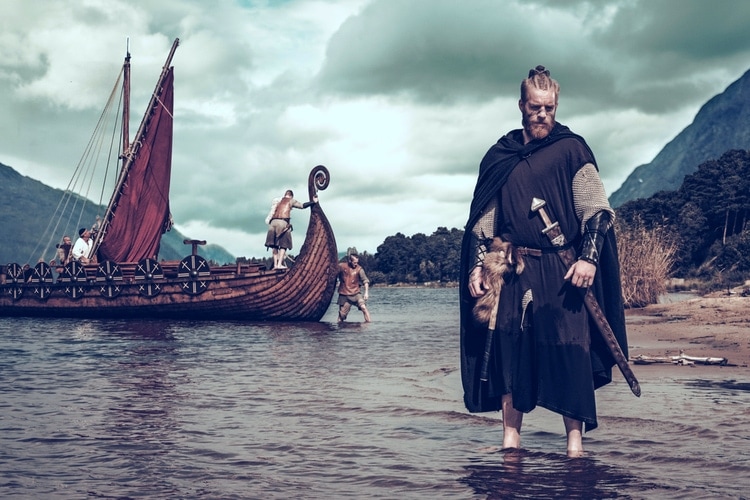 The lives and legends of the Vikings are mysterious and fascinating, so in order to dig deeper into my own heritage, I’ve made this list of 25 facts about Vikings.

The Norsemen has become famous all over the world for their raiding, pagan gods as well as fearless and brutal ways in combat.

The Vikings were seafaring people from Scandinavia who sailed as far as North America and the Middle East. They were traders, farmers, and warriors.

They believed in the Norse Asa Faith

The Vikings believed in many gods, and their faith is generally known as Asa-faith. The main gods were Odin (the Allfather), Thor (God of Thunder), Loki (the god of mischief), Freyja (the goddess of love and fertility), and many more.

Women could also be warriors, they were known as shield maidens. Recent findings have discovered that shield maidens played a much more important role than previously thought, and they now know for sure that they existed.

Women in general also had far better rights than other European women. They could divorce their men and have intercourse without being married. One of many fascinating facts about the Vikings! 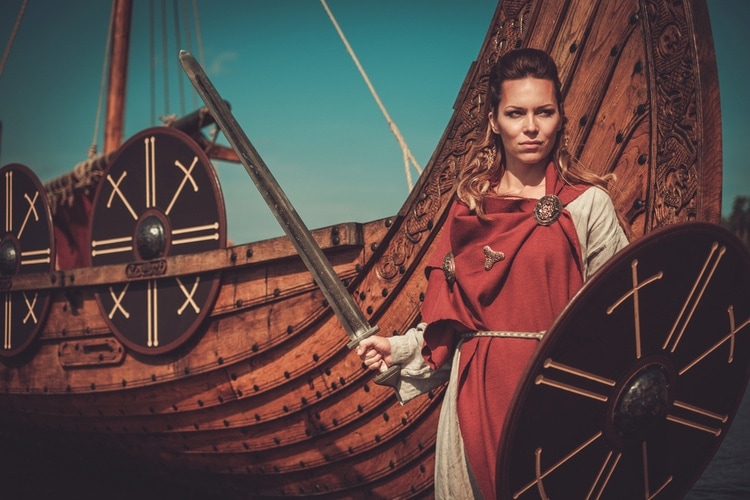 3. They didn’t call themselves Vikings

The word Viking is a derivative of Vikingar, which in old Norse language means “raider” or “pirate”. So, while we know them as Vikings, they probably never called themselves that.

To other societies, they were known by different names as well, for example, the Germans called them Ascomanni, in Ireland they were known as Dubgail and Finngail, and Arabs and Byzantines named them Rus or Varangians.

The Anglo-Saxons called them Danes. 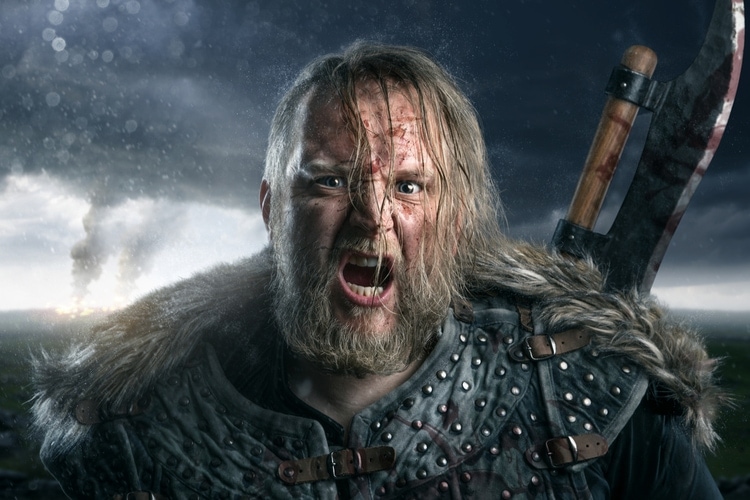 According to Norse Mythology, the all-father Odin had two ravens, Huginn and Muninn who flew all over the world to inform Odin about events and all kinds of information.

Odin’s ravens are mentioned in the Poetic Edda as well as other stories from the Viking age. 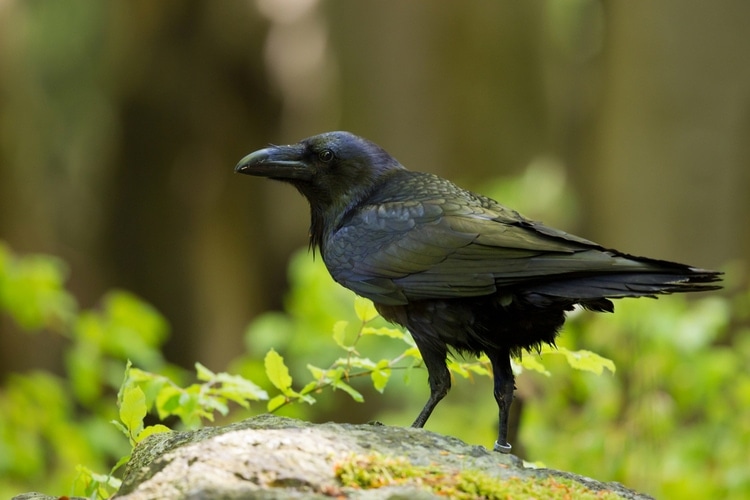 The longest Viking longhouse ever found is the chiefdom of Borg, which is thought to have been 83 meters (273 feet) long.

Viking longhouses were homes to families, and the larger longhouse you had, the more wealthy family. 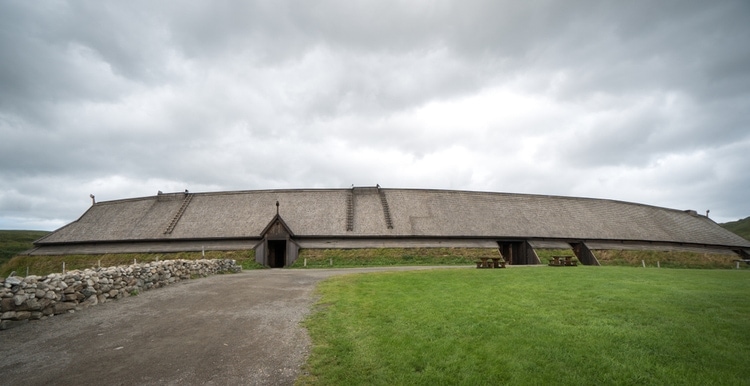 6. They used the Rune script for writing

There is not much written on papers from the Viking age in rune script, but there are plenty of stones around Scandinavia that tell tales and memories of fallen Vikings and important events.

Below, you can see the alphabet of the old Norse rune script that the Vikings used. Their usage of runes is one of the most well-documented facts about the Vikings. 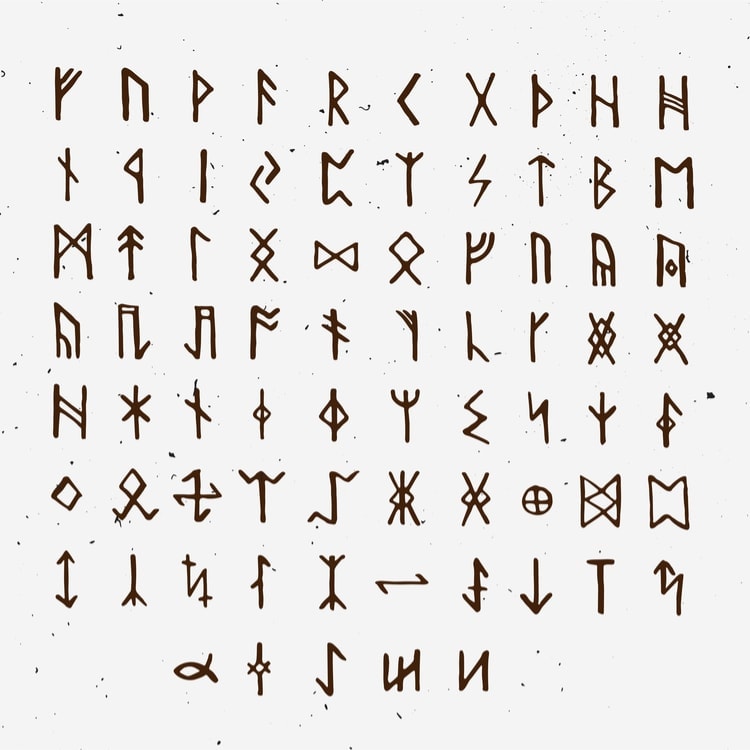 It would be quite barbaric to drink from a horn today, but during these times it was very convenient. 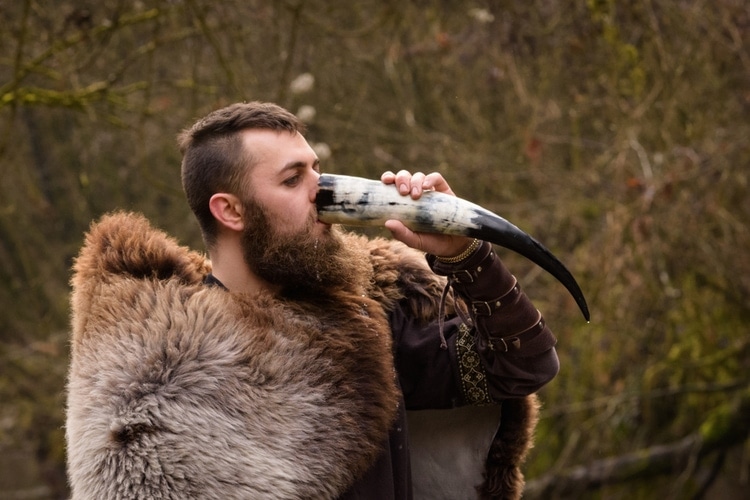 The iconic boats that made it possible to sail far-away as well as being able to traverse rivers, fjords, and coastal waters gave the Vikings a huge advantage.

There were generally two types of boats, merchant and war boats. However, many merchant boats could also be used for war purposes. Only a few ships have been found intact, and some of the most notable ships that you can see today are Gokstad, Oseberg, Tune and Skuldelev.

The Viking boats were also an important part of the burial ceremonies. Wealthy and important Vikings were all burned in ships sailing away. 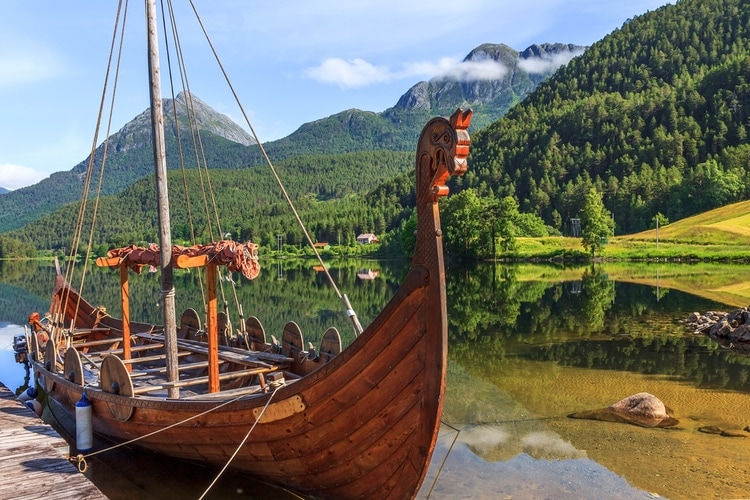 9. Only one helmet has been found

Vikings are often depicted with helmets with horns, and even though it has been debunked as a myth, the horned Viking helmets continue to sell over the world.

So far, there has only been one finding of a helmet that could be fit together into one piece. Other than the Gjermundbu helmet, only fractions of helmets have been found.

The Gjermundbu helmet is on display at Kulturhistorisk museum in Oslo, Norway.

Spears and Axes were the most common weapons among the Vikings. Swords were generally for the higher-ranked warriors, and many of them were named according to old sagas. 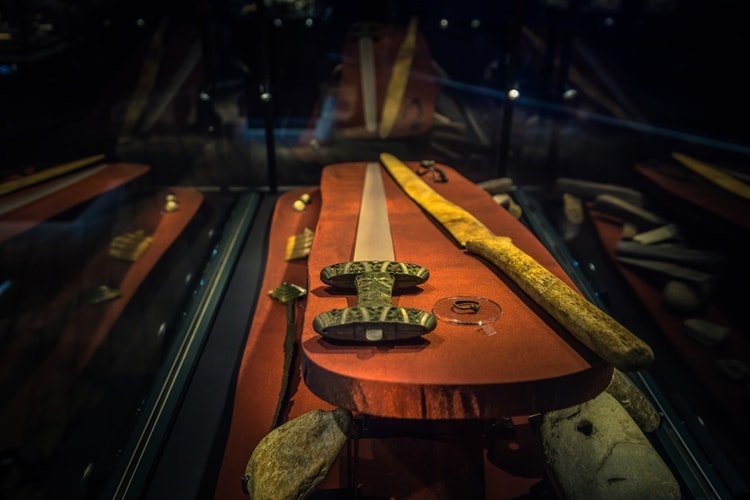 11. Valhalla was the ultimate destination

In Valhalla, endless food and drinks awaited as well as the beautiful Valkyries. Residents of Valhalla would fight all day long and get their wounds healed every evening and then celebrate all night long.

The Prose Edda by Snorri Sturluson is the only remaining old source that states how one can enter Valhalla. According to him, those who died in battle were taken to Valhalla. And the ones who died of sickness or old age had to find themselves in Hel.

Valhalla was the hall of Odin, and only those that he deemed worthy would be allowed to stay there.

12. Vikings were very active in the slave trade

Just like many other civilizations, slavery was commonly practiced by the Vikings.

They sold slaves who were used for the hardest work in the fields. They could according to various sources become free by their owner or if someone bought their freedom. The slaves had no rights and were comparable to cattle.

13. They lived in simple houses

Viking villages were quite simple, and they usually consisted of 5-6 farms or smaller houses. There are generally two types of homes, the longhouse, and the pit-house.

There are a few villages that have been reconstructed around Scandinavia, so that visitors can get a sense of what life was like. 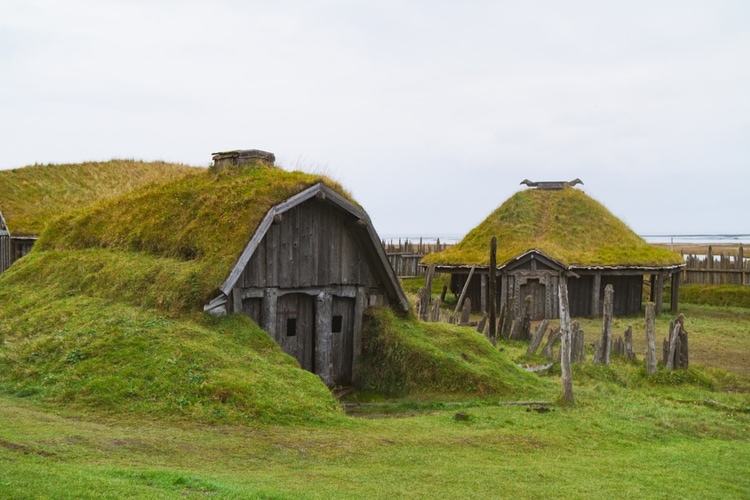 14. The first written Viking raid in England was recorded in 789 AD

A few years later though came another raid which has become very famous, the raid on the island of Lindisfarne, where the Vikings raided the church. The Christians who managed to survive the attack on St Cuthbert in 793 recorded the shocking event on the Domesday stone.

However, already in 789, the Vikings showed no mercy when the King’s reeve came to meet them.

The Varangian Guard were personal bodyguards of the Byzantine emperor, and most of them were Norsemen.

One of the greatest myths about Vikings is the fact that they wore horned helmets, but it is very unlikely that they did so. In depictions from the 11th centuries, they are seen wearing simple helmets made of leather or iron.

This is probably one of the most surprising facts about Vikings.

Some depictions even show the Vikings without helmets. The horned helmets are quite new and date back to about the 1800s after Scandinavian artists created horned helmets for Characters in theaters. 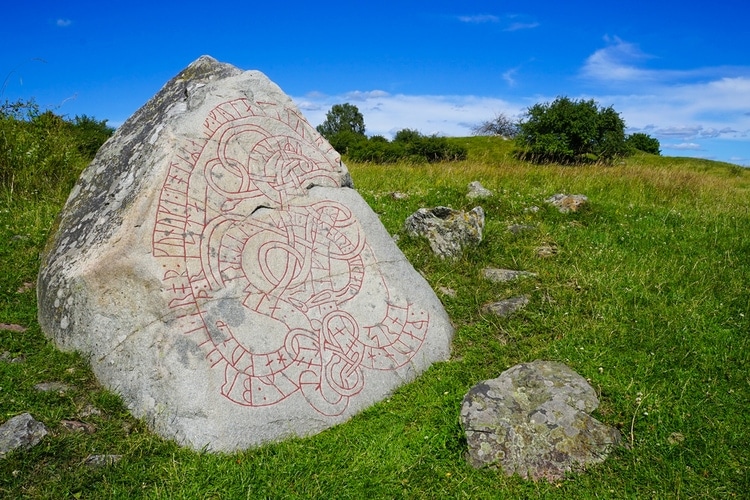 If you’re looking for facts about Vikings, you probably want to know some of the most famous persons from the Viking age.

How many of these Viking Facts did you know before reading this? Share your result in the comment section! 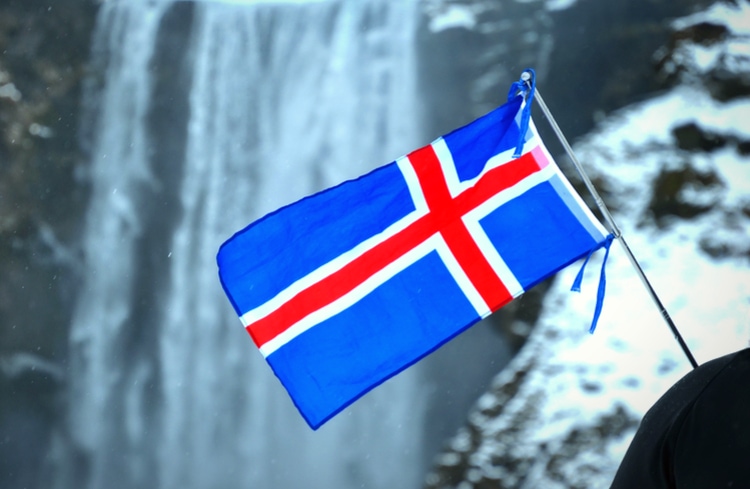 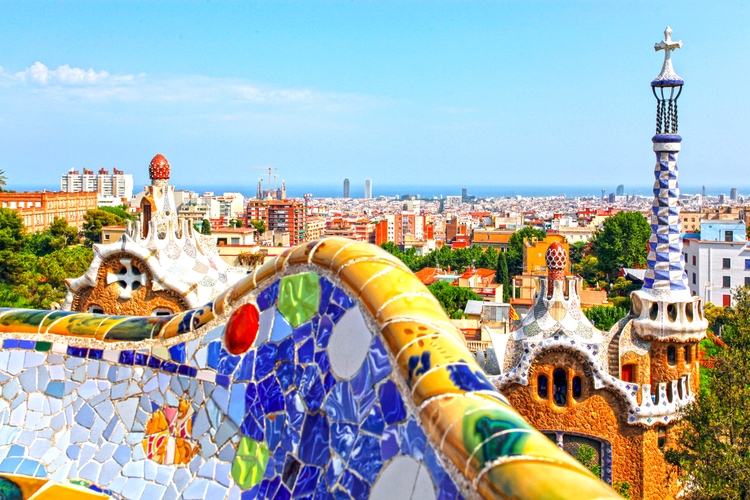 This blog is fascinating! My ancestors were likely Vikings.