Thanksgiving is observed in America on Thursday, 28 November in 2019.

The first Thanksgiving was celebrated in 1621

Historians generally attribute the first celebration to the three-day harvest feast that took place in Plymouth in 1621. During this feast, some 50 pilgrims met with 90 Wampanoag tribe members. 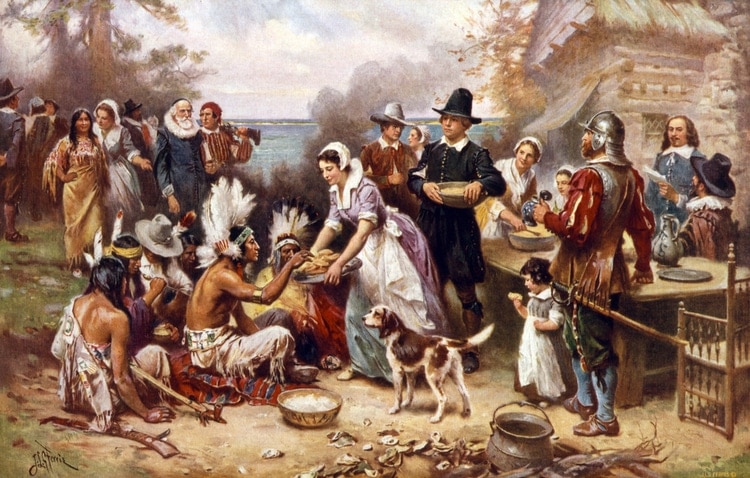 Turkey was probably not eaten on the first celebration

The Wampanoag brought five deer to the feast, and the English brought fowl, which probably were either ducks or geese. There might have been cranberries, but if so, they were eaten raw and not as a sweet sauce.

No pies were included in the first celebration either, but pumpkins, corn, roots, and beans are likely to have been eaten.

It became a national holiday on October 3, 1863

Sarah Josepha Hale who wrote “Mary had a little lamb” was one of the main campaigners and she’s therefore sometimes referred to as the “Mother of Thanksgiving”.

More than 54 million Americans are traveling for the holiday

If you’re traveling this Thanksgiving, you’re one of 54 million Americans who are traveling somewhere for the holiday. That’s more than 1/4 of the total population, which shows just how important this national holiday really is.

It’s a great time to gather as a family and enjoy a nice turkey dinner and showing gratitude for each other. 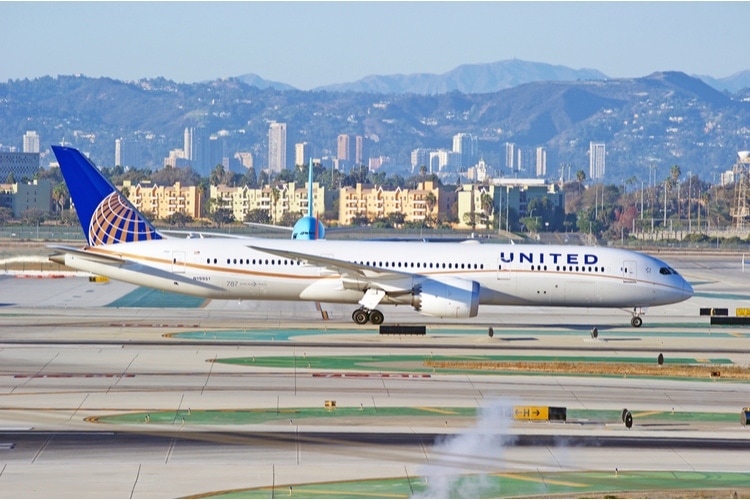 Don’t know how to prepare and cook your turkey for thanksgiving? Don’t worry, there’s a 24/7 helpline that will answer your questions. The Butterball Turkey Talk-Line is estimated to answer some 100,000 calls by Americans who don’t have a clue on how to prepare that iconic turkey dinner.

Jingle Bells was originally written as a song for Thanksgiving

Today, it would be considered almost a sin to leave out Jingle Bells during Christmas, and it’s one of the most beloved Christmas songs of all time, but what many don’t know is the fact that it was actually written for Thanksgiving.

Visitors can go to Plymouth in Massachusetts and visit the Plimoth Plantation where the houses and everything look exacly like it did in the 17th Century when the pilgrims had the first thanksgiving with the Native Indian Americans. 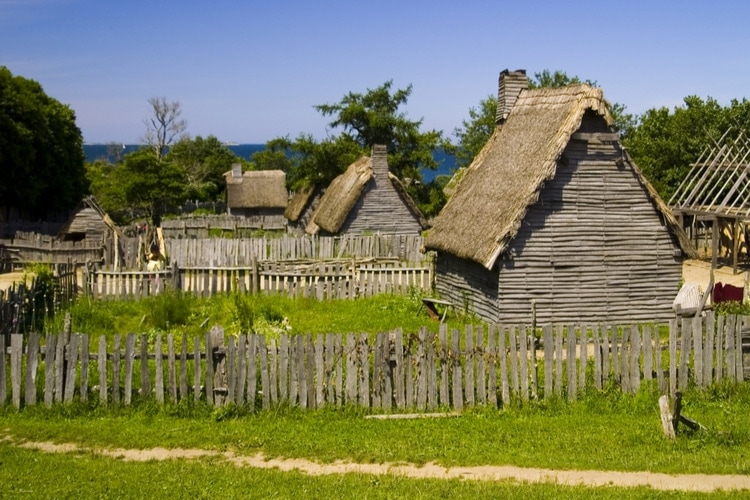 It’s mostly celebrated in the U.S and Canada

Thanksgiving in Canada is celebrated in October, so the main event on the fourth Thursday of November is all about the American holiday. Additionally, the holiday is observed in some Caribbean islands as well as the African country Liberia, and the Dutch town of Leiden.

8 in 10 people prefer the leftovers over the actual dinner

Having dinner with family and relatives can be stressful, and somewhat forced, so perhaps that’s the reason why 8 in 10 Americans prefer the leftovers. The first TV dinners were actually a result of Thanksgiving leftovers.

The tradition of football on Thanksgiving began in 1876

Watching Football (American) on Thanksgiving has been a nationwide tradition that began already in 1876. In that year, the college football teams at Yale and Princeton started an annual tradition of playing each other.

In recent years, the tradition has somewhat faded out in most cities, and Detroit and Dallas are the only two cities where the tradition of football continues year after year. 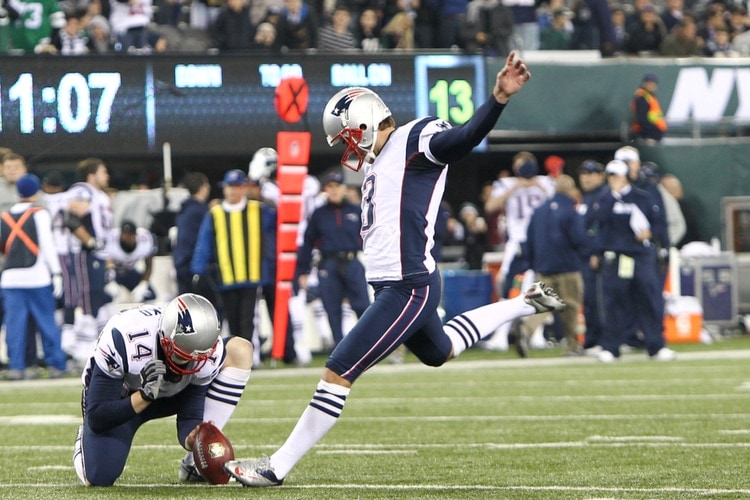 80 million pounds of cranberries are consumed during the holiday

Since 1924, Macy’s has continued with their annual Day Parade in New York City. It starts at West 77th Street and continues via Central Park West to Columbus Circle and Central Park South before it gets to 6th Avenue and the final stop at Macy’s Herald Square. 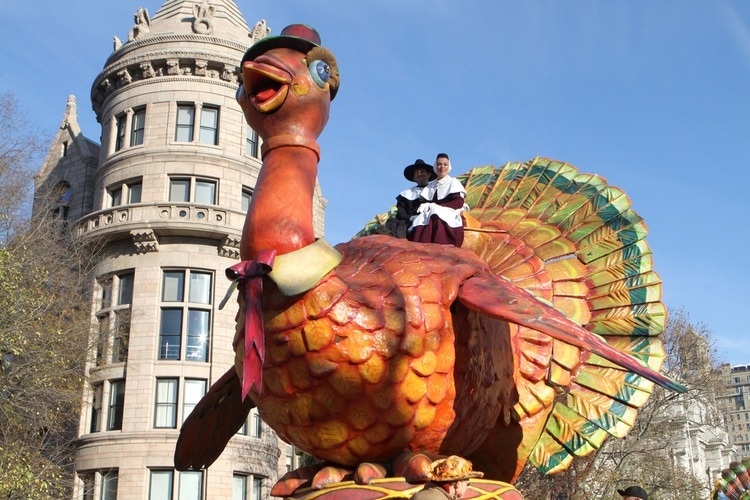 The day after Thanksgiving is the busiest day for plumbers

While the regular Joes go on a shopping spree on Black Friday, the American plumbers are having their busiest day of the year. For them, it’s not a black Friday, but more of a “brown friday” which is the actual nickname given by plumbers.

The average cost of a Turkey dinner is more than $50

Since 1986, the Farm Bureau has listed the average cost for a Thanksgiving dinner which then came at the average price of $28.74.

Nowadays, the $50 barrier is broken, and the average host or hostess will have to pay a little more than 50 US Dollars on average for the famous turkey dinner with dessert and trimmings included. 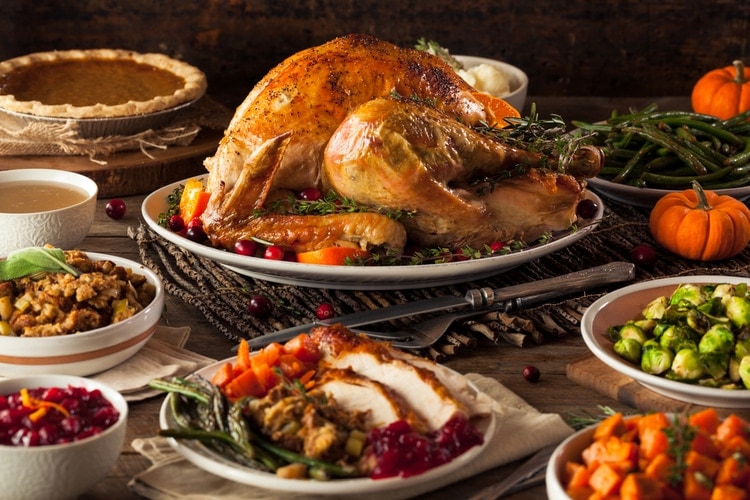 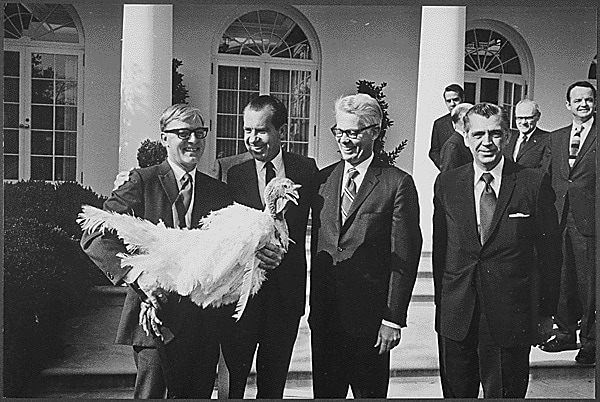 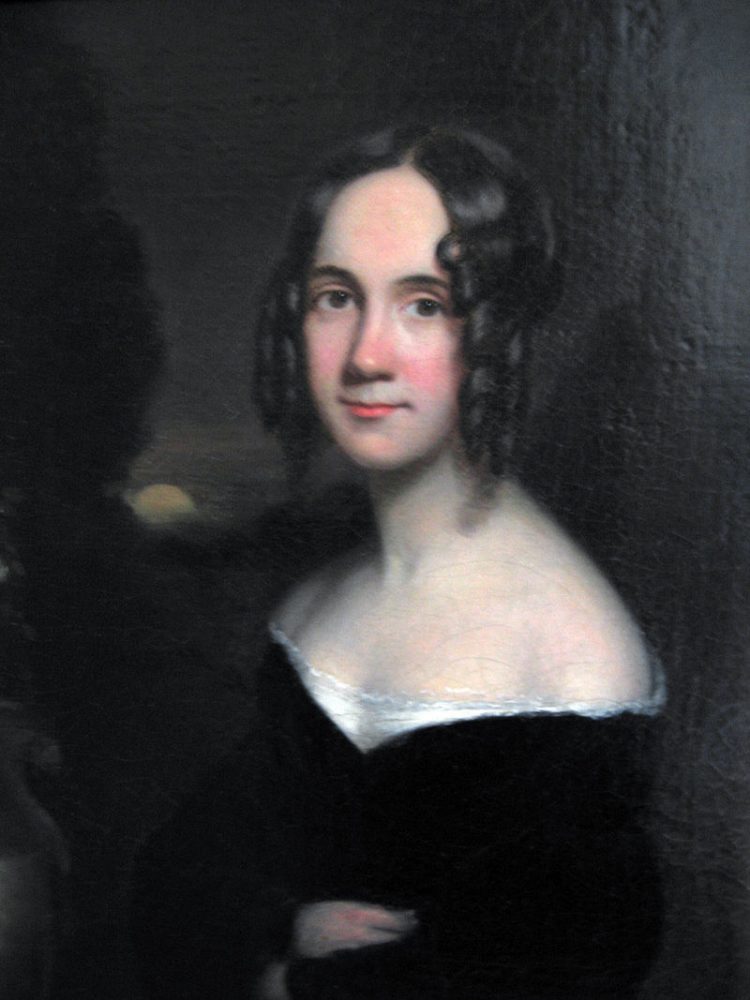 Why is Turkey the tradition of Thanksgiving?

Turkey is an American bird and after Bradford’s journals were reprinted in 1856, it told about how the pilgrims had been hunting turkey in the autumn of 1621. This further sparked the practice of eating turkey for thanksgiving after Abraham Lincoln declared it into a national holiday.

When did Thanksgiving become a national holiday?

Abraham Lincoln proclaimed it a national holiday in 1863.

What are 3 foods that were probably eaten at the first Thanksgiving?

Waterfowl, Venison, Berries are 3 foods that were probably eaten during the harvest feast in Plymouth, Massachusetts.

What day is Thanksgiving every year?

Thanksgiving is always celebrated on the fourth Thursday of November.

How many countries celebrate Thanksgiving?

While the United States and Canada are the main countries who observe Thanksgiving, there are some other places in the world as well. Australia, Granada, Liberia, Netherlands, and Saint Lucia also have their own celebrations.

The celebration originated from a harvest festival, and the “first thanksgiving” is often acclaimed to the celebration at the Plymouth Plantation in 1621 where 53 Pilgrims and 90 Native Americans held a harvest feast.

Holding a feast in God’s honor and say thanks were not something new, and there are even some earlier observances of thanksgiving in the U.S dating back to the Spaniards and French colonists. But the celebration in 1621 was the start of a new tradition, which still continues today as one of the most widely celebrated holidays in the United States.

On January 1, 1795, Washington proclaimed a Thanksgiving Day to be observed on Thursday, February 19. Nearly 100 years later in 1863, another president Abraham Lincoln proclaimed it a national holiday.

Since then it has become one of the most beloved holidays in the United States, and it’s widely celebrated by families nationwide. The majority of businesses have the whole weekend off and allow their employees to have 4-days off during the holiday.

The day after has become famous as Black Friday where stores and online shops are offering major discounts for shoppers.

How many of these Thanksgiving facts did you already know? Leave a comment below! 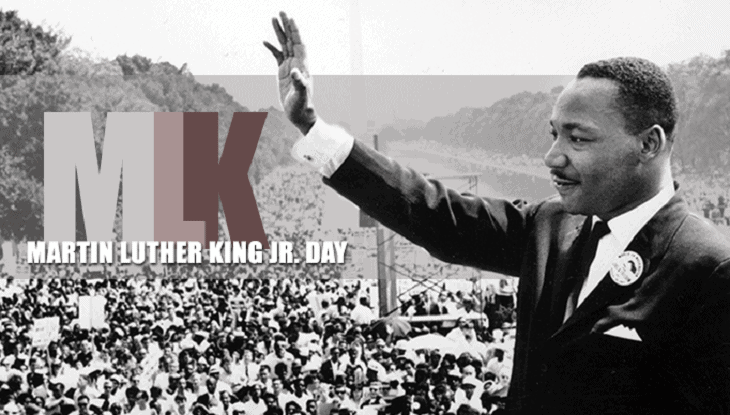 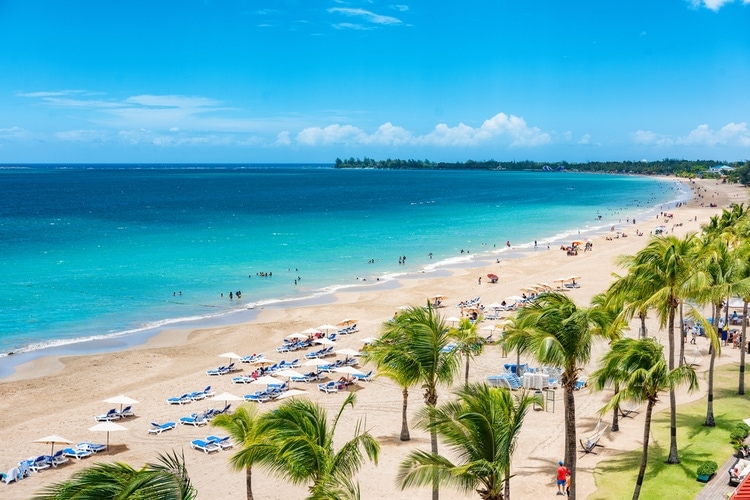 Where is Hot in January? 15 Warm places with sunshine
Read Next Post →
Click here to cancel reply.