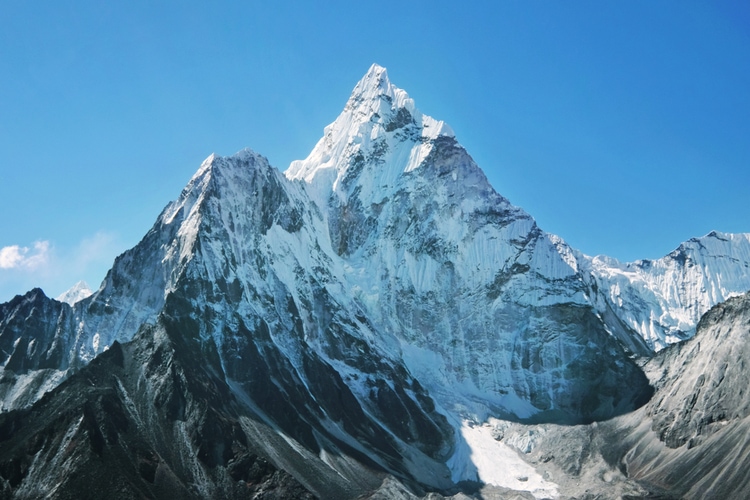 What do you know about Mount Everest? Here’s a list of 15 Interesting Mount Everest Facts that I bet you didn’t know before reading this!

At a height of 8,848 meters, Mt. Everest is definitely the highest mountain in the world, but speaking of the tallest mountains in the world generally includes the base of the mountain as well, below the sea.

So the tallest mountain in the world including what’s below the sea is actually Mauna Kea in Hawaii with a total height of 10,210 meters (33,500 feet).

The mountain is growing about 4mm per year

But it can also shrink if another major earthquake happens, like the one in Nepal 2015 where the mountain shrank with about 2.5 centimeters (1 inch).

The growth of 4 mm is happening due to rock movement where the landmasses are pushing and forcing it to move upwards. 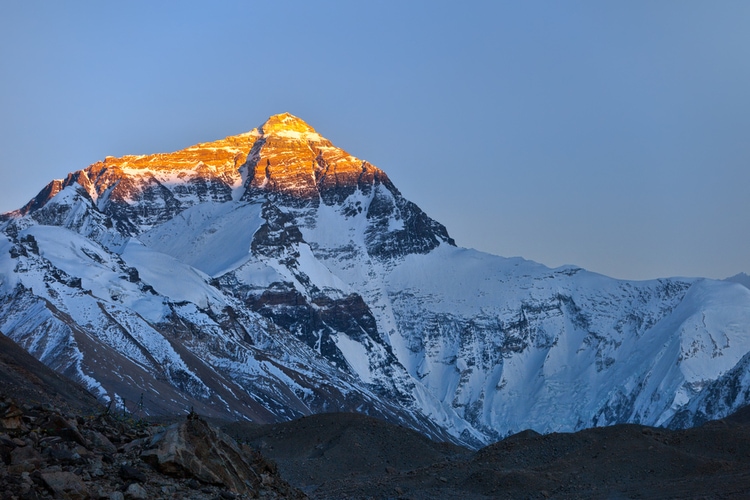 More than 4000 successful climbers have reached the summit

Since the first successful climb in 1953, by Edmund Hillary and Tenzing Norgay, about 4000 other people have reached the summit.

Not all climbers are so lucky though, and not all make it to the top, some unfortunately die, and others have to turn back due to weather or other circumstances.

Many of the Sherpas have climbed Mt. Everest several times

The record is 23 times for a Sherpa to reach the top of Mt. Everest, now that’s certainly an accomplishment that deserves some celebration and acknowledgment! 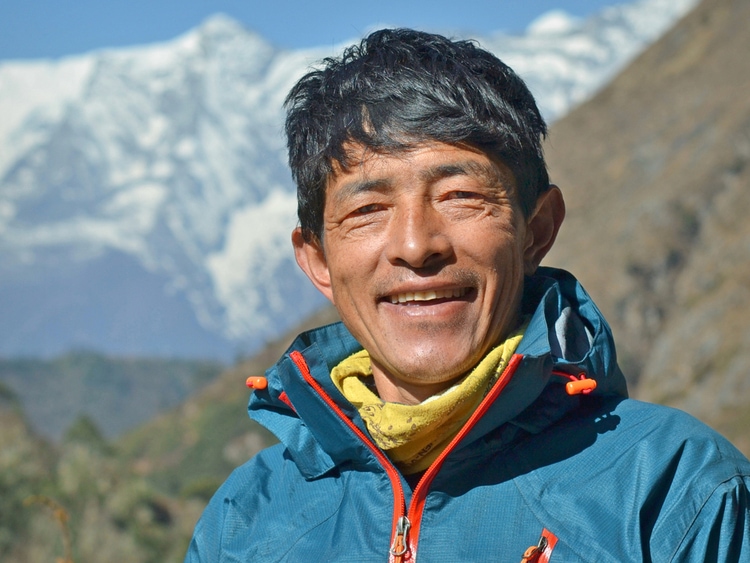 Queues to the top have become the norm in recent years

In recent years, more tourist has been coming to Nepal to climb the highest mountain in the world, so many that you should expect traffic jams along the route, which can be devastating.

2019 was another record year where tourists are queuing to get to the summit, almost like queuing at an amusement park, except that every minute up there waiting is an added risk for your life.

The oldest climber was 80 years old

Yuichiro Miura is the oldest climber to have reached Mount Everest. At the age of 80 in 2013, he made it to the top, which makes this one of the most fascinating facts about Mount Everest.

This wasn’t his first journey to the summit though, he broke his own record by 10 years. He went for a third time at the age of 85 in 2017, but unfortunately, he passed away on Everest during his last attempt.

The youngest climber was 13 years old

On the other side of the scale is the youngest climber ever to reach the summit of Mt. Everest. The American Jordan Romero accomplished the tiresome route up to the top at the age of 13 years old together with his father!

His record will remain unbeaten as well since the new minimum age is 16 years to get a permit.

Most people die in the so-called death zone

Avalanches are the main cause of death on Everest along with suffocation, starvation, frostbite, snow diseases, and hypothermia.

Doctors are only available from 5400 meters and below, and the death zone is above 7500 meters. 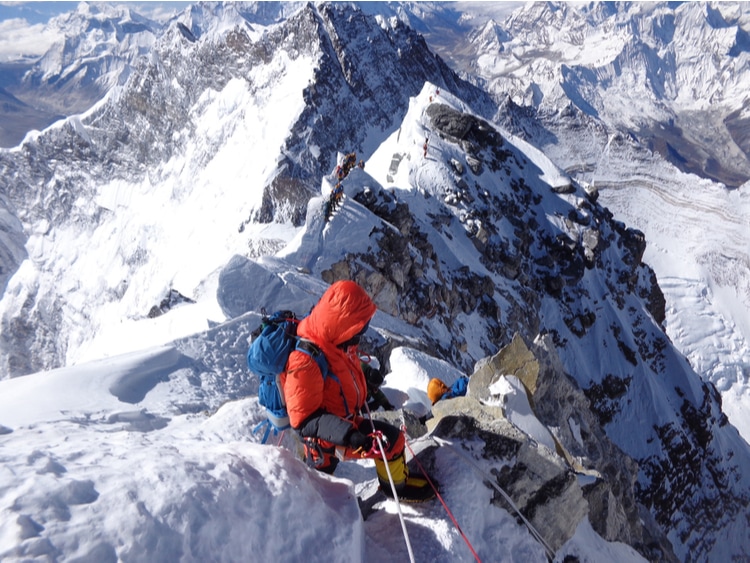 Getting to the top as fastest as possible might not be the goal for the average climber, but some experienced climbers always try to challenge themselves and others and accomplish faster ascents.

Lakpa Gelu Sherpa managed to get from Everest Base Camp to the top in just 10 hours and 56 minutes.

-6 °C is the highest temperature recorded

6 minus degrees celsius (20 °F) is the warmest temperature ever recorded on Mount Everest, so it’s definitely important to wear suitable and good clothes. The longest stay on the summit was 16 hours by Babu Sherpa. 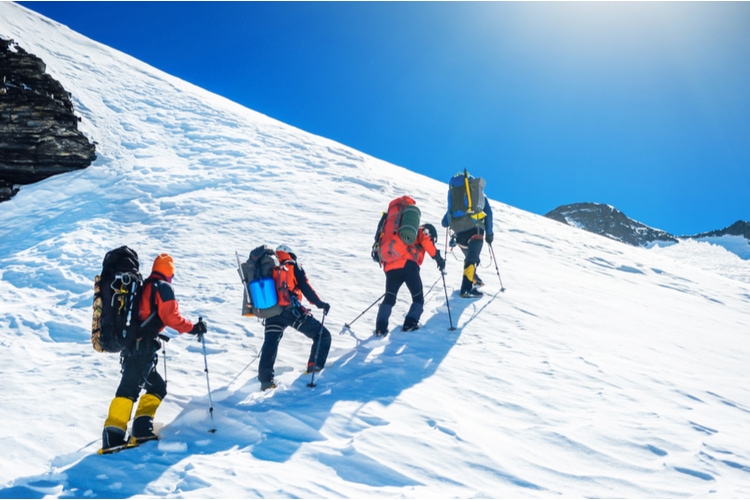 The difference in wage for a Sherpa and Western guide

A Western Guide can make as much as $100,000 per season, whereas the Sherpas are making about 2,000 – 5000 US dollars per season. It’s a lot more than the Nepalese average wage, but they risk their life for foreigners wanting to reach the Everest summit.

The difference is almost 20 times higher wages for Western guides compared to the local Sherpas. 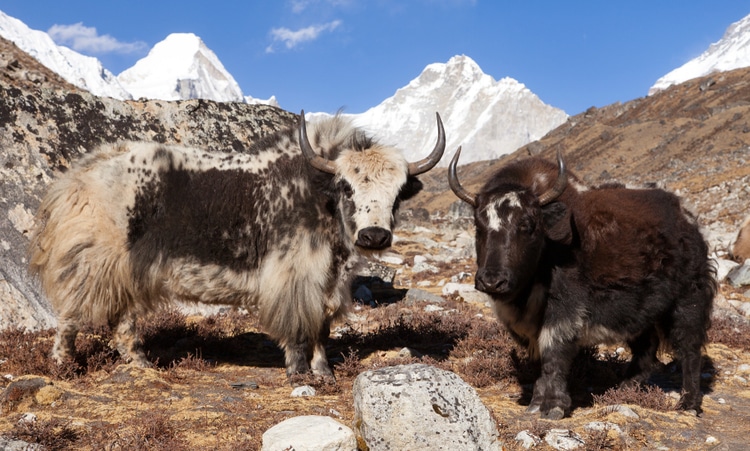 How many dead bodies are there on Mount Everest?

There is no exact number as to how many dead bodies there are on Mt. Everest, but it’s estimated that more than 300 people have died, most of them in the death zone.

Is there any life on Mt. Everest?

There are no animals living on the summit likely due to insufficient sources of food and lack of oxygen. However, some thousand meters from the top, you’ll see more and more animals as you continue further down.

The highest living creature is the Himalayan Jumping Spider, which has been recorded at heights up to 6700 meters (22000 ft). They primarily feed on insects that are thrown up in the sky by the winds.

Around Everest Base Camp, there are various animals such as the Yak.

How old is Mount Everest?

The mountain is located on the border of Nepal and Tibet.

How much do Sherpas carry?

How many of these Mount Everest facts did you already know? Leave a comment below! 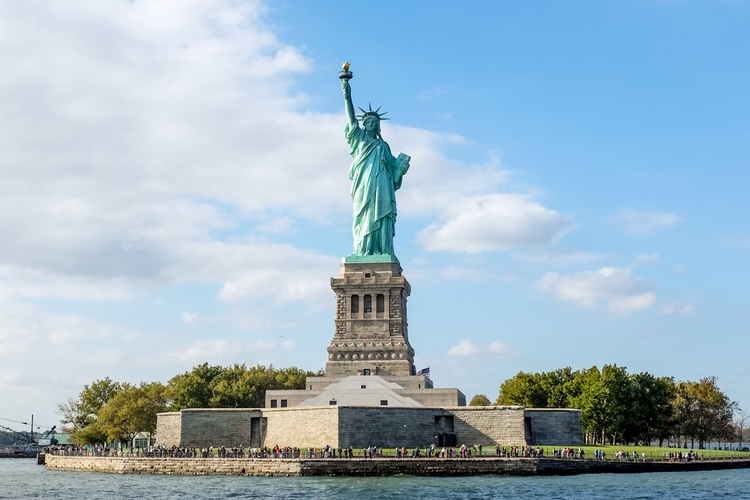 15 Interesting Facts about the Statue of Liberty
← Read Last Post 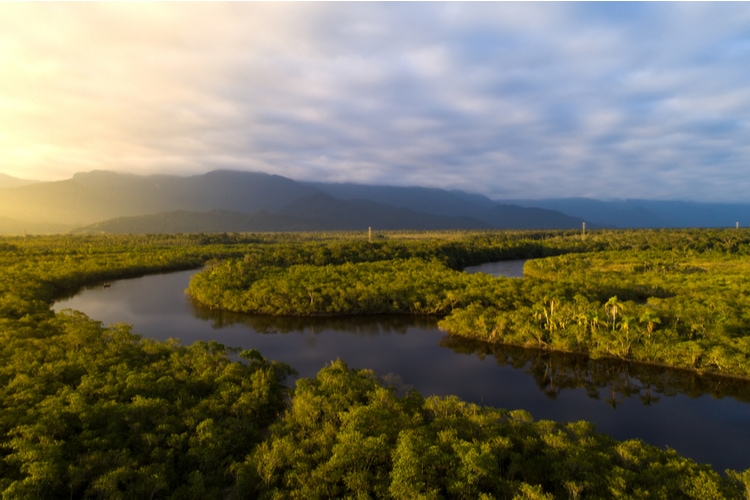