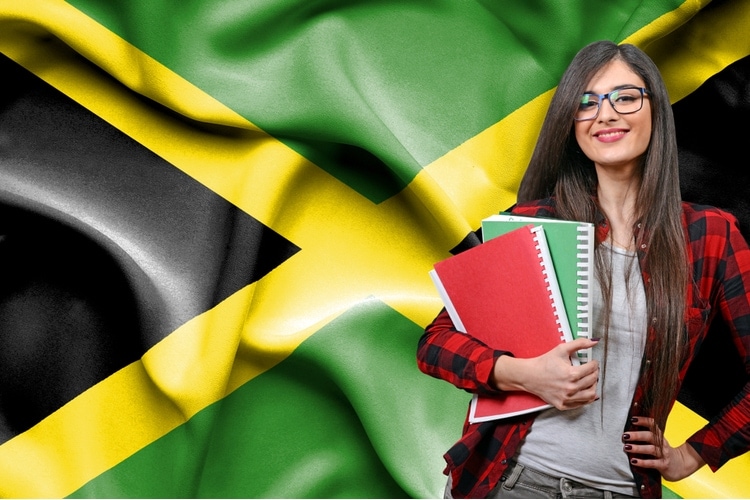 Want to know more about Jamaica? Here are 25 Interesting Facts about Jamaica that you probably didn’t know before reading this!

To make this even more fun, I want to challenge you as well. How many of these Jamaica facts did you know before reading this? Share your result in the comment section!

Over 90% of Jamaicans are of African descent

Around 100 years later, the British had brought around 192 787 slaves from Africa to work at the plantations. This is one of the sad facts about Jamaica and its history. Fortunately, slavery was abolished in the 1800s and Jamaica gained its independence in 1962.

Ackee and saltfish is the national dish

It won’t take long before you’ll see a restaurant or roadside stall selling the national food of Jamaica, Ackee and Saltfish. The Ackee fruit is not native to the island but was introduced in the 1700s from Ghana, and today it’s well integrated into Jamaican cuisine. 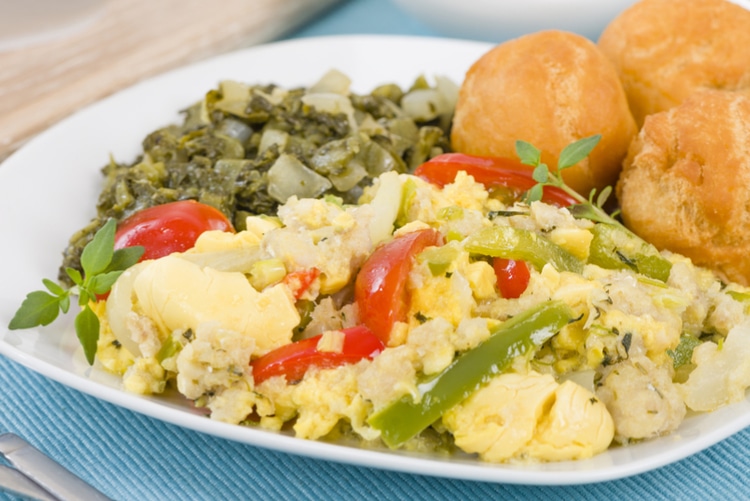 Tourism is important for the local economy

Over 1 million tourists visit Jamaica each year, most of them are either Americans or Canadians. There are many resorts in Montego Bay and Negril, which are the two main tourist destinations on the island.

Jamaica Has the Most Churches per Square Mile

There are more than 1600 churches in total in Jamaica, and several of these are historical churches that date back to the days of colonialism.

The majority of Jamaican churches are built later on as well, and it’s a highly religious country where many Jamaicans attend church on a regular basis. 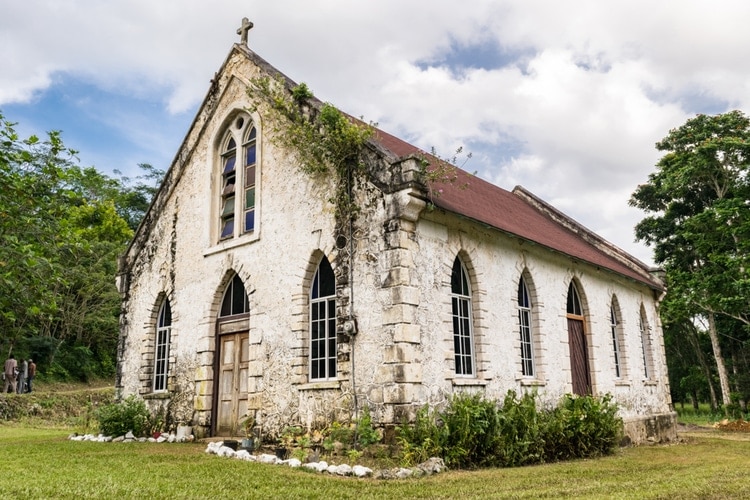 Home and birthplace of Bob Marley

Robert “Bob” Marley is one of the most famous musicians of all time, and his songs are played even several decades after his death. He was born in Nine Mile 1945 and is perhaps the most recognized Jamaican in history.

His political actions and message, as well as reggae music, put Jamaica on the world map. Tourists are still coming to the island just because they love Bob Marley and want to visit his birthplace in Nine Mile, and the Bob Marley museum.

Reggae evolved in Jamaica in the 1960s from genres like Ska and Rocksteady, and Bob Marley and the Wailers were some of the first bands to make that transition.

Bob Marley is often dubbed as the King of Reggae since he spread it worldwide and sold more than 20 million records. 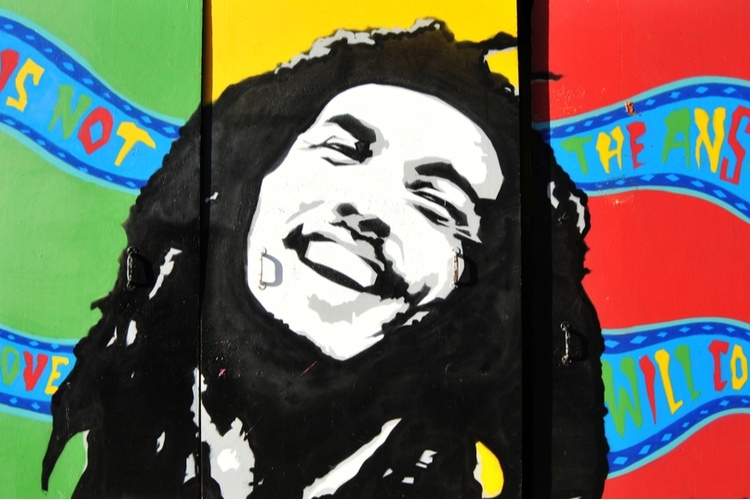 The first Caribbean country to gain independence from the United Kingdom

Another interesting fact about Jamaica is that it was the first Caribbean island to gain its independence from the United Kingdom. In 1962, it was declared as an independent nation, although Jamaica chose to remain part of the British Commonwealth.

The Blue Mountain coffee from Jamaica is one of the most expensive types of coffee in the world, and it’s highly sought after.

It has grown on the island since 1728 and only coffee which has been certified by the Coffee industry board of Jamaica can be labeled “Blue Mountain Coffee”. 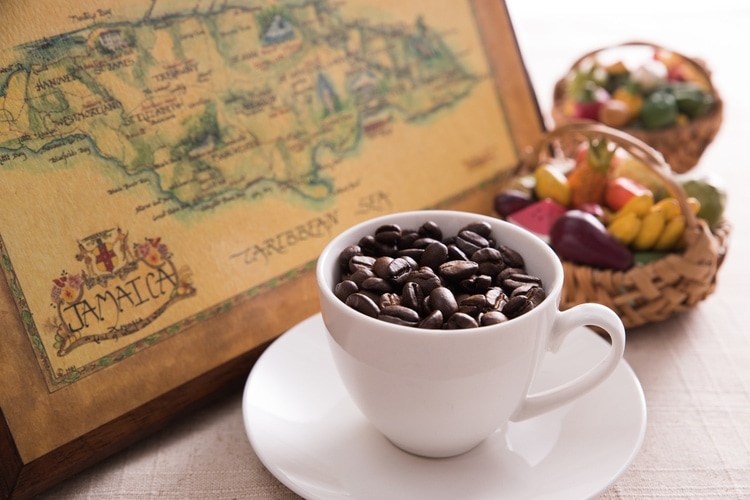 Bananas, sugar, and coffee are the main exports

The indigenous people, known as Arawaks cultivated Yam and Corn. These days, the major exports from Jamaica include coffee, sugar, and bananas. The change from Yam and Corn happened already during colonialism when sugar plantations were introduced along with other non-native crops.

There are many beautiful beaches

This might not be one of the surprising facts about Jamaica since it’s a tropical island in the Caribbean, but some of the world’s most beautiful beaches can be found here.

The Seven Mile Beach in Negril is famous worldwide and attracts many tourists each year. It’s listed as one of the best beaches in Jamaica. 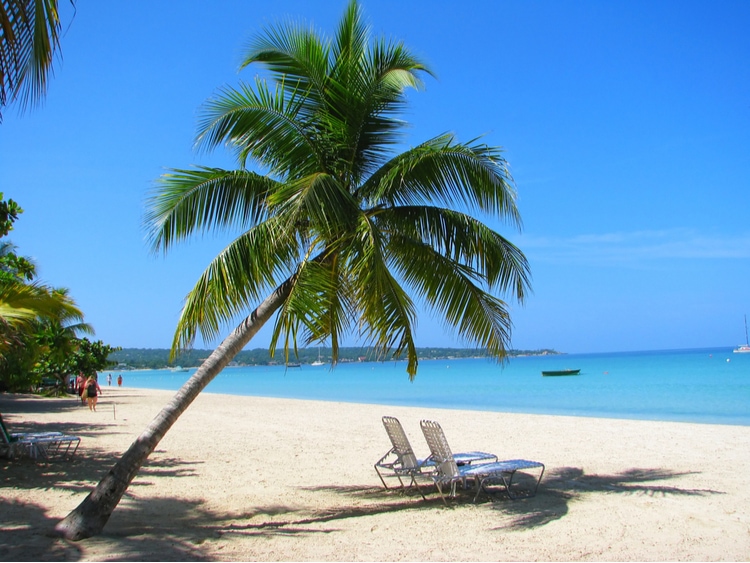 Home to the Rastafari culture

The Rastafari culture became famous as Bob Marley spread it worldwide. It was developed in the 1930s in Jamaica and is known as Rastafarianism. It’s a type of Abrahamic religion that believes in the Judeo-Christian God, which is known as Jah.

But it’s not only a religion, but it’s also a way of life, social movement, and a certain mindset. The Rastafarian movement also stems from the teachings of Maces Garvey, who told African people to unite worldwide and return to their motherland in Africa.

With that said, only a small percentage of Jamaicans refer to themselves as Rastafarians. But it will be forever associated with Jamaica since the Rastafarian culture has its roots from there.

There are over 200 species of Orchids

It is believed that Colombia has the largest number of orchids in the world, but Jamaica has a lot of them too, more than 200 species in fact, which means that you’ll see various orchids all around the island.

In addition to orchids, there is also rich flora and fauna on the island with more than 1000 species of trees and hundreds of various plants and tropical fruits.

Tourists are required to pay a $35 departure tax

This tax is often already included in the price of the flight ticket, but it’s still an interesting fact about Jamaica which many don’t know about. The official name for this so-called departure tax is “Tourism Enhancement Fee”.

In addition to the departure tax, tourists also have to pay the landing tax of $20. 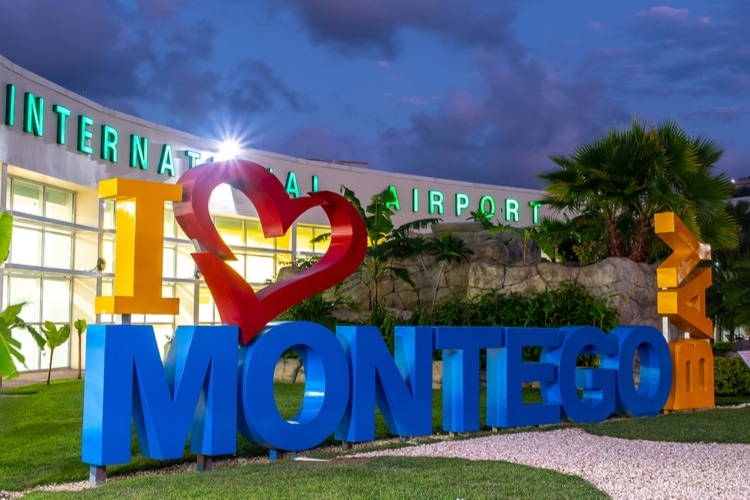 Arawaks, Tainos, and Ciboney are the indigenous people of Jamaica

Arawaks are believed to originally have come from northern South America, and they are the indigenous people of many Caribbean islands along with Taino Indians. They came to Jamaica some 2500 years ago and named the island Xaymaca, meaning “land of wood and water”.

The Arawaks also came to Jamaica, and they intermixed with Taino Indians as they shared a similar language and origin. When the Spanish arrived, they noticed that the island was divided between the enslaved people (naborias) and the royals (nitaínos).

In a period of 20 years, over 3 million Tainos/Arawaks had been killed by the Spanish or diseases that they carried.

It was the first Caribbean island to produce rum commercially

Jamaican rum is famous worldwide, and it remains one of the world’s largest exporter and producer of rum. Some of the most famous types of rum from Jamaica are Appleton Estate, Smith and Cross, Blackwell Black Gold, and Myer’s Rum,

Jamaica also has the highest number of rum bars per capita in the world. 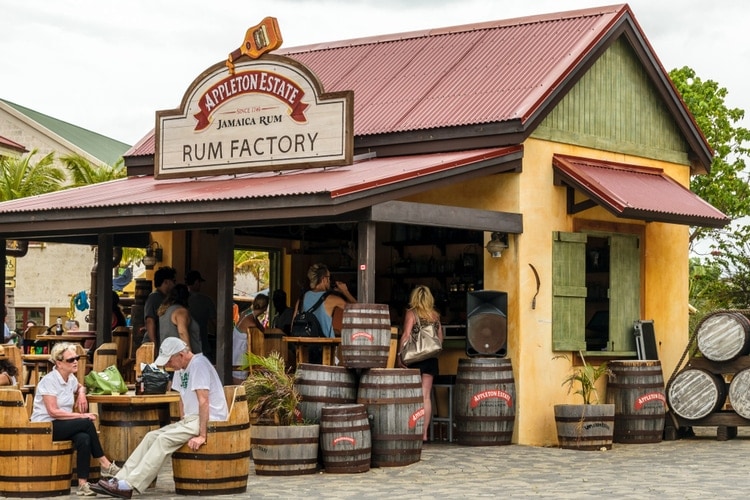 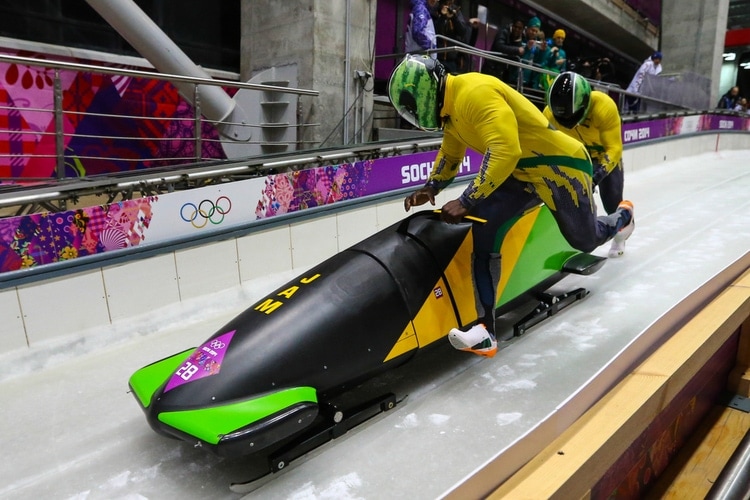 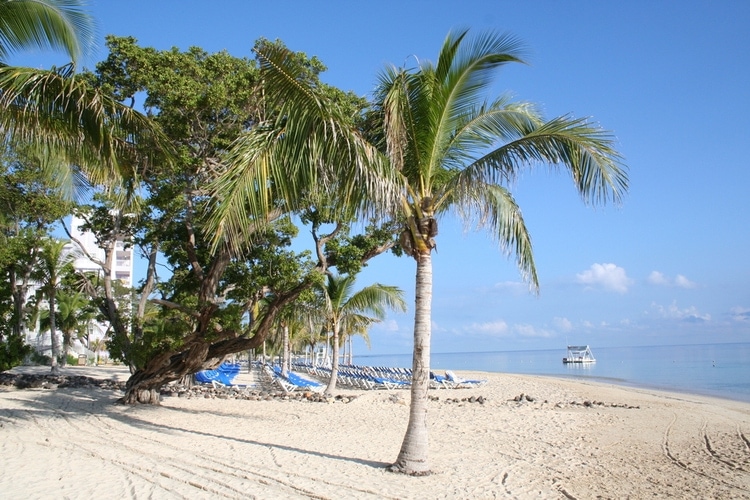 Below are some general info such as total population, land area, biggest lake, highest mountain and other general facts about Jamaica that might be interesting to know.

The Biggest Cities in Jamaica

If you’re looking for facts about Jamaica, it might also be interesting to know which are the biggest cities. Here’s a list of the top 10 biggest cities ranked after population.

The Jamaican flag is characterized by its yellow cross with black color on the vertical sides, and green color on the horizontal sides. 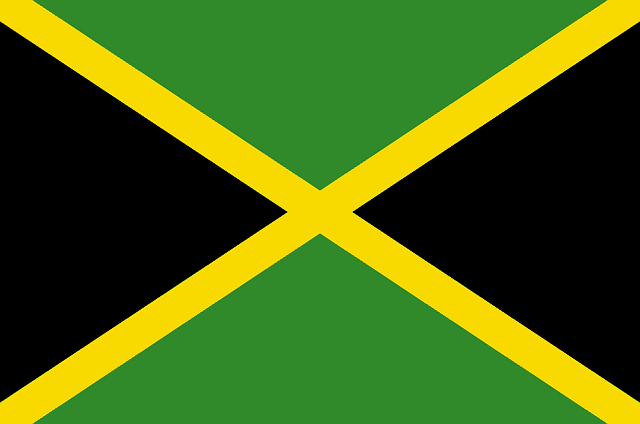 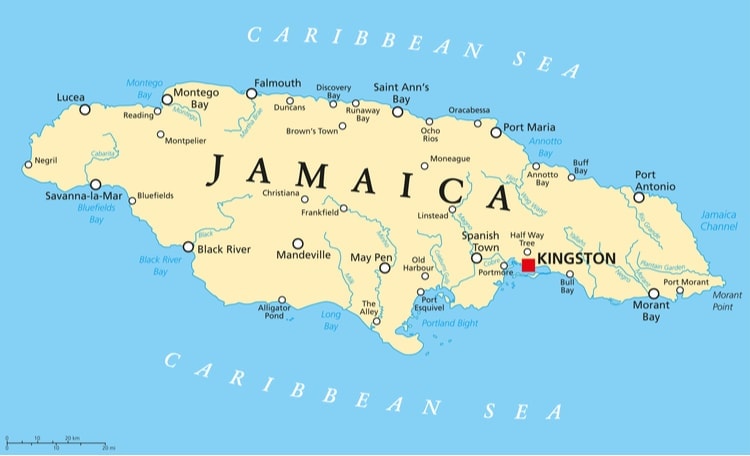 How many of these Jamaica Facts did you know beforehand? Share your result in the comment section below! 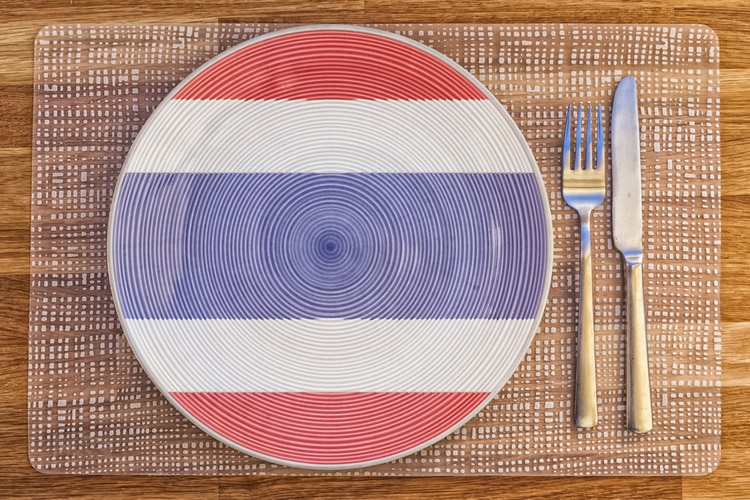 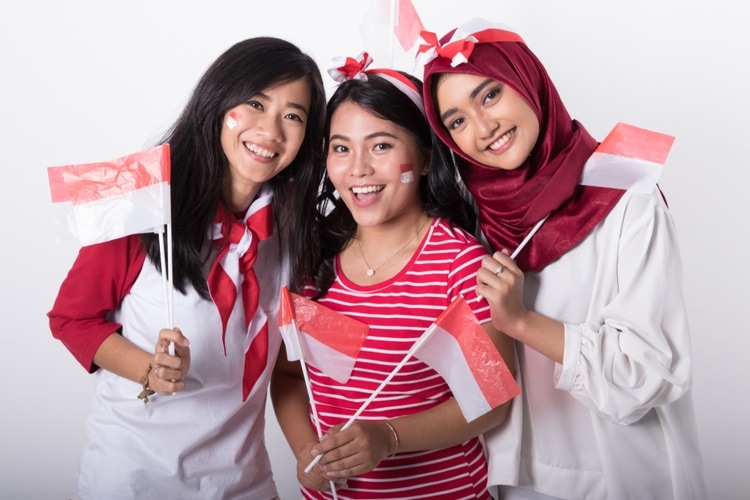