Posted on Last updated: 09/14/2019
Category: Categories Around the World 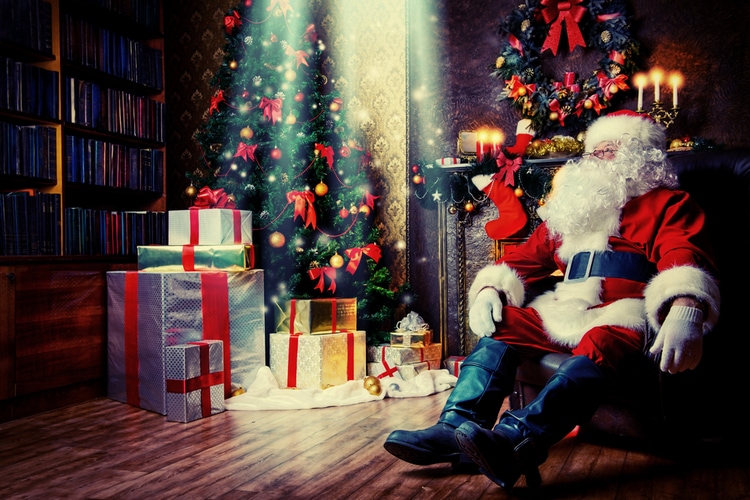 Want to know more about Christmas? It’s one of the most celebrated holidays in the world, and here are 25 Interesting facts about Christmas that you probably didn’t know before reading this!

Christmas is celebrated on various dates

The main reason for this is different beliefs of when Jesus Christ was born since there is no exact date mentioned in the Bible.

Santa Claus has different names around the world

Saint Nicholas, Kris Kringle, Pelznickel, De Kerstman, Père Noël or Papá Noel are just some of the many names of Santa Claus worldwide.

In Sweden, we say Jultomten, which basically means “the Christmas Gnome” if you translate it into English. 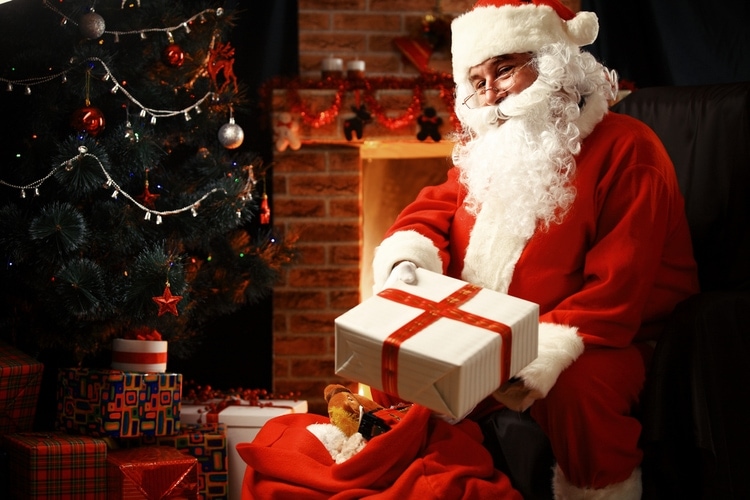 Christmas is the most commercialized holiday in the world, and the average American spends about $900 per person in Xmas gifts.

It’s not only Americans that open up their wallets for the holiday, but worldwide it’s the holiday where the most money is spent every year.

The numbers vary from country to country, but generally, the higher GDP a country has, the more spending on Christmas gifts. The average person in the UK spends around £800 per person for Xmas gifts.

Although it might not come as a surprise that people spend a lot of money on presents, it’s definitely one of the mind-blowing facts about Christmas! 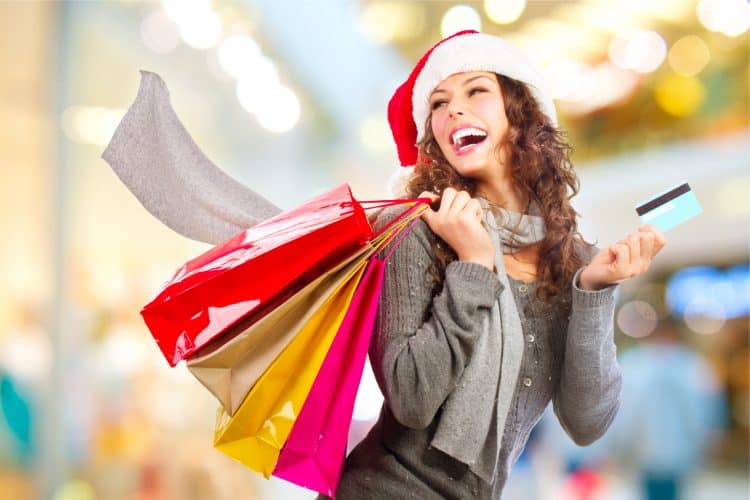 The Christmas tree was invented in Germany

Today, the tradition of having a Christmas tree and decorate it has spread worldwide, and it has become an important element of the celebration.

This tradition comes from Germany originally and the Germans used fir trees in the beginning, although spruce is more common these days.

Decorating the tree is one of the highlights for many, and every city usually has a tall Christmas tree that they decorate elegantly in the central part. 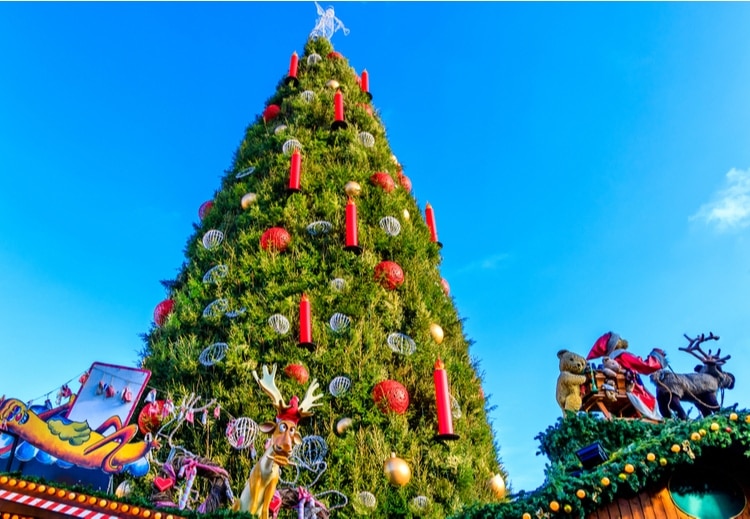 The Christmas wreath was originally a symbol of Jesus

The wreath represents the thorns worn by Christ on the cross, and the red berries are a symbol of Christ’s blood.

Today, not everyone knows about the symbolism behind the Christmas wreath and they simply hang it on their doors to follow tradition or because they think it’s nice.

But there are also many Christians hanging a wreath on their doors as an invitation for Christ to enter their home.

This is one of the fun facts about Christmas celebrations that you probably didn’t know. In Japan, a very successful commercial in 1974 introduced Japanese people to have a Christmas dinner at KFC.

It was so successful that it has become a tradition even though Japanese people aren’t Christian in general. In fact, eating X-mas dinner at KFC in Japan is so popular that you need to book a table at least 2 months in advance. 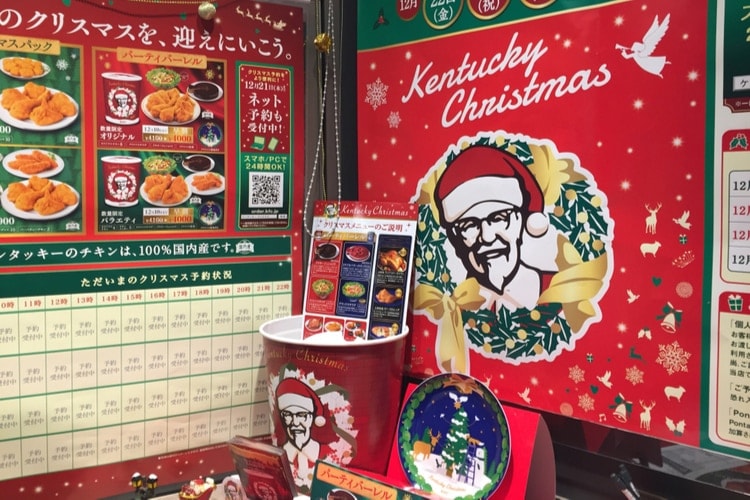 The holiday around Christmas wouldn’t be quite the same without all the songs. There are many classics that are played year in and out around Christmas, and of these songs, Bing Crosby’s White Christmas is the number one selling hit!

Some other classic Xmas songs are “Last Christmas” by Wham, “Silent Night” by the Temptations, “All I want for Christmas is you” by Mariah Carey, “Feliz Navidad” by José Feliciano, “It’s the most wonderful time of the year” by Andy Williams, and “Rockin’ around the Christmas tree” by Brenda Lee just to mention a few.

The word Christmas comes from the Old English Cristes Maesse

The old English term Cristes Maesse means Christ’s Mass, which by definition means “death of Christ”. It can also be shortened to Xmas, which comes from the Greek language. 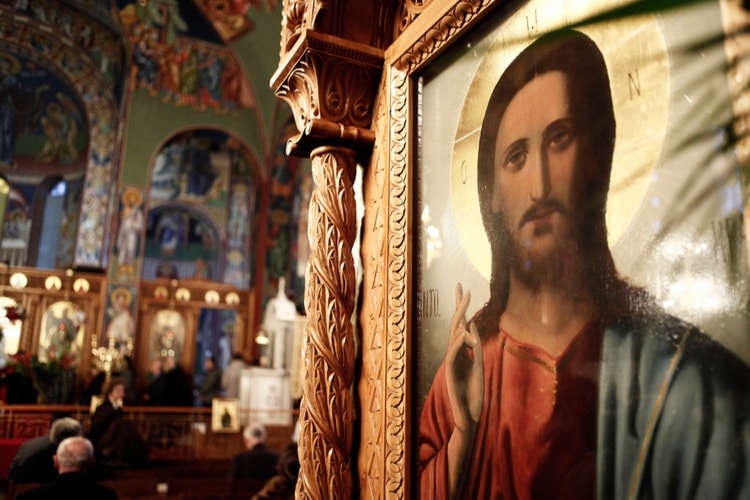 Home Alone is one of the most-watched movies on Xmas

The Grinch is the highest-grossing Christmas movie of all times, but Home Alone is another classic, which people from various countries are watching every year as a tradition.

Christmas is the most celebrated holiday in the world

More than 2 billion people in over 160 countries are celebrating Christmas in one way or another, and more people are joining in on the celebrations each year.

Today, there are many non-Christians celebrating Xmas who likes the idea of spending time together as a family, decorate their homes as well as giving presents. 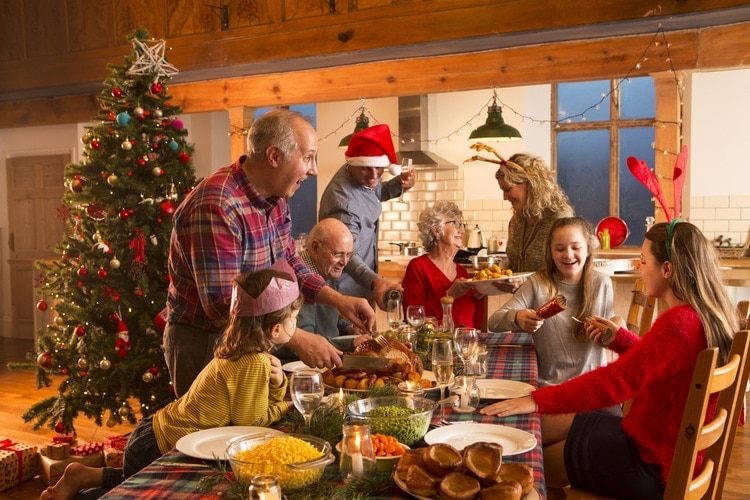 The origin of Christmas

The first recorded date of Christmas being celebrated on December 25th was in 336 in the Roman Empire, under Emperor Constantine.

However, it is likely that it was celebrated before this, although in the first centuries after Jesus death, it was argued that saints birthdays shouldn’t be celebrated, and this included the celebration of Jesus’ birthday.

25 December also coincided with the pagan festival called Saturnia, and that might be one of the reasons why the church decided upon this date. In the Bible, there is no account of Jesus being born on the 25th of December.

And there is also no mention of how many wise men that came to visit, even though it’s popularly said that three wise men came with presents. 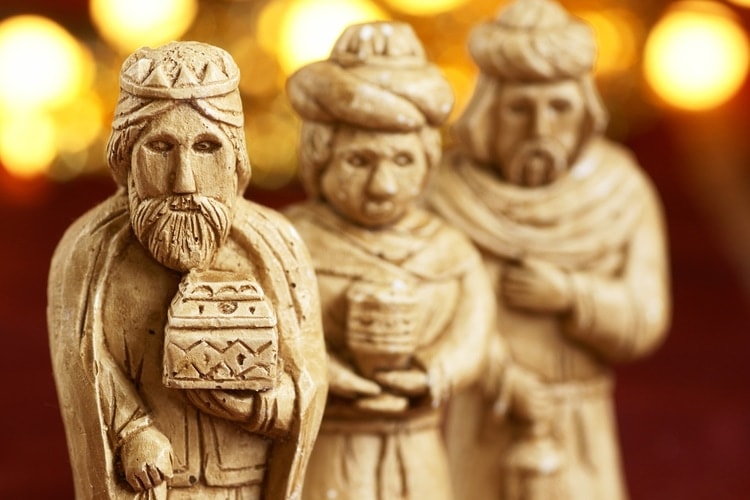 In addition to being called Christmas, the holiday also has other names including “midwinter”, “nativity”, “Yule” and “Noel”. The date of 25 December was set in the 4th century by the church.

However, many countries have chosen to celebrate Christmas on other dates, for example in large parts of Europe, the main celebration occurs on Christmas Eve, and continues for several days.

There are also some countries who celebrate X-Mas on January 6 and 7, mainly in countries following the Orthodox Christianity.

Glühwein is a popular Xmas beverage

If you’re visiting some Christmas markets in Germany or Europe, you can try some delicious Glühwein, which is also known as mulled wine. This is a hot beverage that can be made with or without alcohol, but in my opinion, it has a nicer flavor with alcohol. 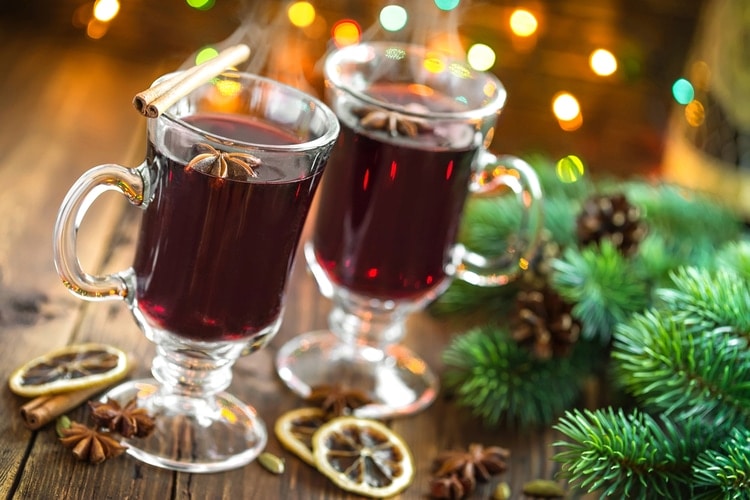 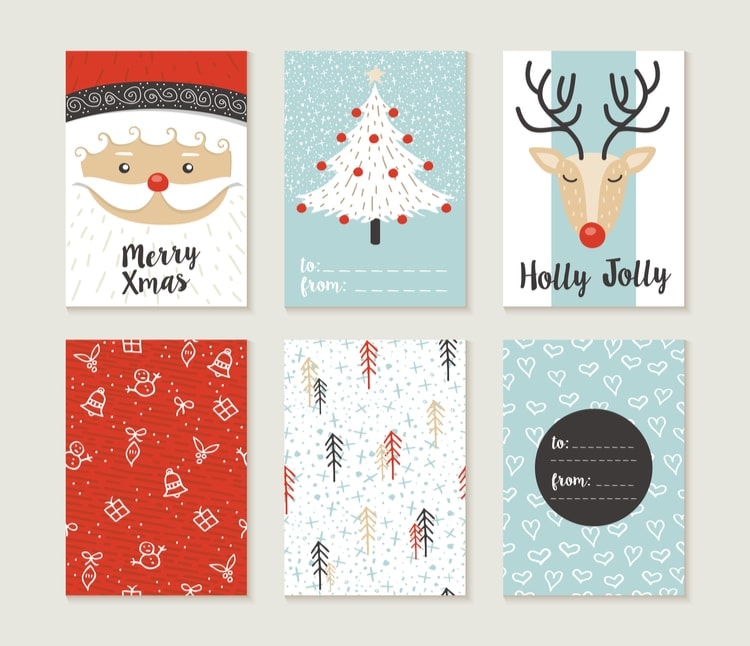 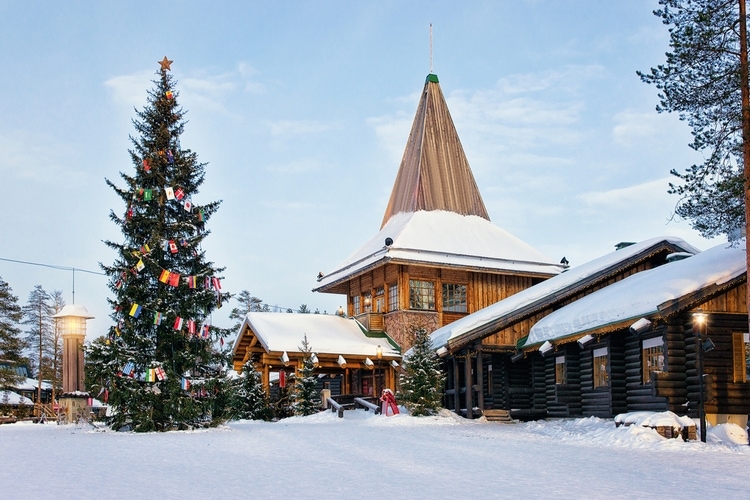 Christmas, also known as Xmas or X-mas is one of the most celebrated holidays in the world. The birth of Jesus Christ is the main purpose of celebrating, although more and more families are turning it into a family holiday, rather than religious.

The gift-giving is a result of the three wise men coming with presents to baby Jesus, but some older pagan traditions also included gift-giving. Today, Xmas is heavily commercialized and people spend several hundred dollars on average on presents every year.

What are some fun facts about Christmas in England?

How many turkeys are eaten at Christmas in the world? 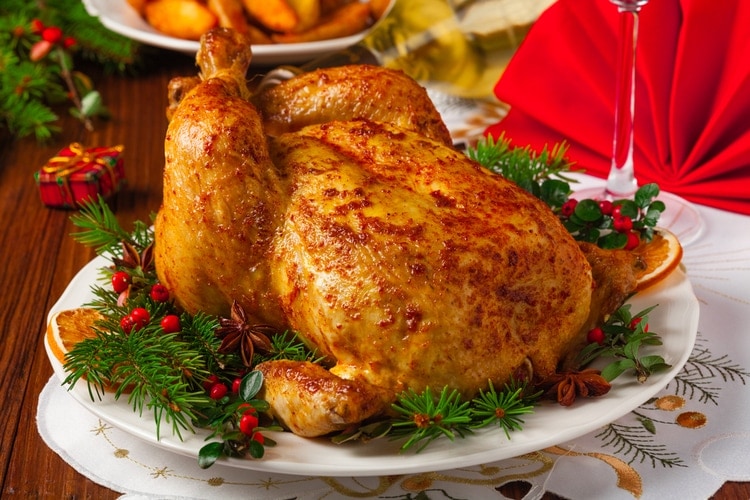 Christmas Eve is not a public holiday in America, but it’s popular to get together and have a family dinner that day as well, or at least spend time with your family. However, the big day is all about Christmas Day on the 25th of December in the USA.

What are 3 facts about Christmas?

How many of these Christmas facts did you already know? Leave a comment below! 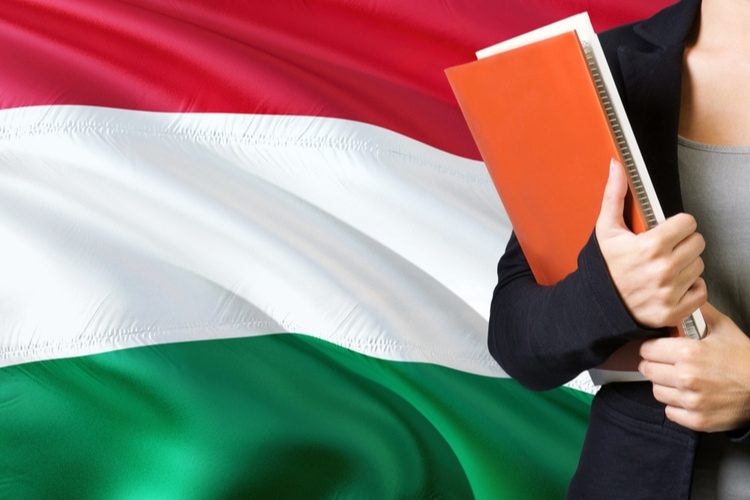 25 Hungarian Words that every foreigner should learn
← Read Last Post 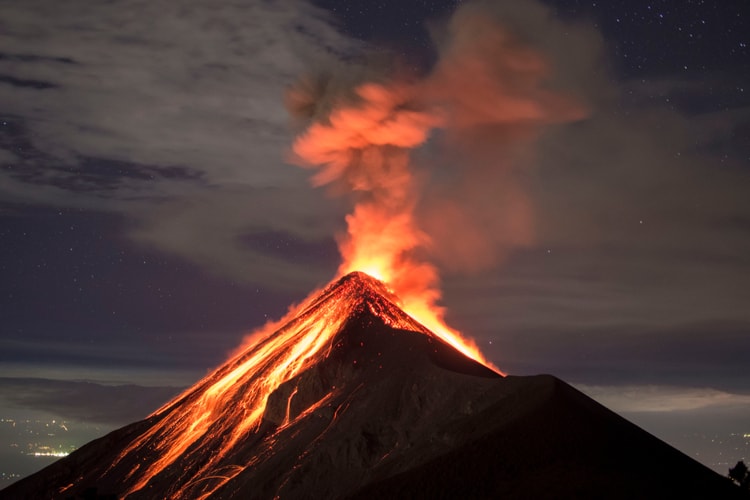