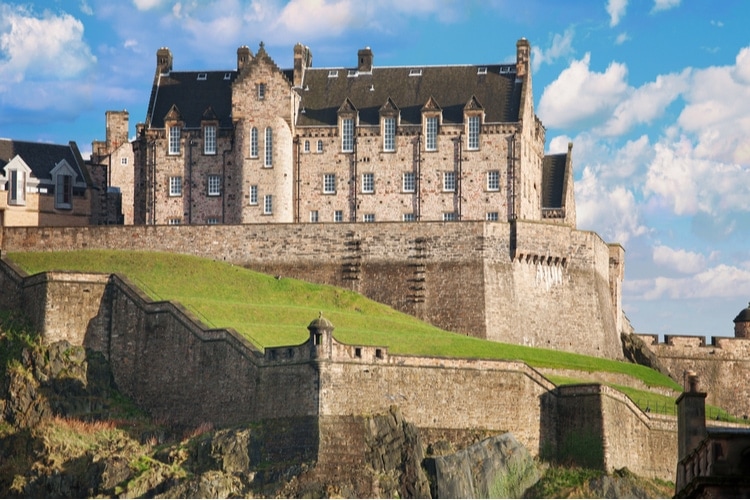 Edinburgh Castle is a historic fortress which dominates the skyline of the city from its enviable position atop Castle Rock. There has been a royal castle here since the 12th century, although there is evidence of human occupation around the rock dating back to the Iron Age.

It has played an important role throughout history and various sieges have taken place at Edinburgh Castles. Today, it is open to the public with more than 2 million visitors per year.

The castle is one of the most popular places to visit in Scotland, and here’s a complete guide with information about opening hours, tickets, history, and facts about Edinburgh Castle. 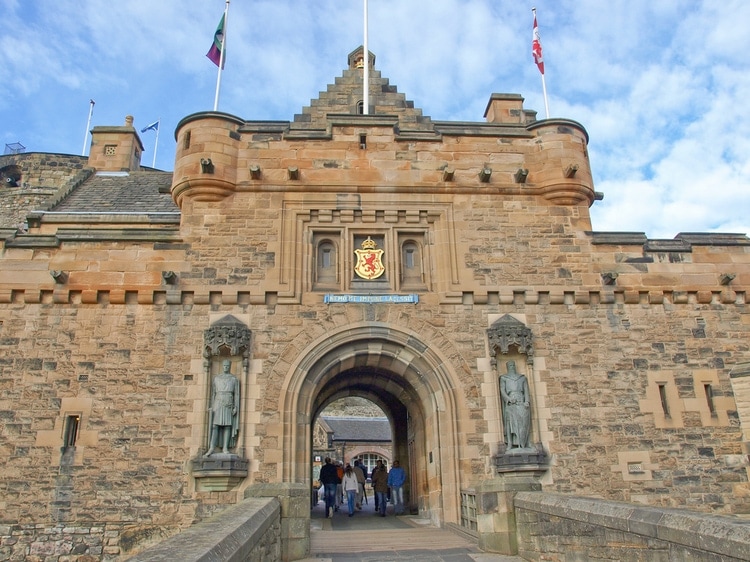 Daytime Admission Tickets include entrance to all attractions inside Edinburgh Castle. When purchasing your ticket online, choose an entry slot for your intended arrival and make sure you arrive at this allocated time. Once inside, there’s no time limit on your visit.

Edinburgh Castle is open daily from 9:30 am to 5 pm and the last entry is 4 pm, though this varies depending on the season.

As one of the oldest fortified palaces in Europe, Edinburgh Castle is quite a sight to behold. The castle has a rich history as a royal residence, prison, military garrison, and fortress, and has been the home of Kings and Queens for centuries.

The castle’s position makes it an obvious choice for the military, which still uses parts of the castle to this day, and while it’s guarded many things, the castle has also suffered its fair share of sieges. During the War of Independence, the castle changed hands multiple times and in 1314 the Scots took the castle back from the English in a night raid! 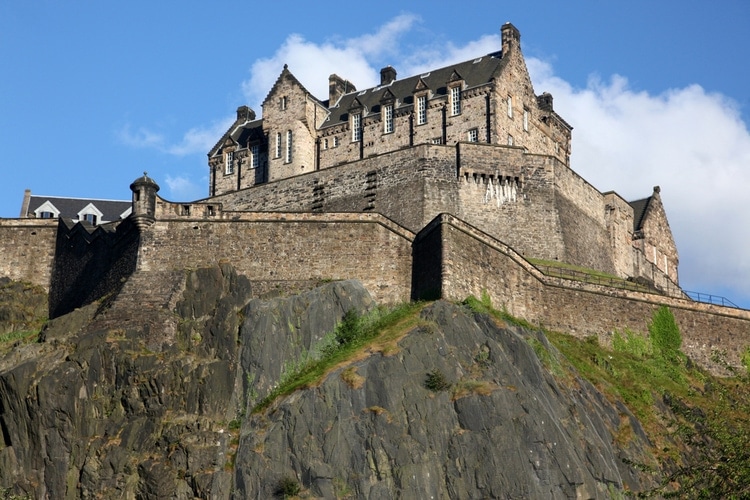 Today visitors can climb to the top of Castle Hill and walk in the footsteps of some of history’s best and worst leaders! Inside you’ll find a Royal Palace, the Scottish National War Memorial, and Mons Meg; a medieval bombard.

The castle also has an immersive exhibition, ‘Fight for the Castle’, that tells the dramatic tales of Edinburgh Castle during the War of Independence – you’ll find it in the Argyle Tower.

Completed in 1511 for King James IV, the Great Hall is a wonder of medieval Scotland.

The former residence of Kings and Queens of Scotland is home to the Honours of Scotland, the oldest Crown jewels in Britain.

The Stone of Destiny

An ancient symbol of Scotland’s monarchy, the Stone of Destiny has been used for the inauguration of kings for centuries.

This private chapel was used by the royal family to kneel to worship and is one of the oldest buildings in Scotland.

How to get to Edinburgh Castle

Edinburgh Castle is found in the heart of Edinburgh and can be spotted from most parts of the city as it dominates the skyline.

Waverley Station is Edinburgh’s main train station and from here it’s just a short walk to the castle. Follow the signs from the station exits and follow the road uphill.

If you’re coming from the airport, catch the Airlink 100 into the city center and alight at Waverly Bridge. Follow signs to the castle and make the short walk uphill. There’s also plenty of local buses that have a route close to the castle and most hop-on-hop-off buses stop at the castle.

Take a tram to Princes Street, Edinburgh’s main shopping street, and walk from here. If you’re coming from the airport, the tram ride will take around 30-minutes.

There’s no public parking at Edinburgh Castle but there are plenty of car parks dotted around the city. The NCP Castle Terrace Car Park offers discount rates most months of the year for those visiting the castle.

There are no bike racks at the castle. Nearby bike racks can be found at Victoria Street, Waverly Station, and Chambers Street.

As the castle enjoys a city center location, there’s an endless list of things to see and do in and around the vicinity. The below attractions are all just a short walk away:

The castle is particularly busy between 9 am and 11:30 am. Try visiting over lunchtime when most people will have left to find somewhere to eat. It’s also recommended that you book your tickets online as queues to purchase tickets can be lengthy in the mornings. 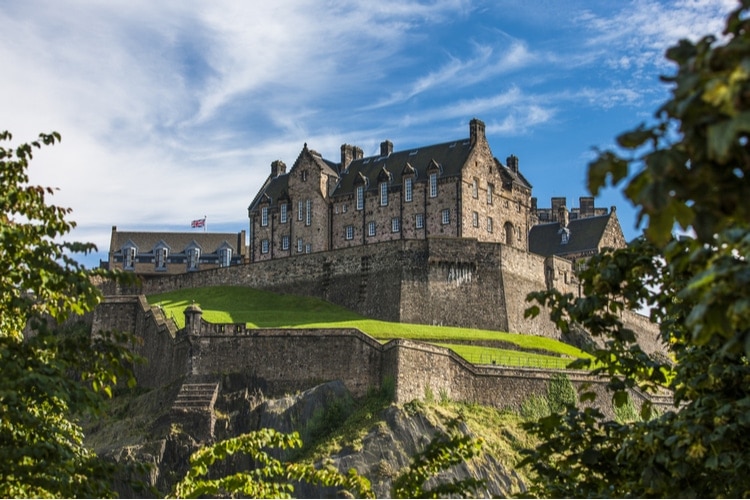 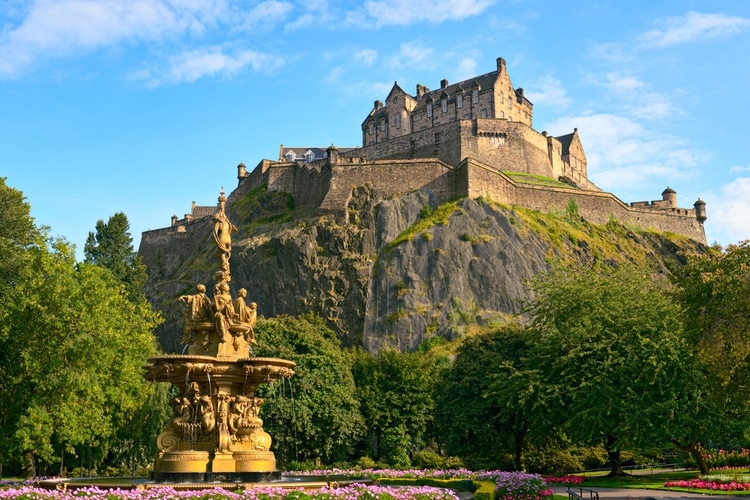 What is Edinburgh Castle famous for?

The castle has been Scotland’s chief royal castle since the Middle Ages and has survived various attacks. It’s the oldest building in Edinburgh that is still standing and now serves as a military station and home to the Scottish National War Memorial as well as the Crown Jewels and the Stone of Destiny.

Do I have to print my Edinburgh Castle ticket?

If you’ve booked your ticket online you will receive an email booking confirmation. If you’ve chosen to ‘Print Tickets at Home’ you must then open the attached PDF ticket, print it out, and bring it with you on the day.

If you’ve selected ‘Collect on Arrival’ you only need to bring your booking confirmation number with you.

How long does it take to get around the castle?

Most people spend around two hours exploring the castle.

Are backpacks allowed in the castle?

Suitcases and large rucksacks are not allowed in the castle for ease of movement and visitor safety.

Who lived in Edinburgh Castle?

Castle Rock had been a military base and royal residence for centuries. However, the edifice that is known as Edinburgh Castle was built during the 12th century by David I, son of Saint Margaret of Scotland.

Is it free to walk around the outside of the castle?

There’s a fee to enter the castle grounds, but you can get quite close without paying if you just want to enjoy views of the exterior. For a spectacular view of Edinburgh Castle and the city skyline, climb to the top of Calton Hill.

Do you have more questions before visiting Edinburgh Castle in Scotland? Leave a comment below! 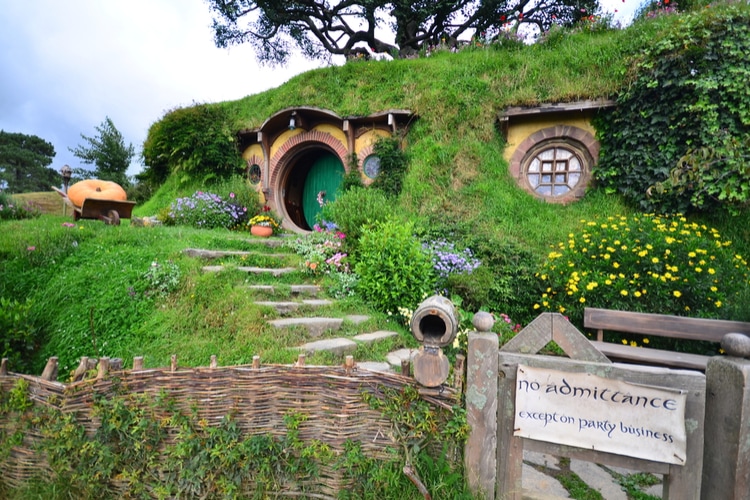 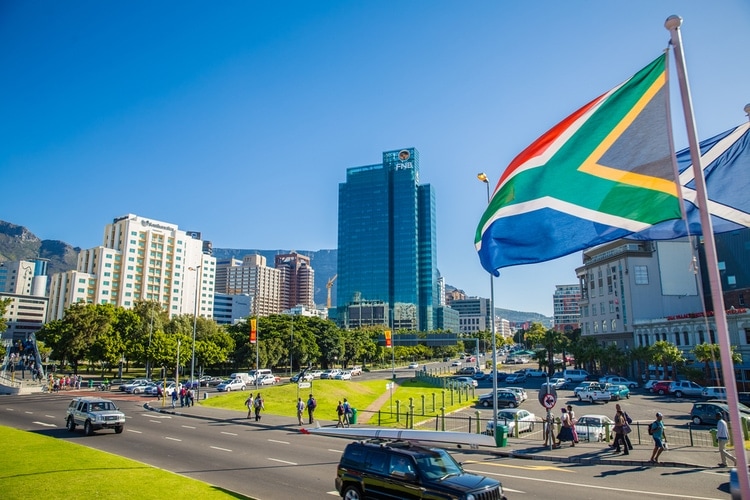