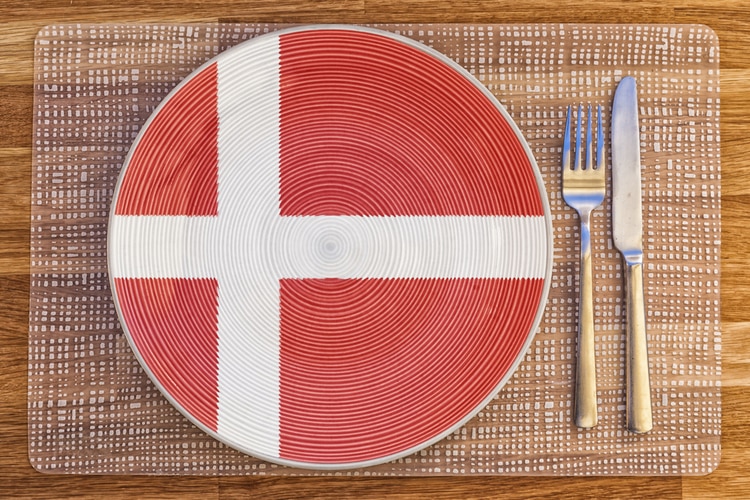 Want to know more about Danish food and cuisine? Here is a list of 12 traditional dishes to eat in Denmark.

As a Southern Swede who has been to Denmark many times, I’m well accustomed to the local Danish food, and some dishes are simply delicious.

One of the most traditional Danish foods, which consists of cured or salted pork belly which is fried with apples, sugar, and thyme. It can also be served on Rye bread and you should accompany it with snaps or beer.

Aebleflæsk is very popular in Funen. If you live in the United States, you can taste it in the Danish town of Solvang!

Often considered as the national dish of Denmark. It is basically crispy pork with parsley sauce and potatoes. A simple, yet delicious dish that many Danes love!

Another classic dish in Denmark, “Krebinetter” also known as Karbonader is a type of pork patties, which has gotten its name from crépine in French.

They are usually made of pork and served with green peas and boiled potatoes. 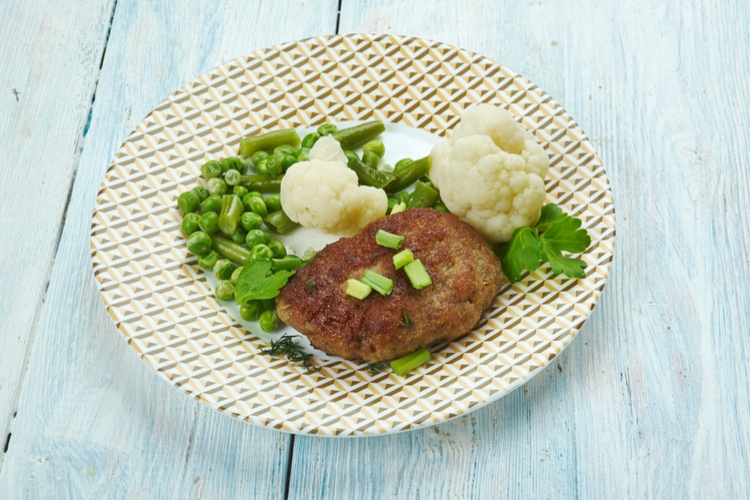 Basically, a kind of soup made with chicken and vegetables

A special type of meatball, usually made from pork or a mix of beef and pork. It can also be made from fish, and Frikadeller is commonly served with parsley sauce and potatoes.

However, the fish Frikadeller is popular to eat cold with remoulade, which is a Danish type of sauce/dressing. 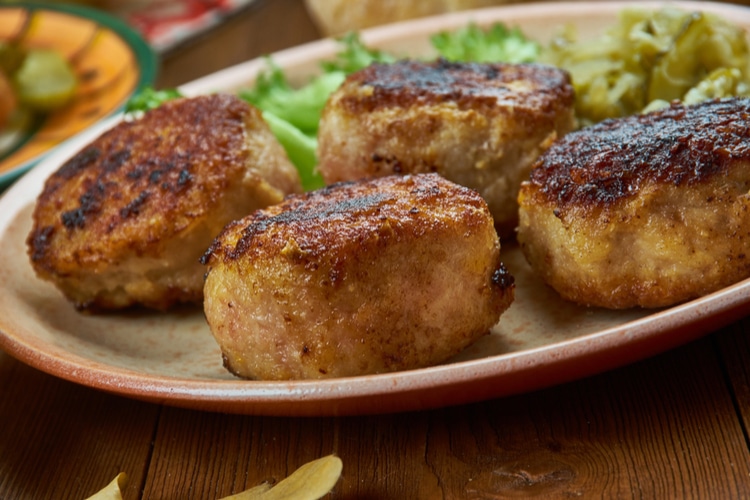 Rye bread is popular in many Nordic countries as well as the Baltics. It’s a traditional bread in Denmark that you should try if you haven’t eaten it before. 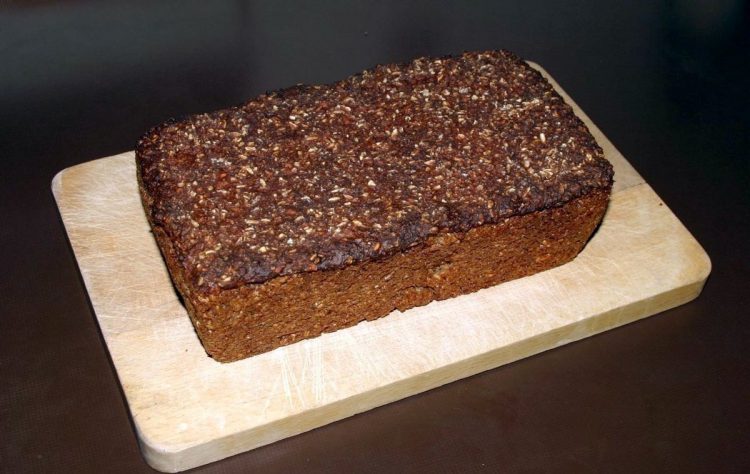 Of all Danish food, this might just be my favorite. The red sausage is something that we eat in Southern Sweden too, and I’ve had this dish since I was a kid, and whenever I visit Denmark, I always eat a Rød Pølse, which basically means red sausage in the Danish language.

It is usually served with a bread aside together with mustard, ketchup, and fried onion. This is not a hot dog btw, and you don’t put the sausage inside the bread when eating it.

You should instead dip everything in the mustard and ketchup, and fried onion if you have that as well. But of course, there are also hot dog stands that will serve you a hot dog in bread with classic toppings. 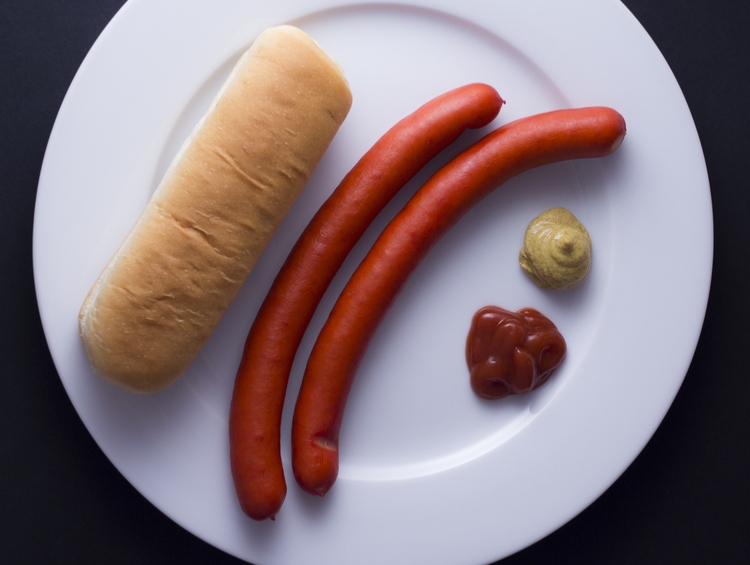 Another sausage that is a traditional Danish food is Medisterpølse, which is usually served with mashed potatoes, parsley, and pickles. 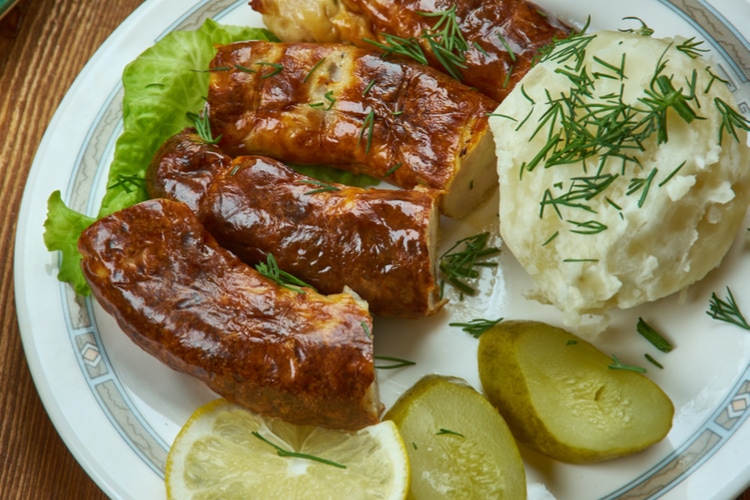 This is basically an open-face sandwich that has been reinvented and become one of the most popular dishes in Denmark. It used to be a dish for the poor people where they made sandwiches of the leftovers.

However, today, you can be served luxurious “Smørrebrød” with all kinds of toppings. No matter where you go to in Denmark, you will find many places and restaurants selling Smørrebrød. 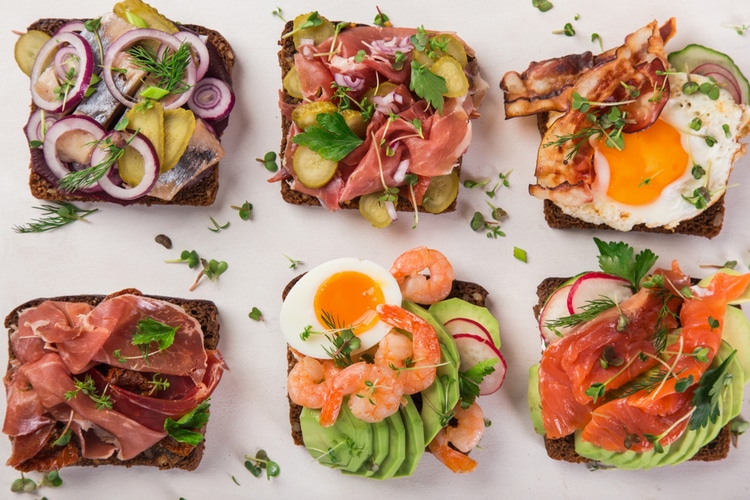 This is the Danish version of roasted pork, and it’s common to have it on Christmas Eve, the 24 December. However, you can find it at Danish restaurants year round and the traditional recipe of Flæskesteg includes preparation of roasting a joint of pork.

A popular recipe of this traditional Danish food is the one that Frk. Jensen described in her cookbook from 1901. 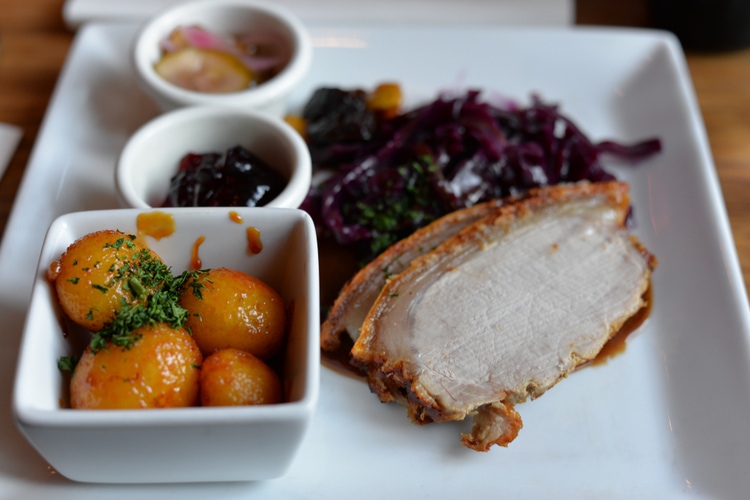 Another typical Danish dish usually served with Bløde løg, which is a special way to cook onions. 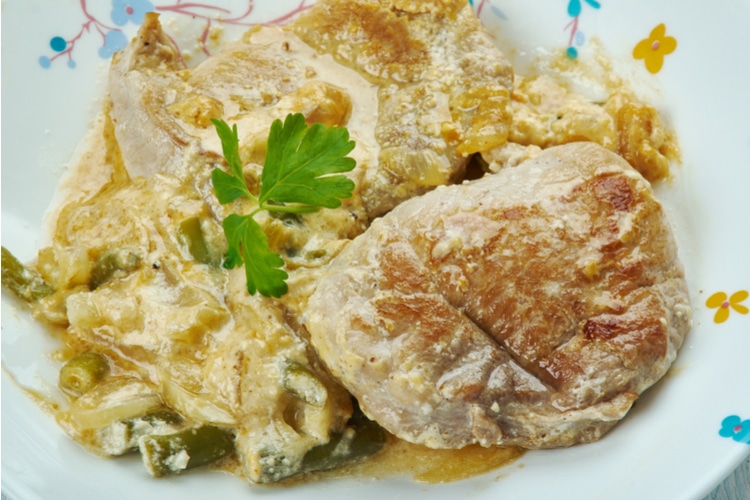 The literal meaning of this if you translate it from Danish to English would be Burning Love, and it is commonly served for Valentine’s day.

The dish consists of bacon and mashed potatoes. 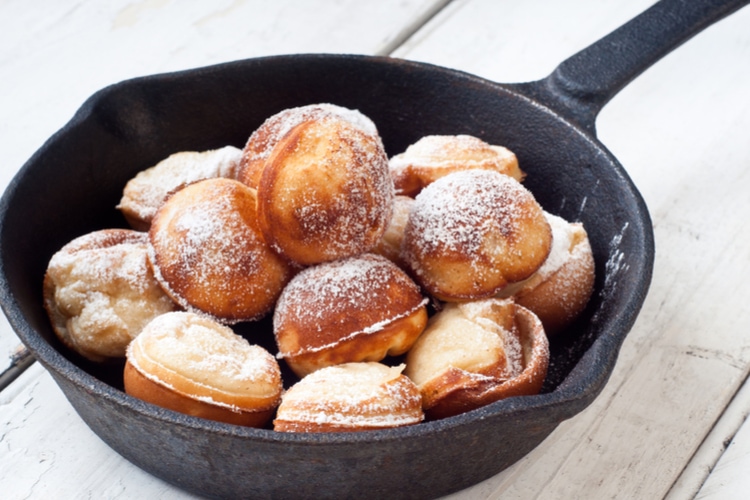 What do Danes eat for Breakfast?

Not every Dane eat the same things for breakfast, but if we speak in general terms, a lot of Danes eat some kind of cereal or bread with toppings. It can be either rye bread or white bread.

Breakfast is considered the most important meal of the day in order to get fuel for a full day at work. Most Danes eat their breakfast at home, even though there are popping up some cafes that are open earlier in the morning as well.

Coffee is also an important part of the Danish breakfast, and Danes has one of the highest consumptions of coffee per capita in the world. 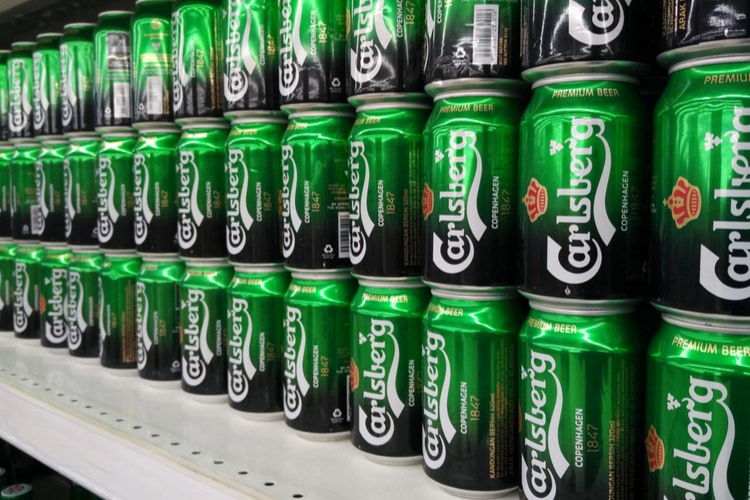 What do Danes eat on Christmas? Well, of course just like many other Christmas celebrating countries, each family has their own traditions, but here are some general foods that can be found on the Danish Christmas table. 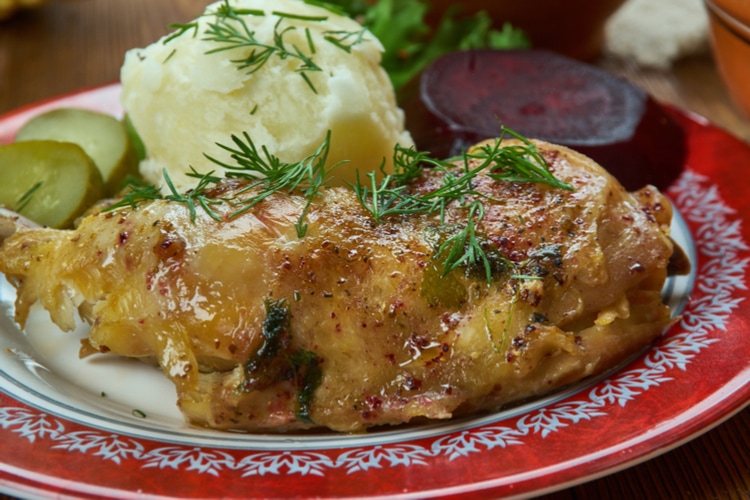 Denmark has a long tradition of farming and many traditional dishes are simple in their origins, such as some kind of meat served with potatoes and sauce.

Pork is without a doubt the most common type of meat in Danish cuisine. Sausage has been popular for a long time, and it was both economical and could be kept for a long period without going bad.

The Danish kitchen shares a lot of similarities with Norwegian cuisine and Swedish cuisine. Even Icelandic cuisine, since they all share common ancestors and cultural traditions, dating back to the Vikings. Moreover, as Denmark borders Germany in the south, some influences from German food has been introduced as well.

For the last 20 years or so, local chefs have tried developing a new type of Danish cuisine where they use only the best quality produce from local farms. Nowadays, you can find several restaurants that have been awarded Michelin stars.

What is your favorite Danish food? Leave a comment below! 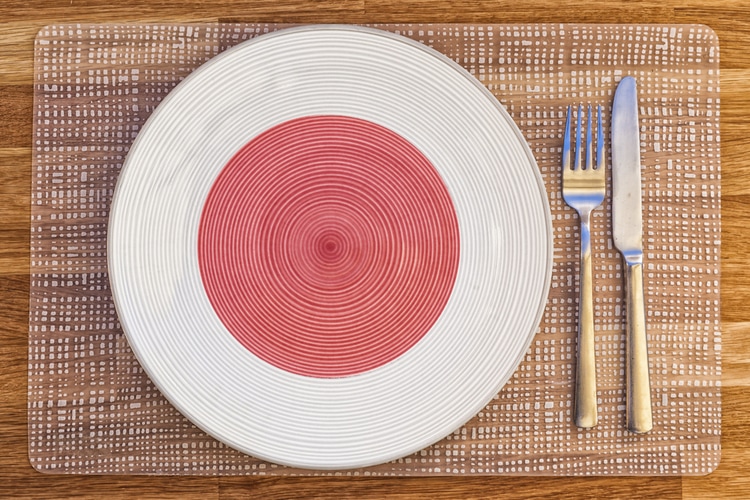 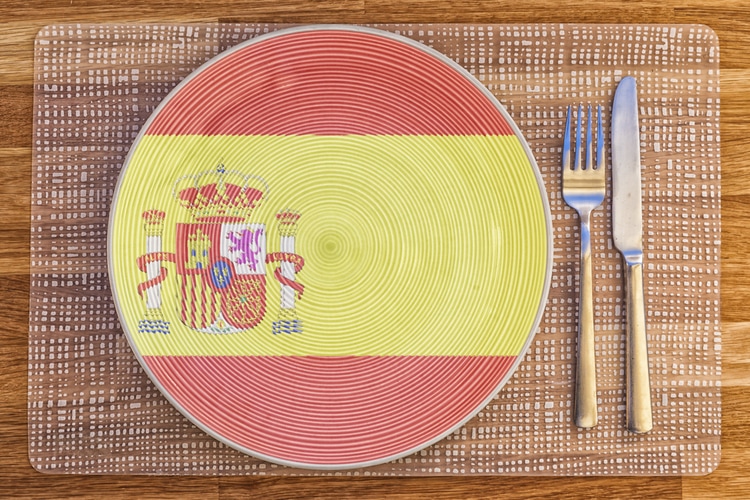 I've had half of the stuff on here and its so good,Denmark has great music to.

For Christmas dinner, we eat prawns marred crabs and lightly cooked fish. I liked your pictures of the Danish food but since I am Australian Danish and Swedish descent and come from the first Danish town in Australia there is nothing better than prawns on Christmas Day. When my great-grandfather come to Australia he settled in Hervey Bay. And he feasted on mud crabs and fish. Alex if you ever come to Australia and if you want to come to Hervey Bay email me.