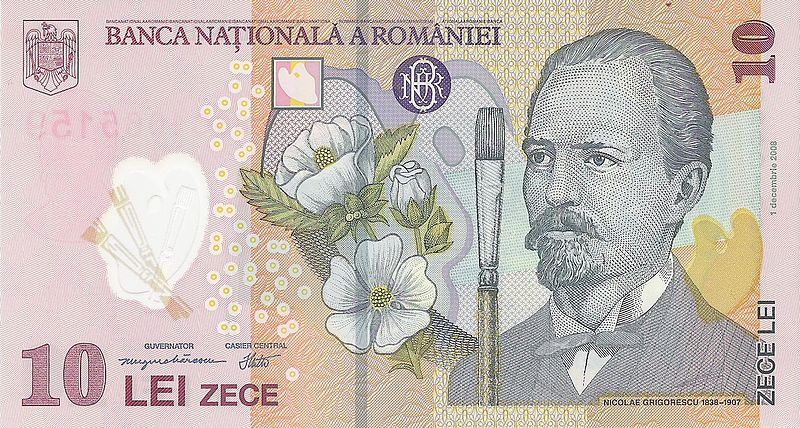 Want to know more about the currency in Romania? They use the Romanian Leu (RON), and here’s more info about ATMs, money and exchange rates before your trip.

I will also answer some of the most frequently asked questions about money and currency in Romania. 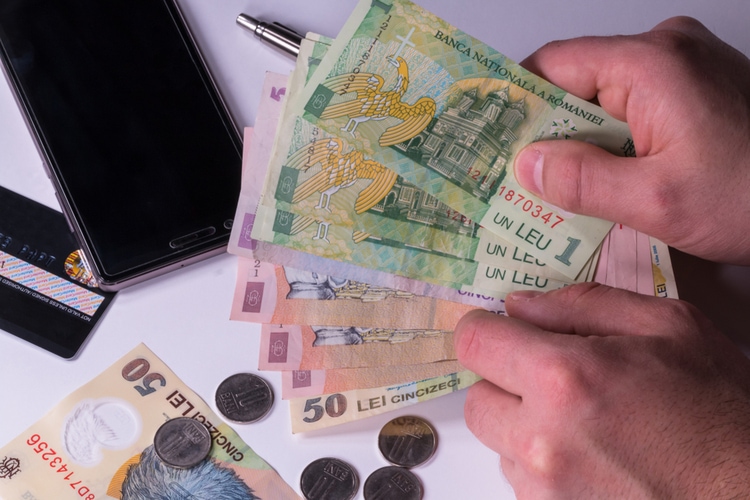 Can you pay by card in Romania?

Generally, it’s not recommended to exchange money before your trip because you’ll get a much better rate if you take out cash from a local ATM or pay by card. Especially if you use a travel card without atm fees and foreign transactions fees.

It’s best to exchange money in Romania in a bank. They charge a commission, but usually, give better rates, although it’s still much better to withdraw money from a local ATM or pay by card.

There is also the possibility of buying Romanian currency from a privately owned exchange bureau (casa de schimb), but be wary of the exchange rates, and the rate will often not be very good, so it’s not recommended to use these either unless it’s an emergency.

Mastercard and VISA cards are accepted by most larger hotels and restaurants as well as international shops, but cash is still king here and visitors are advised to take out cash from a local ATM. Smaller purchases, bills at local restaurants, public transportation and taxis are often paid for in cash.

The name of the Romanian currency is Leu, and it’s available in both coins and banknotes. 100 Leu is worth approximately 21 Euro. If you want to save money in Romania it’s best to use a travel card with 0% in foreign transaction and currency exchange fees. 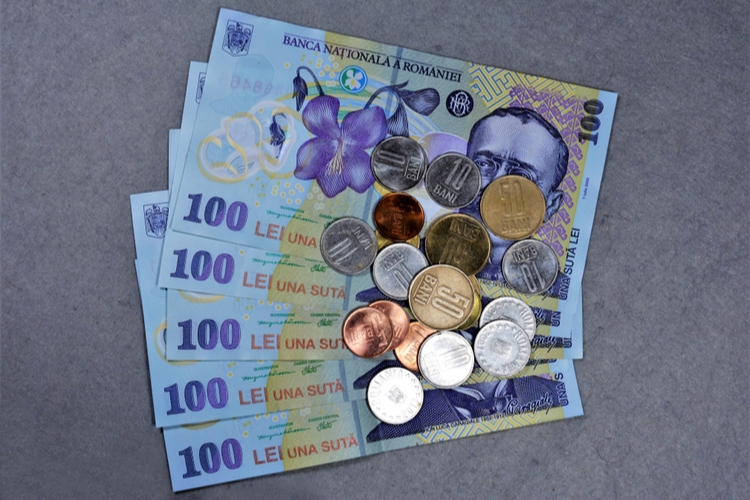 Can you use Euros in Romania?

Yes, some restaurants, hotels, and shops in tourist areas will accept Euros. But it’s much better to pay in the local currency – Romanian Leu.

Can you pay with US dollars in Romania?

No, US dollars are not accepted as payment in Romania. But you can exchange it in a local exchange bureau, although you’ll likely lose money due to the poor exchange rate.

All major international debit- and credit cards are accepted by the Romanian ATMs. It’s pretty straightforward to use them, and when inserting a foreign card, the display will be shown in English or your local language.

ATMs in Romania are available 24/7 and it’s recommended to use ATMs that are connected to local bank branches. NEVER use Euronet ATMs as they charge a fee as well as offer poor exchange rate. Also, remember to choose to be charged in the local currency without conversion. 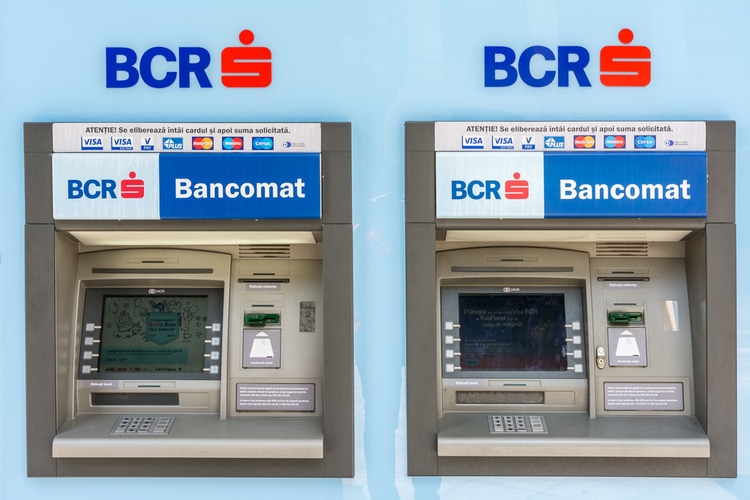 The name of the Romanian currency comes from the Romanian word for lion, and it’s given out by Monetăria Statului, on behalf of Romania’s central bank – Banca Națională a României, which has its headquarters in Bucharest.

The currency is free-flowing and isn’t pegged to any other currency. Romania is a member of the European Union but hasn’t yet joined the Eurozone. It might replace the Leu with the Euro within the next couple of years, but there is not a set date for this.

The Romanian Leu is still the official currency of Romania since 2005 when e currency reform was performed. The previous currency was also named Leu, but had a different currency code (ROL). At the replacement 1 new leu was worth 10,000 of the old leu.

Banca Comercială Română is the largest Romanian bank, and some of the other major banks are BRD, Raiffeisen Bank, Unicredit and Alpha Bank.

The Romanian currency and denominations: 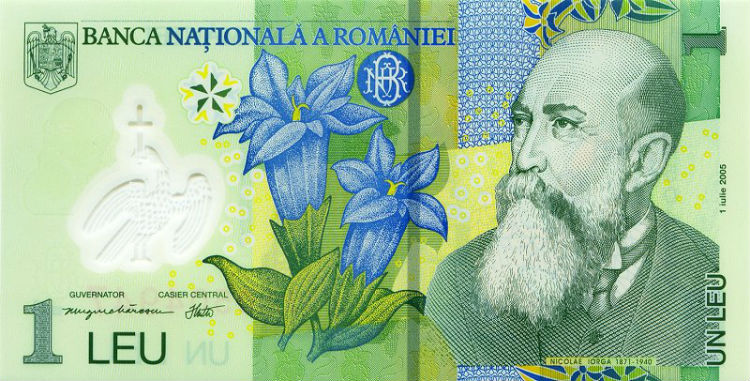 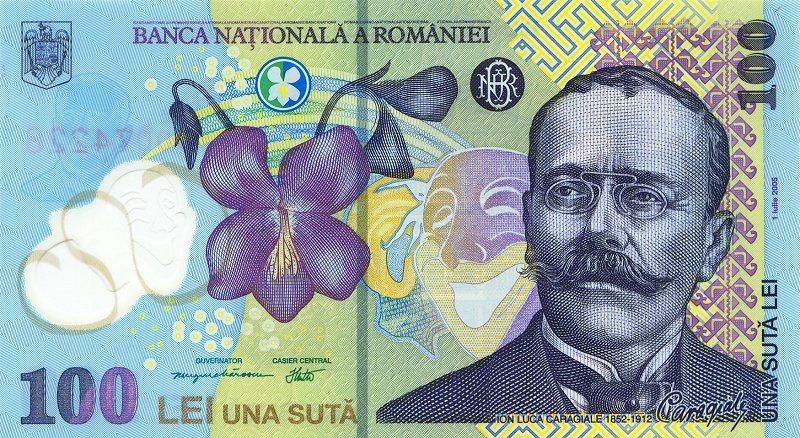 Can you pay with Mastercard in Romania?

Yes, Mastercard is accepted in establishments where you can pay by card.

Can you pay with VISA card in Romania?

Yes, VISA is accepted in establishments where you can pay by card.

Where can I exchange Romanian currency?

Romanian Leu can only be bought in Romania, and it’s currently not possible to exchange Romanian currency abroad.

Yes and no. Larger shops, restaurants, and hotels in major cities are likely to accept all major credit cards, but there are still many places that don’t accept card payments, especially in smaller towns.

What currency is used in Bucharest?

The currency used in Bucharest is Romanian Leu (RON).

What is the best place to exchange money in Bucharest?

The best place to exchange money in Bucharest is at a local bank. There are also money changers in several places in Bucharest, but be wary of fees and what exchange rate you’re offered.

Can I use my debit card in Romania?

Yes, debit cards can be used in Romania as long as your own bank or card issuer doesn’t have any restrictions for usage abroad.

Do you have more questions about the currency in Romania? Leave a comment below! 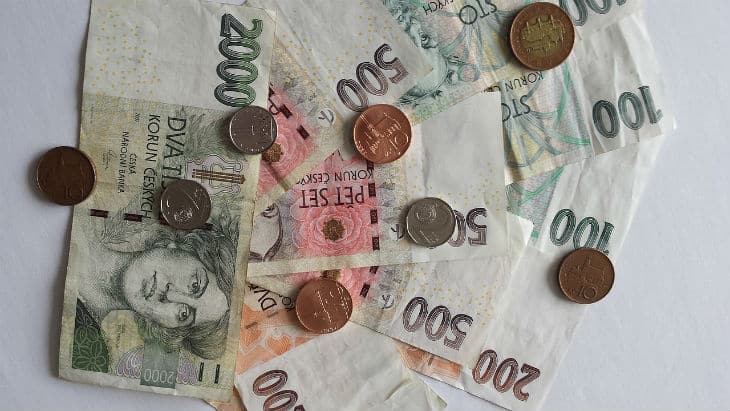 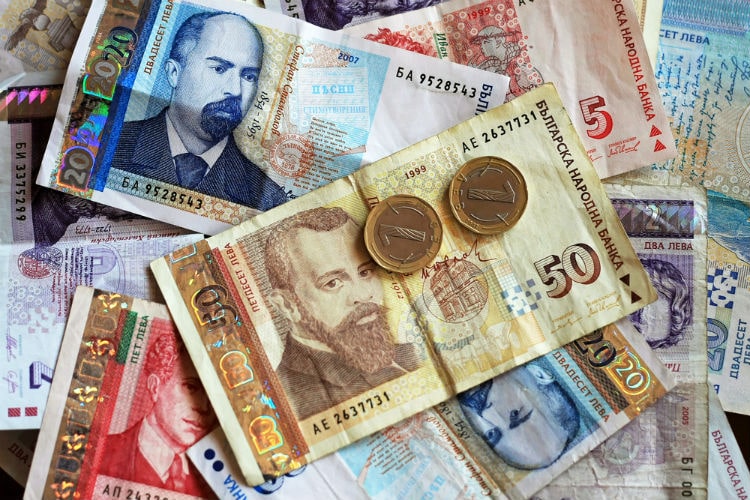