Currency in Hungary – Info about the Forint, ATMs and exchange rates 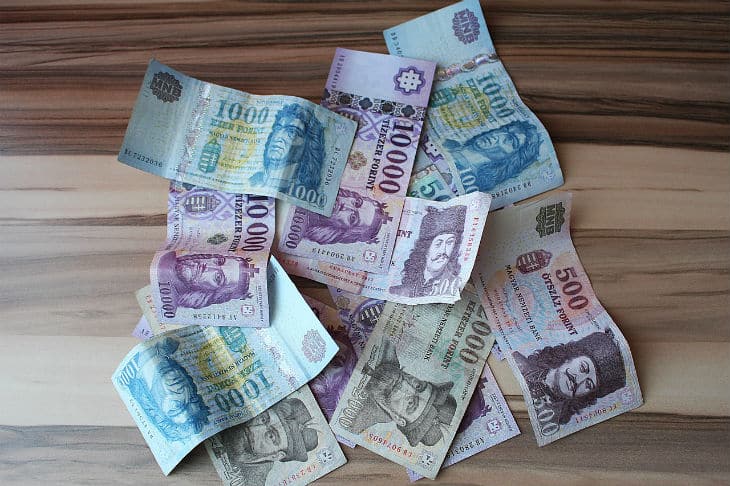 Want to know more about the currency in Hungary? They use Hungarian Forint (HUF), and here’s more info about ATMs, money and exchange rates before your trip.

I will also answer some of the most frequently asked questions about money and currency in Hungary.

Can I use Euros in Hungary?

Euro is widely accepted in Hungary, especially in Budapest. However, the rate is terrible and sometimes you will pay almost the double price when paying with Euros in Hungary, so it’s best to avoid if it’s not an emergency. It’s much better to pay in the local currency – Hungarian Forint.

Can I pay by card in Hungary?

More and more establishments accept payments by card in Hungary these days, but you will still need cash in many places outside of Budapest. As a tourist, it’s best to pay by card as often as you can, but you’ll also need some cash.

Hungarian forints are available to buy in many European countries, but it is better to exchange money in Hungary. Still, I wouldn’t recommend exchanging any money at all in an exchange office because the rate given will likely be poor and making you lose money.

It’s much better to take out cash from a local ATM with a travel card without fees.

If you really want to exchange money for your trip instead of taking out cash from ATMs, it’s much better to exchange currency in Hungary than in your home country. Omika Currency Exchange offers one of the best rates in Budapest.

With that said, I still recommend to use a travel card without fees and pay with the card as much as possible and taking out cash from a local ATM. By doing so, you will save money which is better spent on fun stuff than unnecessary fees. 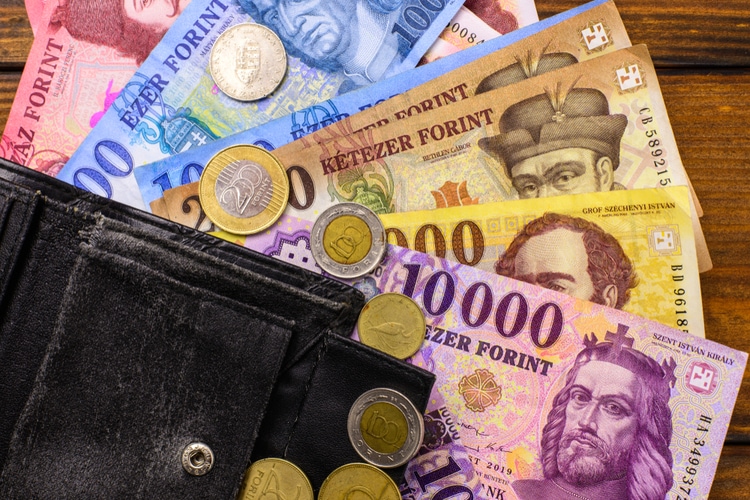 Using an ATM in Hungary is pretty straightforward, and as soon as you enter a foreign card, you’ll get instructions in English. Some of the most common Hungarian banks are OTP Bank, K&H Bank, Erste Bank, Budapest Bank, CIB Bank, Raiffeisen Bank, MKB Bank, and UniCredit.

Hungarian ATMs don’t have a local atm fee, but your own bank will likely charge a fee for transactions abroad, usually €5 per withdrawal + 1-2% in currency markup. This can easily be avoided by using a travel card without fees abroad.

Always remember to choose without conversion, and that you want to be charged in the local currency. And NEVER use Euronet ATMs. 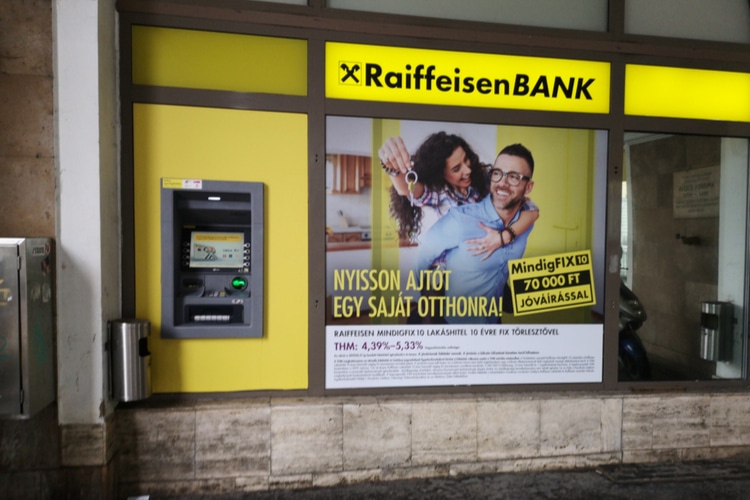 More about the currency of Hungary

The Forint was used for the first time in the 14th century but under the name Florentinus. The name comes from the Italian city Florence where they had gold coins called fiorino d’oro. They also used forint in Austria-Hungary between 1867 and 1892, which was called gulden or florin in German.

The modern Hungarian Forint was introduced in 1946, and in between the transition from Pengö to Forint, a temporary currency called Adopengö was used. The currency in Hungary is given out by the Hungarian central bank (Magyar Nemzeti Bank) which has its headquarters in Budapest.

The exchange rate has been more or less stable in recent years, and 300-340 forint has been equal to 1 Euro. Hungary is one of the cheapest places to go on vacation in Europe and it consistently ranks in the top of destinations where you get the most value for your money. 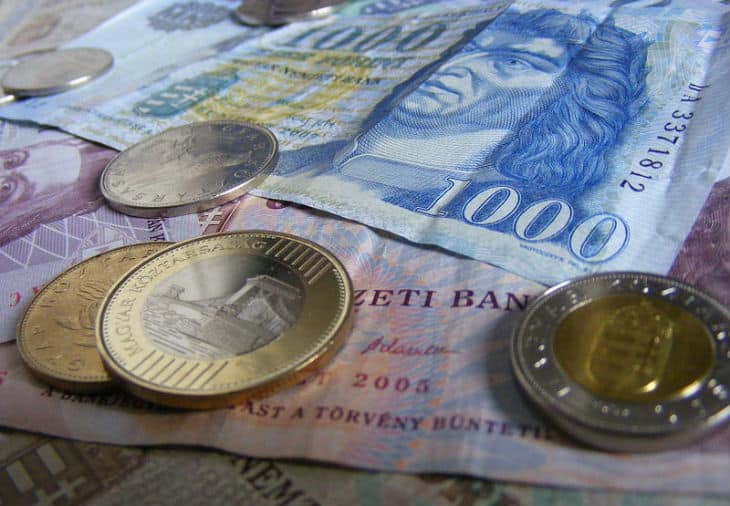 Why does Hungary not use the Euro?

Hungary joined the European Union in 2004 but hasn’t yet made the transition into the Euro. A large part of the population is negative to the introduction of the Euro as the currency in Hungary, and the government has been clear that it won’t happen in the near future.

Can you pay with Euros in Budapest?

Yes, Euro is widely accepted in Budapest, but the rate given is terrible, and sometimes you might pay almost double the price.

Are US dollars accepted in Hungary?

No, but you can exchange US dollars into Forint at an exchange office or in a bank.

Do I need cash in Budapest?

Yes, some smaller shops and market vendors might not accept cards. But otherwise, most places in Budapest will accept debit and credit cards.

What is the money in Hungary called?

The money in Hungary is called Forint.

What currencies are accepted in Hungary?

The only legal tender is the Hungarian Forint (HUF). But many establishments also accept Euros, although at a terrible rate.

Yes, and no. Credit cards are accepted in most major cities, especially in Budapest. Smaller shops, buses, and local restaurants might not accept credit cards.

Can you exchange hungarian currency abroad?

Many European countries have exchange offices where you can exchange Hungarian currency before your trip. But it’s much better to take out cash from a local ATM upon arrival.

What is a 50 forint coin worth?

Yes, all taxis in Budapest are equipped with card terminals that accept credit cards by VISA and Mastercard.

Do you have more questions about the currency in Hungary? Leave a comment below! 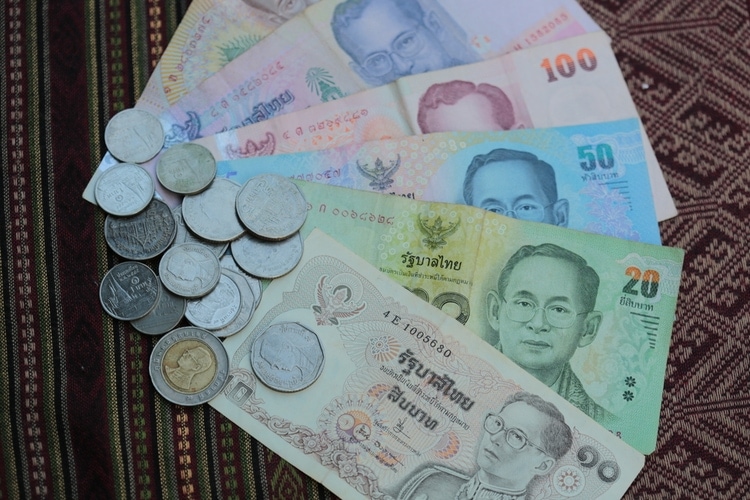 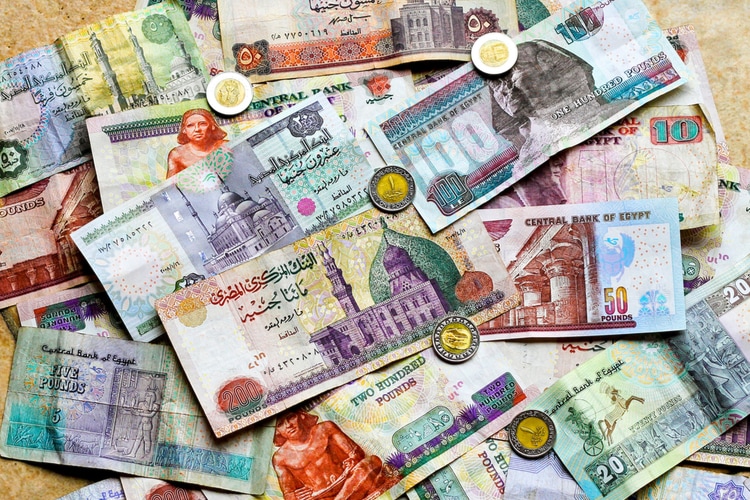 Hi! Great info. What is a travel card however? I never heard it before.