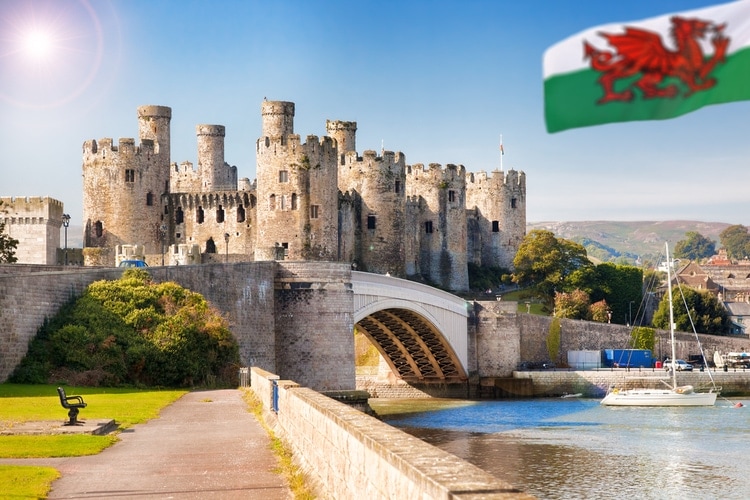 Want to visit a Welsh castle? There are many impressive castles in Wales that are open to visitors, and some of them even allow you to stay overnight and live the dream of a king and queen.

Actually, at one point in history, there were more than 600 castles in Wales. Today, about 200 of them are still standing.

Caernarfon Castle is one of the most beautiful waterfront castles in Wales, and it was originally built as a motte-and-bailey castle before King Edward I rebuilt into its current stone structure. A few years later, his son was born here, and he became the Prince of Wales.

The site is very strategic and was fortified already during Roman times, so it holds a lot of history. The castle is open to the public. 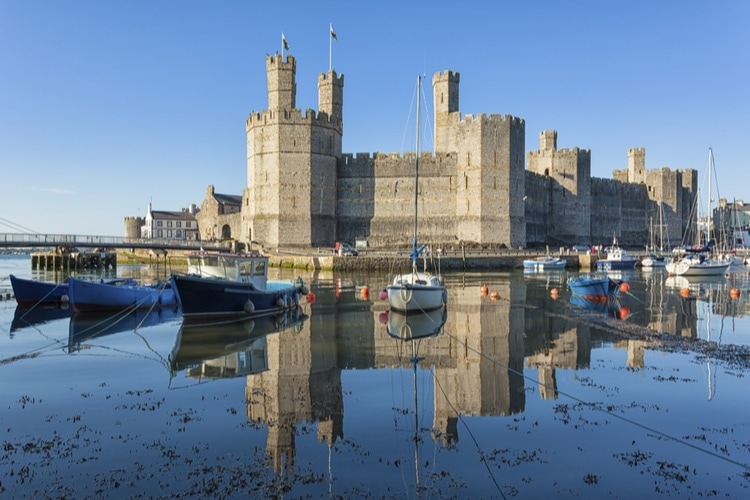 Bodelwyddan Castle is located not far from the popular seaside town of Rhyl and was built in the 15th century. It is open to the public, and visitors can even stay within the castle grounds at Bodelwyddan Castle Hotel.

Castell Coch is a Gothic revival castle which is open to the public. The original fortification was built in the 11th century by the Normans, and it’s one of the most impressive castles in Wales near Cardiff. 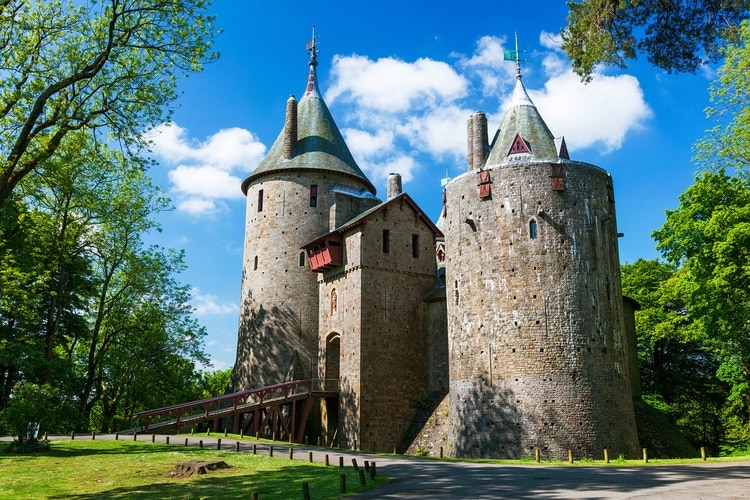 Thanks to its location on top of a 60-meter high hill, Harlech Castle has an impressive view of the Llyn Peninsula and the Cardigan Bay. It has endured several battles and is one of the most visited castles in Wales.

It’s yet another fortification built by James of St George on order from King Edward I. 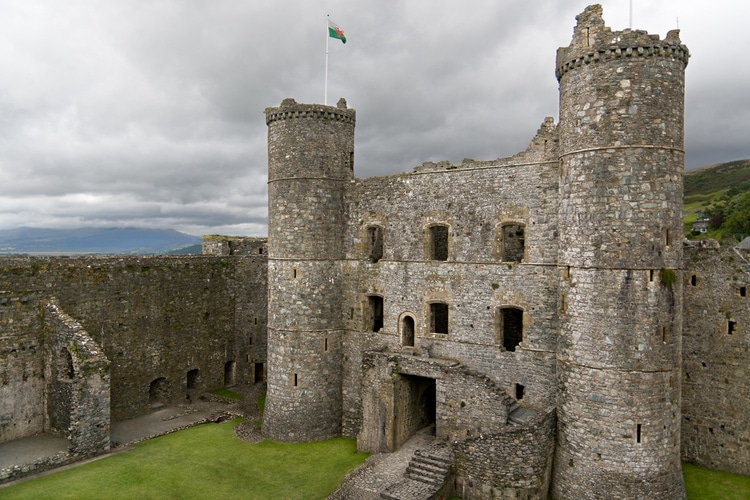 Raglan Castle is a great example of how medieval castles in Wales eventually turned into palaces with luxurious rooms and a scenic courtyard. It was built in 1435 with the intention of defending the nearby area in Gwent.

It is open to the public, and visitors can go down to the cellars as well as the Great tower. 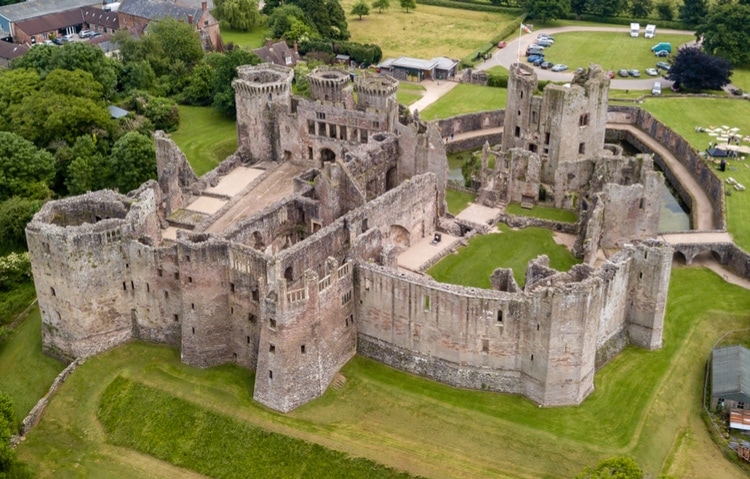 Conwy castle is my favorite of all the fairytale castles in Wales. It was built in the late 13th century by King Edward I and the architect James of St. George.

Guided tours are available that will take you around the castle area, including the Royal chambers and the top of the battlements. 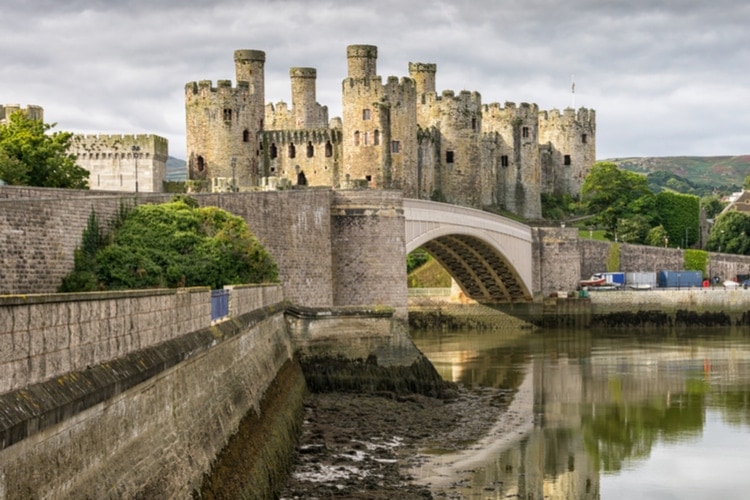 Chirk Castle is located near Wrexham in the northern part of Wales. It was built by Roger Mortimer de Chirk by the end of the 13th century. It’s open to visitors from March to October. 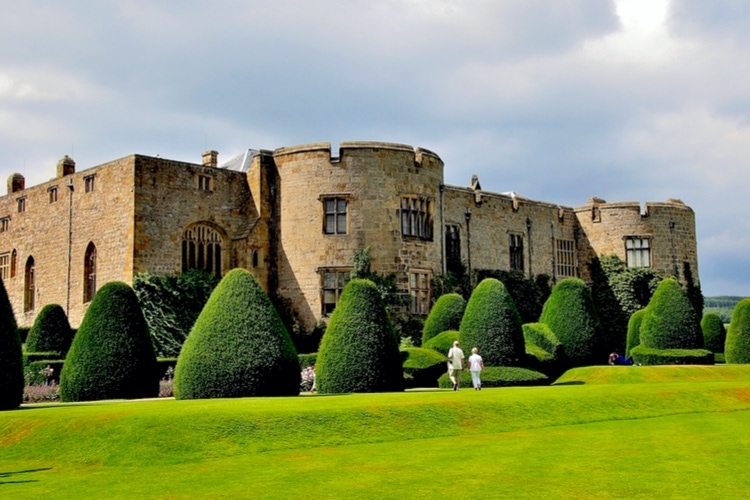 Caerphilly Castle is famous for its impressive defensive structure and strategic position. It was built between 1268 and 1290 by Gilbert de Clare as part of conquering Glamorgan.

It’s surrounded by artificial lakes, and not only is it a massive fortification but it also holds luxurious accommodation. Some of the most famous events that the castle has been a part of are the Welsh Wars, the Invasion of England, and the English Civil War.

Caerphilly Castle is also one of the most impressive castles in Wales near Cardiff, and it’s open for visitors. 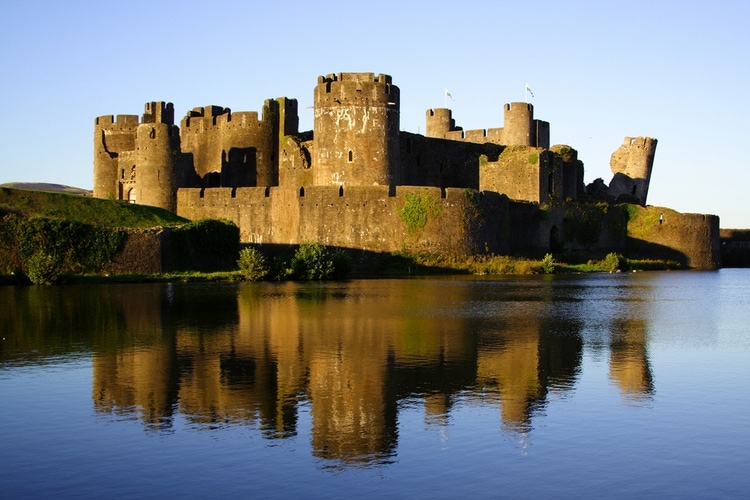 If you’re visiting Cardiff, you shouldn’t miss out on a visit to Cardiff Castle, which has a history dating back to Roman times. Since then it has been rebuilt into a Norman Keep before further medieval fortifications.

It’s one of the most popular tourist attractions in Cardiff, and visitors can admire the extravagant accommodations and the beautiful castle grounds. 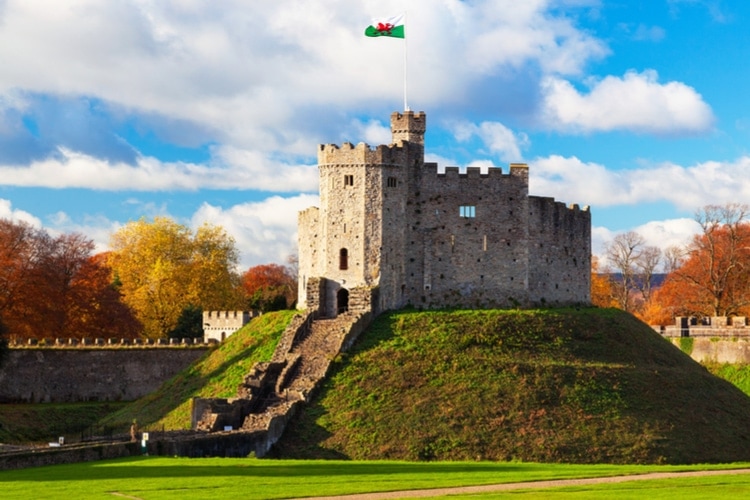 Pembroke Castle is a privately owned castle in Southeast Wales and is regarded as one of the best-preserved and oldest castles in Wales. It was originally built already in 1093, by the Earl of Shrewsbury.

It is also famous for being the birthplace of Henry VII. Despite being privately owned, it is still open to the public and at specific times of the year, visitors can also see reenactments of historical events and battles who occurred here. 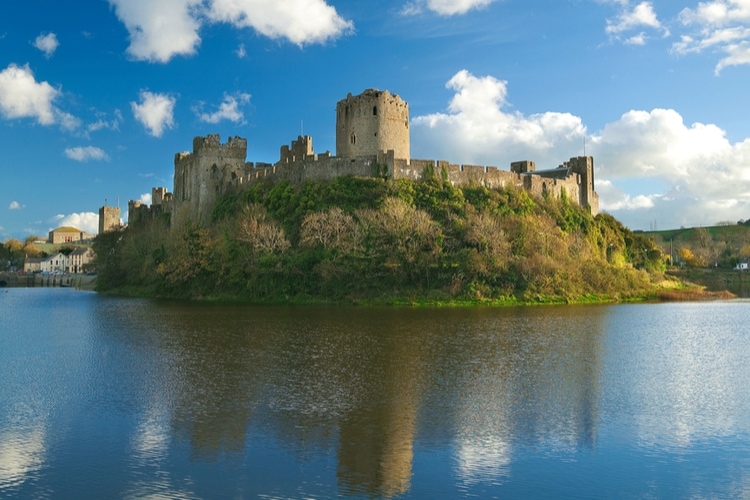 Beaumaris Castle is located in the eastern part of the country. 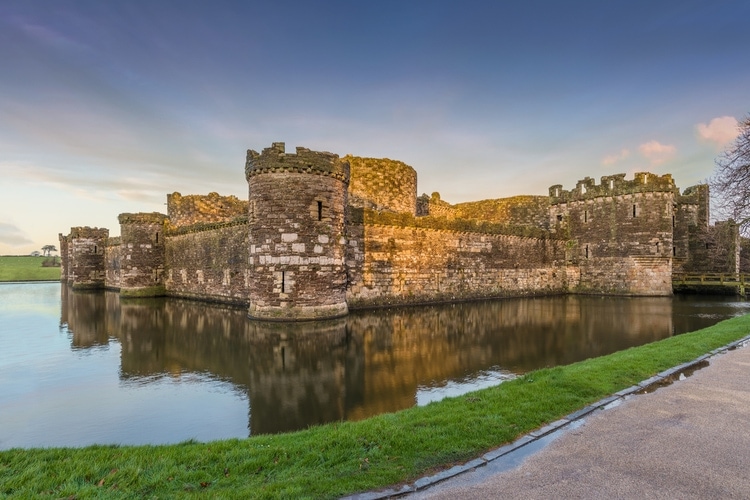 This fortification was built in the 13th century by the Welsh prince Llywelyn the Great. It’s located in northern Wales and is regarded as one of the finest examples of a Welsh round tower. 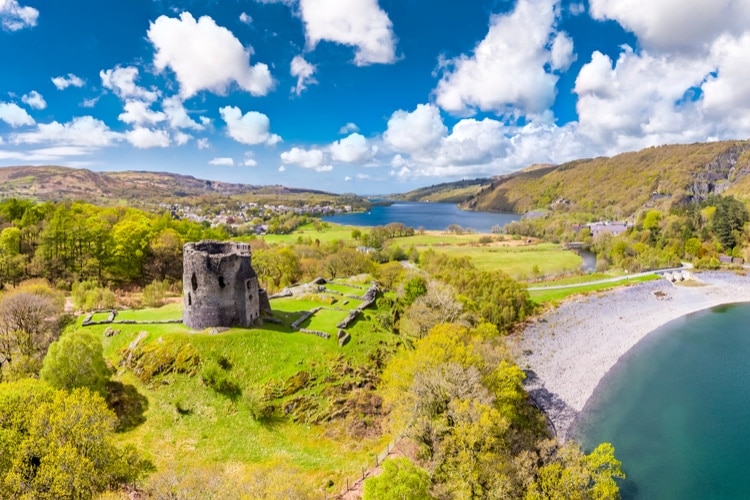 Chepstow Castle is the oldest castle in Wales and was built by William Fitzosbern, who was a Norman Lord in the 11th century. It is located in Monmouthshire and is open to the public. 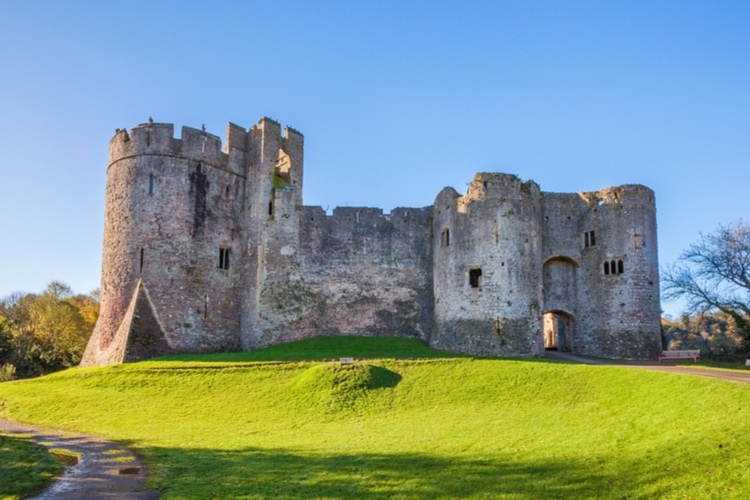 The site has been established since 1116 but was later rebuilt into a Norman stronghold in 1215. Laugharne Castle is open to the public from spring to autumn. 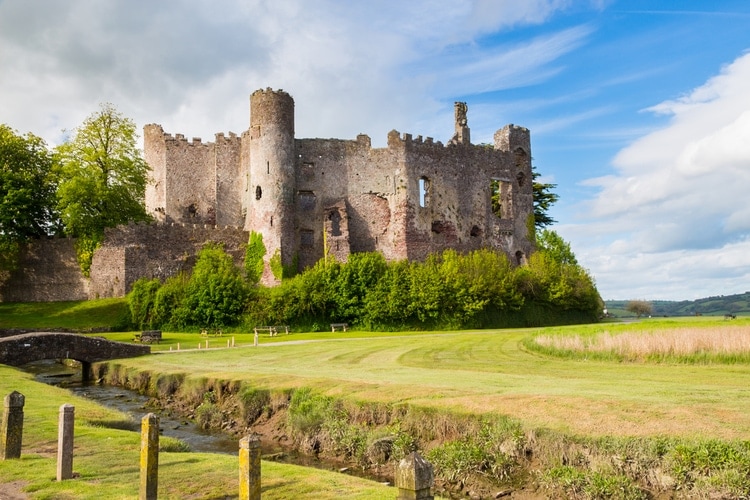 A Norman fortification built in the 12th century to defend against the Welsh. It’s beautifully located by the River Gwendraeth and is open to the public. The most famous battle from here is the Revolt of Owain Glyndŵr. 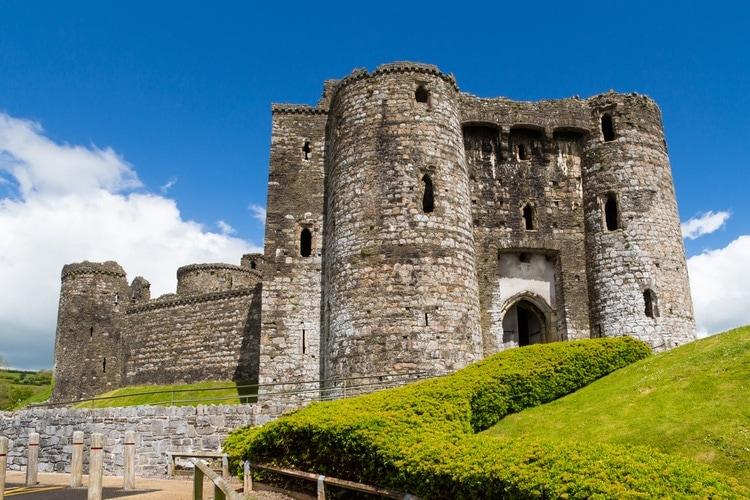 Map of the Castles in Wales

More about Welsh Castles and their history

Wales is often nicknamed the castle capital of the world due to its high density of fortifications. At one point in history, there were at least 600 castles in Wales. About 200 of them are still standing, although some are more or less ruins.

Who built the castles in Wales?

The Norman Castle building period lasted from the 11th century until the 13th century.

Castles in Wales where you can stay overnight 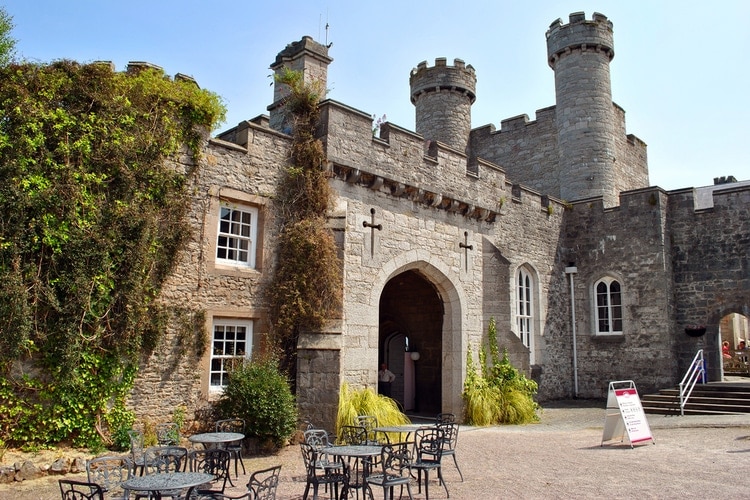 What is the oldest castle in Wales?

Chepstow Castle is the oldest castle in Wales and dates back to the 11th century. 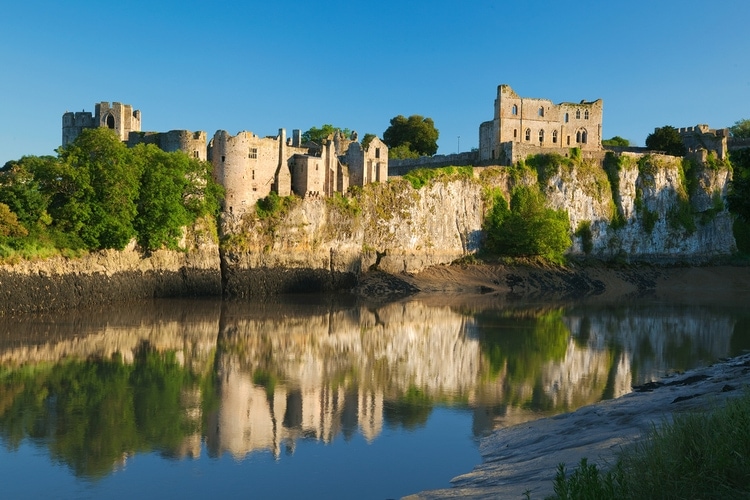 What is the largest castle in Wales?

Caerphilly Castle is the largest castle in Wales, and the second-largest in all of Britain. 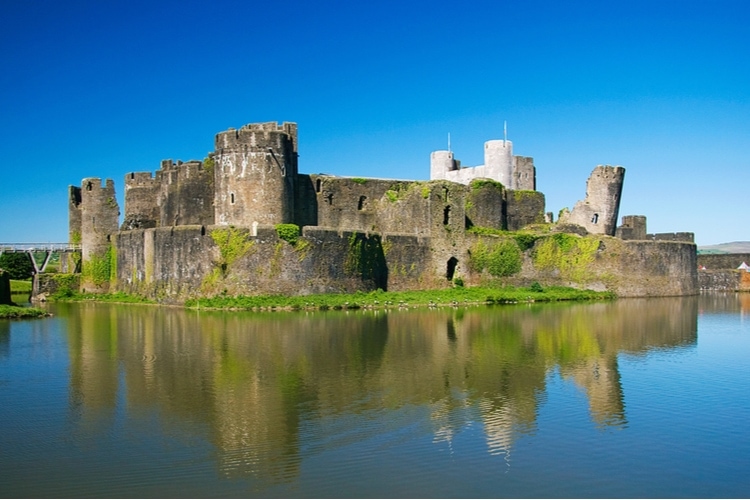 Which of these castles in Wales is your favorite? Leave a comment below! 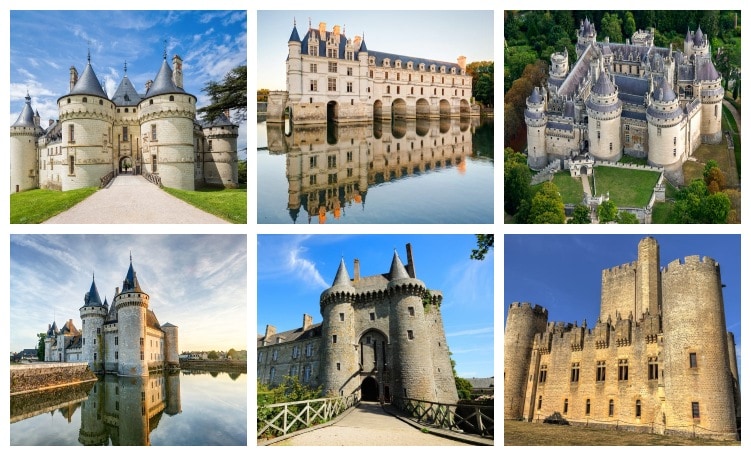 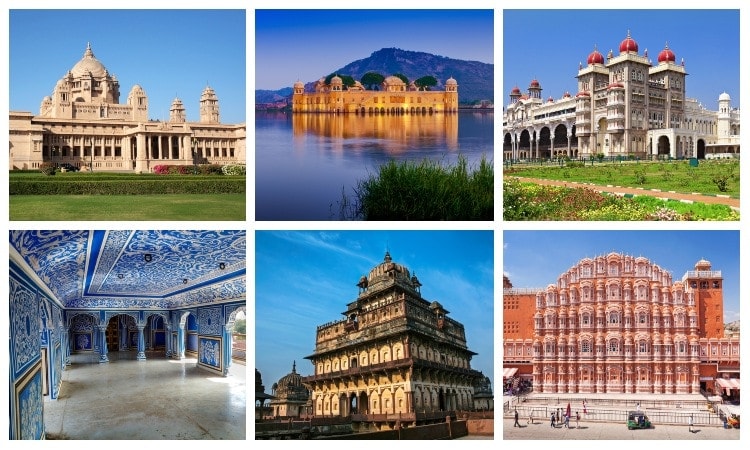