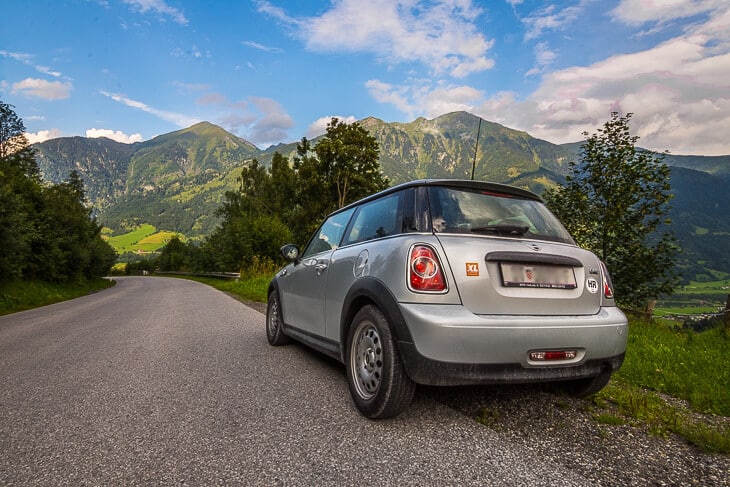 This summer Me and my girlfriend made a road trip around the Balkans and Austria, starting from Zagreb. Before we decided to rent a car, we compared several car rental agencies and their prices. Finally, we decided to book via the Croatian car rental company XL rent a car.

In this article, I share everything you need to know about car rental in Croatia.

Our road trip around the Balkans

For two weeks, we rented a car and drove from Croatia to Austria, then down to Slovenia and back into Croatia and down towards Bosnia and Montenegro. After Montenegro, we went back to Dubrovnik in Croatia; where we returned the vehicle and finished our tour of the Balkans.

During the trip, we made stops at lots of locations, many small villages and amazing sites along the way, which otherwise would be hard to go by bus. Our major stops were: Hallstatt, Salzburg, Zell am See, Bad Gastein in Austria. Bled, Bohinj and Ljubljana in Slovenia. In Croatia, we stopped at Plitvice Lakes, Krka National Park, Zadar, and Split.

After that, we drove across the border into Bosnia & Herzegovina with a stop in Mostar before we drove further down to Montenegro with stops in Kotor, Budva, and Sveti Stefan. Then we drove back to Croatia with our final stop in Dubrovnik. Overall we drove over 2070 km apart from all the extra stops we made along the way, and day trips to small villages, beautiful lakes, and natural areas.

A fantastic journey that offered many wonderful experiences and memories! Can you imagine how long it would’ve taken to make the same trip by bus? Not only in time, but also how hard it would be to fit the bus schedules here and there.

We went to several countries, but one doesn’t need to crisscross between countries. Even if you rent a car and drive around in Croatia, it is still worth the money, especially if you’re not traveling solo. The freedom you get and the opportunities to see so much more are the two biggest reasons why I recommend people to rent a car in Croatia. 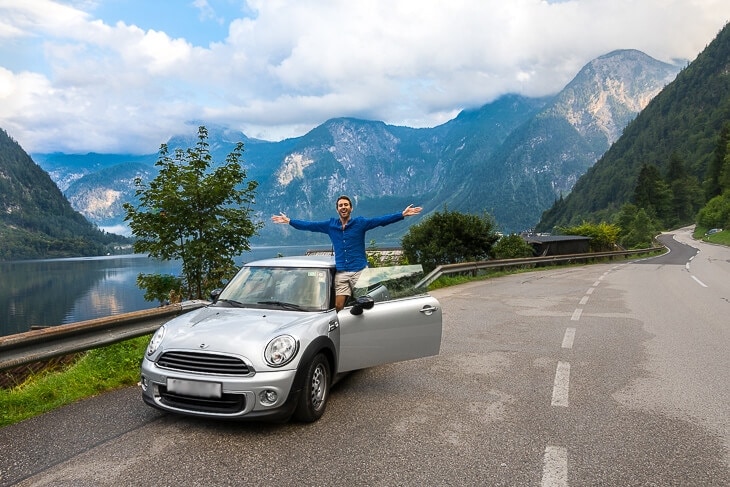 Benefits of renting a car

The main advantage is the freedom that comes with the car. You can choose where and how you want to go. Additionally, you can stop whenever you want and when you want to go further, just get into the car and start driving.

If we would’ve done this trip without a car, it would’ve taken far much more time, but more importantly – the time in each place had been more limited, and we had been forced to rely on public transport and plan our road trip after bus schedules.

What it’s like to drive a car in Croatia

Driving around with a car can be a little scary because it is not your own vehicle. Especially if the other drivers around you are driving recklessly, and fiery. In Croatia, we felt safe on the roads, and outside large cities like Zagreb and Split, it was relatively quiet and not much traffic to talk about. However, if you lease a car and drive around in Zagreb and Split, well, then you need to pay extra attention since some drive a little reckless.

The speed limits are higher in Croatia than for example Sweden, so don’t be surprised if people are whizzing past at 180-200 km/h or more. The speed limit on motorways is generally 130 km/h, but most drive faster than that. Good news? The majority drive in the fast lane, so just stick to the right lane if you want to drive according to the speed limits.

The roads in Croatia are surprisingly good, and there is a highway that runs through the whole country. If you go along the freeway, you need to pay the toll, based on how far you have gone on the motorway. Common roads are free of charge. In connection with the highway, there will be a toll booth where you get a card, which is then given to the staff when you exit the highway.

Good to know when renting a car in Croatia

During high season, Croatia is full of tourists, and many want to lease a car. Rental companies know this, and they charge accordingly. Therefore, it is usually cheaper to book a car rental in Croatia online long before leaving home. If you don’t, it may be that all cars are being rented out during peak season.

The high season begins in July and ends August. If you go a bit earlier or later, the prices of rental cars would’ve dropped, and it is much cheaper to rent a car in Croatia during the off-season. Then it is also easier to get discounts and more.

To be allowed to drive out of Croatia by car, you need a so-called “Green Card,” which is either included in the price or added at a cost. This card can be requested at the border control. During our road trip, we needed to show our green card in Bosnia and Montenegro, both at the entrance and exit from the country.

Most rental car companies also offer that you can return the vehicle to another location for an additional fee. This fee is usually listed as “one-way fee.” This is great if you want to go to several places. Instead of traveling back and forth, you could instead go from a starting point and return the vehicle where you want to end the trip.

Have a look at reviews before you book a rental car

Some tourists have reported that some rental agencies in Croatia are looking for small deterrents and scratches on the vehicle to earn extra money in return. Whether this is true or not, I don’t know, but just in case you decide to rent a car through another company than XL Rent a Car, you may want to search for reviews about the car rental company that you’ve been looking at.

With XL Rent a Car, everything went smoothly, both the pickup and drop-off. When we got the keys, exiting scratches were already written down, and their representative joined us and showed that everything was correct. He also pointed out that we could photograph the car before we went away so that no one could say that the damage had occurred after we had rent it.

A friendly and honest approach. He also answered all the questions and didn’t pressure us in any way to take “full insurance,” which might otherwise be typical when you rent a car (not only in Croatia but everywhere).

Insurance for the rental car

The insurance is included in the price and usually cover most things if you don’t do anything wrong yourself. However, it can differ between rental companies, so it is always good to check carefully what is included before signing the rental car agreement.

Something that is not usually covered is damage to the tires and windshield, so in case you get a flat tire, it is not certain that the insurance covers it. Most companies offer a “full insurance,” where you only pay the deductible, which is usually around 100-200 euro maximum.

We rented without full insurance and instead opted for the regular car insurance that was included in the price. Our maximum cost in case something would happen was about 450 euros, and this was if it were us that made any fault. If we were run over or if someone else inflicted damage to the vehicle, the deductible was the only thing that needed to be paid.

From my understanding, it is also important in Croatia to contact the police immediately. Otherwise no coverage from the insurance.

More about XL Rent a Car

A smaller car rental company in Croatia, which has offices in the largest cities. The company is also operating in Slovenia. They don’t have the greatest range of cars, but it’s perfectly adequate. We also managed to get hold of a car in Croatia in the middle of the peak season.

Our rental car was a Mini Cooper. I am very happy how the rental company handled everything. From start to finish we had good contact, and the return in Dubrovnik also worked smoothly, although they don’t have an office there. A representative from the office in Split met us at the airport in Dubrovnik and then drove us back to the Dubrovnik and our hotel.

I can heartily recommend anyone who wants to rent a car in Croatia to do it via XL Rent a Car. Of all the rental companies we compared prices between, this was cheaper by about 20%, which is a lot when you lease for two weeks.

We rented our Mini Cooper via a partnership with XL Rent a Car, but everything in this article is 100% opinions of my own, and not in any way biased or bought. I always share my genuine experience. 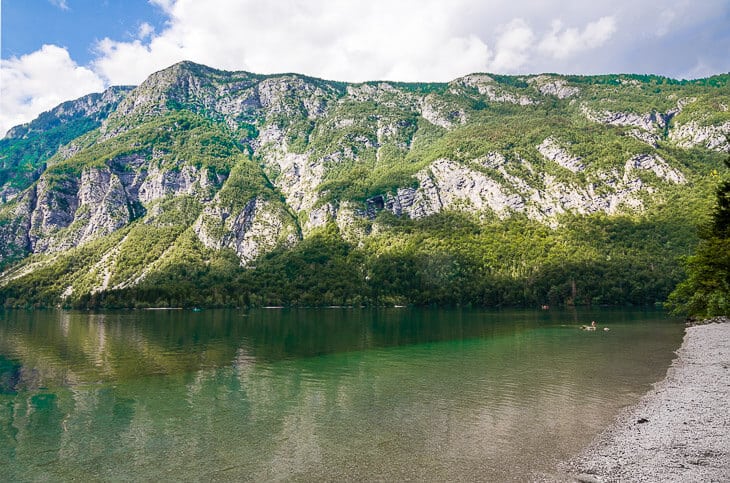 14 Photos that will make you want to pack your bags and travel to Slovenia
Read Next Post →
Click here to cancel reply.

Amazing! I know nothing about traveling all over the country, what a wonderful looking place to explore. Visit website: "https://www.ridetransferdirect.com/".

Agreed, our trip would be more fun and attractive if we drive a car by ourself during the traveling ;)