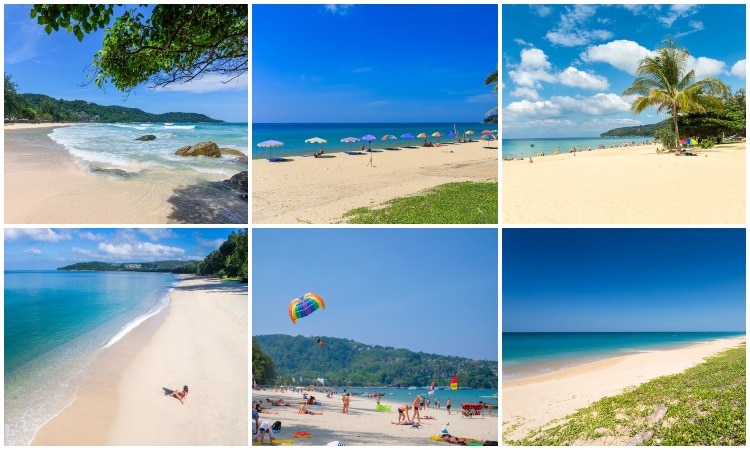 Are you looking for the best beaches in Phuket 2019? This is an updated guide and list of my favorite Phuket beaches and more information about each beach and how to get there.

When it comes to Beaches in Phuket, there is something for everyone, just as there is with hotels, bars, and restaurants. It’s a multi-faceted island which offers various choices for tourists coming to enjoy the south of Thailand.

Not far from Patong, visitors can enjoy a 300 meters long strip of white sand on a beach that is surrounded by hills and jungle.

The best way to get here is by longtail boat, which just takes about 10 minutes, but you can also come here by motorbike, even though the path down to the beach is quite physically demanding. 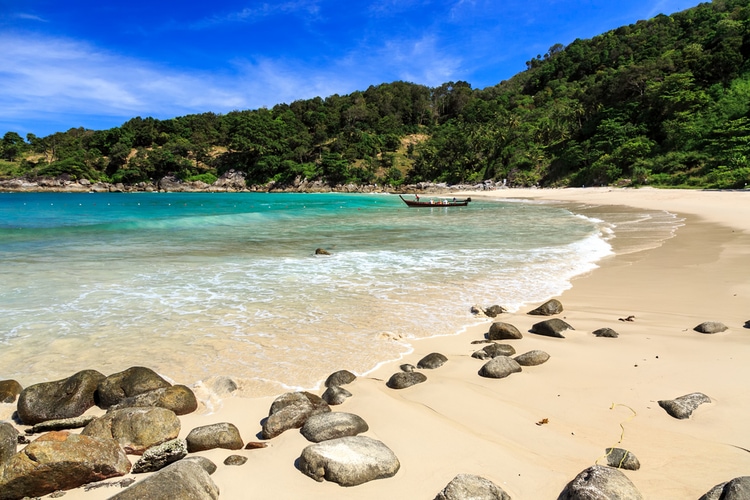 Bangtao is one of my favorite beaches in Phuket, and it’s one of the longest beaches on the island, which means you can go for a long stroll if you get tired of sunbathing.

Despite the resort known as Laguna Phuket, the beach is mostly undeveloped, and at the northern tip, you can still have some parts of Bangtao to yourself. It’s also one of the cleanest beaches in Phuket, and all in all, you’ll have an amazing day here. 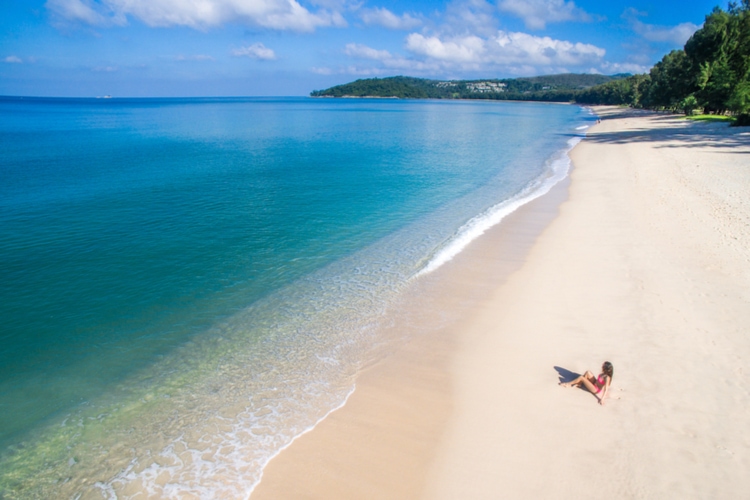 If you prefer to get away from crowds, but still want to be close to the action, Kata Noi might be the best of all beaches in Phuket. It’s located on the other side of Kata Beach, which is one of the main tourist destinations on the island.

Kata Noi is quieter though and more relaxed with fewer tourists. The sand and water are excellent as well. 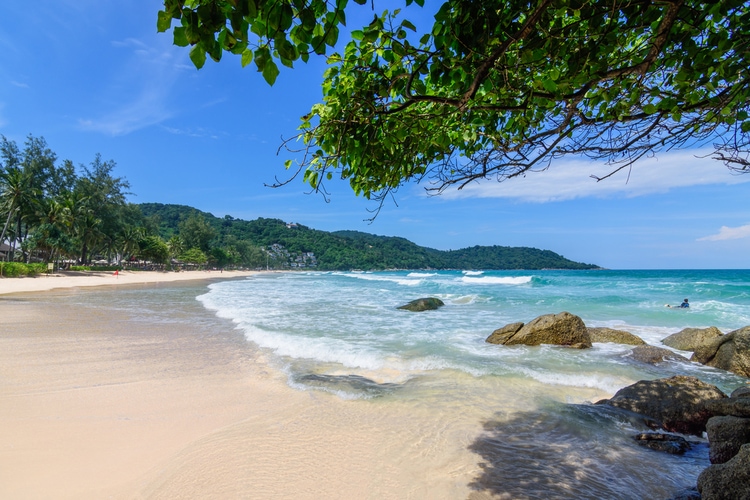 This is the longest beach in Phuket, and it’s largely undeveloped with only one hotel – JW Marriott Phuket Resort. The Mai Khao beach is located next to the Phuket International Airport and stretches for 11 kilometers.

Swimming is not recommended between November and May, and swimmers should be noted about the sudden drop a few meters out. 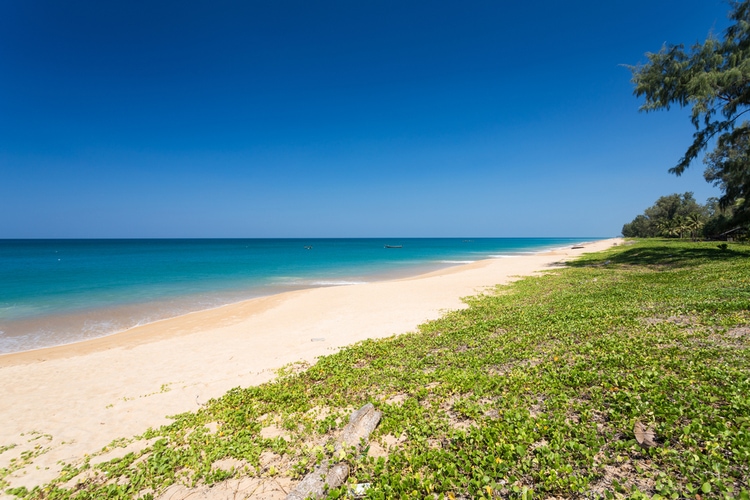 Naiharn was a relatively unknown beach in Phuket until a few years, when it started to get popular. It’s located in a small bay in the southern part of the island, not far from Ya Nui beach, and Promthep Cape. 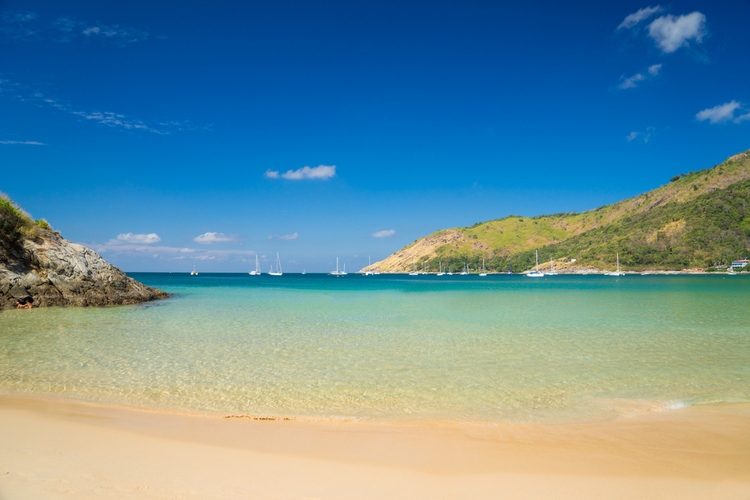 Patong is without a doubt the most famous beach in Phuket, and it’s located right in the center of the action. As soon as the sun is out, there are countless of tourists soaking up the sunshine at Patong Beach.

It’s also popular for its watersports, massage and large area that consists of 5 different zones. 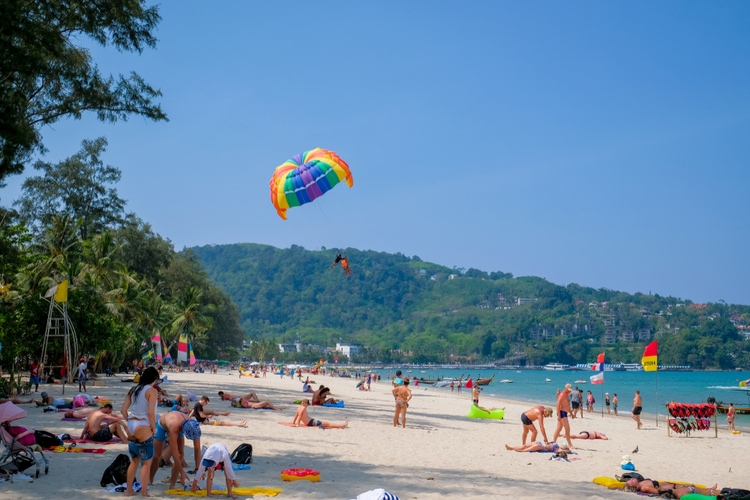 Kamala lies north of Patong and is quieter than many other beach spots in Phuket. It has become a favored place among long-term residents and visitors because it isn’t as frequented by tourists.

Nearby, you can also stay in the luxury hotel – Keemala, which is one of the best hotels in Phuket. 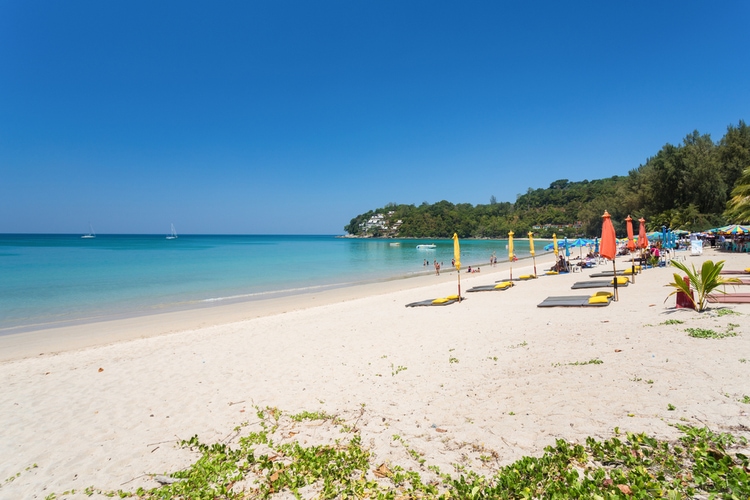 Surin is located north of Kamala Beach and is known for its luxurious resorts and houses that are overlooking the beach and the Andaman Sea from the hills above.

It’s a relaxed place to spend your day, and remains popular among locals and tourists, but is not busy. 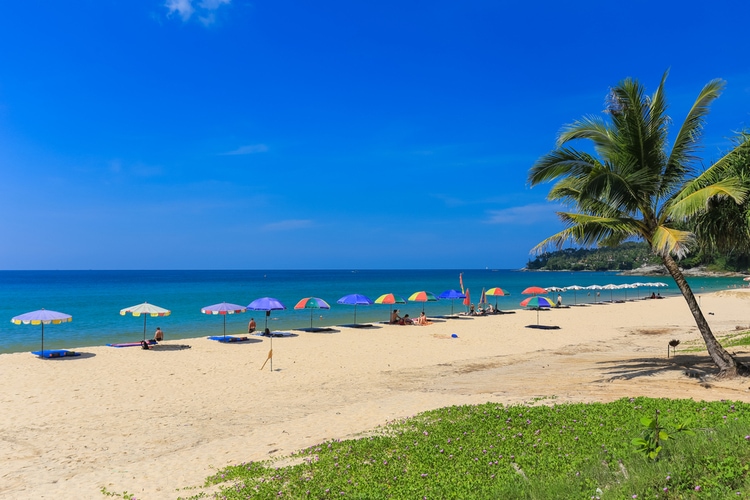 Kata is one of the major tourist towns in Phuket and it lies just south of Karon. It’s a beach which has become very popular among families, but all kinds of tourists come here as there is a range of hotel standards, all close to the sea.

Kata Beach and the town also has lots of dining options and a wide variety of street food and restaurants. Karon has the third-longest beach in Phuket and is known as a small tourist town with a few hotels, restaurants and shops. Karon Beach lies between Patong and Kata and is also famed for its great snorkeling spots at the southern end of the beach. 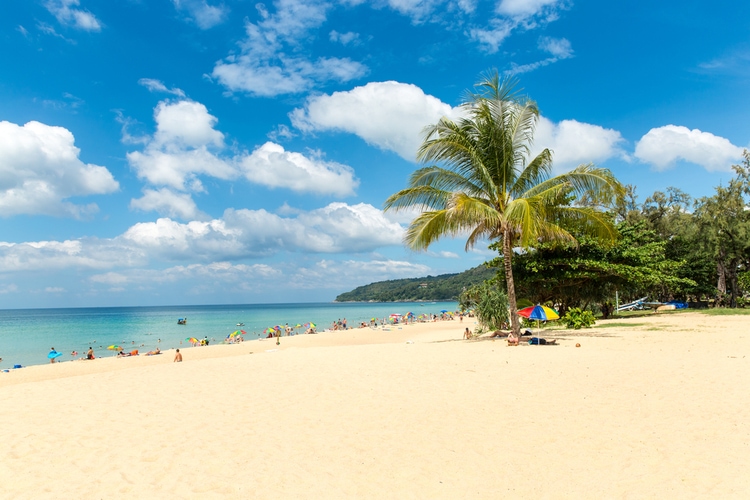 This is more or less the northern end of Bangtao Beach, but it’s still named as its own beach. The bay is sheltered by the small island known as Koh Kala, and most visitors are either long-term expats or Thai locals.

Layan Beach is very relaxed and the restaurants are reasonably priced as well. 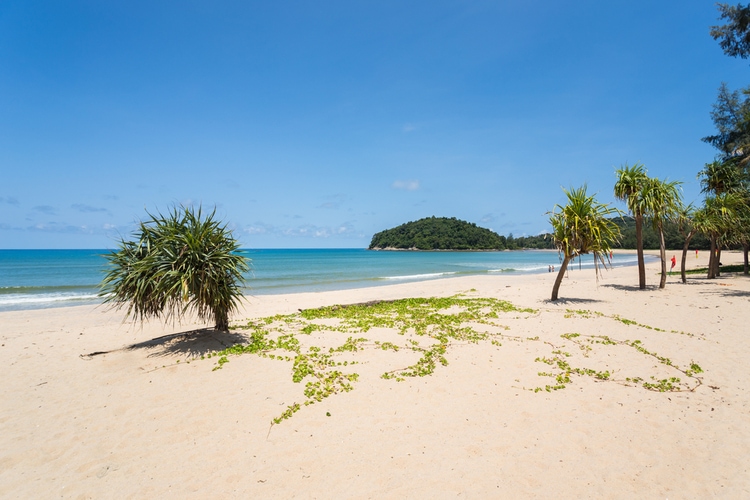 Between Kamala and Surin, visitors can enjoy this hidden away bay with clear waters and amazing white sand. Laem Singh is one of the best secret beaches in Phuket and a place that is perfect for those who’re looking for more secluded beaches. 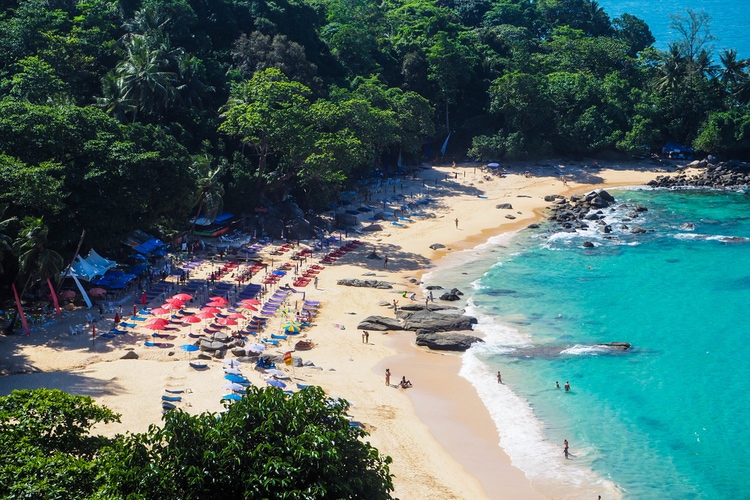 Ya Nui is together with Laem Singh considered as one of the best smaller beaches in Phuket. It’s located in the southern part of the island, not far from Promthep Cape. 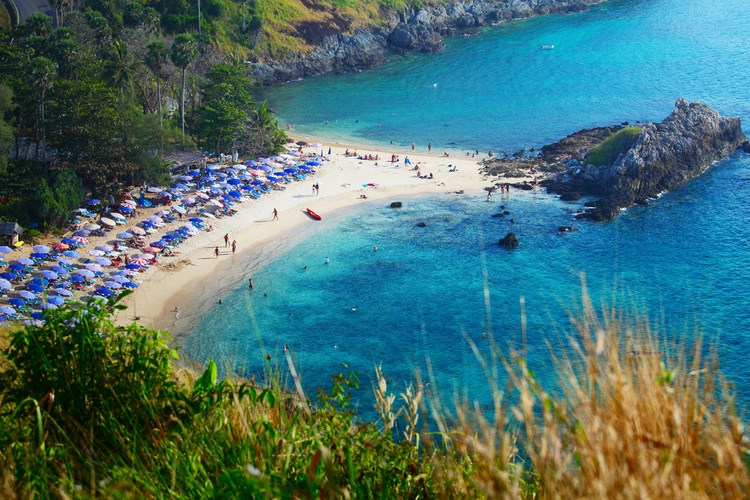 Laem Ka is one of the only beaches in Phuket on the East Coast that is worth a visit. The views from the beach are amazing as well, and you can see Koh Bon, Koh Lone, and Coral island in the background.

This is also a popular spot among the locals on weekends, and on weekdays, you’ll likely have it mostly to yourself. 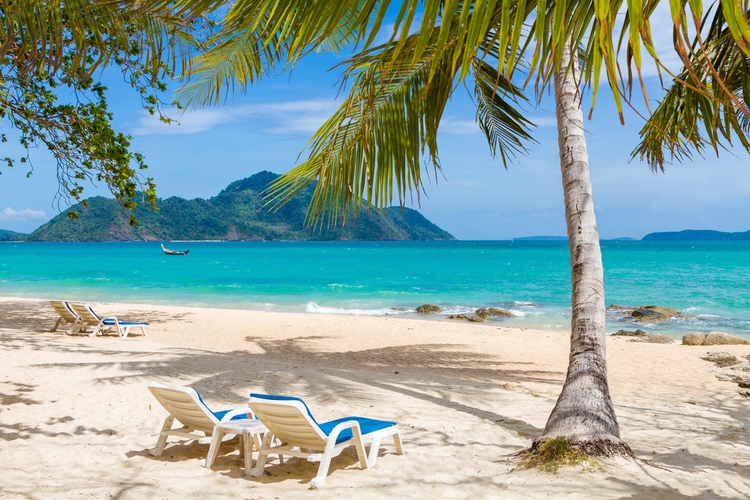 Naithon Beach is one of the most remote beaches in Phuket, located in the northern part of the island. The best way to get here is by driving your own scooter renting a longtail boat.

Unlike other Phuket beaches, there are no large resorts in sight here, and you’ll have the feeling of visiting your own little paradise beach. 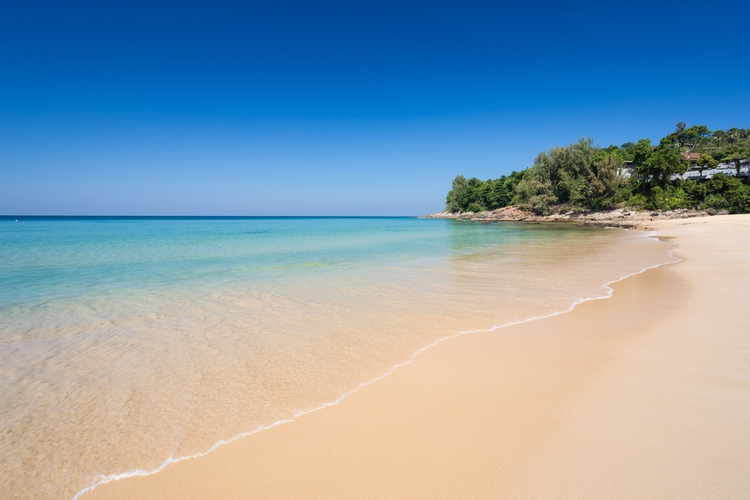 Last but not least, Banana Beach, which is one of the most secluded beaches in Phuket, located in the northern part of the island, not far from Naithon beach. It’s relatively isolated and not many tourists venture out here.

You can drive here or rent a longtail boat to take you to Banana Beach. Swimming is great between November and May and you can expect clear waters. Don’t miss out on the seafood restaurant, located right on the beach where you can enjoy fresh fish. 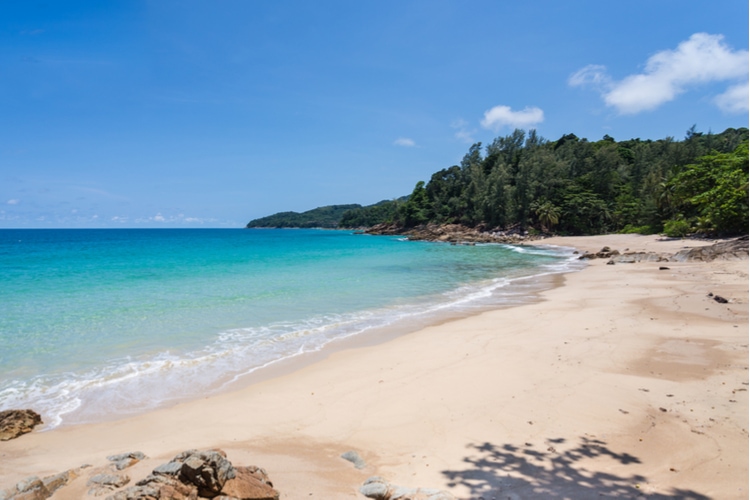 More about the Beaches in Phuket

All of the beaches in Phuket are sandy, and they come in various sizes and lengths. Some are more famous than others, and it’s really just down to preference when it comes to picking a beach to spend the day.

Most of the popular beaches in Phuket are located on the West Coast with the majority being located in the southern part of the island.

This is mostly due to infrastructure and the availability of hotels and resorts, some of the more remote Phuket beaches are further away, and thus not as popular as the major tourist destinations. There are even some great beaches on Phuket’s East Coast, such as Laem Ka and Ao Yon. 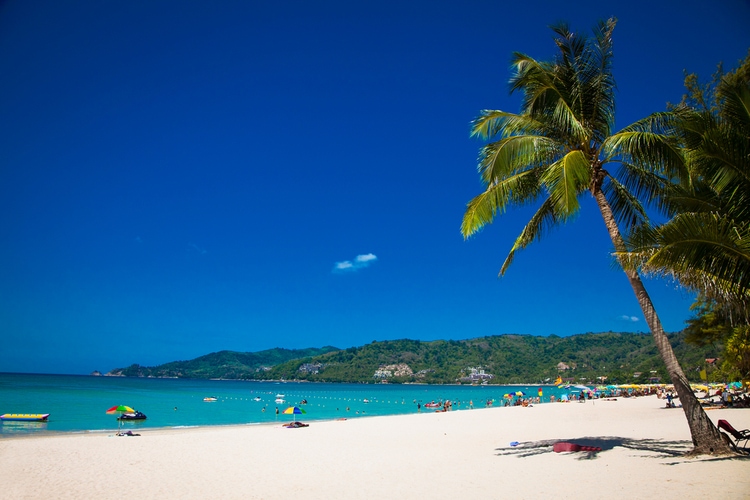 Which beach is better in Phuket?

It depends on what you prefer, if you enjoy lively beaches, then Patong, Kata or Karon are probably your best choices.

But if you’re more into hidden gems, then you’re more likely to enjoy Phuket beaches such as Bangtao, Naithon, or Mai Khao beach, which are more secluded with fewer tourists.

Which beach in Phuket is most beautiful?

In my opinion, the most beautiful beaches in Phuket are Bangtao, Banana beach, Laem Singh, and Kata Noi.

Map of the beaches in Phuket

Which of these beaches in Phuket is your favorite? Leave a comment below! 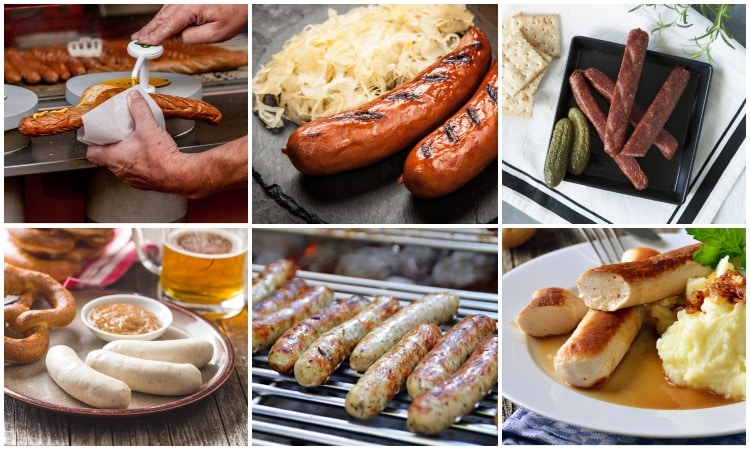 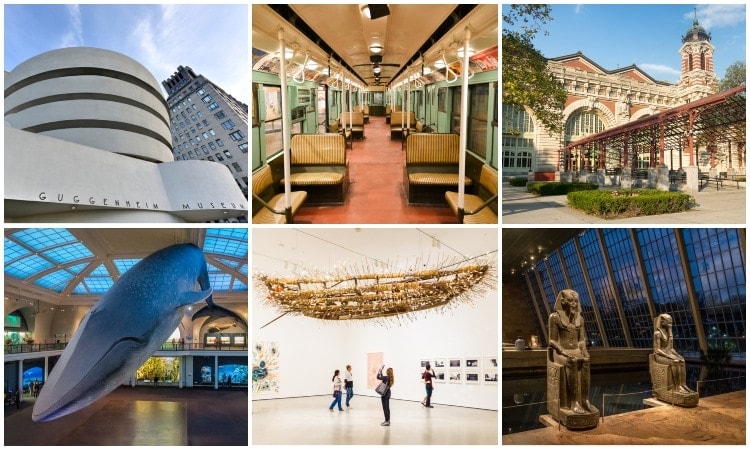