7 Wonders of the World – The New and Old 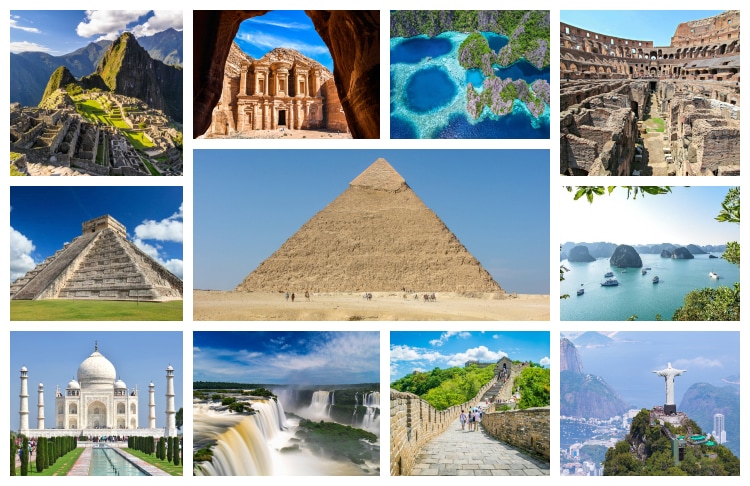 In this article, you can read more about each category and place as well as where to find them.

The 7 New Wonders of the World

Chichen Itza is situated on the Yucatan peninsula in Mexico and was an important site in the Mayan Kingdom. What characterizes the main temple is that every single step equals a day of the year.

The sun will wander up and down the pyramid, one step per day, which is quite fascinating considering that the Mayans didn’t have access to modern technology. 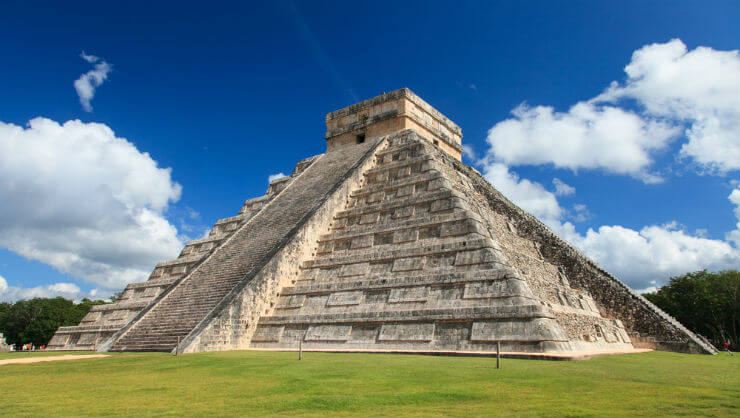 Colosseum in Rome is the most famous amphitheater in the world, and it’s infamous for being home to the bloody gladiator games during the glory times of the Roman Empire.

This spectacular amphitheater was a gift to the Romans from the emperor, and it was built in the year of 70 A.D. 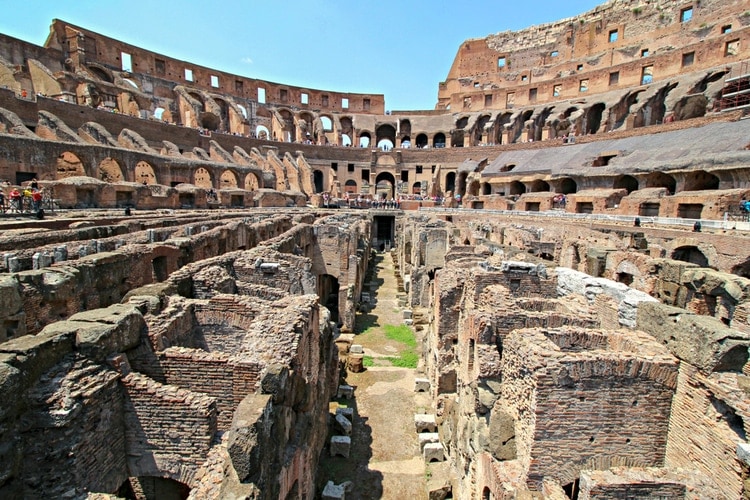 3. The Great Wall of China

The Chinese Wall or the Great Wall of China is the longest wall in the world and one of the 7 wonders of the world. It is easiest to visit from China’s capital Beijing, and there are guided tours available, but you can also explore on your own.

A common myth is that you can see the wall from space, and while that is true to some extent, you can’t see it with your naked eye. The Great Wall of China was built already 300 years B.C but wasn’t considered finished until sometime in the early 1600s.

The Great Wall of China is the oldest structure of the new seven wonders of the world. 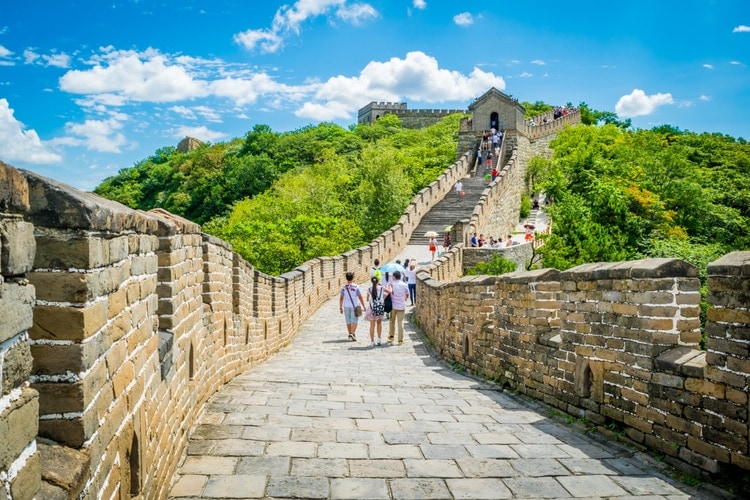 Christ the Redeemer in Rio de Janeiro in Brazil has become a classic and prominent landmark of the city. The statue wasn’t constructed until 1931, so it’s not that old.

It also goes by the name Cristo Redentor, and it was primarily financed by donations via the catholic church. Christ the Redeemer stands tall at 38 meters high on top of the Corcovado mountain. 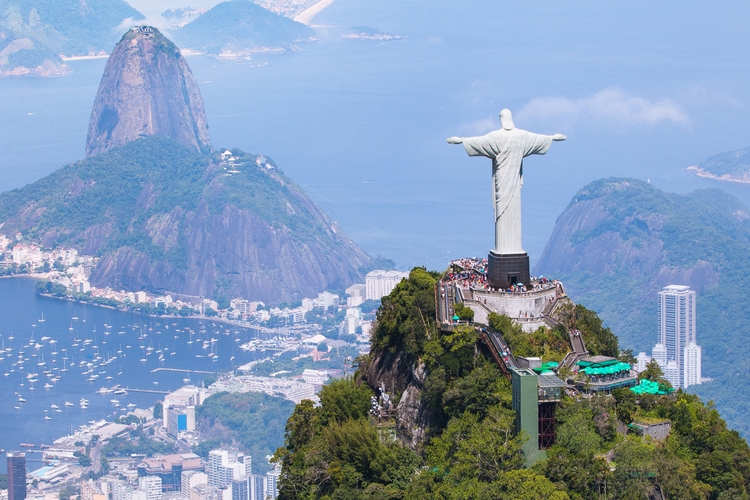 Wander in the footsteps of the Inca people, and visit one of the most important cities. Machu Picchu is incredibly well-preserved, many thanks to the fact that the conquistadors never found the site.

It is sometimes referred to as the lost city of the Incas, and it wasn’t discovered by the rest of the world until Hiram Bingham came here in 1911. 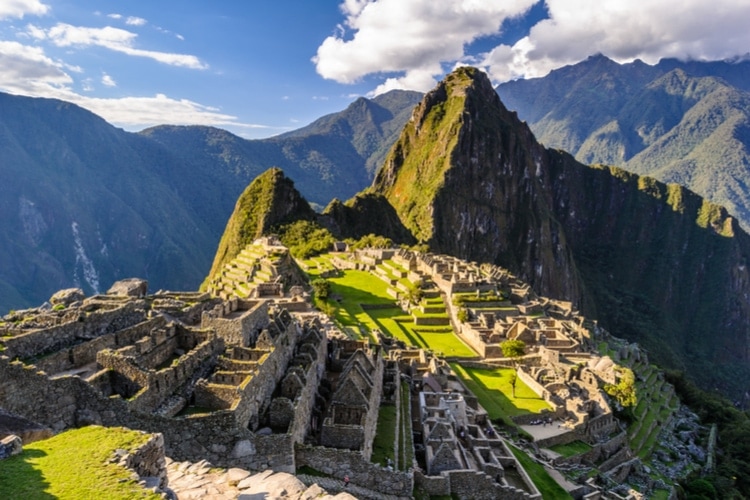 Petra was a city during ancient times and is a true wonder of the world. This antique city has been carved out from the mountain, and the works and construction to create this are very impressive, even by today’s standards.

Scientists and archeologists are still baffled why Petra was abandoned by the circa 20 000 people that lived there. 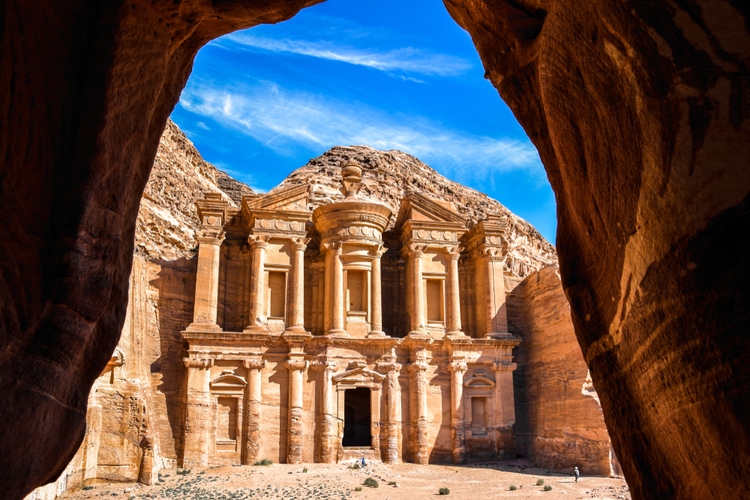 Last but not least of the seven new wonders of the world, Taj Mahal. If you ask me, this is the most beautiful building in the world, and the details are incredible as well as the story behind it.

It was built by orders from the Mogul Emperor Shah Jahan who created it in memory of his beloved wife Mumtaz Mahal. 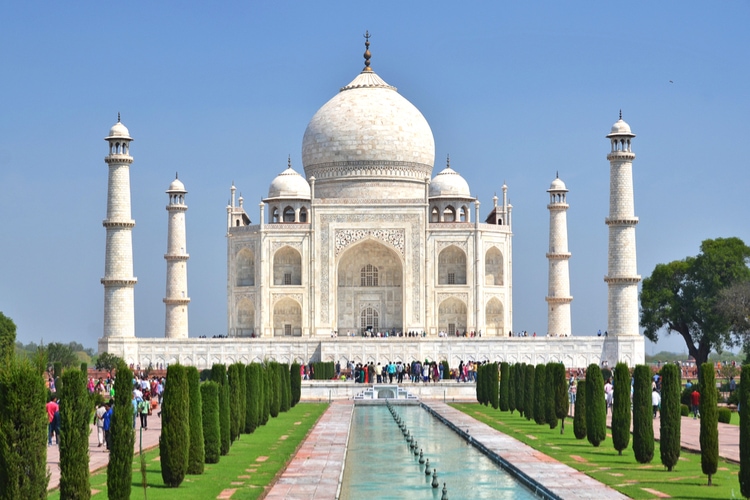 More about the 7 Wonders of the World

The 7 new wonders of the world were announced after global voting where more than 100 million people participated. The initiative was made by the organization called 7 New Wonders because they felt it was about time to name new world wonders since many of the ancient ones were destroyed.

Of the ancient world wonders, only one is still standing, and that is the Giza Pyramids in Egypt. The seven wonders of the ancient world were named during classical antiquity and have since been some of the most famous structures in the world, even though six of them were destroyed in wars and earthquakes.

Before the polls from the global vote had been counted, people could vote among several famous landmarks, such as the Eiffel Tower, Angkor Wat, Stonehenge, Statue of Liberty, Kreml, and the Opera house in Sydney.

But even though all of those structures also are impressive, none of them made the new list. 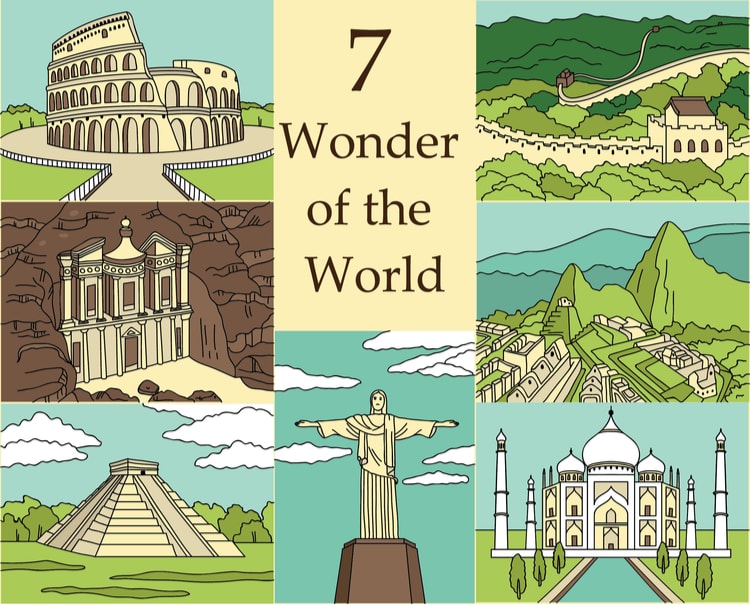 The 7 Wonders of the Ancient World

The only ancient wonder of the world still standing is the Cheops pyramid in Egypt. It is the greatest and oldest of the Giza Pyramids, and it was built 2500 B.C by the Ancient Egyptians. 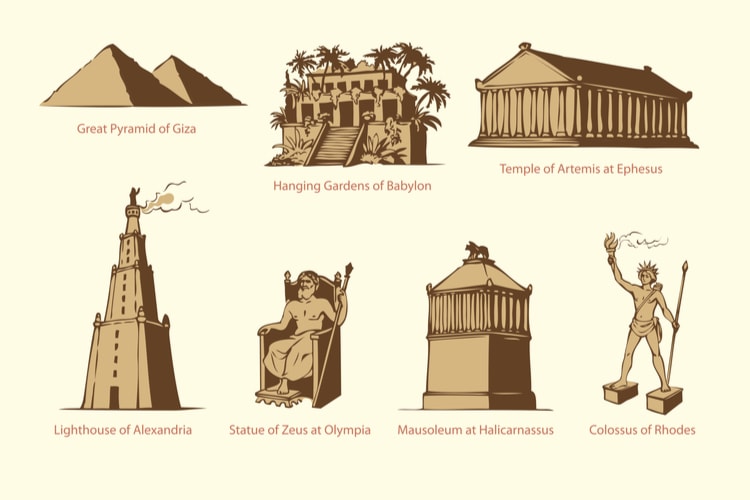 The Seven Natural Wonders of the World

There is also a third list when it comes to world wonders, and that’s the seven natural wonders of the world, which are the following:

Of all the seven natural wonders in the world, the Amazon is perhaps the most impressive. It is here that more than 50% of the world’s species are living, and it has been like that for thousands of years.

Sadly, there is much deforestation going on nowadays, which threatens the species who’re living in the Amazon rainforest. This is also where one of the longest rivers in the world are located, namely, the mighty Amazon river. 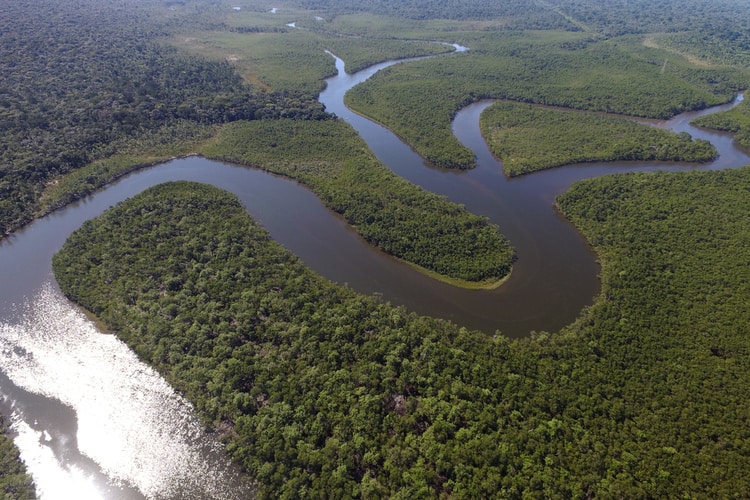 This is one of my personal favorites and a destination that I highly recommend. It’s a scenic island in South Korea, which is famous for its oranges, canola fields, waterfalls, paradise beaches, volcanic activity, and the highest mountain in South Korea. 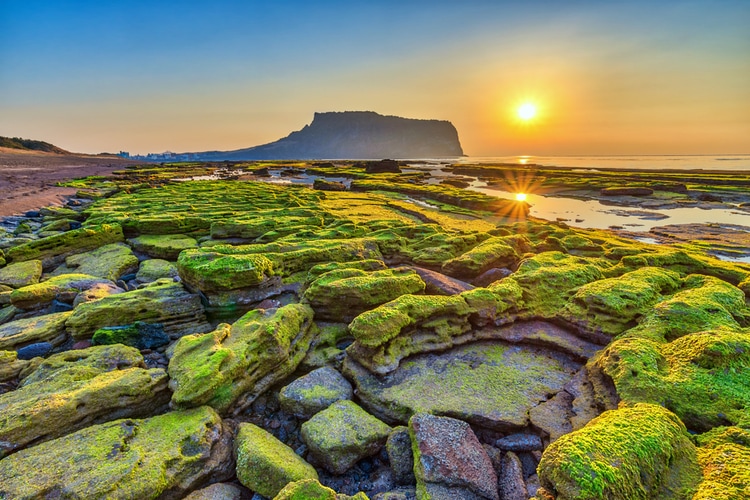 It is here you’ll find the vicious Comodo dragons, which are the biggest living lizards in the world. The Komodo Islands in Indonesia is also considered as one of the best places in the world for diving, and there are a plethora of marine species living in the waters around these islands. 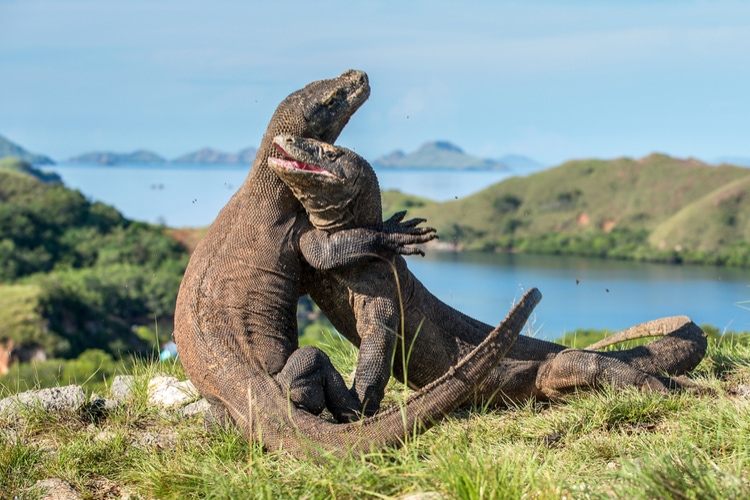 This is the pride of Cape Town in South Africa, and visitors can enjoy a magnificent view of the city from Table Mountain. 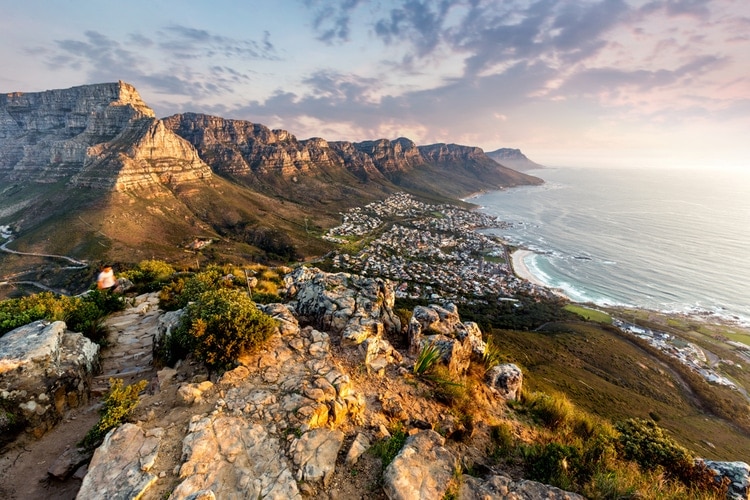 It’s not the highest waterfall in the world, but it is immensely powerful. The Iguazu Falls are located right at the border between Brazil and Argentina. 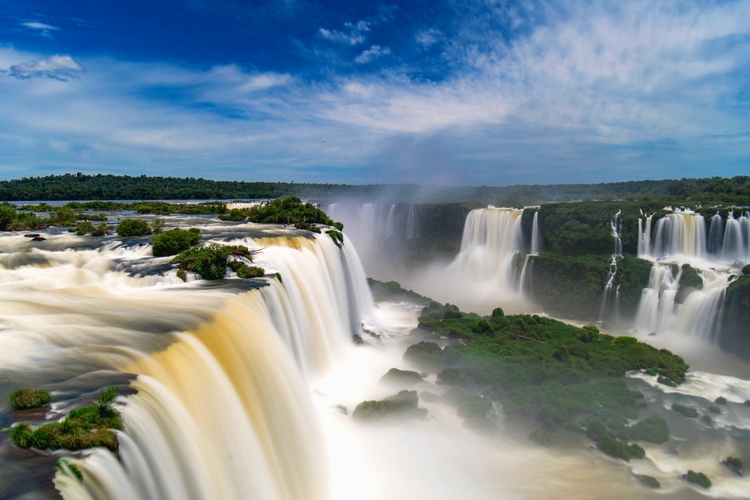 Another scenic destination that has risen in popularity in recent years. Puerto Princesa is located in the Palawan Islands in the Philippines, and the most famous place is perhaps the Twin Lagoon, pictured below. 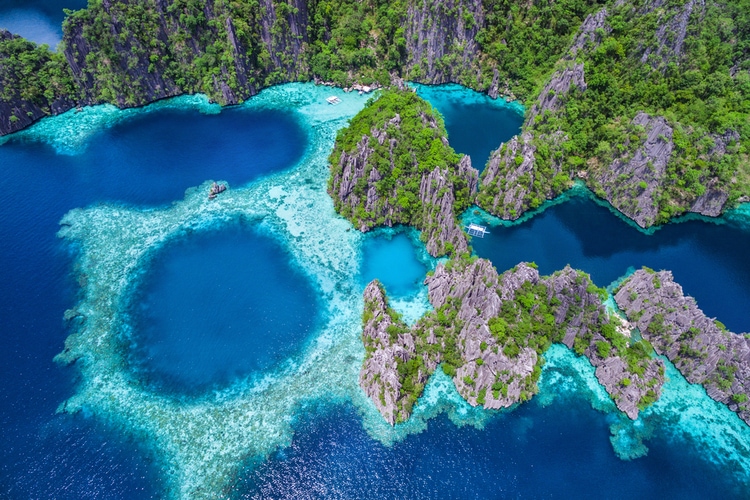 North of Hanoi in Vietnam, you’ll find another natural wonder of the world, more precisely Ha Long Bay, which is filled with rugged limestone cliffs, greenery, and scenery.

Visitors can go on boat rides in the Ha Long Bay, and even stay overnight at some of the islands. 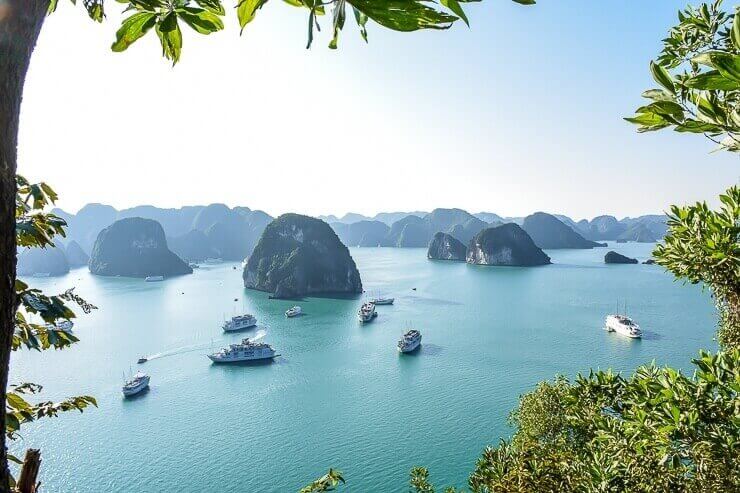 Did you know about the 7 wonders of the world? Leave a comment below! 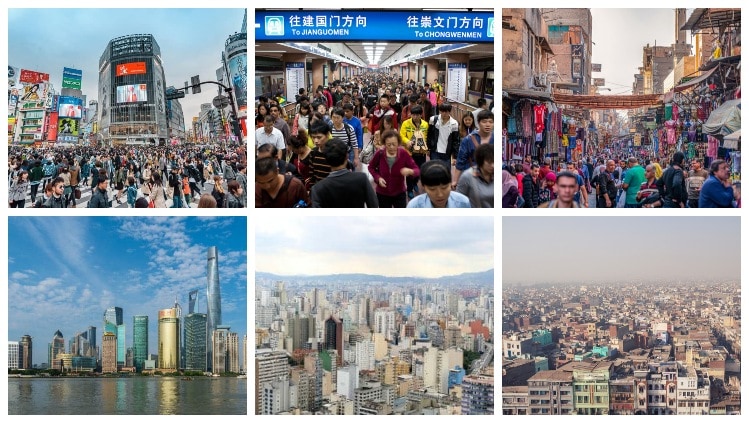 The Most Populated Cities in the World 2019
← Read Last Post