15 Movies who will give you some serious wanderlust 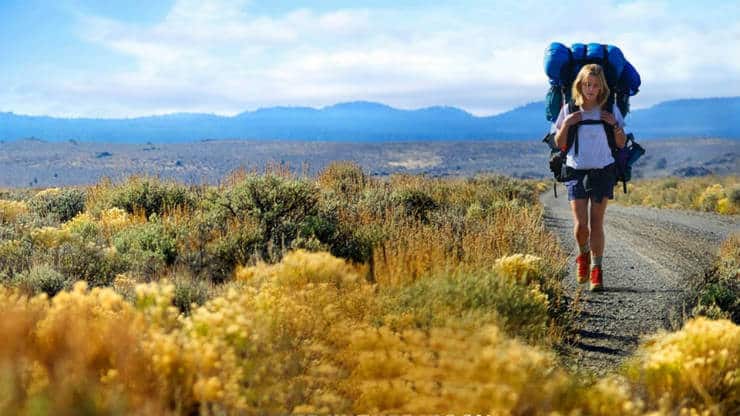 The film world has given us a whole bunch of great films in the genre of adventure and travel. The best thing about all of these movies, however, is the inspiration that you get and sometimes that extra shove in the right direction that one could need to take that final step out into the world.

In this article, I have selected 15 of my favorite movies about travel and adventure. The list is in no particular order, and all of them are superb films that are well worth seeing if you like to travel.

First up, we have a big classic in which a young Leonardo Di Caprio plays the lead role. The Beach has been a great inspiration to many backpackers around the world, especially in the early 2000s when the movie came out. The film is set in Thailand and still continues to inspire people today to explore what it’s like to live like a backpacker.

A Map of Saturday

This movie is a mixed documentary and film. Scott Erikson resigns from his job in America to travel the world for a year. He films everything on his own or with the help of people he meets along the way. A Map of Saturday gives you an idea of what it’s like to travel around and stay in hostels, both the negative and the positive.

On the whole, this is a very enjoyable movie to see if you’re eager to explore the world. For me, it made me incredibly psyched up to travel around the world after seeing the film.

This movie is based on a real event, and the story is about a newly graduated top student and athlete in the United States. Even so, he’s not happy and decides to venture out into the Alaskan wilderness to find himself. He begins his journey by giving away all of his savings and gadgets to charity and then make his way to Alaska by hitchhiking.

Samsara is a unique film without sound. Instead, it is the visual context that speaks, and you get a deeper insight into the man’s interaction with nature and how modern society is affecting everything from an objective perspective.

In addition to amazing places that makes you want to travel, the film could also be an eye-opener that makes you think about the choices in life and change for the better.

Up in the Air

Up in the Air is a comedy with George Clooney in the lead role. In the film, he has a least different profession. His job is to go around the world and fire people in a nice way. You also see more about the life as a frequent traveler and the advantages and benefits it can bring. Every trip he will give him points (flight miles), and the more you have, the more respect you get from other travelers and businesses in the travel industry.

Maybe not the best film on the list, but certainly a fun and enjoyable film.

This movie is perhaps the most famous travel film out the. Seven years in Tibet came out in 1997 and is based on a true story where an American climber named Heinrich Harrer befriends the spiritual leader Dalai Lama. The film is unfolding at the same time as China took over Tibet.

Everyone growing up during the first part of the 90’s have probably seen this classic. Eurotrip is about a couple of young people who go away and backpacks in Europe. They’re partying a lot during the trip and meet lots of people.

If you’ve been backpacking in Europe yourself, it’s easy to recognize several situations which occur in the movie.

Do you enjoy hiking? Then the film “The Way” is for you. It’s about the hiking trail “El Camino,” which is a classic pilgrimage Christians have walked for centuries. From the beginning, the movie is about a young man who decided to walk the El Camino, but the main character shifts quite quickly to the young man’s father after his son passes away on the first day.

The father then gets a call and decide after many ifs and buts to wander the entire “Camino” in honor of his son. The story is then about the older man and his journey and all the people he meets along the way.

I liked this movie very much and thought that it was both entertaining and had a lovely message.

Based on a real event, and as the name suggests, a hike up to Mount Everest. In the film, we follow a crew who have come all the way to Nepal to climb the world’s highest mountain. You will see how they prepare, socialize and the way up to the top, both the positive and the negative.

Wild is one of the newer films on the list, and it’s about a girl who decided to walk the 1770 kilometers long Pacific Crest Trail. Here we’re talking real girl-power. The leading character is played by Reese Witherspoon, which performs the role perfectly.

A fun comedy with Jack Nicholson and Morgan Freeman play two older men dying. In the film, they flee together from a treatment center for cancer patients and because one has a lot of money, they can go out on a dream trip.

The purpose of the trip is to meet its so-called bucket list of things to do before they die. An entertaining film, which also makes you realize how dear and fragile life is.

There is no better time than now to fulfill your dreams. You never know when it’s too late.

The art of travel

Conner Layne is about to marry his first love, but the wedding plans get a quick and abrupt end, yet he still decides to go on their booked honeymoon trip in Central America all by himself. The art of travel offers both stunning locations and landscapes, but also a fantastic journey where Conner Layne gets the chance to discover himself after he was cheated on by his first love.

A hiking movie that depicts the unlikely journey that Robyn “the camel lady” Davidson conducted in the 70’s. She walked 2735 kilometers through Western Australia with a dog and camels as her only companions. At this time, this kind of trip was virtually impossible to do as a woman, and she was, therefore, followed by a great deal of media teams including National Geographic.

An excellent movie who will give hikers around the world some serious wanderlust.

Like wine? Well, then “A Good Year” is flick in your taste. Russell Crowe plays a stiff and tense banker who is forced to return to his uncle’s vineyard. From the beginning, the only reason why he even goes there is because he wants to sell it, but the beautiful countryside and a certain French mademoiselle get him to come round quite quickly.

This film takes place in Ecuador and takes you on a fantastic journey through this beautiful country. The story will let you follow two people who both need to get to Cuenca. The bus trip that usually takes 5 hours gets canceled due to the strike and decides, therefore, to hitchhike together all the way to Cuenca.

Top Things To Do In Warsaw
← Read Last Post